The FDA has been investigating a Scombrotoxin outbreak that has sickened 47 people between August 8, 2019, and October 15, 2019, in at least 10 states including DE, MA, MD, NJ, NY, OH, PA, RI, VT, and WV. Tuna from Truong Phu Xanh Co., LTD of Vietnam has ben identified as the source and could have been sold thawed or frozen as ground tuna meat, poke cubes, steaks, or loins; this product could still be within its shelf life.­­ 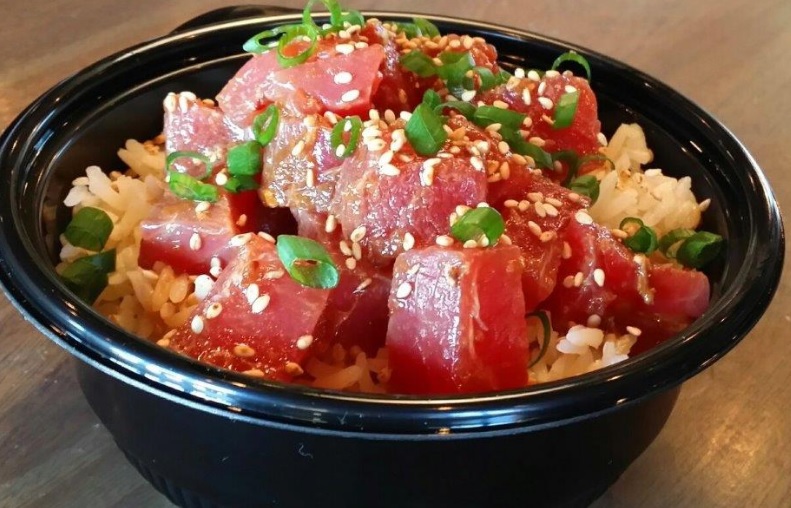 The FSIS traced the source of this outbreak to the ground beef sold by Central Valley Meat Co., Inc. which originated a recall of more than 30,000 pounds of their ground beef products. One more person was reported sick with this Salmonella strain, making it 11 persons sick so far.

As of November 1, 2019, a total of 10 people infected with the outbreak strain of Salmonella Dublin linked to ground beef have been reported from 6 states: CA, CO, IA, KS, OK, and TX. One death has been reported in California. Of nine ill people with information available, eight (89%) were hospitalized, which is much higher than we would expect for Salmonella infections. 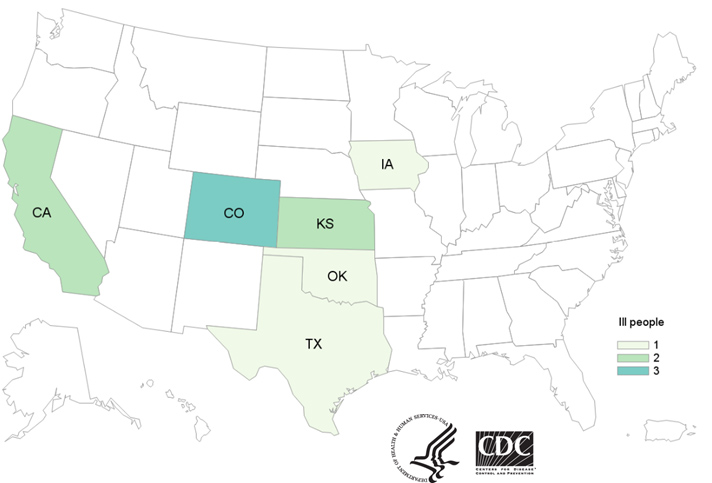 The FDA has just released a statement regarding a recent e. Coli outbreak linked to Romaine lettuce that has caused 23 cases of sickness in 12 states between July 12, 2019 and Sept 8, 2019. The investigation has concluded and the CDC and the FDA did not identify any ongoing threat or actionable information for consumers to act on. 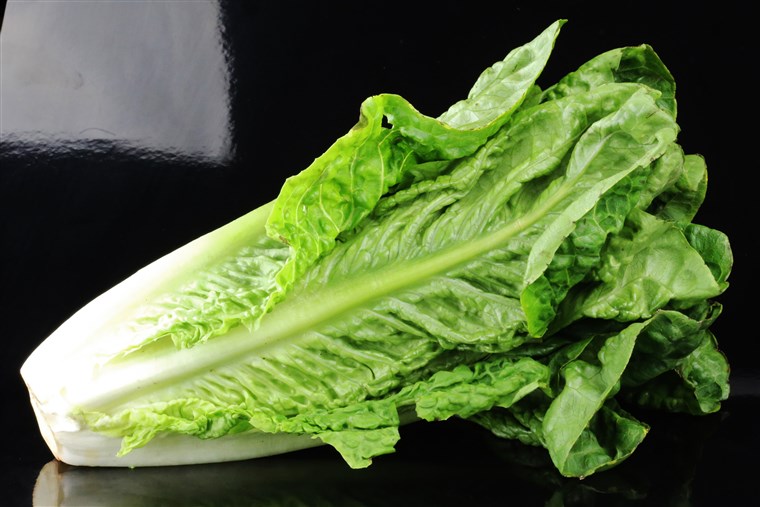 Hepatitis A case confirmed on Brother’s Produce in Paterson, NJ

The New Jersey Department of Health issued a Public Health Alert indicating that one food handler was tested positive for Hepatitis A while working on Brother’s Produce (Paterson, NJ). This worker was potentially infectious between Sept 30 and Oct 5, 2019. 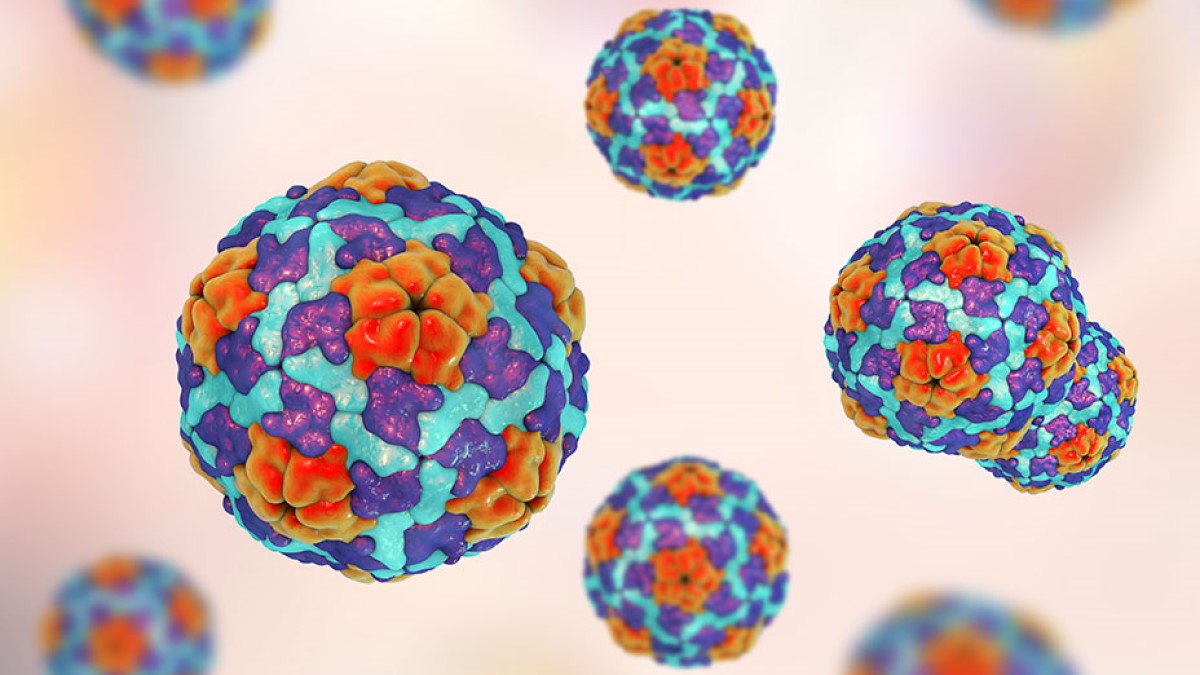 Consumers who purchased products from there between September 30 and October 5, 2019, please read more for the next steps.

The FDA published a recall notice of Arla Apetina Marinated Feta & Olives in Oil, Pitted by UNFI as this might have been exposed to higher temperatures than the required for the proper storage of the product which may allow the growth of bacteria such as Clostridium Botulinum. No illnesses have been linked to this recall to date. 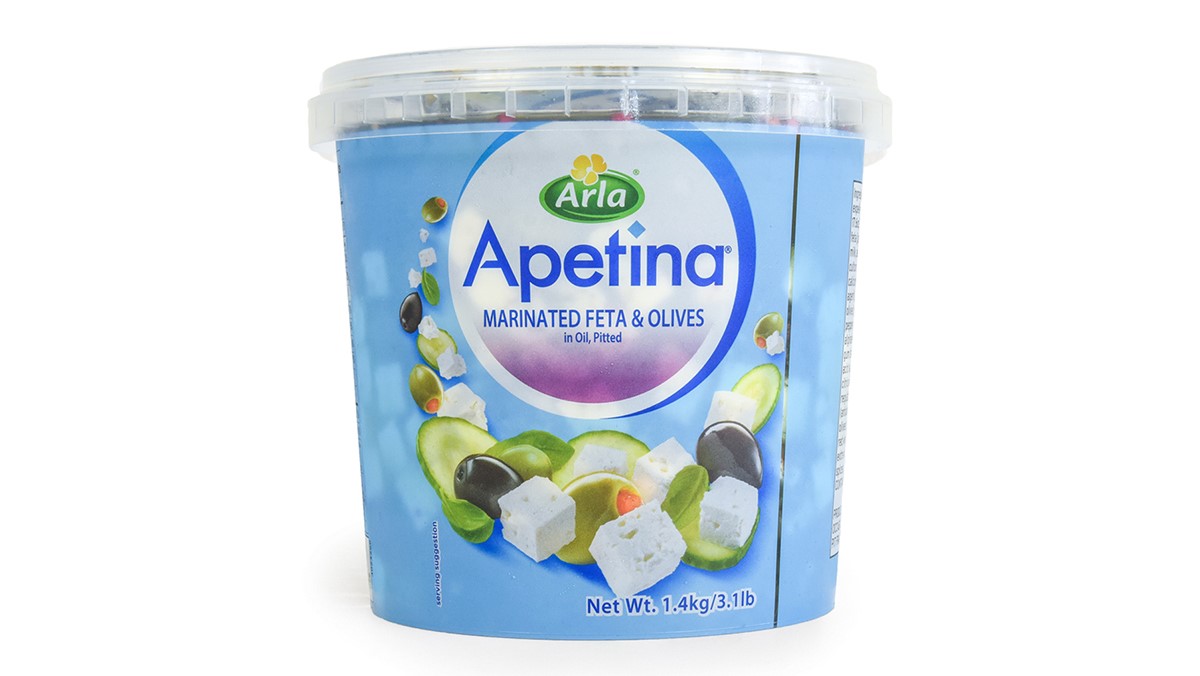 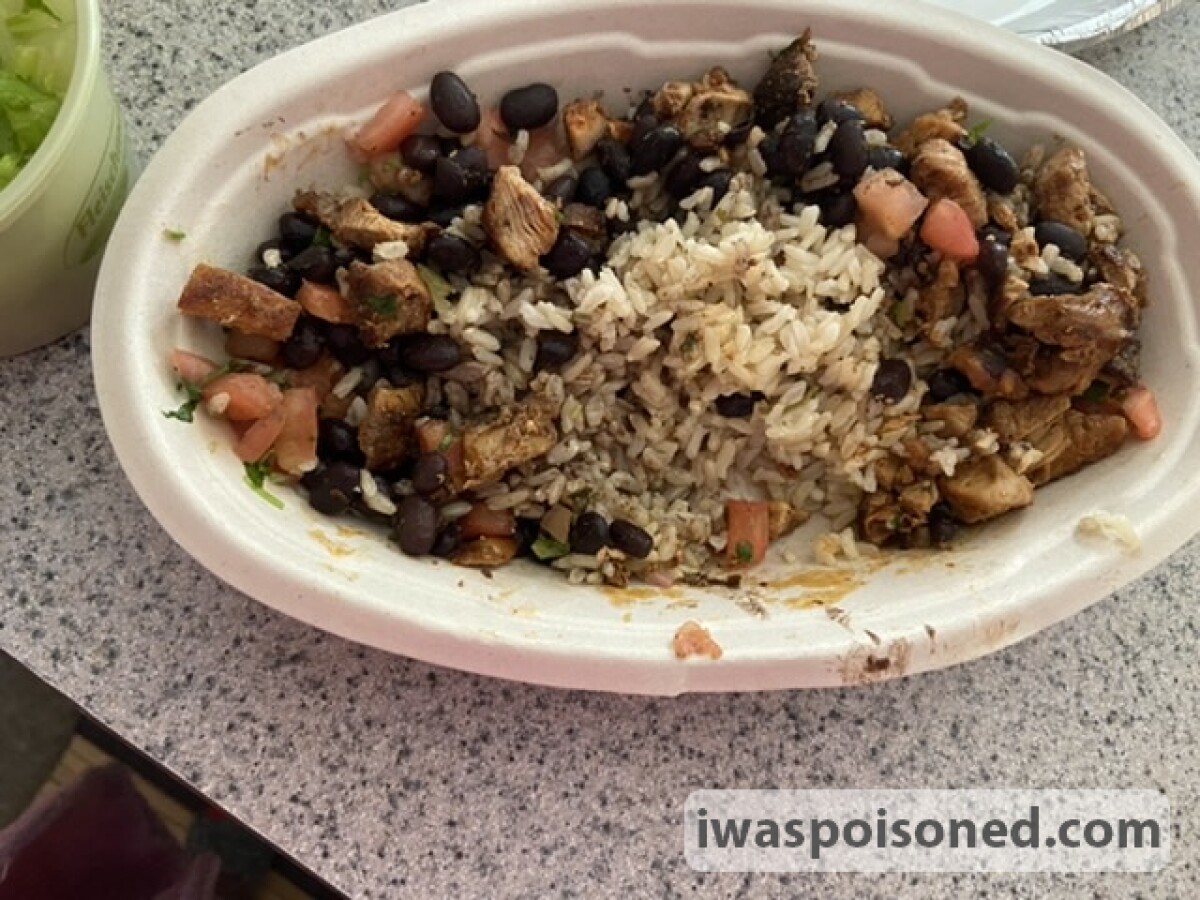 “Burrito Bowl I bought a bowl on Monday around 3:30pm. They prepared it wrong so they made another one and gave me both. I ate one bowl when I got home and refrigerated the other one. I ate it for lunch the next day. I was nauseous with a terrible... See More headache all night and couldn’t sleep. I woke up feeling worse with diarrhea and no appetite. I’m home alone and too weak to drive to the ER. ”

“Me and my son were sick for a week with vomiting and Diarrhea. My son had to go to ER. We went fishing and Ate there for lunch. Two days later we sick as a dog with vomiting and diarrhea. Found out we had intestinal bacteria infection from the seafood.... See More Wow what a horrible experience. ”

“Yesterday at 1pm we went there and my husband and I got hard shelled tacos and I ate a Mexican pizza, all with ground beef. The beef was greasy and watery, not normal, but we were starving and it tasted good. He started to feel sick within 2 hours and... See More it took me 3 hours, we both started cramping, having diarrhea, nausea, headaches, and dizziness. We both still feel sickness on and off almost 24 hours later and cannot eat today. YUCK! We have never ate at this place and will never again! ”

“Yesterday I ate cookies then after maybe two hours I had too much pain on my stomach .I even scream and cry because of pain and today my pain is not that worst but I got now also a big headache and my body is like dying vegetables.Maybe it is... See More because of cookies because last week I also ate oreo during afternoon then during the evening I got a lot of pain on my stomach but this time I have worst pain than last week. Yesterday I dropped buy in a store and bought some cookies ” 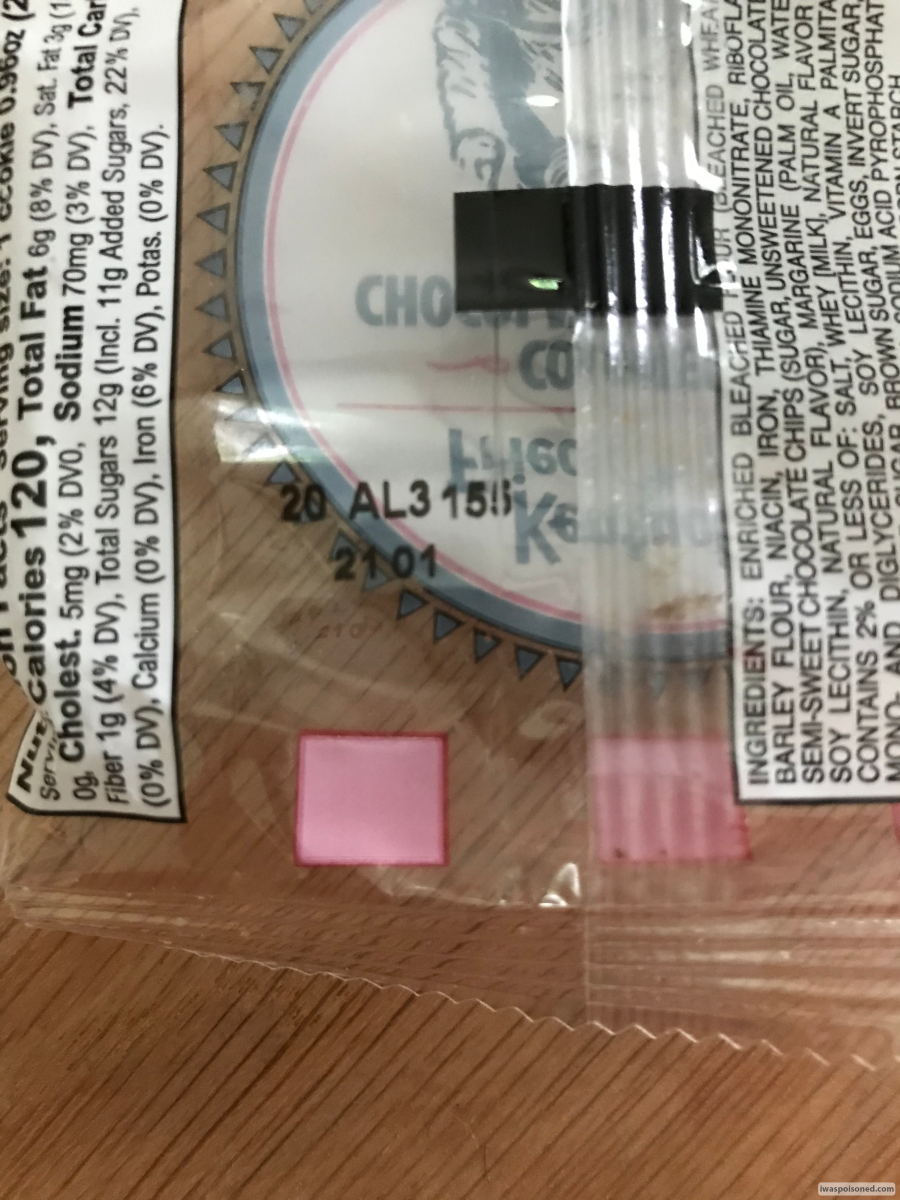 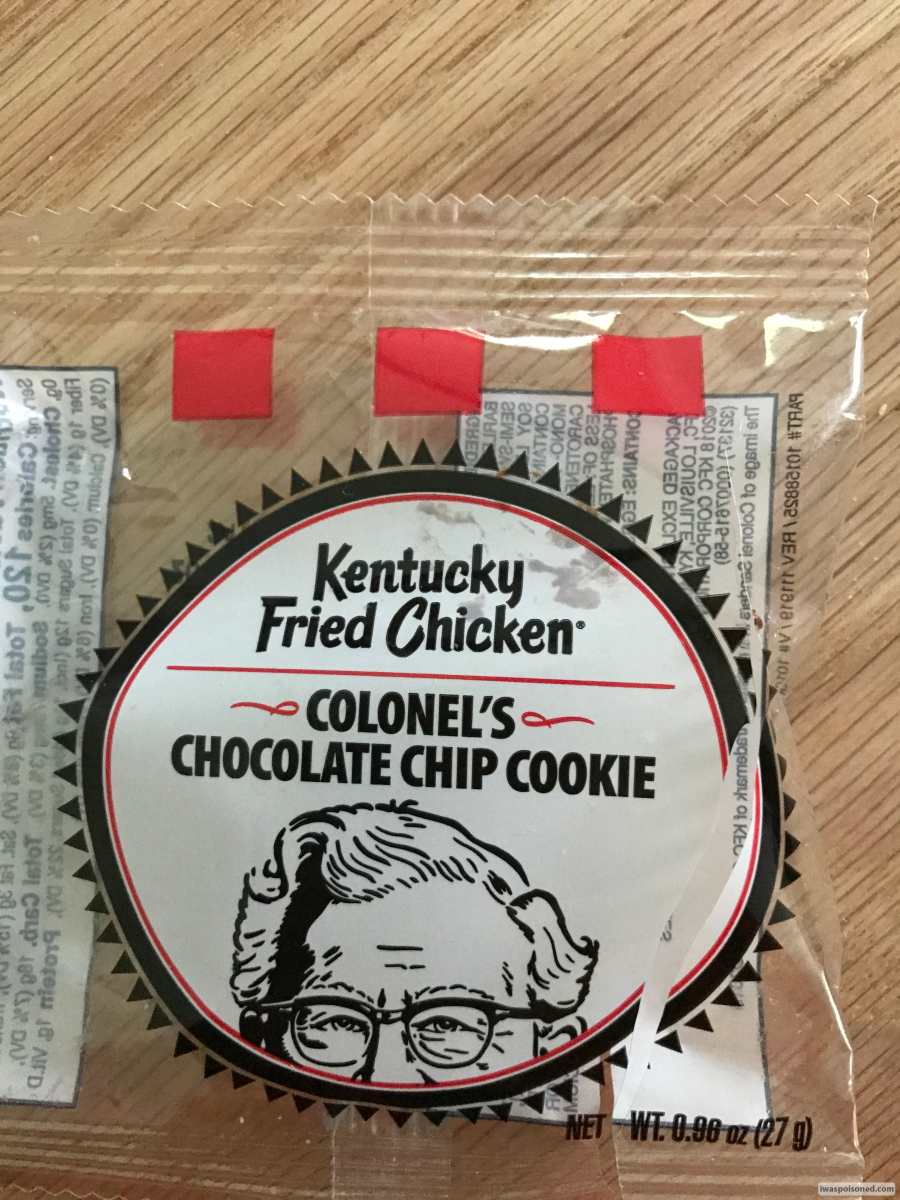 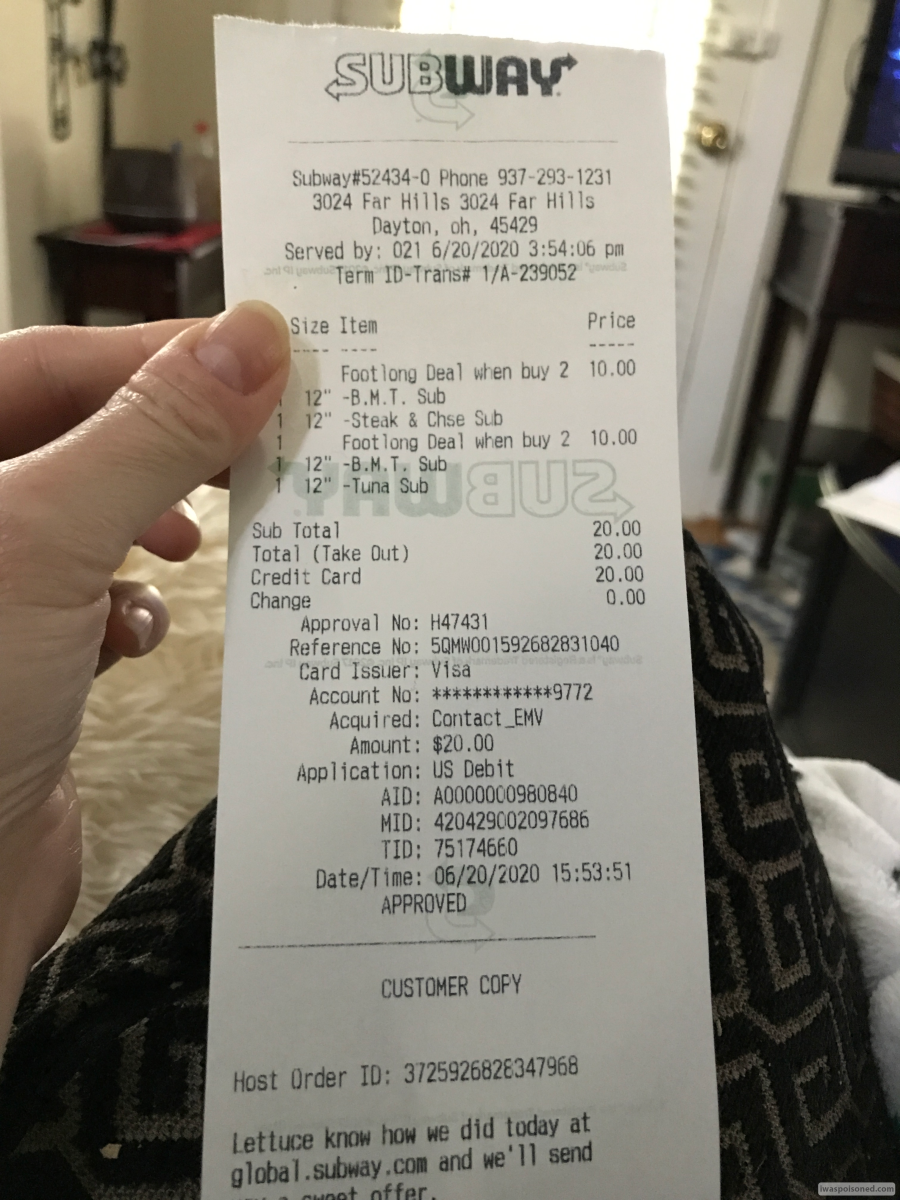 “I bought three Amy’s Chinese noodle. The first two tasted a little funny. And gave me diarrhea. The third one tasted fine but I immediately vomited after eating. I had target pull all of the Chinese noodles from their shelf. I contacted Amy’s and they said it was an isolated... See More incident and nothing is wrong with their food. Since then I have continued to consume their frozen food and keep getting diarrhea. I have eaten Amy’s for over a year and I have never experienced anything like what I have recently. I even started purchasing from other vendors. Not sure what’s going on ”

“Stopped there for the first time excited to eat. Got 5 carne asada tacos to share between 2 adullts and a child. 4pm. Within an hour we were in digestive distress. Great pain, followed by diarrhea. 6 hours of distress so far. ”

“Last night I made a salmon burger baked in over 400 degrees -10 mins on each side. I ate one burger without
bun. 20 mins later I had stomach cramps that were extremely painful. Now is 12:00 next day still nausea.
very tasty in my freezer very strong in order. ”

“Vaughan, Whenever i had 2for 5 and iced Cappuccino in this location i got sick, after I quit 2 days from their food, i was fine. for just making sure, I tried yesterday again. and i can 100%sure it's their food........ ”