Patrick Quade, founder of IWasPoisoned.com and DineSafe.org recently was a featured speaker at the 2019 Central Atlantic States Association of Dairy Food and Drug Officials (CASA) in their Baltimore conference held on Sept 17 where he talked about food safety in a digital age using social media. Also, Patrick had the opportunity to talk about how sites as iwaspoisoned.com crowdsource information and how this information can be integrated as an extra tool for the surveillance of foodborne illnesses by public health departments.

The FDA published a recall of five-pound bags of Gold Medal Unbleached All-Purpose Flour by General Mills. No illnesses have been reported so far. 76 salads and wraps that contain spinach are being voluntarily recalled by Urban Remedy as they may be contaminated with E. coli according to the FDA. The recall initiated after spinach from a supplier tested positive for E. coli bacteria. No illnesses have been reported so far. All of the recalled products have a use-by date of September 15.

Kroger is recalling Yellowfin Tuna Steaks and Seasoned Yellowfin Tuna Steaks products with sell-by dates from August 29, 2019, to September 14, 2019, after being notified by the FDA of multiple scombroid poisoning cases linked to the consumption of tuna steaks purchased from Kroger retail locations. Kroger is recalling all their tuna steaks products from their stores in AL, AR, GA, IL, IN, KS, KY, MI, MO, MS, NE, OH, SC, TN, VA, and WV. FDA also advises all consumers who purchased these items to not eat them and return them to the stores to a full refund.

Different lots of “MDH Sambar Masala” are being recalled by House of Spices (India) after it tested positive for Salmonella. No illnesses have been reported linked to this recall so far according to the recall notice published by the Food and Drug Administration (FDA). FDA advises consumers who have purchased the recalled products to return them to the place of purchase for a full refund.

“Eating from a restaurant. We went there for a meal. My hubby ordered a chicken and shrimp dish with fried rice. The chicken and shrimp was cooked at the table. When I tasted his dish the chicken tasted rotten. He thought it was just bland. He ate his meal. That... See More night he had a loose tummy several times and vomiting. ” 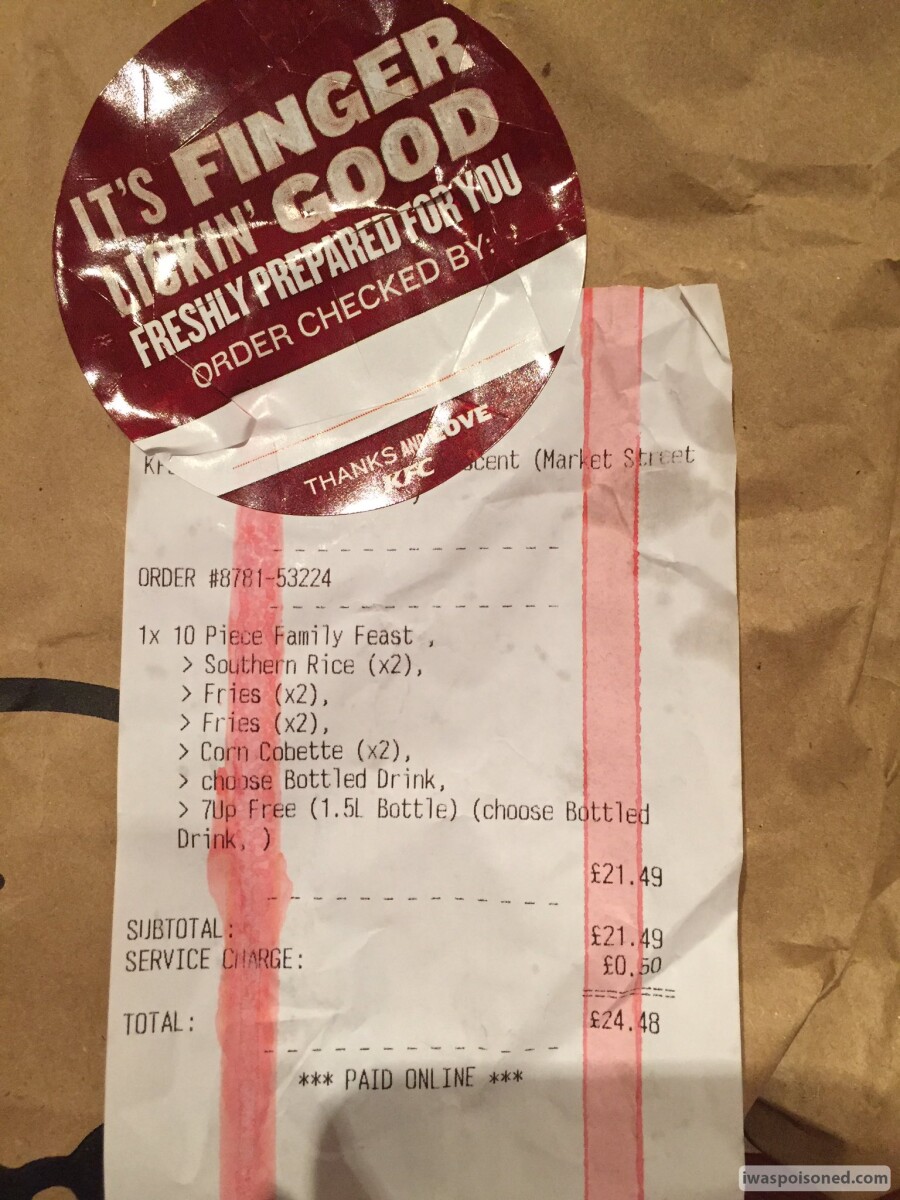 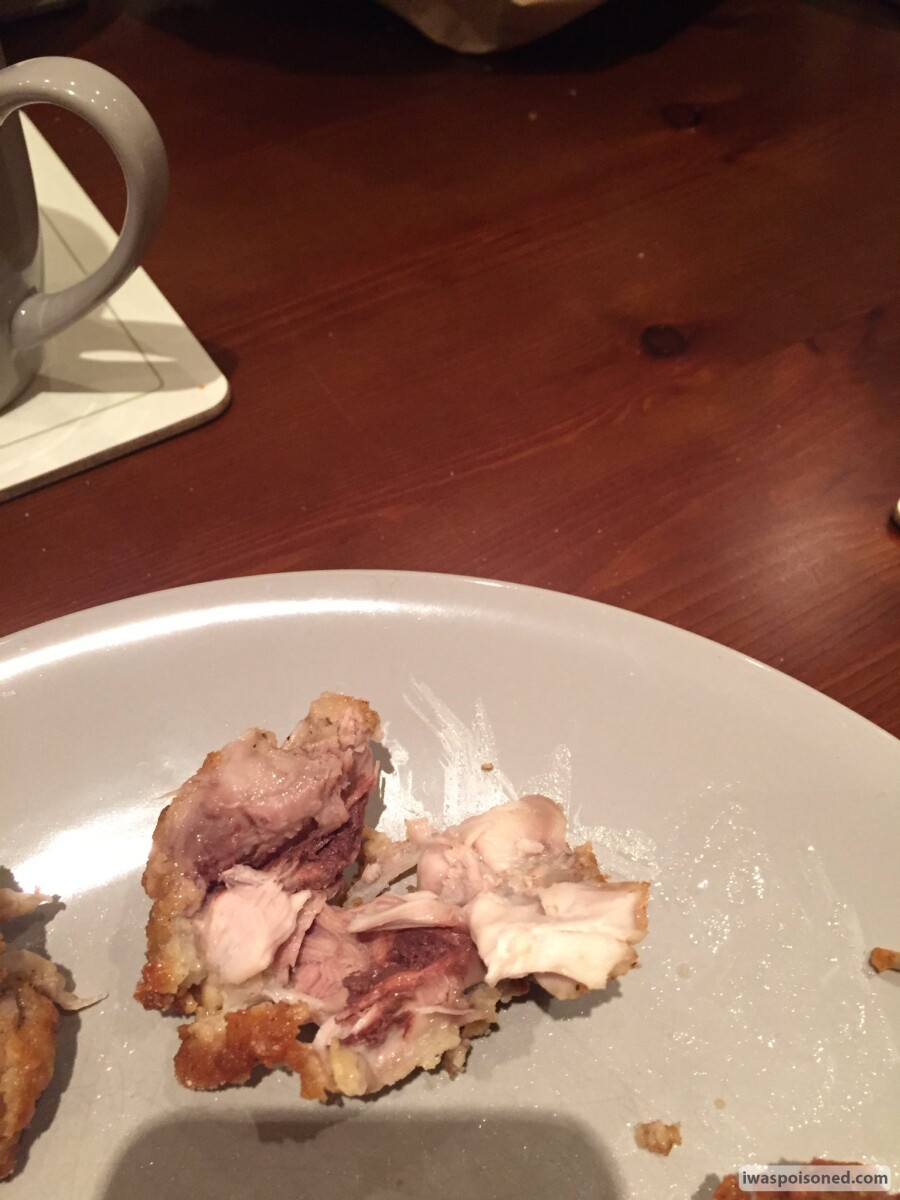 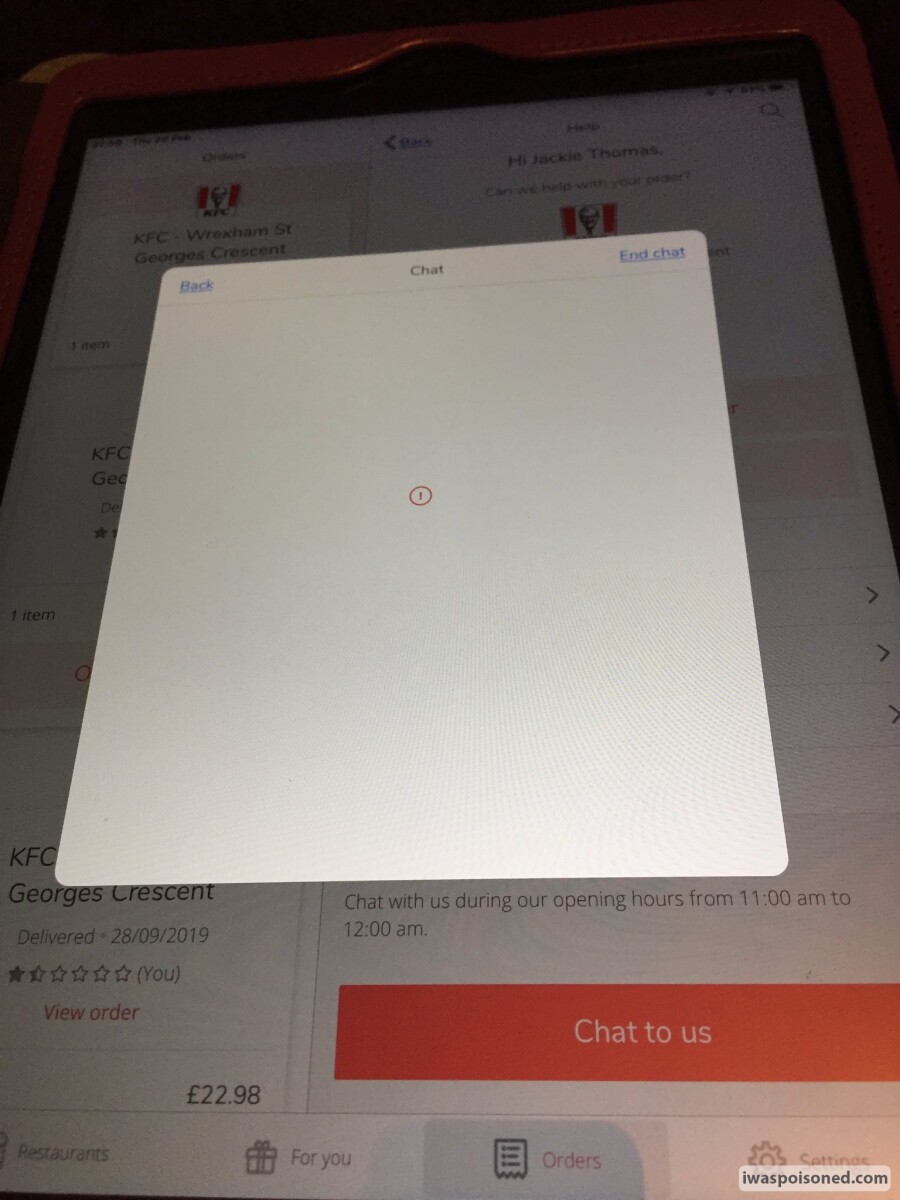 “our customer service is shocking. Order No.878153224 missing items 2x rice & 2x corn plus one piece bloody chicken. you don’t answer your phone and Just Eat you online chat doesn’t work. Don’t like having to do this but you leave me no option. ”

“I ate the Singapore Street Noodles and I thought that they tasted amazing. I got home and started feeling nausea and I have been up throwing up since then. I did not eat anything else today that was out of the ordinary besides the food from there.
My dinner party... See More of 3 all got sick. The symptoms began about 2 hours after ” 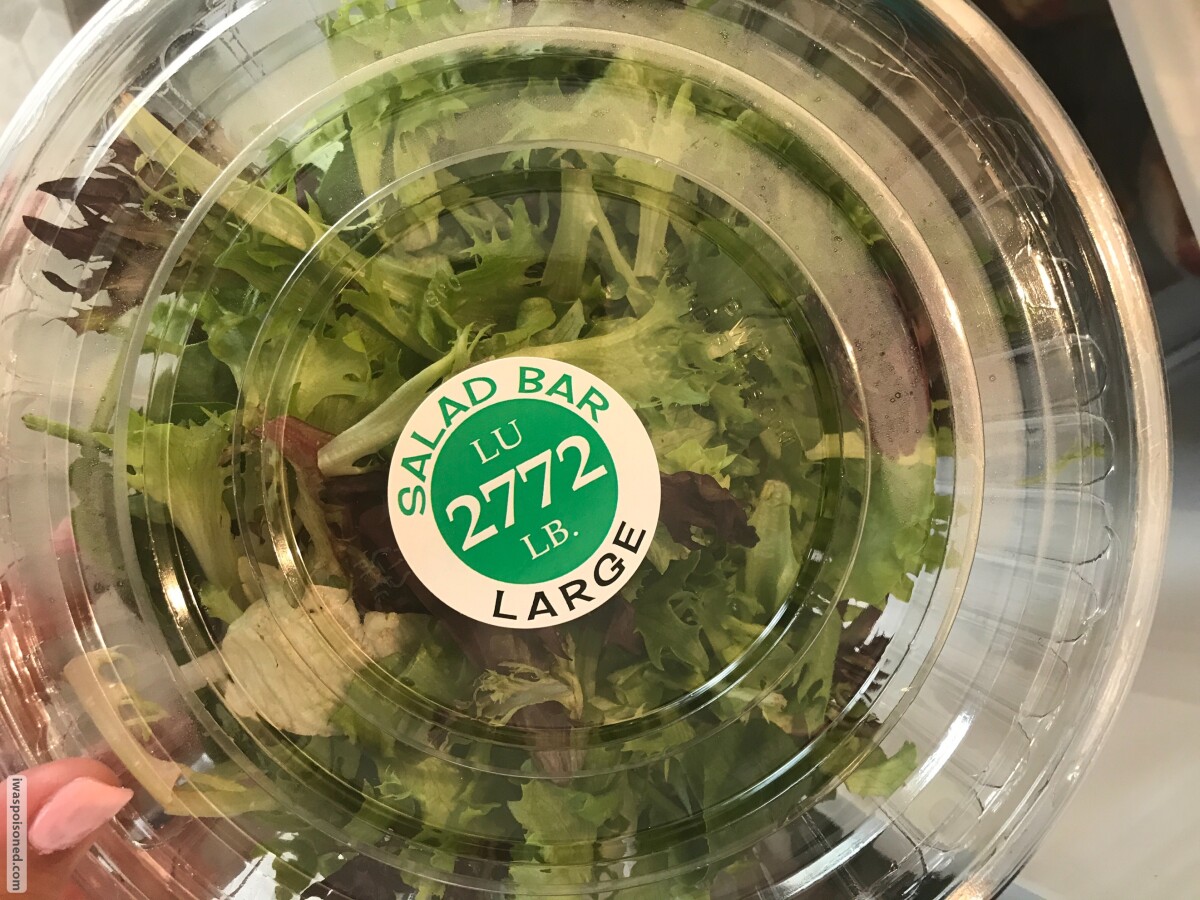 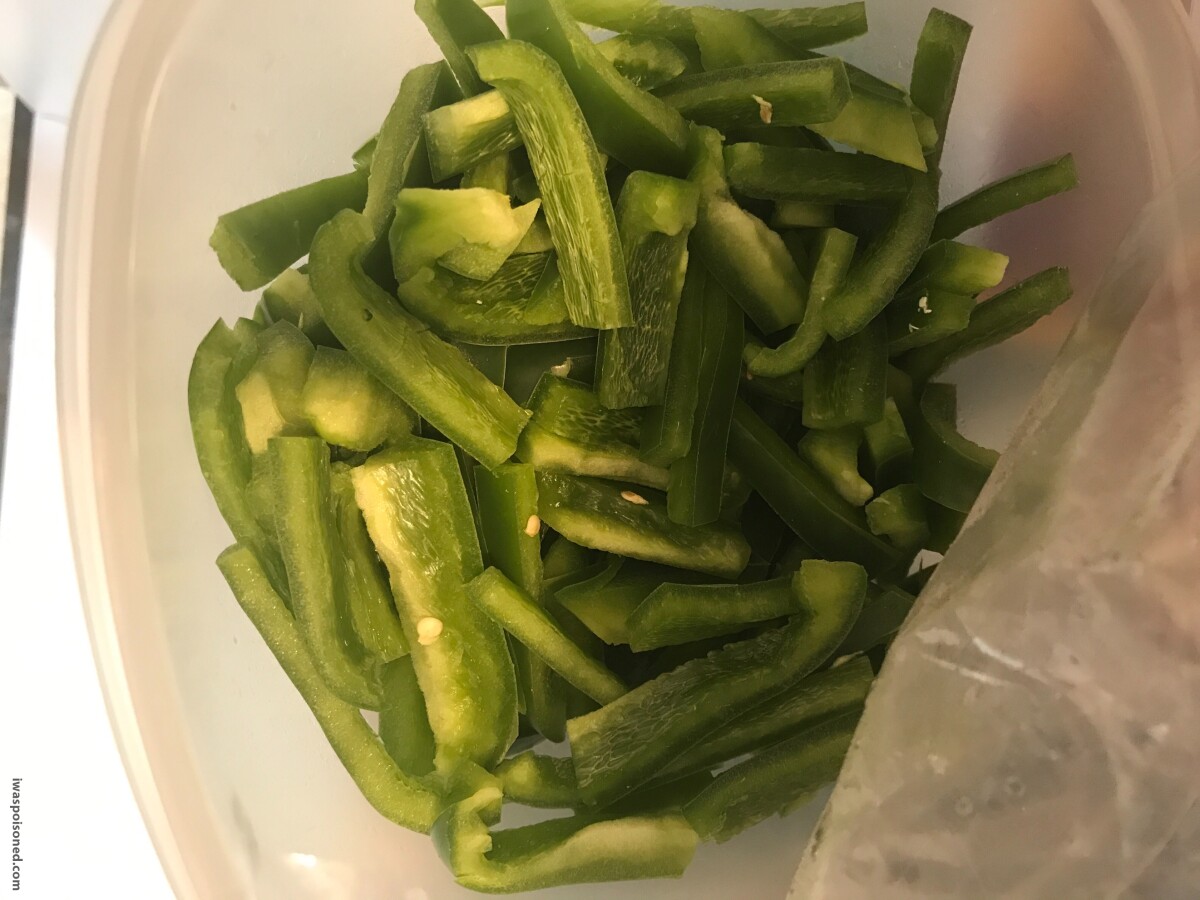 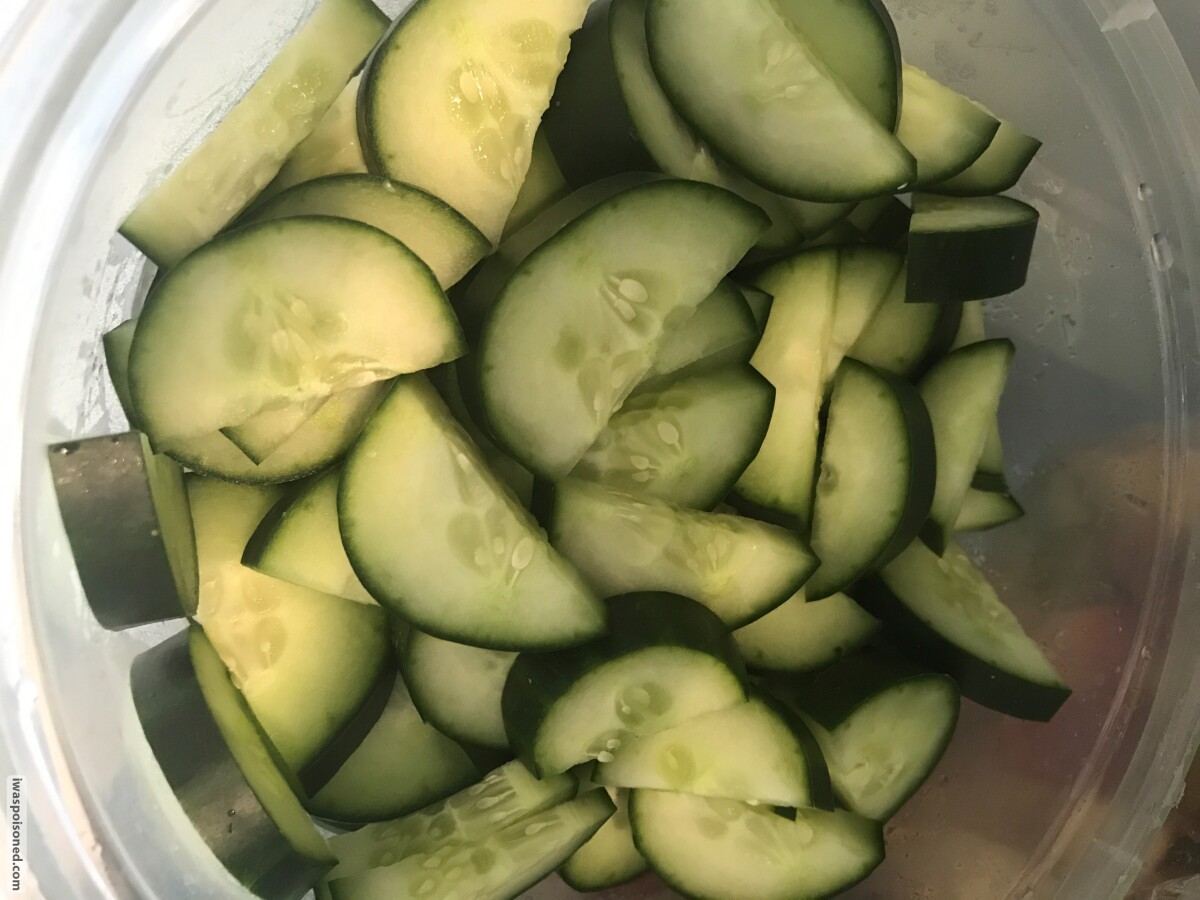 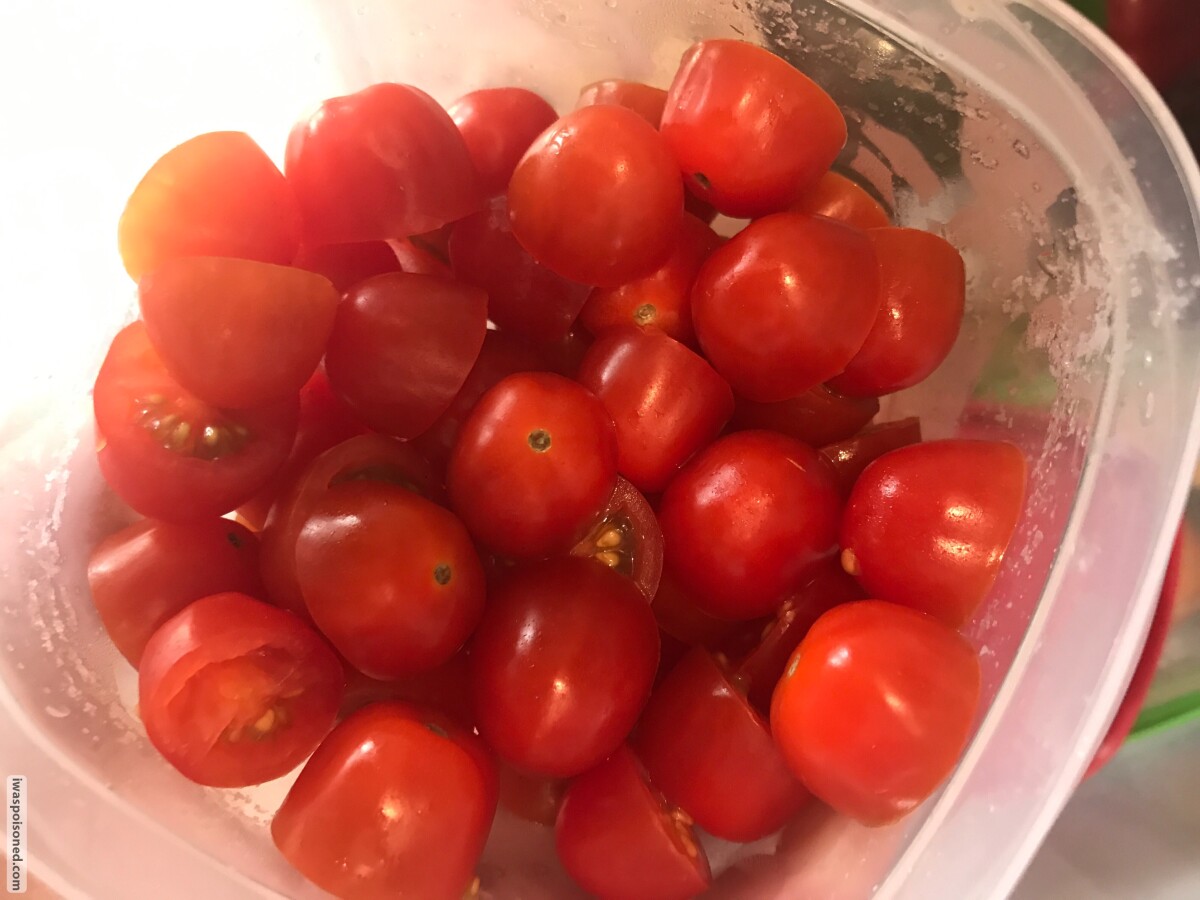 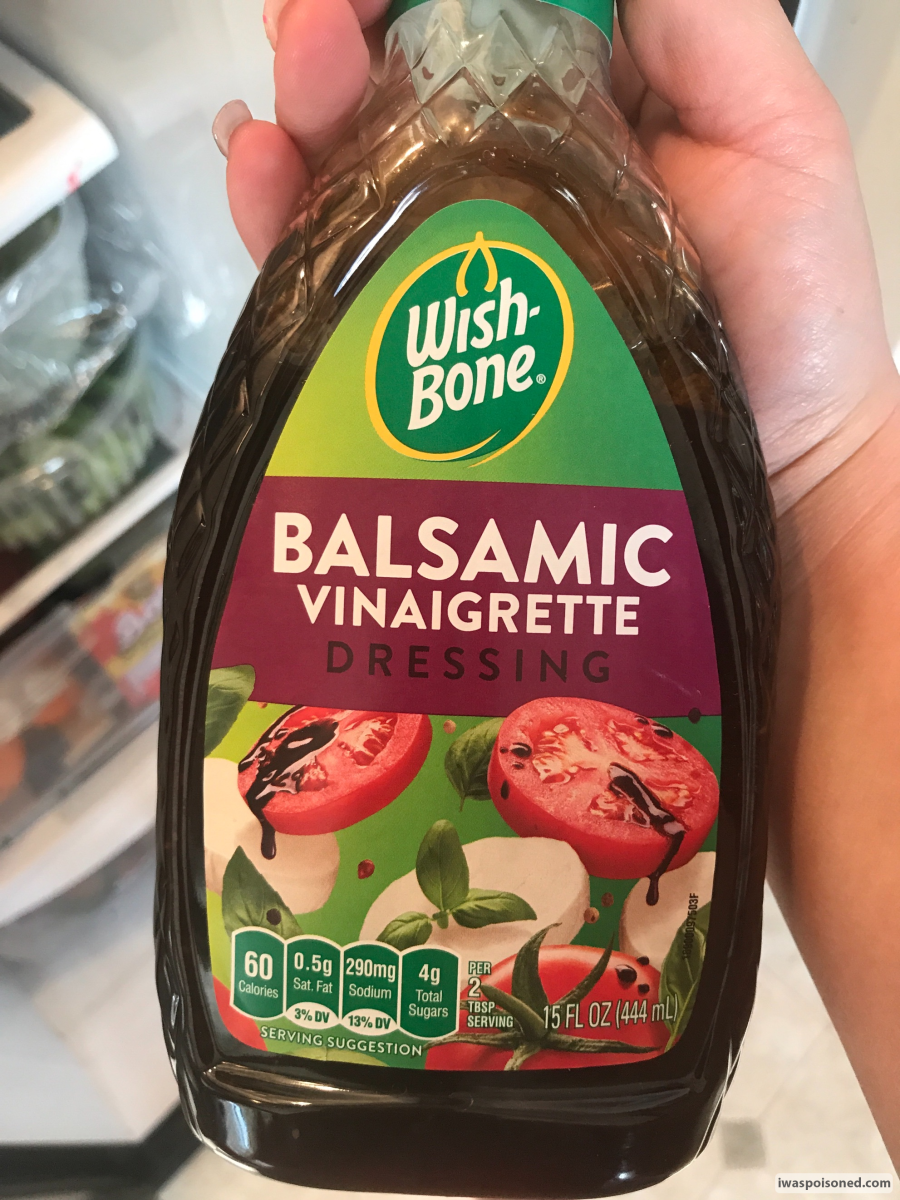 “Salad bar I had lettuce from the salad bar, and the following from the produce: cherry tomatoes, cucumber, green bell peppers. Balsamic vinaigrette dressing from wishbone. Sick with distant vomiting within 30 mins  ” 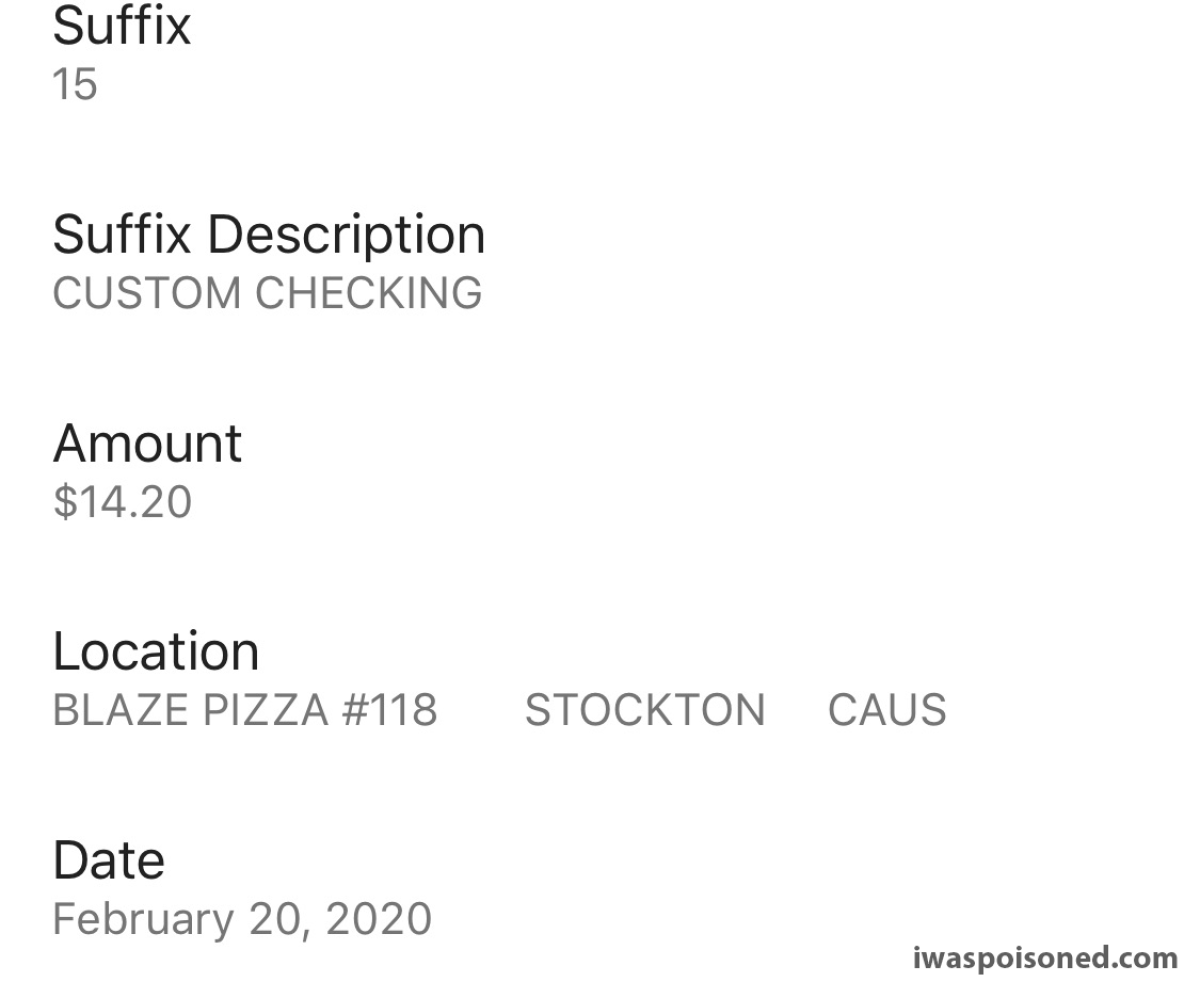 “Picked up build your own pizza at 230pm, started to feel bloated and burp a lot around 4pm. Started to feel nauseous around 8pm. Started throwing up and having diarrhea around 11pm. All night long. Still not feeling well. DONT EAT HERE! ” 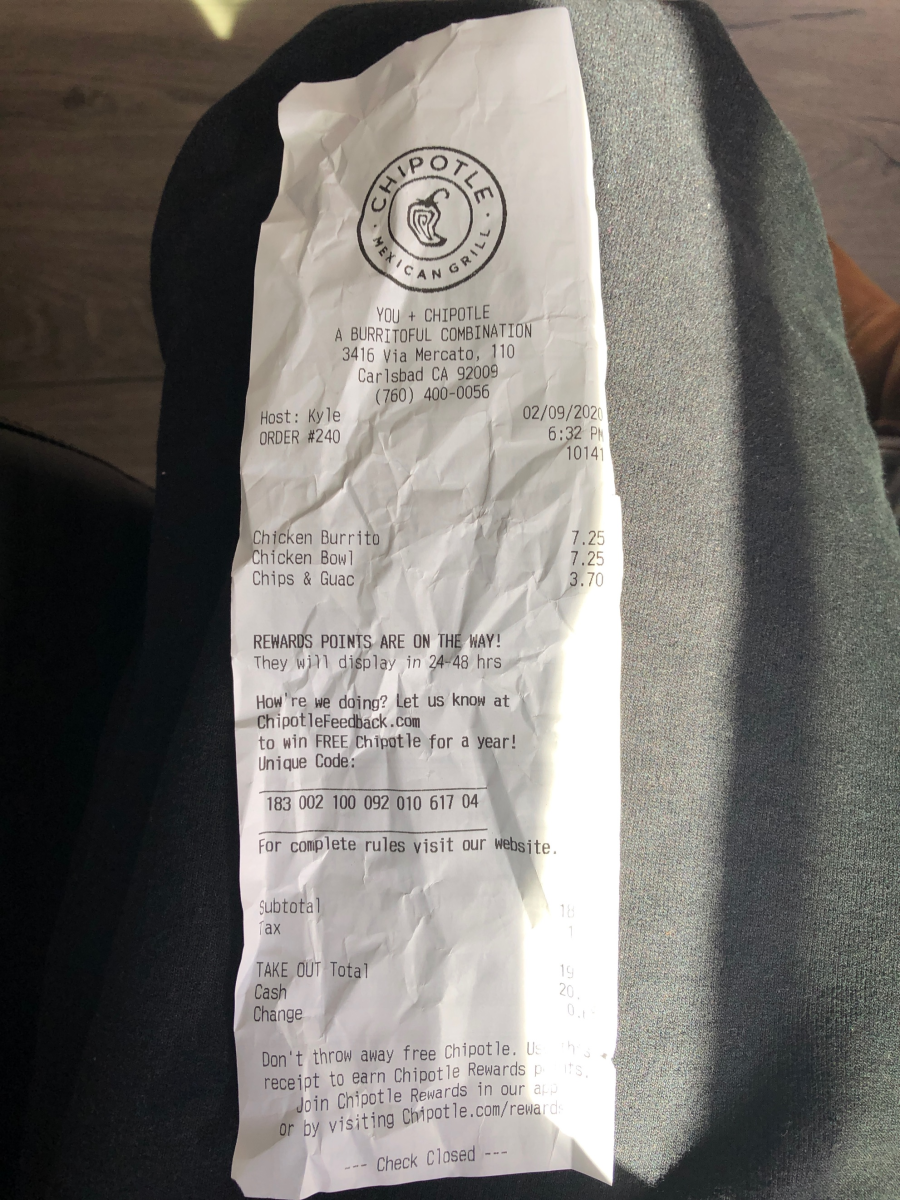 “We had dinner Sunday night. My husband had a burrito but I had a bowl with romaine lettuce. I ate all the romaine but didn’t finish cause i was full. I ate around 7:10pm. I woke up at 5am and I felt nauseous. From 9am-11pm I vomited and had some... See More major stomach cramps. I had to call my husband to leave work because I started having major cramping and couldn’t stand up to stay alert  ” 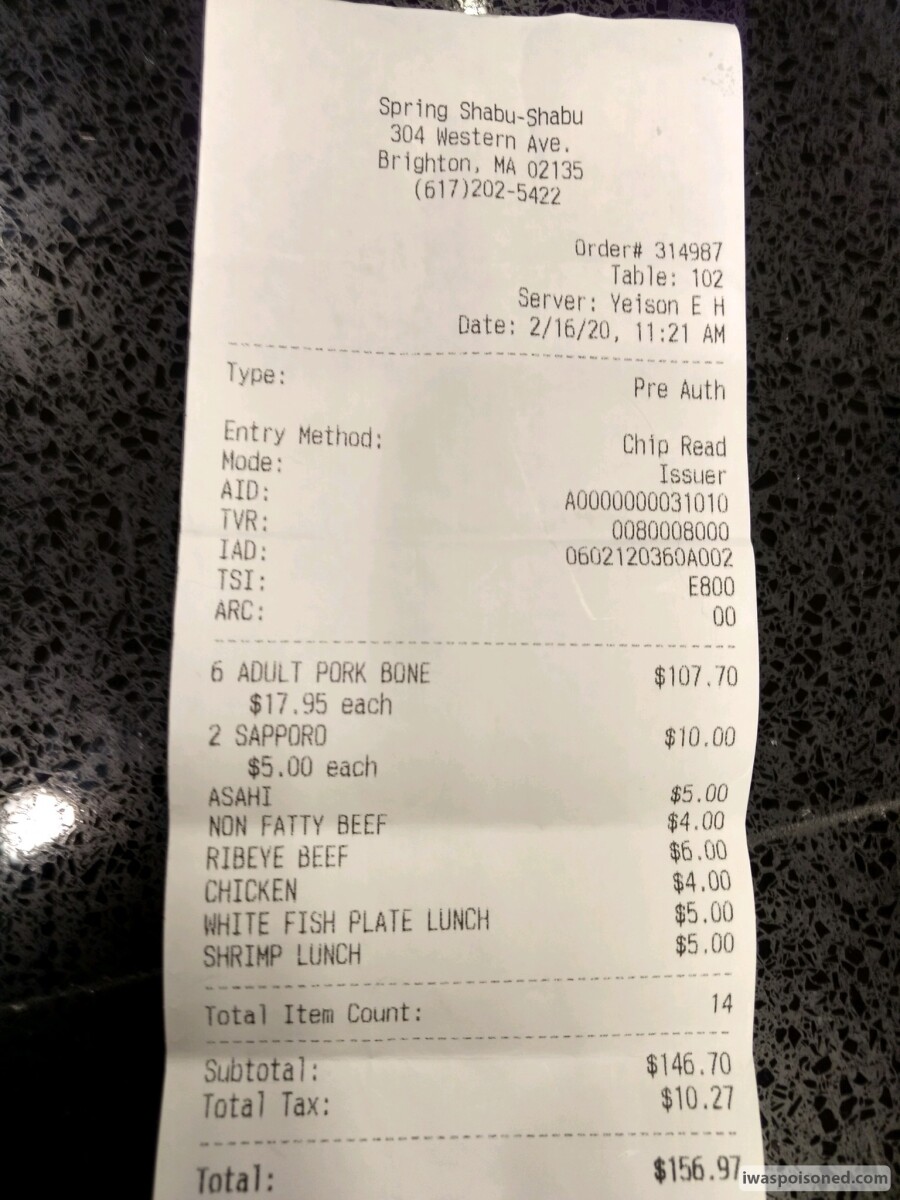 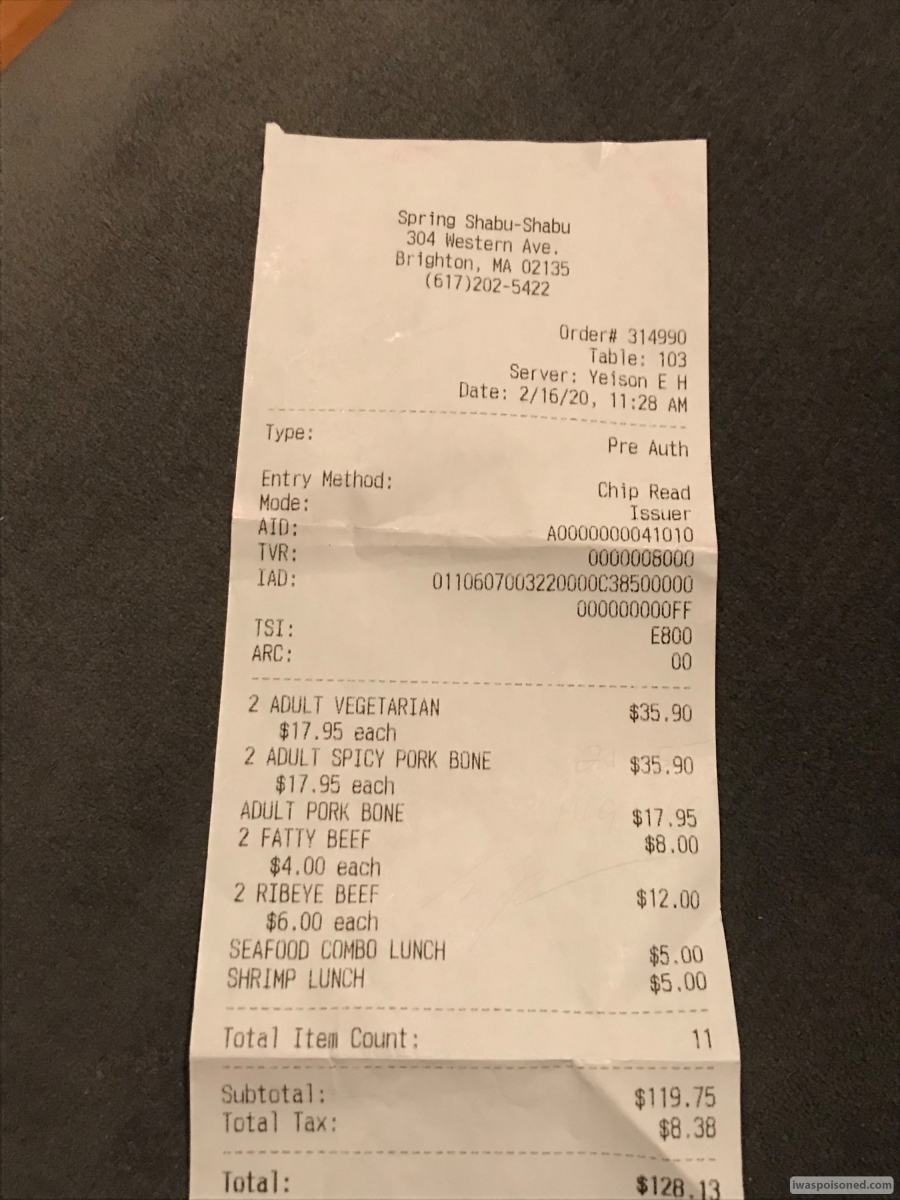 “We went to the restaurant Sunday February 16, 2020 11:30 , 11 people , two different tables. We all 11 people started to get sick between Monday afternoon and Monday night. We have have one person is vegetarian got sick too, could it be E Coli? ” 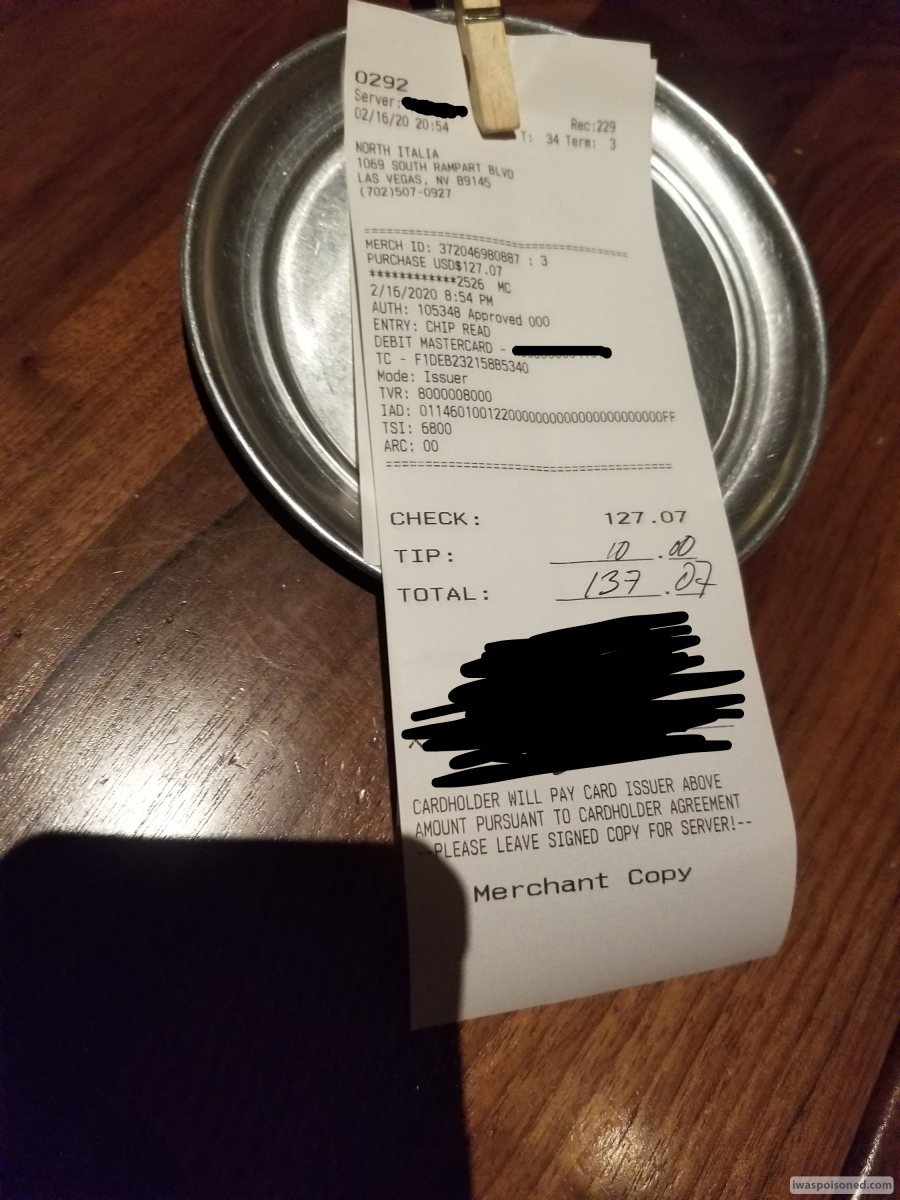 “Had a salmon with a pesto pasta, I also had 1 slice of a margarita pizza. That was on feb-16-2020 around 8pm
Even though the service was horrible due to the fact that they were very busy, the food tasted delicious.
That's all I had all day as for food.... See More
A bit after leaving the restaurant my stomach was cramping and 4 hours after my dinner I got sick. Only i got sick
”

“Food Once we left the restaurant, everything was fine. We went to store to pick up a few things, but once it was close to 10:30pm-11pm then that’s when the symptoms came. My boyfriend began to feel nauseous and his stomach began to hurt. Around midnight is when he started... See More to vomit and also got diarrhea. ” 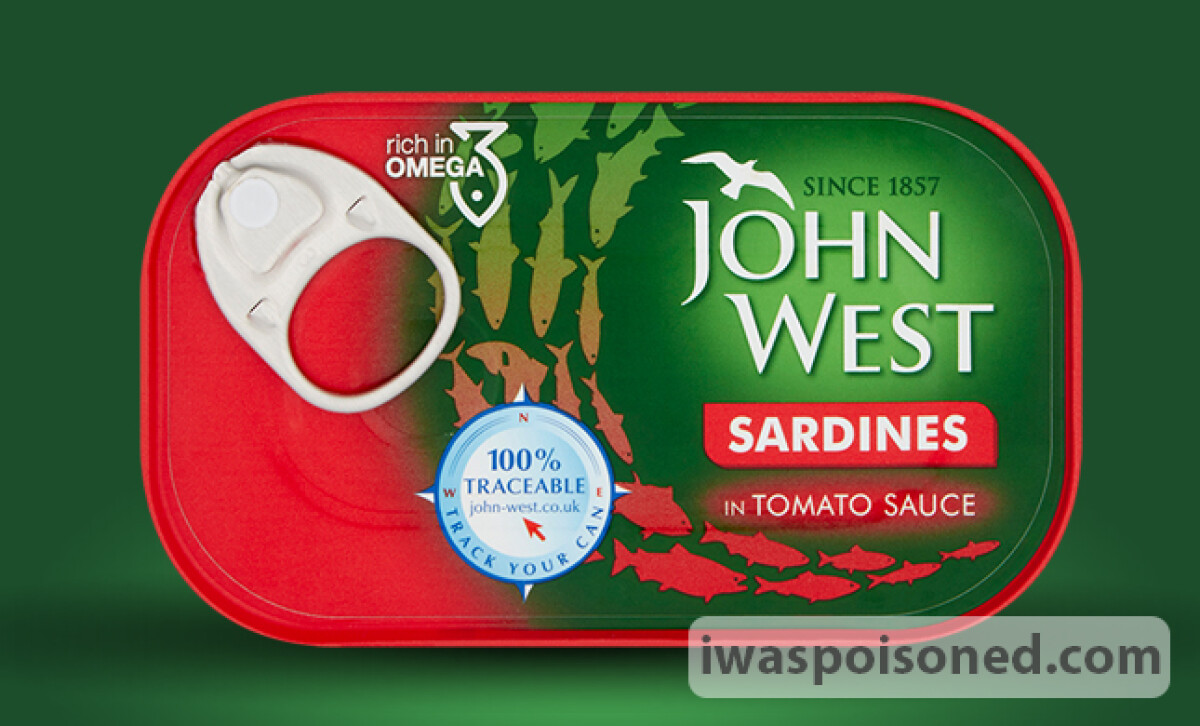 “FSA announced the recall of Sardines in Tomato Sauce by John West because of suspected bacterial contamination that has resulted in a small number of swollen cans.

FSA advises not to consume these products and to return them to the place of purchase for a full refund. The recall is... See More for two specific batch codes:

You can check the full recall notice on the FSA website food.gov.uk