My family and I last night ordered (03/29/18) 20 traditional Asian zing, 12 honey BBQ boneless, and 12 Thia Curry boneless wings from our local Chillicothe, Ohio establishment. I’ve previously had allergic reactions to chicken wings not being completely cooked, therefore I ALWAYS order them to be EXTRA crispy. I stressed EXTRA crispy numerous times while placing my order and told them why. I get them home to start eating and they don’t taste EXTRA crispy. I ate a couple wings and they had seemed to be okay, but weren’t extra crispy, how I ordered them. So, I immediately called in to talk to the manager on duty. She pretty much told me that I was lying, her cook cooked them for a few minutes extra, and that they were extra crispy. She was VERY rude about it and hung up the phone. She refused to even replace the order. After the phone call, I bit into another wing. It was EXTREMELY BLOODY!! My wife immediately started freaking out and called back into the establishment to talk to the manager again. My wife told her that there was NO possible way that they were cooked as long as she said because there was BLOOD pouring out of them!! The manager continued to be extremely rude and hung up on my wife. I kept the entire order (20) of chicken wings to take into the establishment today and speak with another manager besides that one. The manager I spoke to in person at the establishment was also VERY rude and threatened to call the police on me and have me barred from the establishment for life. Due to their unprofessional behavior, I have pictures, as well as the wings I originally ordered that are BLOODY, and have contacted our local Health Department to make a report. Bloody (not cooked) chicken wings are a health jazz art and can be extremely dangerous! Since when is the customer and their heath not the #1 priority? It was extremely obvious that the Chillicothe, Ohio management team does NOT care about their customers or their health otherwise it would have been handled in a different PROFESSIONAL manner! I asked them for their general managers number and/or corporate number and they told me they weren’t allowed to give out that information. I’ve worked in food service almost my entire life and I KNOW this is NOT how situations like this are suppose to be handled!!! We were treated as though we were the ones in the wrong, but we aren’t the ones serving the public bloody, not cooked chicken wings!!!!!!

“Later in the evening after eating boneless buffalo wings I got diarrhea. It's been two weeks now and still have diarrhea. See Less”

“Chicken wings eaten last night Ate wings last night around 7:30pm. Three of us ate them, and 2 of us are sick. Symptoms started this morning around 8:00am. It happened Today See Less”

“We had the scallops, they were fishy tasting and we knew we shouldn’t have eaten them. Both my wife and I were sick, the staff doesn’t wash their hands and the glasses are dirty. Lipstick was still on the glass. Pathetic place to eat during Covid that’s for sure See Less” 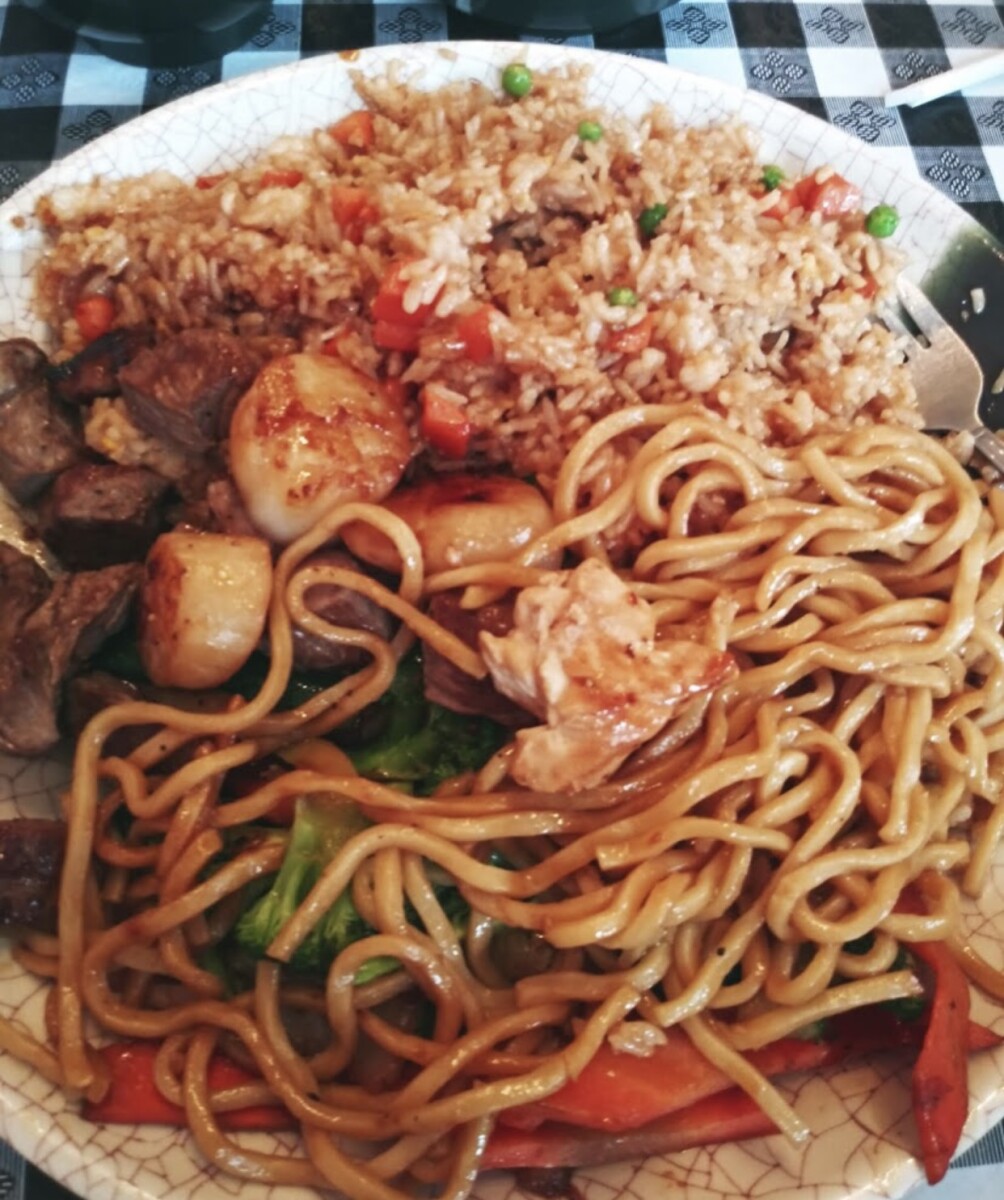 “Not Positive, but I think it was low fat pepperoni. I ate the pepperonis on a homemade pizza. It had expired, but I didn't know. It expired about 2 weeks before I ate it. Everything else I put on the pizza was fresh. Shortly after eating, I felt nausea, some stomach pain and headache. I was th... See Moree only person who ate it. See Less”

“Boneless chicken wings from there  I went with a friend to get food felt a little sick last night but not painful. Haven’t texted the friend I went with so not sure.  See Less”

“Stopped and got it for my fiancé and step daughter. My son and I passed on it and said we would eat later so they order chicken nuggets fries and a burger around 1 pm. We went to Walmart after to get some things and he went to the gym. He came back and picked us up maybe an hour later and said his b... See Moreelly was messed up and he was having diarrhea. My step daughter also started composing that her belly hurt. So fast forward to about 5 we left the kids with grandma and went to an even and came back to get them at about 11 and she said that my step daughter had thrown up. So we took them home and put them to bed. My fiancé had complained about his belly all evening as well. We got to bed and my fiancé and step daughter BOTH spend the whole night puking. My son and I are fine and haven’t had any issues. So I know it’s this place for sure ! See Less” 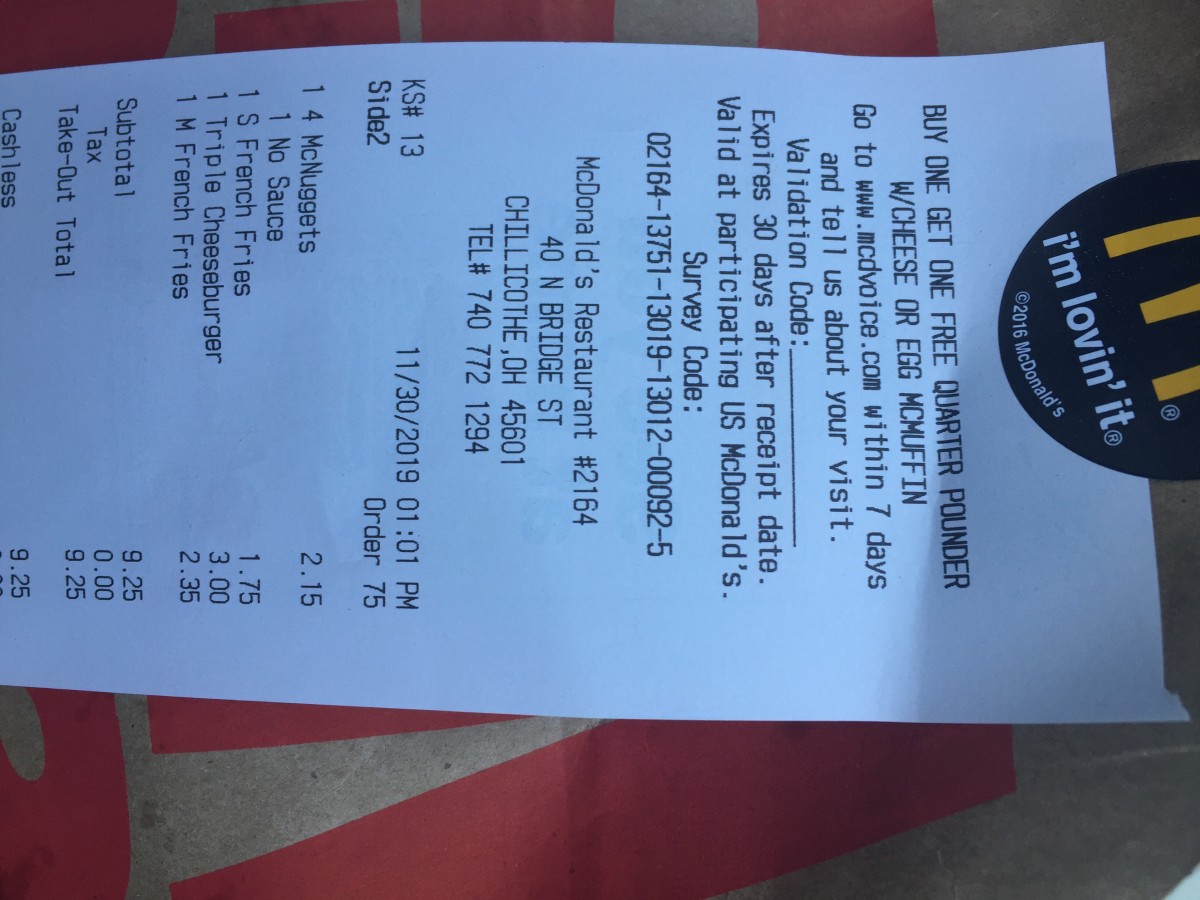 “I almost puked a few hours after eating a chicken sandwhich. Now i have the water poops and feel horrible. Never eating there again. See Less”

“Had a carnitas bowl with double meat, half brown rice, tomato salsa, sour cream, avocado and lettuce Monday evening around 6:30 pm. A few hours later experienced bloat then diarrhea and rumbling stomach. Still not feeling well and it's Wednesday., I was the only one. Symptoms started about two ho... See Moreurs after eating. I don't know of anyone else getting sick. See Less” 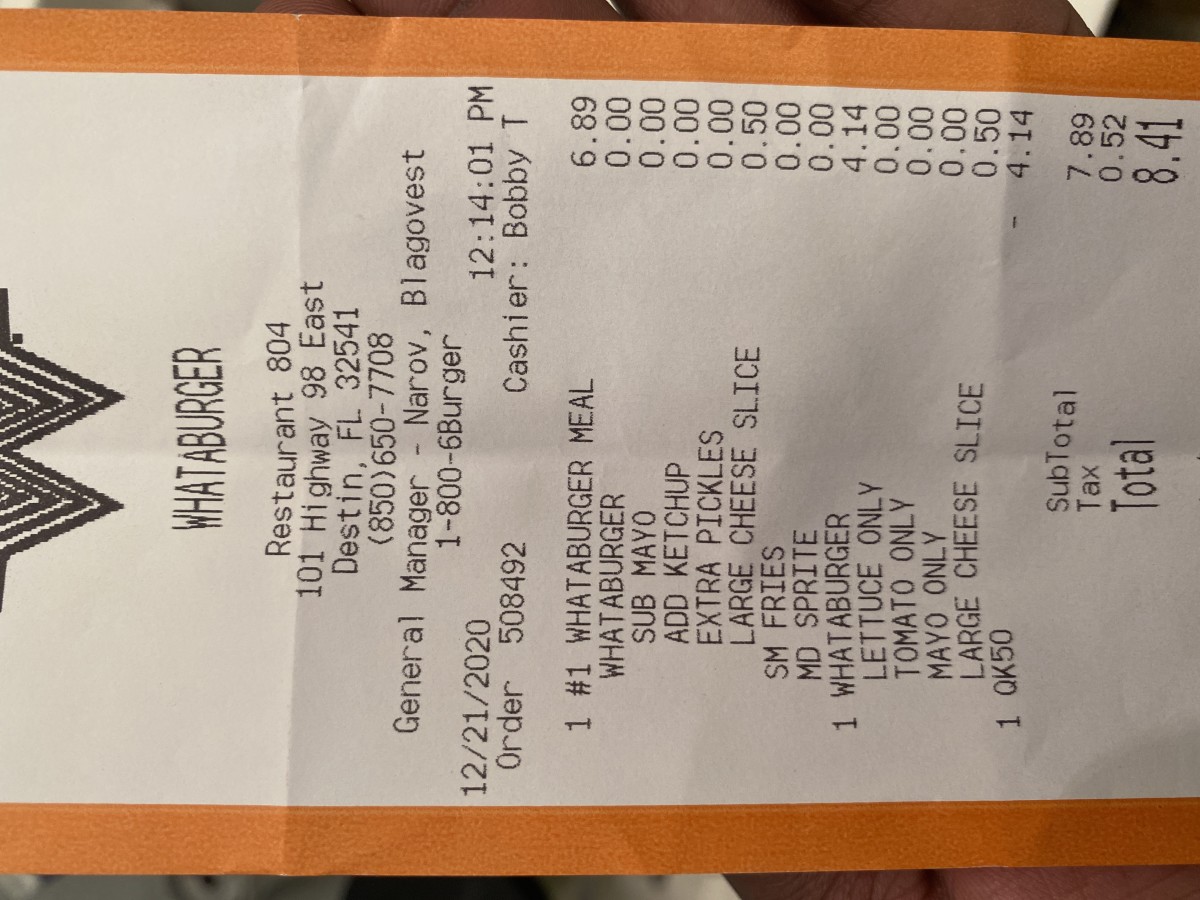 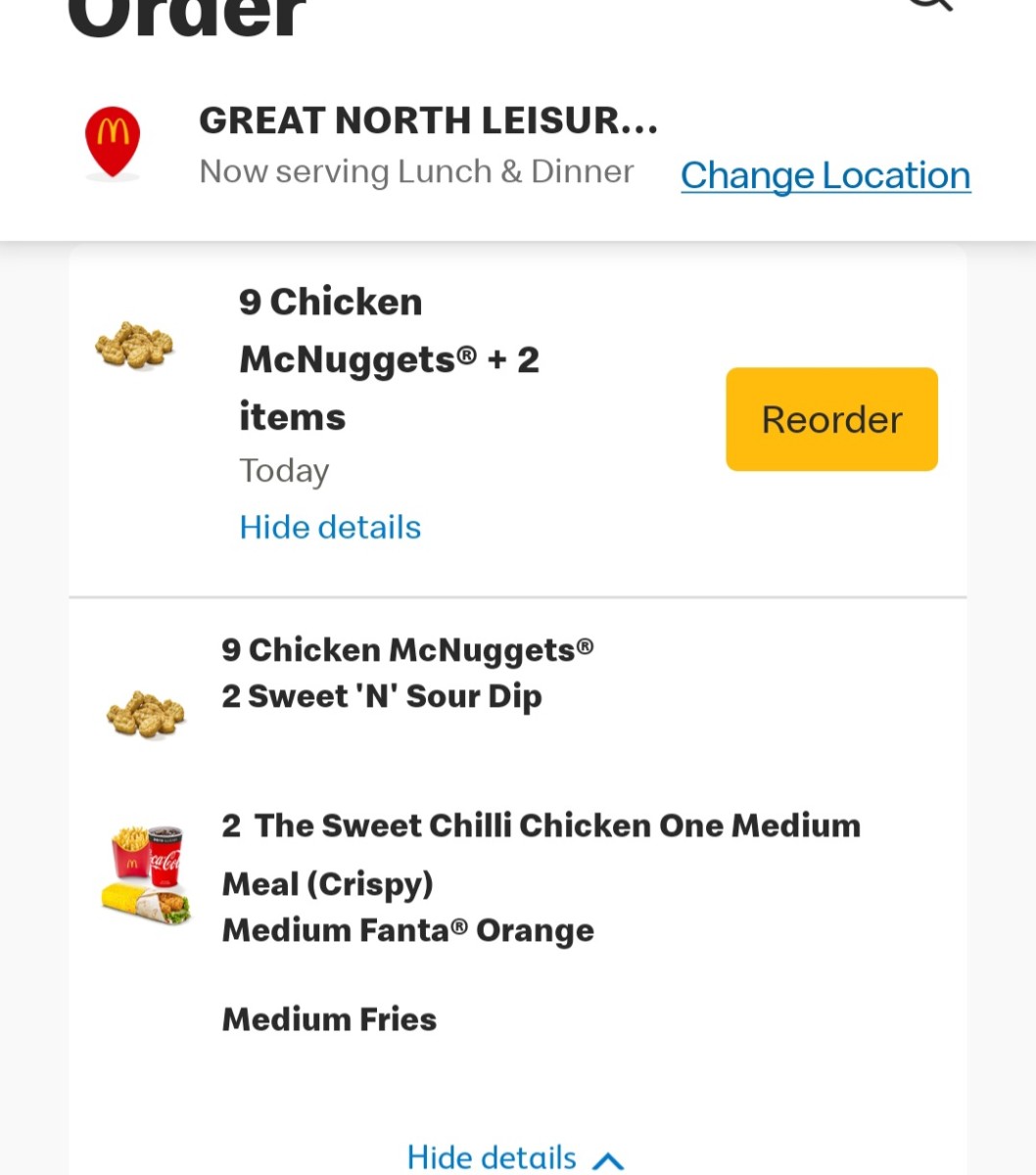 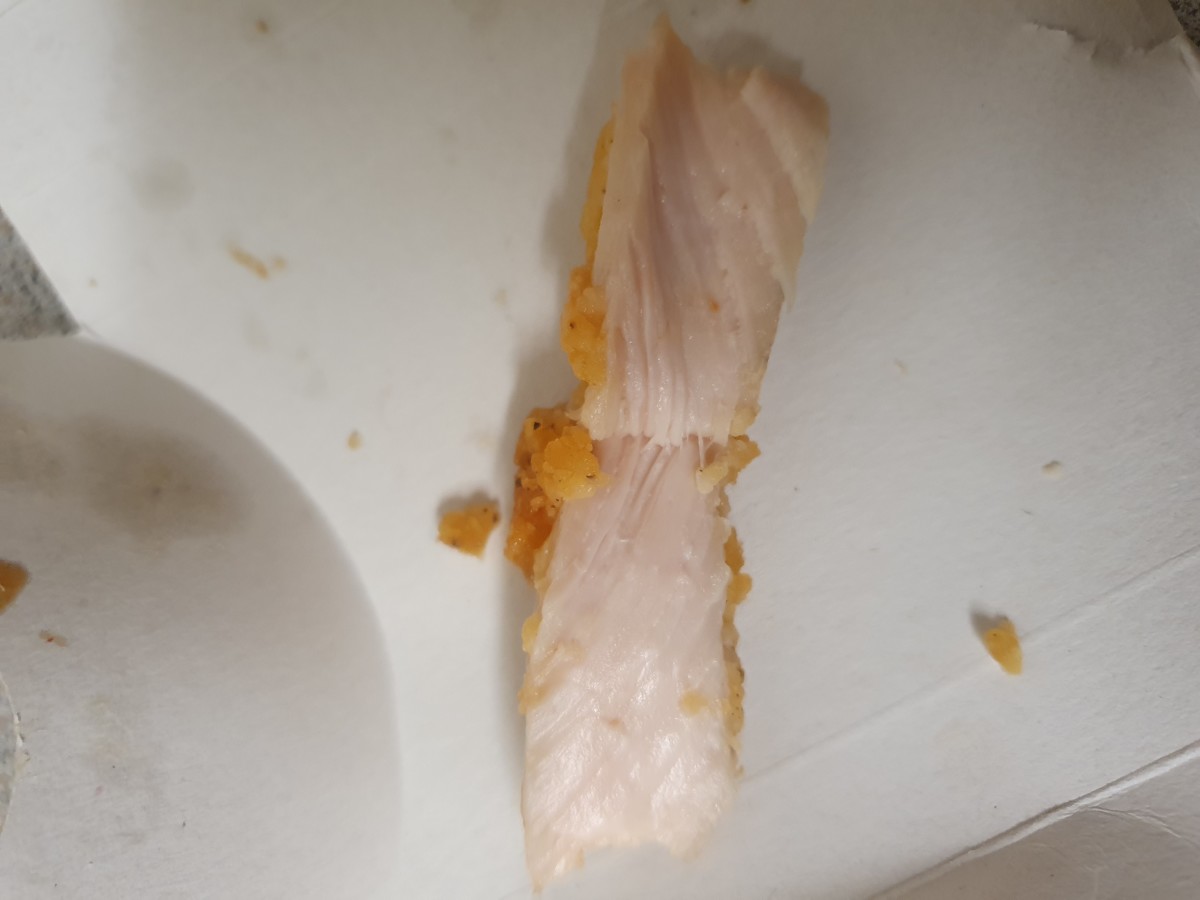 “On Sunday, January 3, 2021, I took mac do menus for my children. My son ate a 280 and fries, my daughter nuggets. In the evening my son began to have abdominal pain. The pains were then accompanied by diarrhea. On Wednesday, his state of health did not allow him to go to court. On Thursday the docto... See Morer diagnosed gastroenteritis and gave him treatment. Despite this treatment his state of health did not improve and her stool became more and more hemorrhagic. He went back to the Doctor Monday who prescribed antibiotics plus medical examinations. Being on vacation at the time of the first symptoms, he had no external contact more than 15 days before. My daughter and I didn't get sick so we only see this menu that can be responsible for her health See Less”

“On Saturday 01/02/2021 around 5pm me and my husband purchased a plate of green bean chicken, walnut shrimp and a side with half fried rice and half chow mein. We took the food home and 20 mins after I started eating, my stomach started gurgling and then I had to run to the bathroom! I had diarrhea a... See Morend felt like I needed to fall over from how sick I was! After a few hours I started to feel better and because my husband saw how sick I got, he decided not to eat and put his food in the fridge! See Less” 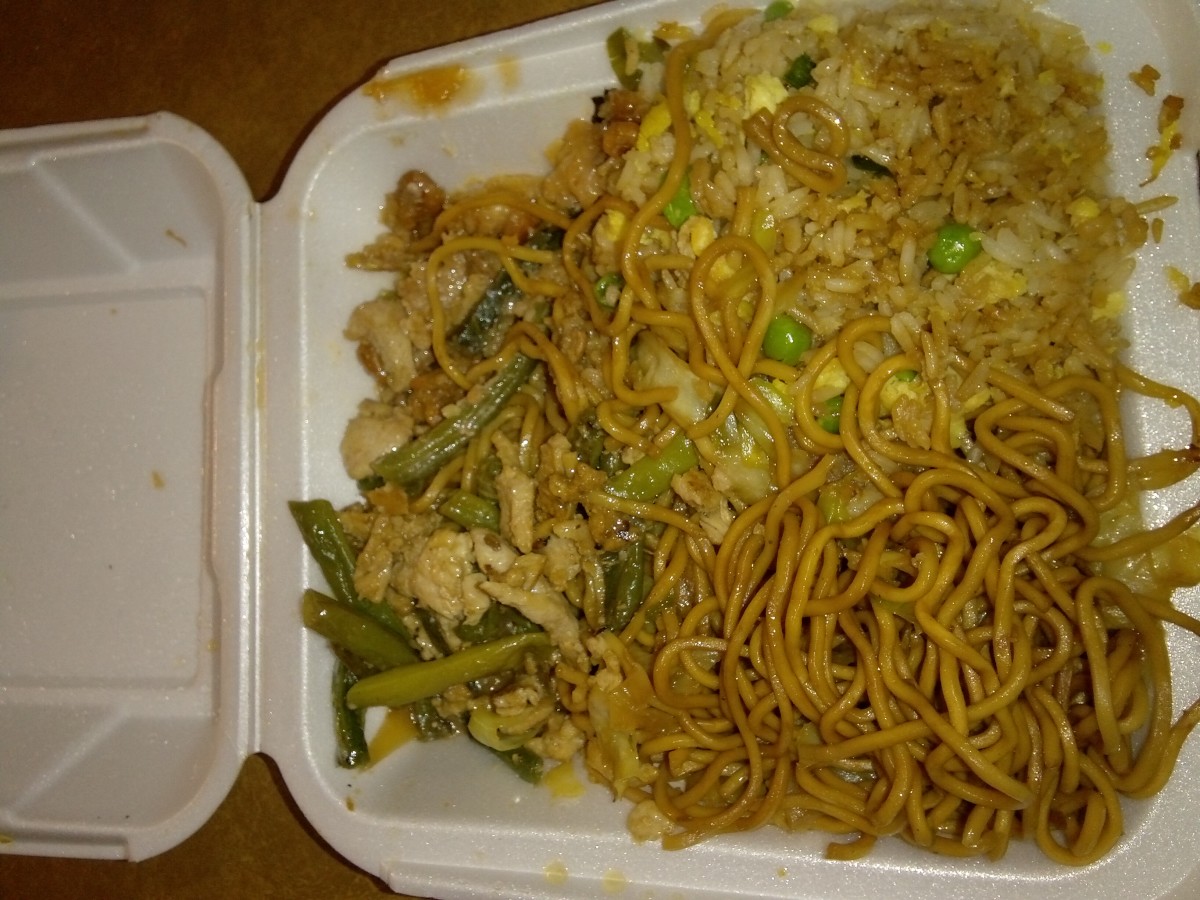 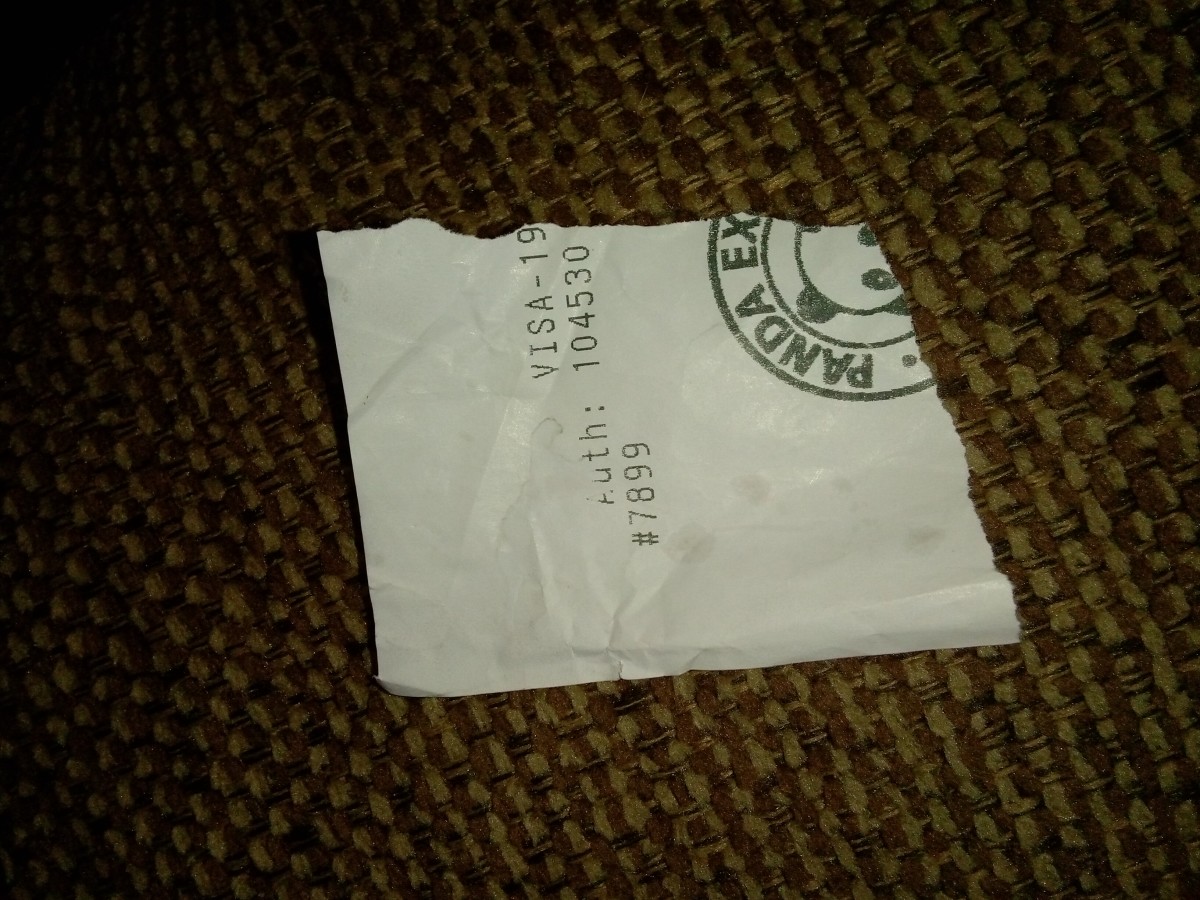 “I rarely eat out But that day I ordered crispy chicken Cesar salad. After 24 h have passed I had terrible stomach cramping , diarrhea, vomiting, nausea, and rectal bleeding. I called my primary doctor but she told me to go the emergency room to do urine test and blood test which later indicated poss... See Moreible infection due to food poisoning. See Less” 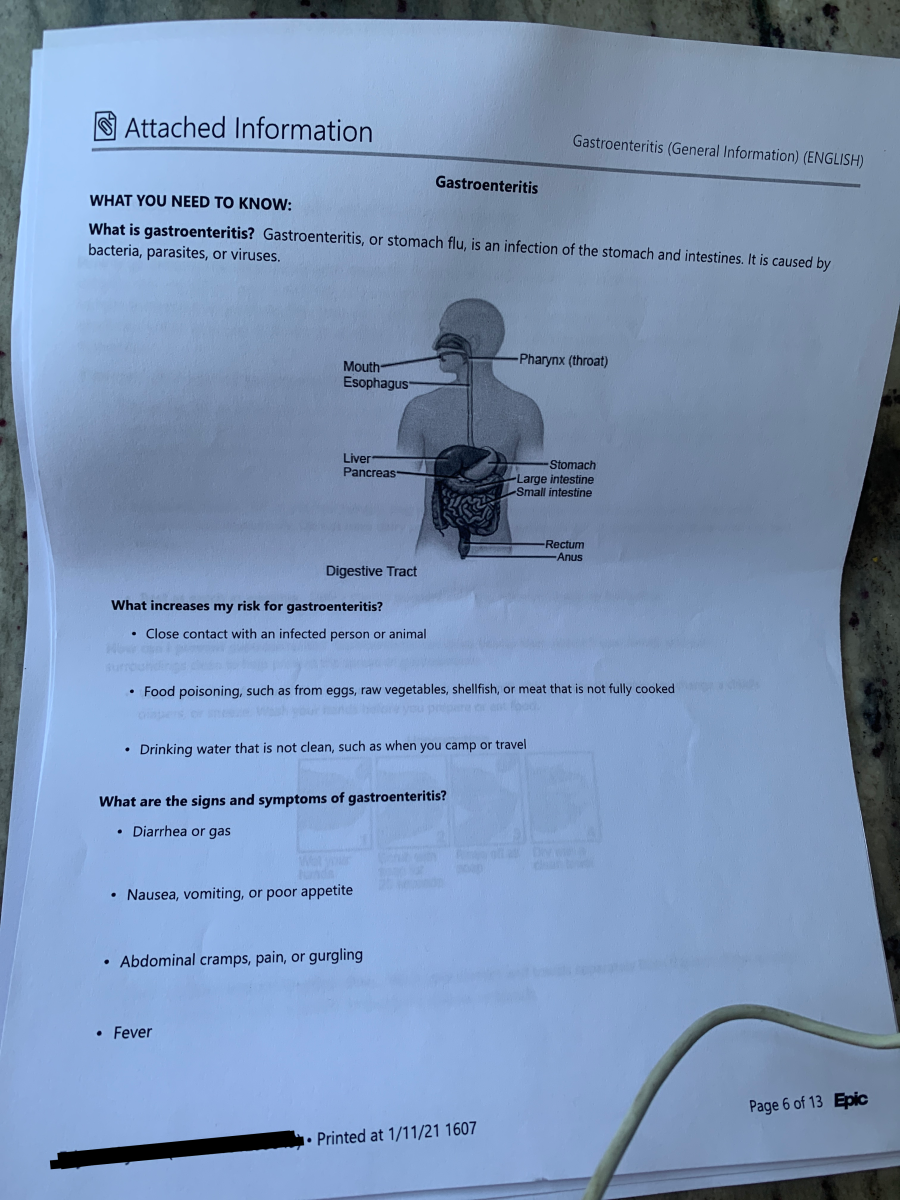 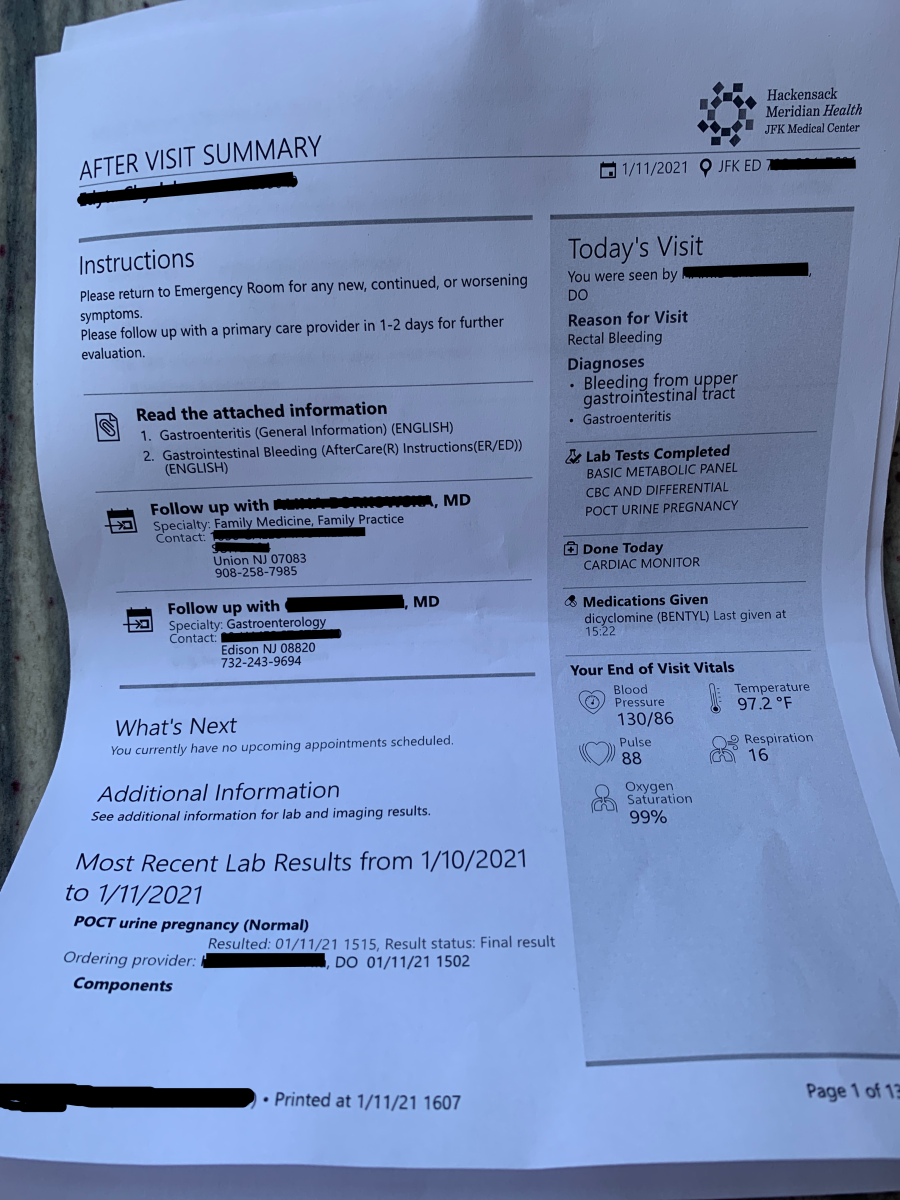 “The chilly We bought the food came home then ate and 10 minutes after eating their food are stomach started to hurt. We started to throw up. We had nausea. We vomited. Don't feel like doing anything because are stomach hurts so much. 3 people got sick. See Less” 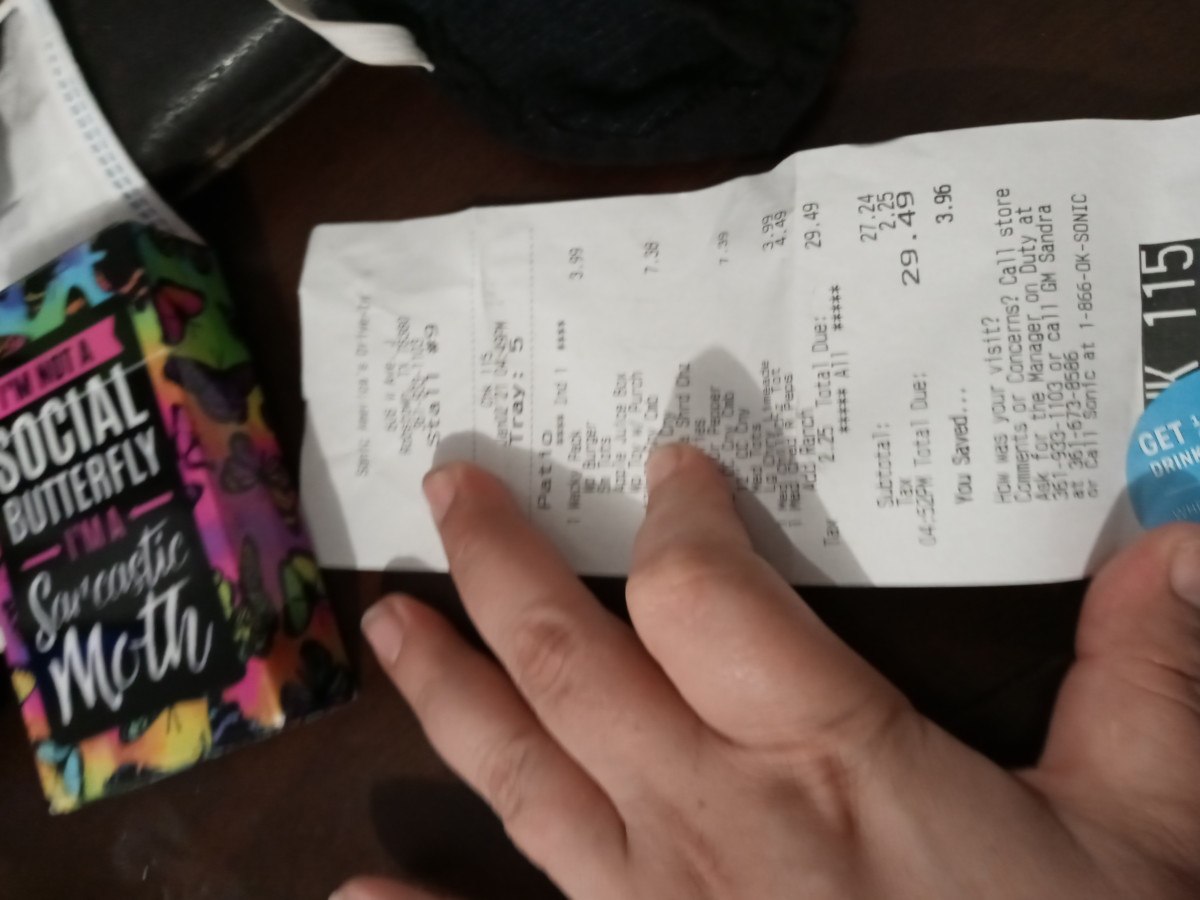 “We ordered a pizza. About an hour after my husband, child and i all had horrible stomach cramps and nausea. My toddler has been having terrible smelling diahrrea all day See Less” 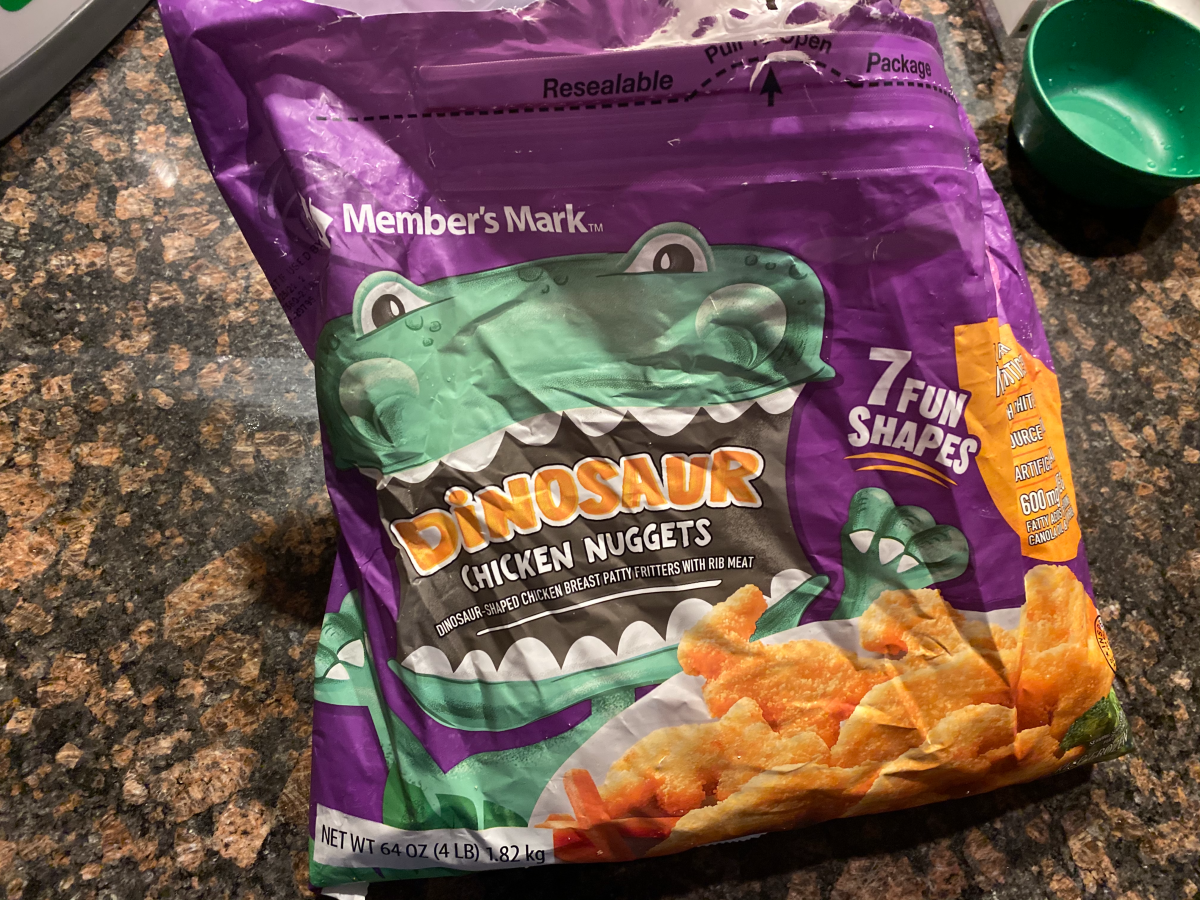 “We got chicken wings( sweet and spicy sauce), chicken tender, and chicken salad around 2pm on Decembet 23. 15yrs old, who ate wings, has been though up more than 5times and diarrhea all night. 13 yrs old, ate chicken tenders, has minor issues- vomiting and diarrhea. I ate some of their food, through... See Moreup 3 times , diarrhea, and nausea. I am asking any other people got sick from there? See Less” 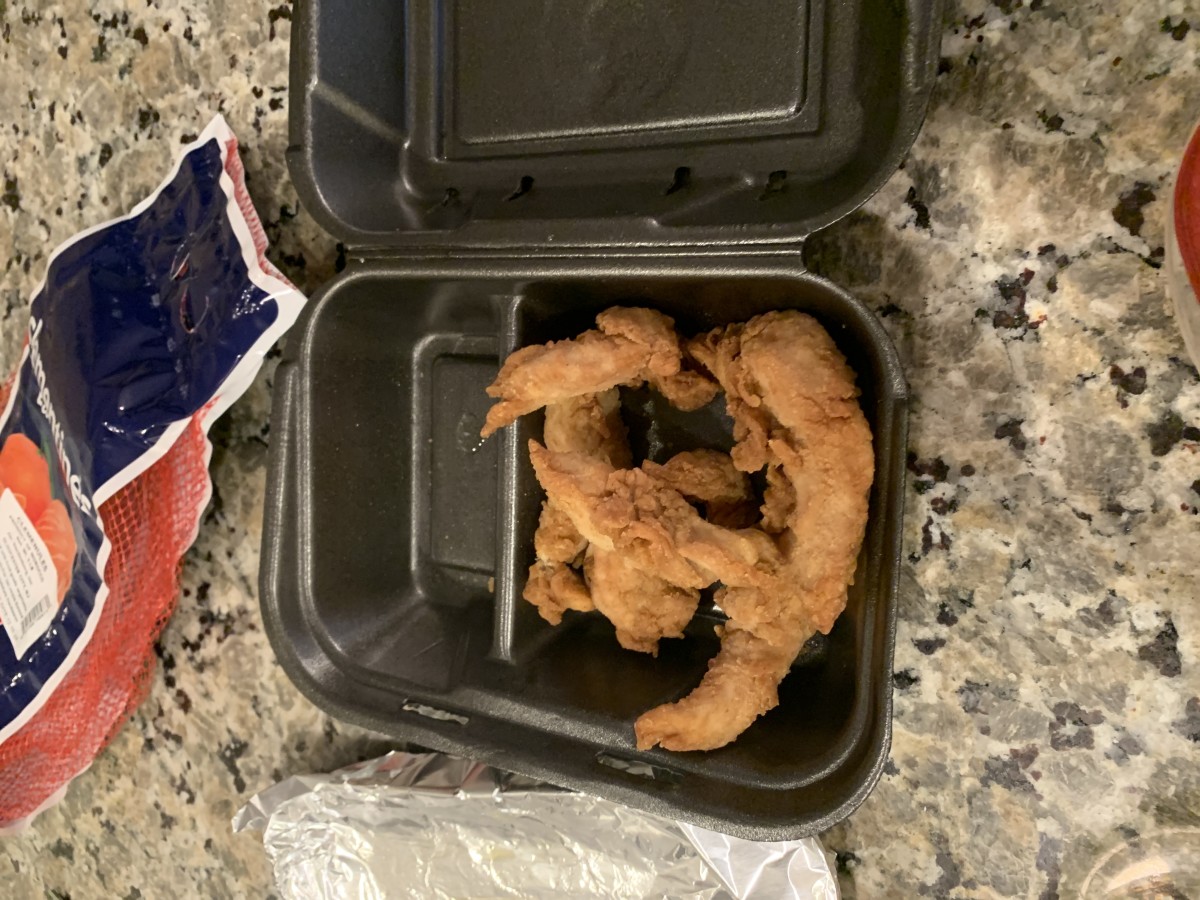 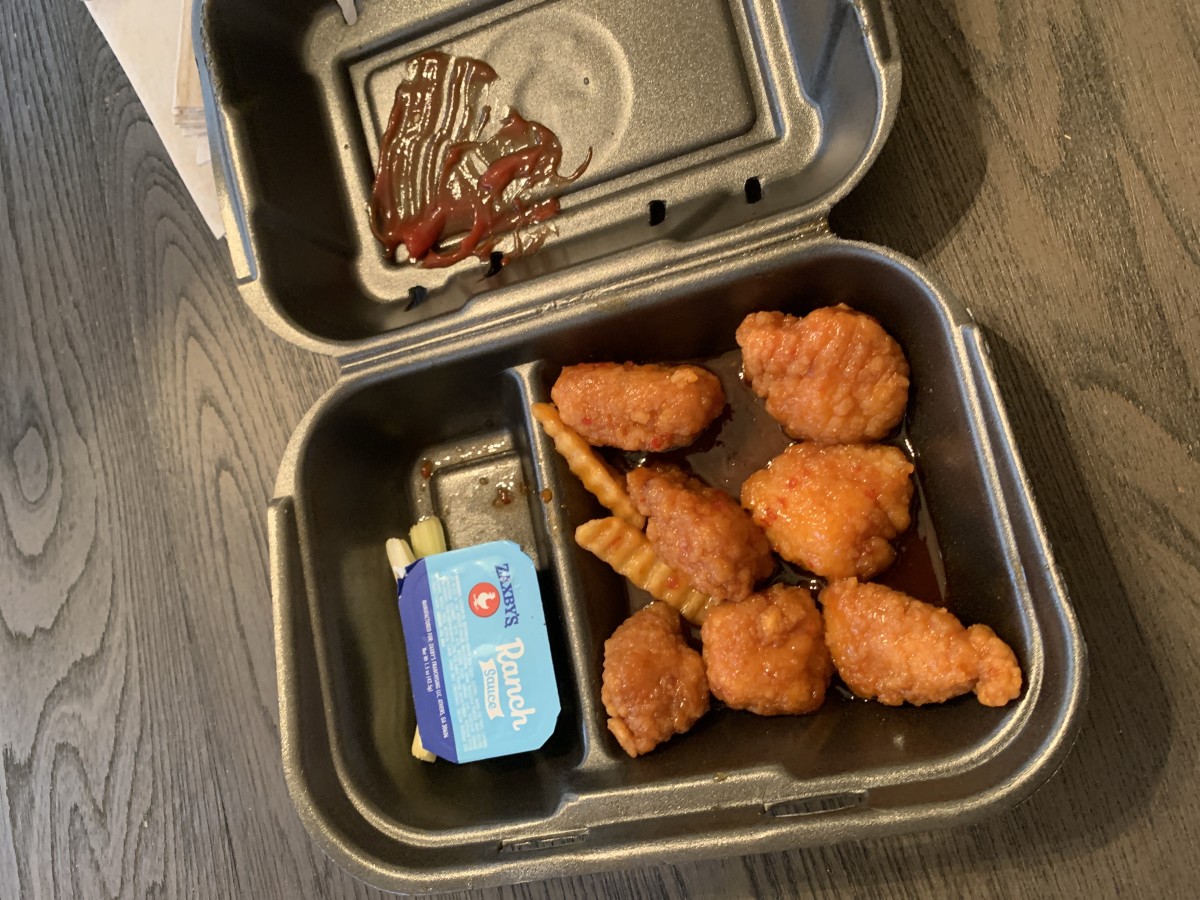 “Lobster roll Arrived around 2:30pm. It's about 5:15 and just felt the urge to vomit. I feel better now. See Less” 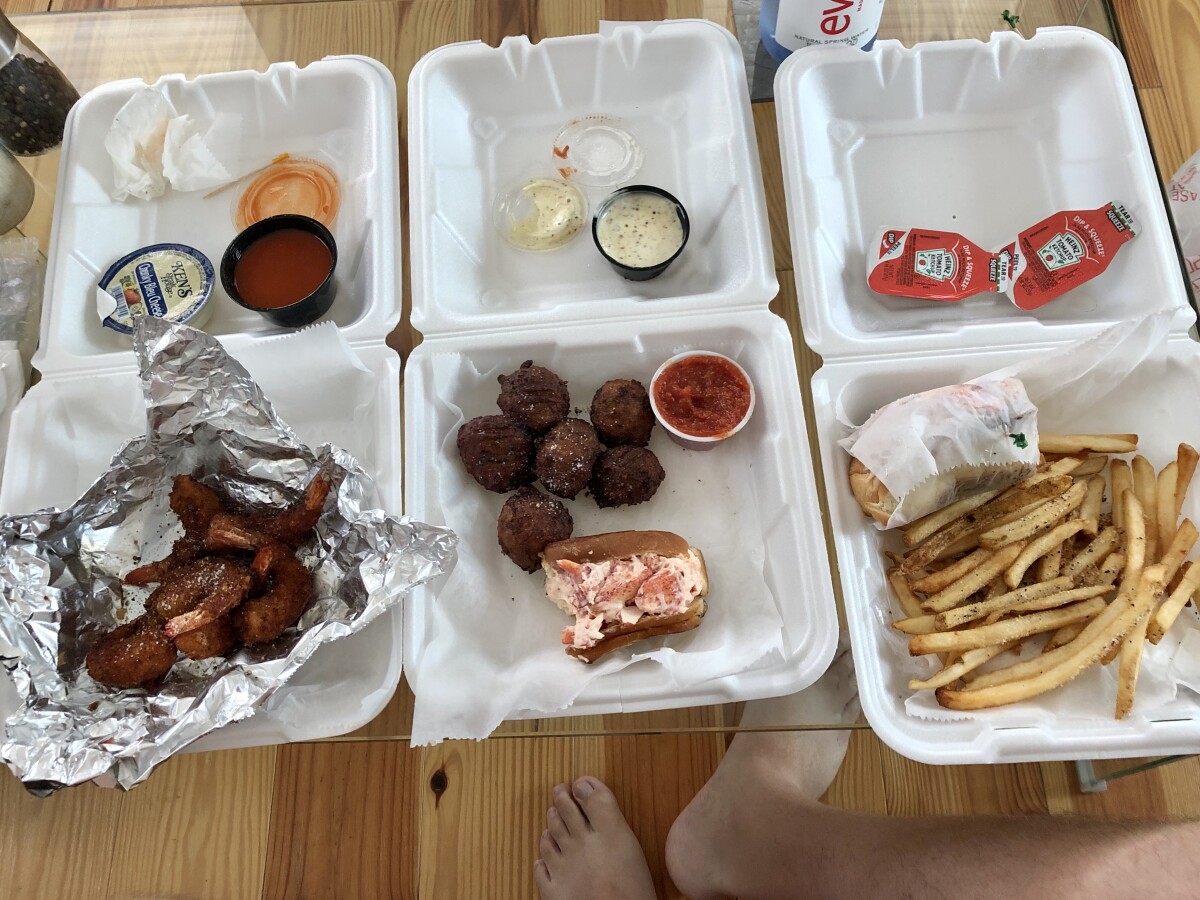