My girlfriend and I had fiesta burrito on December 21st at 12:43 am in the morning. We both had not eaten anything all day so I choose to get some Mexican food for the both of us. I ordered 2 California burritos and 1 green chili pork burrito. We woke up around 10:30 am on December 21st and my stomach felt really sour. I was hit with the urge of wanting to diarrhea and when I used the restroom I was pooping nothing but liquid. It was like I was peeing out of my a-hole. Several times in a 30 - 40 minute time period, I had to use the restroom 5 times. This time instead of pooping water, it was tiny poops and they were hard to push out. I was sweating while having constipation and diarrhea at the same time. But everytime I finished using the bathroom and went to sat down in the living room to watch tv, I always got an urge to diarrhea again but again, I was constipated and nothing but tiny poops came out. After the 5th time in a row, of having the urge of diarrhea and using the restroom, I had to go do some errands and when I was driving on the way back home, after finishing all my errands, I was on the highway and I threw up all over myself. I rolled the window down and threw up more out of the window, while on the highway. I got puke all over my shirt, pants, shoes and I also had puke all over my back passenger window, behind the driver. That's when I talked with my girlfriend and she said she was also having a sour feeling in her stomach and was having diarrhea too. That's when I knew I had food poison. I puked once again in my bathroom sink and I had diarrhea twice and I was fed up. Around 12:30 pm, the both of us went over to fiesta burrito told them I went there earlier this morning, ate there food, and got food poisoning. I still have my receipt and I would like a refund. The worker over the speaker told me to come to the window. Just a side note, I never go back to a restaurant for a refund ever. Even if they messed up my order, to me at least, it's not a big deal or time to go back and complain. But I felt really sick and the fact I threw up while driving on the highway just did it for me. It's actually my first time going back to a restaurant to complain but from working in restaurants and fast food places, I knew this was wrong. When I went to the window, the employee asked me what was wrong. I explained to her that I had their food earlier and when I woke up this morning I got food poisoning. She asked me "well how do you know if it's from us? It could of been from anything you ate" I told her that's the only thing I ate all day. She then said " how do we know if you actually have food poisoning" I told her I have diarrhea and if you can look, I have throw up all over my back window from throwing up on the highway. The employee looks at my back window and ask if I had a receipt and I handed her the receipt and she said one second. I sat there and just watched her talk to a couple employees in front of the window. She starts pointing at me, laughing, telling the other employees something that I can't hear. After 20 seconds of pointing at me and laughing with the other employees, she turns around and looks at me and noticed I was still looking at her and she stops pointing and stops laughing. She opens the window and asked me " well maybe you just can't handle Mexican food and it upset your stomach" I then told her I eat Mexican food all the time and even had the same items at other Mexican restaurants and never had this happened. She then squints and smiles and says one second. And closes the window. I'm still looking at them thru the window and I just see other employees coming up to the window and just stare at me. Several just walked up took a glance and walked back to the back. While other employees walked up and just stared at me. All with ugly looks. They only refunded me 2 burritos and told me if I ever come back next time, and this happens again. To bring the burritos I order with me. Which doesn't make any sense at all. If I didn't eat the food, I wouldn't have gotten food poisoning to begin with. It was really bad customer service. The lady was rude and had a bad attitude towards me and I was chill the whole time during this situation. I used to go to school near the area and I like their food back then after school, never had any problems from them. But that was 4 years ago. 4 years later, having it for the first time in a long time, I ended up with food poisoning, being stuck in the bathroom, throwing up, having a sour feeling stuck in my stomach and the back of my throat, and extremely bad customer service, I'm personally not coming back to this location. I was going to go to filiburtos but thought fiesta burrito would be better quality. But boy was I wrong

“I ordered a bucket of chicken, to find that one of the breasts was completely pink on the inside after taking a few bites. I threw the rest away after picking out a few other pieces that looked the same. See Less”

“Had their sweet time at 11am by 12:30pm I was pulled over throw up everywhere!! It tasted sour I only had a few sips before I decided to dump it out!! Now I’m dizzy and have a headache! See Less”

“Ate three cheeseburgers with no onions (I'm allergic to onions), 30 minutes later I was burping up onion taste (even though there were no onions). I developed a stomachache and nutcracker esophagitis. Almost went to the emergency room. See Less”

“bought on sale reduced price raw shrimp it was vacuum sealed with no brand name..cooked it and ate it..farm raised..within 6 hours..massive headache..chills,all over body aches,abdominal pain..i thought i might have covid-19 so i got a test..negative..then figured out it was the shrimp..feeling slow... See Morely better 3 days later See Less” 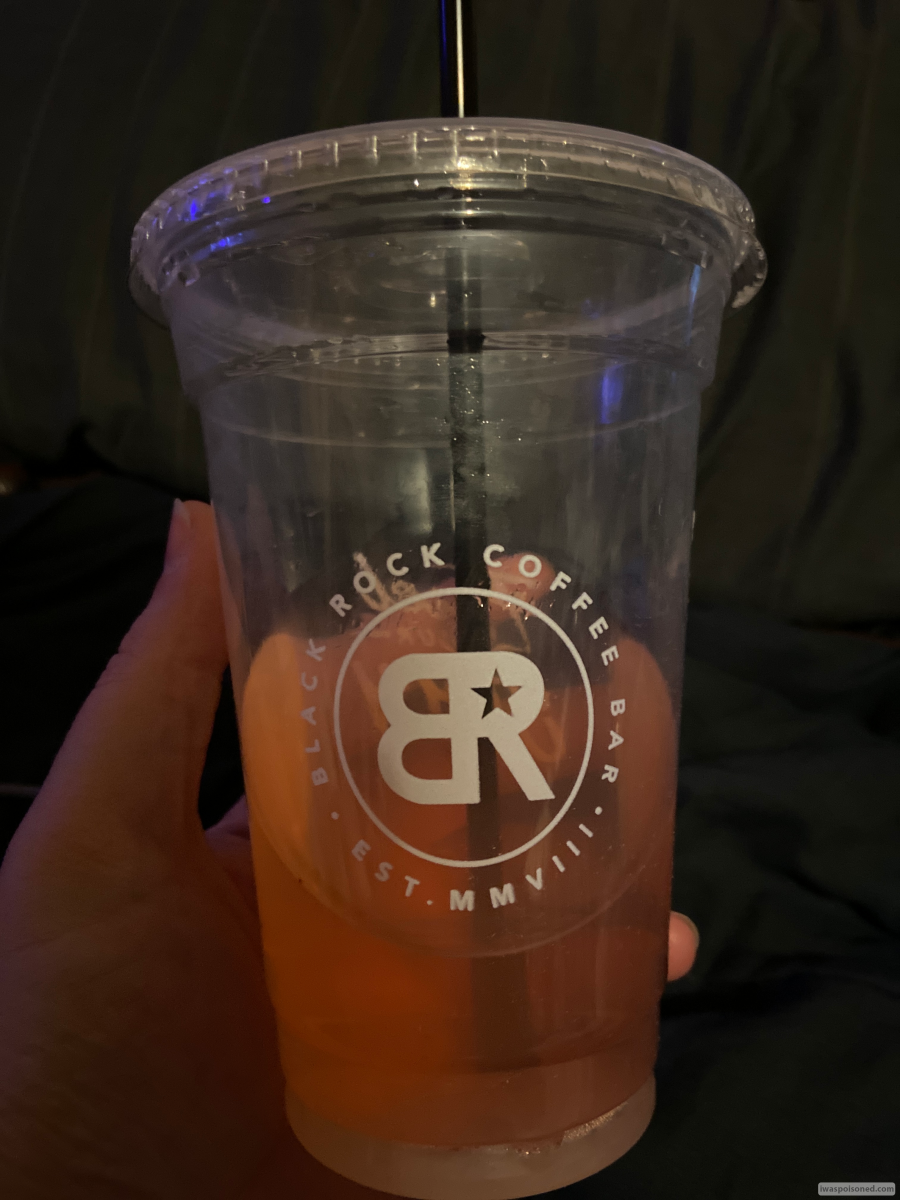 “Salad kit lettuce, I believe My girlfriends symptoms started about an hour after eating a ham & lettuce sandwich, no one else has gotten sick and everyone has eaten the ham but only she has eaten the lettuce. She's had naseaus, vomiting, diahrea and horrible stomach cramps for the past 24hrs. See Less”

“Lunch About 12 hours later... started getting fever, unable to sleep for the last two nights. Get stomach ache every day all day long and afternoon night: I’ve been taking aspirin and pepto bismal to curtail symptoms. It’s been going on three days now. Abdominal cramps, digestive pain and all this... See Morestarted shortly after eating there. Symptoms match that of the Noravirus. See Less”

“Two days ago, around 1:00pm, I bought three donuts from this location. By around 6pm, I had diarrhea and abdominal cramps. The cramping has lasted about two days and is just now subsiding. See Less”

The only other thing I ate was self prepared mac n cheese at home.

I ate at 10:30 AM at the restaurant and by 8PM I had intense stomach pains with diarrhea. See Less”

“Fish taco tasted like there was cleaning chemicals in it. See Less” 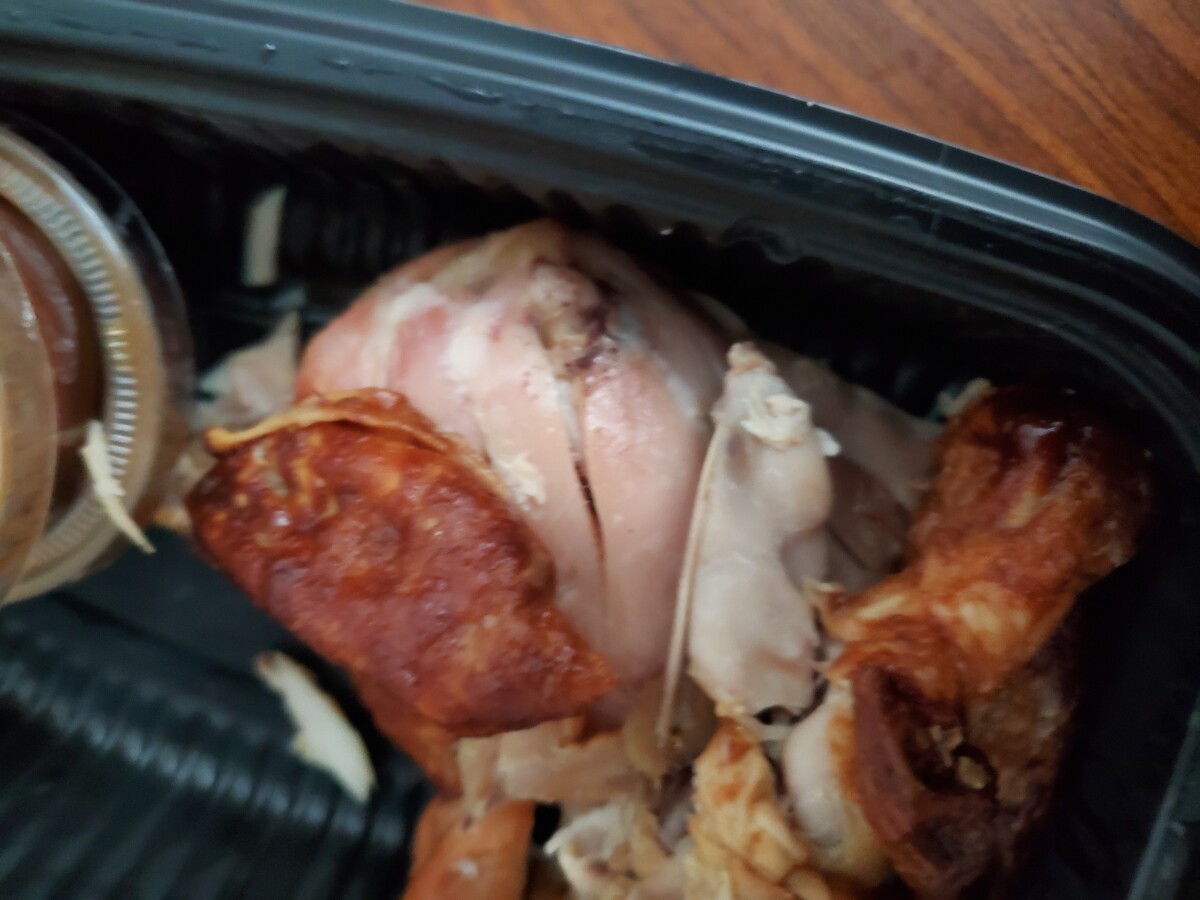 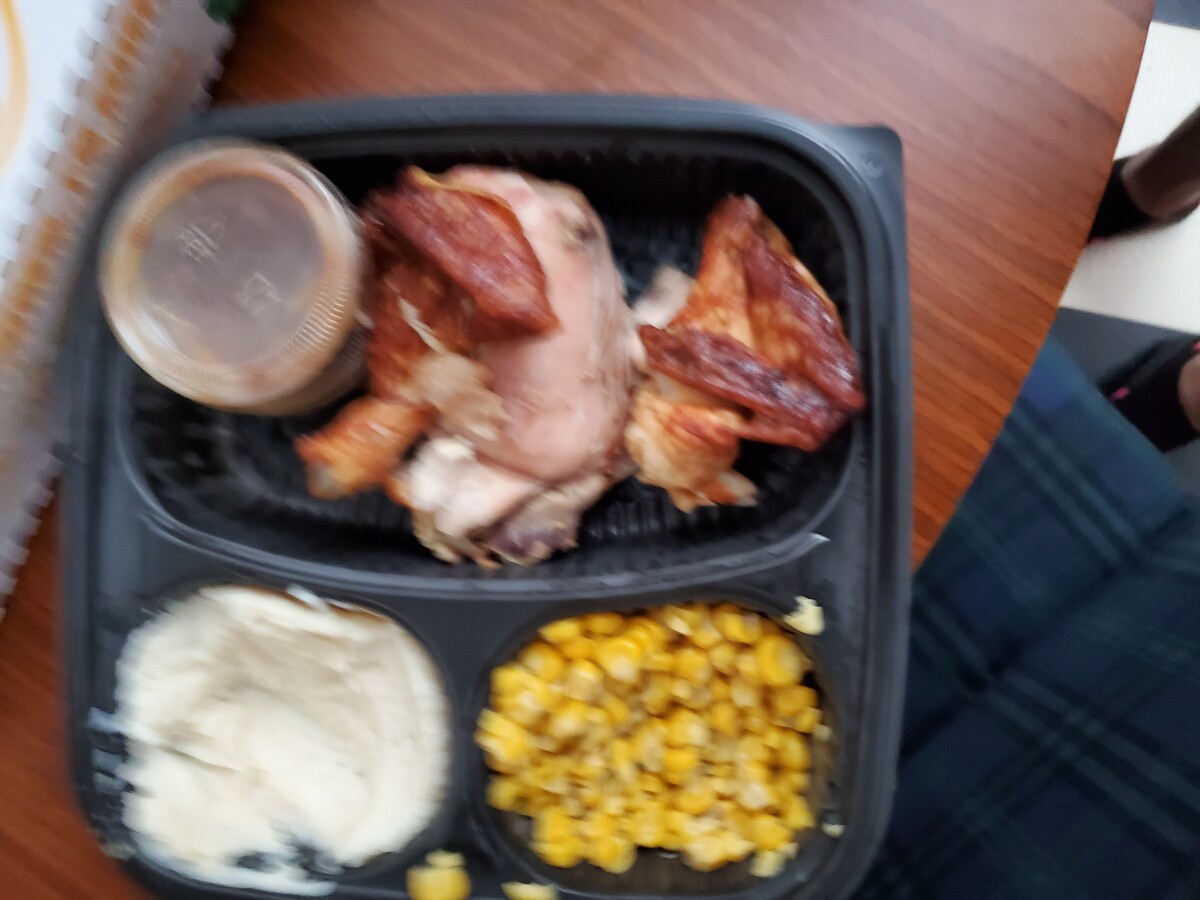 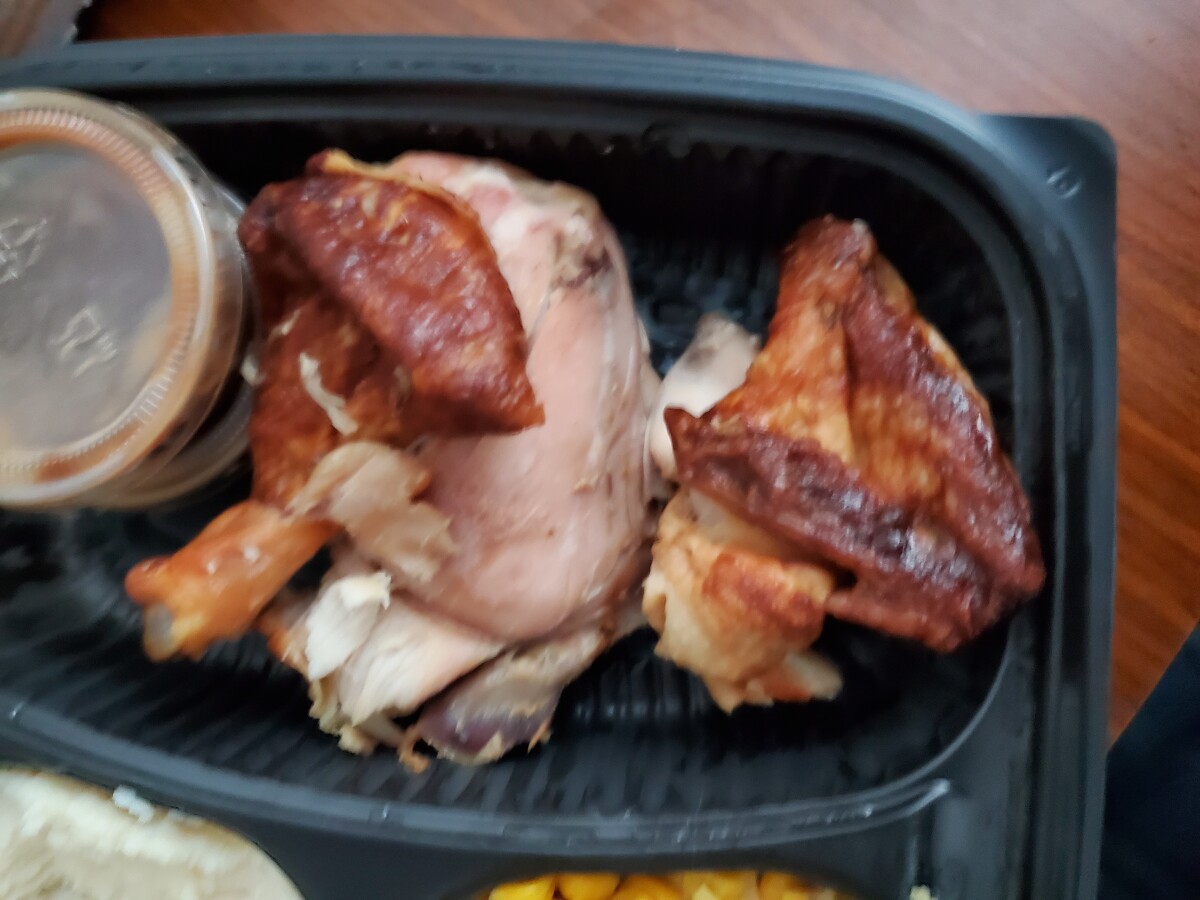 “The FSA announced the recall of Birchwood XXL Pork Mince (12% Fat) by Lidl GB because they may contain pieces of plastic.

FSA advises consumers not to eat the recalled products. Instead, return it to the store from where it was bought for a full refund with or without a receipt.

The possible presence of plastic makes this product unsafe to eat. The products listed above might be contaminated with salmonella. Symptoms caused by salmonella usually include fever, diarrhoea, and abdominal cramps. 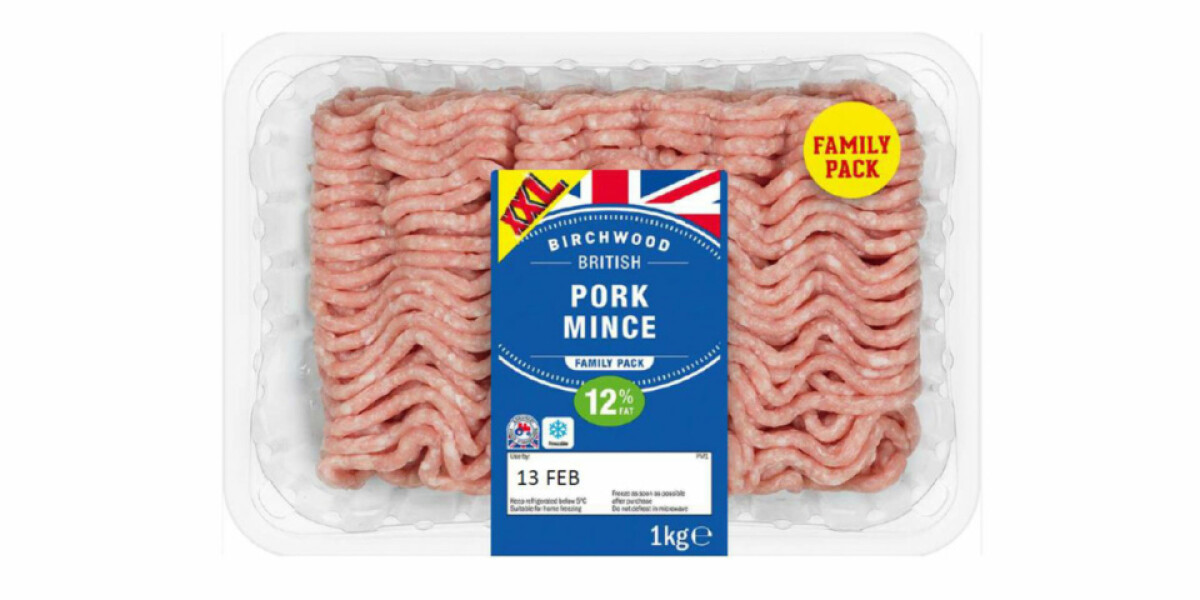 “I eat impossible burger tacos last night. 2 hrs late I got violently sick. Vomiting and instant diarrhea until it was out of my still. Having gone online today it seems others have had similar responses to it. Why is this product on the market. See Less” 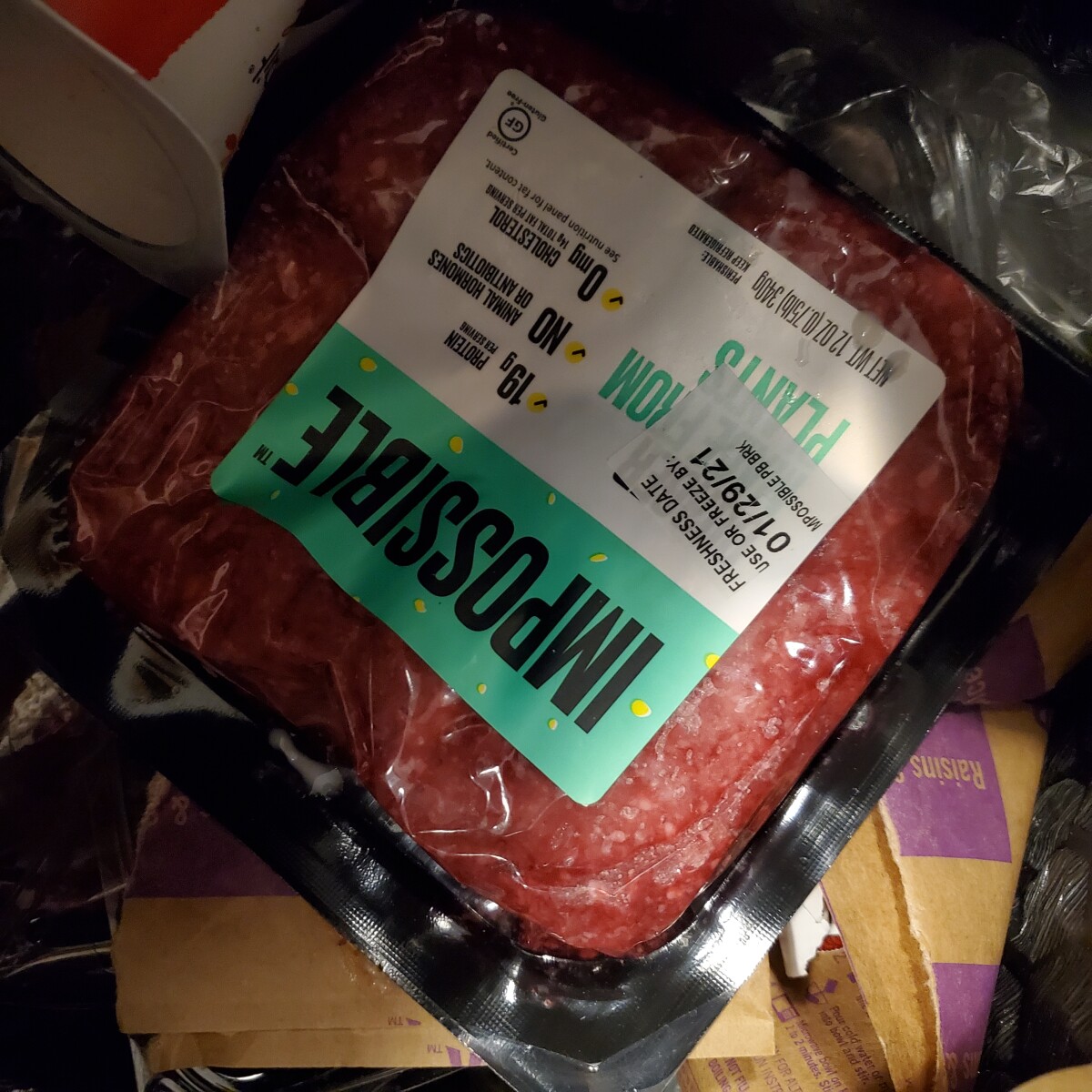 “I only ate uber eats the spegetti I was the only one who ate it no one else in family had any. It happened Today. Cramping diarrhea and I threw up i only ate some not a whole lot but was only thing I ate today I ate more of the clam spaghetti See Less”

“sliders Husband ate also and vomiting within 3 hour of eating. It happened on February 13 ., See Less” 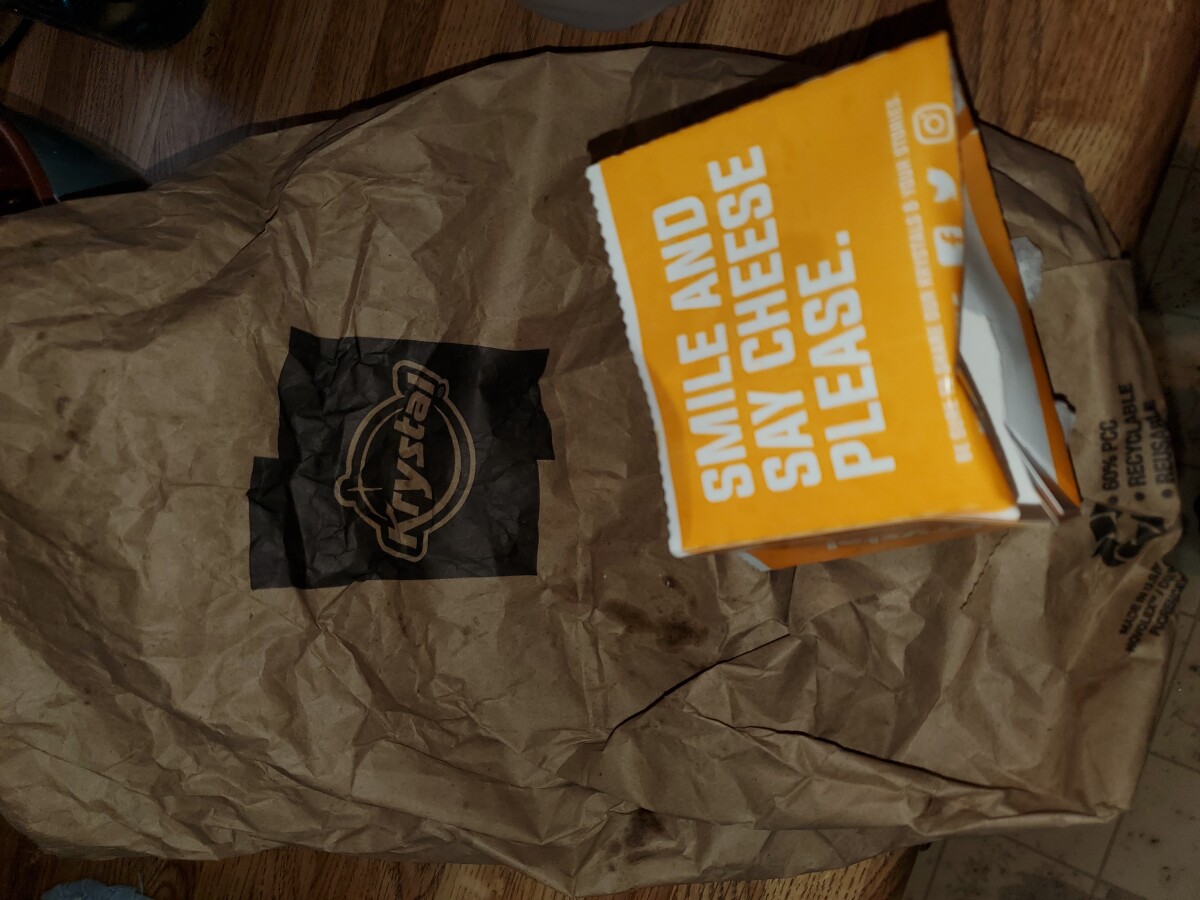 “Had some pepperoni with cheese and crackers as a snack, and this pepperoni isn’t the usual brand we get. Not even five hours after eating it, I had horrible stomach cramps and diarrhea. See Less” 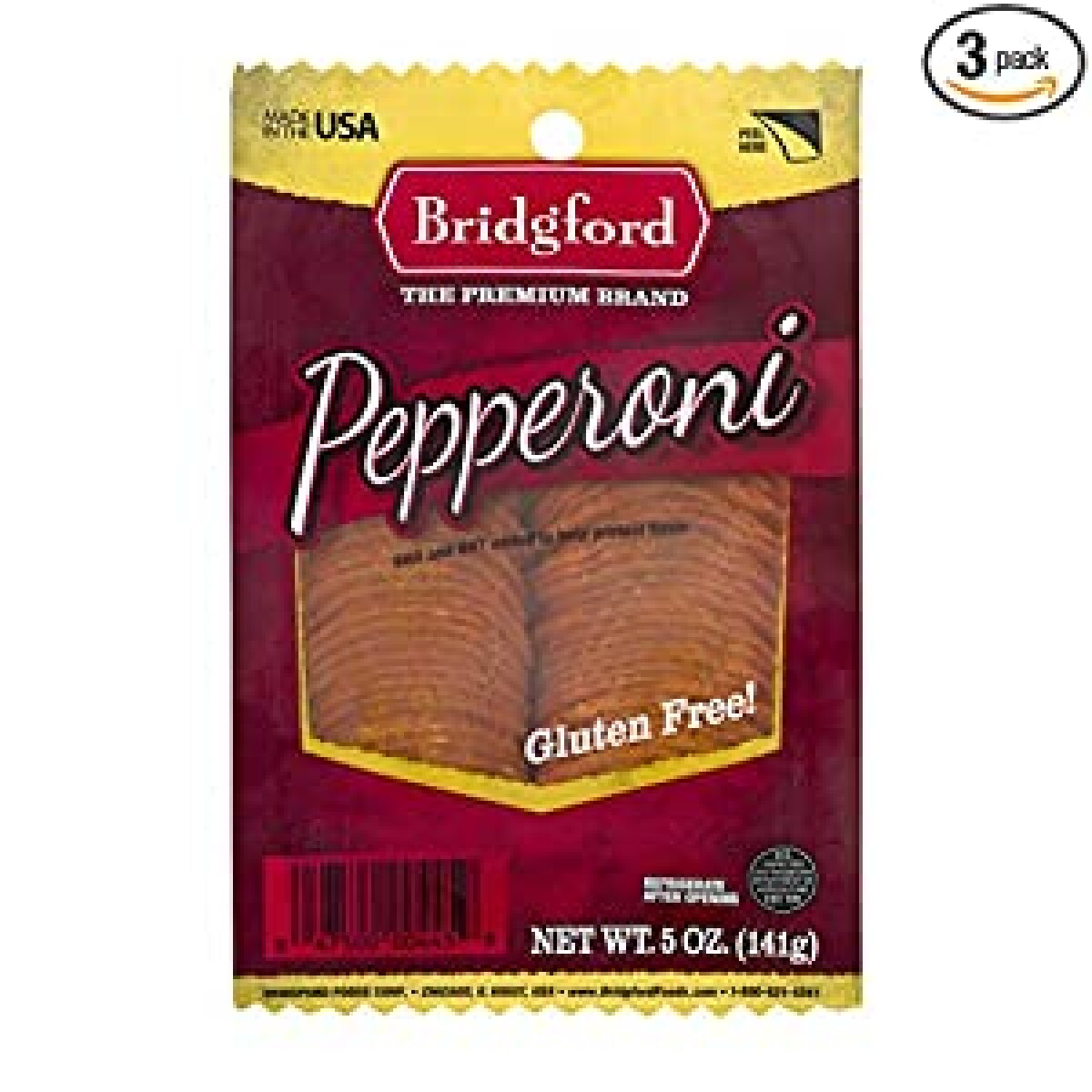 “Me and my girlfriend got salad from there and ate them at the same time and woke up the next day to stomach cramps. 2 days later it got so bad that we started throwing up. We’ve both had diarrhea ever since and its been 4 days since we ate it. See Less” 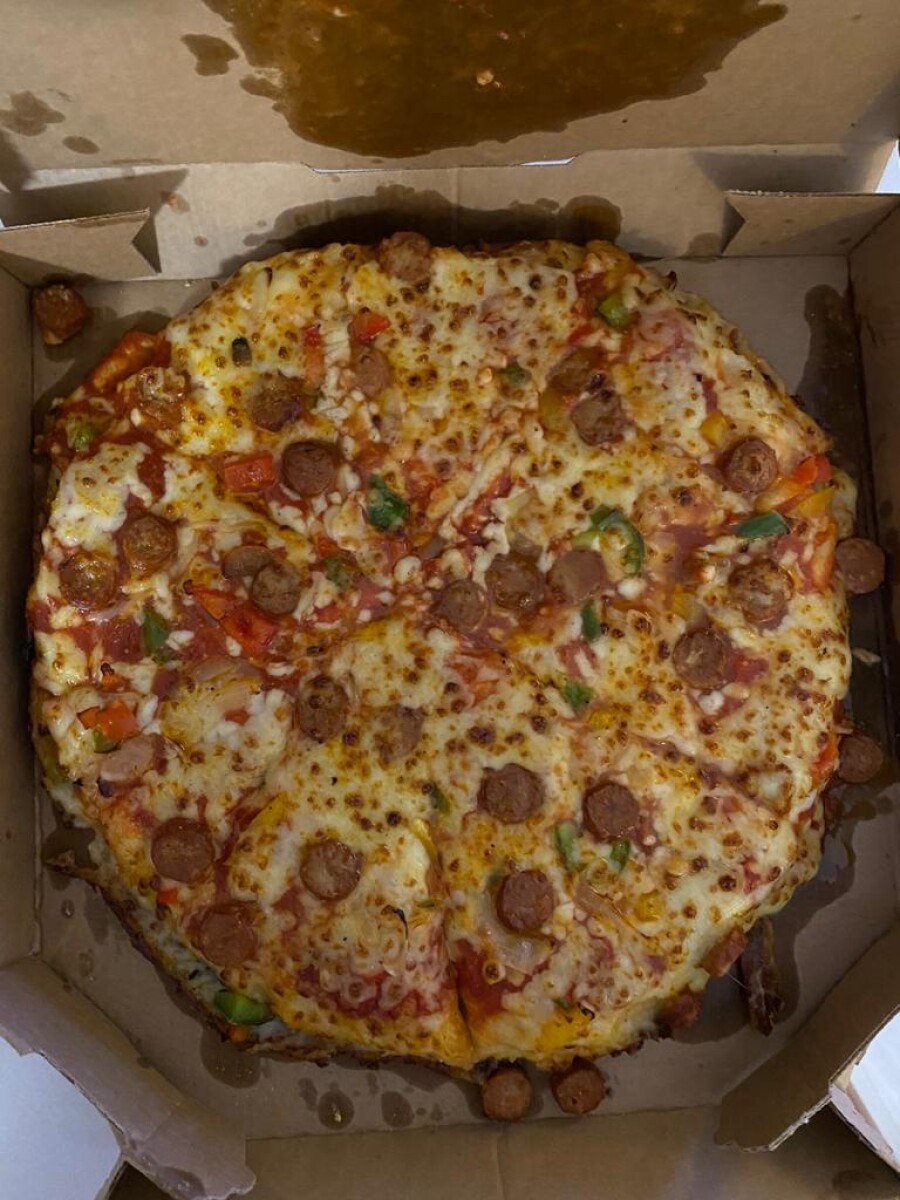 “I ate a regular chili hot dog from there & within an hour of eating it I was so sick. I began throwing up, sweating, stomach hurting & just felt terrible. I’ll never eat here again. See Less” 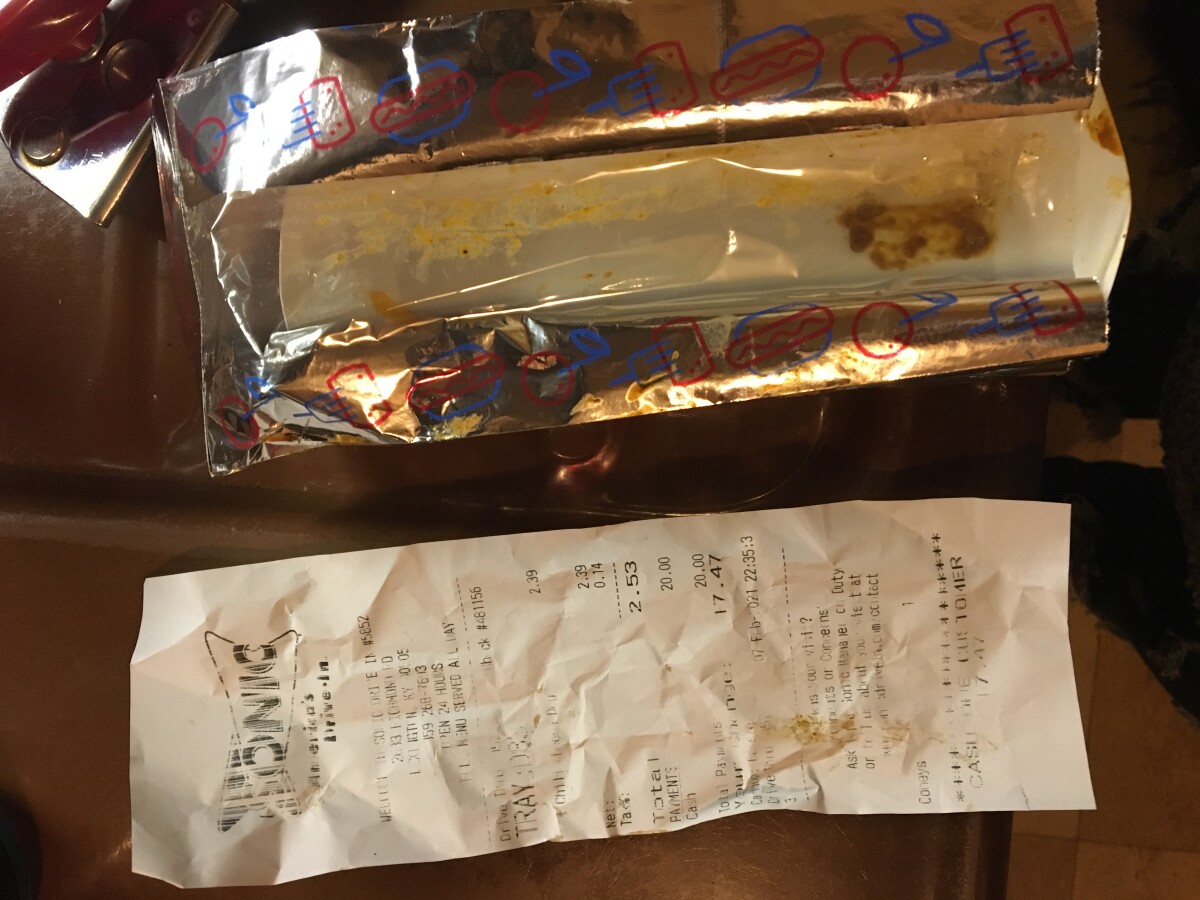 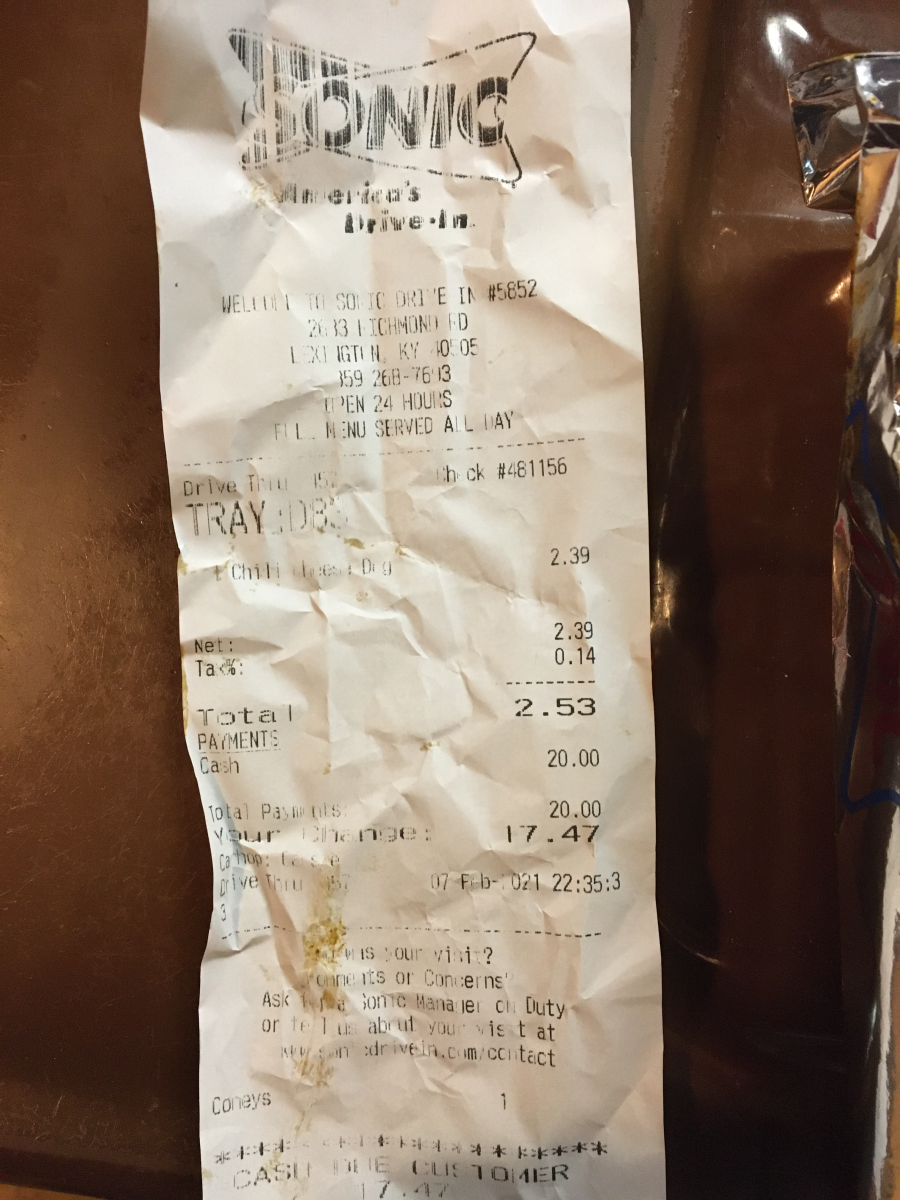 “Another package of chicken that made me feel like I'm dying in tortures. See Less” 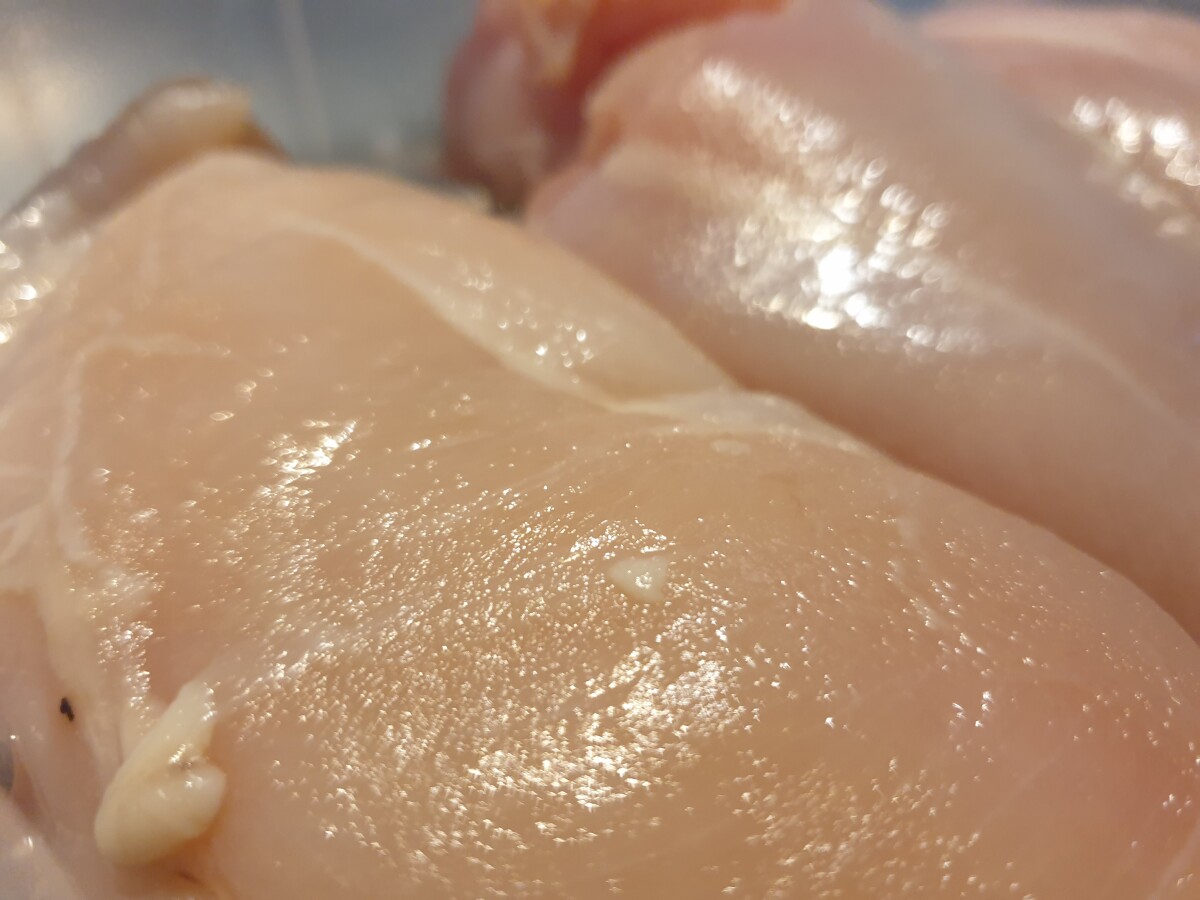 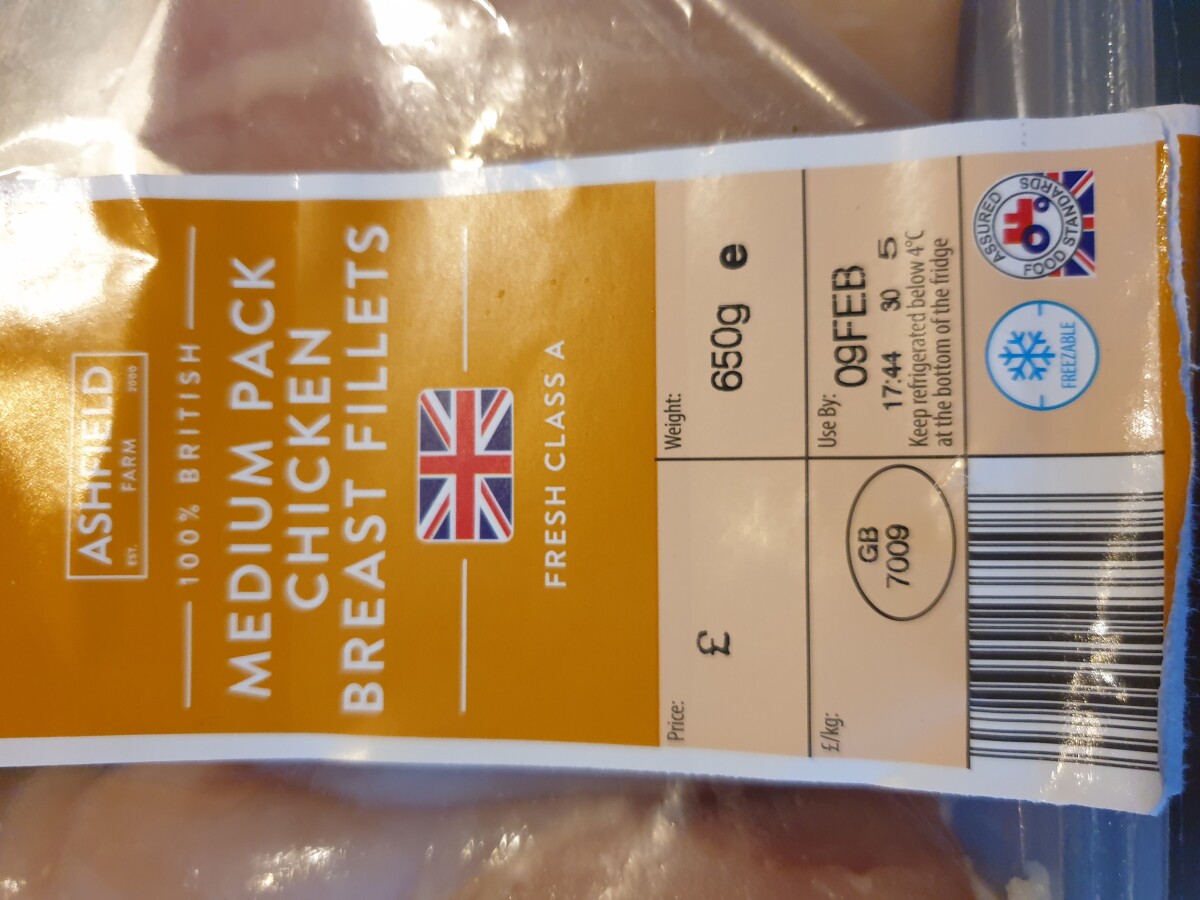 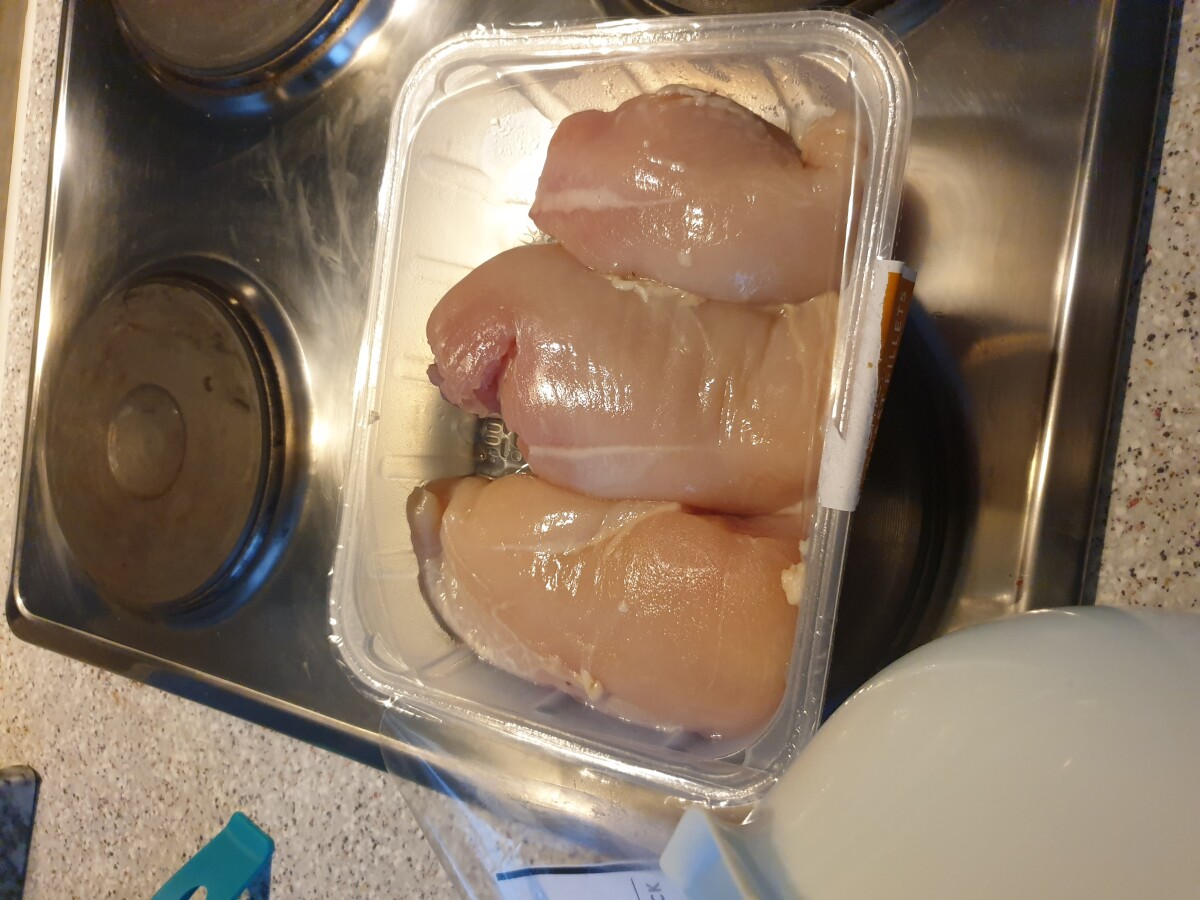