My son ate there last night 5/22/17 he had 8 regular chicken strips, and two biscuits along with Cajun fries. He brought home several strips from the meal, they (he and his girl friend) ate there around 7 pm. He came home last night, went to school today, felt okay this morning, by third hour he had massive diarrhea and vomiting, called me and said he was going to the nurse to see if she would release him, she did not. So I called and checked him out. He came home and has been non stop going to the bathroom, he is very pale, running a low grade fever, drinking plenty of fluids, Gatorade and sprite. I will continue to watch him until morning for any other symptoms. Just wanted to pass this along in case anyone else gets sick from eating Popeyes.

“I pickup up it from the drive-thru 3 days ago, and my wife has been having severe abdominal pain, and diarrhea and nausea ever since. I just realized it was their shrimp because she ate most of them. How can we make them pay for this?! See Less” 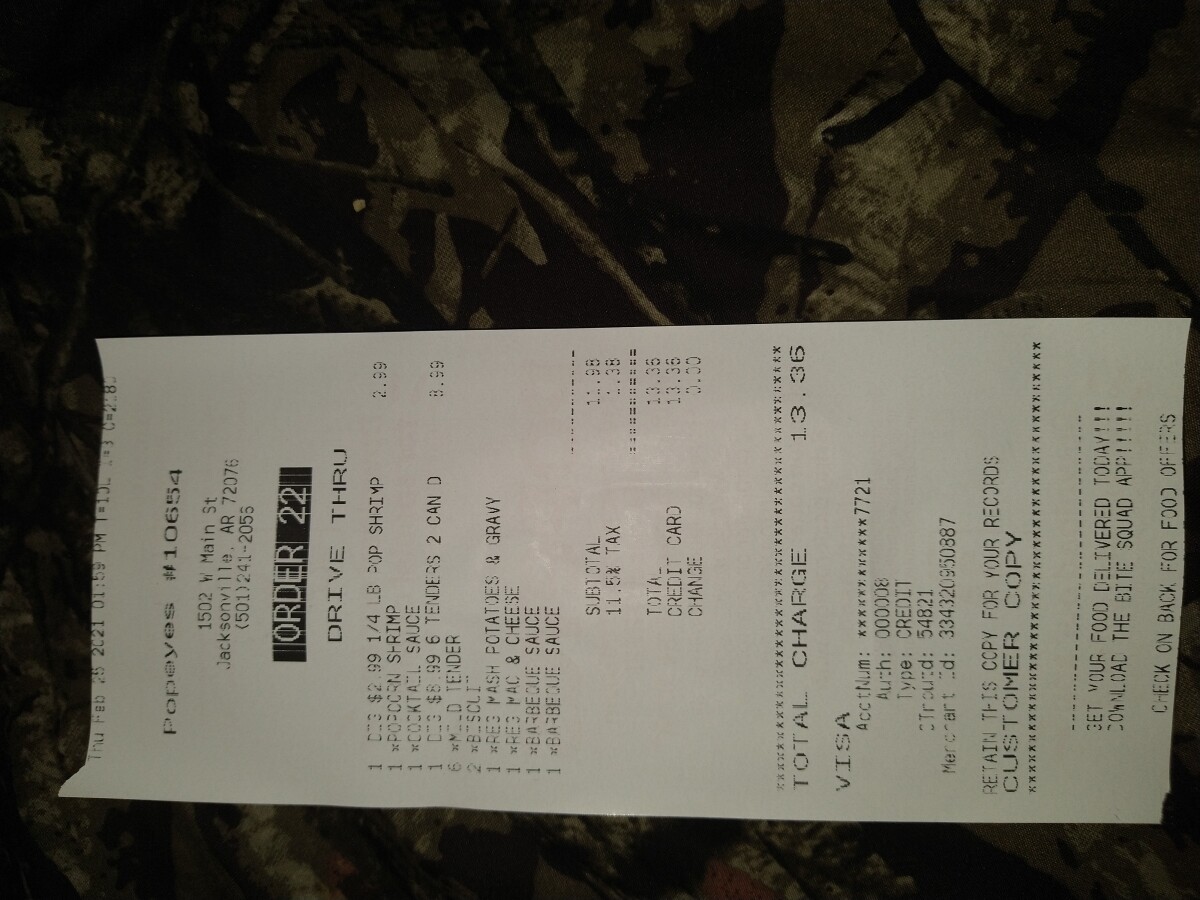 “We ordered 4 chicken sandwiches 2 days ago, got extremely sick and up till this moment we are in horrible stomach pain and have not been able to take a dump. Definitely do not go here. Found out later on there was MAGGOTS in our sandwiches. See Less”

“We order the new fish filet sandwich. Haven't had a reaction to food like this since a tour in Peru. Only positive is I've lost 7 pounds so far. Ugh See Less”

“Probably the chicken sandwich or the strips. Me and my family wanted to branch out so we grabbed up some this on Wednesday and started having second thoughts when I saw some of the chicken on the sandwich was sort of slimy, so I threw it away thinking it was okay. Seriously regret eating there. I ha... See Moreve a fever of 104, REALLY bad stomach/abdominal pain and cramps, watery diarreah. Nearly cured of it, but I was diagnosed with DAMN SALMONELLA BECAUSE OF them. Raw chicken? Really? See Less”

“My boys both ate chicken nuggets on 01/17/21 and both have been horribly sick ever since. See Less”

“Chicken and fish that was raw My sister and I. But I ended up in hospital for 4or5 days. Eat on the 8th of July and by the 10th I was admitt    Vomiting, and diarrhea uncontrollable  headache. They could get my potassium and magnesium to stay up and it started affecting my kidney and they were also... See Moreafraid it was going to affect my heart. I thought I was dying. This should not happen to anyone. I’m still not up to par my stomach is very sensitive and know it’s worse.  See Less”

“I ate a Philadelphia roll, chicken, macaroni, and meatballs from there around 7pm on March 5 2021 and was sick the rest of the night starting from around 9pm (I had nothing else that wasn’t from there and there was no lead-up). I ending up not being able to sleep until around 3am because my stomach... See Morepains were so bad and I constantly had the urge to either use the toilet or vomit. It’s now the next morning and I feel shaky and have slight nausea. See Less” 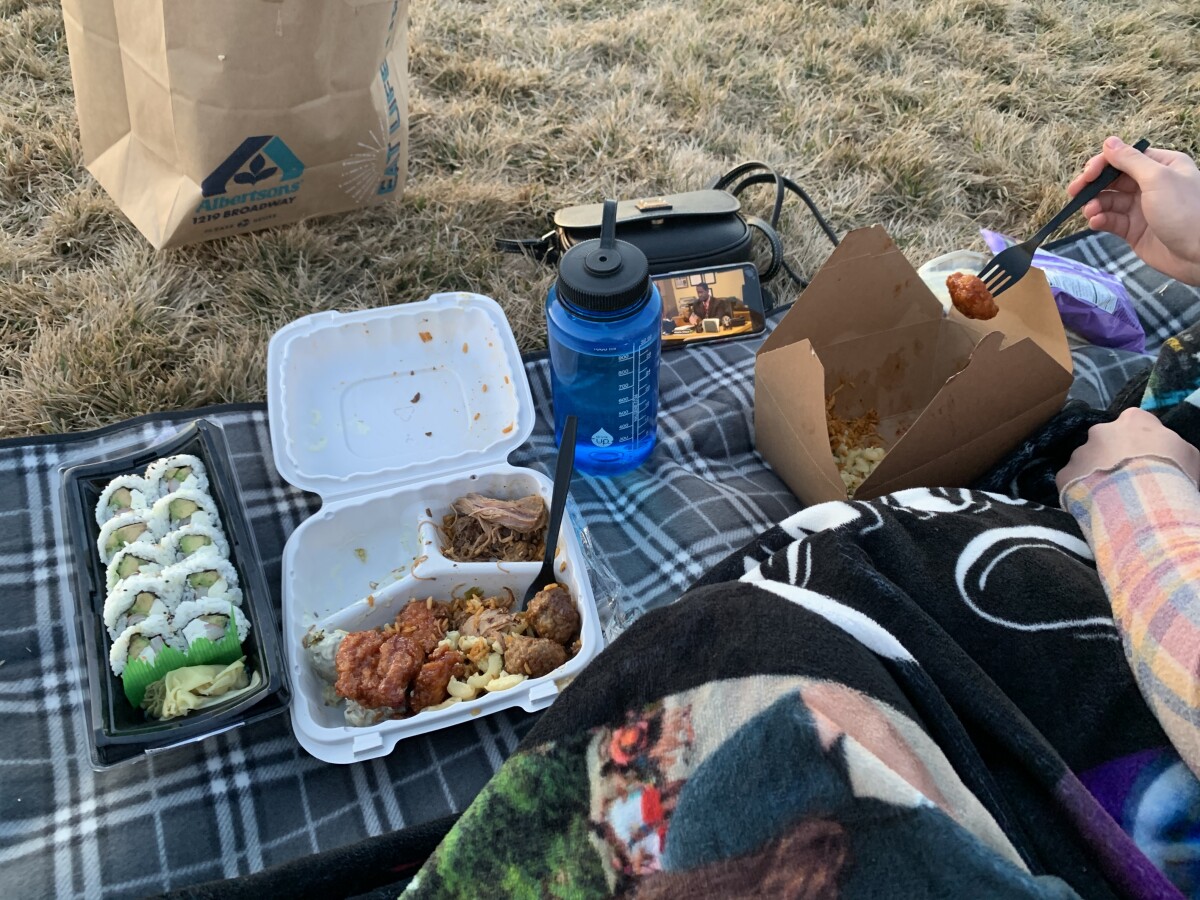 “Yesterday, It was. Salad Soon as I started eating salad within 5min See Less” 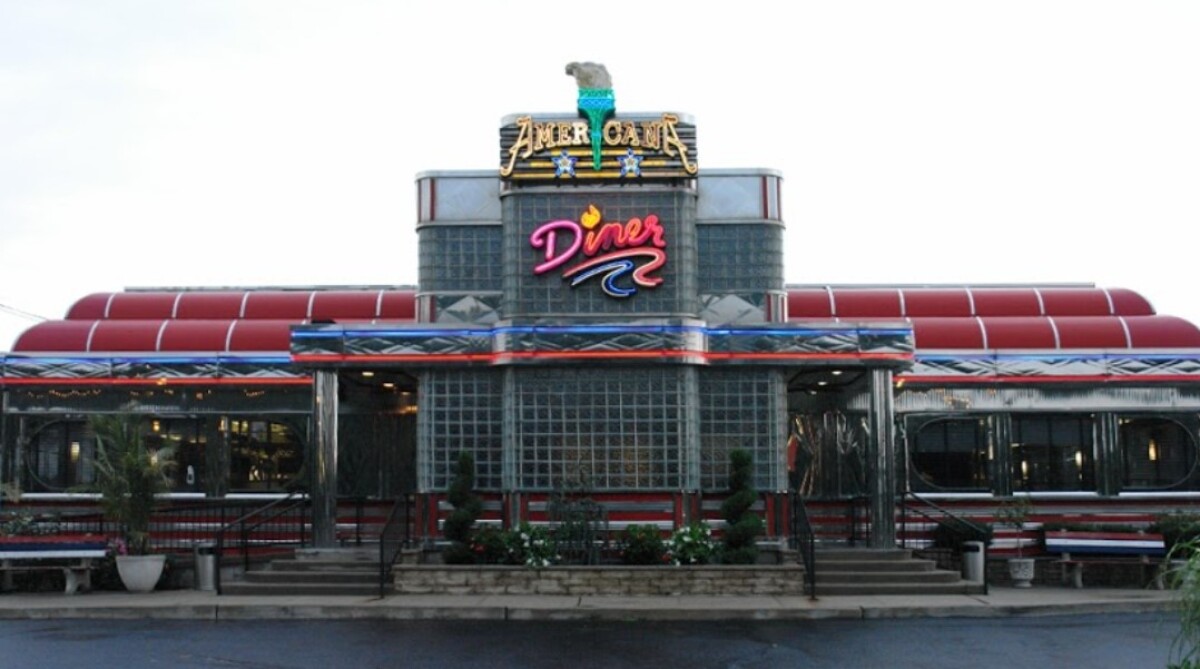 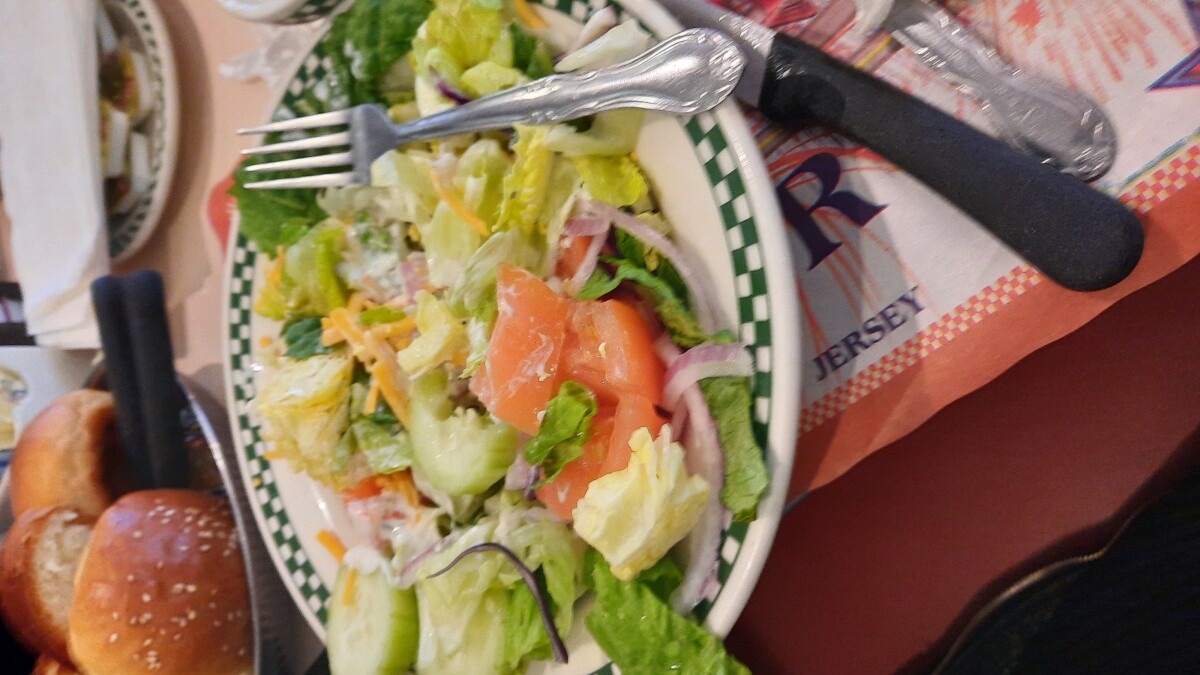 “Over the past 2-3 months I was getting diarrhea 2 to 3 times a week. I finally realized it was always about 6-8 hours after eating canned tuna I had purchased from here. From what I learned online it was histamine poisoning from tuna. See Less” 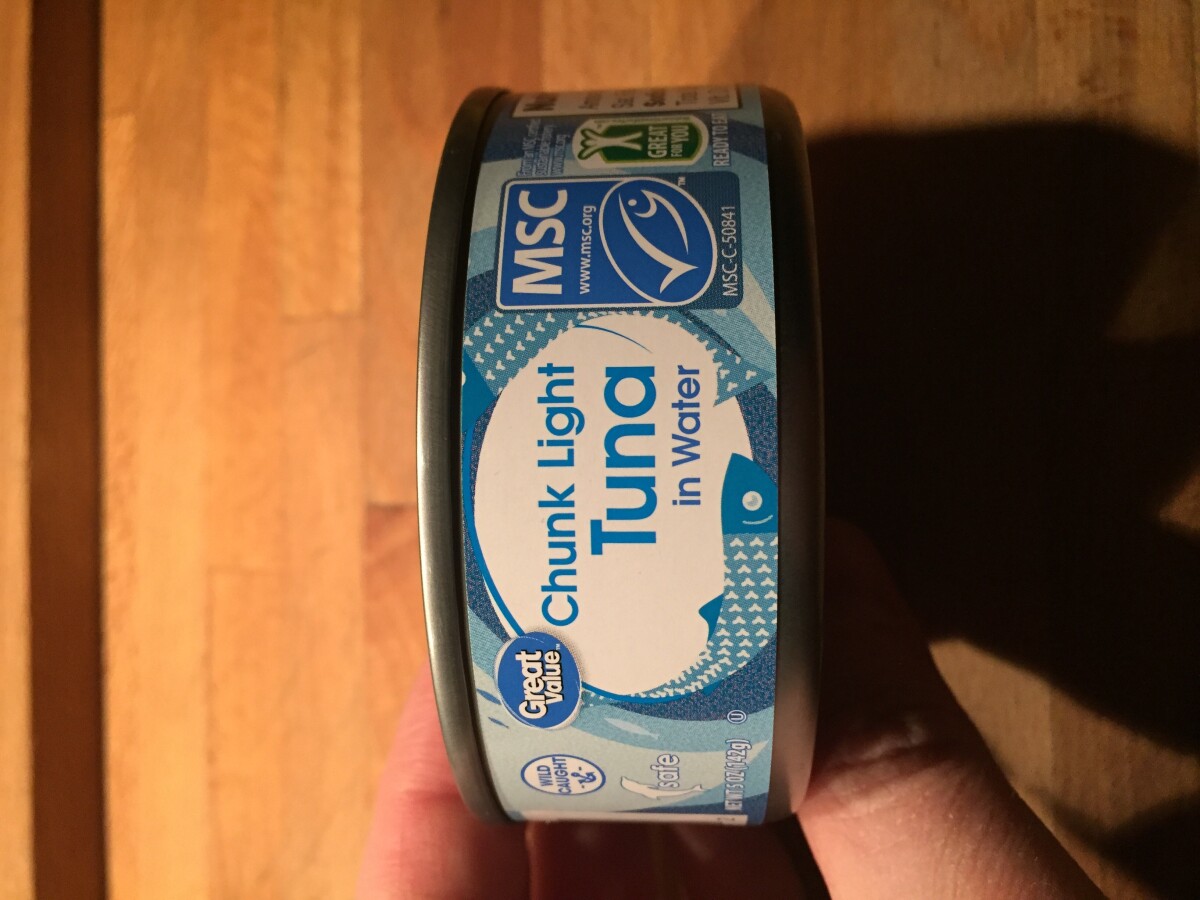 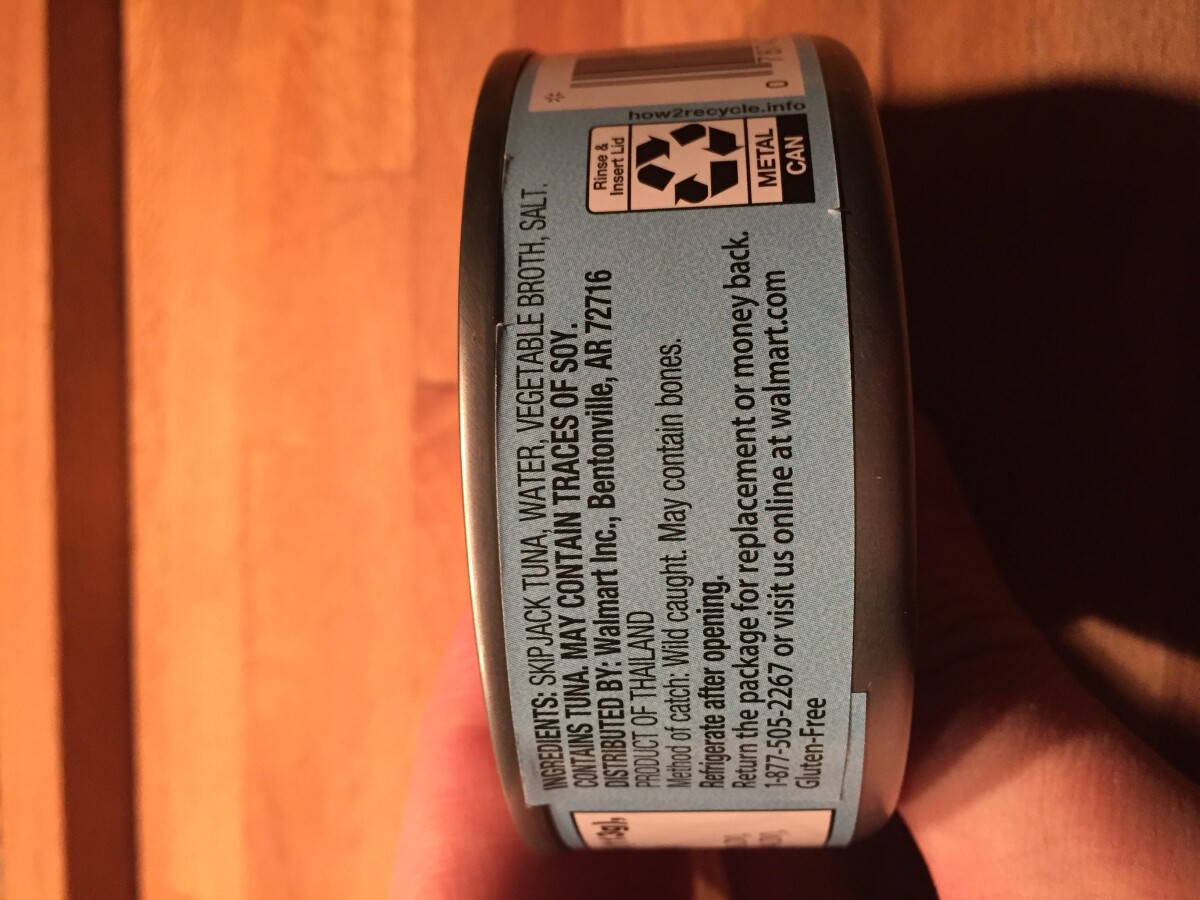 “Terriyaki chiken top on lomain noodle from ready to go area + fresh fuji apple joice near cut fresh fruit, got me sick 15 minutes after eating. I had diarrhea from 8pm and it keep going all night till next day! Never in my life, it is the worst thing! :( See Less” 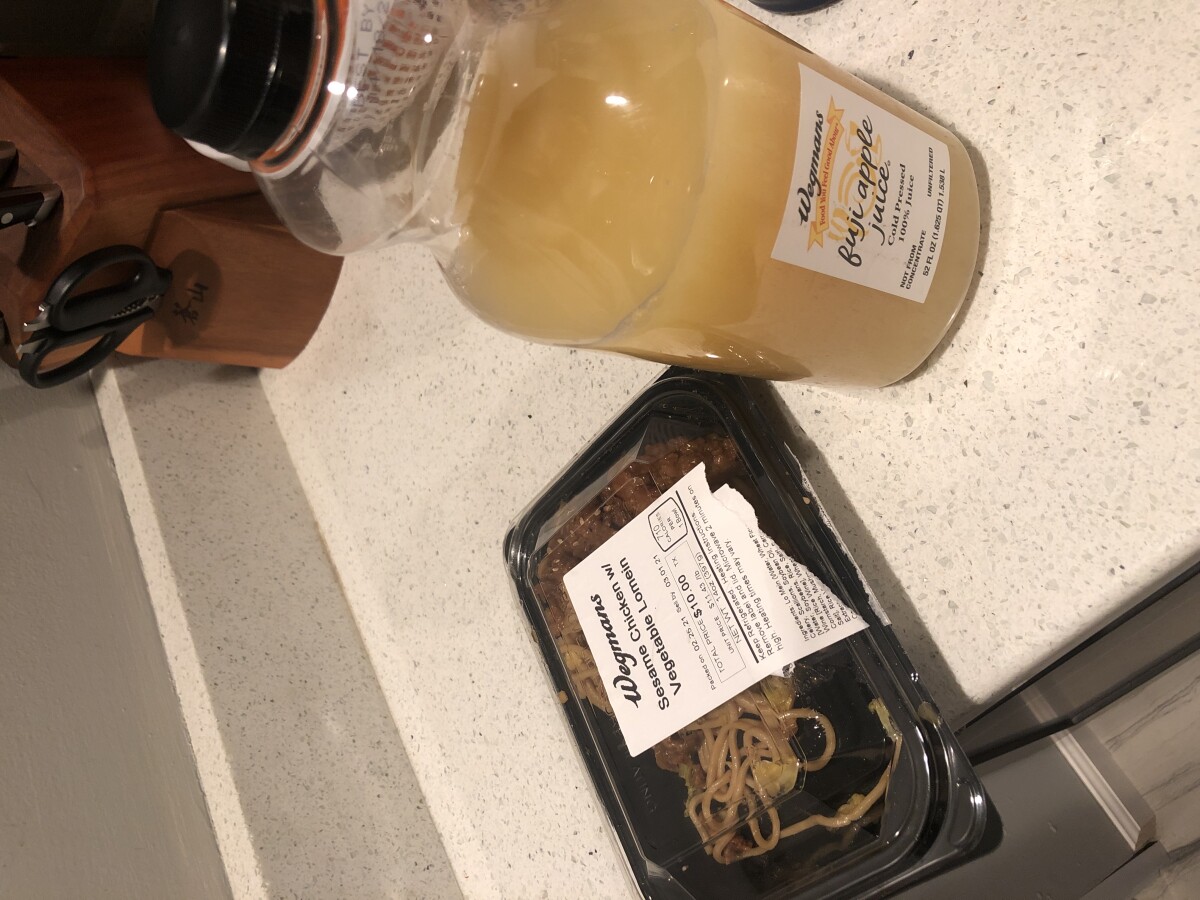 “Company name: Litehouse Inc.
Brand name: Brite Harbor
Product recalled: Caesar Dressing & Dip
Reason of the recall: Undeclared Anchovies
FDA Recall date: February 15, 2021
Recall details: Litehouse Inc. is voluntarily recalling a limited quantity of its Brite Harbor Caesar Dressing & Dip 1.5 oz... See Morepillows because it may contain undeclared anchovies. The Food and Drug Administration has been made aware of this recall which is limited to one production day from a single manufacturing location. Litehouse took this action proactively because people who are sensitive or have allergies to anchovies could be at risk of an adverse reaction if they consume this product.

No reports of adverse reactions due to consumption of this product have been reported. Anyone concerned about a reaction should contact a healthcare provider.

In total, 225 cases of 60/1.5 oz Brite Harbor Caesar pouches were distributed to a limited number of customers in Washington, Oregon, Idaho, and Utah.  All customers impacted by this voluntary recall have been notified. The ‘Best Used By’ date can be found on the back of the pillow, labeled: 03 071321 with the lot code of 03 071321 16002 60/1.5 oz Brite Harbor Caesar. No other code dates of this product or any other Litehouse products are involved in this recall.

The voluntary recall was initiated after it was discovered that product labeling stated Caesar on the Front label and Blue Cheese on the back. Subsequent investigation indicates the problem was caused by a packaging error. Consumers who have purchased the affected product are asked to return them to the place of purchase for a full refund. Consumers with questions may contact Litehouse customer service at 1-800.578.1652 or litehousefoods.com/contact 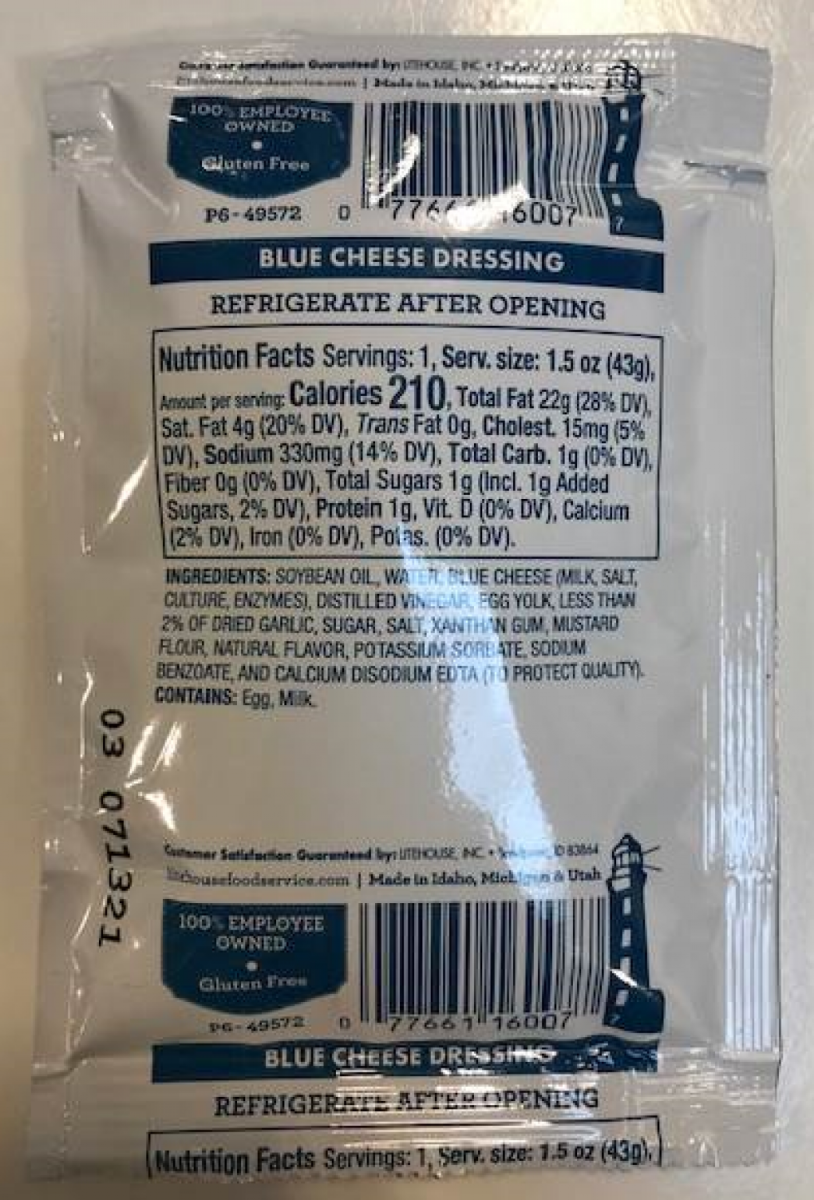 “I got the steak & cheese salad with a bunch of veggies. Ate half of it then felt a little sick but I had to go to work so I ate the whole thing. Felt fine after. About 5-6 hours later I got really sick & threw up at work. Since then I haven’t been able to leave my bed without throwing up. See Less”

“The food  Me my girlfriend and her son got diarrhea and stomach pains .
Today See Less” 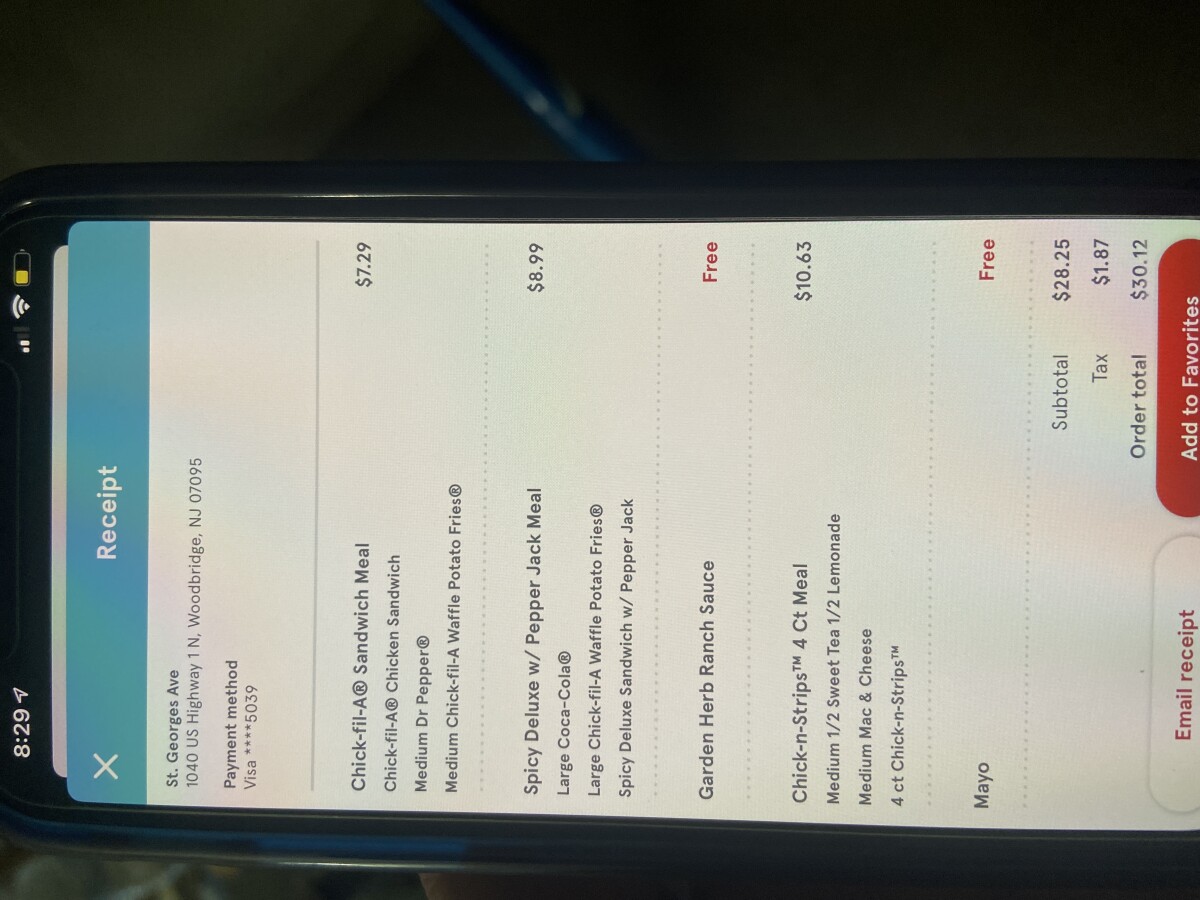 “On February 12, my husband and I stopped there for dinner. I ordered hot Turkey and Chicken Corn Chowder soup. He ordered the same soup but had ziti. The turkey came out luke warm but I put hot gravy on it. That should have been a sign for me. About two hours later I felt a heaviness in my stom... See Moreach. About 5 hours later I had severe diarrhea. That lasted for about two hours in the night and was accompanied by vomiting and a slight fever which lasted for some part of the next day. My husband was spared. -Because he didn't have the Turkey. See Less” 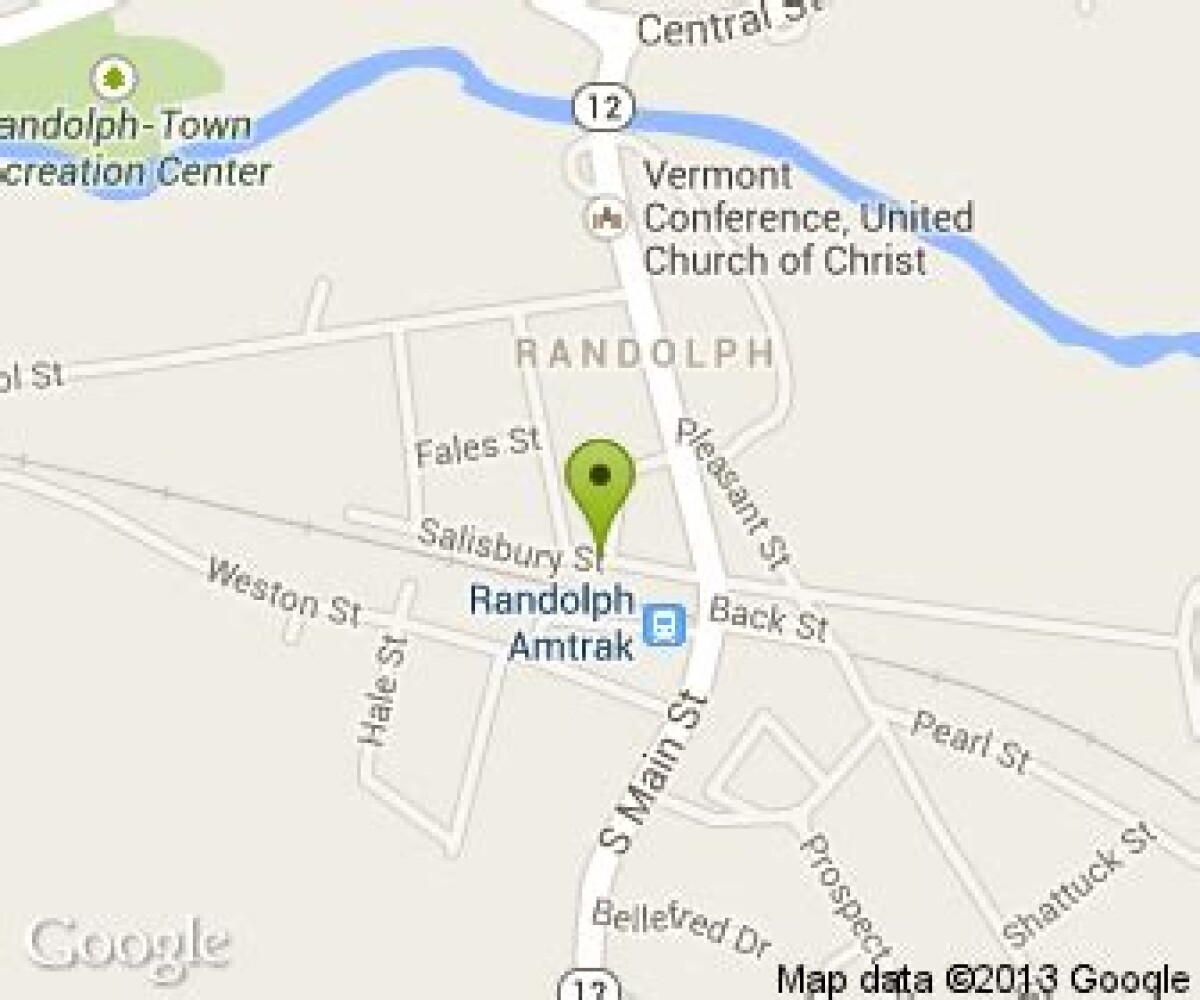 “Got the DIY pizza kit for 4 for my sister and had it delivered to her. Kit came with cheese, red sauce, smoked ham, pepperoni, jalapeños and pineapple. Also are a bowl of the cesar salad. Sister and her boyfriend got horrible stomach cramps all night and awful diarrhea. Called the manager of the pla... See Morece today and was told they have never had a complaint of this nature before. See Less” 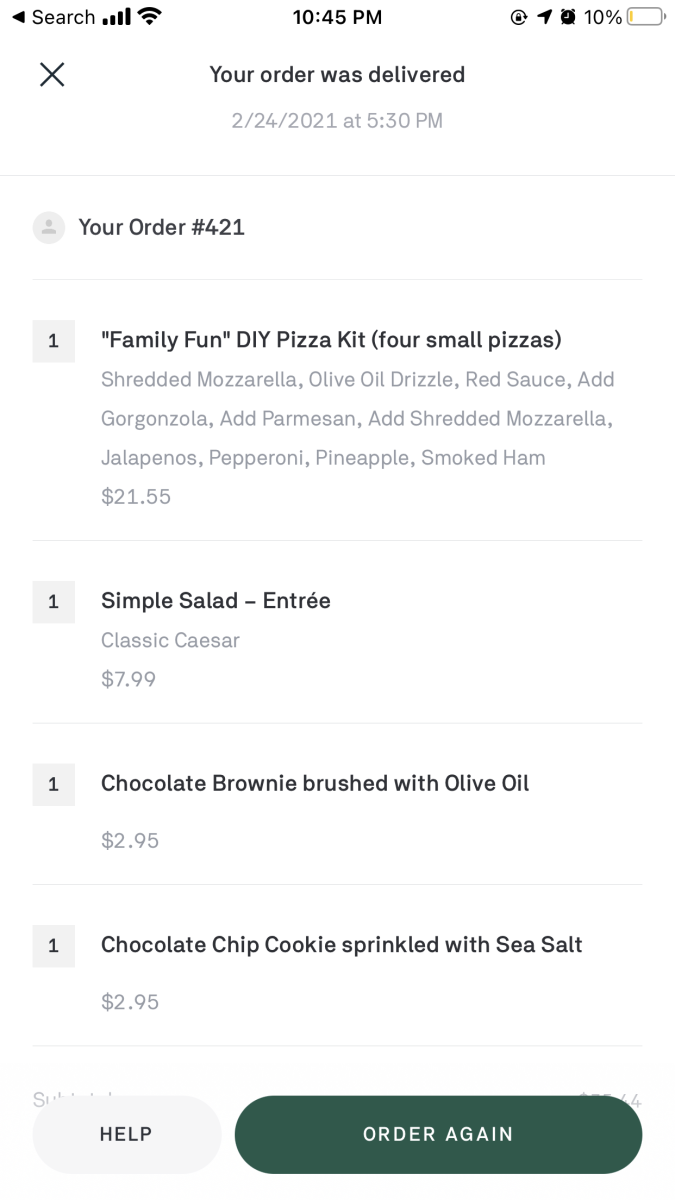