“Sack lunches delivered to Denny Terrace building, unsure of origin, contained in brown paper lunch bags. There were a great number of them left in the lobby. Lunches contained various meat and cheese sandwiches (no peanut butter/jelly), oranges, and vegetables (carrot or celery sticks); also one paper napkin, and mayonnaise packet. All contents were bagged in plastic baggies, except oranges, which were unpeeled.
I removed the meat from the sandwiches, and ate the bread and cheese (did consume mayonnaise with some). Pets that consumed some of the various meats have not shown any adverse reaction or digestive issues.
The oranges stood out, as I did eat a few, and they were the only other outside food I consumed. Fairly ripe navel oranges, not the easiest to peel. The timing of my consumption of the oranges, and the following symptoms and ailments, and their progression occurred in a frame and sequence that would suggest they are a very likely correlation to the illness.
Other foods and liquids were consumed, but none were from an outside source, unsealed, uncooked or an abberation from regular diet, and the timing is not as conducive

Symptoms are heavy fatigue, general discomfort, indigestion/acid reflux, abdominal cramping, and unpleasant sulfur-ish tasting burping. Severe, incessant diarrhea, which has seldom relented, and has allowed little freedom to stray very far or for more than a couple or a few hours from a bathroom at most. Nausea comes in waves, and have felt close to vomiting, and probably could've have, but have not. Can be triggered by slight movements, and will not allow restful or reasonable sleep” 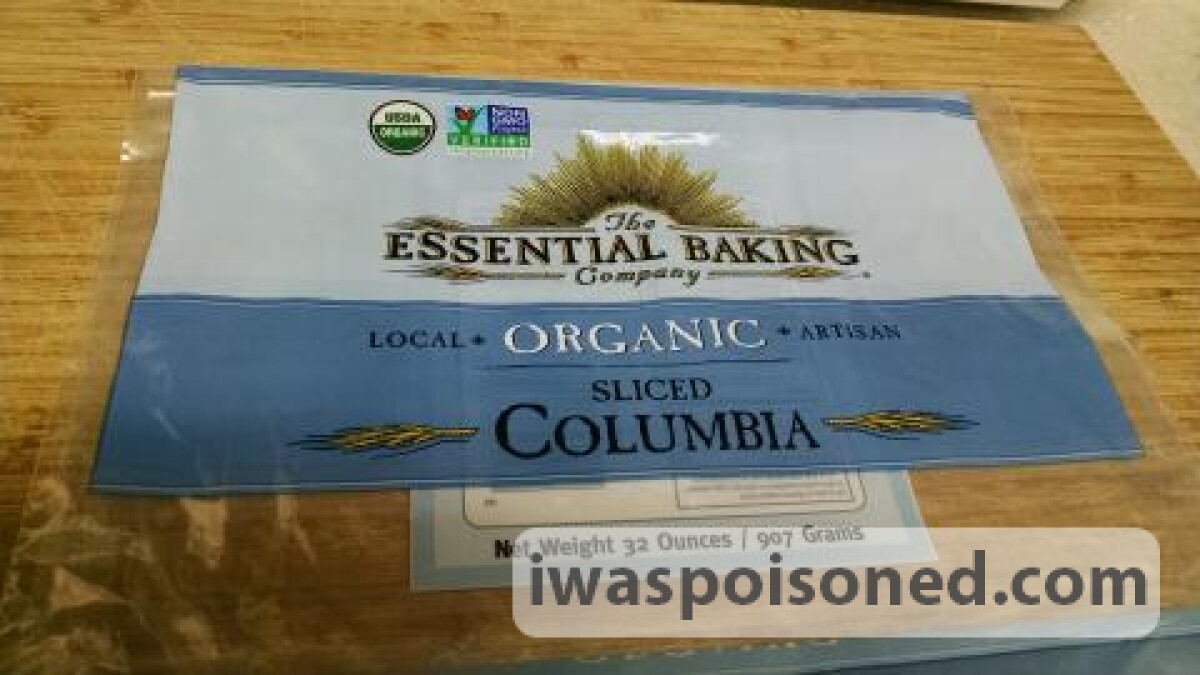 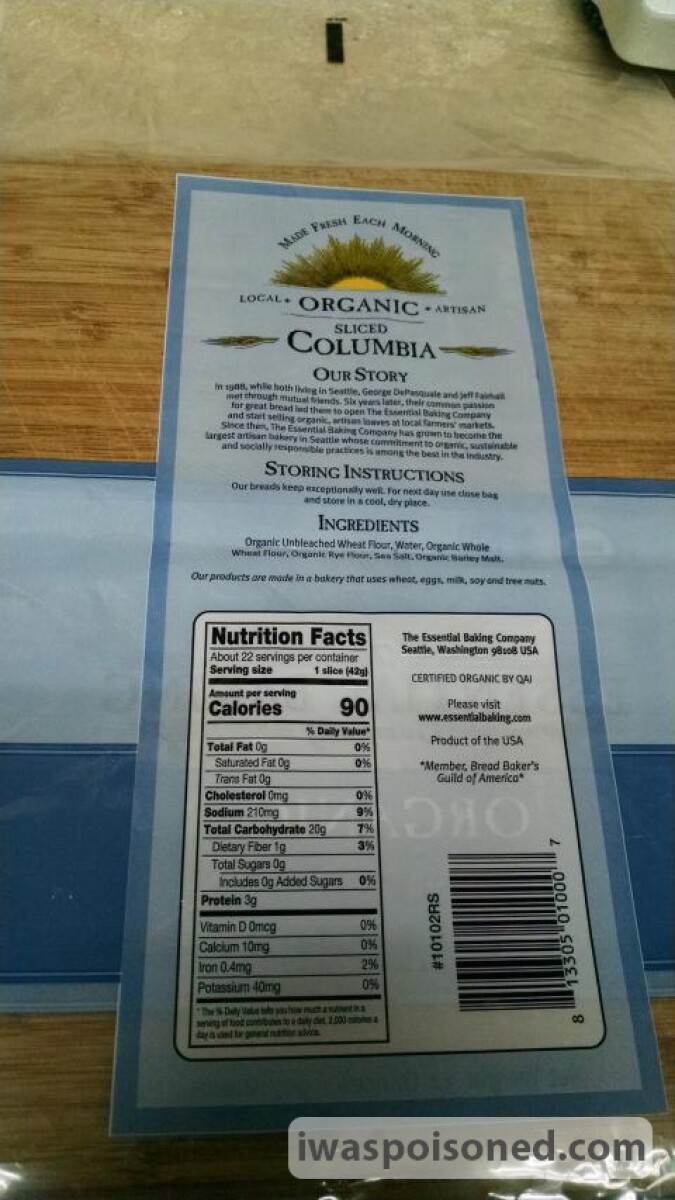 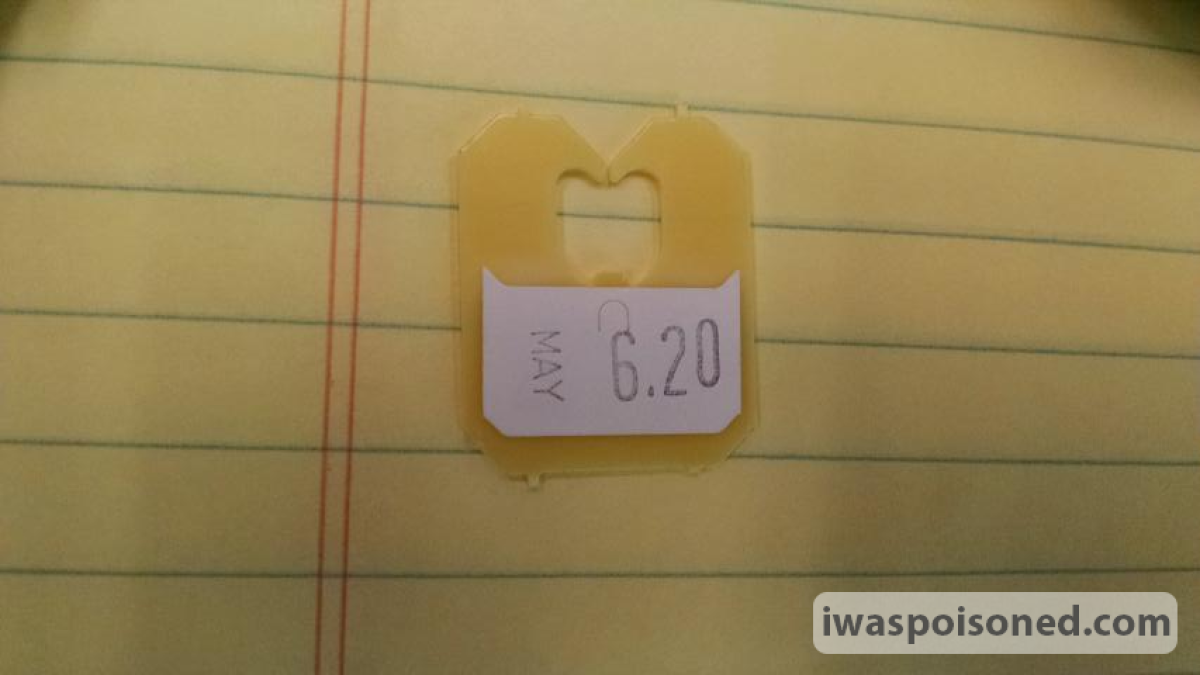 The affected product has the expiration of May 6.20 and it is found on the Kwik-Lok seal at the end of the bag. The mislabeled Sliced Columbia was distributed in the Puget Sound Metropolitan area in Washington only on May 3, 2020. We became aware of the problem around 1pm PST on Monday, May 4, 2020 through internal review and immediately called each of the stores that received the product to have any remaining product removed from shelves. No illnesses have been reported to date. This recall is being made with the knowledge of the U.S. Food and Drug Administration.

“We bought some fish in their seafood department. The fish appeared to be kept unfrozen for a long time. I had a couple bites before realizing that so I threw away the rest. However the few bites I had already made me very sick (severe diaria and vomiting) See above ” 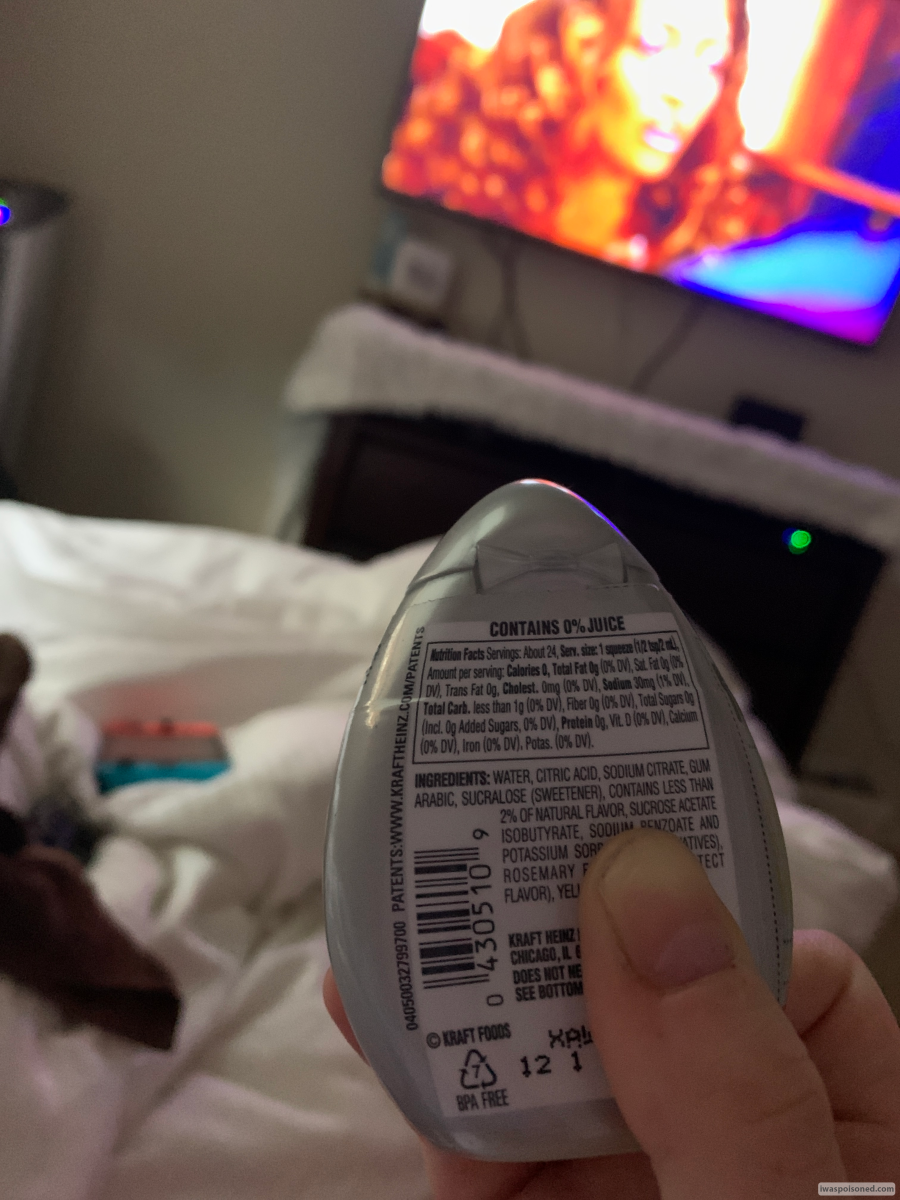 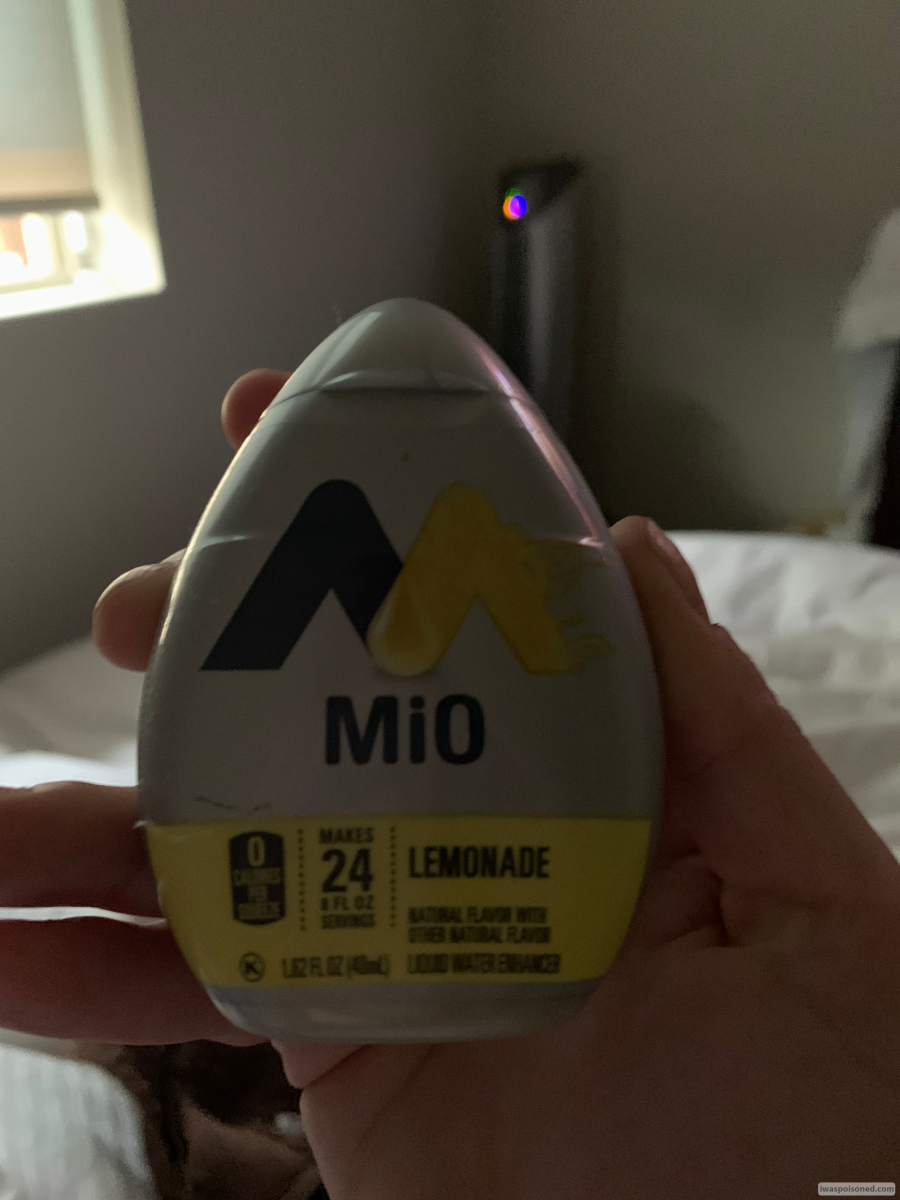 “Not sure I’ve been off and on sick for the last month and a half. I’ve had days of vomiting and some days not, headaches, waves of nausea. It started the day after getting food items. I’d consumed 2 things, Mio & a Amy’s microwave meal. It continues every time... See More I use the Mio in water. This has never happened before, I’ve used Mio for years and it’s never given me a reaction. I’ve been to the hospital and had all my blood work taken. So I’m just wondering if the Mio is making me ill ”

“8 piece bucket. Last night slight nausea and vomit. Had left over today. Was refrigerated and vomited multiple times shortly after eating the chicken ”

“A sushi restaurant (as far as as know) Last night, we ordered sushi for delivery. Me and my brother both ate quite a bit. This morning, he woke up with diarrhea, vomiting, and nausea. Shortly after, I was also struck with the same symptoms. It was more than 8 hours... See More before they began to appear. ”

“Ate the Love is a Battlefield roll with no fish eggs, and spicy mayo. At 3pm. ” 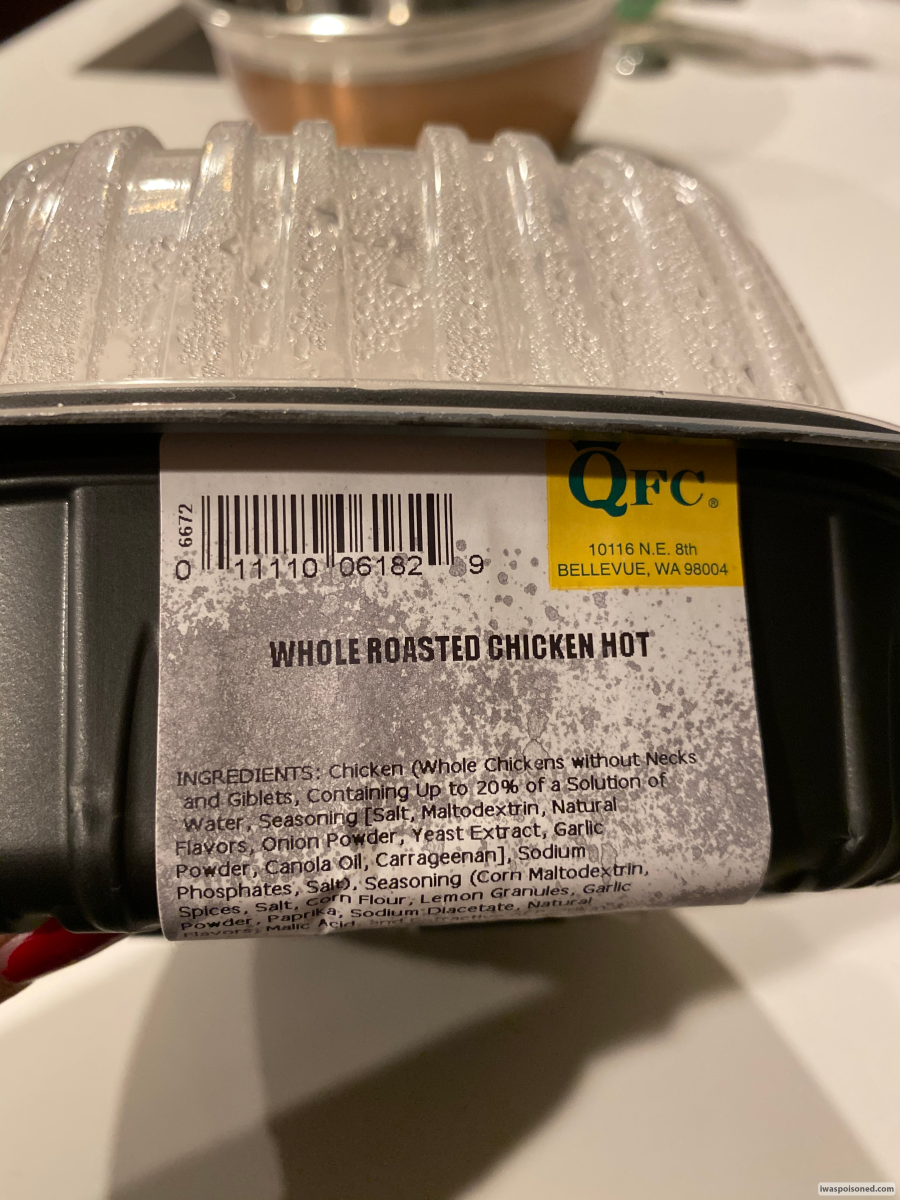 “Purchased the chicken on 3/31/20 around 4pm. Ate it within that hour. Felt nauseous and threw up shortly after. Still feeling nauseous. ”

“A friend and I ordered dinner for delivery. I had ordered the Chicken Penne, but it was horrible so after a few bites, I gave up on it. I ate a piece of the pizza my buddy ordered. That night I woke up with horrible abdominal pain and have been... See More dealing with diarrhea since. ”

“My partner and I stopped in for hot bar last night (3/1/20). That was the only thing I ate all day yesterday. Today I have been constantly violently vomiting and diarrheal. ”

“Had a Java Chip Frappuccino...not even an hour later I got dizzy, light-headed & was throwing up uncontrollably. On day 2, with a 100 fever...still feel like crap ” 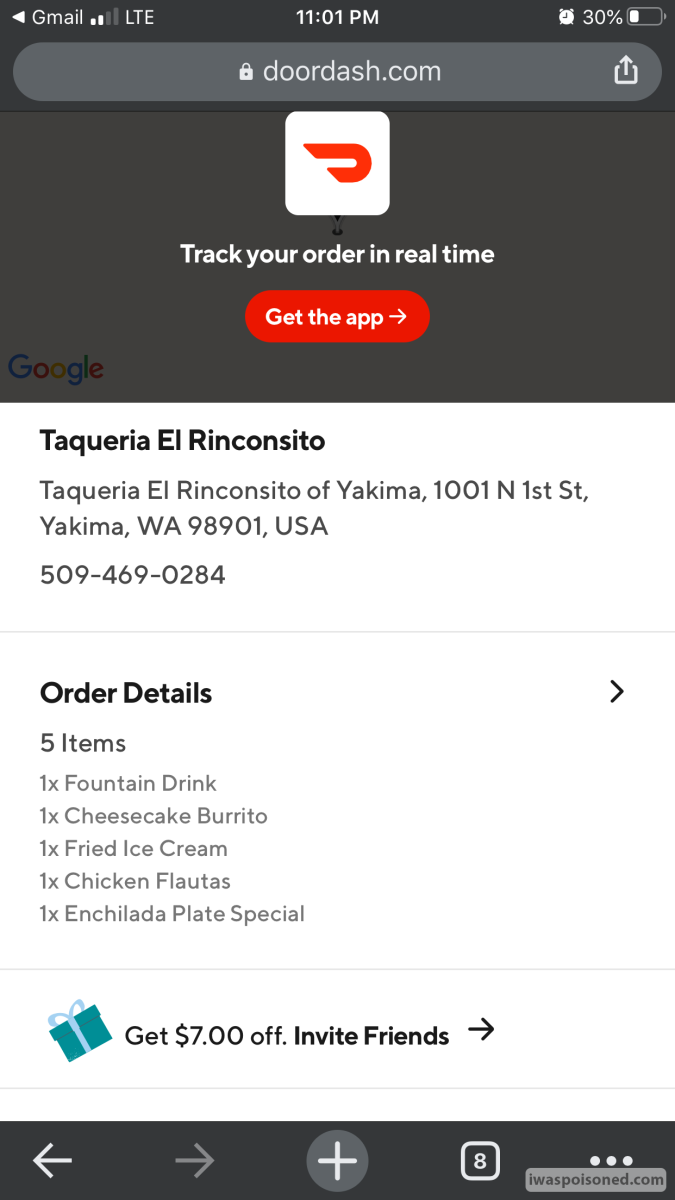 “My friend and I went and had it around 8 PM on Sunday May 24, 2020. I had a chicken soft taco, she had a bean soft taco, and we both had ranch and hot sauce and tater tots. The following day around 9 PM we both started to get... See More sick with violent diarrhea, but her more than me. This lasted about 15 hours and was constant (about every 30 minutes for about 8 hours). I did not get as sick, but we figured she had just eaten more than me. Flash forward to Wednesday and yesterday. I had some leftover ranch from there and decided to use it, as we thought we had gotten sick from the vegetables and had ecoli. Now, I am sitting here after experiencing violent diarrhea yet again, and have to blame the ranch. ”

“I ate a chicken bacon artichoke delight pizza. 3 hours later, I had nausea, vomiting and uncontrollable diarrhea. It’s been 21 hours since I ate the pizza and I still have nausea, diarrhea and dry heaves. ”

“I was fine all day. I ate there for dinner which was a cheeseburger. I woke up several hours later wish I had not been born. Day two and I am still miserable. I could not even get into the doc because of covid and they sent me to the... See More Er where I waited for hours before I made my boyfriend pick me up. ”

“This is the second time that I have gotten diarrhea after getting a diet cherry lime aid. I get the same drinks at other locations and do not get sick. It’s only that one. ”

“Hi. I was good and sick last night from shortly after dinner till I finally fell asleep - having, by then, 'lost' the salmon I'd eaten earlier. It was well-cooked; bought it there - Wild Alaskan Sockeye Salmon fillets, $11.99 lb, thoroughly covered in a shrink-wrap plastic tray. Oddly when... See More starting to prepare it, I lost my appetite! and should have stopped right then. The fish looked fine, but had signs of slight decomposition which were, in retrospect, the red flag: a bit of 'mealiness' on top, signalling that it had started to break down a little. So I put on a good strong marinade of ginger, lemon, garlic etc. figuring that would counteract anything, and fried it well, both sides. The nausea started maybe an hour later. I'm elderly, so things take awhile. I felt VERY sick, went to bed, and had to get up several times before the salmon was all gone from my tummy. Feeling fine now, the next morning. ”

“Worst stomach cramps ever. Nausea. Done with them. ”

“I ordered a keto bowl with lost of salad and chicken and within 1.5 hours I had severe diarrhea. It’s now been a couple hours and I’ve been to the potty at-least five times already. ”

“Marie Callender’s coconut cream pie 3 people who are the pie felt very nauseous the next morning, diarrhea, and like we were going to puke but we never did. We know it was the pie because there were 4 people and only one didn’t eat the pie and they were... See More fine  ” 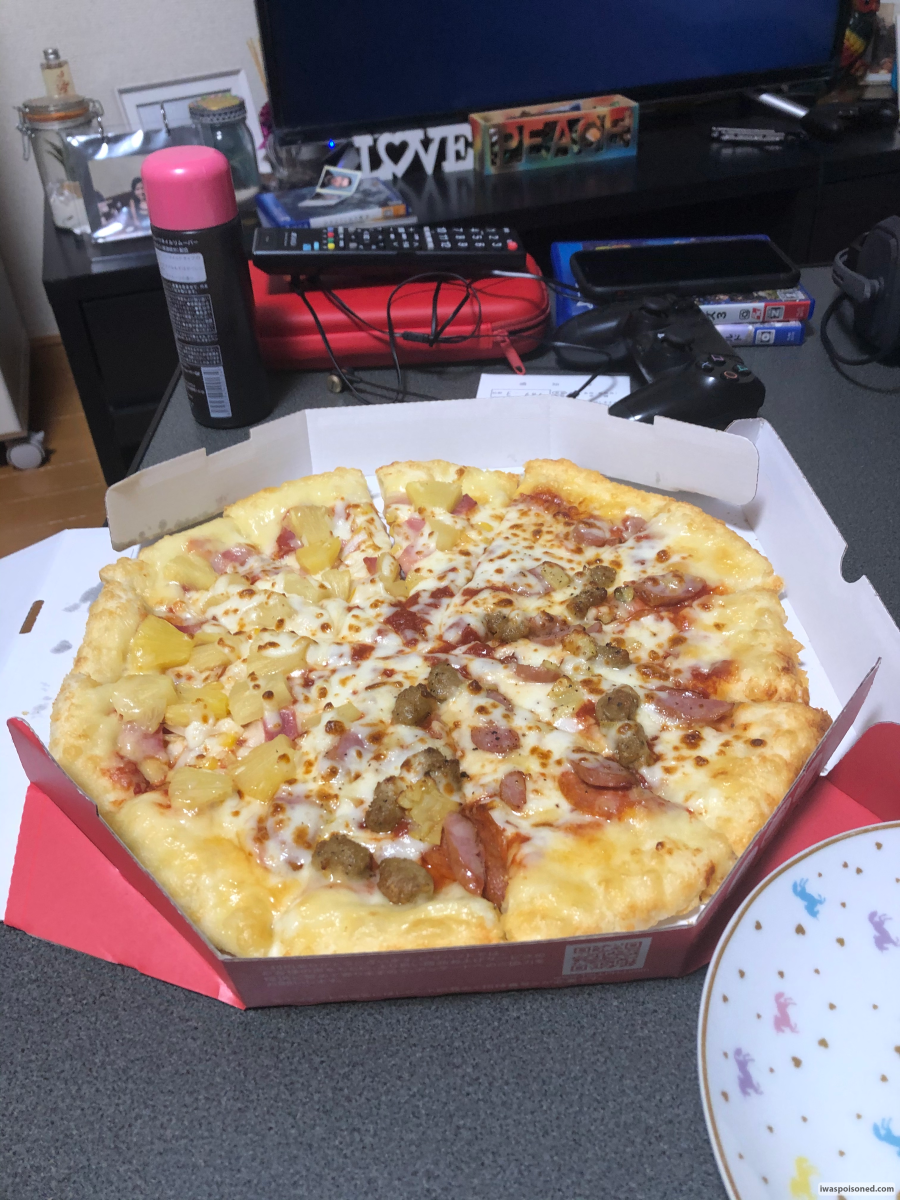 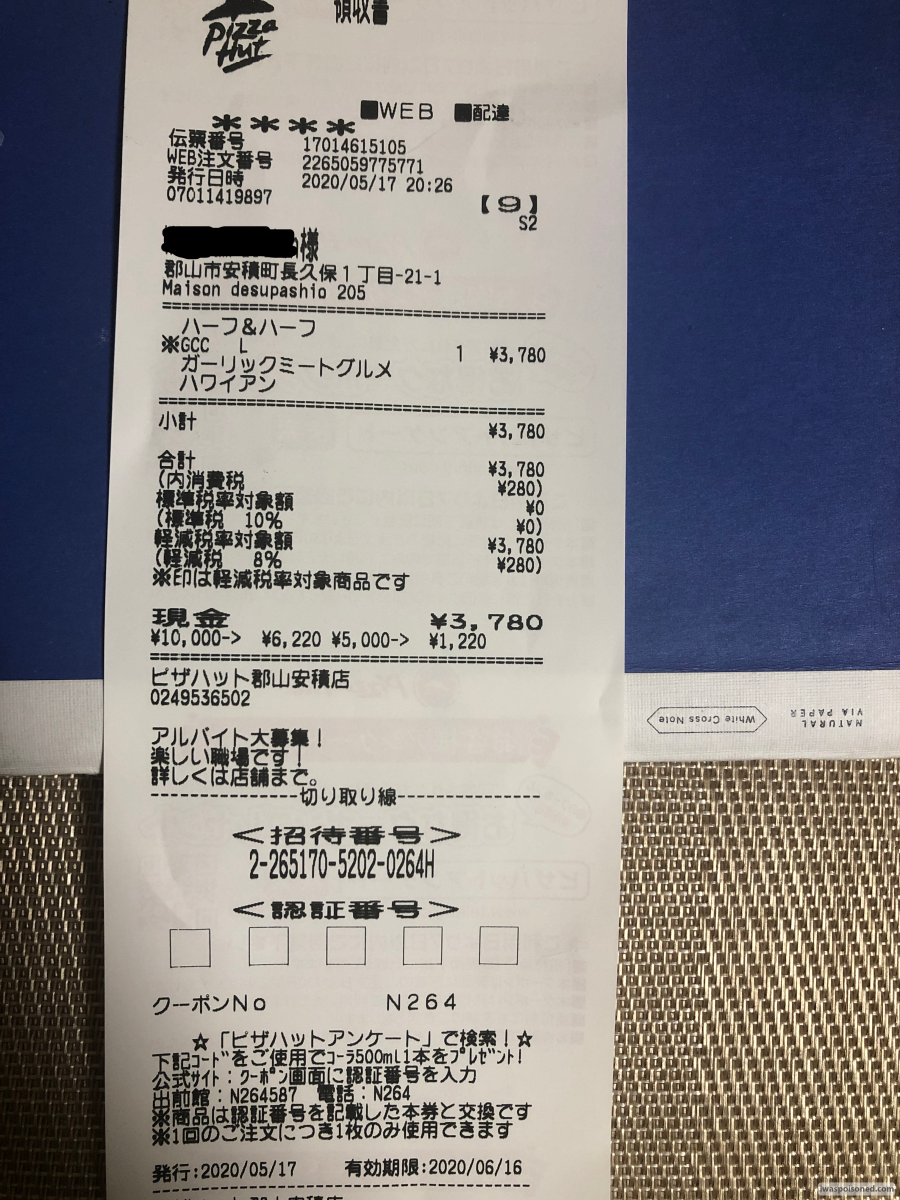 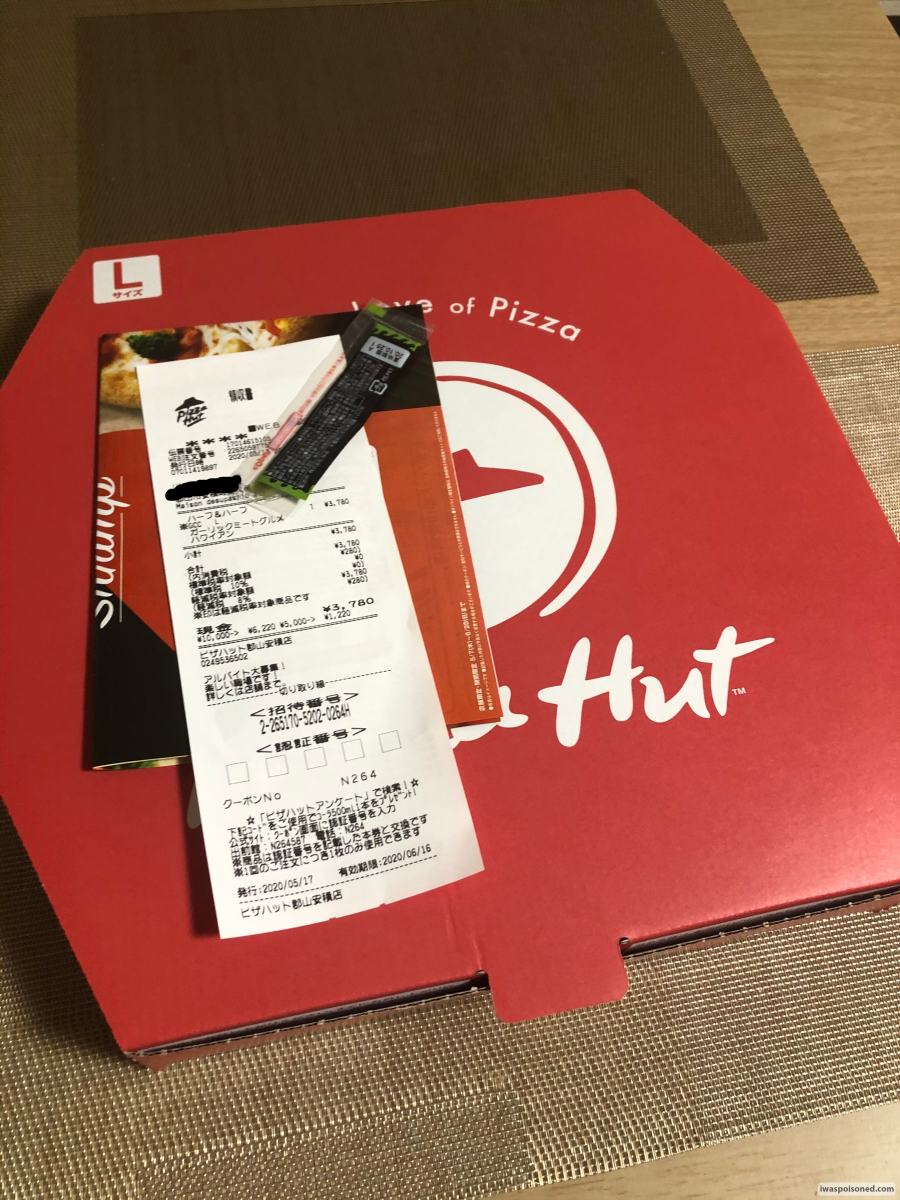 “Eating pizza from there and then putting hot Me and my partner got diarrhea from eating the whole pizza. At first I had a bit of a stomach ache and then we slept later on my partner woke up around 4 am just having a hard time with his stomach... See More too. We both had a stomach ache from the diarrhea  ”

“On May 3rd or 4th 2020, I ate a Signature Select Italian sausage pizza and a few hours later had sudden abdominal pain & vomiting. While eating the pizza I noticed that it didn't taste right, but had never eaten this type of pizza before. Even though the vomiting subsided... See More I continue to have bloating, fairly bad discomfort in upper GI area, and extreme fatigue & weakness of my whole body. ”

“Lettuce from there I ordered burrito   I ordered the special Burrito Maracas with Chicken, they brought it with beef instead. This was around 4 pm Sunday May 31st I got really sick at 5 am this morning  ”

“I believe I got a food-borne illness from an egg and cheese protein box from there. I'm the only one in my family who got sick and that is the only food that I ate by myself. Severe stomach pain, diarrhea, fatigue, and loss of appetite. Sick for nearly 1... See More week. ”

“Avacado consumption I got sick to my stomach after having one yesterday. All night had a reaction feeling awful all day and night. Didn't know what it was thought it was just a fluke until I fell Ill with the same stomach aches as I did yesterday. ” 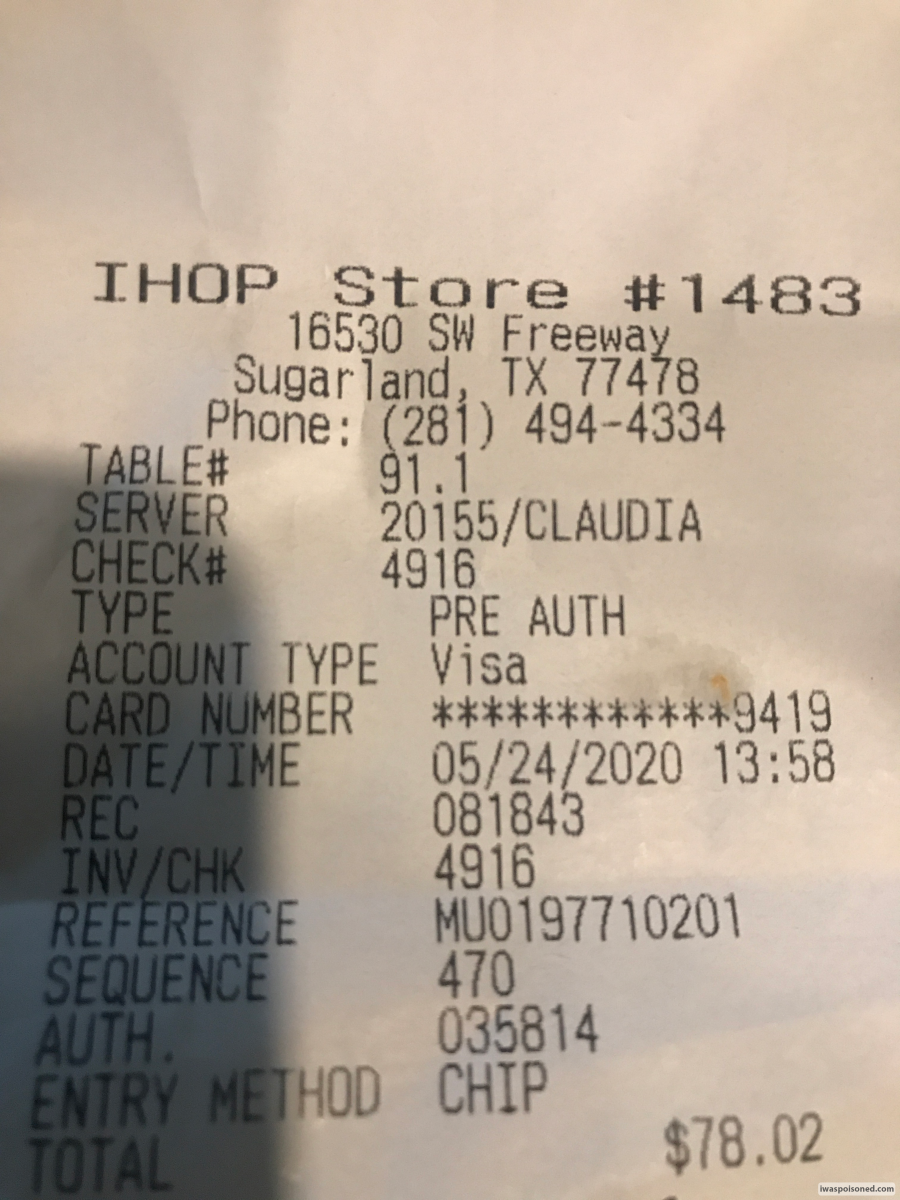 “Ate there 05/24/2020 at 11 am. Got sick around 2pm. 5 of us ate together and 3 got sick. Witnessed an employee in the restroom leaving the stall wearing gloves and left the restroom still wearing the gloves and went straight into the kitchen. Told the manager and he stated... See More it was ok because they have a sink in the back. ”

“we picked up from there on may 8th around 6pm me and my wife both started to have stomach cramps and very bad diarrhea. early saturday morning around 3:00am. we spent the rest of the weekend not being able to eat or.drink because it was running straight through us. as... See More of today we feel much better and can eat light foods ”