I got sick 4 hours into a flight from ACC to IAH after being told by the flight attendant that I was the only passenger in first class to eat the vegan meal. The rice smelled odd but I had already taken a bite. I was so nauseous all flight but eventually vomitted the meal and only the meal in flight. A doctor was paged in flight because I became very week. By the time we landed on July 13, I had to be taken via ambulance from the tarmac to the hospital. I had bloating, diarrhea, and intermittent constipation for 2 months. United has ignored all my reports to their Risk Management Department despite the fact that I sent over 400 pages of medical records from July 13-end of September on two occasions. All emails and calls are ignored. United offered $200. My medical bills are well over $1000 and that doesn't include the ambulance which I haven't been billed for yet. Plus lost work, lost wages, pain and suffering. Yeah United owes big time. My doctors have even offered to write a letter if this goes to court. Sad United. Own up to the issue!. It happened on July 12 | Symptoms: Nausea, Diarrhea, Vomiting, Bloating, Constipation

Time: 14 hours into the 15 hour flight the lady sat behind me began vomiting for 30-45 minutes.
3 hours after the flight landing I experienced an onset of nausea and diarrhea which persists despite prescription anti-emetics.

1/5/23 United flight from Chicago to London. Had the vegetarian stir fry, with a salad. Began having symptoms an hour before landing. Continued for the next 12 hours. Nausea, vomiting, diarrhea. | Symptoms: Nausea, Diarrhea, Vomiting See Less

United Airlines
Flight number 1172
San Jose, Costa Rica to Houston Texas
Monday 16 January 2023
First Class
Had the United Airlines scrambled eggs, potatoes, croissant, fruit & yogurt breakfast. On my connecting flight I started feeling worn out, feverish, freezing, cold chills, restless and was squeezing... See More my rear end closed for dear life the entire 3 hour flight.
Upon exiting my connecting flight, I made a mad dash for the airport restroom and evacuated my bowels. Horrific & violent diarrhea that had a wretched odor. Stunk of food poisoning. Felt nauseous and weak so just sat there with my head against the airport bathroom stall till I had the strength to go to my uber, for what seemed like over 1 hour. The whole time I had a steady flow of liquid stool. Barely survived my uber ride home. Once home had crazy diarrhea and slept for 12+ hours straight. I feel a little better.
Similar symptoms have occurred from eating the United Airlines Snack Box "Tapas" (stay AWAY from that!) & the United Airlines Hamburger. I've even had two attractive stewardesses tell me that United Airlines Hamburger wreaked havoc on their digestive system as well.
United Airlines, please take care of your customers. Im 1k and fly with you every week. I shouldn't have to be concerned about violent diarrhea every time I have a waffle cookie on a United flight. Thank you. | Symptoms: Nausea, Diarrhea, Vomiting, Something else, Fever, Chills See Less 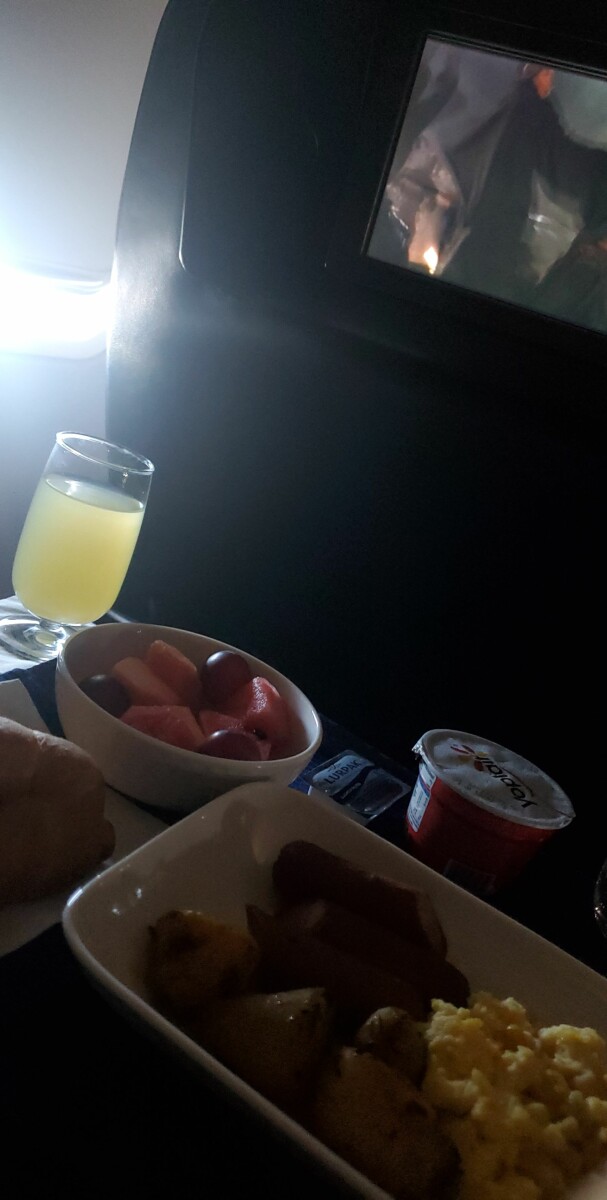 Flight from BOM to BKK

12/27 on In the flight. Cockroach in the food tray Dear Sir/Madam,
I am writing this email as a disgusted customer of your airline. I was traveling with my family and friends on the Delta DL305 flight from Honolulu to New York (JFK) today (12/28/22) and we... See More had a really bad experience which I would like to bring to your attention. We discovered a bug, which looks like a cockroach, in our food tray (see attached photo & video). We were halfway through eating our food and we discovered this.

I immediately brought this to the attention of the flight attendant and the flight leader. They weren't apologetic at all and were just questioning us about how can the cockroach survive in a hot meal, where we can clearly see that it could have come from the salad or the food tray. Either way, it's a really disgusting experience and we were nice enough not to create a scene or notify the rest of the passengers.

After we got off the plane, I was met by a delta representative (attached ID) who took all the details and said that they will report the issue. I didn't get a report # or any other details for reference. I followed up with the flight attendants getting off the plane for her name and she said that she is not allowed to disclose her or her leader's name.

Overall I am really frustrated and unhappy about the way this situation was handled. Discovering this during a 9 hour flight didn't sit well with our group, as most of them have had their meals. It was a really traumatic experience and I would really want Delta to handle this more maturely. Please get back to me on how I can be compensated for this and I hate to say that we are not considering traveling on Delta anymore.

Looking forward to hearing from you soon. See Less

1/29/23, Egg and cheese breakfast sandwich on a Delta flight from Sao Paulo to JFK No thanks | Symptoms: Diarrhea, Nausea See Less

I was buy an 25 pc and added a extra side ores of six wings so I bought them but right after I asked to make that a combo because it was a dollar more the employee say that can’t I would have to buy another order... See More and I pay 46 dollars so he was mad because I questioned it WHy he couldn’t he said 4 $ sir and was very rude I seem weird about that but I still took my food when I get home I eat and 30 min later my stomach starts to burn and my heart was beating really fast and felt dizzy I don’t think that’s right and I felt I should warn someone about this service. | Symptoms: Nausea, Vomiting, Other, Dizziness See Less

My son and i tested positive for salmonella. We ate here. My son got the sickest. He ate the chicken burger and I ate the burger. My daughter did not get sick. She only had a shake. We ate around 5 pm. My son was showing symptoms... See More around 11pm and i didn't have symptoms until morning. It was the worst pain I've felt. It's been one week on medication and still have diarrhea. | Symptoms: Diarrhea, Nausea, Vomiting, Headache, Weakness, Chills, Body Ache See Less

Me and my little daughter are sick, vomiting and diarrhea all night and severe abdominal pain | Symptoms: Nausea, Diarrhea, Vomiting See Less 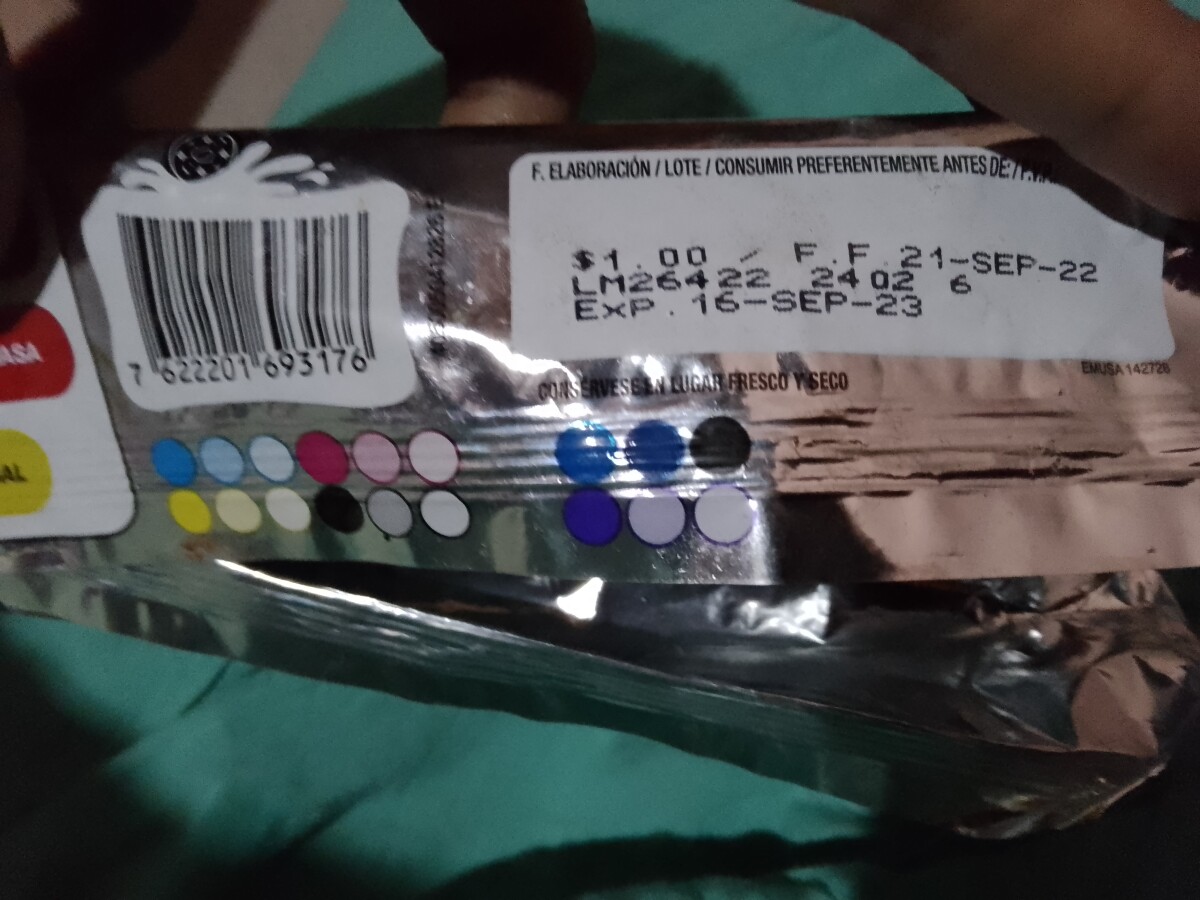 I bought Dr Praeger’s black bean/quinoa frozen burger from there, took them Directly home (5-minute drive) and put them in freezer. The next evening I cooked one for dinner. I followed recommended stovetop cooking instructions. I ate the burger plain Thirty minutes after eating I started feeling... See More sharp pains in my stomach. I spent the next twelve hours on the toilet while holding a trash can as I was violently vomiting while simultaneously experiencing severe diarrhea. My whole body was ice-cold yet I was sweating profusely. My husband was so concerned he wanted to take me to the hospital but I refused. It took twelve hours for the constant vomiting/diarrhea to slow down, another six before it completely subsided, and now (three days later) I still feel extremely weak and shaky. Also, a lingering effect from the vomiting is my throat still burns and my voice is only just coming back. Ive never been that sick in my life and, as an added sting, I had to call out of work the past few days bc of all this which will cause a financial strain I will feel for weeks and I’ll never be able to eat any kind of burger for the rest of my life. Thanks Dr Praeger’s | Symptoms: Nausea, Diarrhea, Vomiting, Sweating, Weakness, Stomach Pain, Shaking See Less 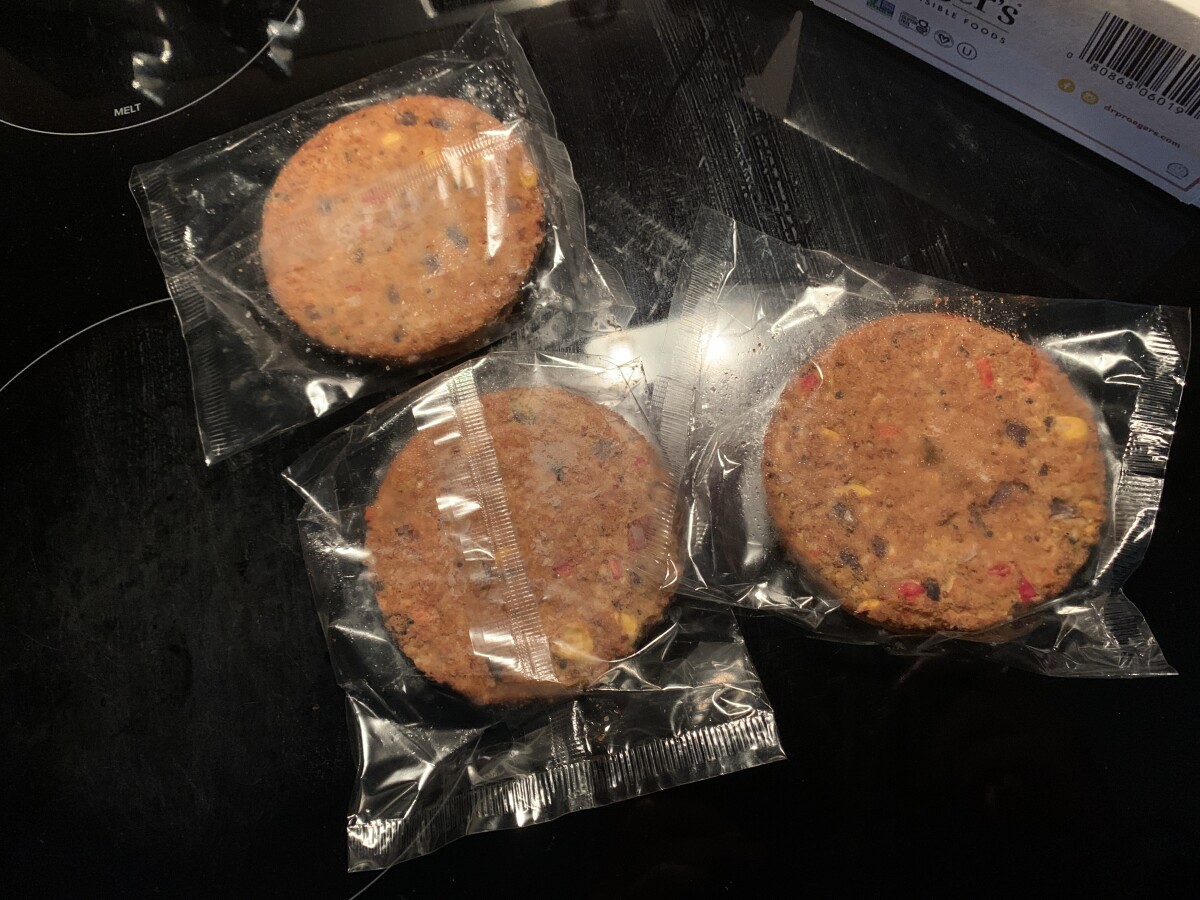 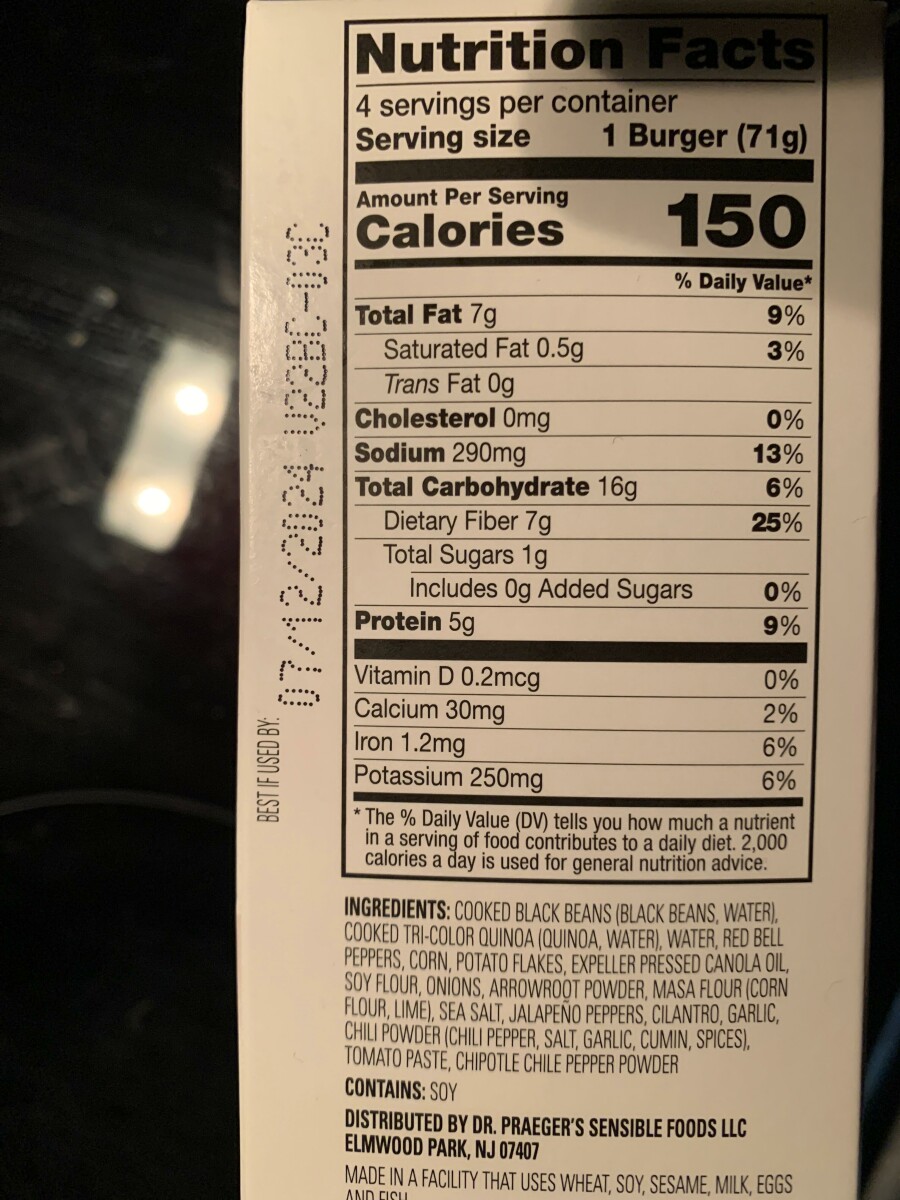 Ordered 6 cookies tonight for our 1st time. Only ate half of 4, and a bite of oreo that tasted awful. They were very doughy. Within. 2 hours my daughter and I both got headaches, nausea, and she threw up. | Symptoms: Nausea, Vomiting, Headache See Less This restaurant, We had beef there, next day 4 of us feel so sick and vomiting whole day. | Symptoms: Diarrhea, Vomiting See Less 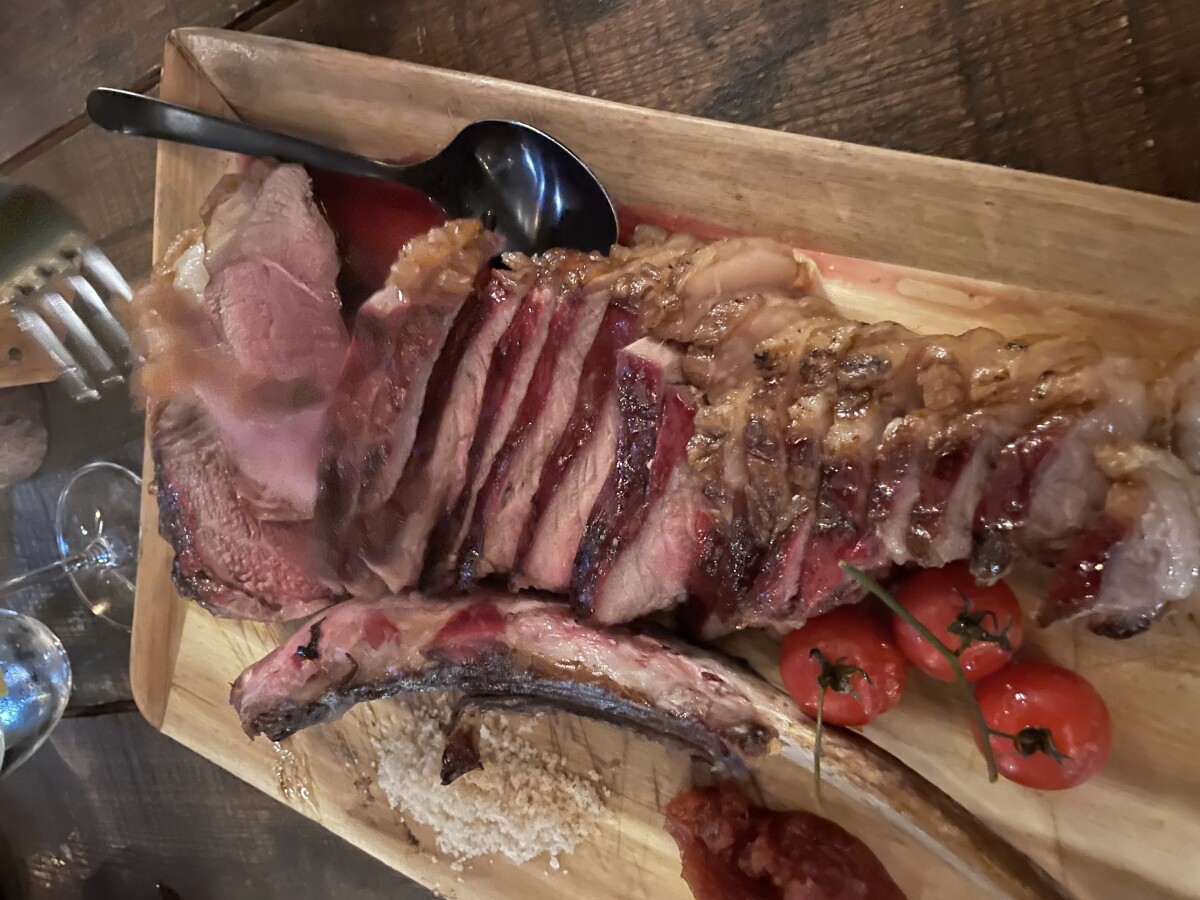 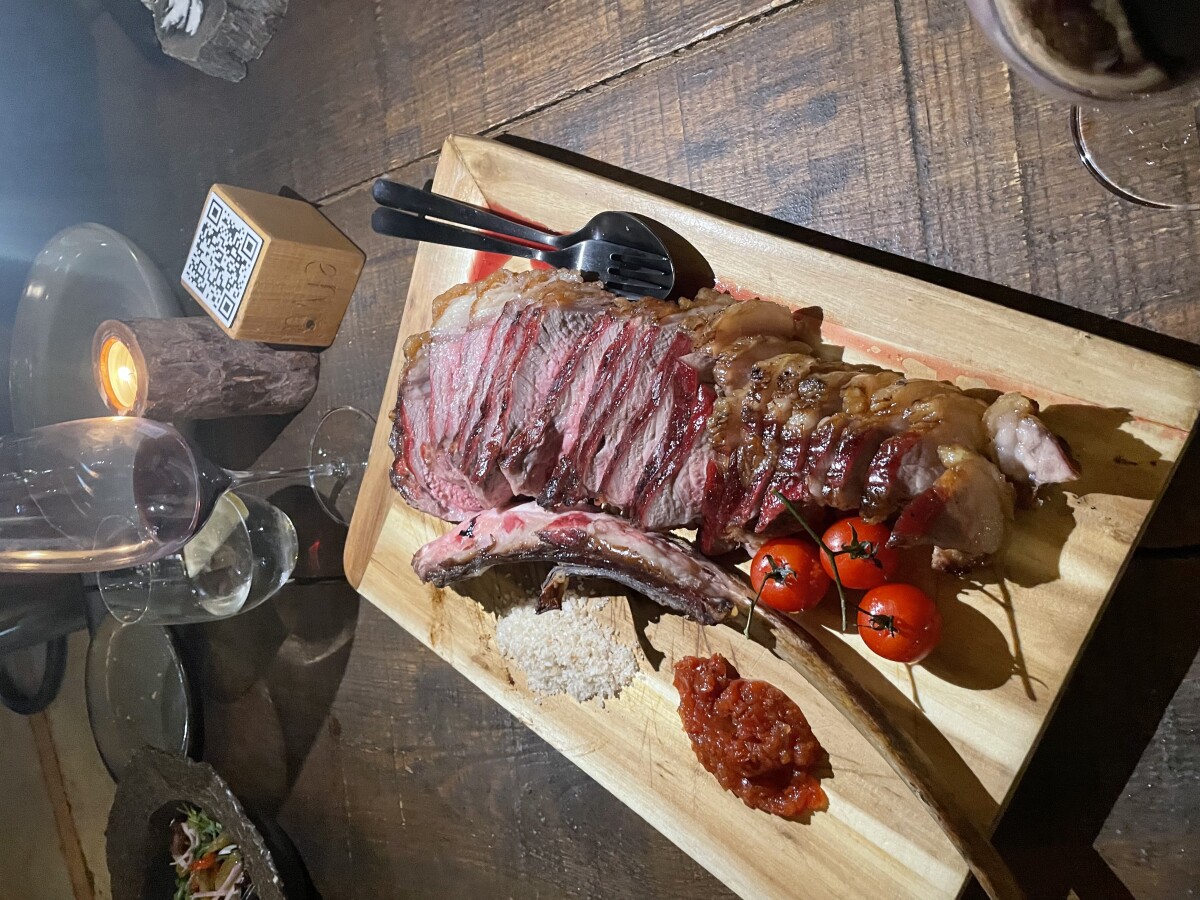 Severe food poisoning on the ground we set up on the terrace on the middle sidewalk (Rambla)
2 days sick like a dog with a big lack of hygiene... to flee | Symptoms: Nausea, Diarrhea, Vomiting, Something else See Less 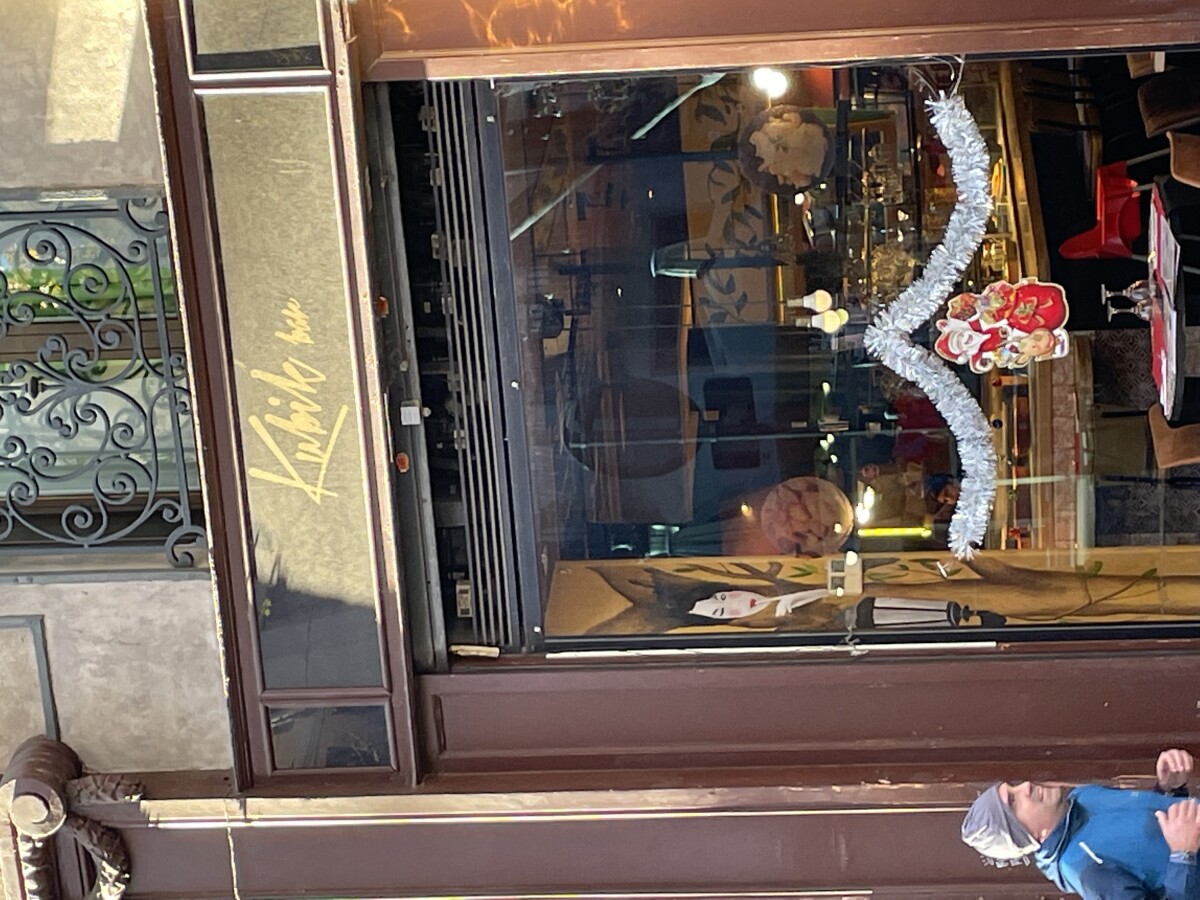 The FSAI announced the recall of several Jay & Joy vegan products due to the possible presence of Listeria monocytogenes. These products were distributed in Ireland.

Consumers are advised not to eat the implicated products. Caterers should not use these products and retailers must recall the products from their customers.

In case you are experiencing Listeria monocytogenes symptoms such as high fever, severe headache, stiffness, nausea, abdominal pain, and diarrhea, it is important to report it. It can help to detect & resolve outbreaks early and prevent others from being harmed, and it enables better surveillance. If symptoms persist, seek medical care. 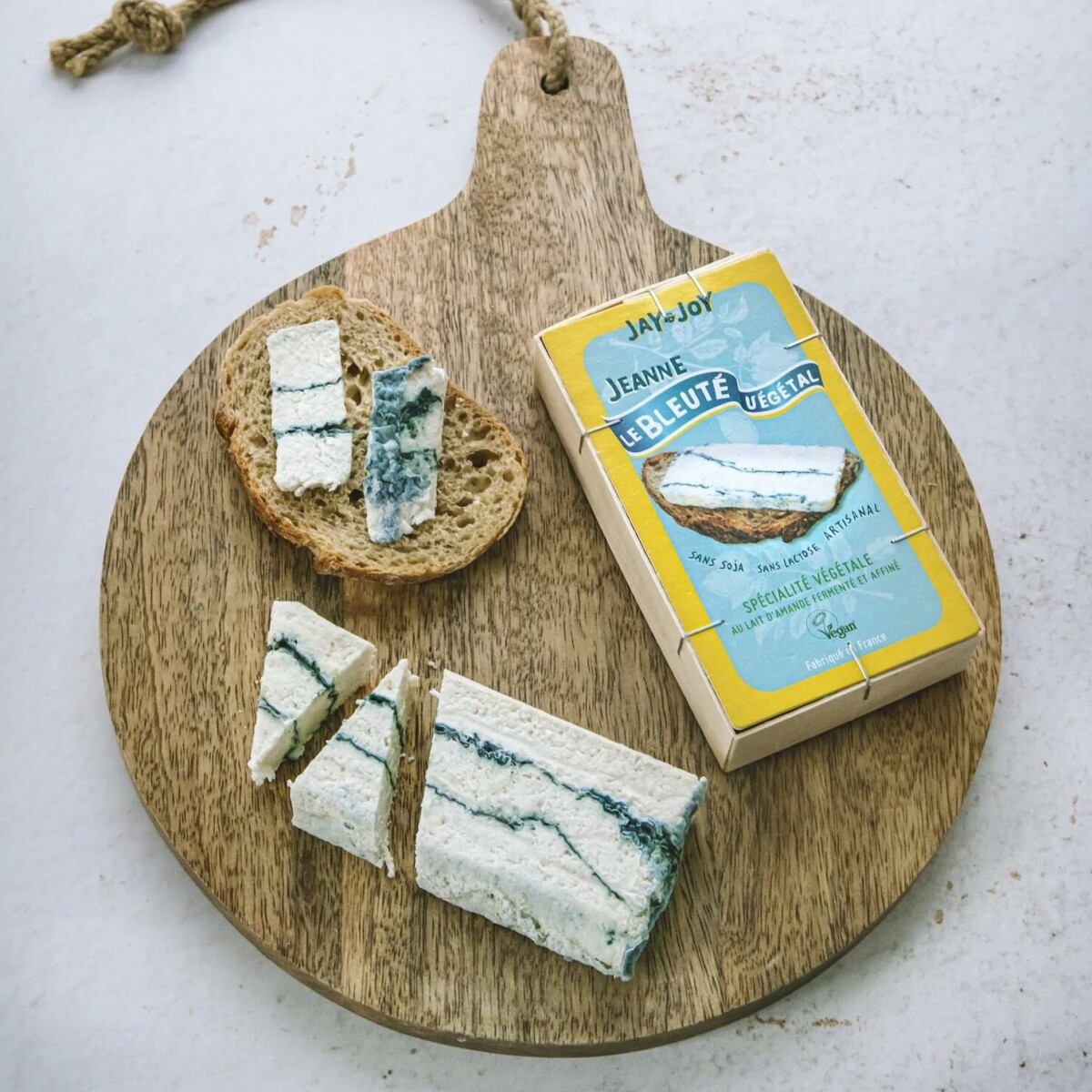 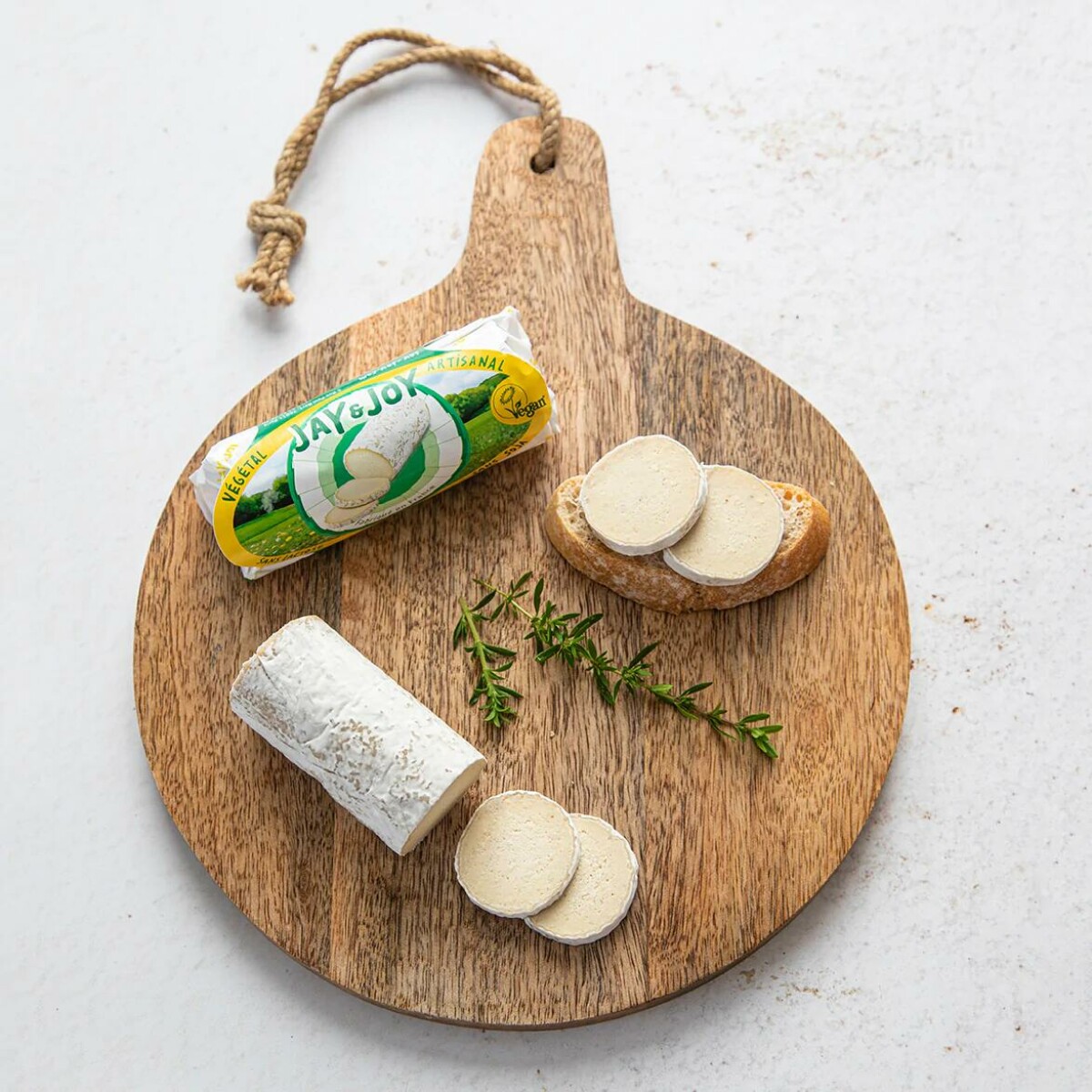 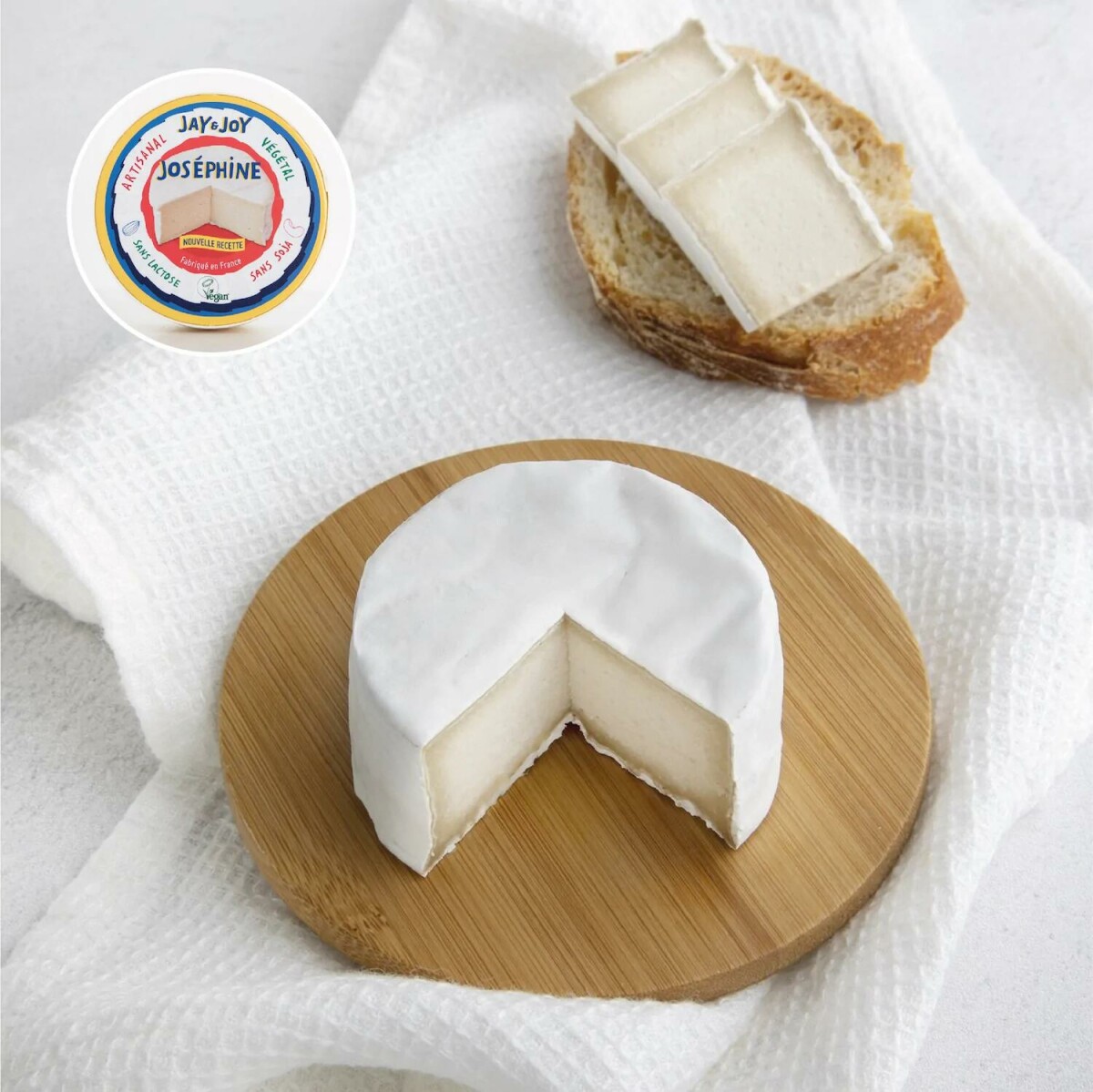 Had a spicy chicken baby burrito and a quasedilla box meal couple hours after was getting stomach cramps and really bad diarrhea after and was the only thing i had eaten that day so i couldn’t relate this to anything else | Symptoms: Diarrhea, Vomiting, Cramps See Less 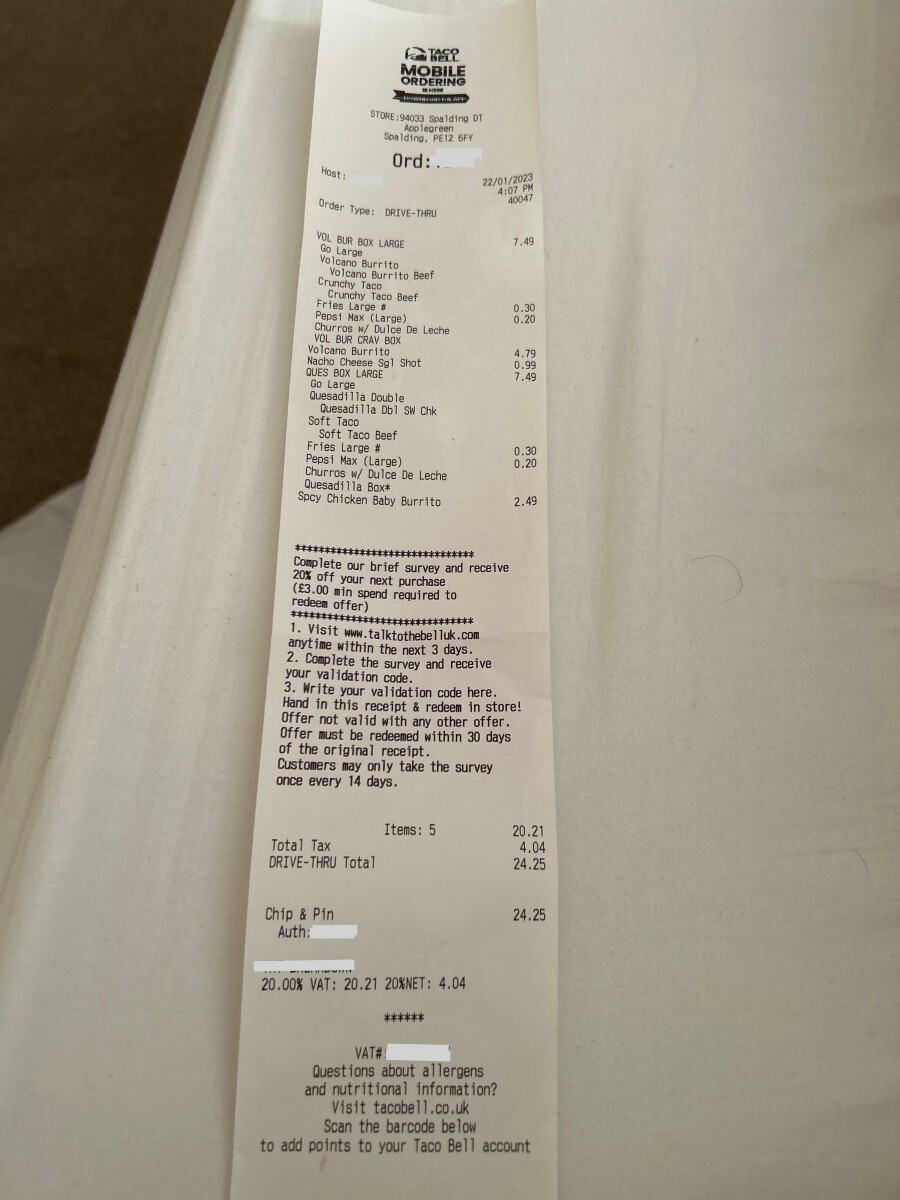 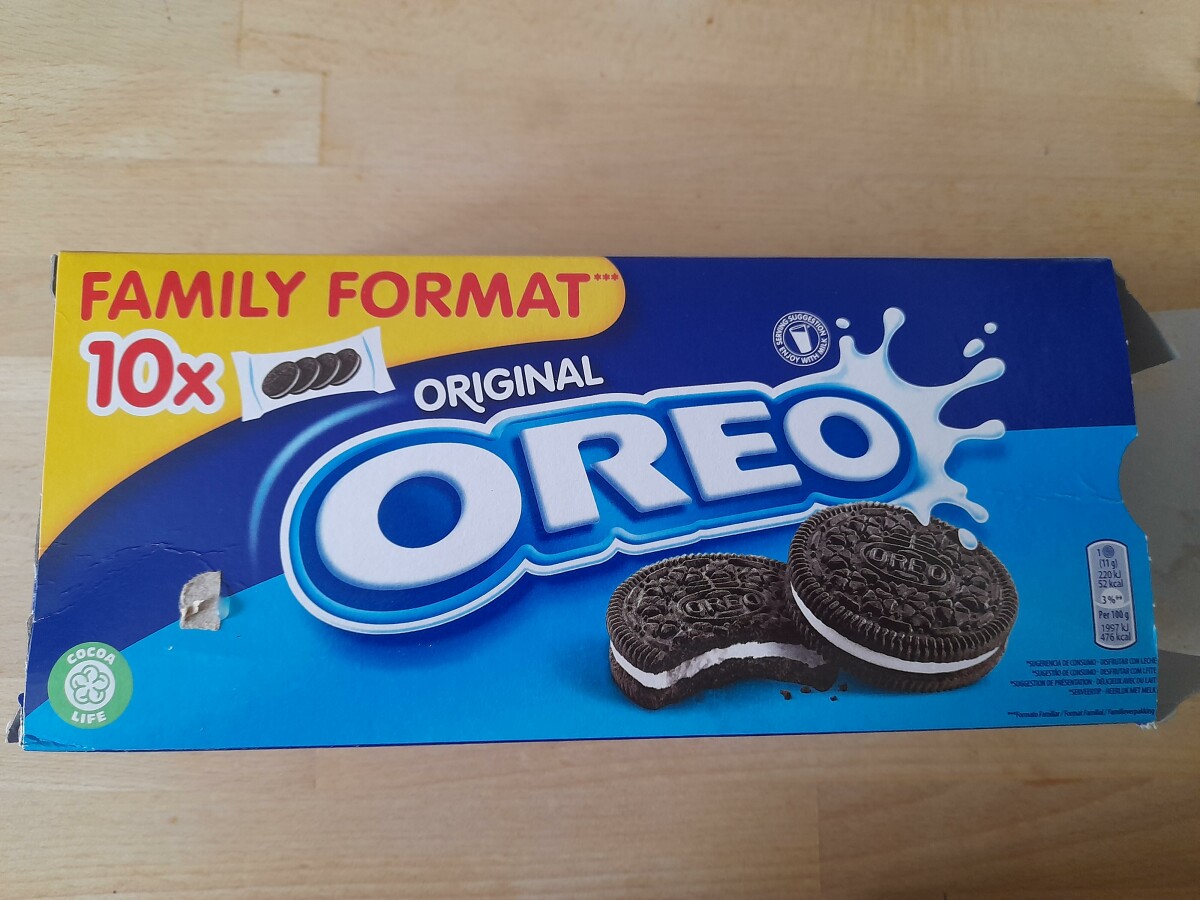 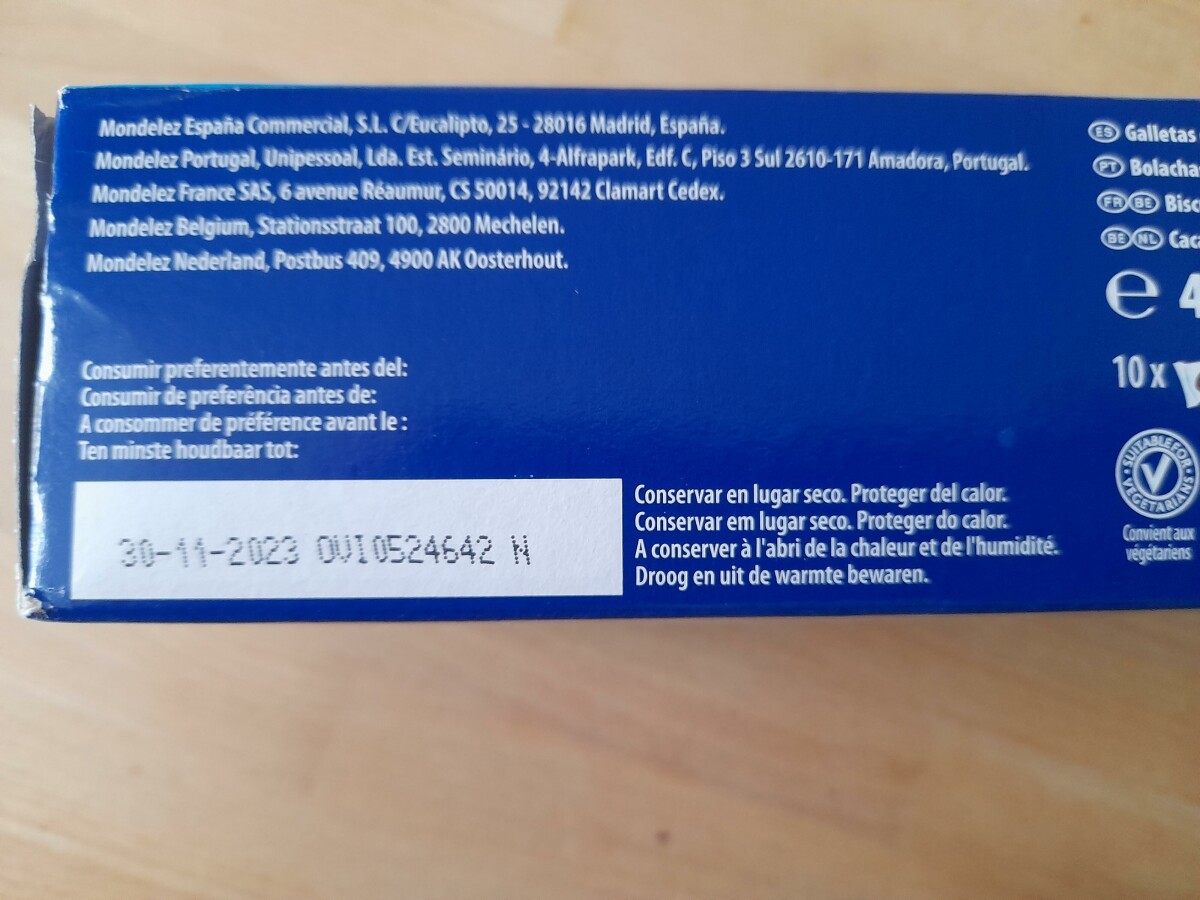 On Monday, January 23 around 1 pm Order a No 1 and a grilled chicken sandwich in the early in the morning we woke up with stomach cramp and diarrhea. Didn't eat all the sandwiches throw in garbage. | Symptoms: Diarrhea, Cramps See Less 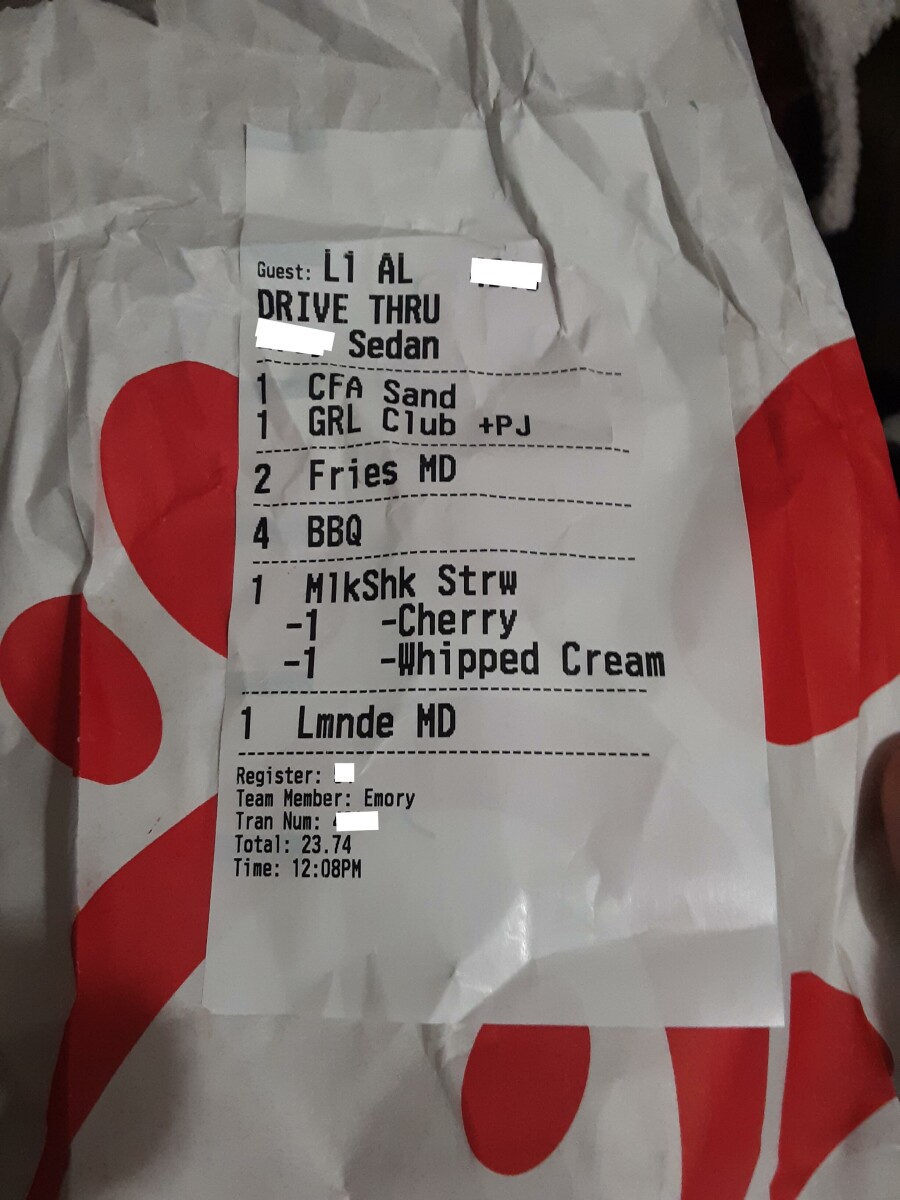 Me and my 14 year old daughter and I went through the drive through this location jan 7/2023 at 9:30am. We both got bagels with cream cheese and I had a coffee and her an iced coffee. That's all we ate all morning then before we ate... See More lunch or anything else around 1-2 my daughter was vomiting, had chills, bad diarrhea, and fatigued and dizzy for at least 9-10 hours. I had the exact same symptoms start around 4-5pm and am still experiencing some. We have been so sick. They didn't even give a receipt to take a picture of but still had the wrappers in the van. | Symptoms: Diarrhea, Vomiting, Chills, Fatigue, Dizziness See Less