The most common foodborne Germs & Bacteria

What bacteria and germs cause food poisoning

According to the U.S. Centers for Disease Control and Prevention, bacterias is the top cause of food poisoning in the United States. 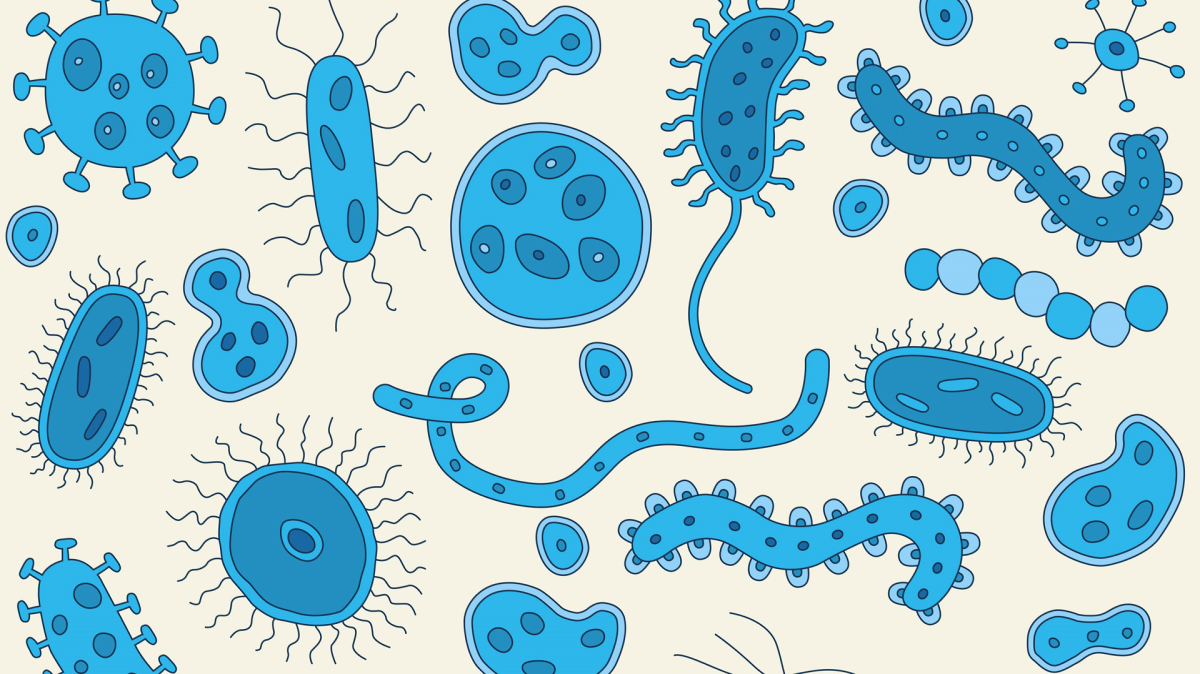 For more information about:

If you have food poisoning and want to check recently recalled foods, please visit these pages:

Recalls by the U.S. Food and Drug Administration

Recalls by the U.S. Department of Agriculture

When two or more people get the same illness from the same contaminated food or drink, the event is called a foodborne or food poisoning outbreak. Reporting illnesses to your local health department helps them identify potential outbreaks of foodborne disease. Public health officials investigate outbreaks to control them, so more people do not get sick in the outbreak, and to learn how to prevent similar outbreaks from happening in the future.

Here is a list of current multistate foodborne illness outbreaks.

“Just myself. I ate about half the sweet fire chicken around 7pm last night and was planning on saving the rest for lunch. Waking for work this morning I had a splitting migraine and my stomach in knots. Within 2 hours of working I had to leave from the discomfort.... See More I ended up having an "accident" while driving home. ”

“Had the Tokyo Spicy Pork Belly ramen yesterday. Today I have diarrhea and occasional painful stomach cramps. I don’t if this was culprit or something else because I’ve eaten here many times before and this has never happened to me before. I did notice that the noodles seemed to be... See More a little undercooked as they are usually really soft. However I thought this was because I ordered this to go and the noodles and broth were separate. ”

“I ate half a bag of hot Cheetos on January 21 2019 I remember because on January 22nd I had a judge trip to go to. I then got sulfur burps which I’ve never had before and it scared me I went to bed and I couldn’t sleep because I... See More felt nauseous then I had the longest burp and threw up in the toilet which looked like chunks of blood 🤢 ” 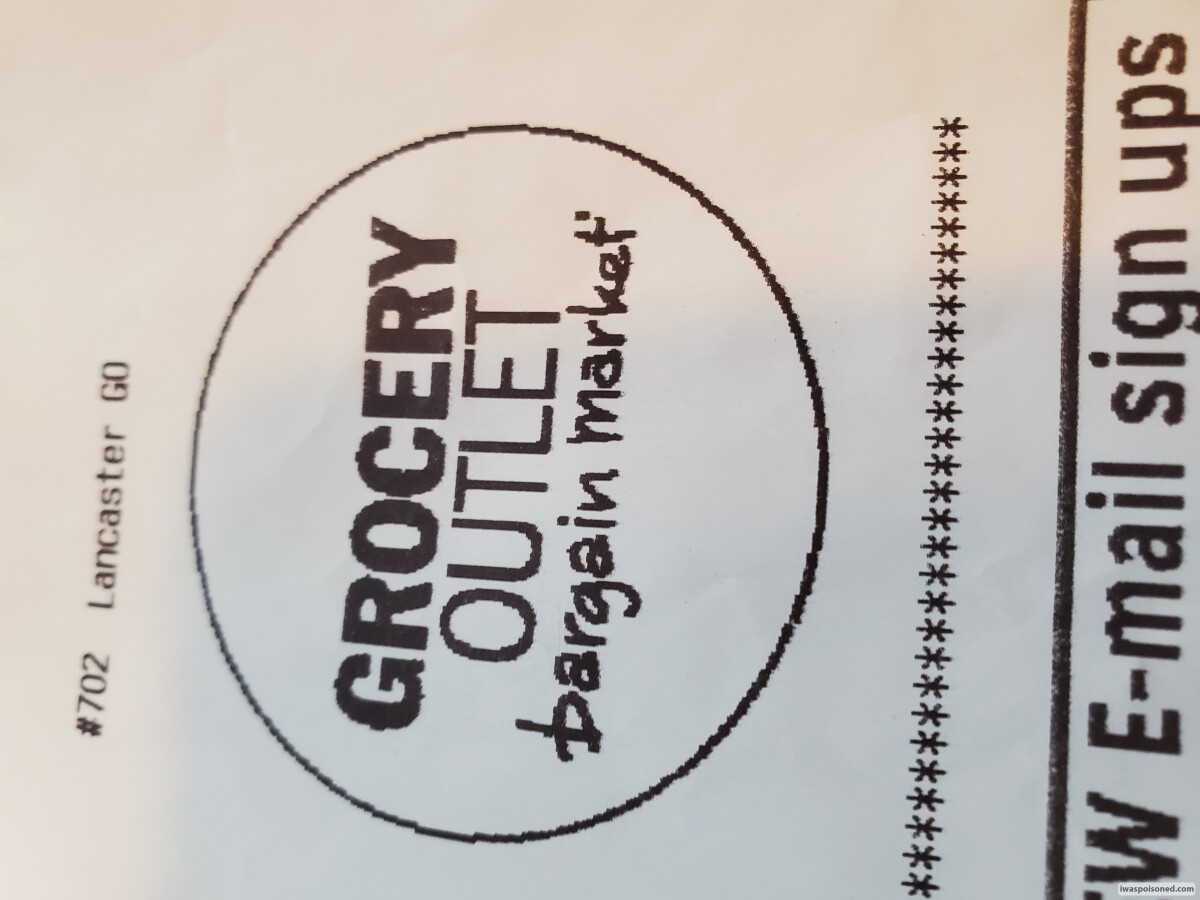 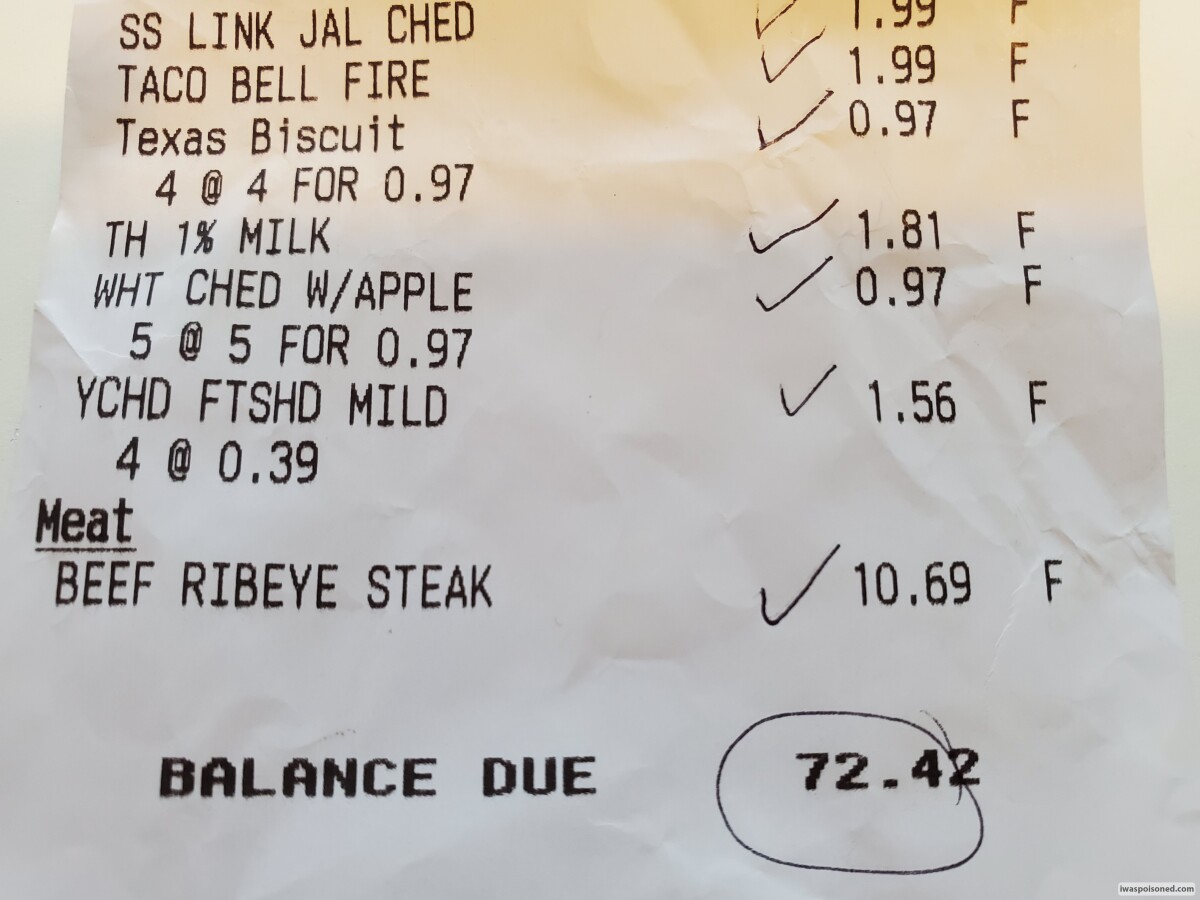 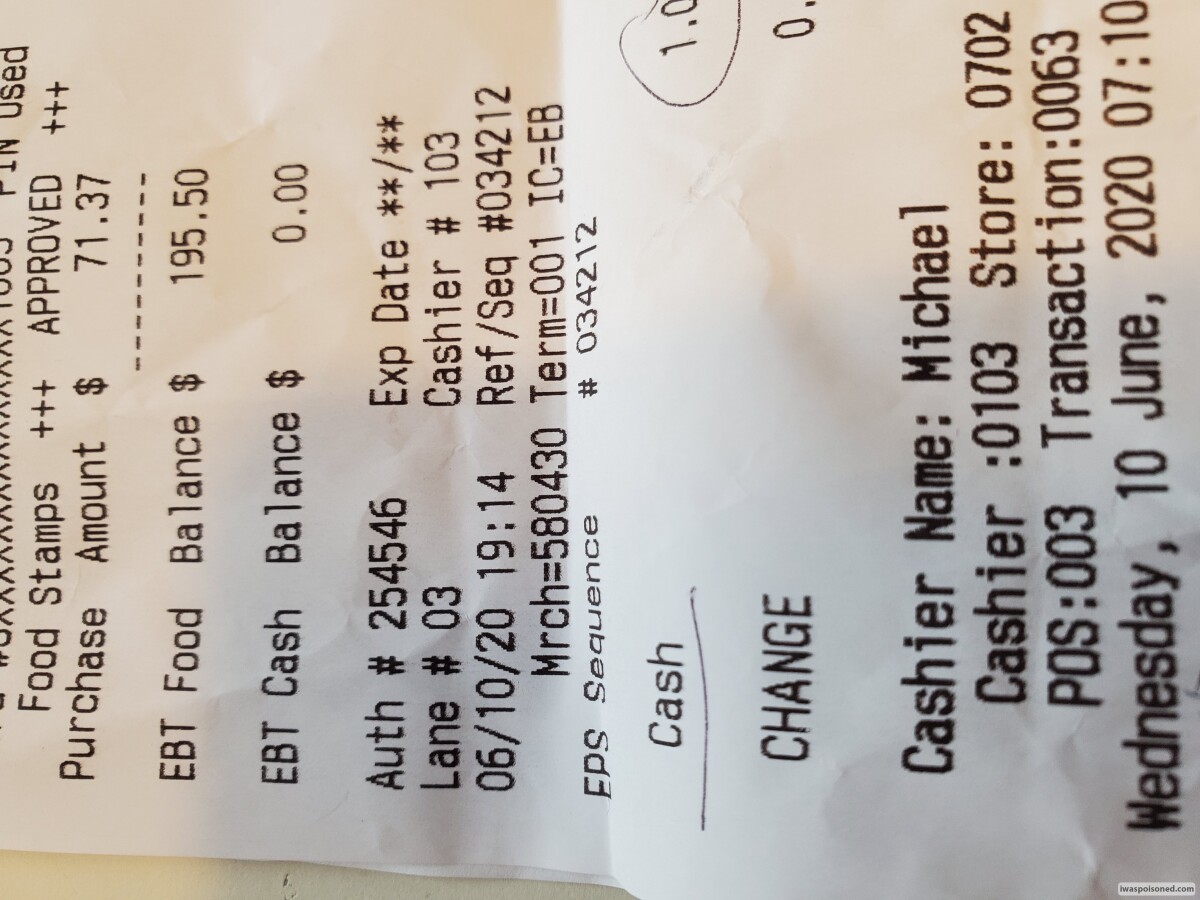 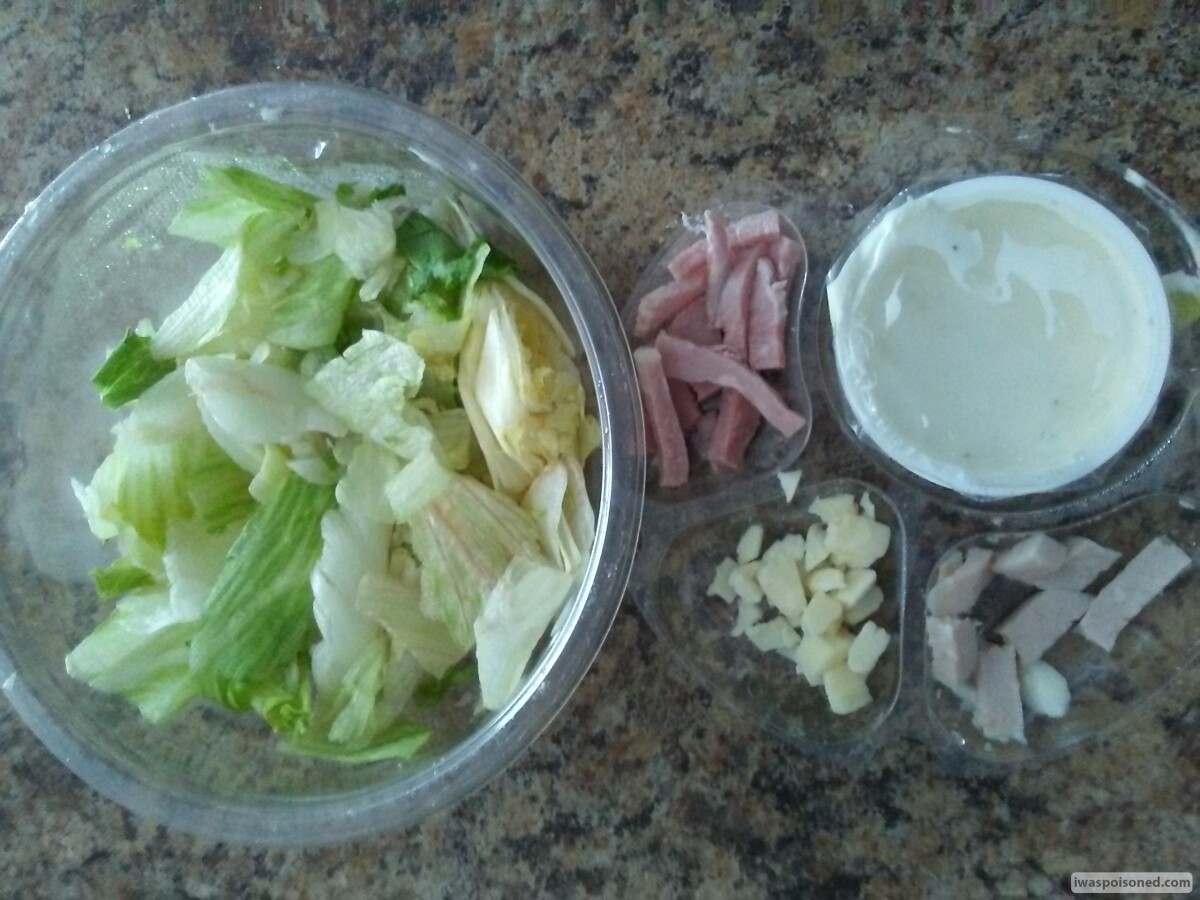 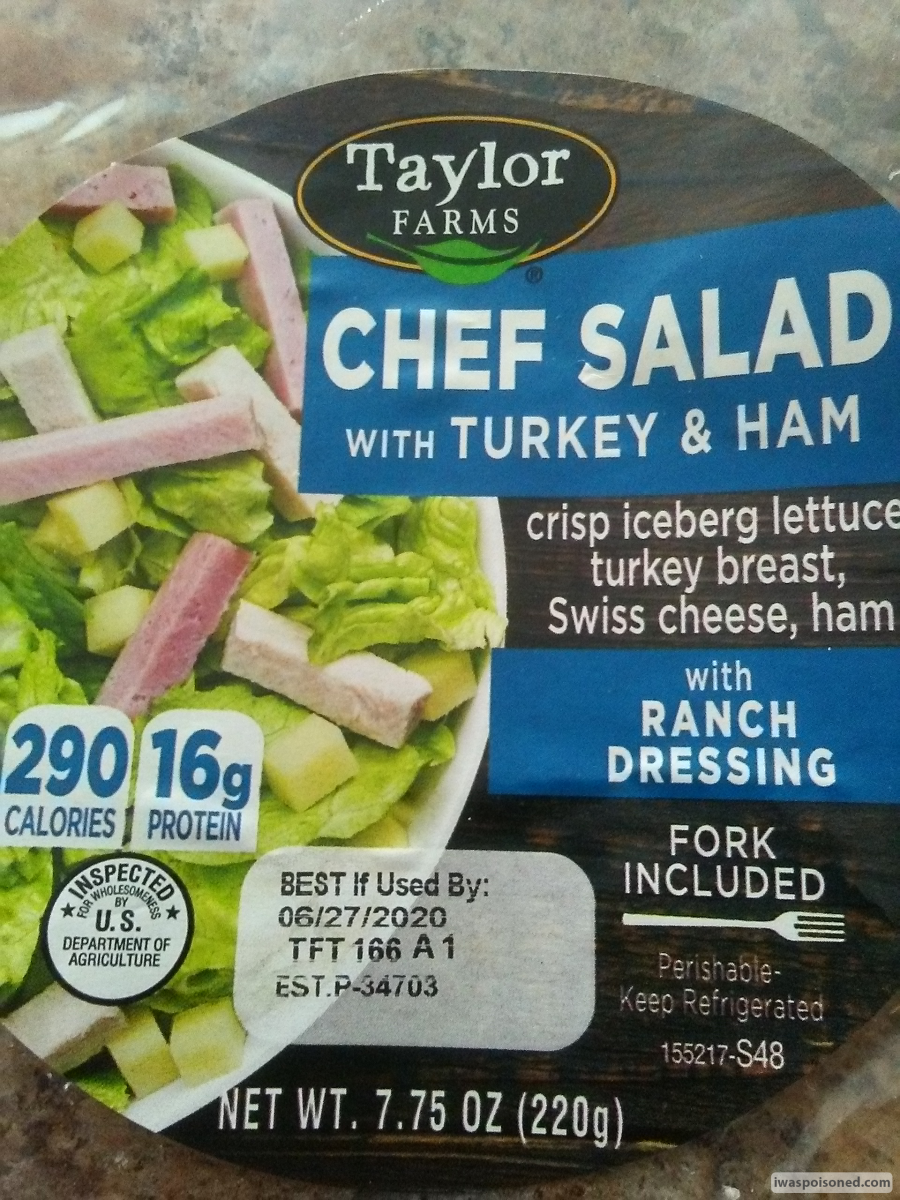 “Premade chef salad. (No eggs) from there Ate half of salad for dinner same day I bought on Fri. June 19. In middle of night experienced super hot flush w/ what felt like a bad sweat. Cramping and a feeling of vomiting.
Nausea. ” 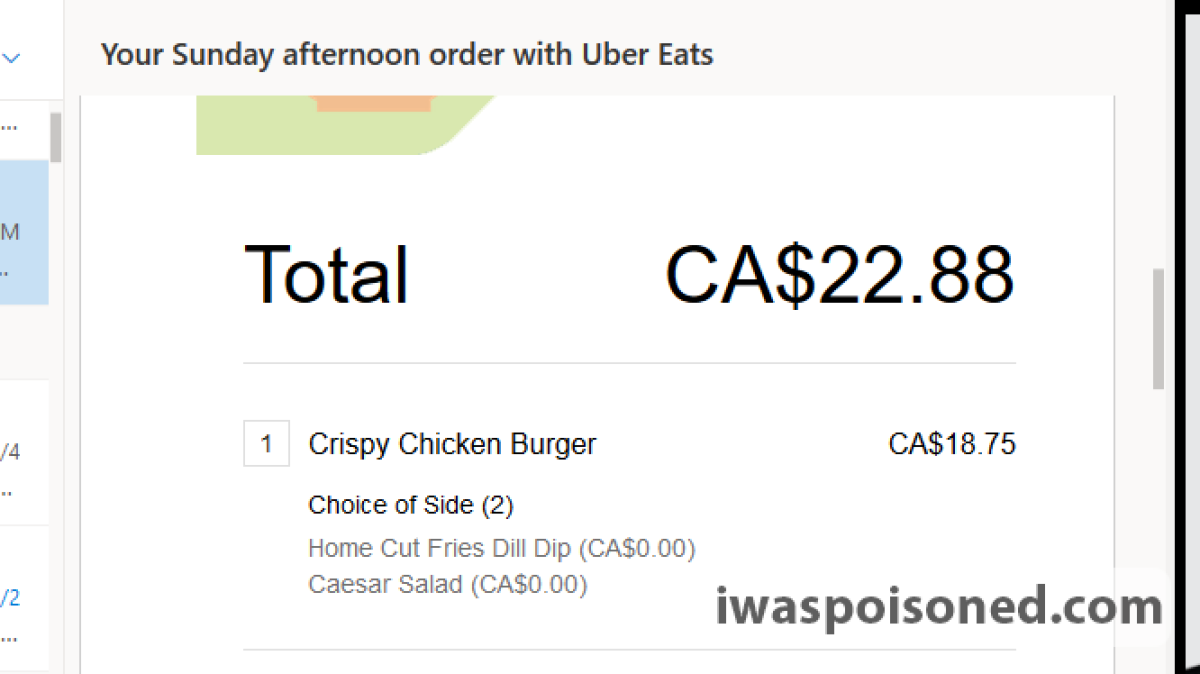 “Ordered a chicken sandwich with ceaser salad for delivery. Within an hour I had severe abdominal cramping followed by diarrhea which continued throughout the evening and this morning. Just starting to feel better now. ” 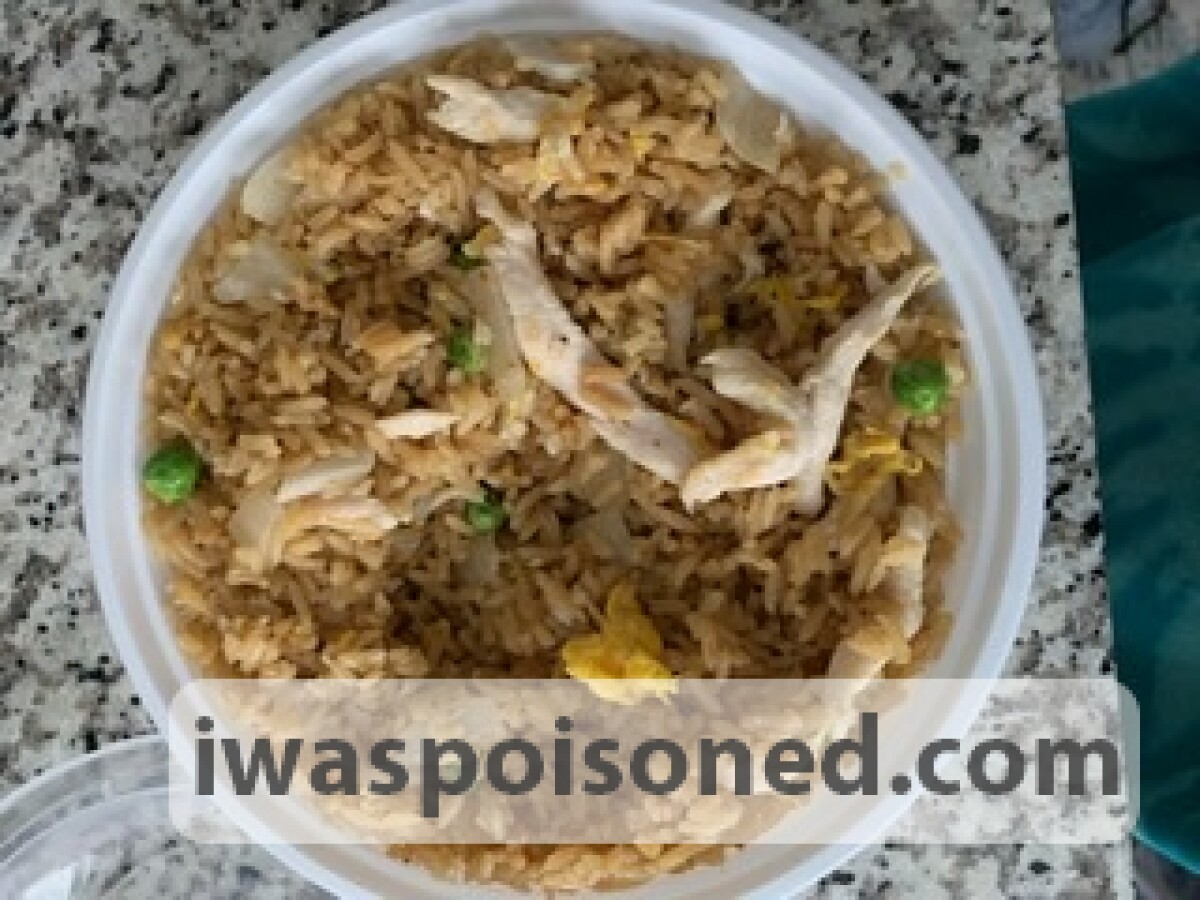 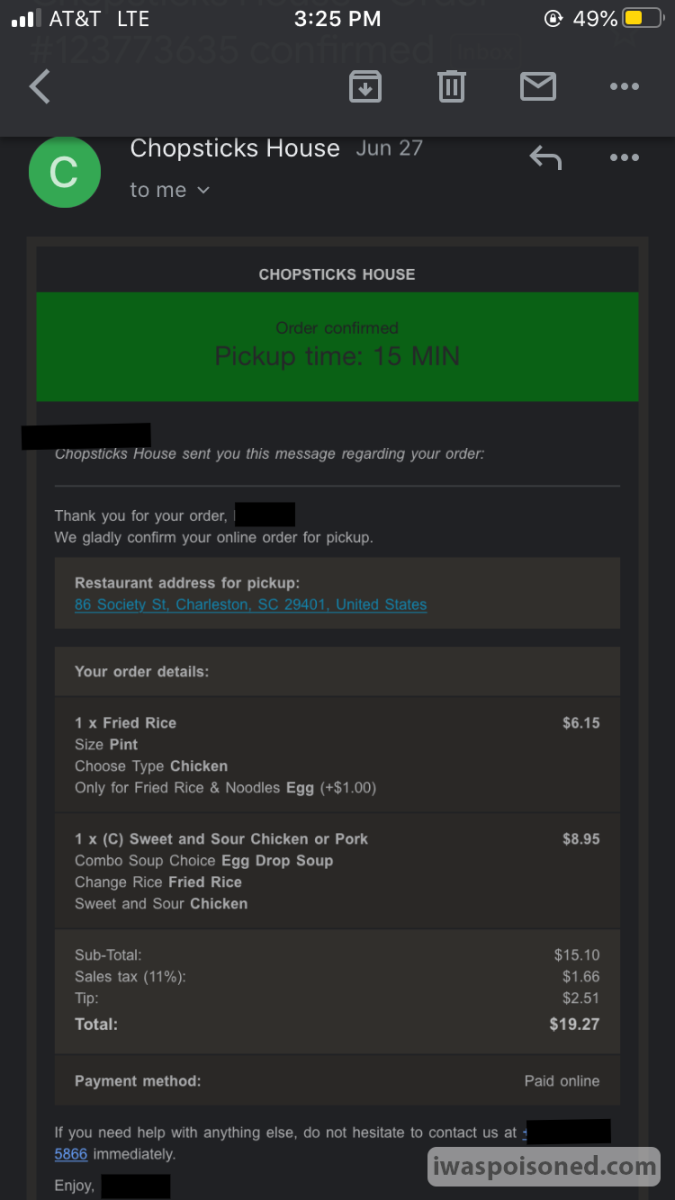 “Fish tacos - Only I got sick. I ordered fish tacos that didnt taste right and 5 days later the symptoms began showing. I went to urgent care and was diagnosed with a UTI. I was in severe pain and urinating blood. They sent my culture's off to the lab... See More and they tested positive for E. Coli. I have informed the health department. ” 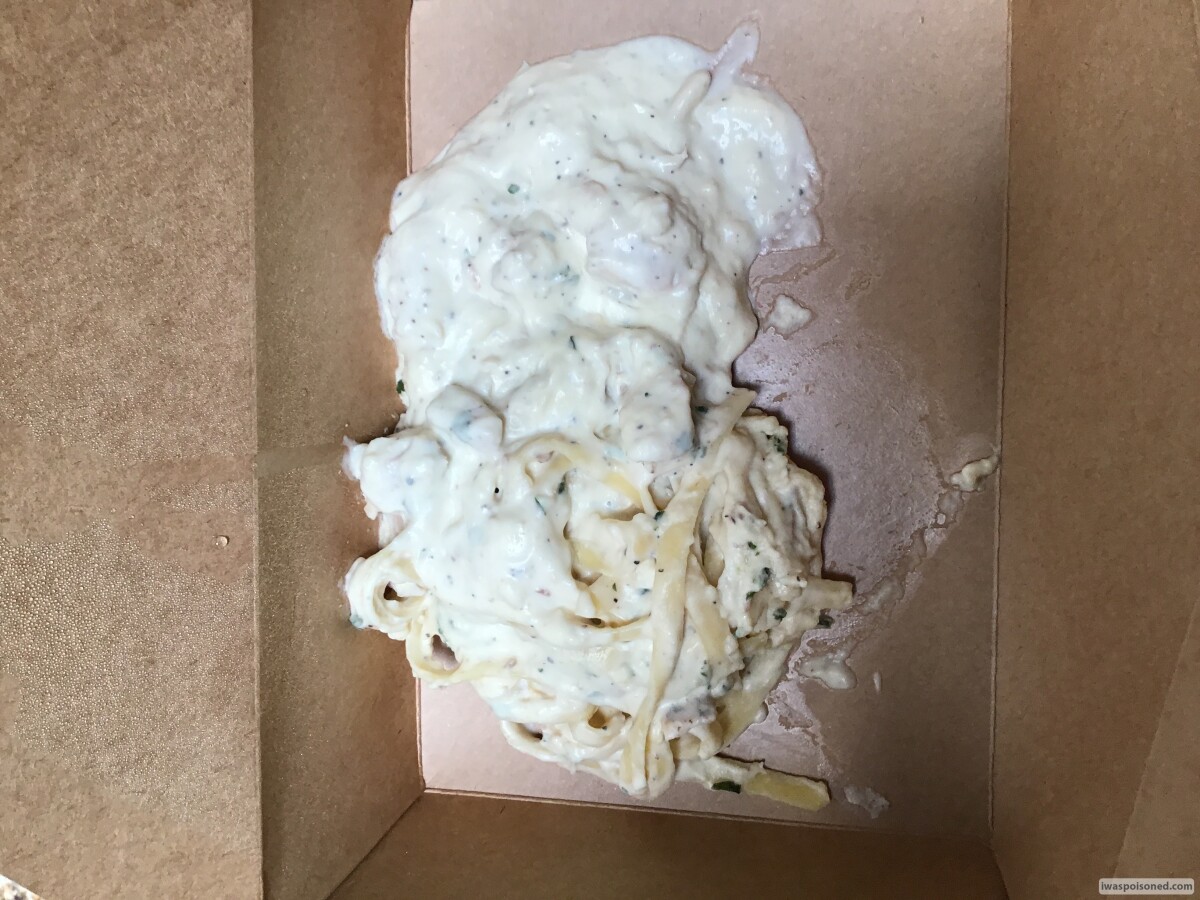 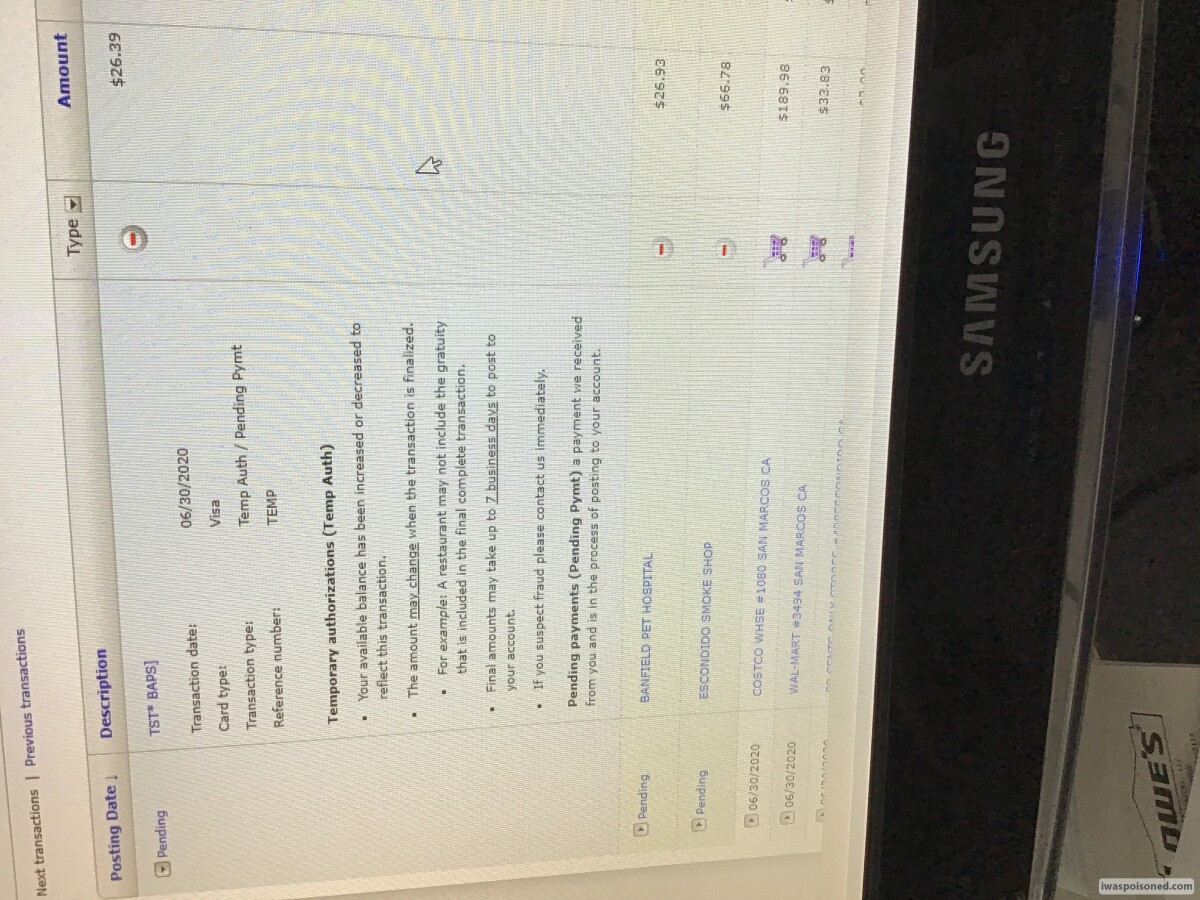 “Chicken fettuccini  Diarrhea started about four hours after I ate at approximately 6 PM I was the only one who got sick out of the group of five people at the restaurant with me. Nobody else had the same item that I did. The diarrhea continued through the night and... See More the next morning. I called the restaurant and left a message for one of the Owners or manager to call me back and I have not heard from them. I will try to call them again later this afternoon after their lunch rush. ”

Helpful
Embed Report Copy link
Iwaspoisoned
Why Report It?
Get our App
Anonymous tip
Current Recalls & Outbreaks
News
About Us
FAQs
Contact Us
Terms Of Service