Two clusters of people who ate romaine lettuce at restaurants and got food poisoning played a critical role in the U.S. federal government identifying a large outbreak of E. coli infections that now appears to be over.

An investigation published on January 9 by the U.S Centers for Disease Control and Prevention (CDC) indicated that romaine lettuce from the Central Coastal growing regions of northern and central California was the likely source of the outbreak, and that ill people reported eating different types of romaine lettuce in several restaurants and at home. 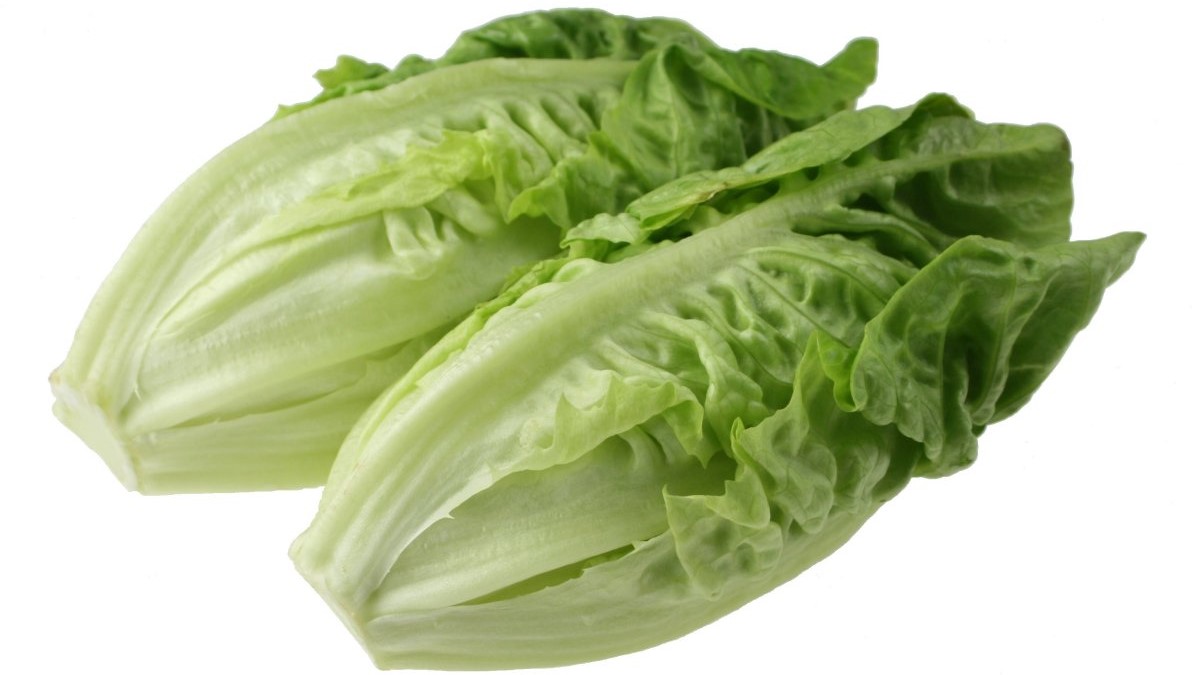 The public health alert was first announced a few days before Thanksgiving with a warning for consumers to stay away from all romaine lettuce while a probe was conducted to search for the source of the bacteria.

The outbreak of E. coli O157:H7 infections involved 62 confirmed cases in 16 states and the District of Columbia with 25 requiring hospitalization -- including two people who developed hemolytic uremic syndrome, a type of kidney failure. No deaths were reported. The illnesses began last October with the most recent onset reported as last Dec. 4. There were no deaths.

This was the second E. coli outbreak linked to romaine lettuce in 2018. The first was from March through June in which 210 people across 36 states became ill, and five died. It was linked to romaine grown in the Yuma, AZ, region.

In addition, as of late last year in Canada, there have been 29 confirmed cases of E. coli illness investigated in Ontario (5), Quebec (20), New Brunswick (1), and British Columbia (3). The illnesses in British Columbia were related to travel to Quebec, Ontario and the United States.

Lettuce is vulnerable to illness-causing bacteria such as E. coli because it is generally not cooked before consumption. 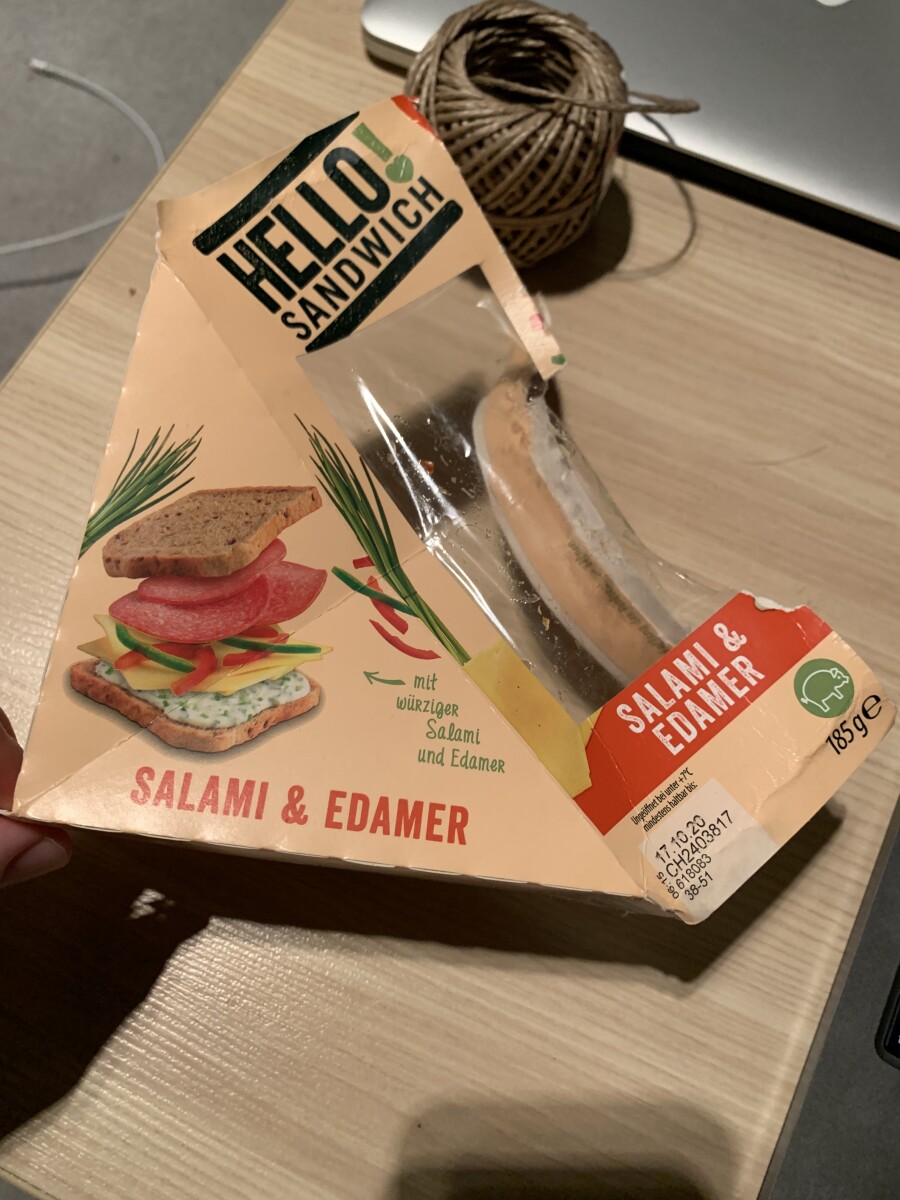 “Purchased a under cooked rotisserie chicken that was bloody after we removed the chicken from the bones from store. I called the store and they asked me to bring the chicken back and exchange it for another or refund. See Less” 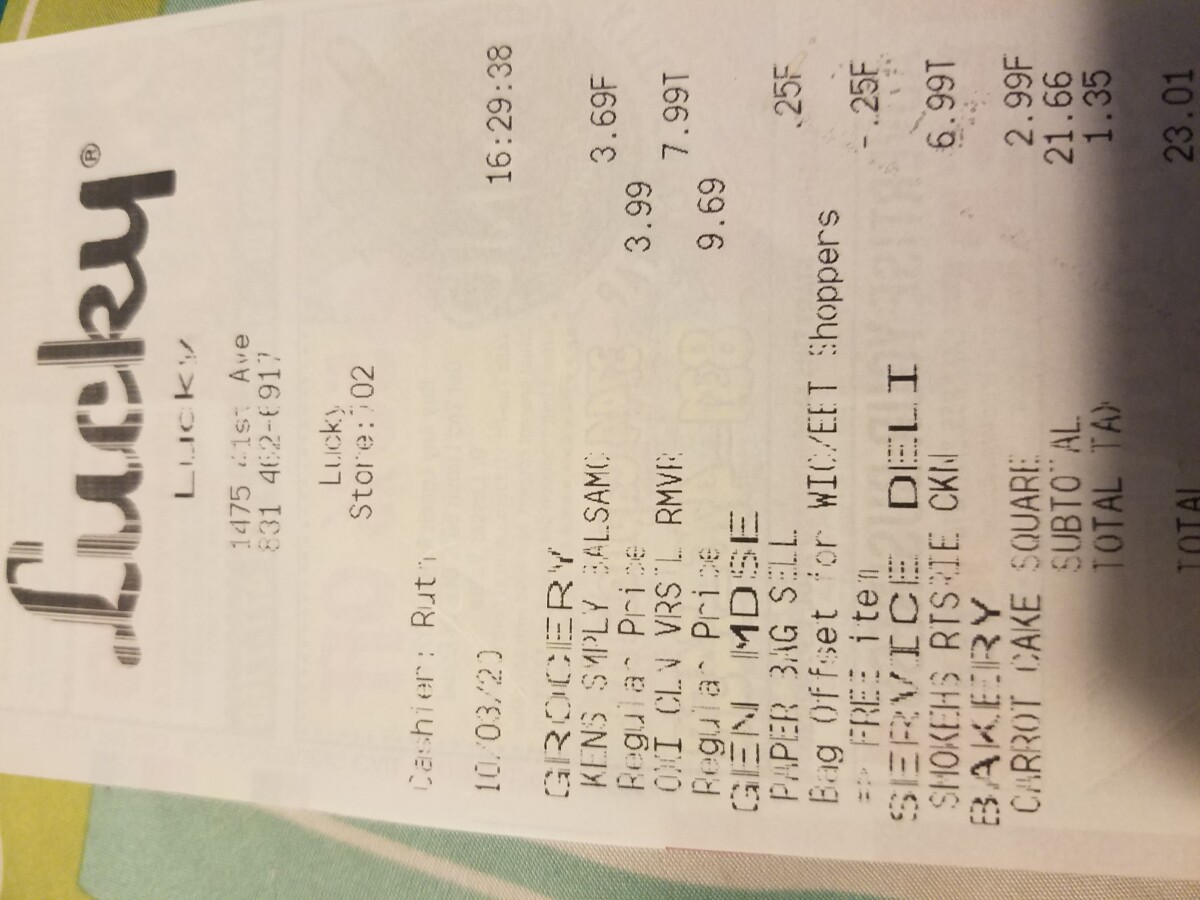 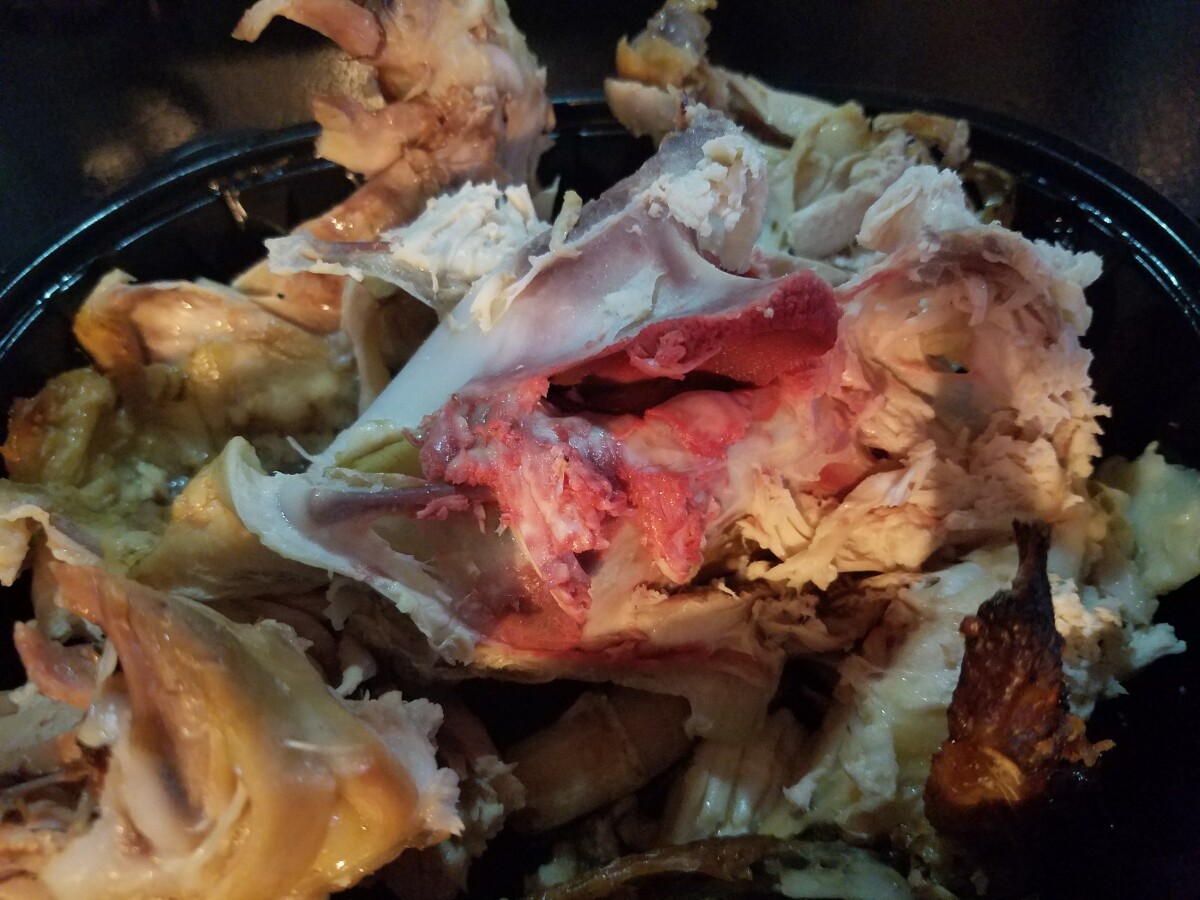 “I purchased sushi from here on oct 18,2020. I hadn’t ate anything all day and about 2hrs after I consumed the sushi I started feeling horrible fever, vomiting, and diarrhea! I tried to shake it off but couldn’t I went to our local hospital and they diagnosed me with food poisoning.  See Less” 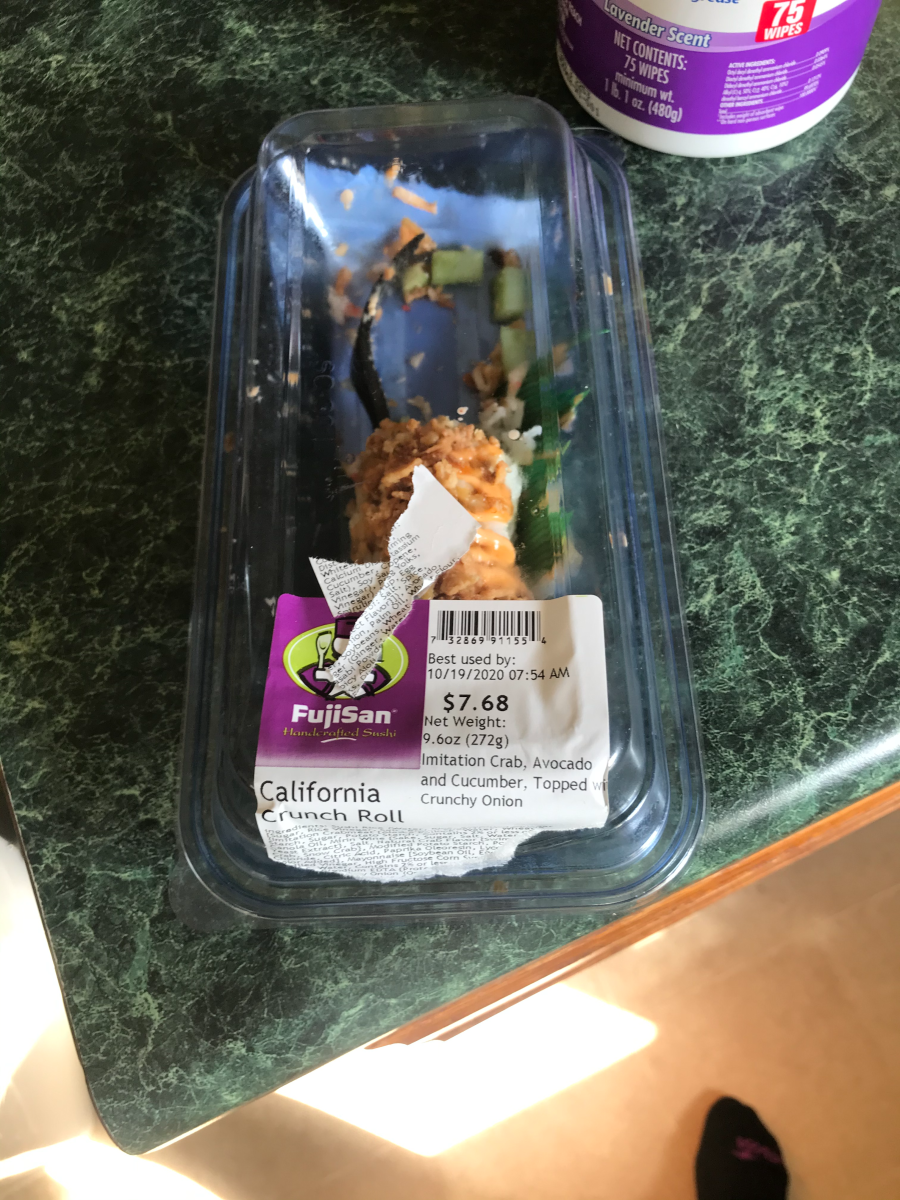 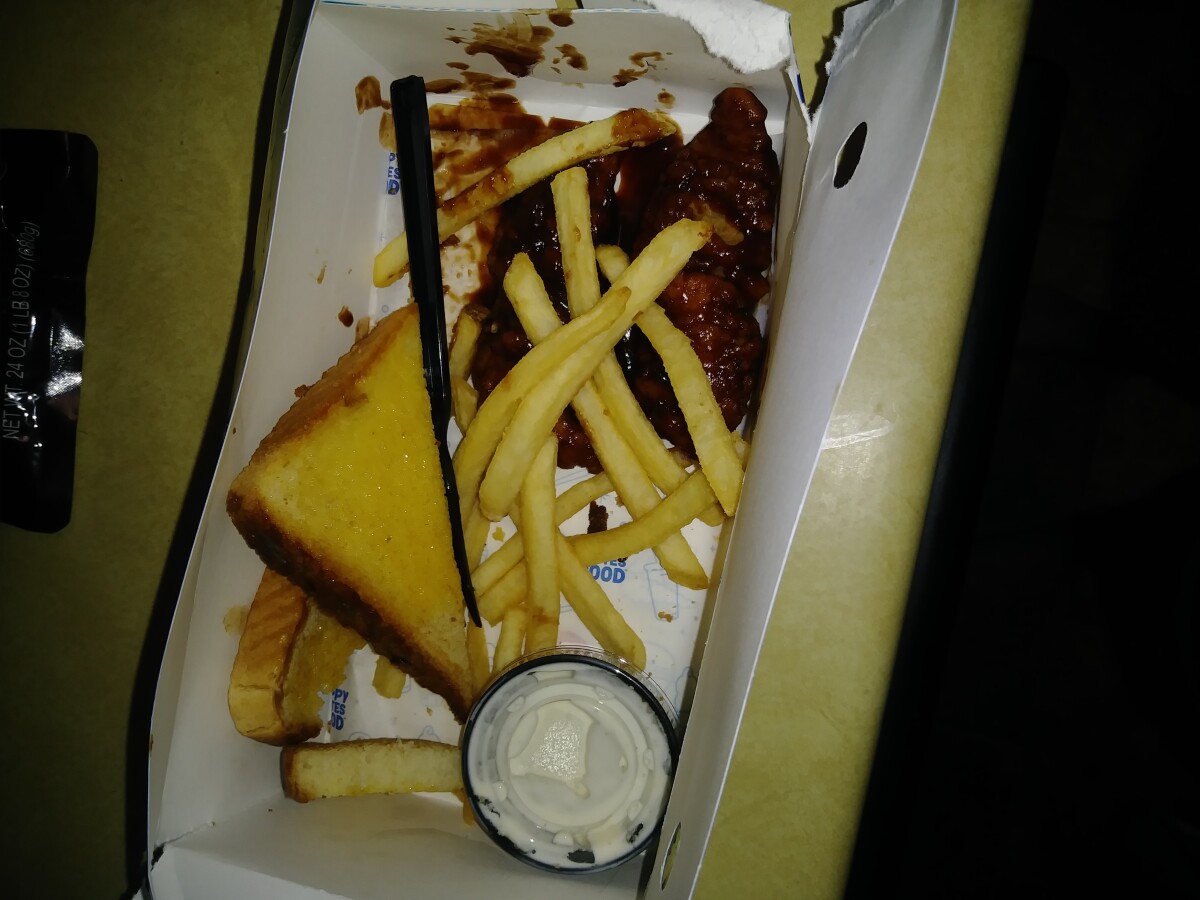 “I had eaten shrimp and chicken Alfredo there about two months and that night I couldn’t sleep I was on the toilet felt really sick so I went to the hospital after about aWeek of this . They didn’t know what it was so I went to three different hospitals and an urgent care which they finally did a sto... See Moreol sample and found 4 different bacteria’s including salmonella and I had it for a month and I’m finally now just feeling better . My significant other got a burger that I reported it was raw in the middle. See Less”

“I was at work and ordered a burrito and chips and guac from there and felt totally fine. After the burrito and eating a few chips with some guac I started to feel sick and had to get up to vomit 2 times. Working on a third now. See Less” 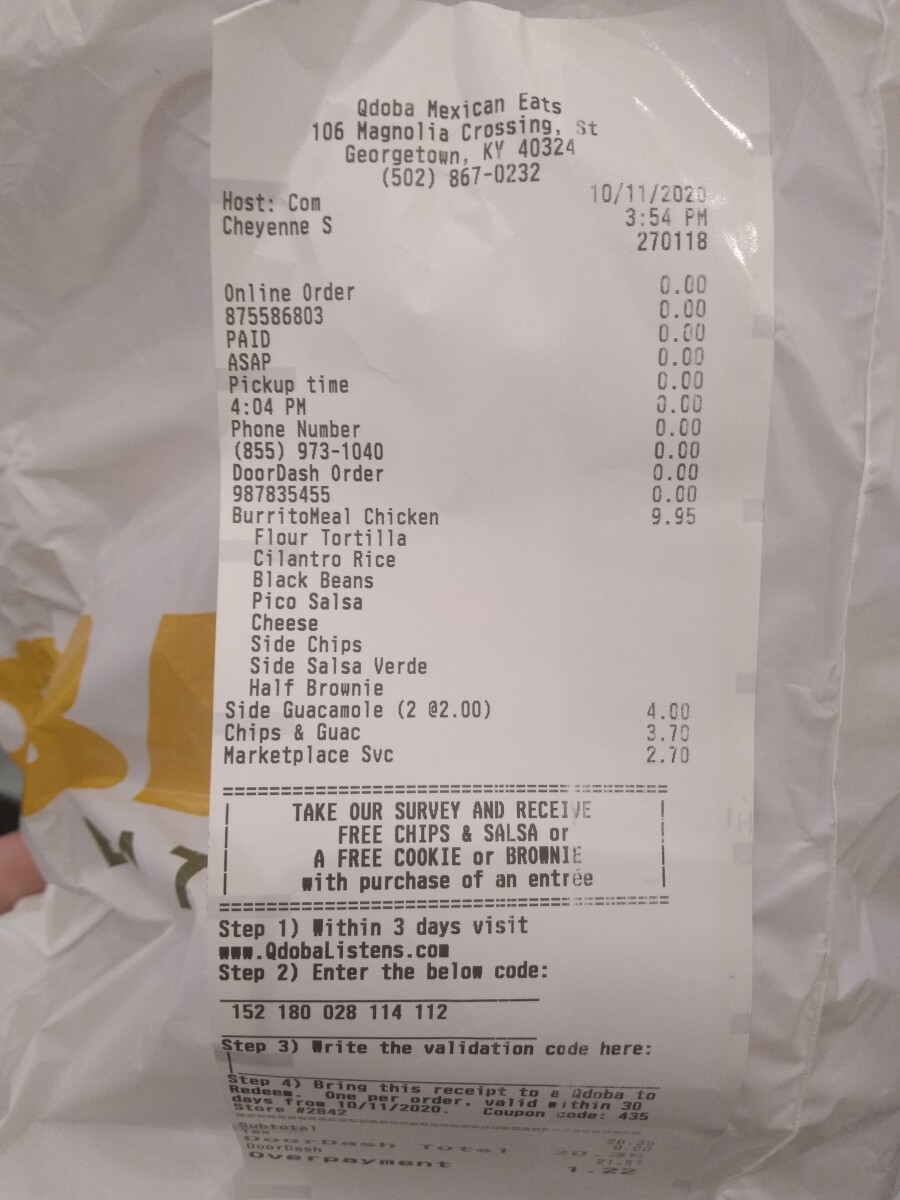 “i just made a can of Progresso tomato and penne soup and didn't even get half way through eating before getting extremely sharp pains in stomach and violently vomiting it all up. Tastes chemically and like metal now and I'm worried! Get this fixed , Should report to the FDA with how many similar cas... See Morees there are to this. I'm in pain See Less” 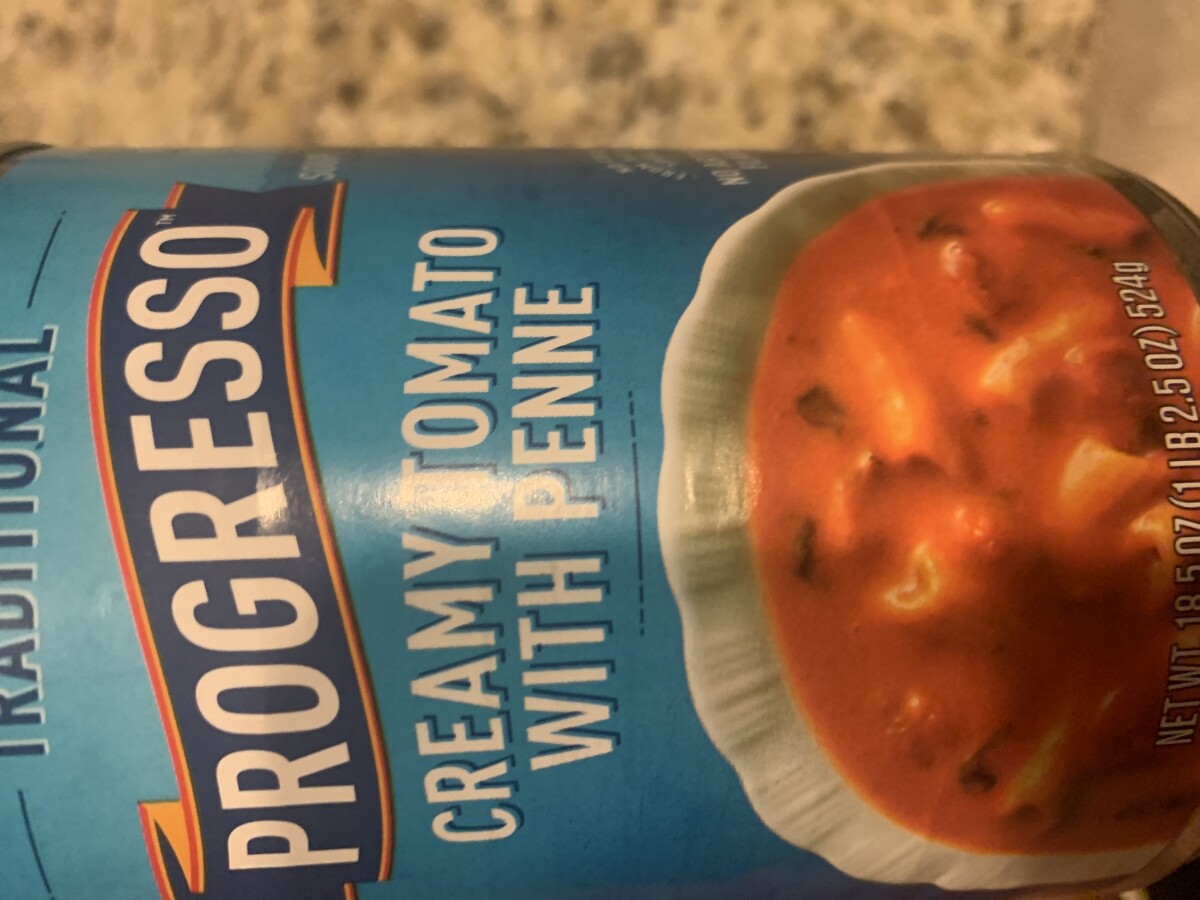 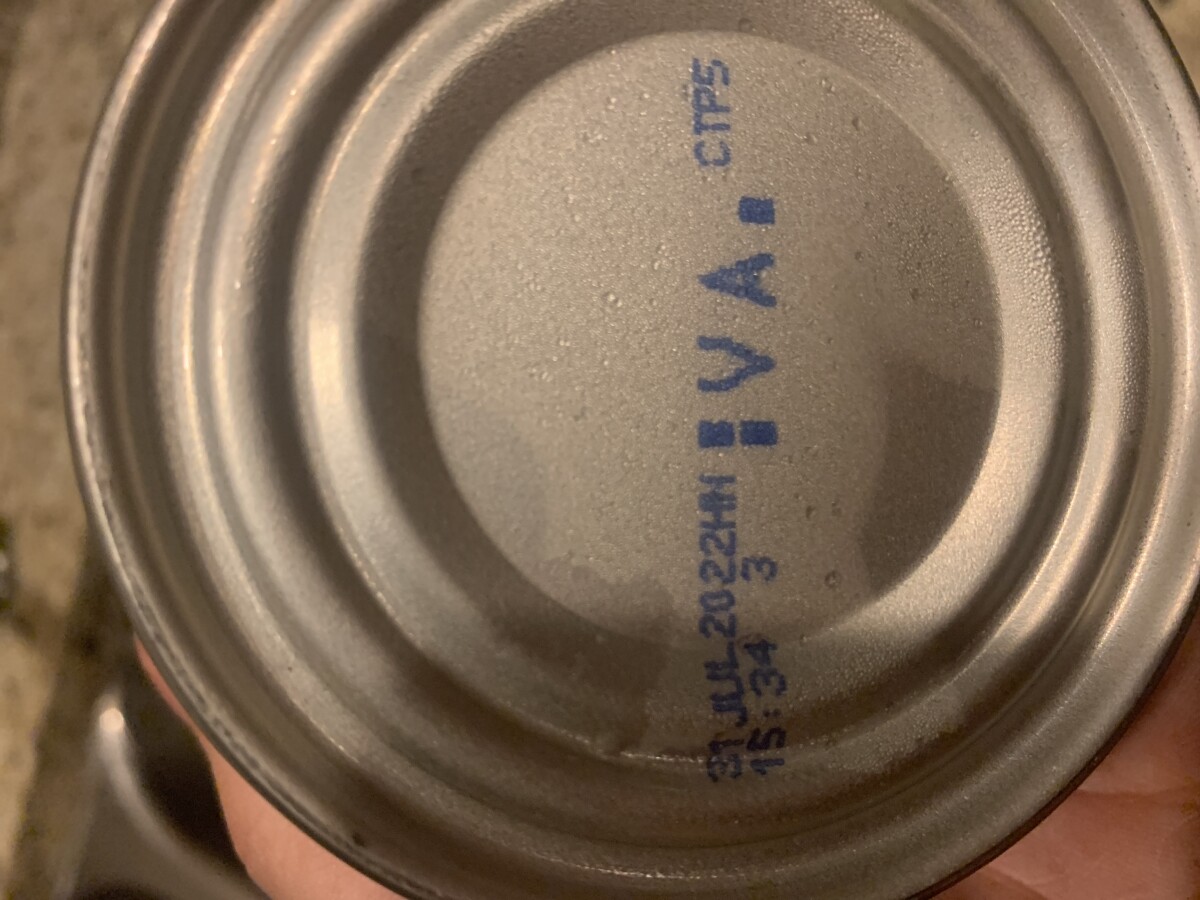 “Got 2 super tacos around 9pm Saturday night. Went home, ate them, got into bed around 1145pm. Woke up around 1:30am feeling awful, extreme intestinal cramping, loose stools and nausea. Symptoms persisted all night to the point I was unable to sleep. Went to Urgent care the next day after vomiting be... See Moregan for Flu and Covid test to be safe, both came back negative. Got prescribed Zofran. Couldn't get prescription, that evening. That night same story, so sick I couldn't sleep. Took a day off work, diarrhea turned into a yellowish mucus, got the Zofran. By then nausea wasn't so bad and all discomfort/pain moved into intestines. Finally managed to nap from 1pm to 3:15pm, had a verified fever of 101.7. Fever broke multiple times during nap. Symptoms persist 2 days after eating there. I'll NEVER eat there again. See Less” 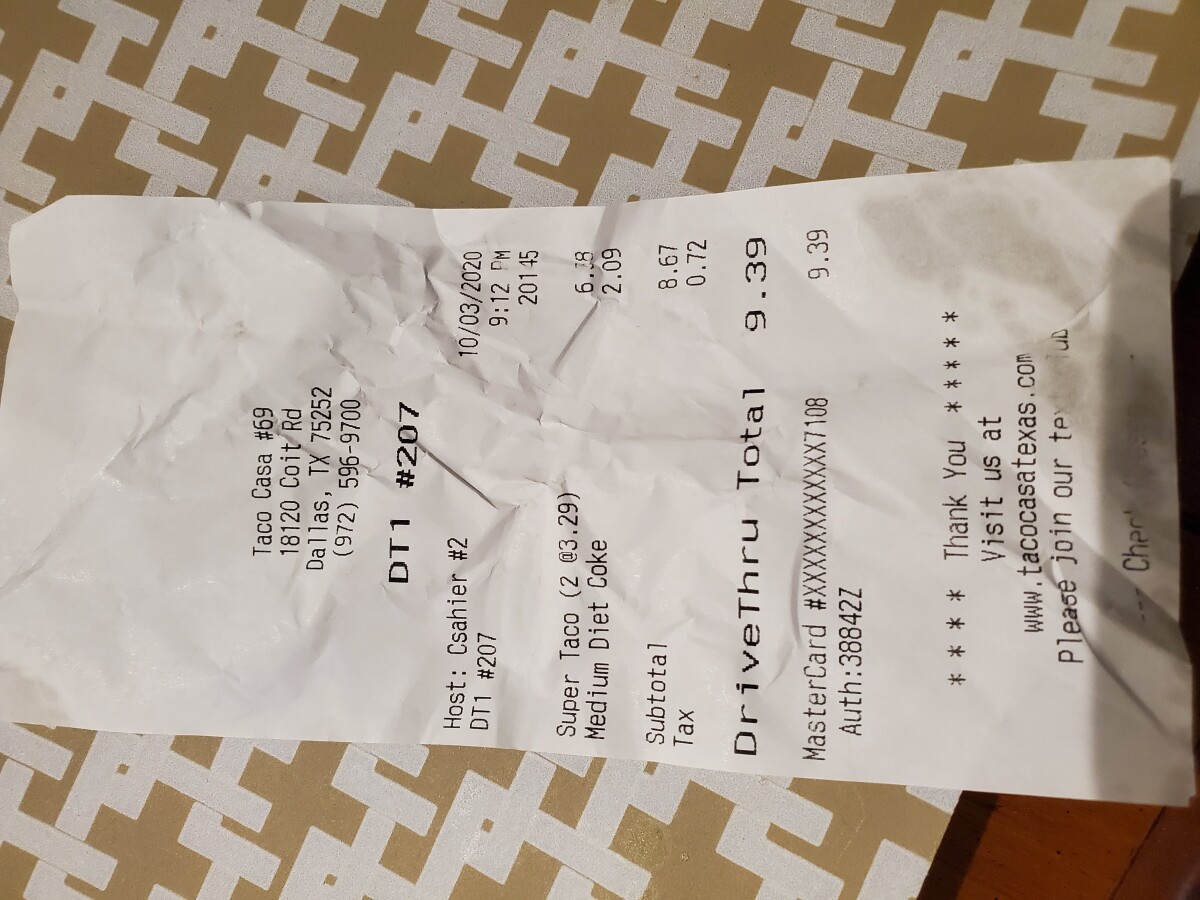 “On October 10, 2020
My 2 daughters, granddaughter and me ate there. We all ordered the same thing which was sofritas bowl, guacamole and chips. That’s same night I had a stomach ache and was nauseous.
My 2 daughters and my granddaughter also had the same symptoms. One of my daughters h... See Moread diarrhea. And she had to called in sick. I called them and MGR made a report. See Less” 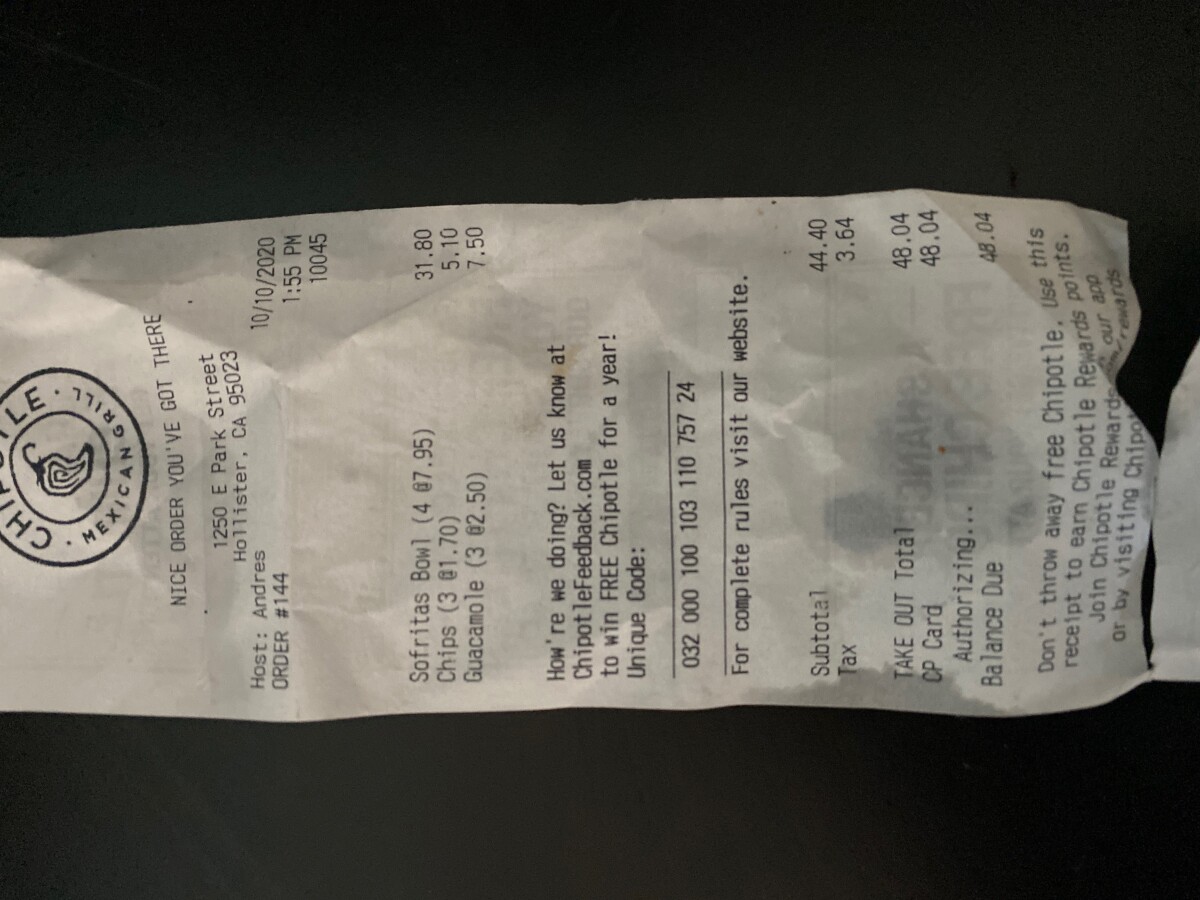 “The CFIA announced the recall of Kootenay Co-op brand beef sausages and burgers by Kootenay Co-op because of the possible presence of pieces of metal and plastic. There have been no reported injuries associated with the consumption of these products.

CFIA advises consumers not to eat the recalled... See Moreproducts and return them to the place of purchase for a full refund. The products were distributed to British Columbia. The recalled product list includes the following lots: