According to the CDC, this outbreak appears to be over.  People who are at higher risk for Listeria infection should avoid eating deli meats unless they are properly heated. A total of 10 people were reported sick Listeria were reported from 4 states and one death was reported from Michigan.

Centers for Disease Control and Prevention (CDC) announced they are investigating an outbreak of Listeria infections on four states linked to meats and cheeses sliced at deli counters. As of Apr, 17th there have been eight confirmed cases, all of them which have required hospitalization and one death has been reported.

As there is no common supplier identified so far, CDC advises retailers to clean and sanitize deli slicers frequently and other areas where deli products are prepared, stored or served to avoid cross-contamination. There are no recalls linked to this case so far.

CDC also points out that pregnant women, people age 65 or older, or people with a weakened immune system should avoid eating lunch meats, cold cuts, or other deli meats unless they are heated to an internal temperature of 165°F or until steaming hot just before serving.

You can check the full outbreak notice in the CDC website

“Service was great and food tasted good. The creamed corn tasted a little too smokey but didn't taste bad. I had the pork sandwich and my gf had a chicken sandwich. We had mac n cheese and pinto beans and creamed corn and mashed potatoes. Early the next day we... See More have been throwing up and have diarrhea. Sharp pains to our stomachs ”

“Our company ordered poke bowl on Tuesday 1/28/2020.
5 or more employees who ate raw tuna got sick with different severities while none of the employees who did not eat raw tuna got sick.
Symptoms started the morning after and escalated throughout the day. Serial vomiting up to 6 times,... See More dry heaving, fever, GI distress, limited diarrhea are reported by employees. ”

“Old Dutch Ripples Cheddar Chips. Both my husband and I ate a handful of the chips around 9:00 pm. Went to bed and both of us woke up sick at 4:00 am with severe nausea and abdominal pain, and belching the chip taste. About a half hour later my husband... See More started forcefully vomiting. He had another forceful episode of vomiting about a half hour after the first episode. Went to sleep and around 7:00 am he was still experiencing the same symptoms and had another forceful vomiting episode. I on the other hand strive hard to suppress my vomiting...so at 8:00 am I was still suffering from the nausea, disgusting belching, and gas w/ mild abdominal pain. ” 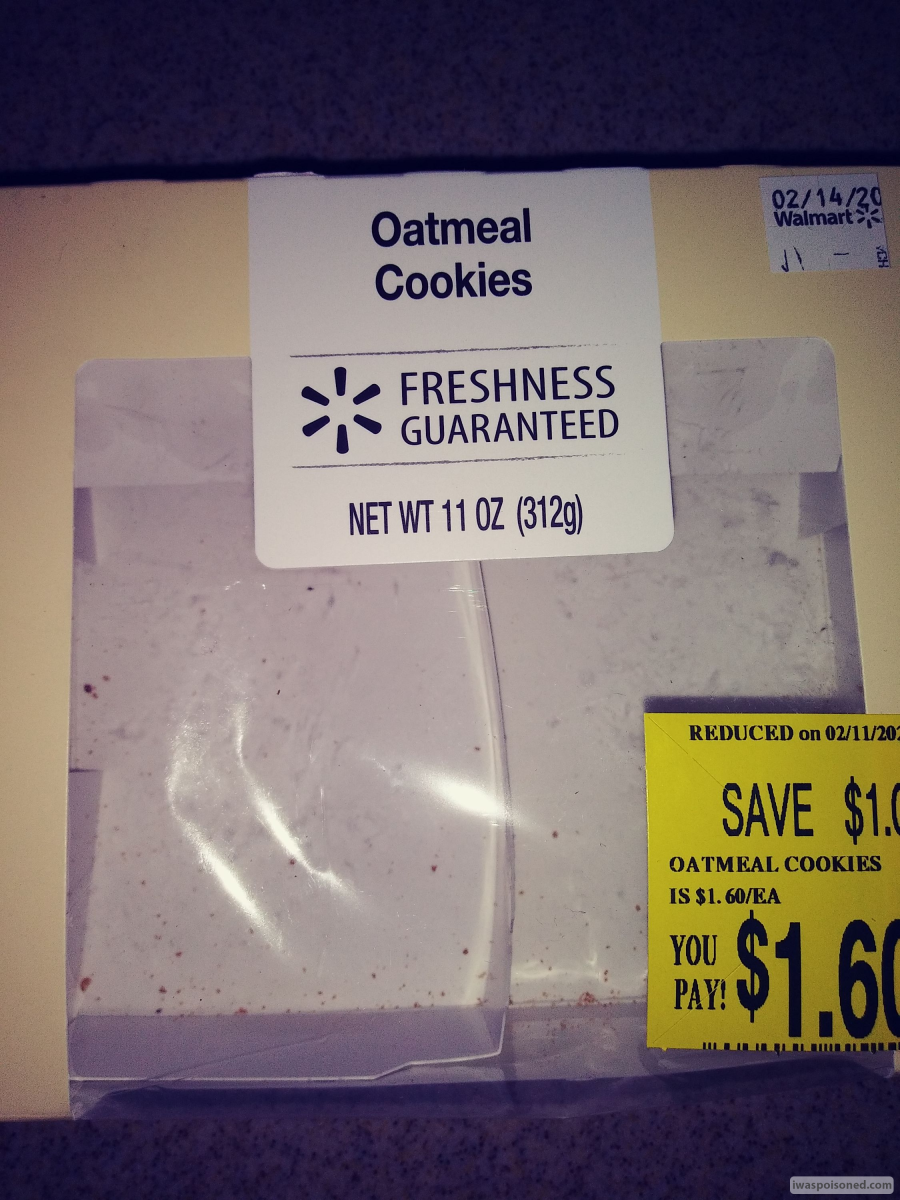 “Oatmeal cookies from bakery they were discounted for $1.50. Really bad bubble gut....tummy ache and throwing up. Burps are horrible I ate about 6 cookies right before bed around midnight. Woke up at 9am running to the bathroom w diarreah and had nausea. Constant pure liquid diarreah and tummy aches... See More along with really horrible smelling burps and lots of burping. Body chills are the worst I can't get warm. I'm the only one who ate the cookies ” 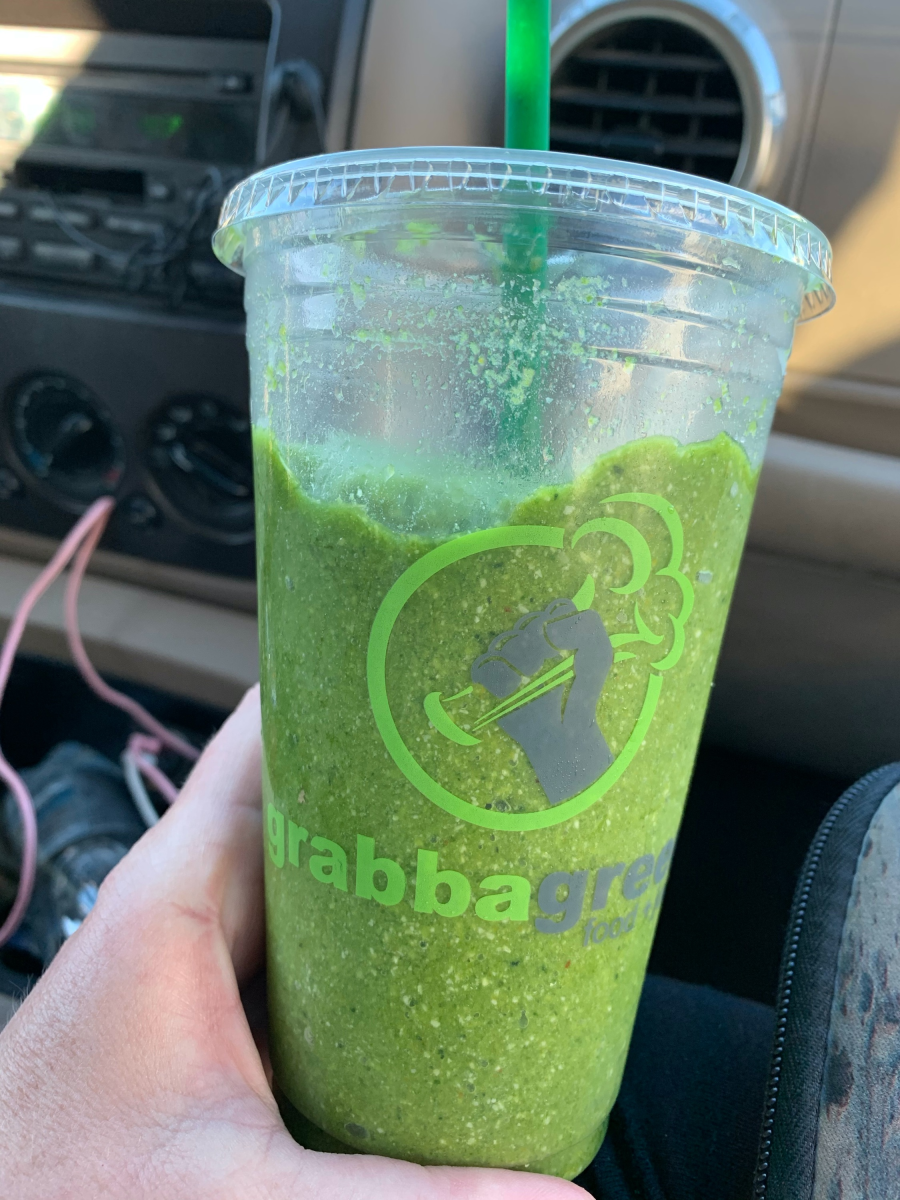 “My husband and I shared a green smoothie on a Saturday afternoon. On Sunday, I had a rumbly stomach and then diarrhea for hours. The next morning, my husband woke up with the same thing, plus crawly skin, achiness and the chills. (This is how food poisoning always affects him.)... See More Neither of us have vomited, but it's Tuesday, and we both still have stomach pain and fatigue. No one else around is or had been ill, and the smoothie is the only thing we had all weekend that was different than everyone else in the family. I'm always cautious about consuming smoothies out, just because there is a risk the produce and the equipment maybe aren't as carefully washed as they are when I make them at home. Our delayed response makes sense to us, since it takes a while for some pathogens to multiply and make themselves known in the body. This was our first time eating (drinking) here and it'll likely be our last, unfortunately. ” 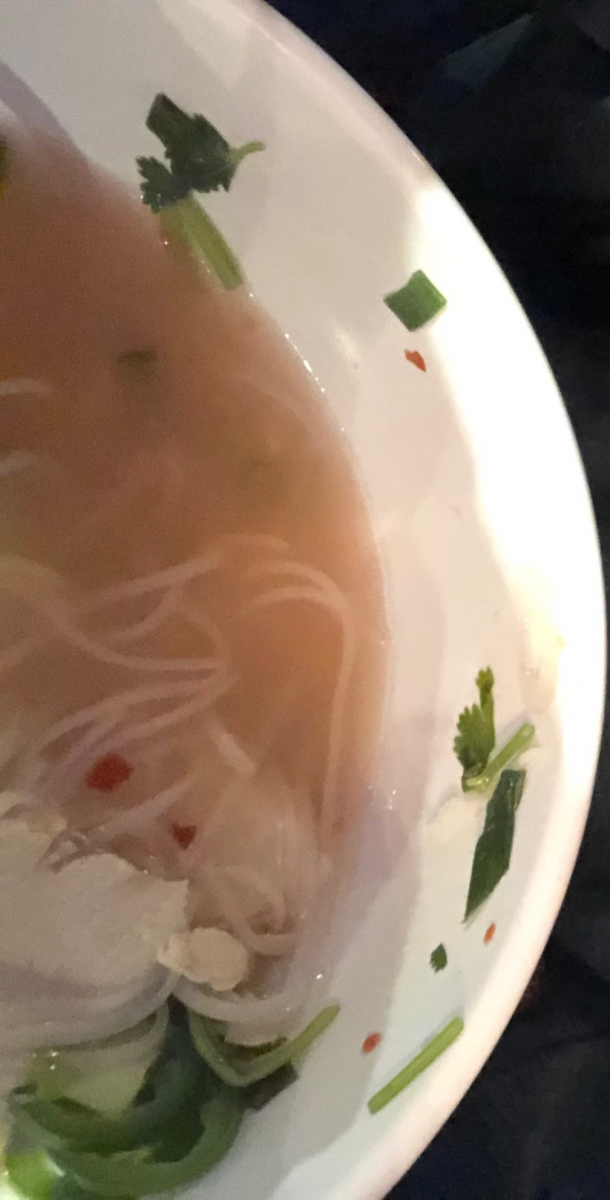 “pho ga with raw vegetables on side  8 hours before symptoms started. Forceful projectile vomiting while having diarrhea at least 10 times during first 24 hours, left feeling weak with stomach cramps and nausea. ” 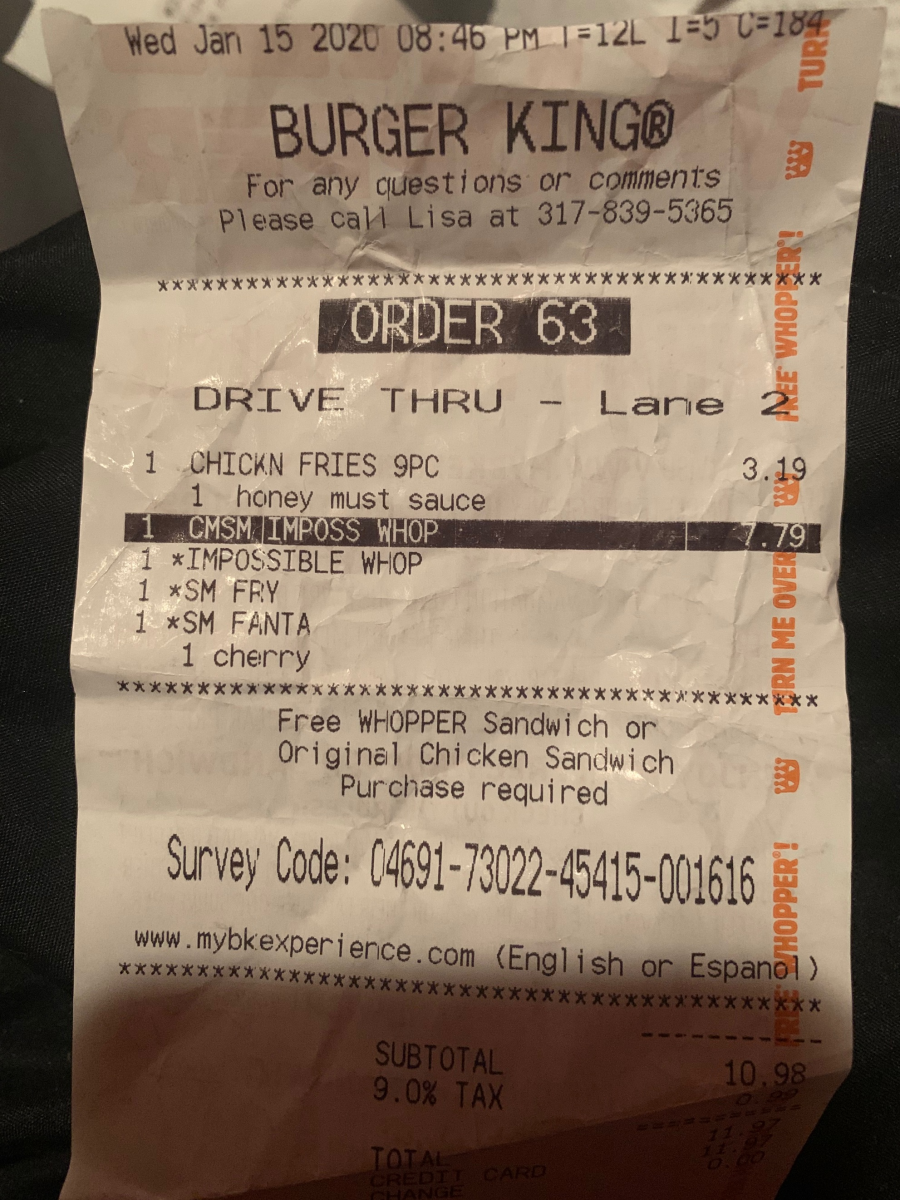 “Ate half of an Impossible Whopper, after a quick nap, woke up to non-stop diarrhea and vomiting, hiving and very sensitive to motion, was not able to hold a sip of water and did not seem to end or come out.

I had no health insurance, so ran around town... See More trying to qualify for a ER visit, it was my first time because I’m able to handle a lot of things and rarely get sick; I was honestly scared.

After going to work the next week, I over heard one co-worker state she had to go to the ER for eating the Impossible Whopper as well, she was trying it for her ulcers. ” 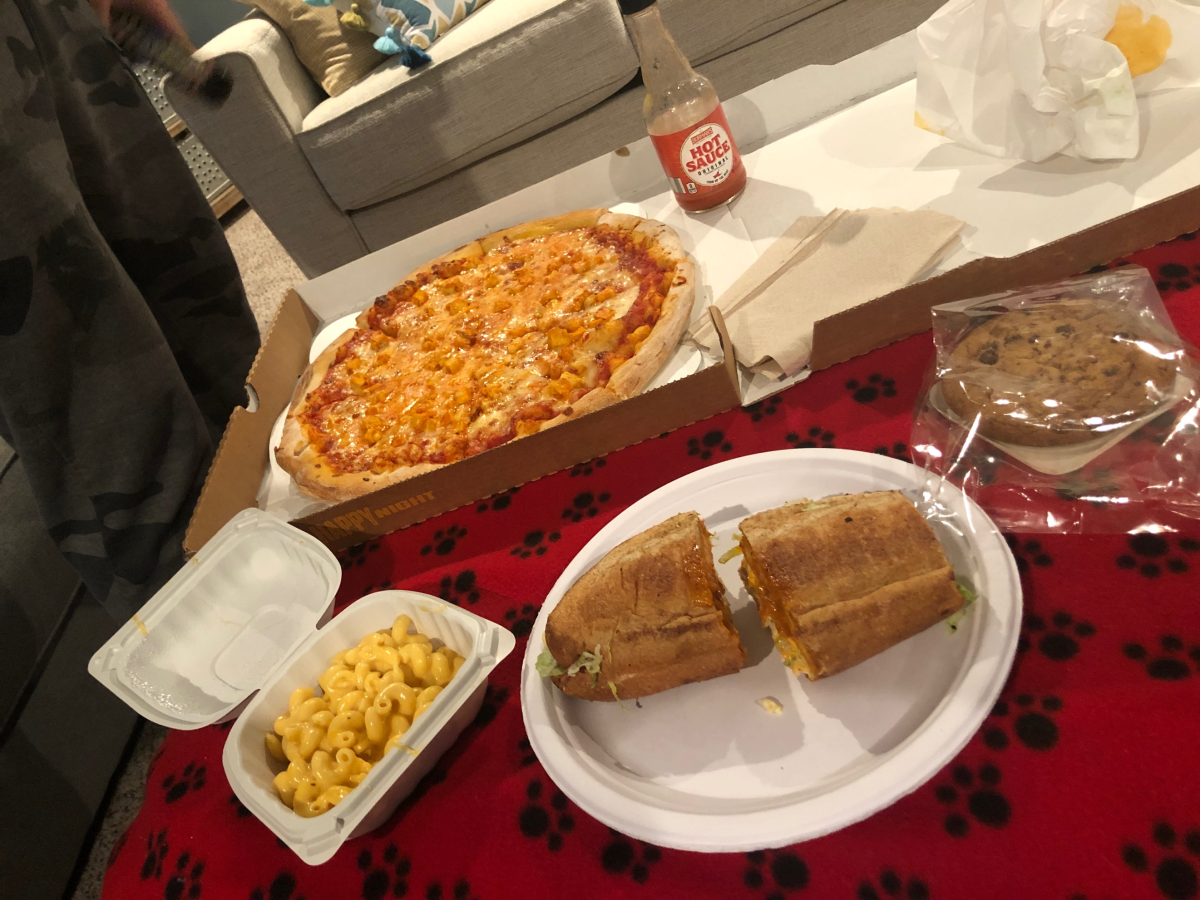 “My husband and I ordered a buffalo chicken sub, a buffalo chicken pizza and a small side of Mac and Cheese. We ate this at 5:30pm. At midnight, I was not feeling well and then started vomiting and had diarrhea. This went on until 4am. My husband also became ill... See More around 1am. ” 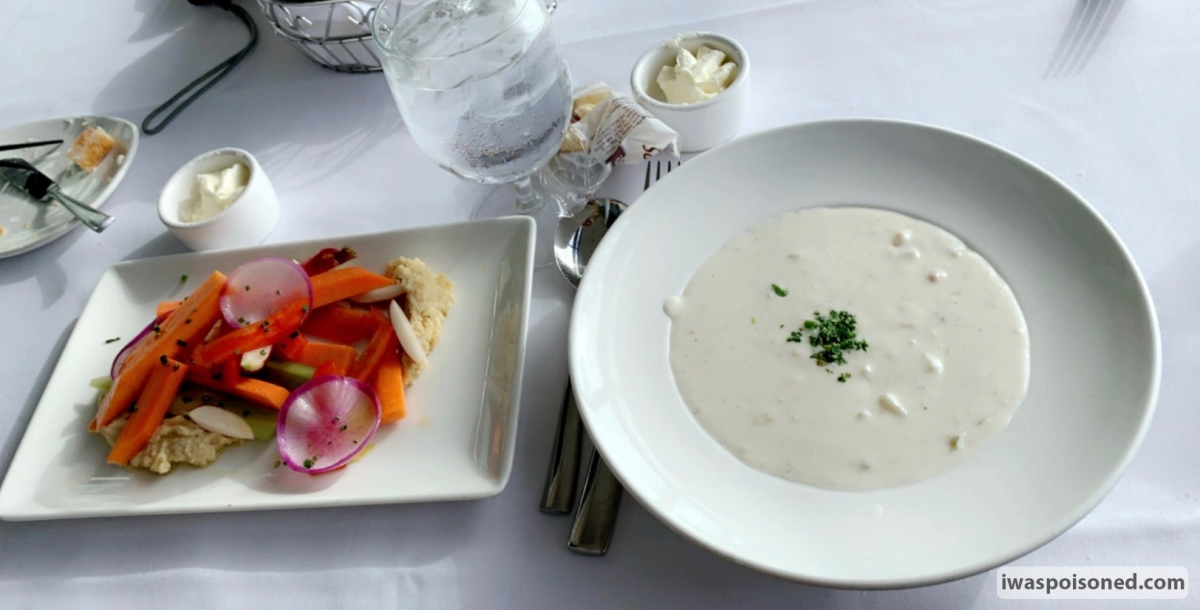 “6 hours after lunch my mother because extremely sick, she vomited multiple times along with watery diarrhea severe stomach cramps, chills and a fever. The only food items she had that we didn’t were the clam chowder and some salad. ” 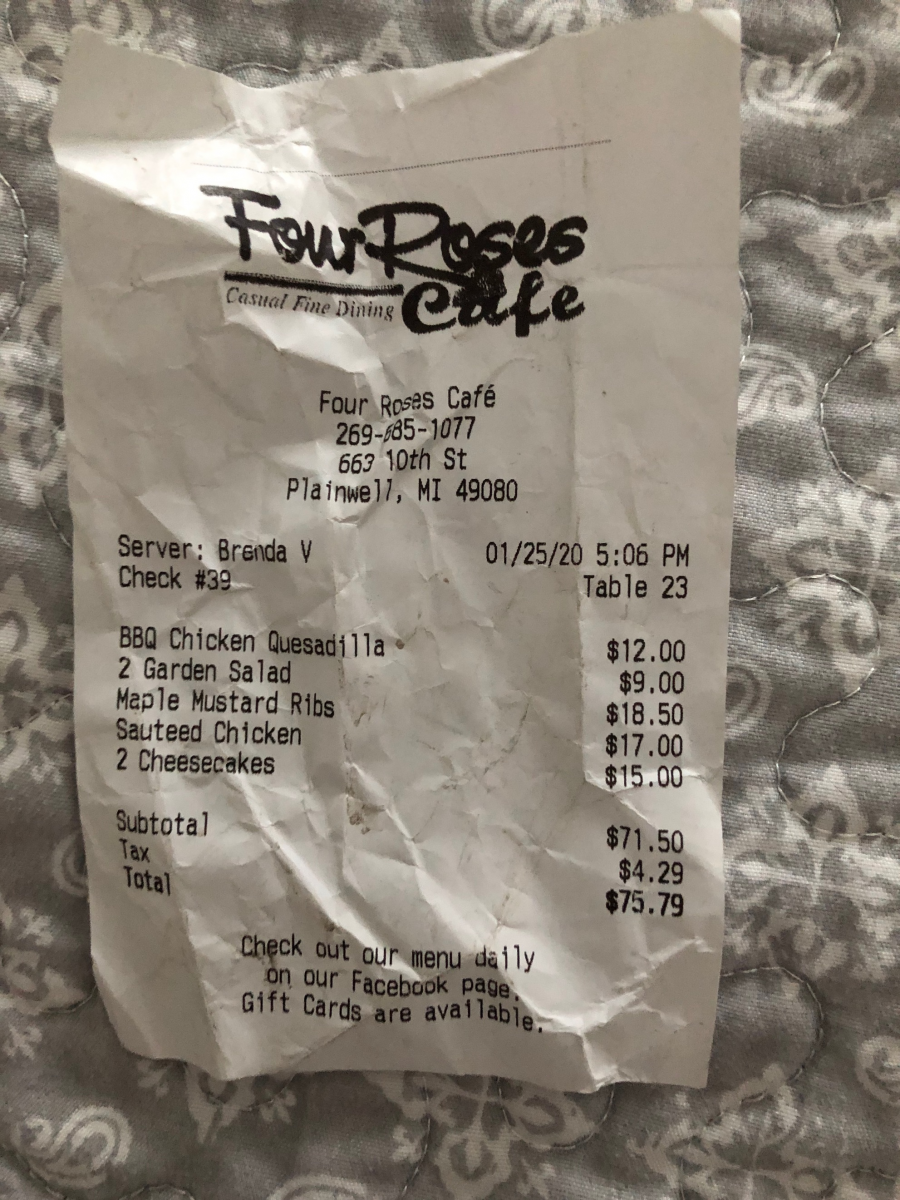 “Salad  My boyfriend and I both ate the garden salad around 5:45pm on Saturday, January 25th. I started feeling sick around 10:15pm, woke up at 3:30am, had diarrhea 4 times between 3:30am and 8:25am. I also felt very nauseous and felt like I could throw up, but did not because... See More I have emetophobia, I also felt dizzy and my vision was blurry. My boyfriend had diarrhea at approximately 7:15am this morning and he threw up at 8:20am.  ”