Rosemount brand cooked diced chicken has been linked to a multi-province outbreak of Listeria monocytogenes in British Columbia, Manitoba, and Ontario, where seven people have been reported sick and six of them have been hospitalized, according to the Canadian Food Inspection Agency (CFIA) notice. No deaths have been reported. The product was distributed to institutions (such as cafeterias, hospitals, and nursing homes) where many of the people who became sick resided or visited. CFIA advises to the institutions not eat the product or serve it to others.

“Ate a mc double add bacon got sick thought I had stomache flu 3rd day of symptoms I went to ER spent 6days in the hospital diagnosis ecoli. McDonald's was where I ate prior to symptoms starting🙄 ”

“Ordered cheeseburgers for myself my 1,3, 4 year old last night. Within a few hours my 3 year old was projectile vomiting, middle of the night I started vomiting, the 1 year old has had 3 Diarrhea diapers and won’t eat, my 4 year old woke up at 4am projectile... See More vomiting and diarrhea. ” 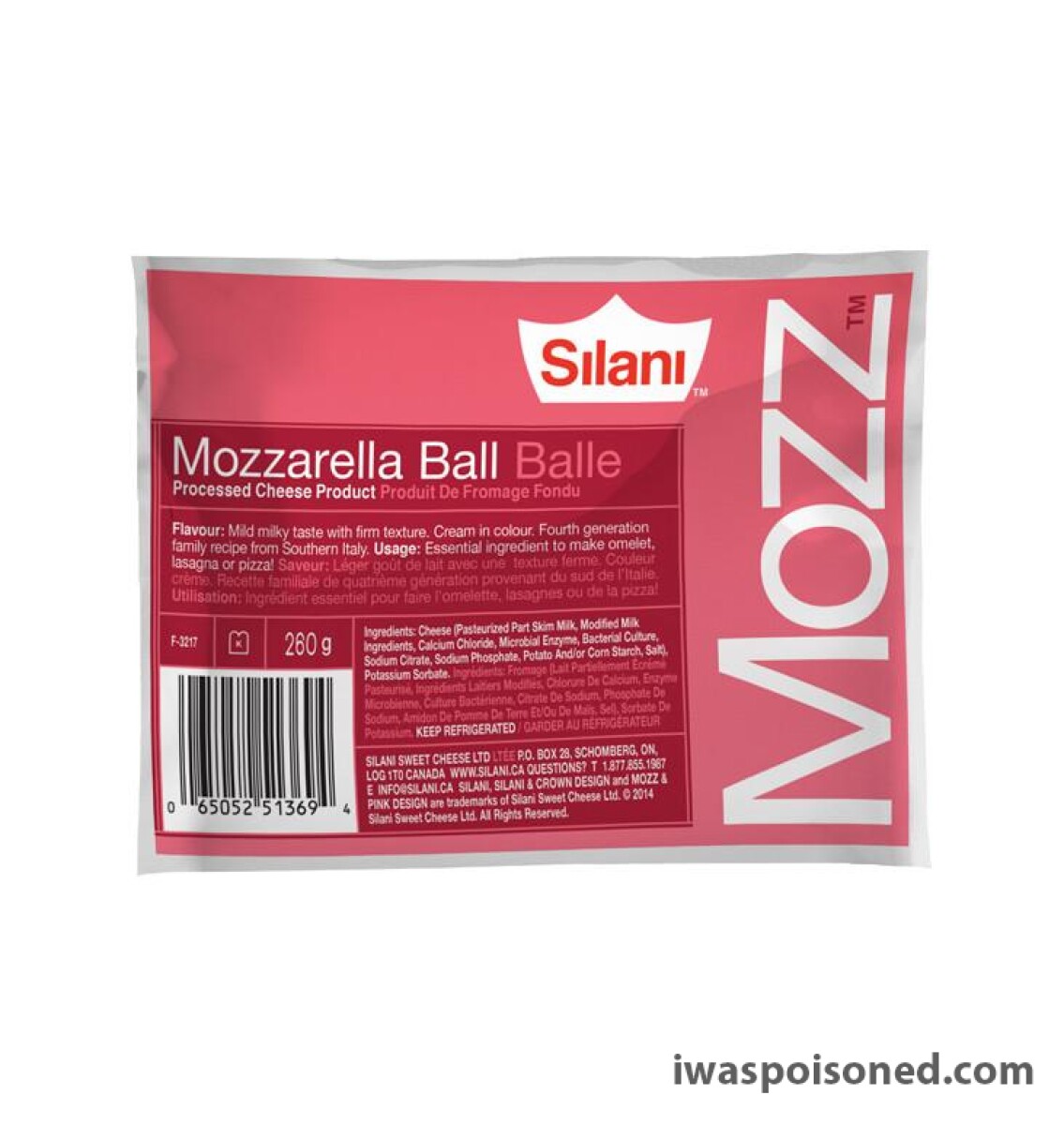 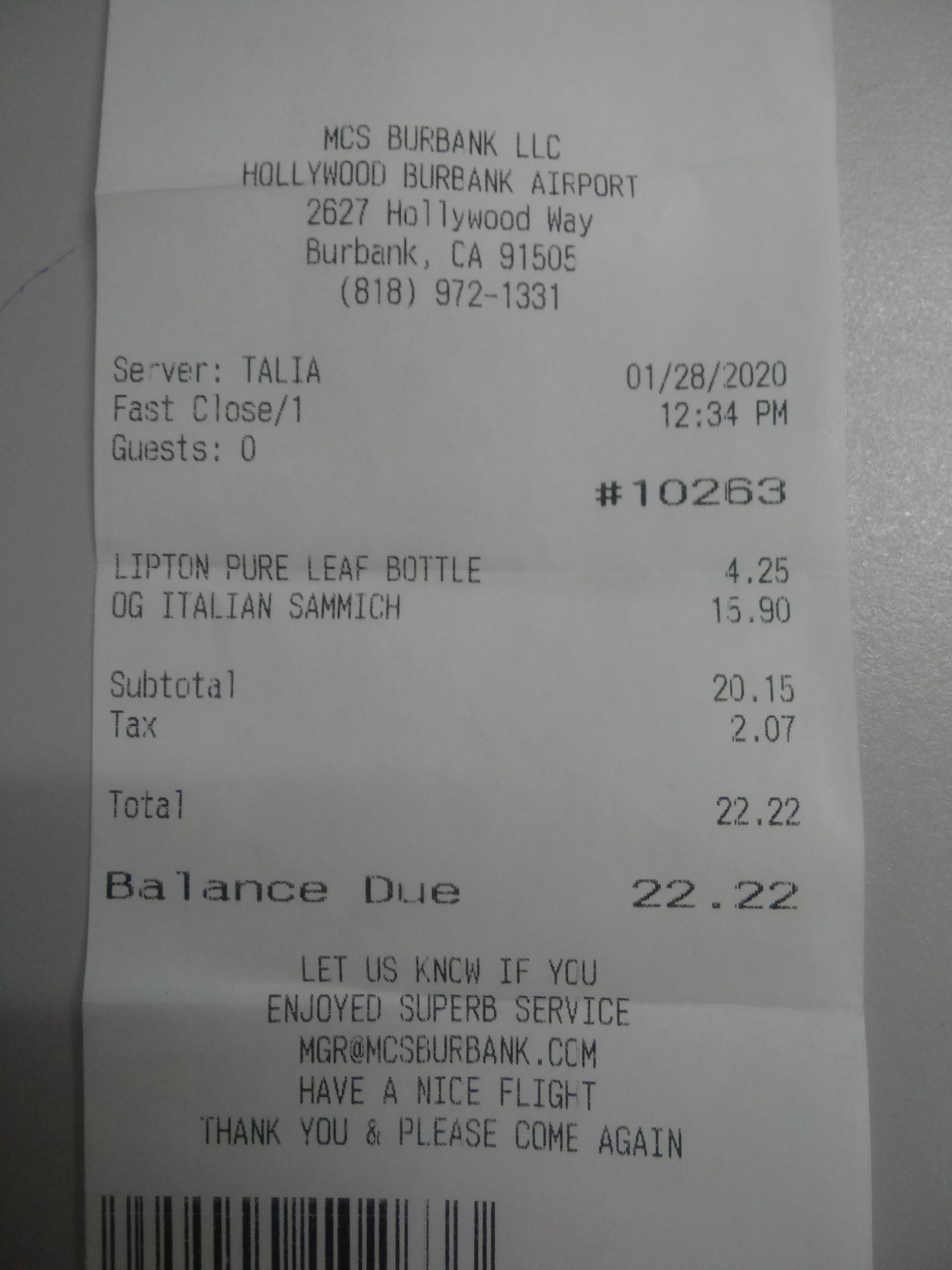 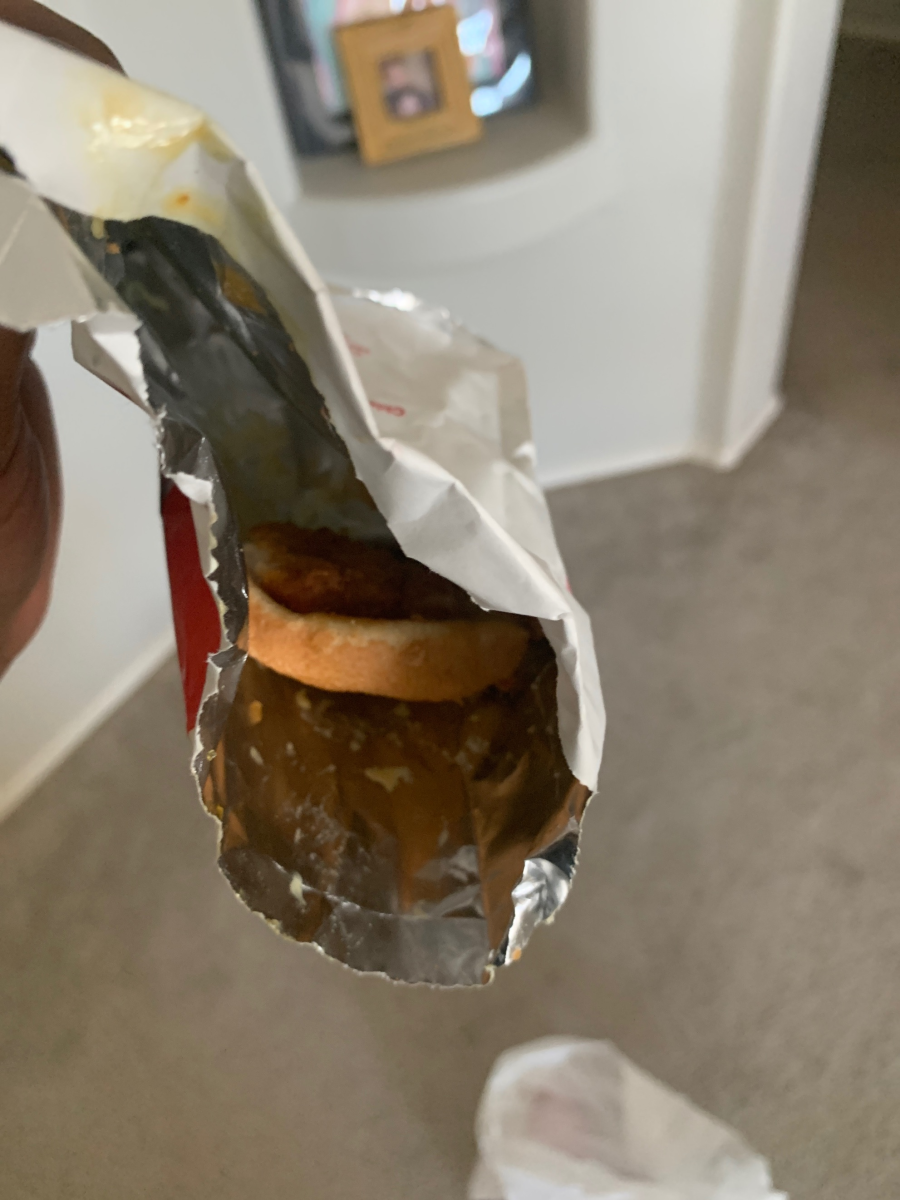 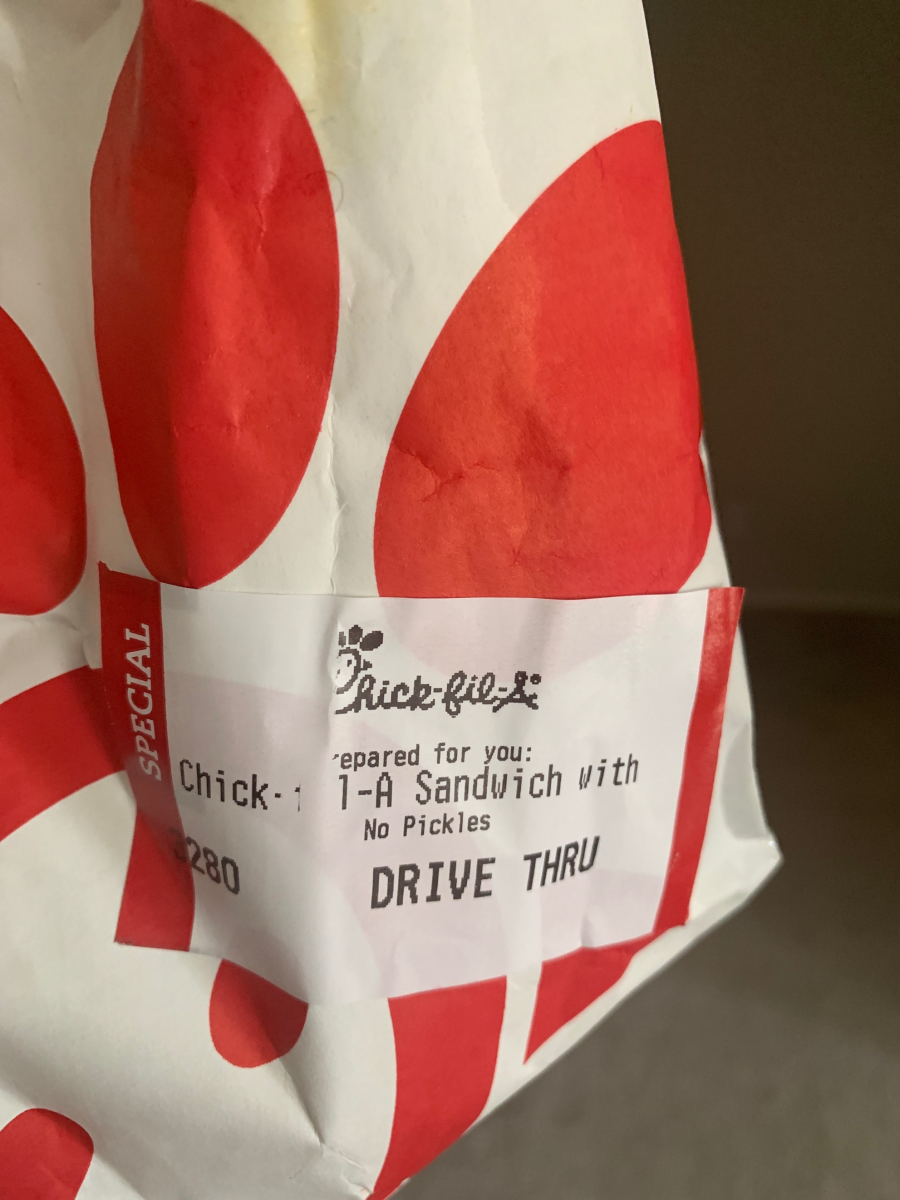 “Son and I both got sick last night immediately after eat there. He had chicken sandwich and was so bad that we took him to ER which cost me about $900. We were there all night. I too was sick but not as bad. Had lots of diarrhea myself but... See More his was far worse ”

“I ate it on Thursday around 2pm started to feel unwell very soon (about 15/30 minutes later) and I’m still ill although slightly better. Muscle ache (now almost gone) and really bad stomach cramps which now come in waves. Overall I feel awfully bloated despite I barely ate anything since.... See More Found a proof of purchase, It was a reduced price sandwich, Never going to buy it again 🤢 ”

“My family of 5 all went there then the next day felt sick and nauseous from the food. We had cheese pizza and the salad bar. From salad bar we had salad, cottage cheese, hard boiled eggs, dried cranberries, broccoli, cucumbers, cherry tomatoes. My kids stared off with a high... See More fever then throwing up, decreased appetite, headache, sneezing and a severe cough. Then me and my husband caught it after them almost immediately. We've been sick for over a week since going there. ”

“An order made through grub hub from the nearest location to us. My wife and I ordered the Seafarer meal. My wife got violent ill 2 hours after consuming. I was not affected. My wife now has a rash all over her face.  Wife and I ate the sea fairer... See More meal. Wife got sick after 2 hours of consuming. I was fine. Wife now has rash all over her face.  ” 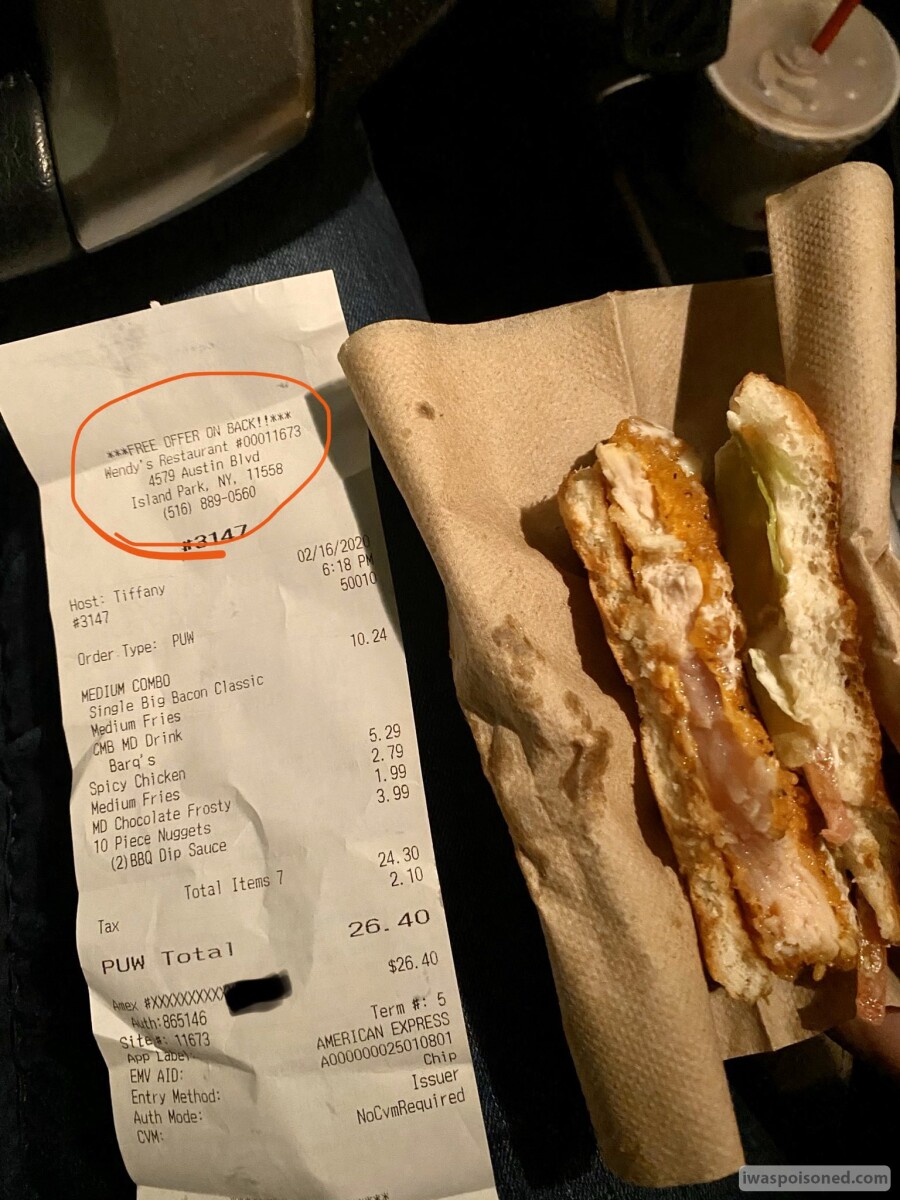 “you may want to have a chat. Not only did his store forget the chicken nuggets on the order, he was unapologetic with his raw chicken service. I wouldn’t have cared if I noticed before I ate it.... to be fair, he did offer a refund for the sandwich ONLY.... ” 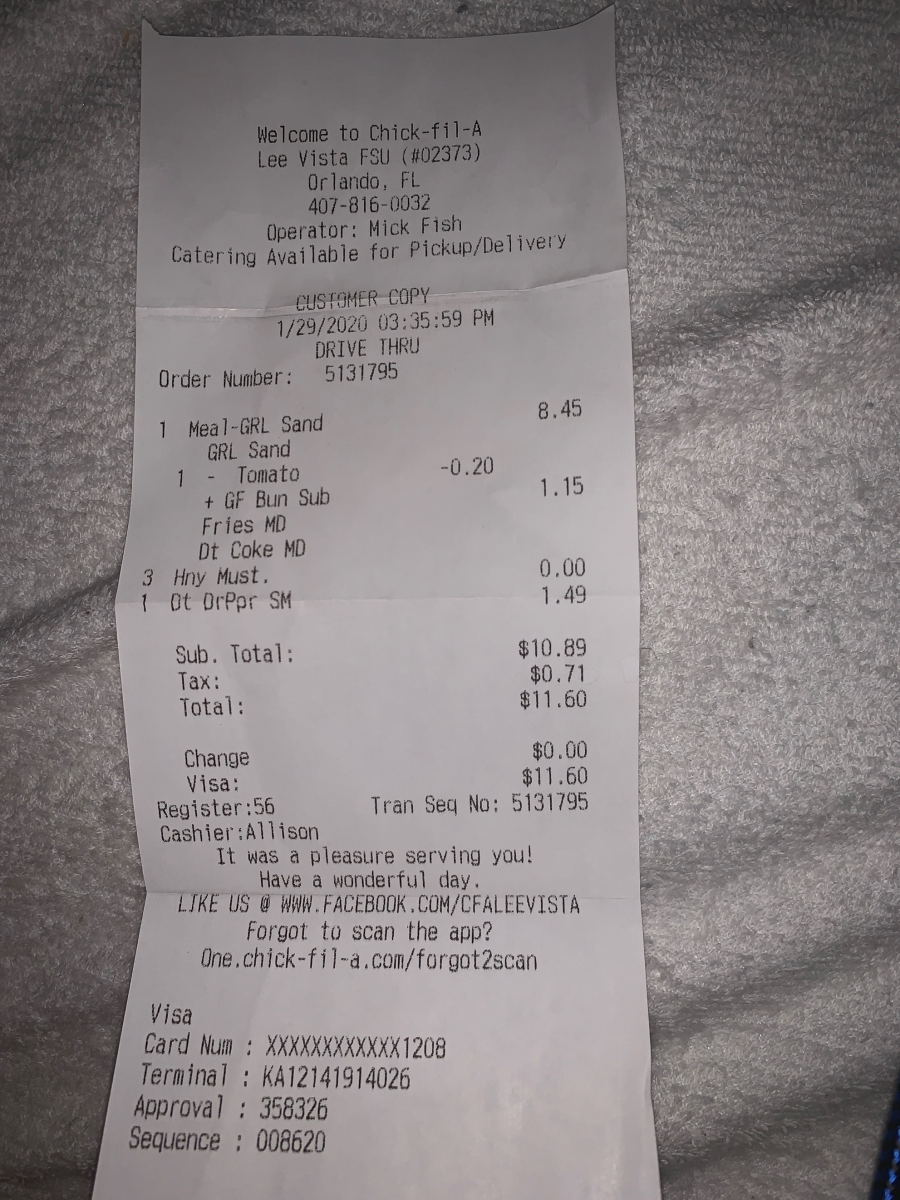 “I had a grilled chicken sandwich meal with a gluten free bun. Two hours later when I got home I started having diarrhea, vomiting and I passed out. I have now been at the hospital for two days for these on going issues. ”