According to the latest update from the CDC, this outbreak seems to be over. There were 101 people reported infected with the outbreak strain of Salmonella from 10 states. 25 people were hospitalized and no deaths were reported. 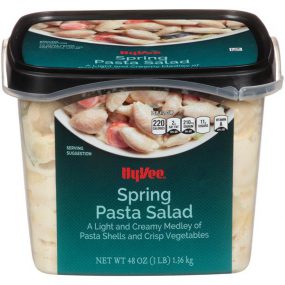 58 more ill people were added to this outbreak, according to the latest update from the CDC, making it a total of 79 people infected with the outbreak strain that have been reported from 9 states (Illinois, Kansas, North Dakota, and Tennessee were added). Do not eat recalled products.

CDC and FDA officers announced the investigation of a multistate outbreak of Salmonella Sandiego infections where Spring Pasta Salad sold by Hy-Vee grocery stores is considered as the source of the outbreak. So far twenty-one people have been reported sick from five states (Iowa, Minnesota, Missouri, Nebraska, and South Dakota).

Of the twenty-one people reported sick, five of them have been hospitalized. No deaths have been reported. Hy-Vee Inc. issued a voluntary recall of the product on July 17th. Do not eat recalled products. Check your home for it and throw it away, or return it to the place of purchase for a refund. 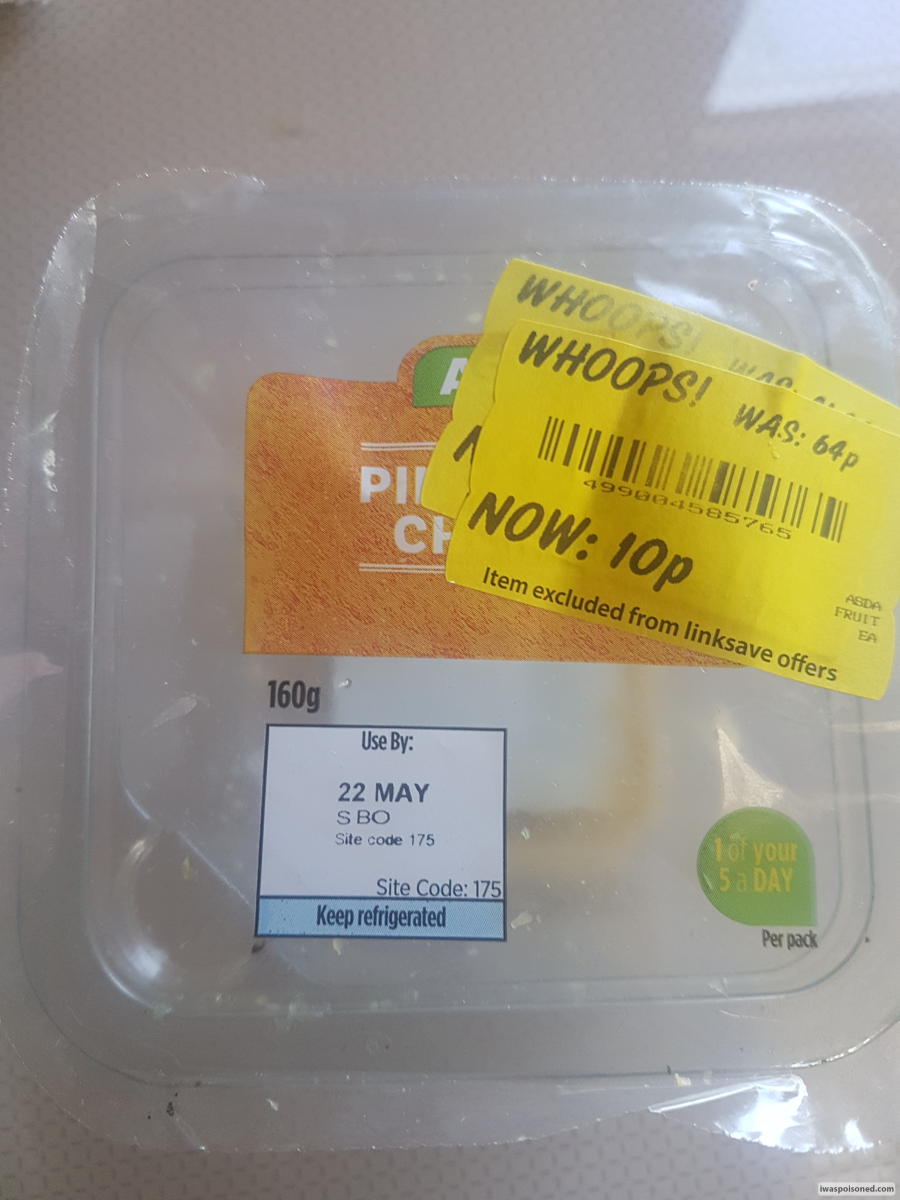 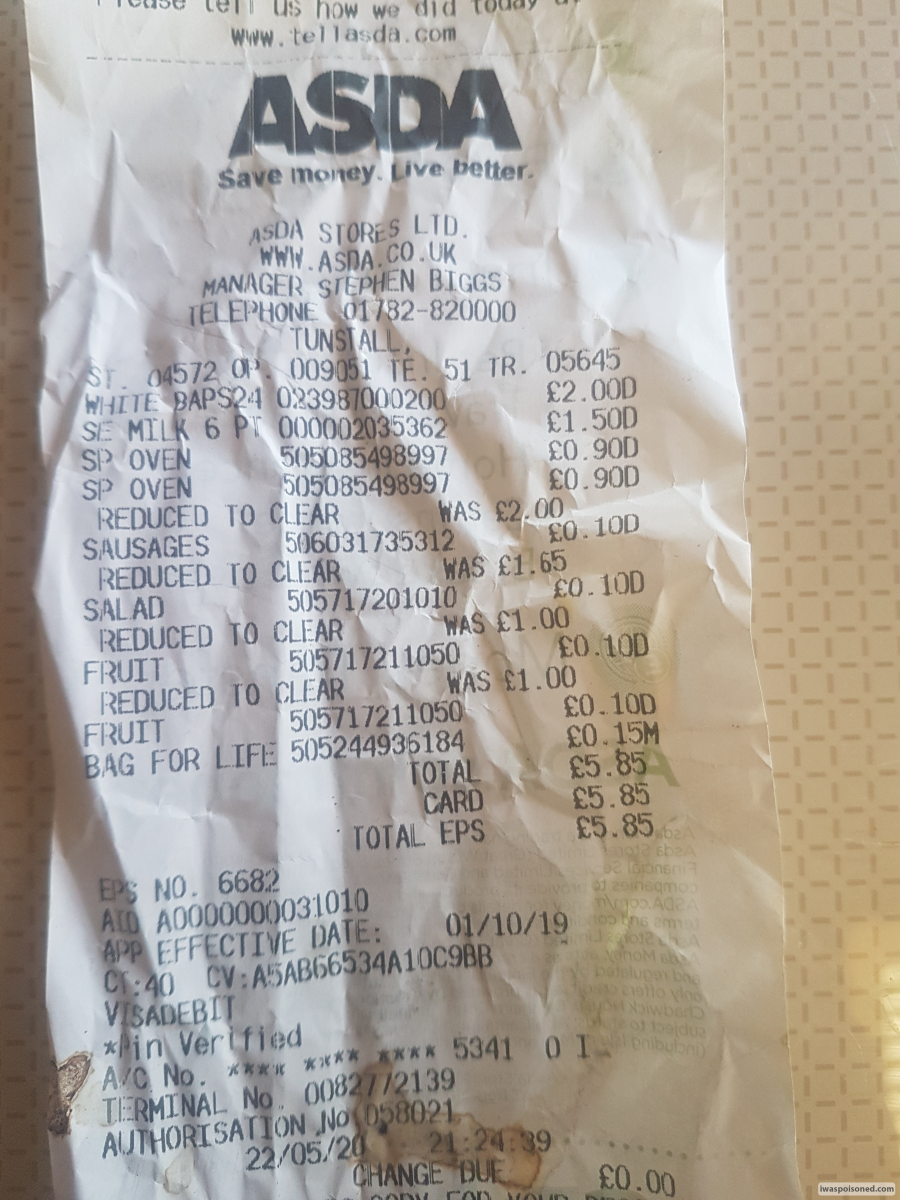 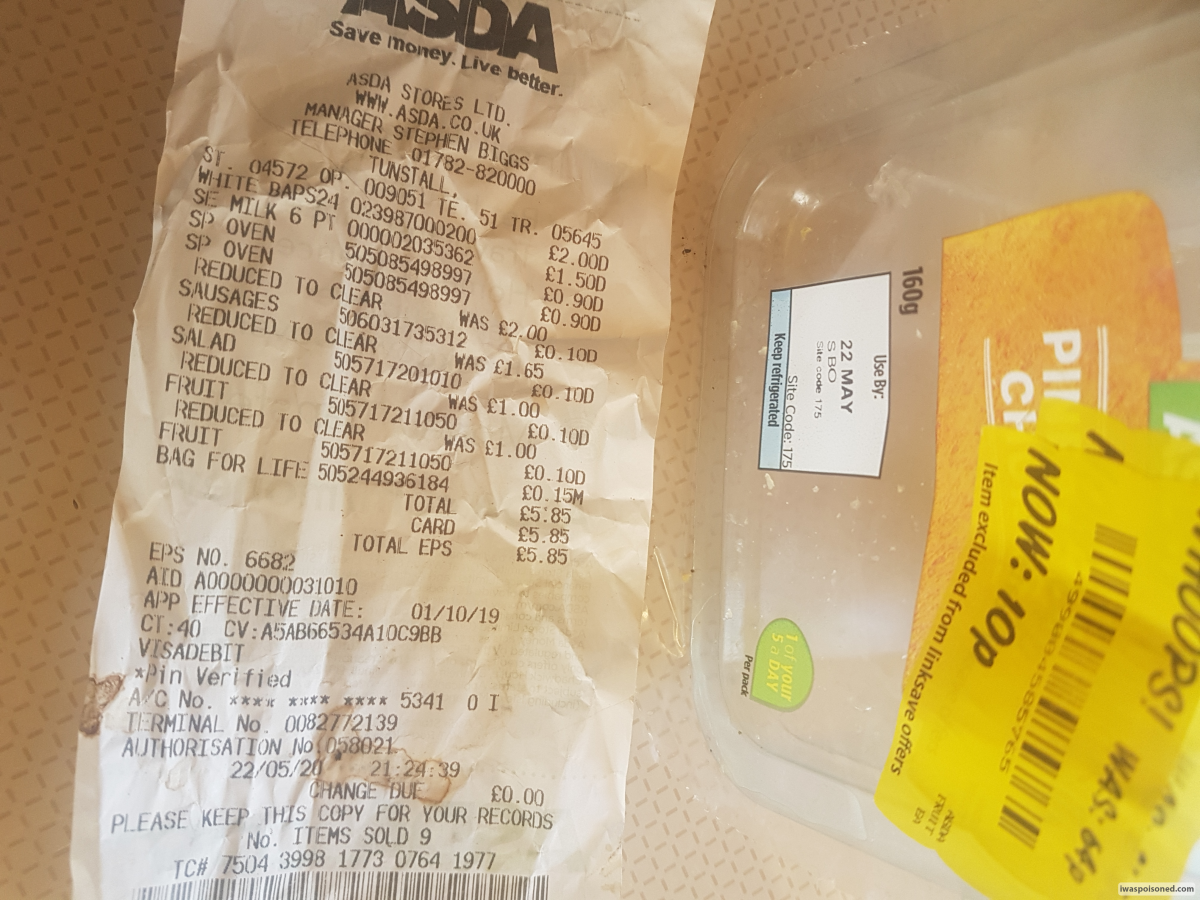 “Fresh pineapple chunks reduced to 10p from there
Decided to eat the next day, tasted slightly different but thought nothing as they were supposed to be fresh and not the canned I'm used to
bad mistake
Bad pains and constant diaorrea within 1hour later
Stomach in bits now, blew out... See More 3 times feeling sick weak and dizzy ”

“I bought a pack of cheese/nut/fruit snacks and after I tasted the fruit I noticed the sell-by date was over a month ago. I called the store and they just said "bring it in", with no mention of even checking the remaining processed product. Corporate said to send them an... See More email and then rejected it saying "we will no longer be responding to requests via email". Go figure. The corporate site gives phone numbers that no one answers or that are run by call attendant software that limits options. They seriously do not accept warnings that they may be poisoning people! I called the health department. ” 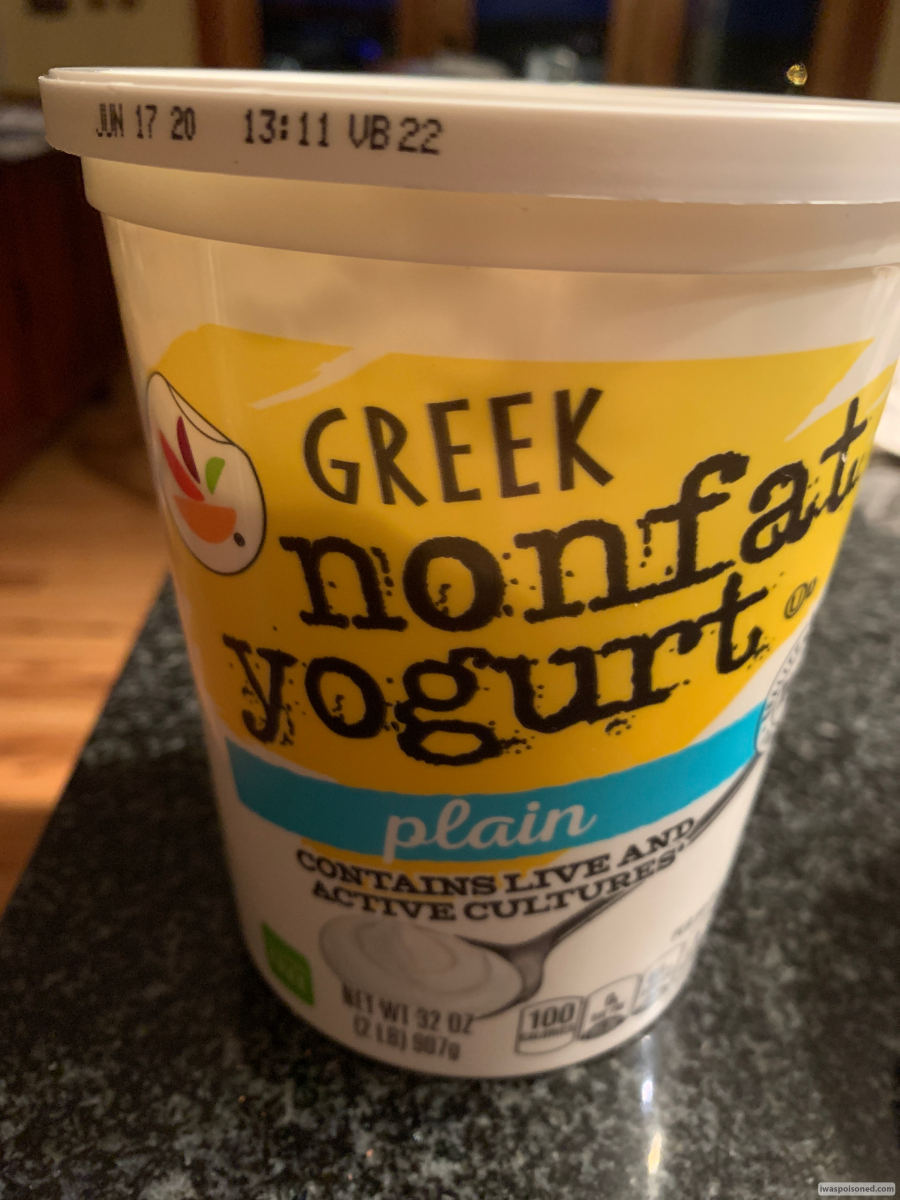 “Not sure- grilled tuna, grilled scallops, yogurt The Tuna And Scallops were both left overs from different dinners that did not make me sick before. The yogurt was newly opened tonight. Diarrhea started about 90 minutes after eating. ” 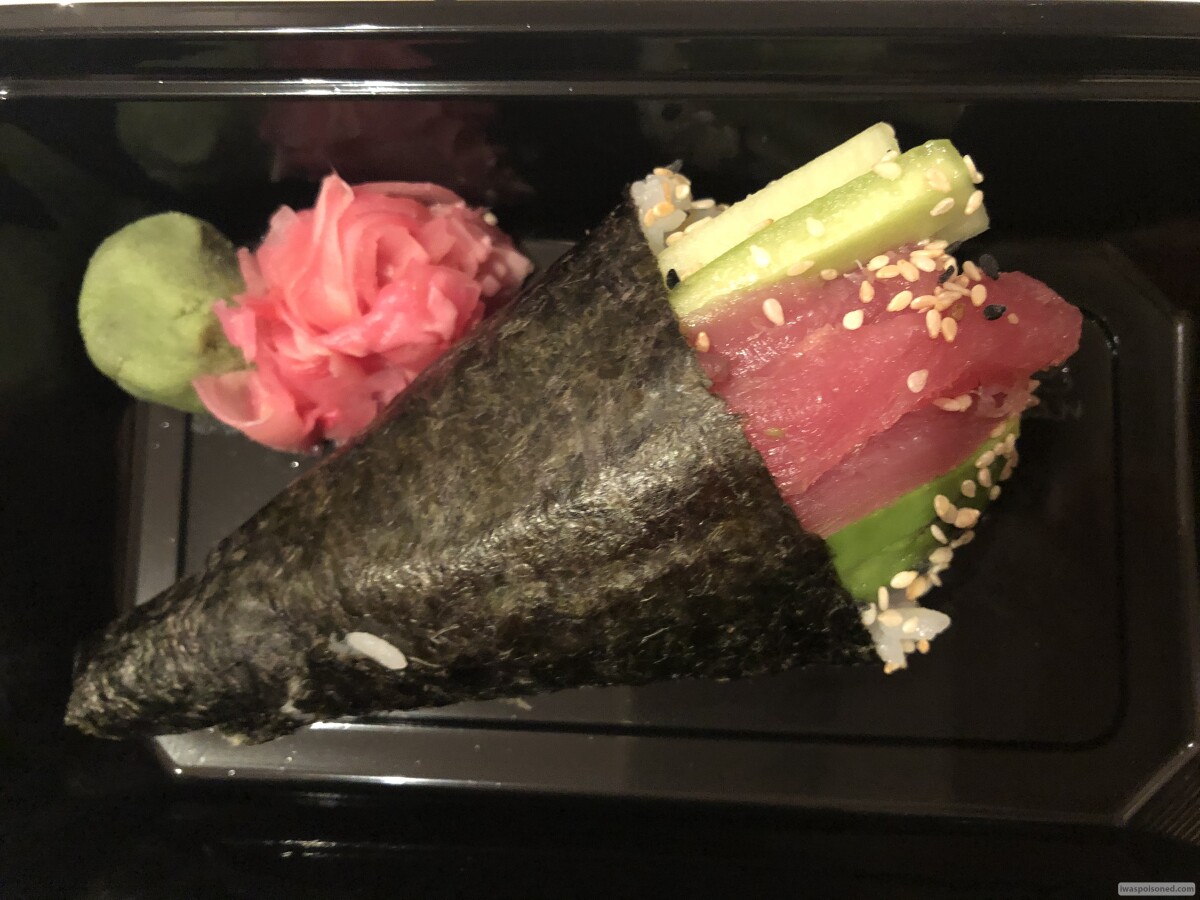 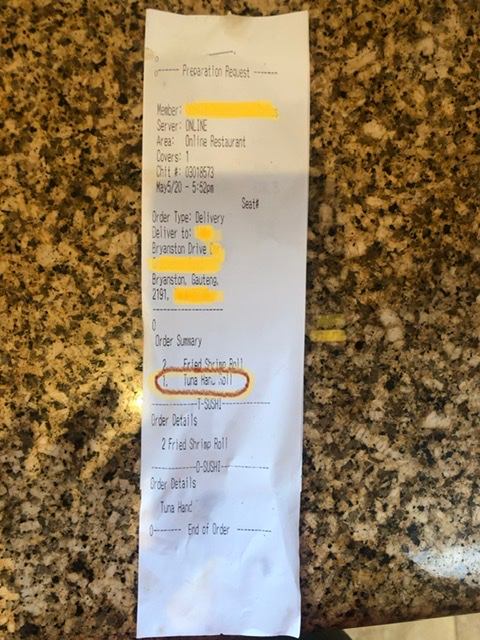 “Tuna sushi My husband ate tuna sushi yesterday evening 05 May and today on the 06 May at around 14:00 he developed fever of 40 degrees Celsius, diarrhea, several vomiting,he was hospitalized and is now in ICU ”

“I ate 1 croissant roll then about 5 or 6 hours later I started vomiting and had diarrhea. I purchased Mother's Day Special. Noone got sick but me. THE MOTHER! I had to go to a 24 hr. Emergency Clinic. The doctor said that I had food poisoning. ”

“Beyond Meat Burger I got sick after eating 1 and a half of a burger. I had eaten one a few days ago with no issues. But I ate them today and cooked them the same way and got utterly sick. My first symptom was bowel pain. I knew I... See More would have diarrhea. I tried to go but couldn’t. And then 10 minutes later it hit me and my stomach ached so I went to the toilet again and immediately had diarrhea. I started sweating and my body temperature rose. I blacked out on the toilet and woke up a few minutes later. I was still sweating and my throat and mouth was dry. I could barely keep my head up. I’m laying in bed now, still in pain and very very nauseous. I’m too lethargic to do much right now. ”

“Me and my coworkers decided to have it for lunch, first sign from god not to eat from there our order got deleted due to a “new system” and we called back 2 HOURS later and our 2nd sign from god the lady got lost with our food, I woke... See More up at 3 am to bad diarrhea I couldn’t sleep and had to go to work the next morning and couldn’t stop using the bathroom, mind you my coworker has diarrhea as well. 10/10 would not recommend it. ”

“I have been there two times this month and I've had extreme diarrhea the next morning. List last time the only thing I had to eat that day was two whoppers. I ate the Whoppers. I've had diarrhea all morning and s*** my pants. Roughly 17 hours ago is when... See More I ate ”

“It was in December, 2019. I didn't go to the doctors because at first I thought I just ate too much. As time went by I became nauseous, and i had diarrhea, as well as vomiting. I could not move or go to sleep because of the pain. It was... See More not until recently where I was speaking to people about it they had the same thing happen to them at the same place. ”

“Had HALF of a small French Vanilla from the prepared mix at home and within 5 minutes starting getting stomach pains and felt nauseous. Had diarrhea 3 times 10 minutes later over half an hour. I should have known better because this happens every time. With Ice caps and sandwiches... See More as well. ”