NHS Lothian joined forces with local and national partner agencies to investigate at the beginning of August an E. Coli outbreak linked to nurseries in East Lothian. E-coli has now been confirmed in three nurseries (Church Street Pear Tree Nursery, Meadowpark Pear Tree Nursery, both in Haddington and Musselburgh Private Nursery, Bridge Street), while another two are closed as a precaution to allow investigations and testing to be carried out. A total of 47 cases of E-coli have now been confirmed.

Musselburgh Private Nursery, Stoneybank, has also been closed after reports of sickness symptoms and a connection with its sister nursery in Bridge Street were identified. West Road Pear Tree Nursery remains closed, pending more investigations and inspection, but to date no cases of E-coli have been confirmed. Families have been informed and asked to provide samples if their child has had any symptoms to rule out the presence of E-coli. 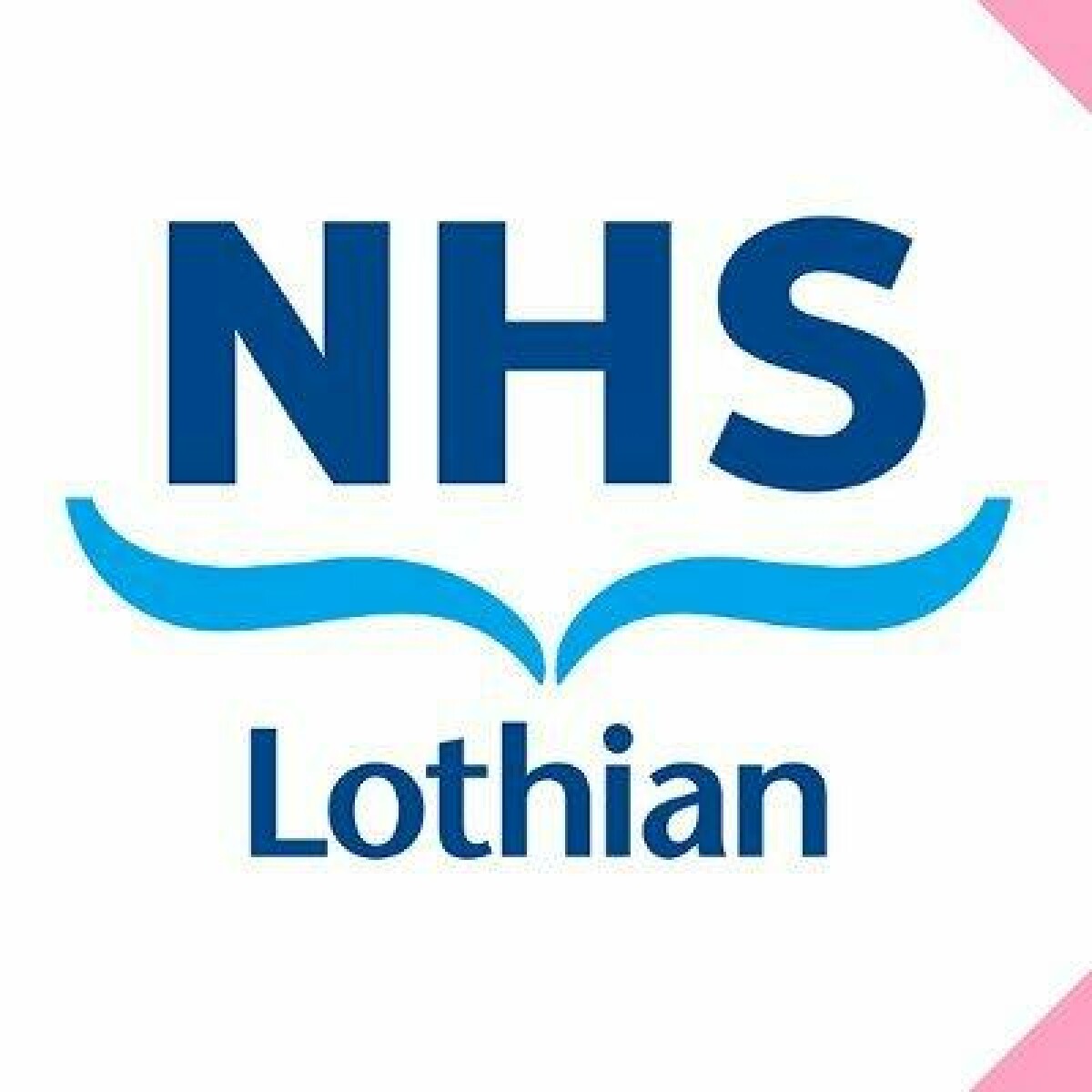 I had an oyster as part of a meal February 2022 so presuming it was that, took a day for symptoms to appear then was violently sick out of both ends for the best part of three days | Symptoms: Diarrhea, Vomiting See Less

Finest beer battered cod, both myself and my partner were really ill and it was the only thing we both ate I contacted them via WhatsApp and they won't take it seriously

update 11/21: We are both fine now but it was a really difficult night of... See More stomach cramps and vomiting. I'm disabled and am unable to walk at all so I had no choice but to vomit where I was.... the clean up was very difficult. | Symptoms: Vomiting, Other See Less

2nd time eating a Mayo chicken and becoming unwell soon afterwards. Definitely is the chicken as have the same symptoms as first time I had issues. Diahorrea, nausea, stomach cramps and headache. Avoid this food item at all cost. They don’t know how to cook a seriously high risk food! | Symptoms: Nausea, Diarrhea, Cramps, Headache See Less

I have family members who have also had food poisoning from here. Especially after eating the chicken. I had 9 chicken nuggets and i am SO unwell. Cant stop vomiting, stomach is in absolute agony and i cant keep any food down. I will be staying away from here from now on. Chicken is like rubber. | Symptoms: Nausea, Vomiting See Less

Ordered 2 packs of chicken mozzarella& pesto sandwiches from online website, not sure which specific branch the sandwiches are delivered from. Me and my partner ate 1 pack per person, I got a bad diarrhoea and my partner got an upset tummy. | Symptoms: Diarrhea See Less 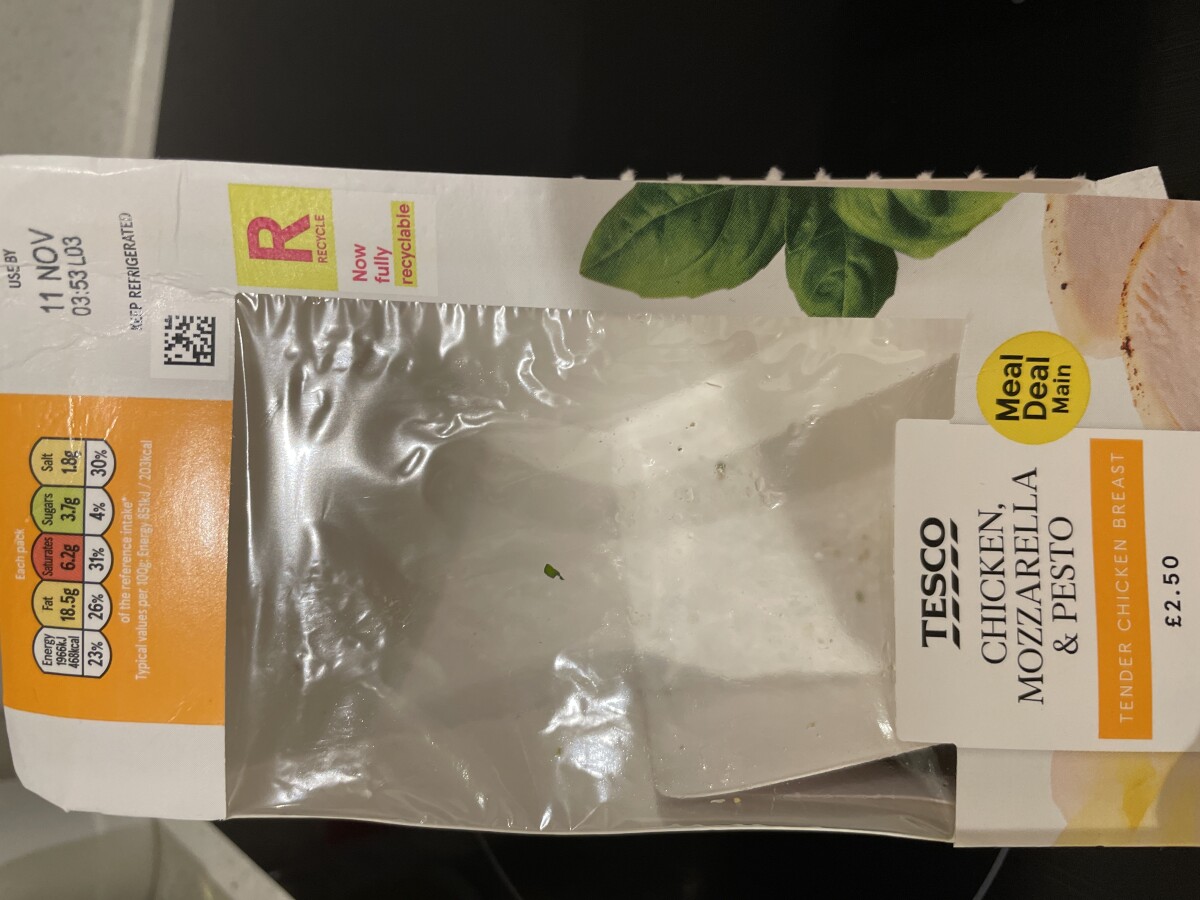 6th of November, Eating raw chicken from here. I vomited raw pieces of chicken. And the only food that I’d eaten that day that had chicken in it was this. | Symptoms: Diarrhea, Nausea, Vomiting See Less

Had it about 9 o clock at night and have been up from 2 am with nausea sickness and diarrhea | Symptoms: Nausea, Diarrhea, Vomiting See Less

Me and my partner had a beef fajitas from one of the food trucks there on the north side and was up all night with diarrhea.
We didn't have anything ells the who day so must have been that. | Symptoms: Diarrhea See Less

I ate a bean and potatoe pie on the Friday afternoon then at 1am Saturday morning i was violently sick and had bad diarrhea and this continued through till 12pm sat afternoon i also had blood in my stool aswell. | Symptoms: Diarrhea, Vomiting See Less

To be clear this is not true food poisoning. The halal chicken with rice tasted fine, but 3 hours after eating with a friend (not my idea), I got a stuffy nose, sore throat, sweats sleeping, woke up with aches, headache, etc. This does not happen when... See More I go to restaurants. to sweeten the pot, I overheard “Chinese” (friend is us born Chinese) and this limping old man/owner decides to walk by us and mutter “there’s a gay here” half right pal - ironic a unique place such as this says that aloud of another. one of them must have told him about a car sticker, but missed the Rome/Italian, American flag, and police union decals. I read halal can incur issues due to preparation, etc. Whether this is the case or something “else” - This will not shine on them and I contacted my appropriate resources. | Symptoms: Nausea, Sore Throat, Headache, Sweating, Body Ache, Shaking See Less 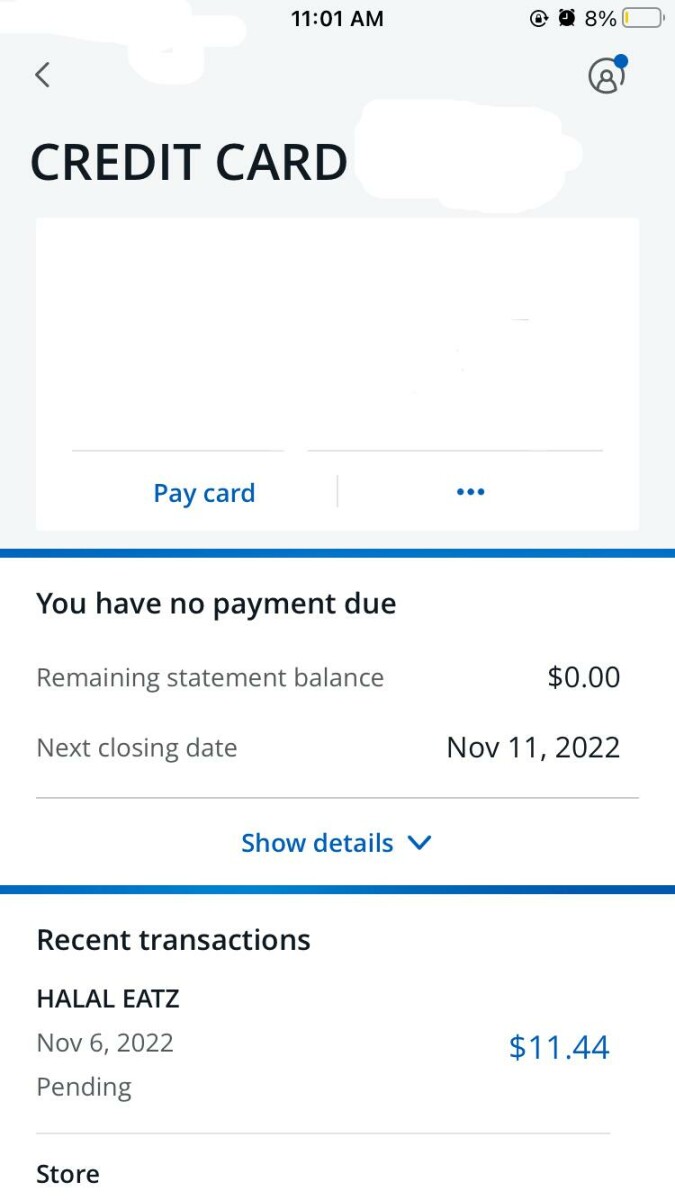 Suspected food poisoning. Symptoms: Nausea,Stomach Pain
Suspected source: Slimfast keto shake
Onset: While drinking it
Duration: Half hour
Sick: 1
Additional information: This also happened last week when I drank one. I have seven 4-packs because it was on clearance. I waited a week thinking I had... See More a virus but now I’m sick again because I drank another one. I’m accustomed to mct oil so that ingredient is not causing it.
it’s definitely the shake. I’ve only had two of them about ten days apart, best I can count. Same reaction to both. This time it was early in the morning, first meal. I don’t think I trust Slimfast anymore. I had some of their meal bars a few years ago and I think there were broken nut shells or something hard and dark in those, too. | Symptoms: Nausea, Stomach Pain See Less 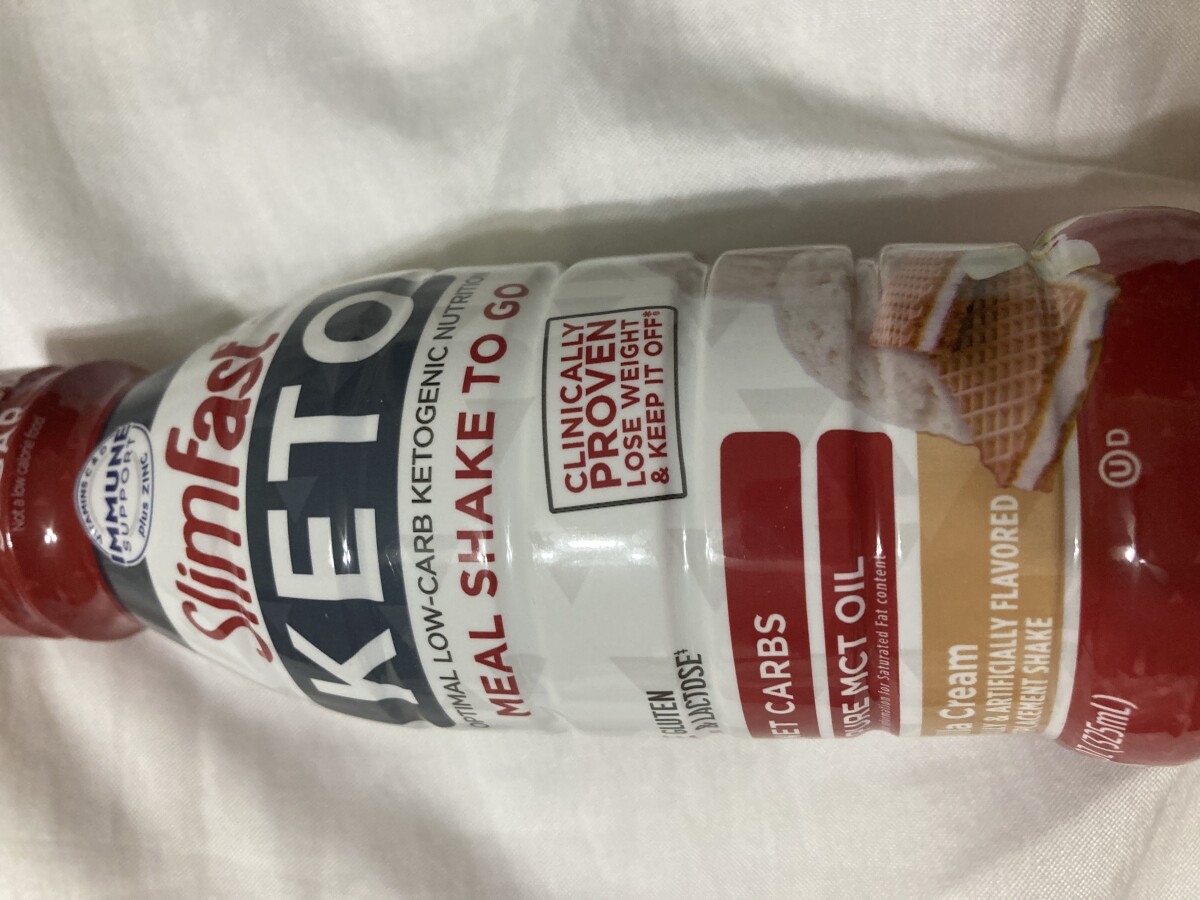 I had gotten the Thai soup and only had two spoons and started feeling crap quite soon. Following evening I’m vomiting and shitting myself sore. I’m not sure if the soup is old or bad ingredients were used but I’m not going back to this location. | Symptoms: Nausea, Diarrhea, Vomiting, Soreness See Less

I purchased chobani yogurt and from the date it isn’t expired. I have a habit of eating one as my last snack of the day. For the last 2 days I couldn’t understand why I was feeling ill but after tonight I paid closer attention to how... See More I felt . After a couple bites something told me it was the yogurt I stopped eating it but about 30 minutes went by and I started feeling sick. It wasn’t until I ate this so tomorrow I will cut it out and see if it makes a difference. I’ve always grab the packages from the back especially when it’s a refrigerated item. I’ve always purchased from here and never had a problem. Love the freshness of all their products. But lately the fruit , eggs and now this I’ll purchase elsewhere because my fruit goes bad next day or next two days mold grows and eggs are no good . I hope this feeling passes fast | Symptoms: Nausea, Vomiting See Less 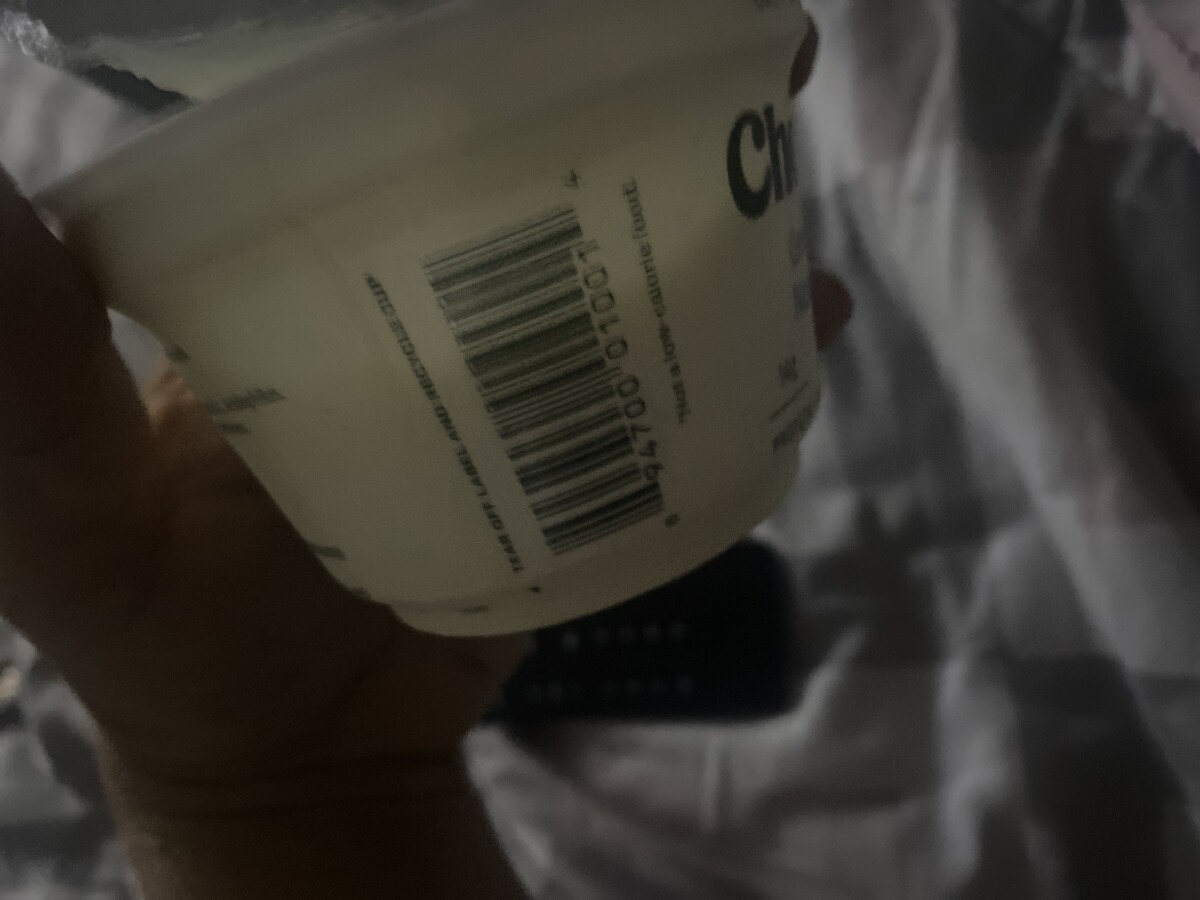 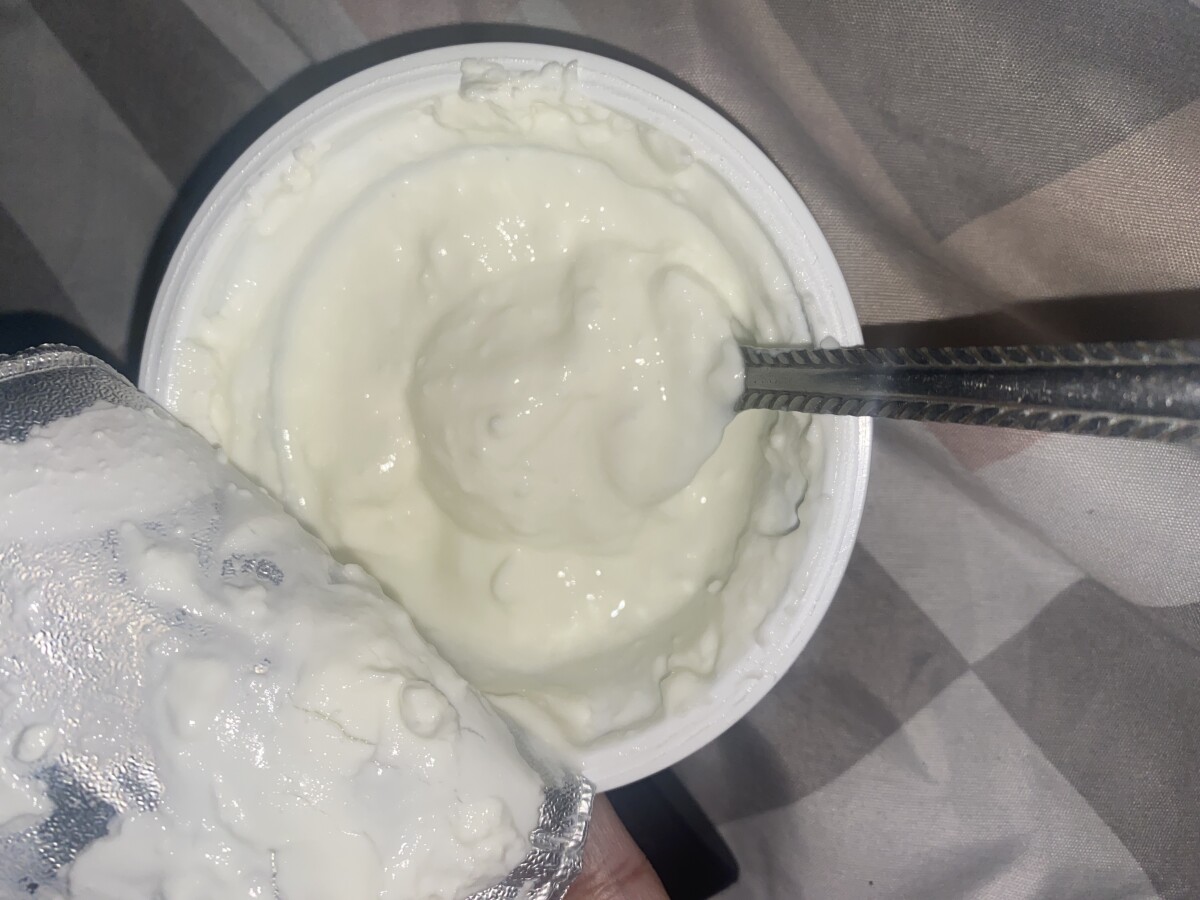 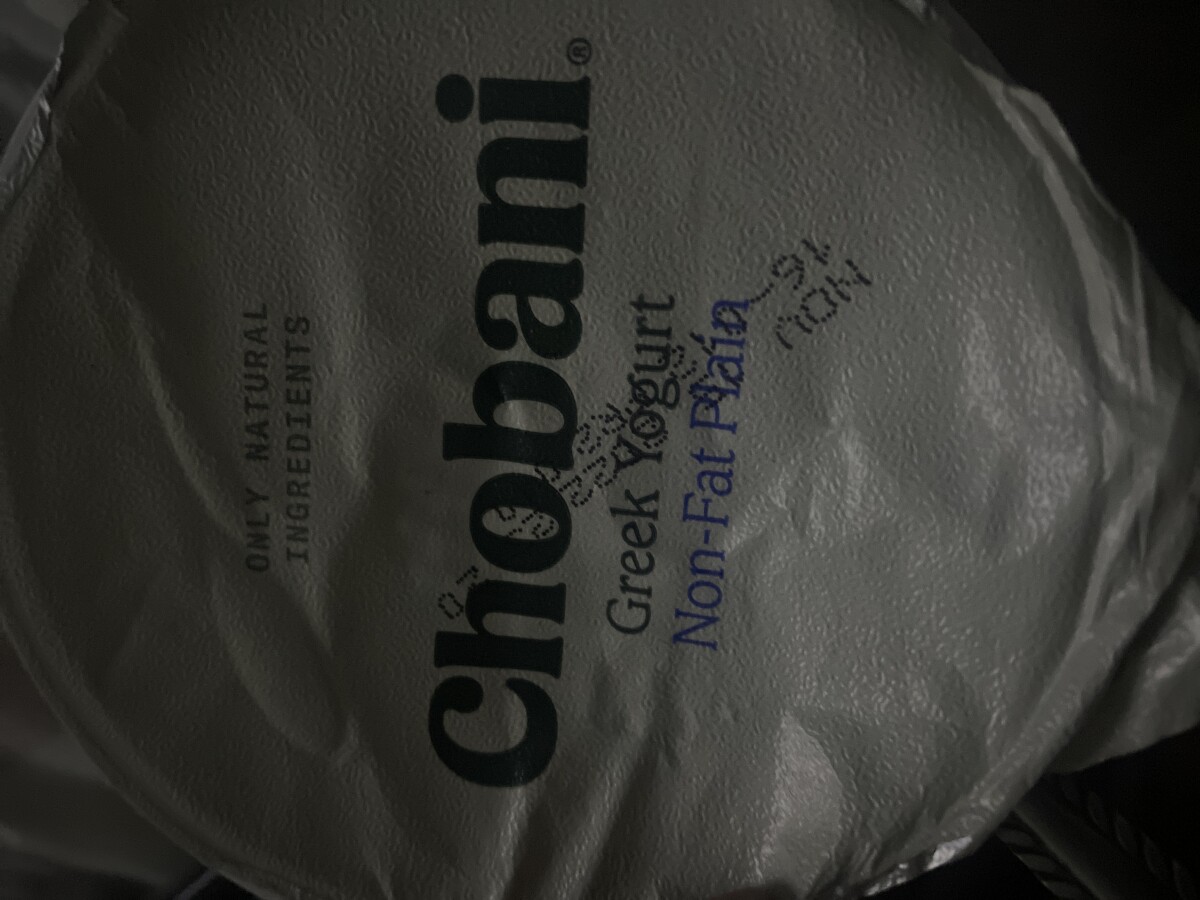 I ordered a Peppermint Mocha from the in-store location. Within three hours after consumption, I had a sudden onset of horrible stomach cramps, diarrhea, nausea, headache and extreme dizziness. It should be noted that prior to consuming the beverage, I had eaten lunch two hours prior with no issues. | Symptoms: Nausea, Diarrhea, Cramps, Headache, Dizziness See Less 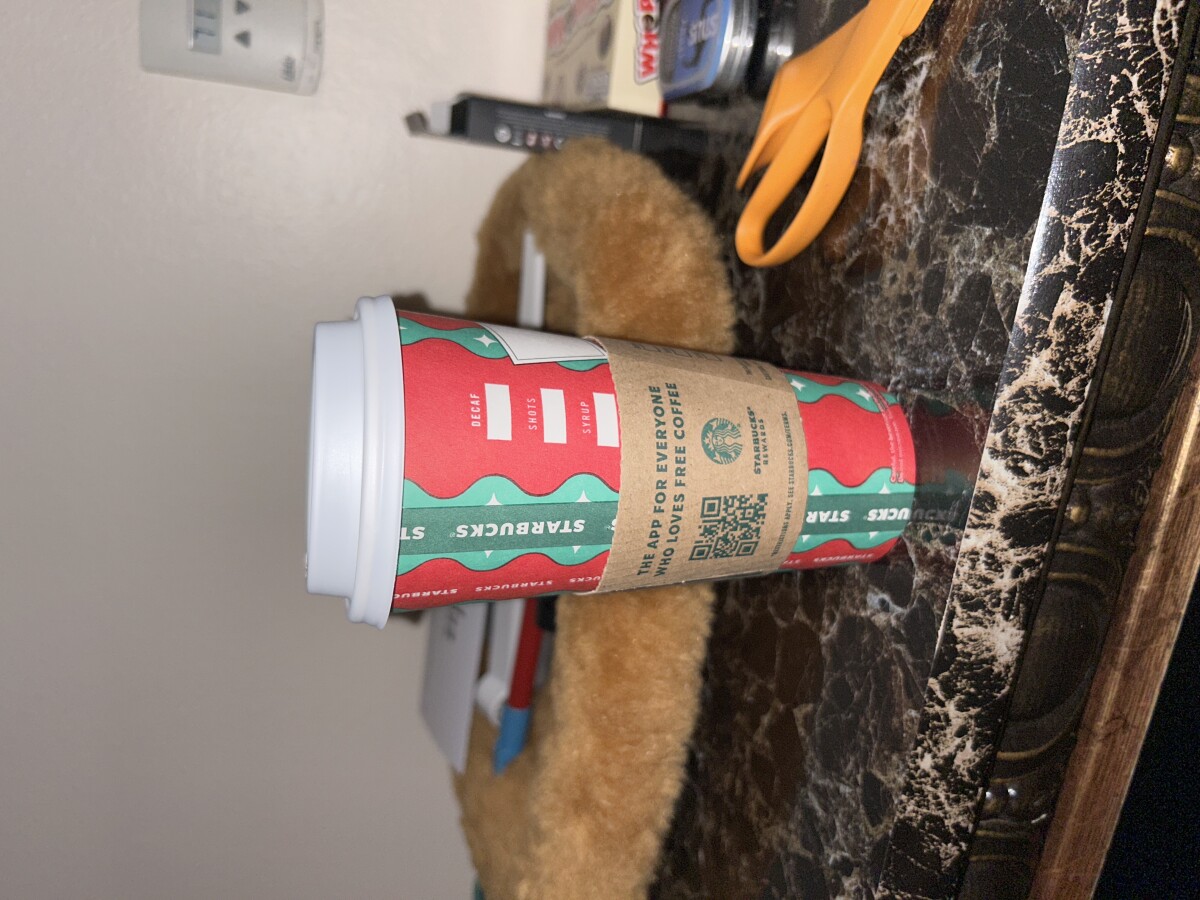 11 /1 2022, I ate chicken 4 pieces stomach pain nausea and throwing up then my daughter ate a piece now taking her to er ..they called us a liar when wife called now I'm not happy I thought I was going to die that's all I... See More ate going to get a lawyer if her Stomach gets pumped I still have the chicken The worker when we called said it takes 48 hours and said we are lienig and was real rude as I'm sitting here feeling like I'm going to die , free food hell no sick yes felt like this world does not care I'm getting a lawyer.. | Symptoms: Nausea, Vomiting, Stomach Pain See Less 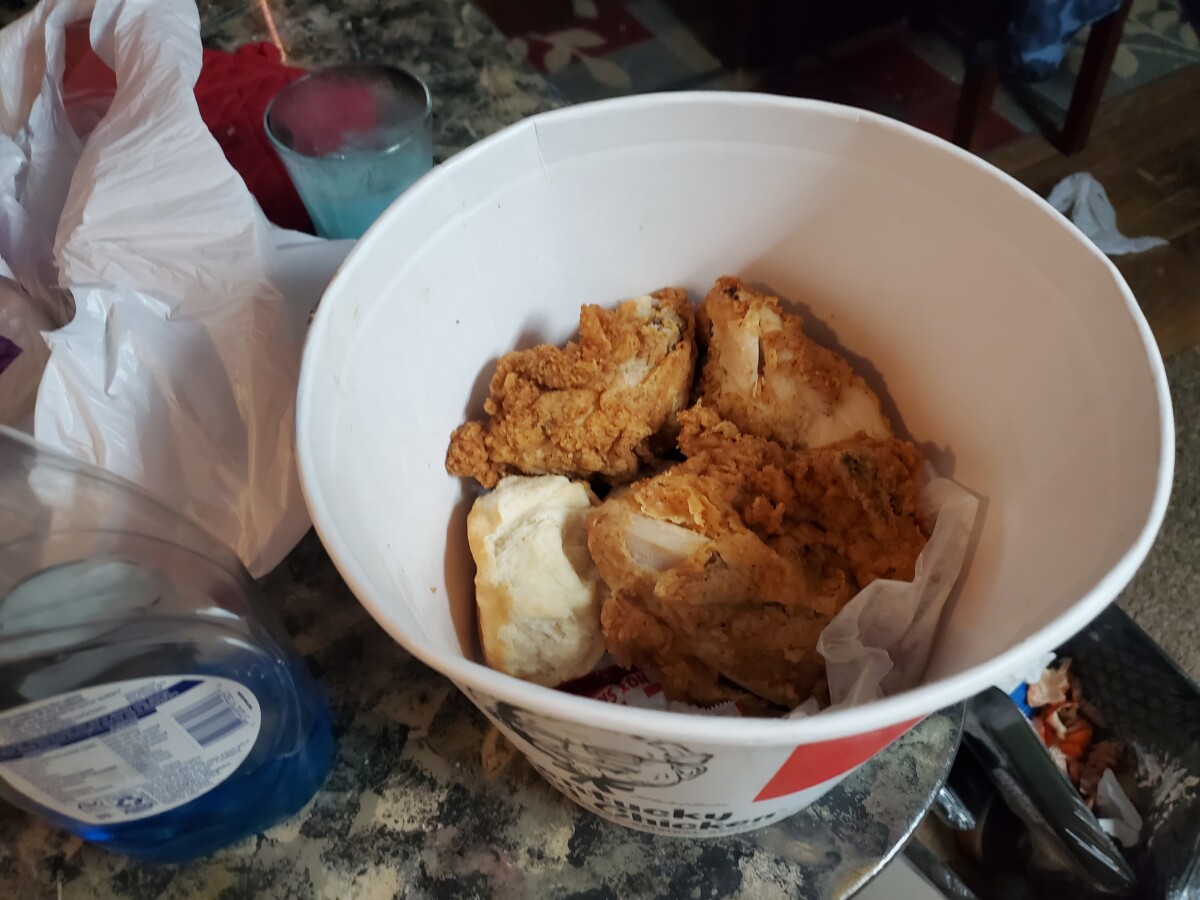 I got extremely sick from eating one cookie from “Tate’s bake shop walnut chocolate chip cookies from here”. I order grocery delivery as I always do and I should have known when they gave me the cookies with walnuts instead of the kind I choose and paid... See More for which was regular chocolate chip cookies well I ate 1 and thought this taste different it was the thin crispy kind so I figured maybe that’s why but it also had a different smell and I thought maybe because it’s the walnuts mind you I’ve never ate this kind only the chocolate chip kind so something said look at the date not thinking the would deliver something so old the cookies were expired Sept 22,2022 it’s Oct 30,3022 that’s a month and 7 days old how I felt nauseous soon after eating the first cookie and tried to give my stomach a second but I couldn’t my body reacted I vomited 3 times and is unable to eat anything because of stomach cramps I think I have food poisoning from the old chocolate and walnuts | Symptoms: Nausea, Vomiting, Cramps See Less 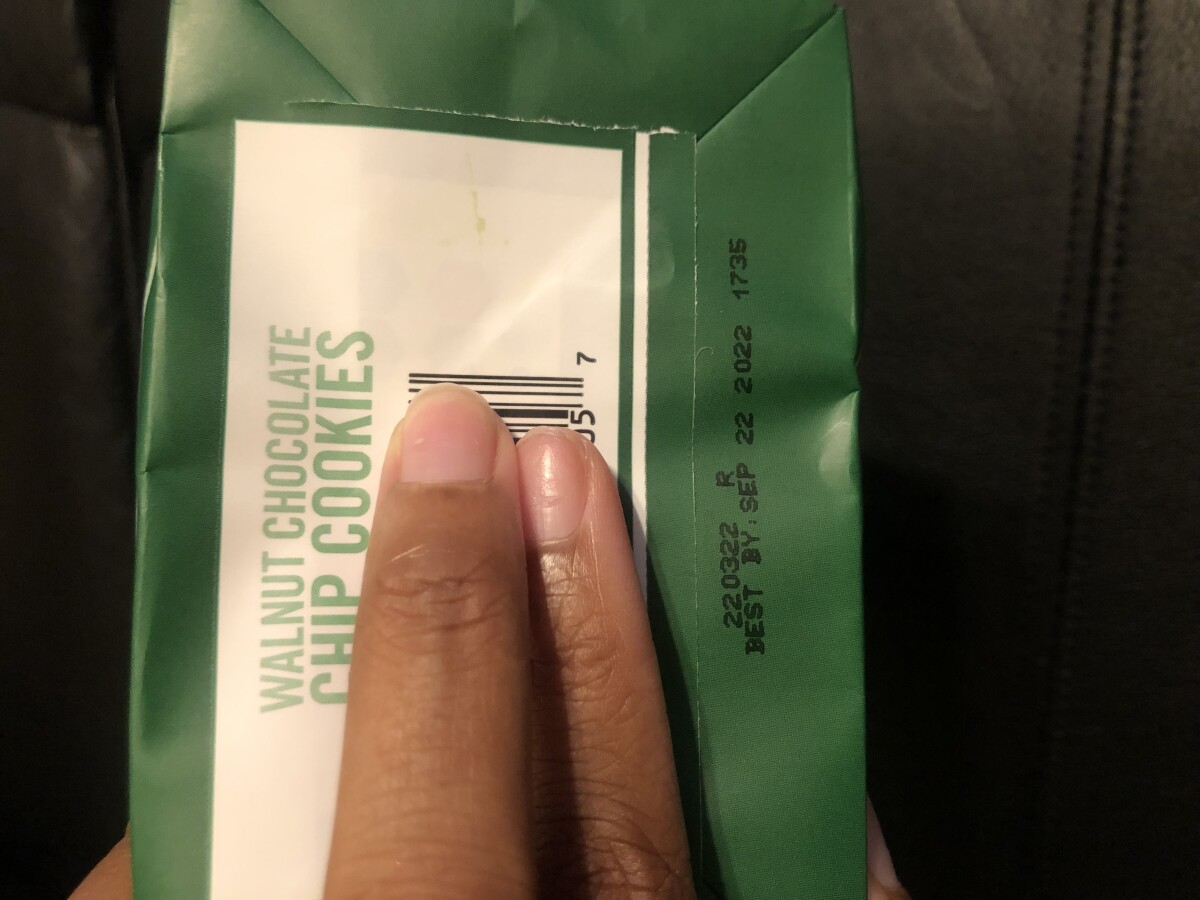 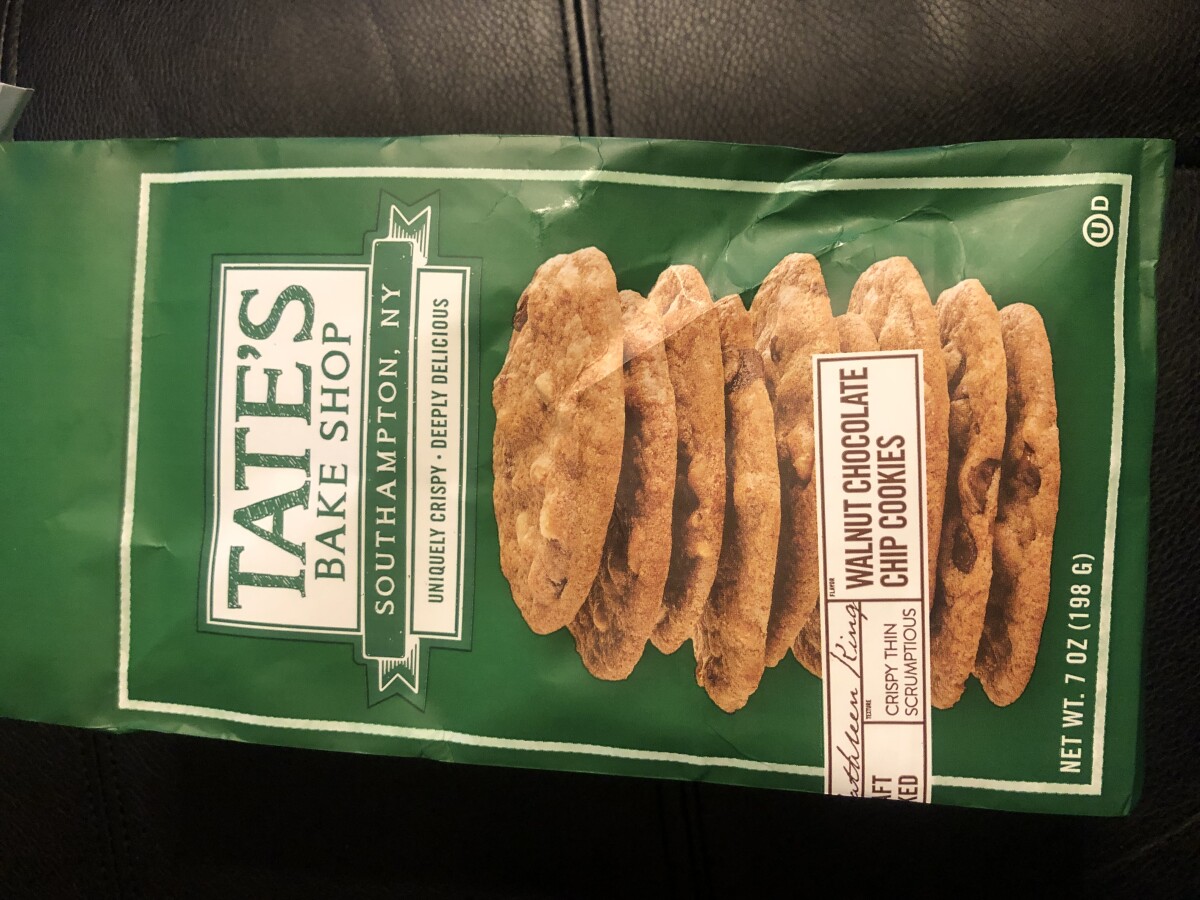 Purchased 3 Double Whoppers with cheese yesterday afternoon.... approximately 5pm, 30 October 2022....
Came home and noted the burgers had a strange tomato sauce on them.... thought nothing of it and assumed it was a new dressing. 6 hours later my body went from hero to 0....... See More nausea, vomiting, diarrhoea in the worst forms.... the other two have complained of slight diarrhoea today. I have a picture of the burger should one be needed.
In hind sight we should not have eaten the burger. | Symptoms: Nausea, Diarrhea, Vomiting See Less 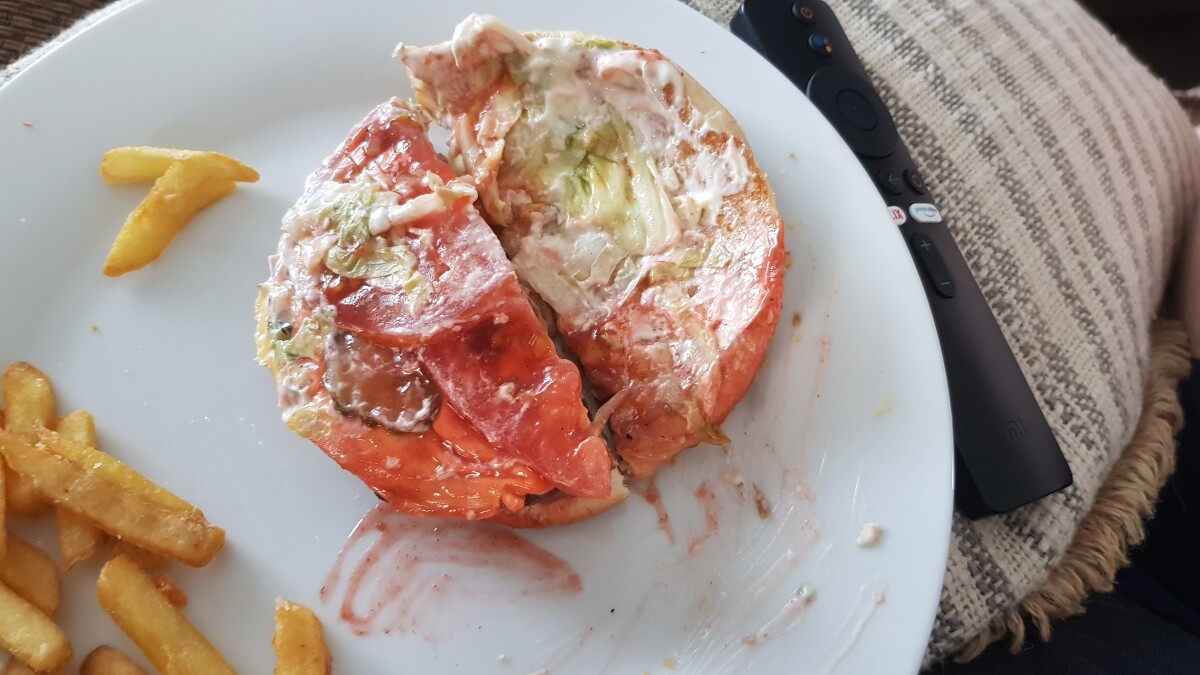 The CFIA announced the recall of Sélection du Pâtissier Lemon and Poppyseed Poundcake by Hafner Canada Inc. due to pieces of plastic. The recalled product was sold in Nova Scotia, Ontario, and Quebec.

Do not use, sell, serve or distribute the affected product.

In case you experience harm from extraneous materials, it is important to report it. It can help to detect & resolve issues and prevent others from being harmed, and it enables better surveillance. If symptoms persist, seek medical care. 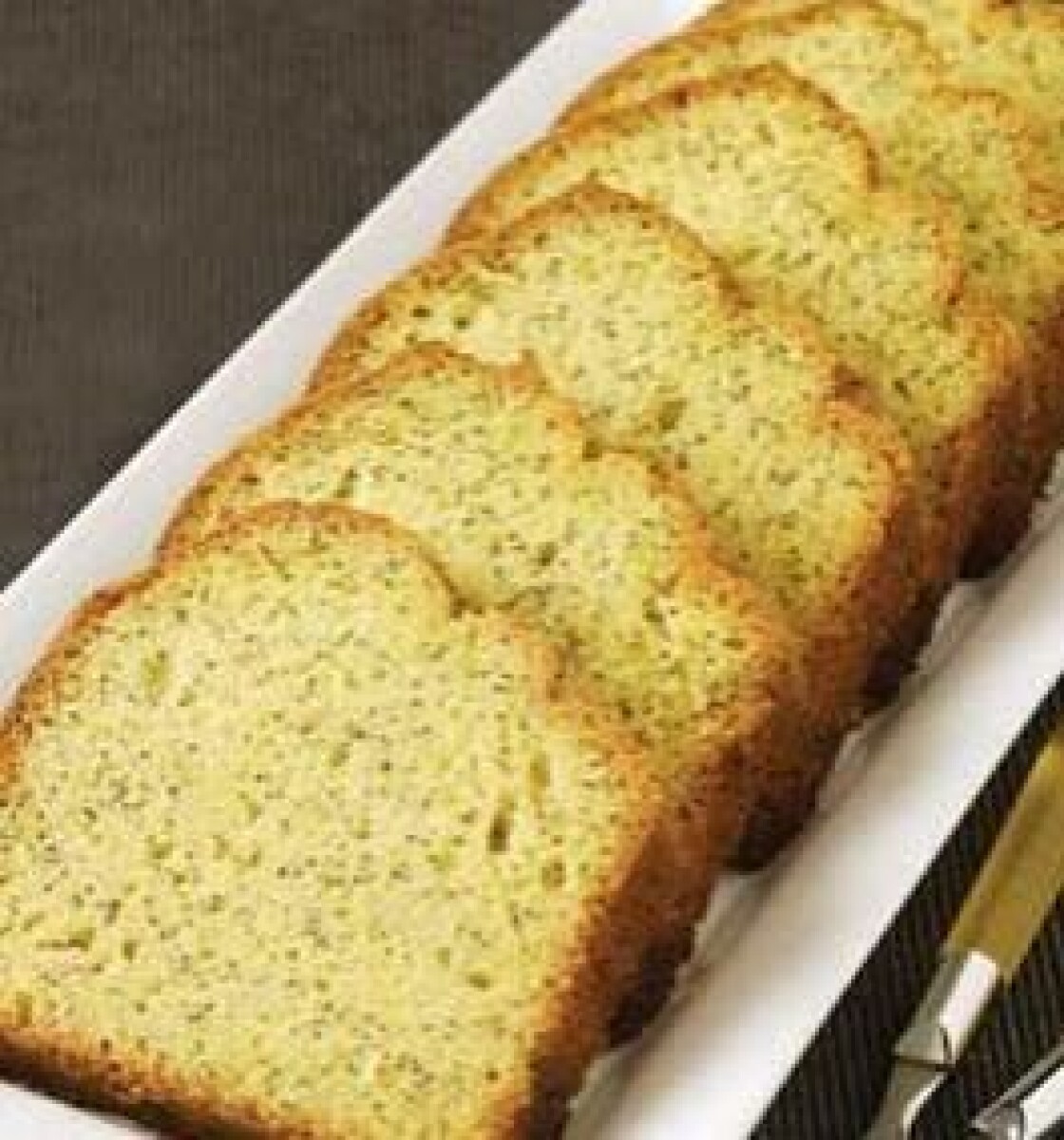 Their potato soup brand from here. I ate it last week and then the next day I was sick to my stomach throwing up for the entire day and now my husband ate it last night and is having the same symptoms. | Symptoms: Nausea, Vomiting See Less 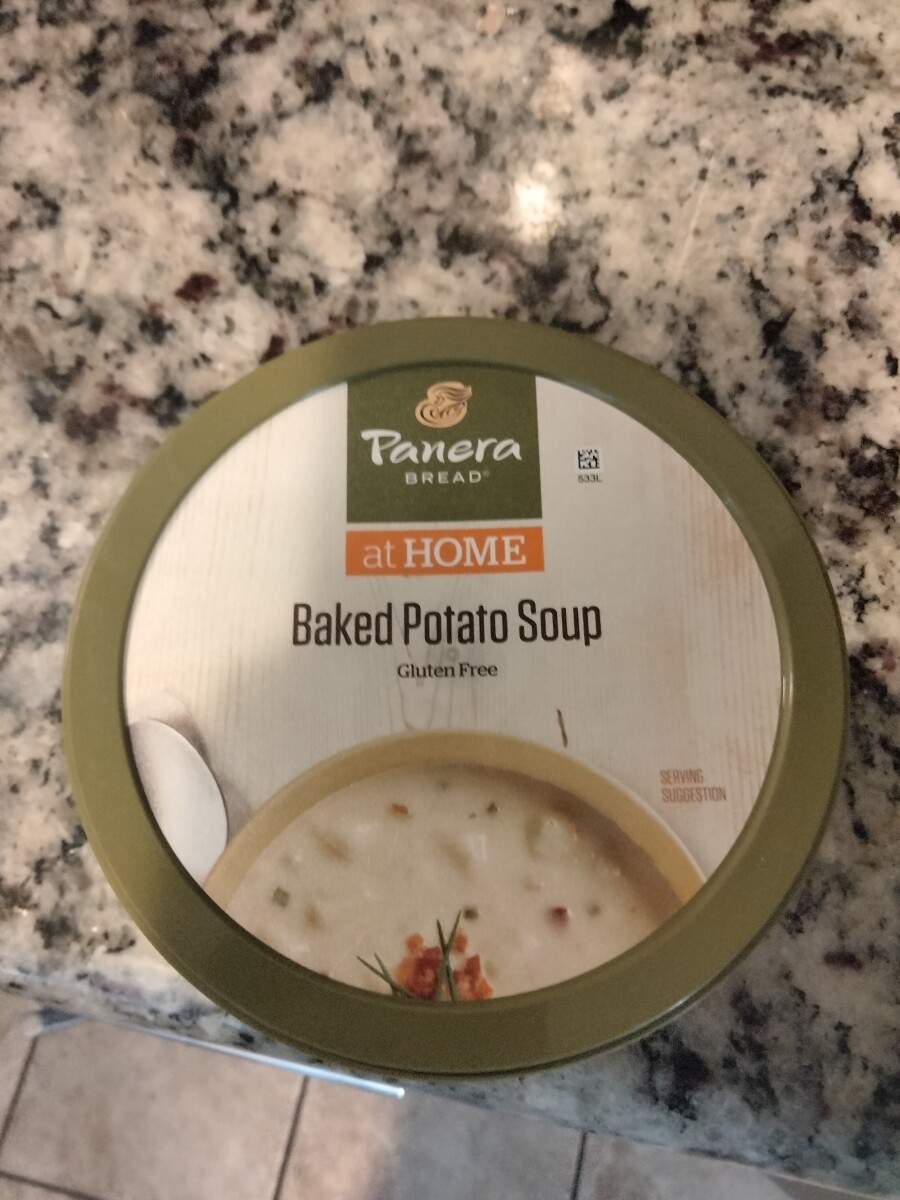