Food poisoning from KFC in Mongolia

IWasPoisoned.com has identified a total of 67 people who are suffering from food poisoning after eating at Kentucky Fried Chicken in Ulaanbaatar, Mongolia. Those who have fallen ill are from 17 separate parties who have reported their cases to our platform between Feb. 11-18, 2019. 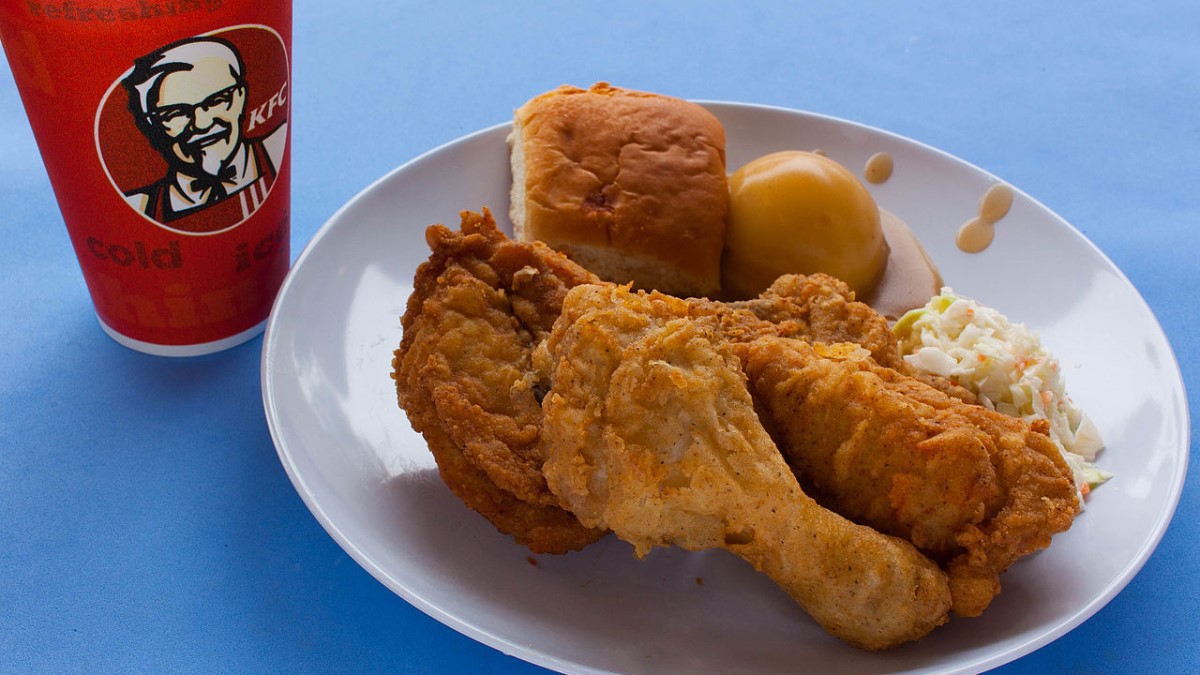 The company is an American chain headquartered in Louisville, Kentucky, that specializes in fried chicken and has roughly 20,000 locations globally in over 100 countries.

News.MN in Mongolia is reporting that 116 people are sick in this outbreak, with 37 undergoing treatment at the National Centre for Communicable Diseases and 79 people being treated at home.

On person who submitted a report to IWasPoisoned.com says their three children are suffering from stomach pains and are taking a common antibiotic. If that does not help, the family plans to go to the hospital.

Another outlet, News.CN is saying the Specialized Inspection Agency of Ulan Bator has temporarily suspended operations of all KFC locations in Mongolia to carry out inspections.

According to the World Health Organization, significant incidents of foodborne illness and food contamination have occurred in Mongolia in recent years. They also mention that the food safety management systems, regulatory framework and capacity for inspections and research should be strengthened.

“I purchased garlic parm boneless wings from them. I ate 5 and it was okay. I then ate 5 more and about 1 - 2 hours later ,my stomach was very bloated, I felt nausea and pain in stomach. I took tums but it did nothing. About 1/2 hour later,... See More I brushed my teeth then I felt I was going to vomit. Everything I ate came right up. I felt better. Still felt blah afterwards but the nausea went away.
My husband didn't get sick but he had hot wings with bone in.
” 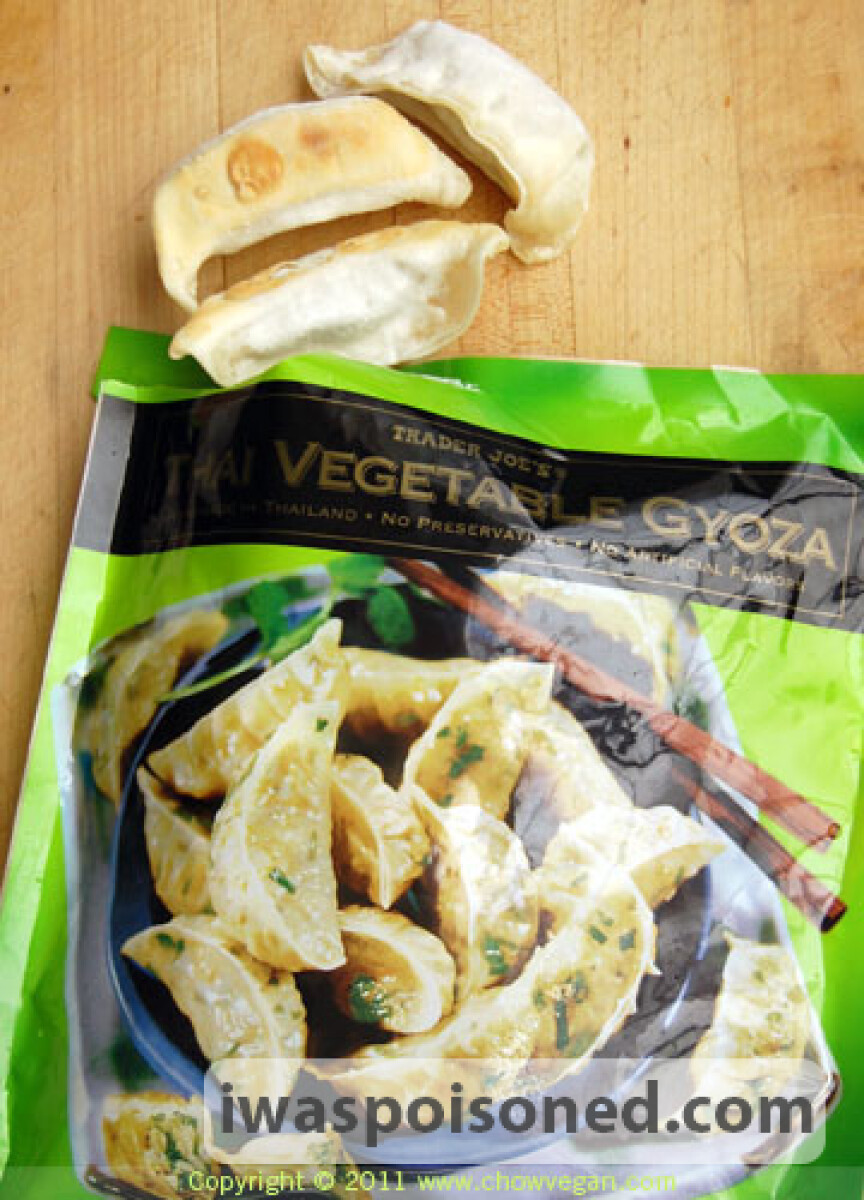 “I ordered a combo plate of Chinese food from a local Chinese restaurant, with fries on the side. The delivery person took a long time to get here almost an hour, when the expected delivery was 30-45 mins. When he dropped off the food I noticed the French fries box... See More was opened, instead of closed. I ate most of the food. The following day I felt very sick in my stomach and nauseous, and also had diarrhea. I won’t let this go unnoticed!! Restaurants need to securely wrap their food orders so that the delivery person doesn’t grab the food. I gonna have to deal with this stupid sickness for like 2 days, interfering with my schedule. ” 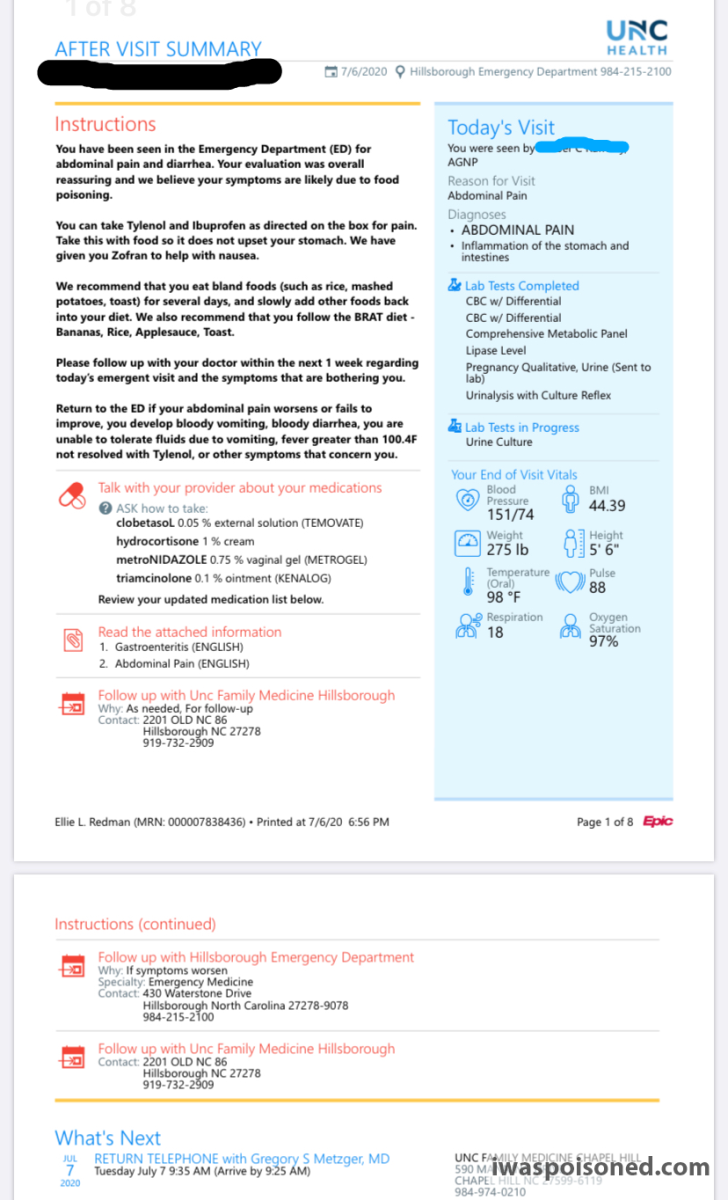 “I ate it at 12pm on Sunday 7/5/20 symptoms started about 5 hours later. I was bloated, I had diarrhea and started cramping. Woke up today with severe abdominal pain to the point I had to be admitted to the ER. To my knowledge one other person got sick after... See More eating there Friday 7/3/20 she was vomiting and had diarrhea  ” 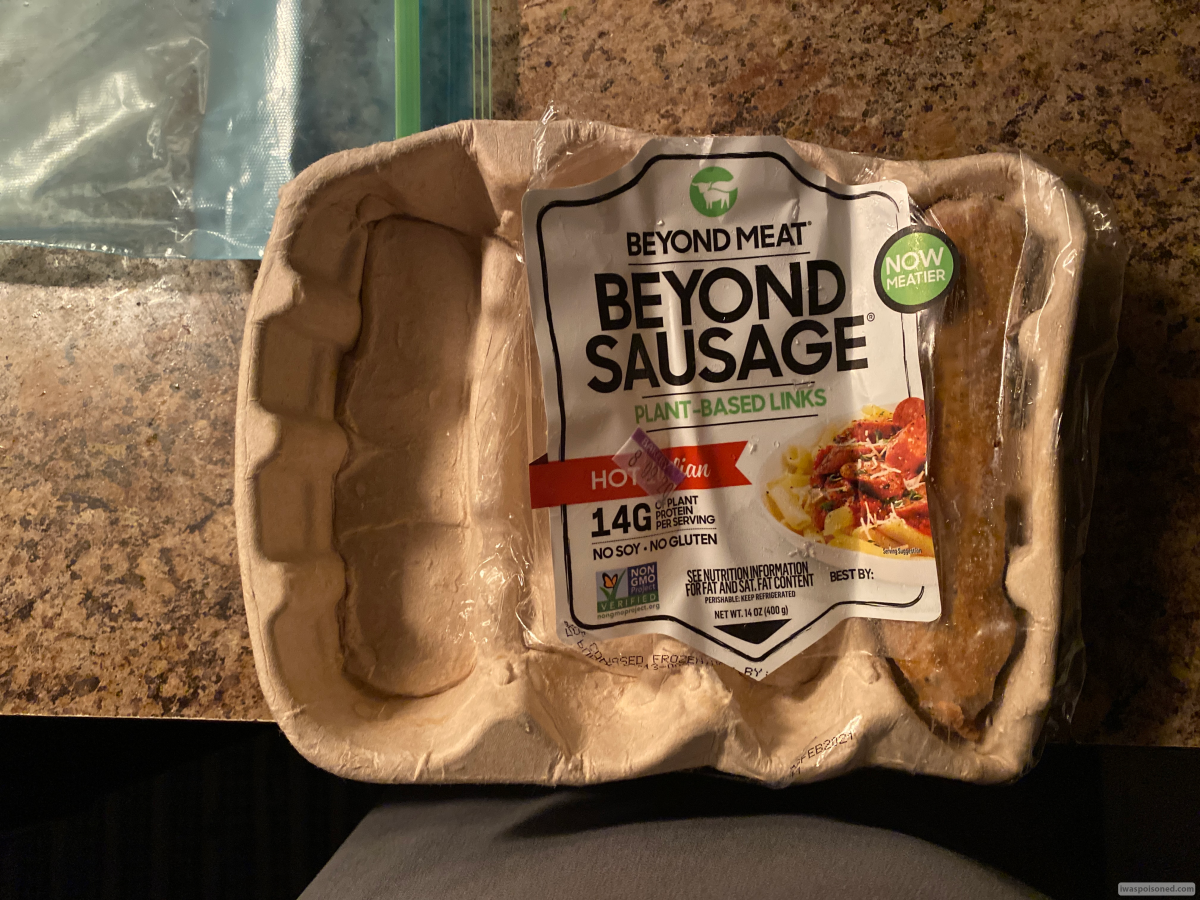 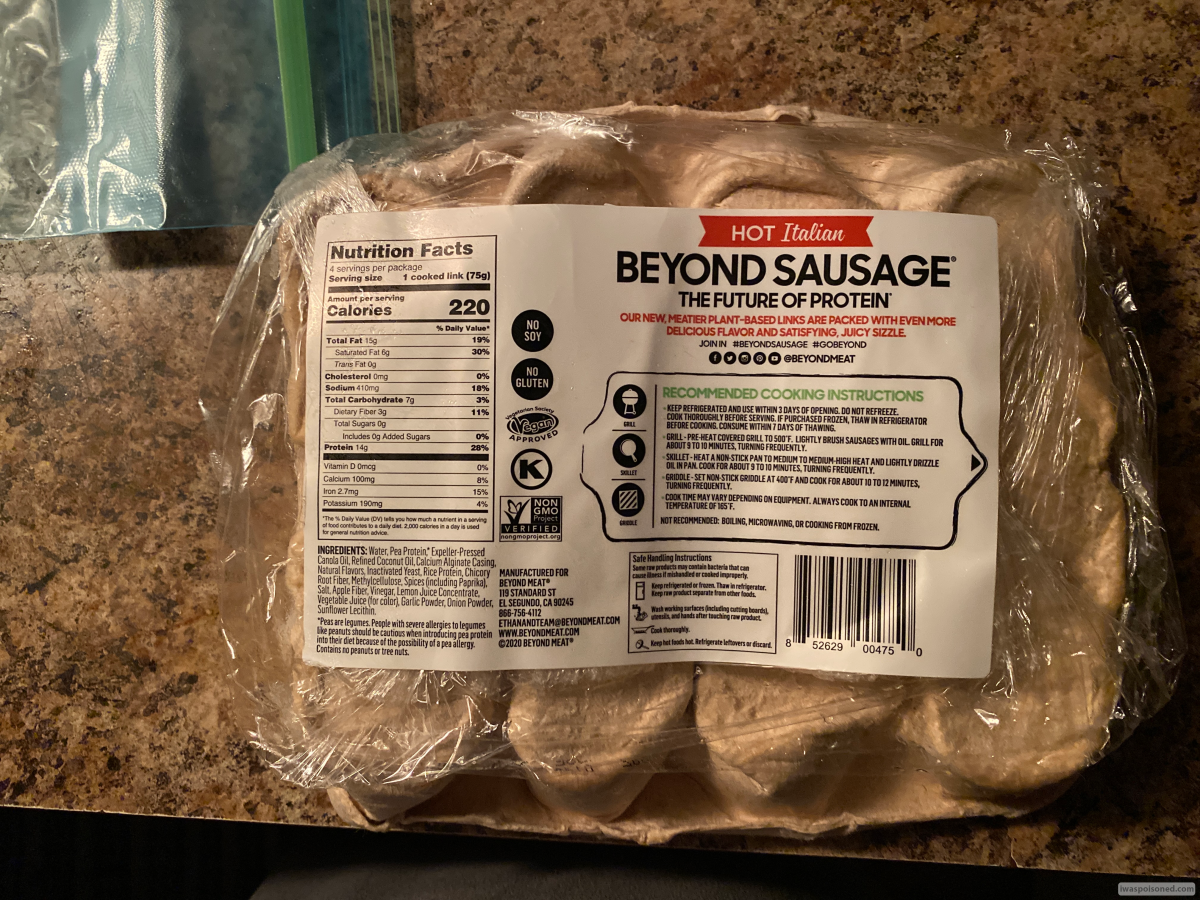 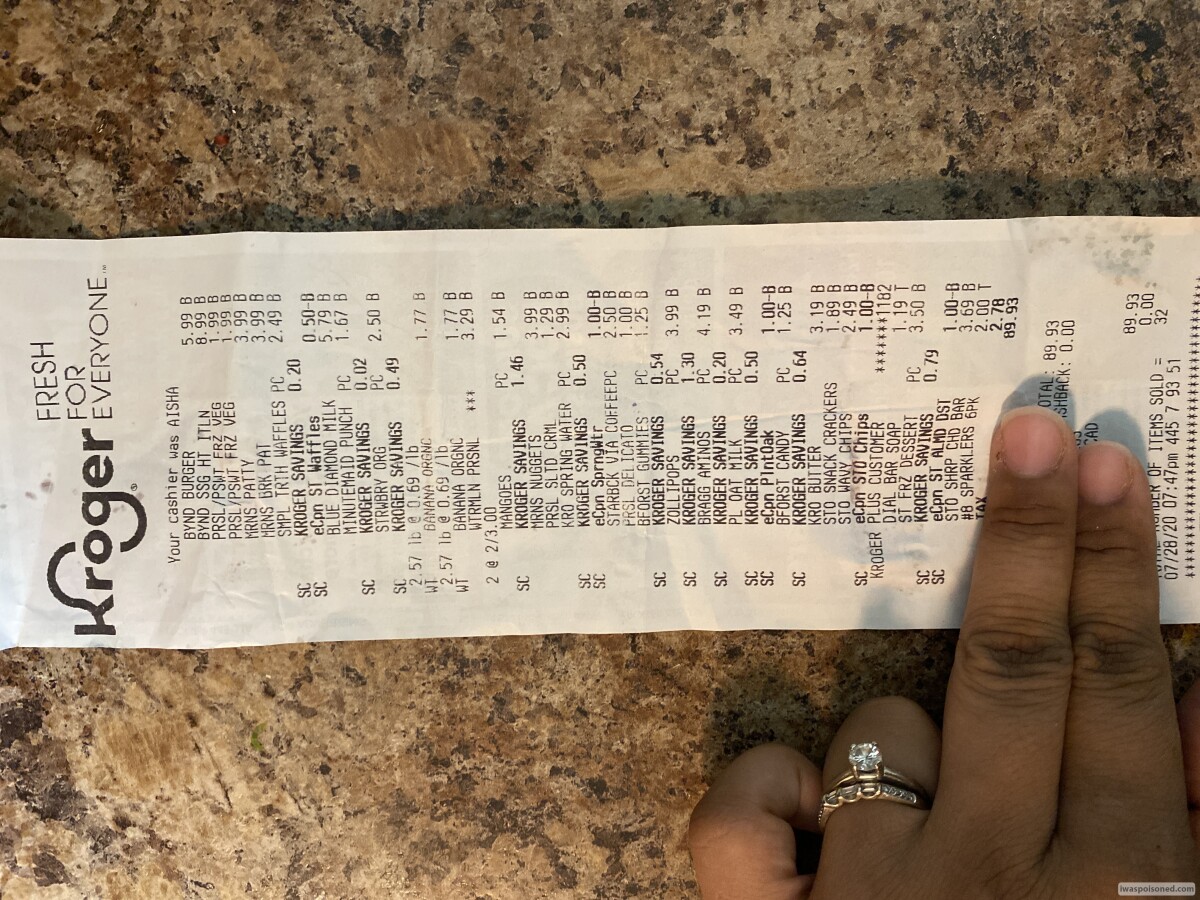 “A couple hours after eating the Italian sausage I got the worst migraine headache. I was nauseous and threw up. ” 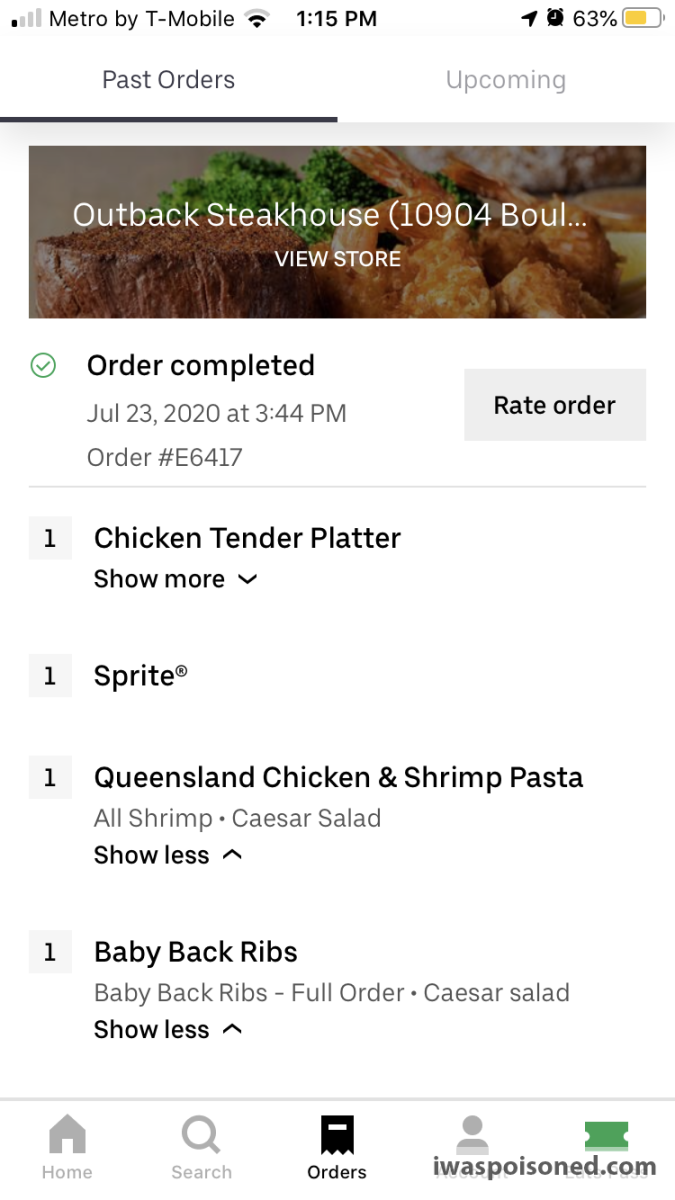 “On July 23, 2020, I ordered a chicken platter, Queensland Chicken & shrimp pasta, & full rack baby back ribs. I have had nausea and diarrhea going on 3days now. ”

“I had a meatball sandwich it made me very sick. Still feeling sick now. Been back and forth to the bathroom for two days  Me and my girlfriend. She got sick the same night soon after she ate her sandwich. She didn’t even eat all of it cause it made... See More her stomach upset. I woke up a couple hours later felt like I was getting stabbed in my stomach  ”