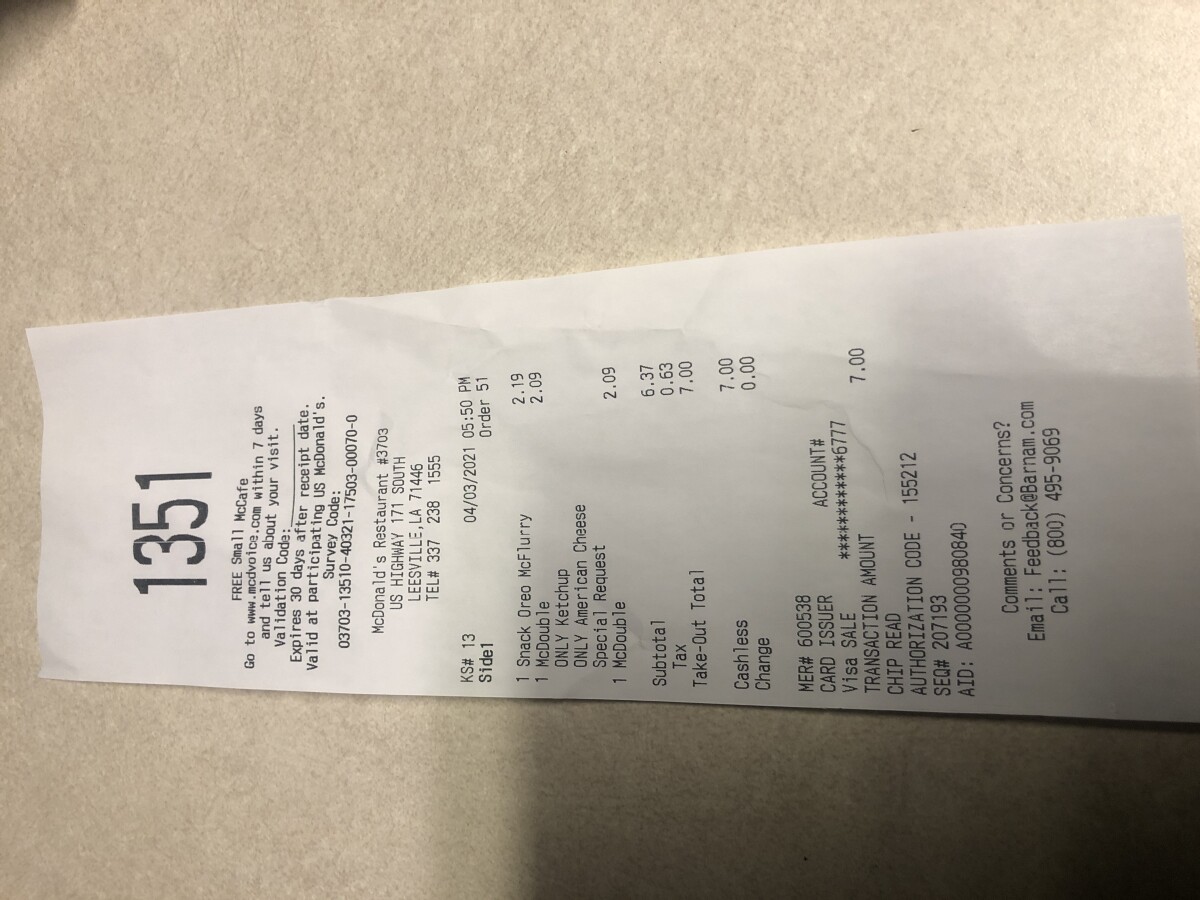 “coleslaw I ate my food and ten minutes I threw up and constantly went the rest room. Stomach had sharp pain and strong headaches. Went to s*ck call and got some medicine. 少看”

“Woke up at 9 with extreme diarrhea after eating Captain D’s tilapia dinner at about 4:30 that same afternoon. 少看”

“I visited Checkers for dinner on Monday(1/6/18) a little after 5pm. I purchased my favorite item off their menu(the spicy chicken sandwich meal) along with a large vanilla shake. There was nothing that stood out while eating the sandwich, but I did notice the fries had a weird taste so I decided not... 查看更多to finish them. Roughly 2 1/2 hrs later I experienced indigestion and then became extremely gassy. After a visit to the bathroom I assumed all was well;unfortunately I was sadly mistaken. The gas continued so I decided to just go lay down in the bed and see if it will pass. Around 12:30 am on Tuesday I woke up with the urge to vomit. I spent several minutes in the bathroom vomiting while also having diarrhea. I felt a little better after this and decided to head back to bed. This feeling did not last long. I woke up yet again at 4:30am with the urge to go again. This visit to the bathroom was far worse and I felt extremely weak. I could not take care of myself or my 2 month old baby. I’m officially done with fast food for now. My birthday was spent recovering from food poisoning. I didn’t eat for more than 24 hrs after this occurred. I’m now on antibiotics(which has helped a ton) to get me back together. 少看”