The DHHS Office of Epidemiology of Nebraska has received reports of 14 suspected or confirmed norovirus outbreaks among long-term care facilities, skilled nursing facilities, childcare centers, and schools since march 1, 2021. The norovirus season typically peaks from December to March, and begins to decline in April, but for this time of year, it has been unusually high.

Norovirus is the most common cause of acute gastrointestinal disease in the United States. It is very contagious and can be contracted from an infected person, contaminated water or food, or even a contaminated surface.

The DHHS of Nebraska advises:
- Long-term care facilities, assisted living, and skilled nursing facilities should restrict ill residents from leaving their room until 48 hours after their symptoms resolve to reduce the risk of further spread (unless it is for essential care or treatment). Consider suspending group activities for the duration of the outbreak. Exclude ill staff, especially those with patient care and food handling responsibilities, until 48 hours after symptoms resolve to help reduce further spread. Staff who work at multiple healthcare facilities should eliminate or minimize inter-facility movement during the duration of the outbreak. Additionally, enforcing exclusion policies for visitors will help prevent further spread.
- Childcare centers and schools should educate staff and children on proper hand hygiene. Facilities should assist younger children with washing their hands after using the toilet and before eating. Any staff, childcare attendee, or student with symptoms of norovirus infection should be sent home and not return until 48 hours after symptoms resolve to help prevent further spread.
- Environmental surfaces should be disinfected using a chlorine bleach solution with a concentration of 1,000-5,000 ppm (5-25 tablespoons of household bleach [5-8 %] per gallon of water) or other disinfectants effective against norovirus.

Any facility with two or more suspected norovirus ill persons within 72 hours should report the suspected outbreak to their local health department.

“sushi I was the only one to get sick I had a spicy tuna roll and another raw fish one I cant remember the name to I started to feel sick last night but noting like today. Today it feels like I got stabbed in the stomach ive been super nauseous and my diarrhea is really watery. It happened after I at... See Moree sushi yesterday been sick all day and all night. I will email the transaction my wife mother paid for it. See Less”

“I ate the chicken sandwich and felt like crap the next day. See Less”

“I ate the big box combo fries and slaw about 1 pm went to a doc appt.started feeling fatigue and nasea not exactly sure what it was the chicken?coldslaw?coleslaw? Later in the evening diareah started and more fatigue and chills and sweating till the next day 24 hrs See Less” 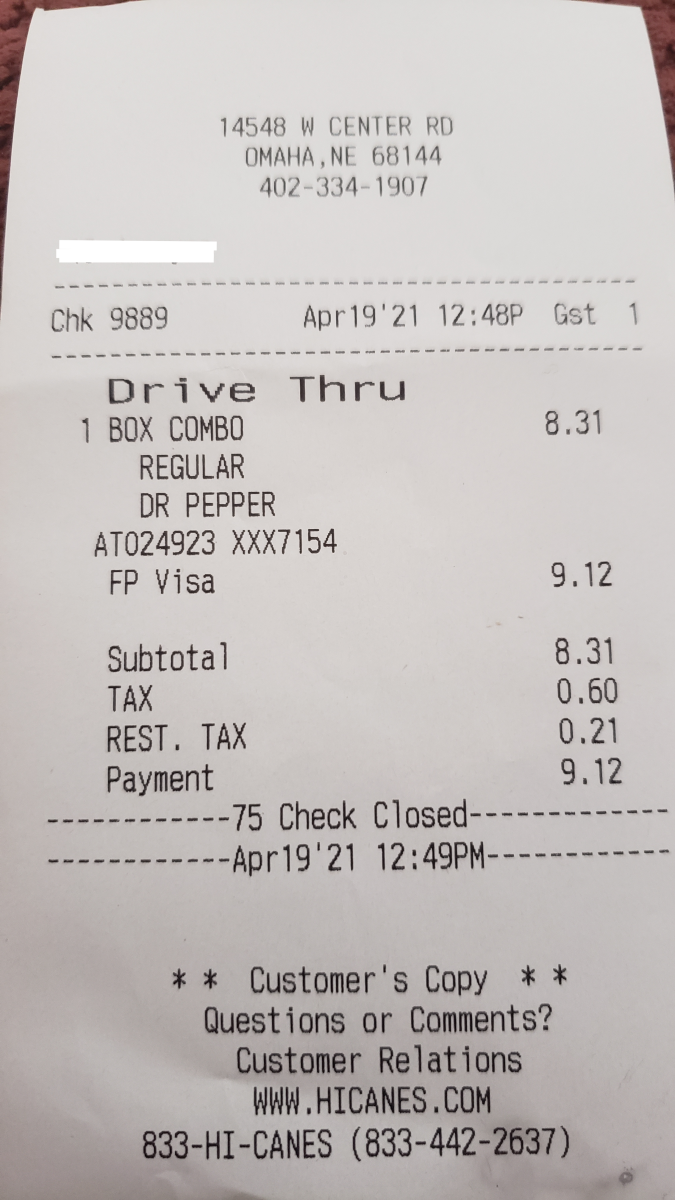 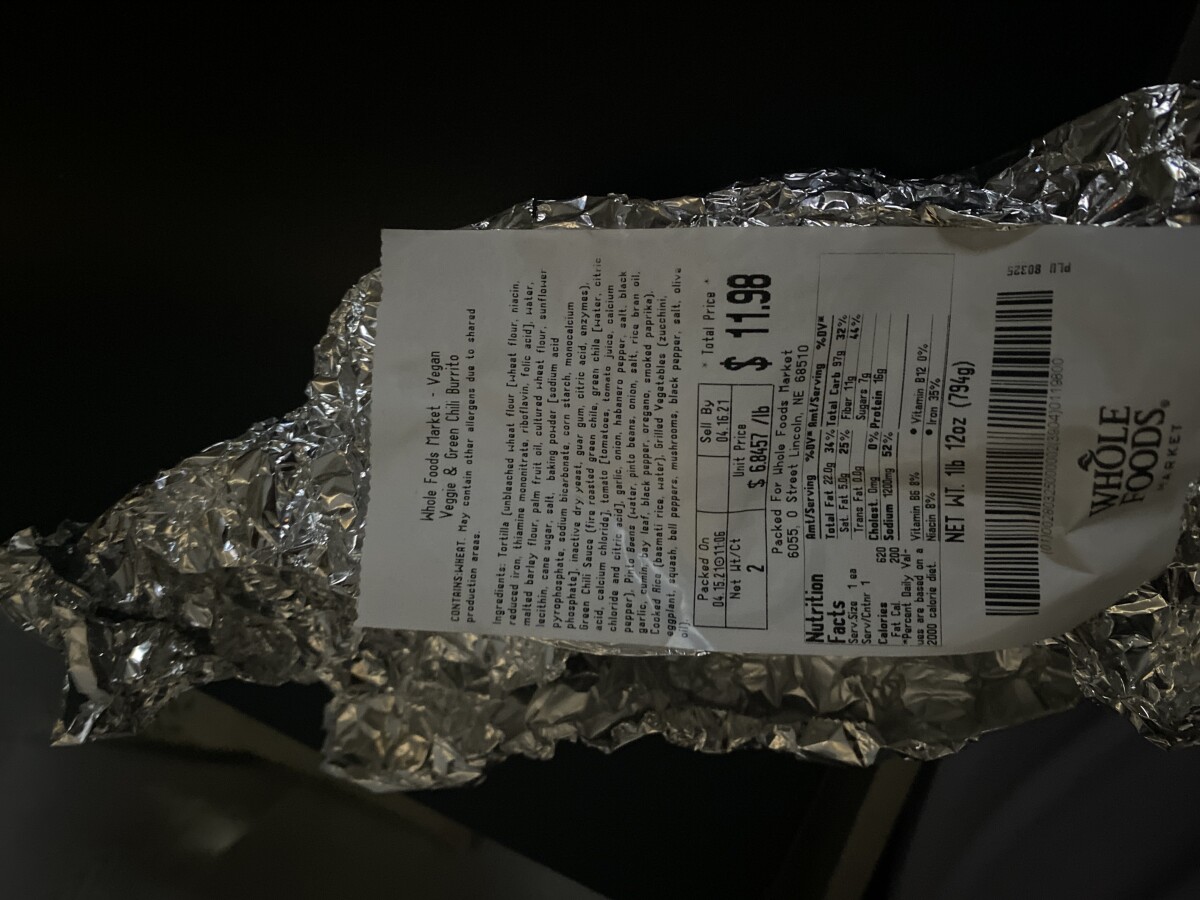 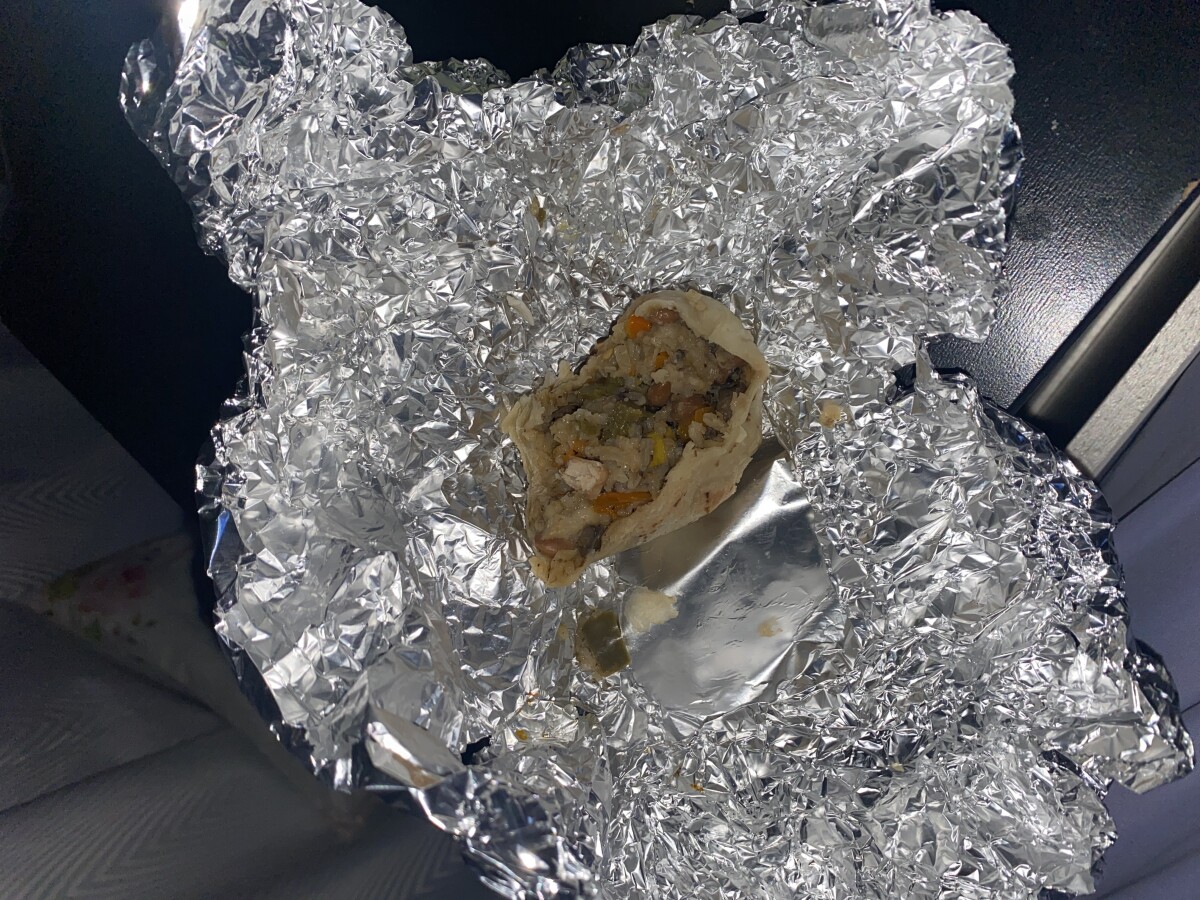 “McChicken. Me and my three children at around 5pm today. Me and my two kids threw up and got sick. My other kid is filling okay. See Less”

“I went there on April 10th. My partner got 2 bean burritos and I decided I wanted to try the chicken sandwich. The lady said the chicken sandwich would take a little bit because they were still cooking the chicken fillets and I said that would be fine. We waited for our food and the sandwich was goo... See Mored but I thought it was a little moist. I didn't pay any mind to it though and went back home after making some more stops in York. That night I started feeling nauseous and started to have bad diarrhea. Further into the night at around 9 pm I started getting a fever and fell asleep for a bit over 12 hours minus the times getting up to use the restroom. It is currently the 11th of April and my fever isn't as bad as it was last night but I still have nausea, diarrhea, and aches all around my body with the fever only coming back every so often. See Less” 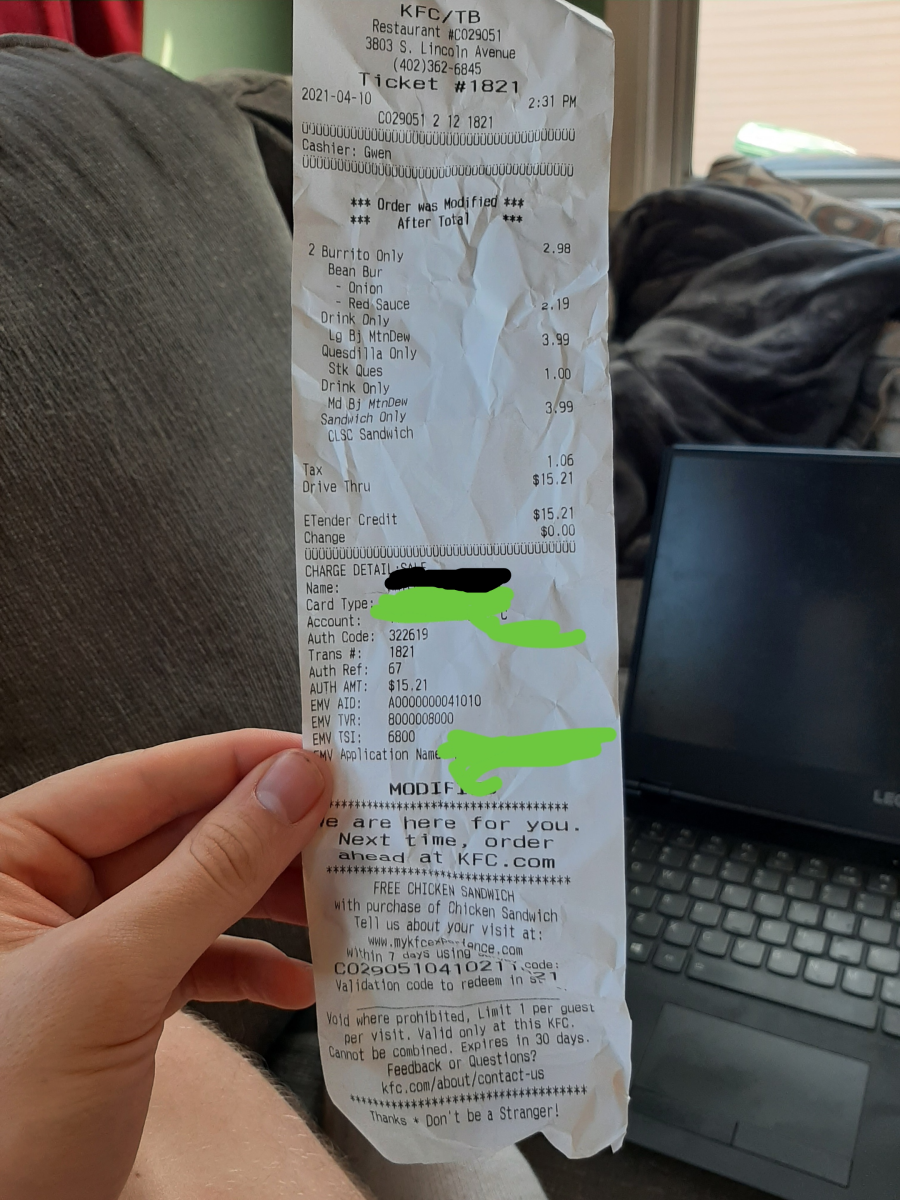 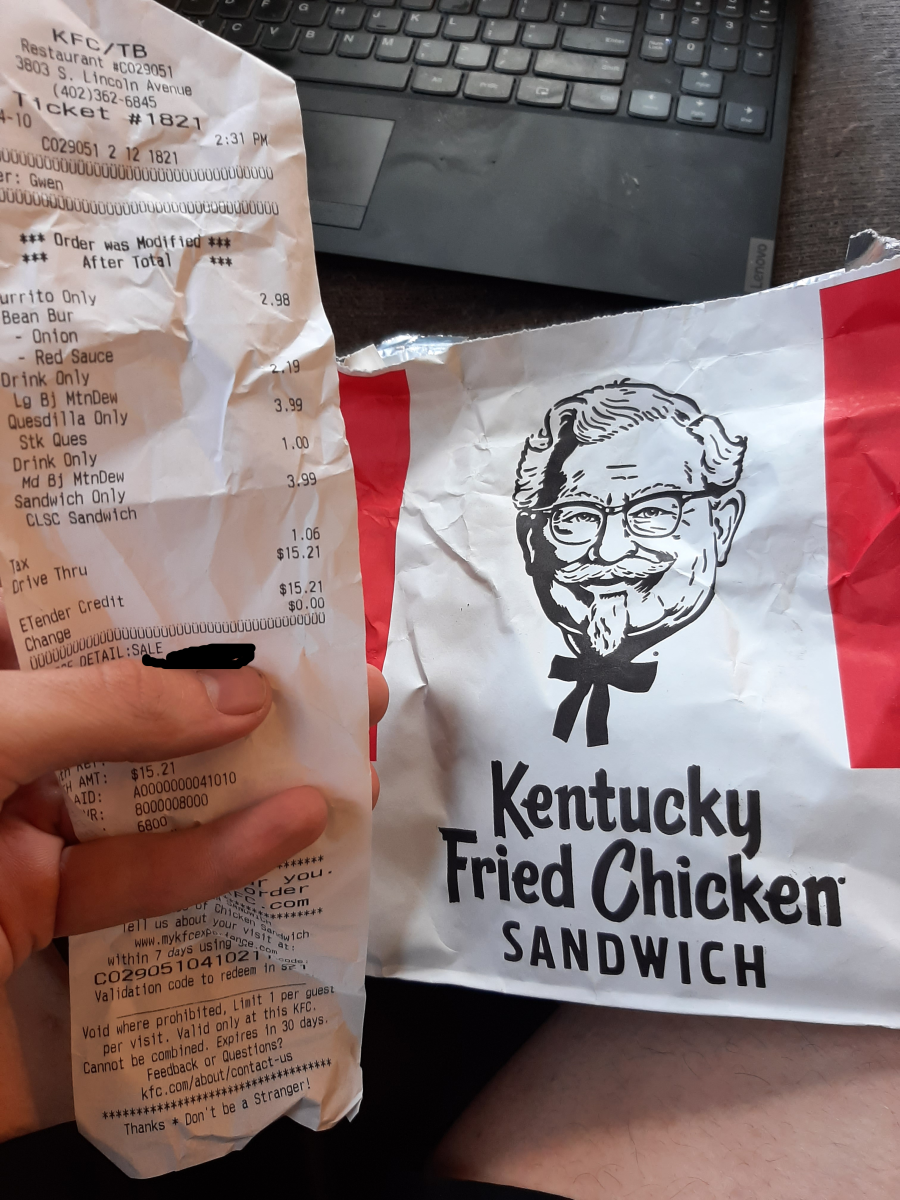 “My husband had the Reuben Sandwich and tomato soup. I also had the tomato soup but with a salad. By evening he was eating Tums; by 2:00 am was sick all throughout the night. See Less”

60. Previous core violation corrected
- comments: previous core violation not corrected from 7-28-2020, report#2385417 #47)4-201. 11 noted rusty and dirty shelves inside walk-in coolers. Instructed to detail clean and/or replace. #55) 6-201. 11 instructed to clean and maintain floors along wall base and underneath equipment, especially underneath cooking equipment, inside cabinet underneath coffee station, and inside walk-in cooler. Priority foundation violation:7-42-090, no citation issued

“I had gotten a strawberry banana naked smoothie yesterday and I drank it around 5:30-6pm I shared the smoothie with my boyfriend and he right away started to get diarrhea. At around 3:00 am my stomach started to cramp really bad. When I woke up this morning at about 6:30 am I felt super nauseous and... See Morefelt like I had to throw up, my boyfriend went to work and at around 10:00 he went home sick throwing up with diarrhea. Both of us are throwing up with severe nausea and stomach problems along with a fever. Can’t keep anything down, not even water. See Less” 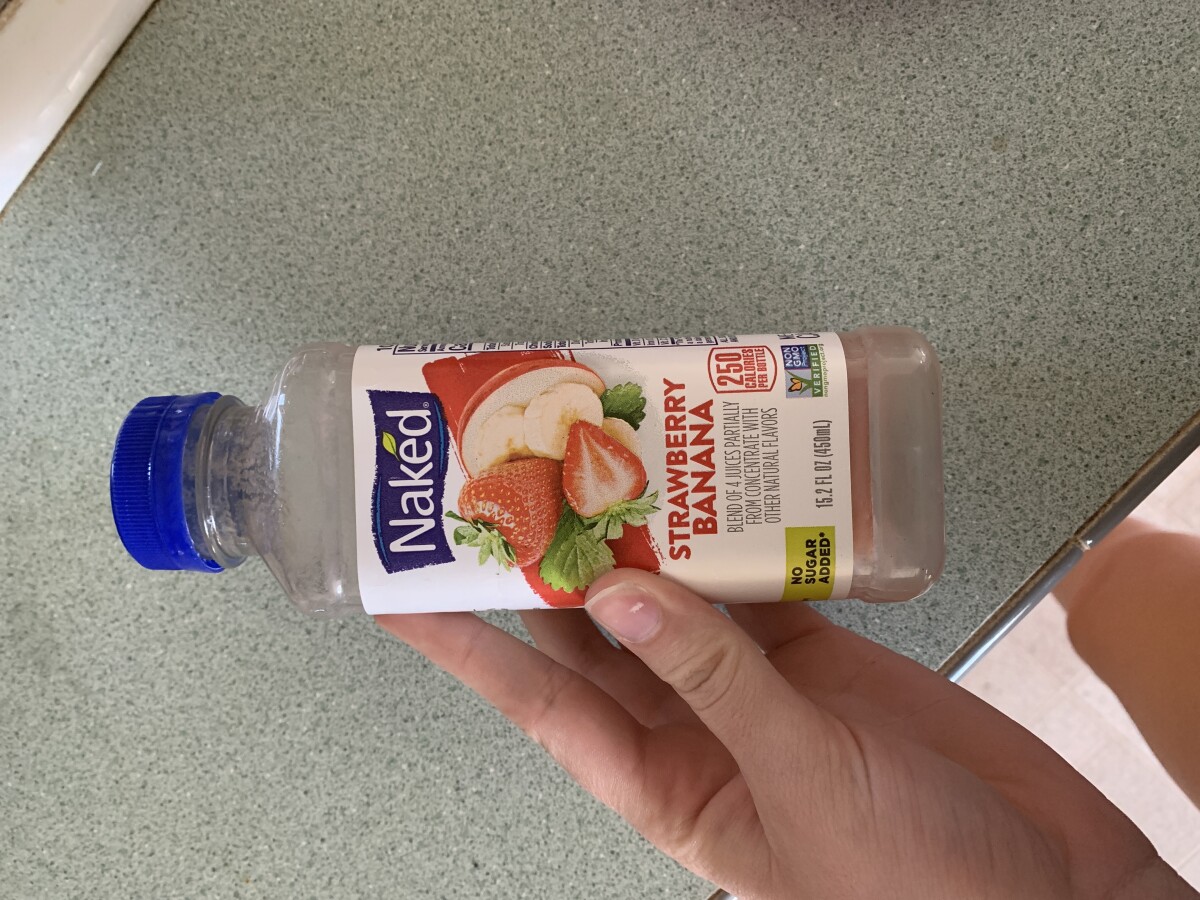 “Fresh tuna I got headaches and diarrhea immediatelt after eating freshly cooked tuna from the seafood section of this place. See Less”

“I ordered 2 loaded fries and after eating one order I noticed that it tasted a little old and smelled funny and gave me a night feeling to where my heart was beating fast and I thought I needed to call 911. I do not take drugs so this for sure is a serious matter. See Less” 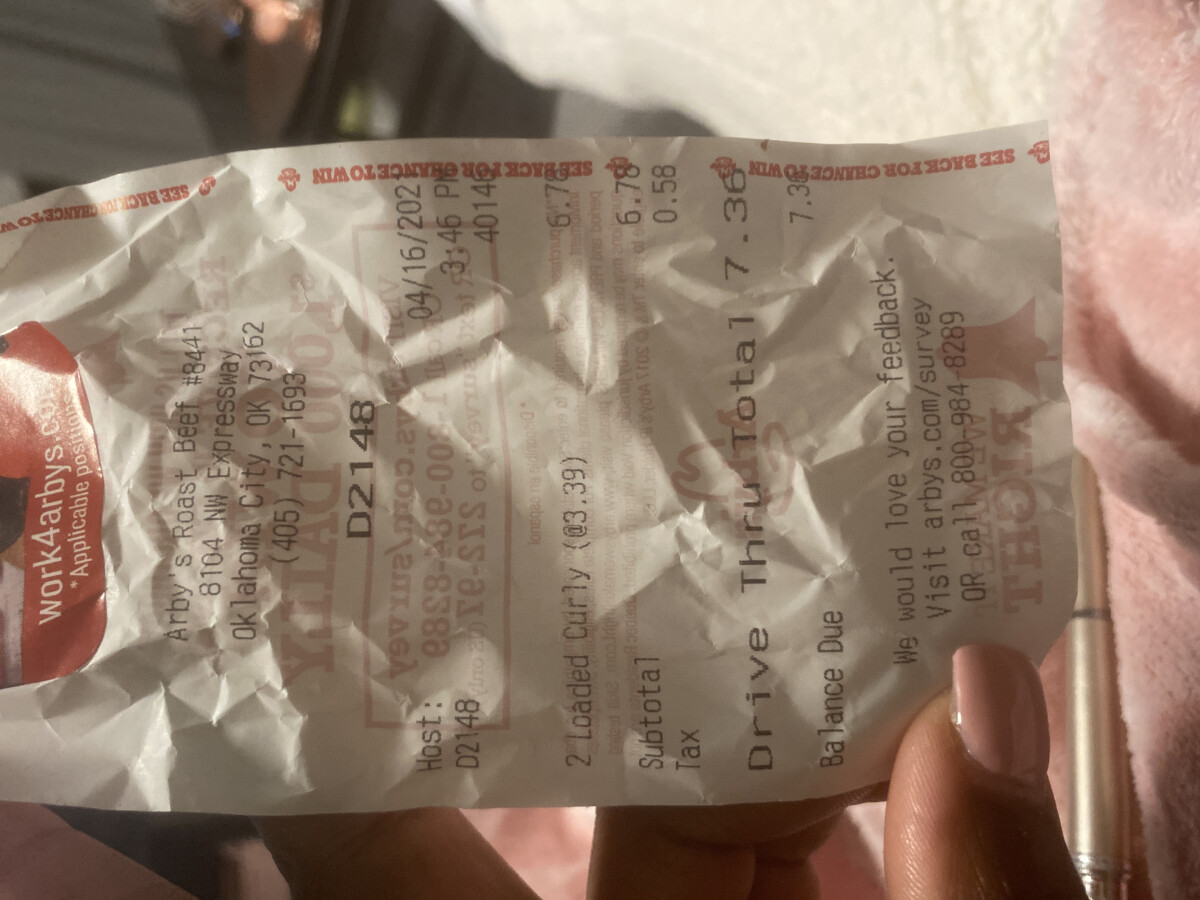 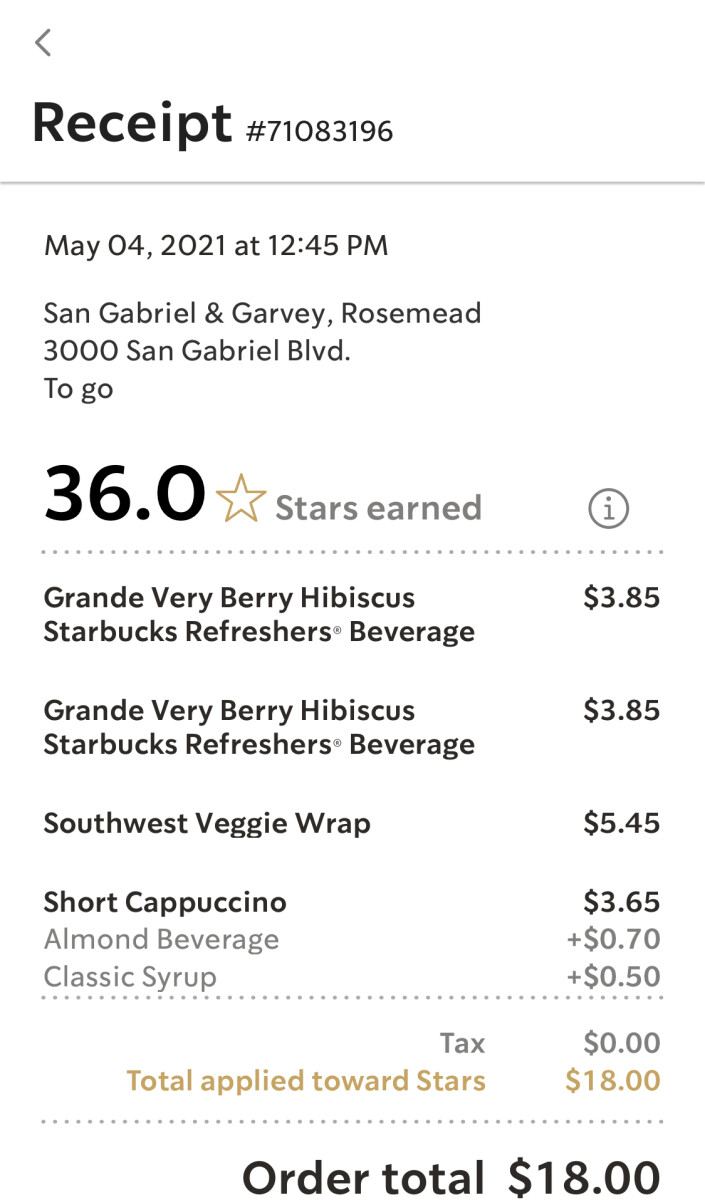 “Breakfast with White grapes and lunch there around 5pm with big Mac and a medium fries. Diarrhoea at 9.3pm. So disappointed. See Less”

“I think the soup. It was a chicken and gnocchi. Two others with me did not have soup and feel well. The soup was a cream based soup. Looking back to last nights service the soup was not hot it was served warm.  I was with two other people they did not have the soup and they are not sick I ate the so... See Moreup around  8:15 PM to 8:30 PM Looking back I realized that the soup was not served hot but was only warm. I had 2 bowls. I woke up feeling nauseous like I was going to vomit in the middle of the early morning 2:30ish At 10:30am I still feel stomach upset. Have taken 2 Tums.
Last night 4/26 2:30am  See Less” 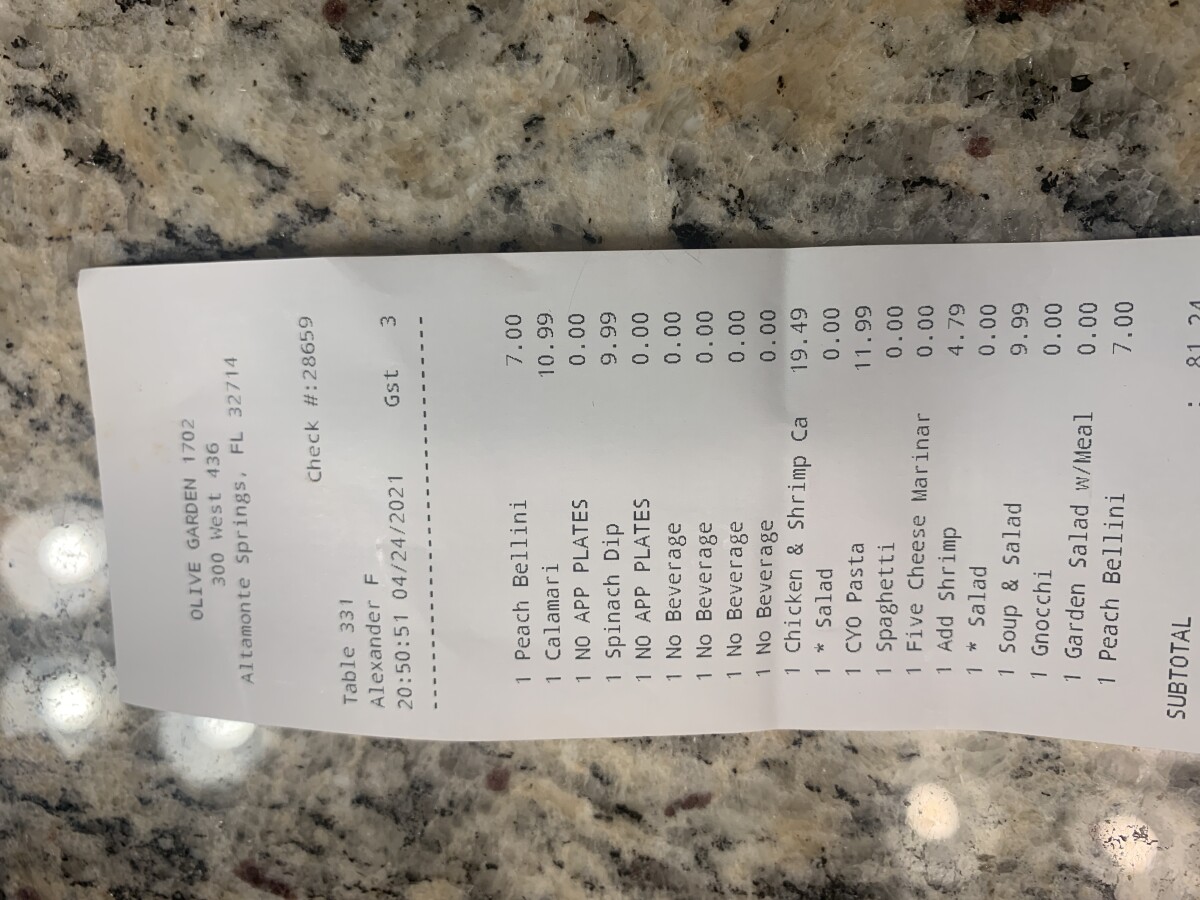 “I bought shin instant ramen from the this grocery store last month. This was the last pack (of 5) and I hadn’t felt sick when I ate the other 4. I started to feel while nauseous I was eating it. I finished it by 2PM. I thought it would subside, but the nausea worsened over the next hour. I tried to... See Moreeat dinner around 5PM, but I had trouble eating it due to the nausea. Around 5:30-6:00PM, having barely touched my dinner, I vomited. I still feel nauseous as of typing this (7:40PM). See Less” 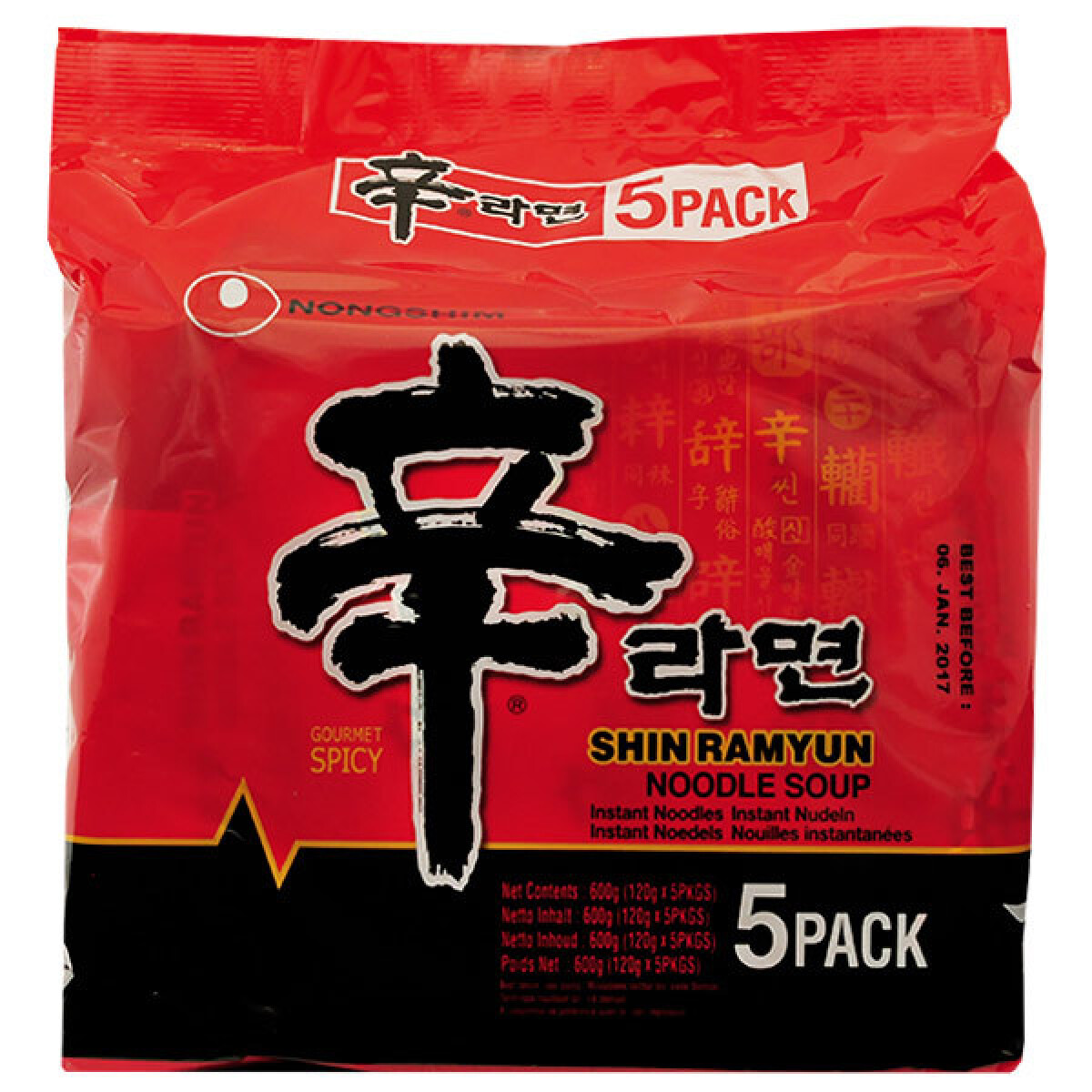 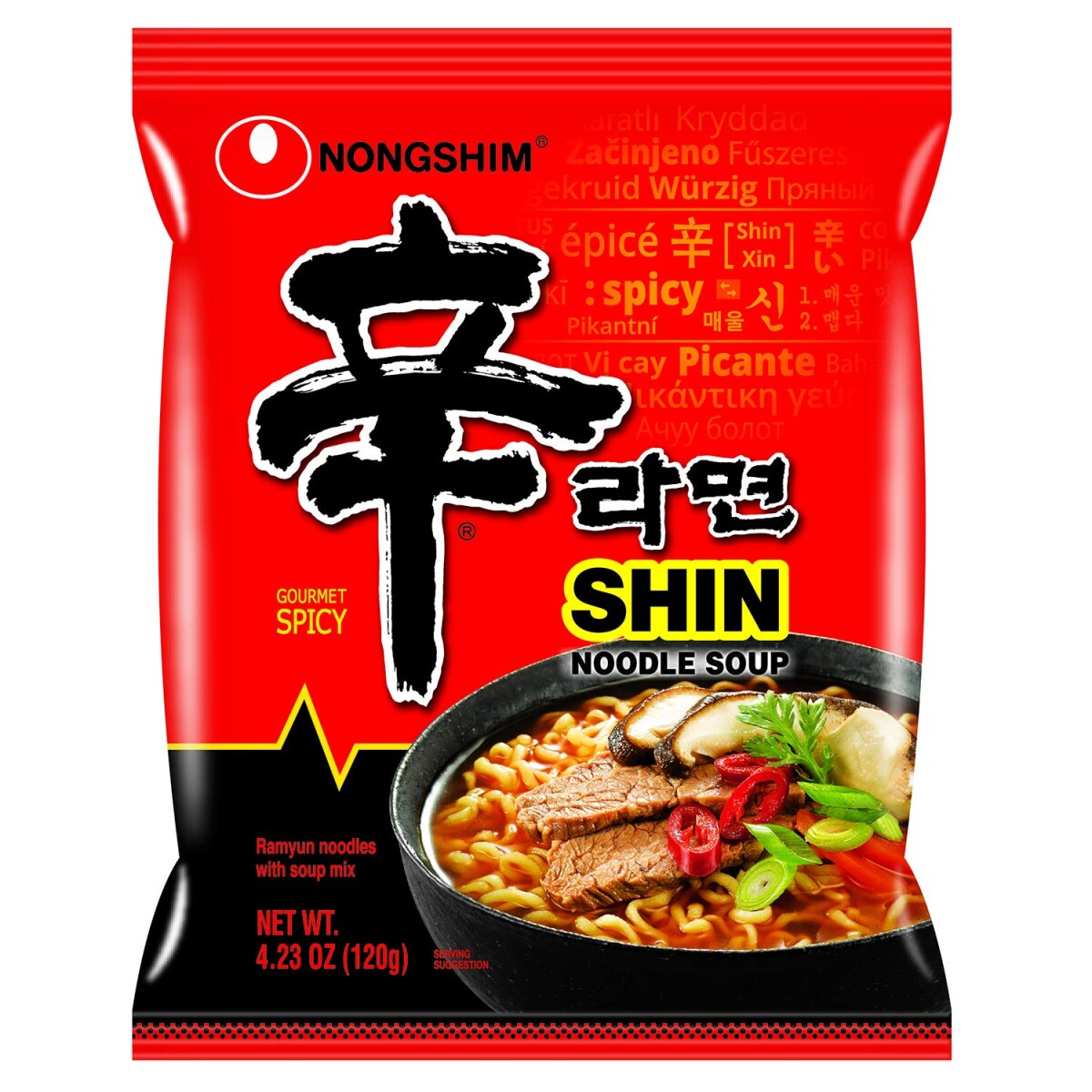 “I ate there on Thursday,Apr 29. Later on the same day I have developed diarrhea and nausea. On Friday it got worse and I felt very tired and low on energy. My digestion has been off since then,I lost my appetite and my symptoms have not improved. See Less” 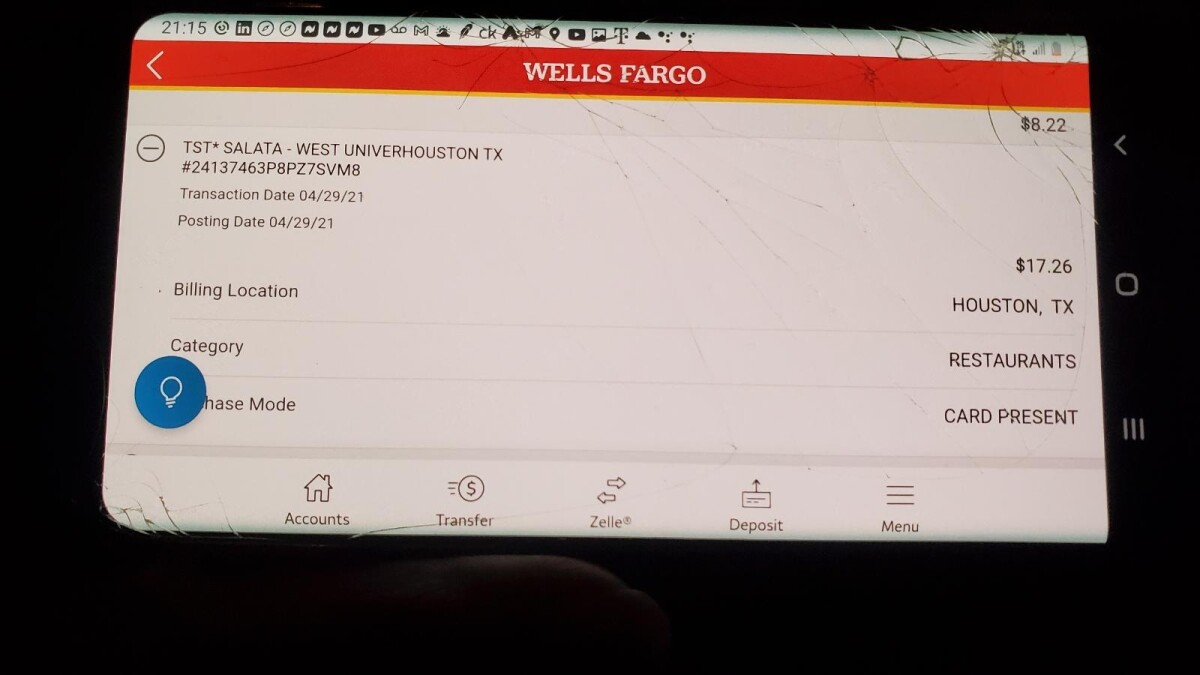 “lettuce pack just me boyfriend didn't eat salad. started six this morning last had it around 9 or ten.
this morning See Less” 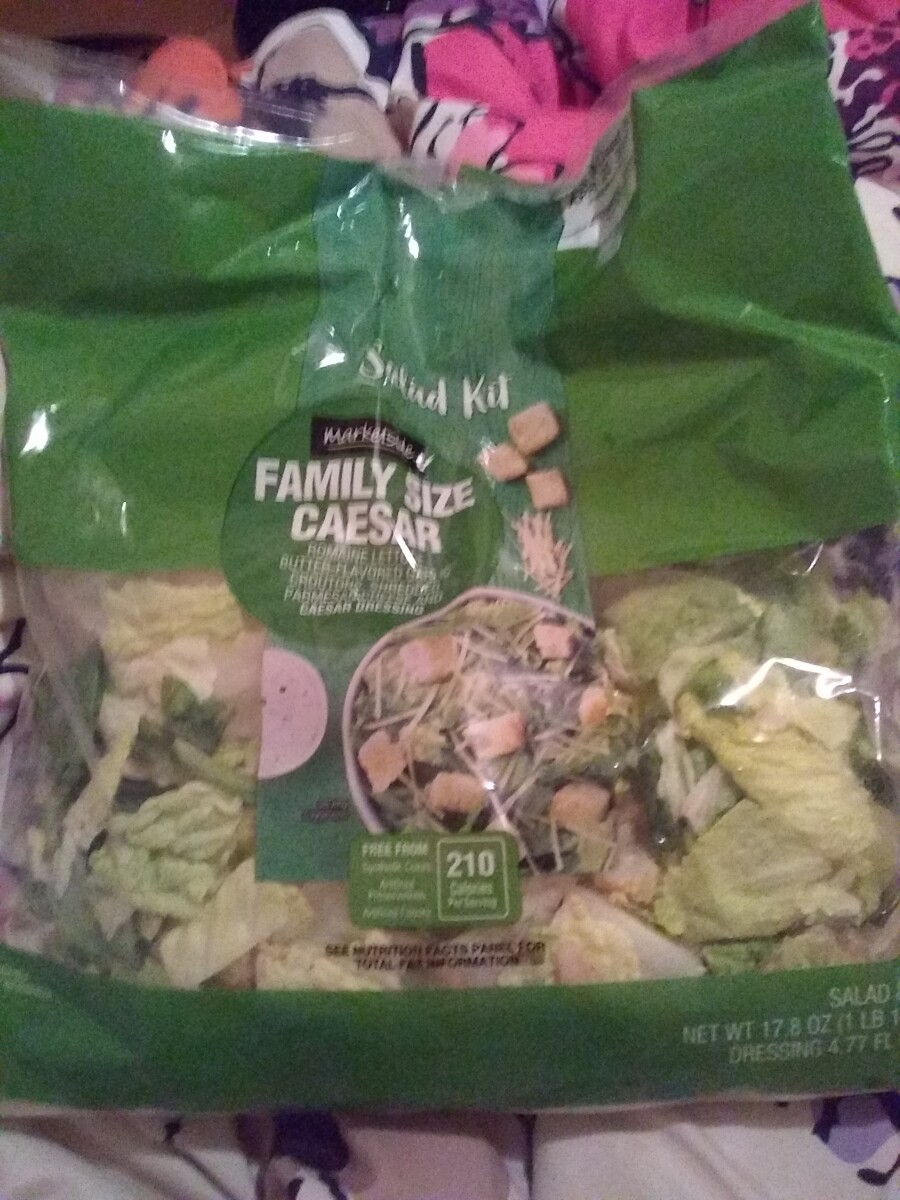 “Sunday night/Monday morning , this place(think it was the cauliflower rice) Both my wife and I got sick, but four of us ate here. My wife and I had cauliflower rice with our meal, and the other two people (my parents) had brown rice with their meal. We ate at approximately 6:30 pm. My wife started f... See Moreeeling bad around 12:00pm with nausea- then had vomiting and diarrhea. I began to feel bad about 3:00am amd had the same See Less” 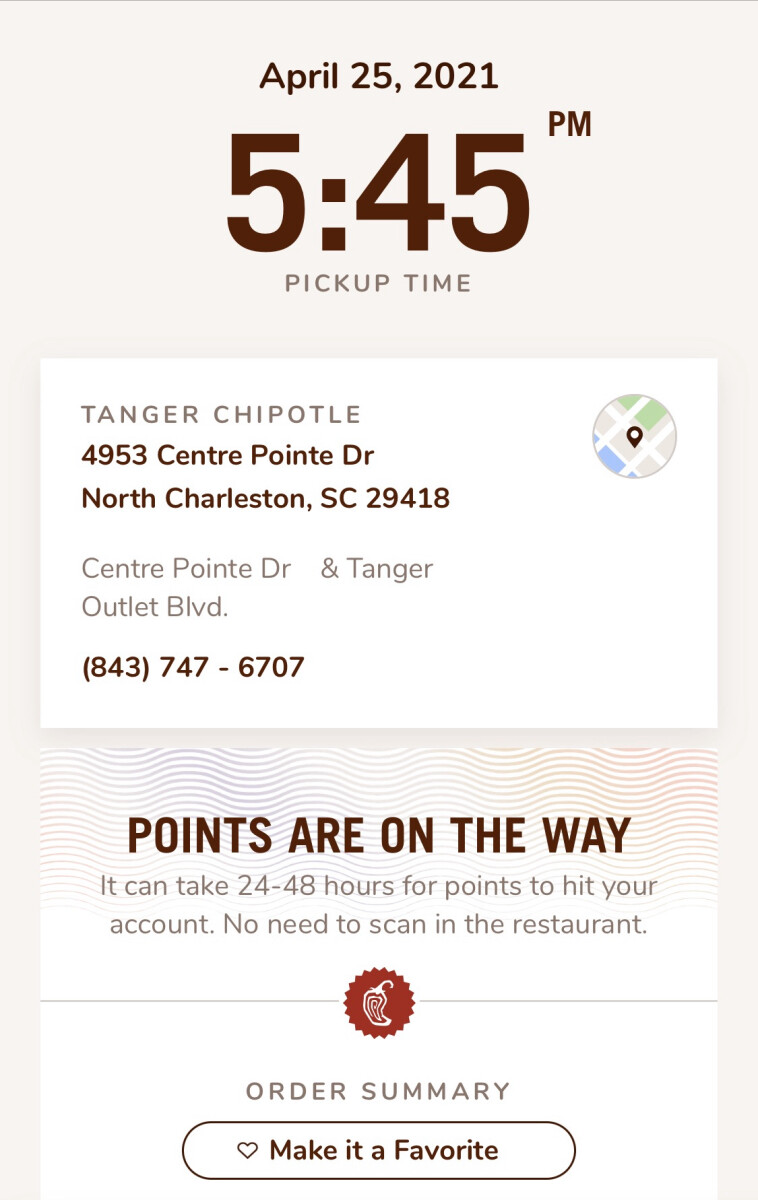