Elma Chips yellow dye chips. Third time that's happened to me. The first time was a lot of stomach ache, but a lot of pain, after eating a bag of big cheeses. I haven't eaten that kind of snack in years, so I figured it would have been an occasional thing. I had a second time a bag of cheetos from the big, this time I had a terrible episode of contortionism. Something started moving in the mouth of my stomach, as if it was opening an expanding hole. Mta stomach ache. I began to squirm in bed when air bubbles, or whatever, began to move inside me in descending motion. I felt stuffed as this pain went through every portion of my digestive apparatus until I hit my belly and gave me a very painful diarrhea. It was a surreal feeling and it lasted about 40 minutes until I felt good. I was amazed at how my body reacted to the poison contained in those chips. Surreal! Since this had happened only with the cheetos, I stopped eating it. It turns out that yesterday I bought a little pack of fandangos, wondering that with this one could be different. But no. I ate yesterday afternoon and since then feeling a pain in my stomach... only lighter. This morning I woke up with a lot of stomach pain, stuffiness and diarrhea, which only came to pass after I had some real food for lunch. I know I can't eat that kind of snack anymore. Actually, no one else should. 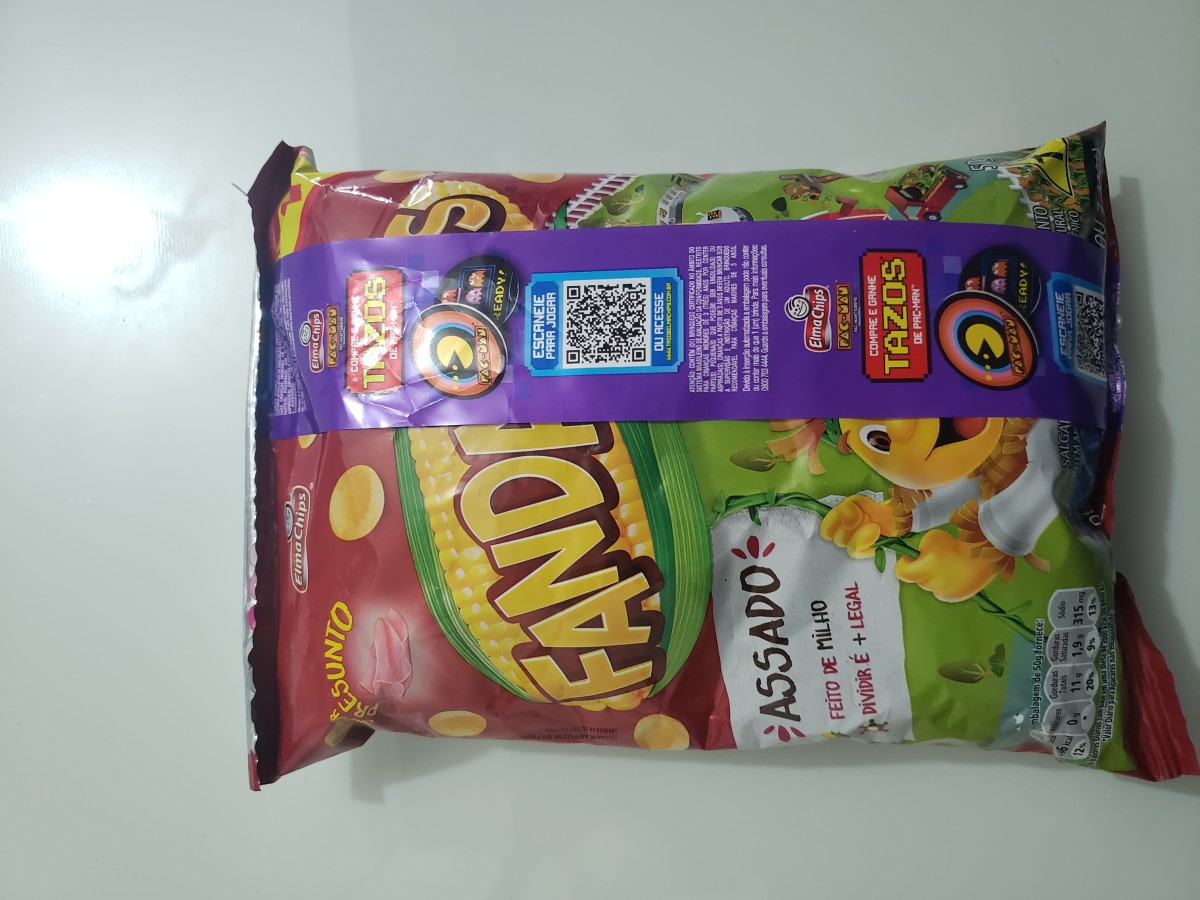 “LATAM Airline flight from Fortaleza to Miami Oct 7, 2019. Quiche was only thing I ate that my companion did not eat over 11 day trip.
Quiche was eaten on flight JJ8188 around 5:00am on October 7, 2019. Symptoms started roughly 24 hours later October 8th. He is still cramping ~60 hours after eating... See Morethe quiche. See Less”

“Good morning on the date 03/05/2021 I got the mentioned product (ice cream) I and my son spent 03 days with fever, vomiting, diarrhea, a lot of chills. We had medical care (emergency) and we were diagnosed by food poisoning!!!) See Less”

“After eating three slices around 1:00, when the late afternoon part arrived, 6:00 p.m., I started to get sick quickly, vomiting, diarrhea, chills, abdominal and headache, I went to the emergency room where I was medicalized.
First and last time I eat in this place! See Less”

“About three hours after the meal, I began to feel bad, with a lot of sickness, craving, abdominal pains and headaches. My friend who accompanied me to the restaurant felt a slight sickness the next morning. See Less” 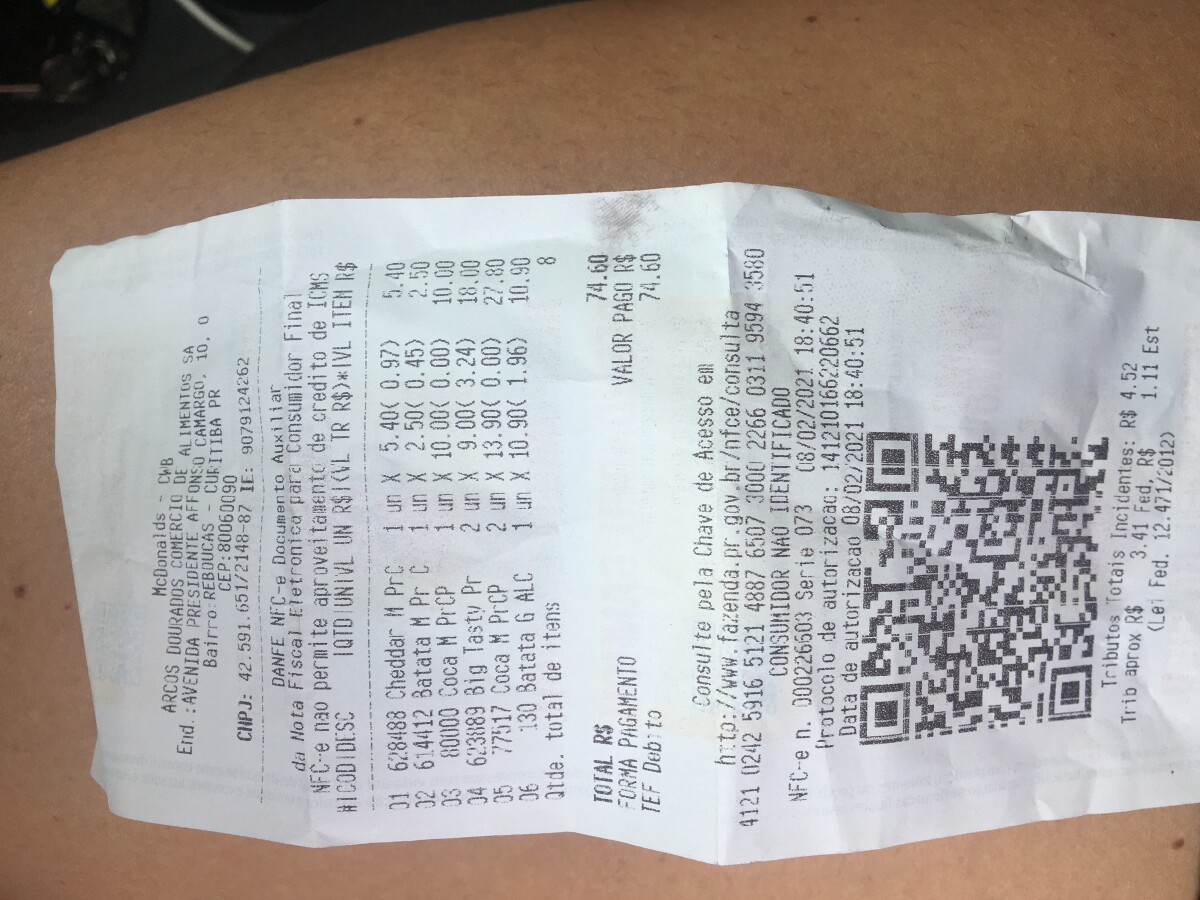 “Right after eating a big mac, nuggets and cheddar potatoes, I started getting diarrhea and fever. I felt a lot of pain in the body the next day and diarrhea all day. On the third day, I had dehydration and metal confusion. See Less”

“I ate a bucket of fried chicken and I was very sick for the next three days, but it's been eight months. Since then, I've become a vegetarian! See Less”

“I got some salgadinos from therea and 4 hours later I feel nausea, stomach pain, chills and my stool is green. I’m going to take antibiotics. This place is dirty. I was really afraid to get some infection but looks like you can’t avoid it here.
My husband originally from Brazil but have been leavi... See Moreng in USA for 6 years. And he got watery diarrhea on 3D day. He thought he is strong because he was born in Brazil. Not really. 2 days he was suffering from that on meds. See Less”

“I had Caesar salad  I ate a salad with dressing and about 1 hour (maybe not even) I started to get stomach aches or spasms. Then came the nausea filled by me camping out in the bathroom. See Less” 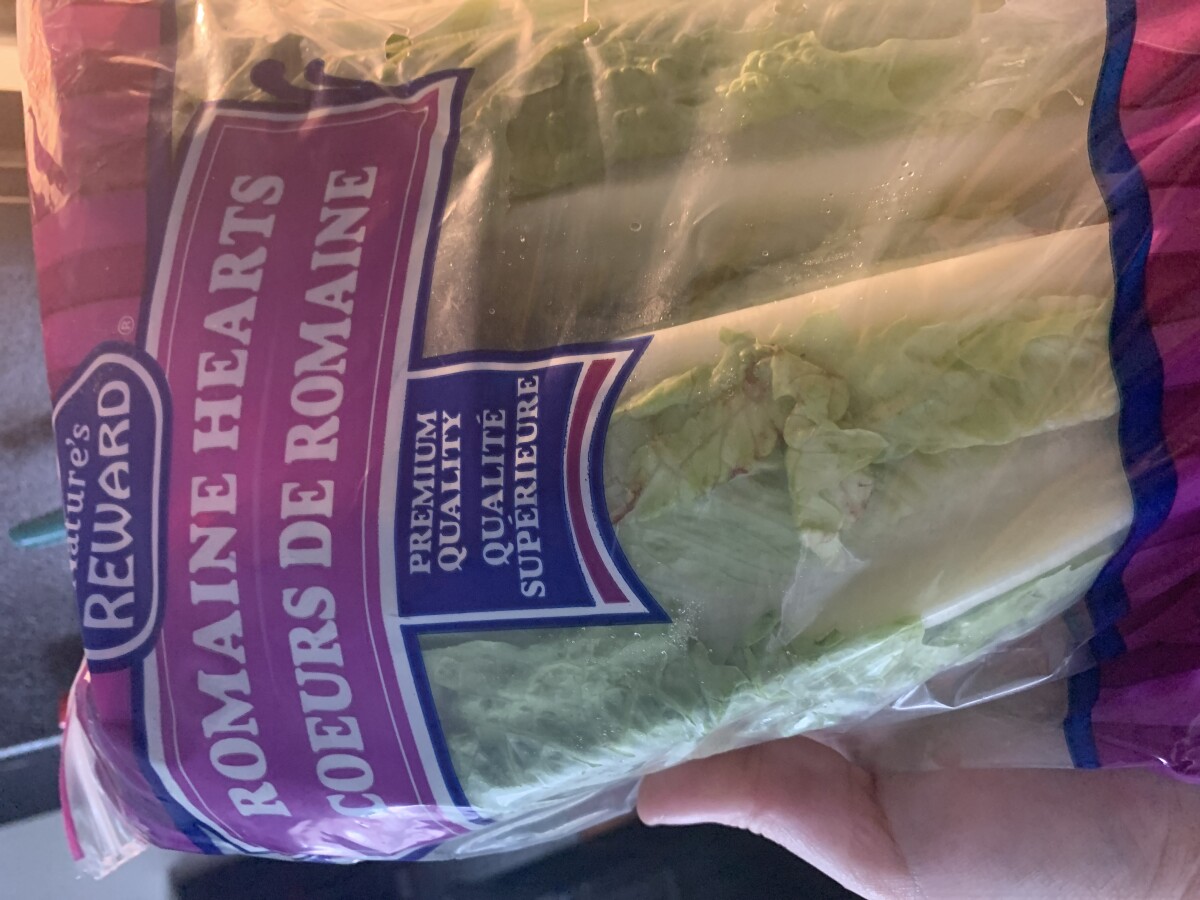 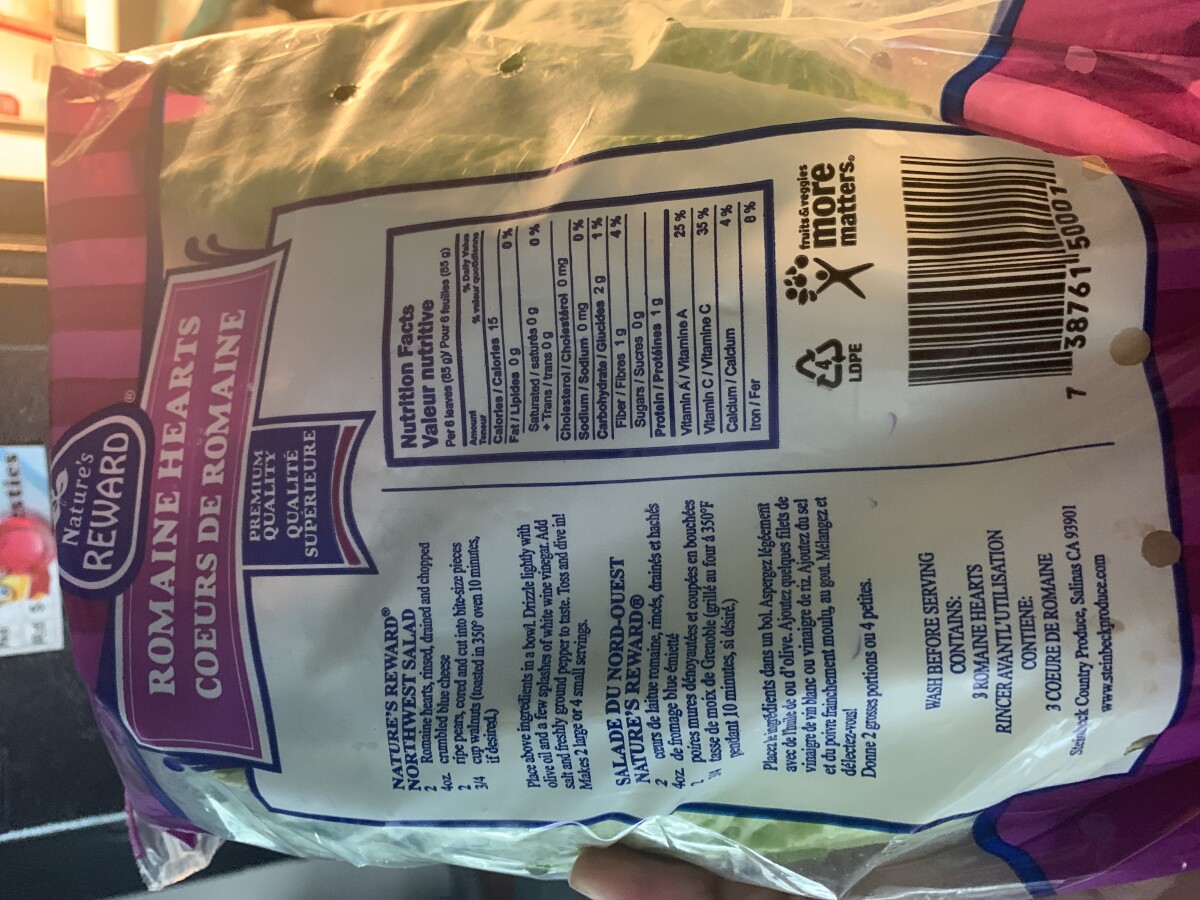 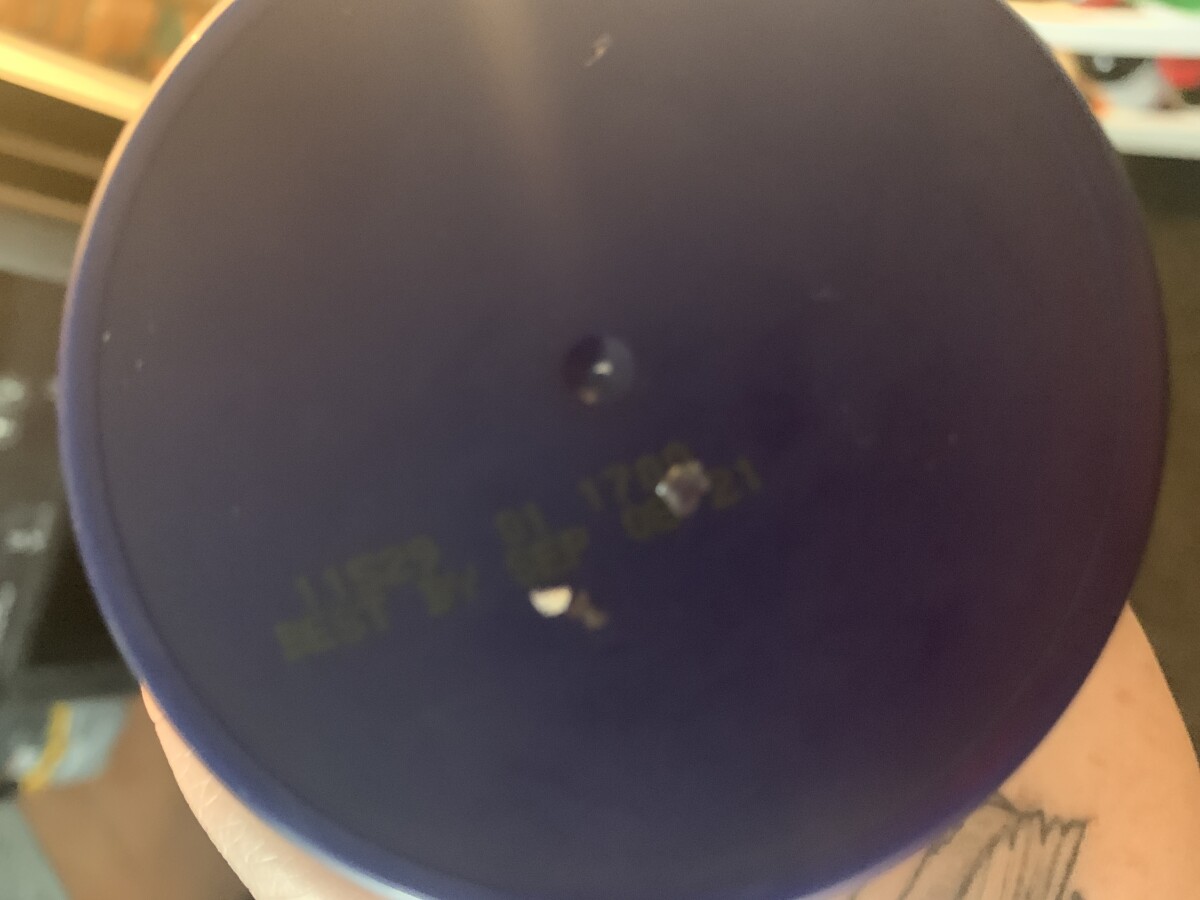 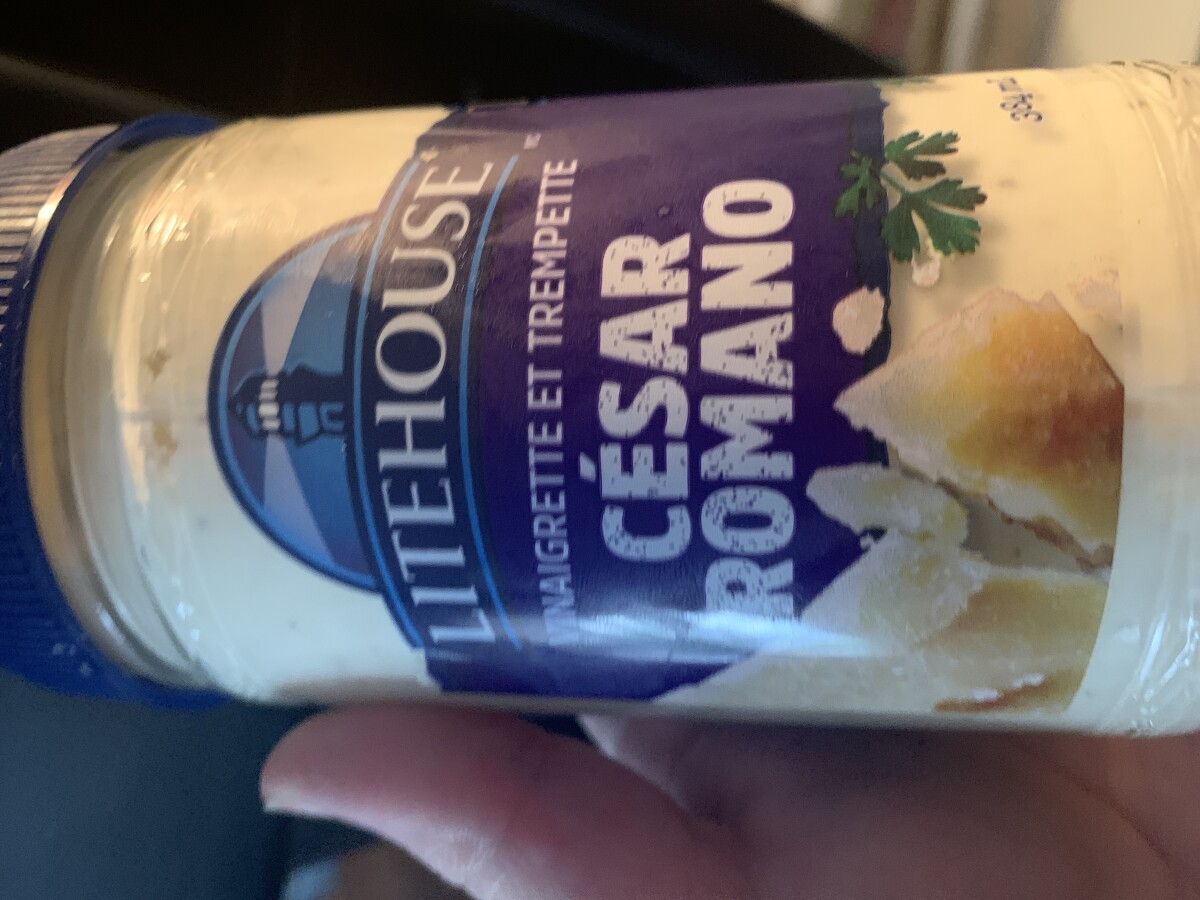 “April 22 2021 stomach cramping all day. I needed to go to the restroom and had diarrhea 3 times between 12pm-3pm. Stomach cramps would not get better. Only worse. Around 9pm I was driving home and had to throw up on the side of the road. When i got home I had diarrhea again and started getting cold... See Moreto a point I was shaking and I couldn't warm up. Stayed in bed but had severe stomach cramps and nothing would help them to away. Fell in and out of sleep and going to the bathroom only to have diarrhea again. No more vomiting though just nausea. Got a fever and my body was super hot but i felt really cold. Eventually my joints started to ache. And got a big headache. Morning felt better but after liquids stomach still cramping. Started to think about what I ate. Had a dragon drink in the morning, but my husband had one too and he was okay. The day before I had a shrimp basket from Dairy Queen which my husband didn't eat. All other food we both had and he is perfectly fine. So I started to think it might be the shrimp. (But I'm not 100% sure). I have had the same symptoms when i ate halibut once before last summer which I had stomach cramps and vomited also. See Less” 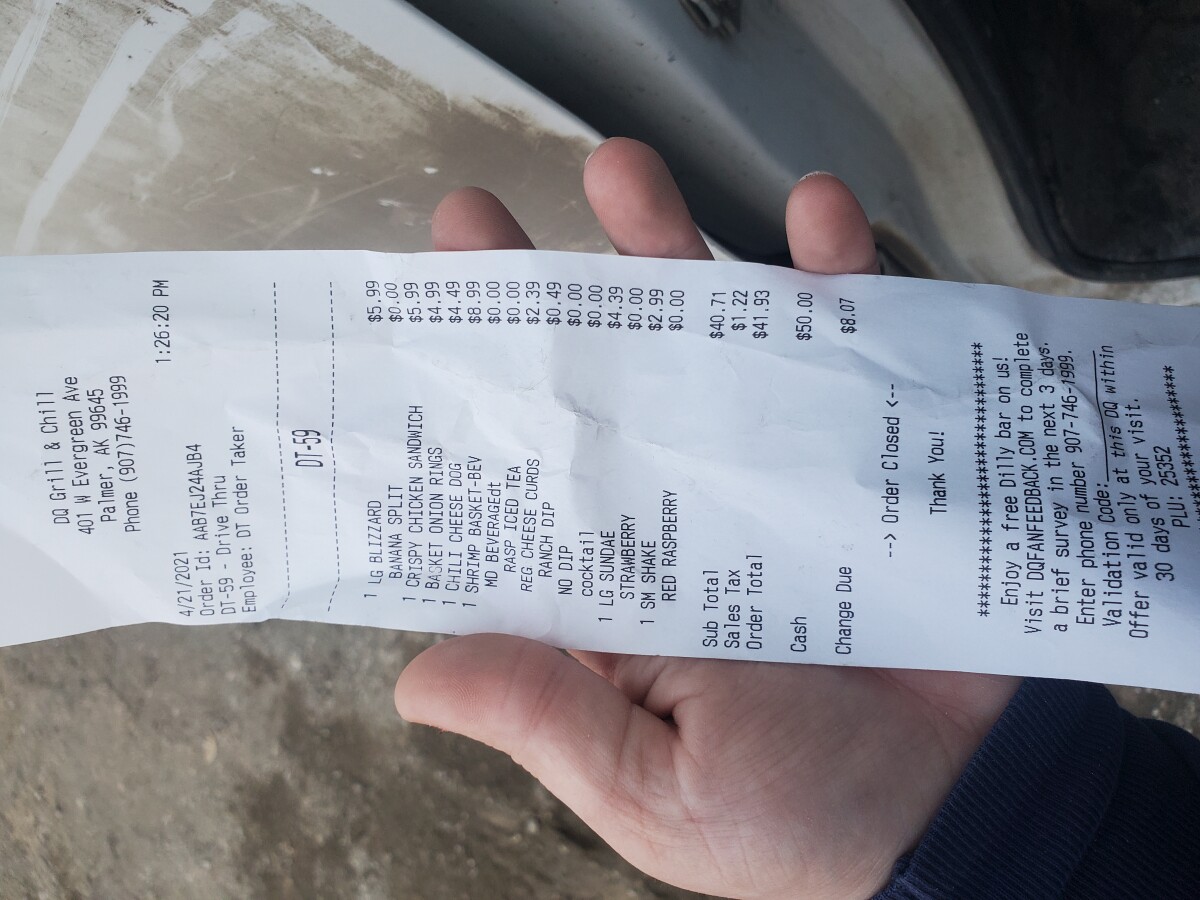 “My husband and I ordered two xlarge create your own pizzas. We haven’t eaten all day and this was the only meal we had. The pizzas toppings were Tuna, mushrooms, olives and cheese. We both woke up in the middle of the night having severe cramps, nausea and running to the toilet. We both had diarrhea... See More5 times in the last couple of hours and this was the only thing we have eaten in the last 36 hours. When the delivery arrived, the boxes seals were not stuck properly, the boxes seemed wobbly and not closed properly, the delivery guy was unfriendly and in a rush ... we were hungry after not eating all day so we did not reject it when delivered and thought maybe the messy boxes were the result of them rushing to deliver or prepare it. We are regular customers and after being very sick for the last few hours (which is still an ongoing thing) we have decided not dealing with them anymore. It’s a shame!! See Less” 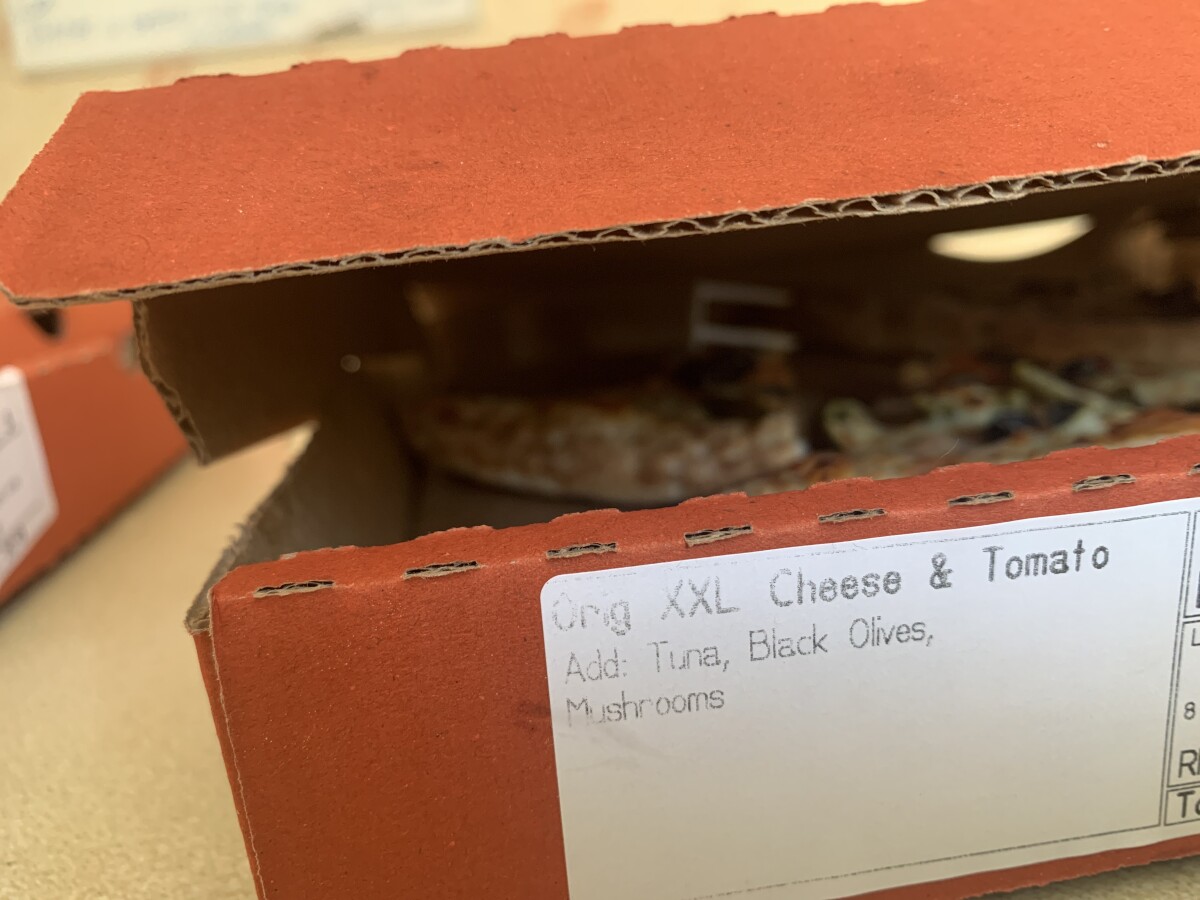 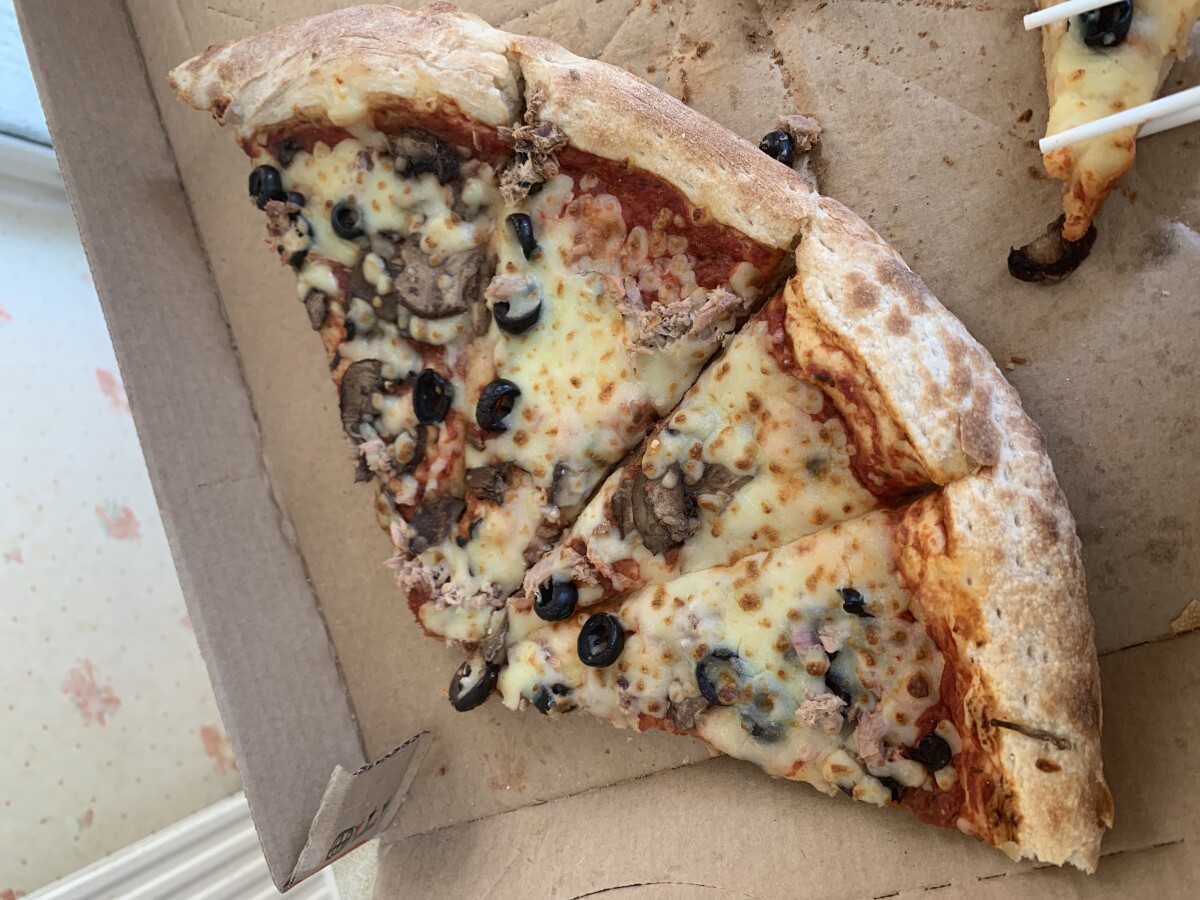 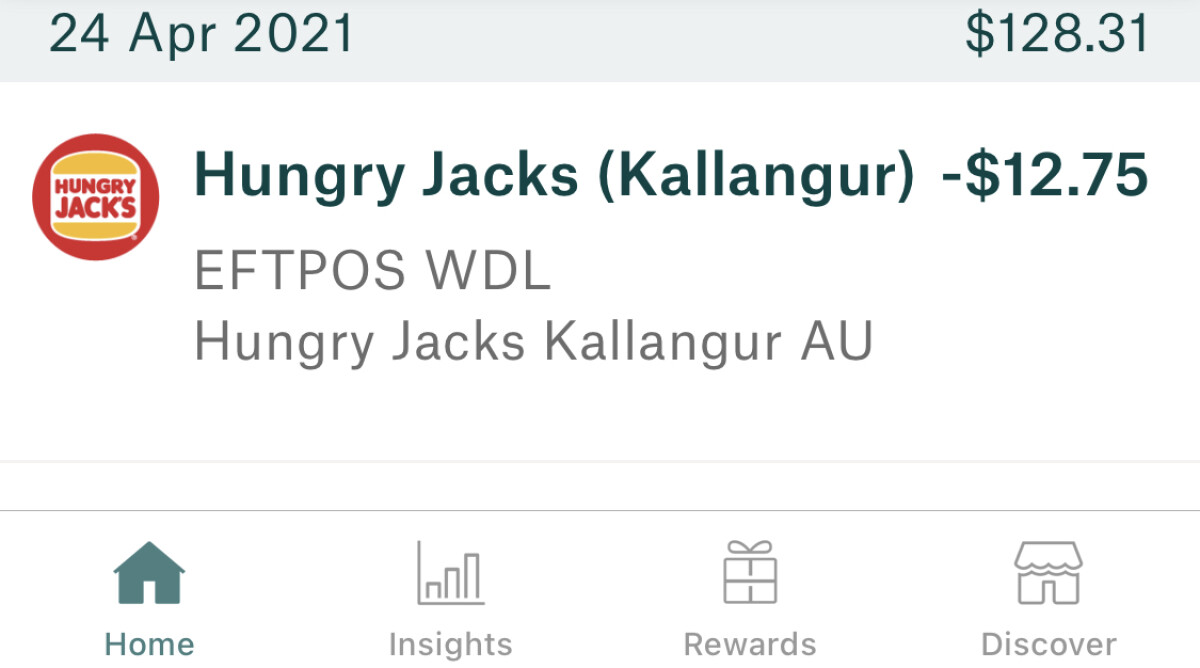 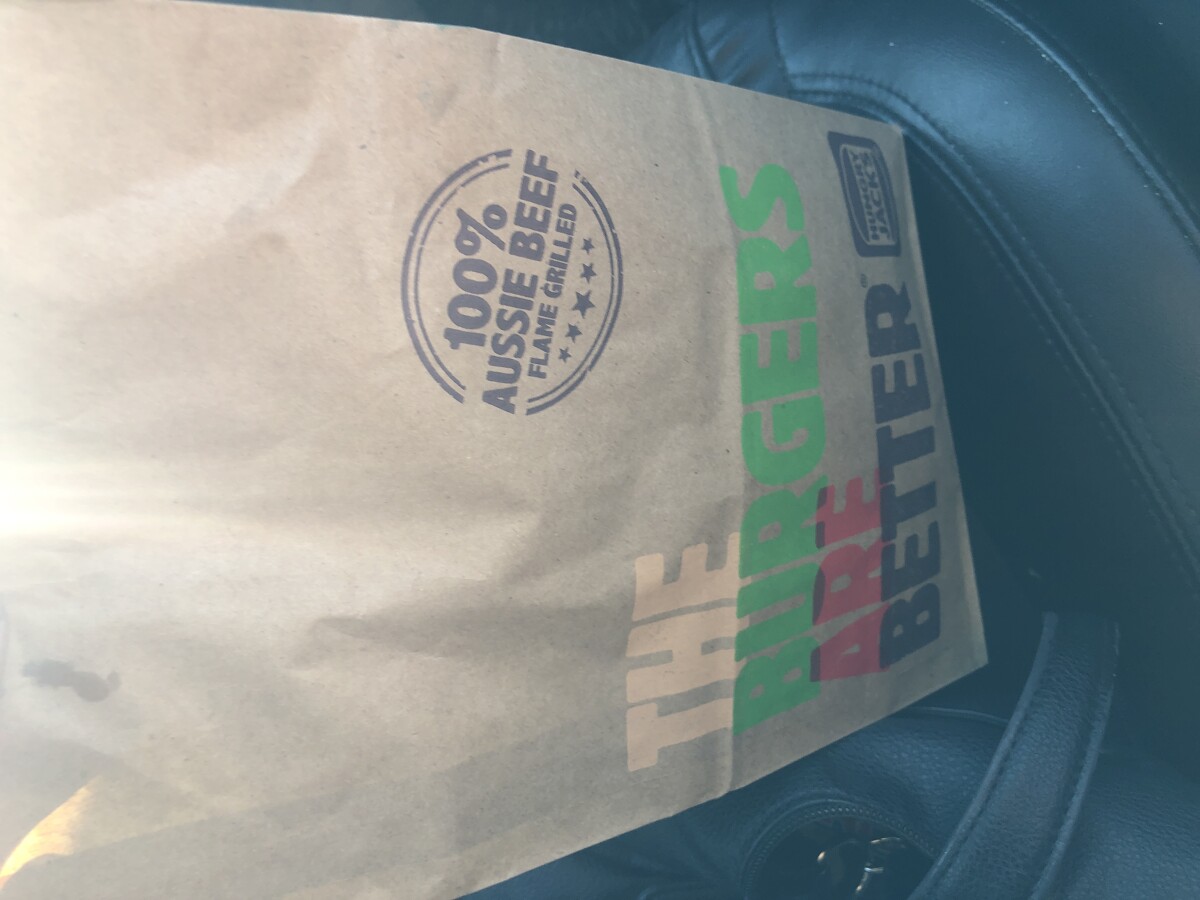 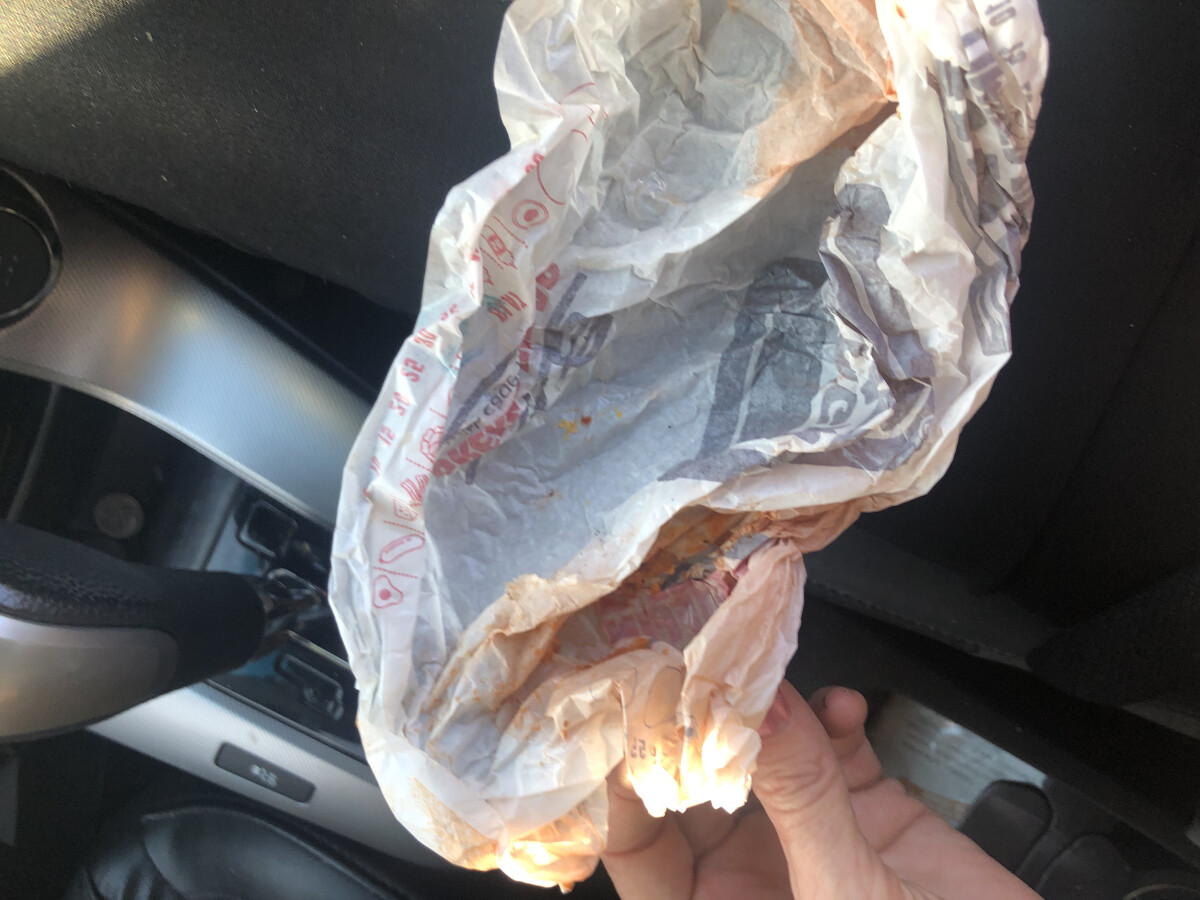 “I ate the crazy friday roll, my 8 year old ate the tempura bento box. Both of us now have fevers over 100.8, vomiting, & diarrhea that started around 2 hours after eating the food (9:30 pm) it’s currently 2:33 am and I’m still trying to hold my daughter’s hair while we both are vomiting together... See Less”

“Company name: Hotel Chocolat
Product recalled: Summer Desserts Sleekster
FSA Recall date: 04/27/2021
Recall details: Hotel Chocolat is recalling Summer Desserts Sleekster chocolates because they contain egg, wheat (gluten), hazelnuts (nuts), and walnuts (nuts), which are not mentioned on the labe... See Morel. The ingredients list and allergens on the base of the product are incorrect. This means the product is a possible health risk for anyone with an allergy or intolerance to egg and/or wheat (gluten) and/or an allergy to hazelnuts (nuts) and/or walnuts (nuts).

If you have bought the above product and have an allergy or/intolerance to egg and/or wheat (gluten) and/or an allergy to hazelnuts (nuts) and/or walnuts (nuts), do not eat it. Instead, return it to the store from where it was bought for a full refund. 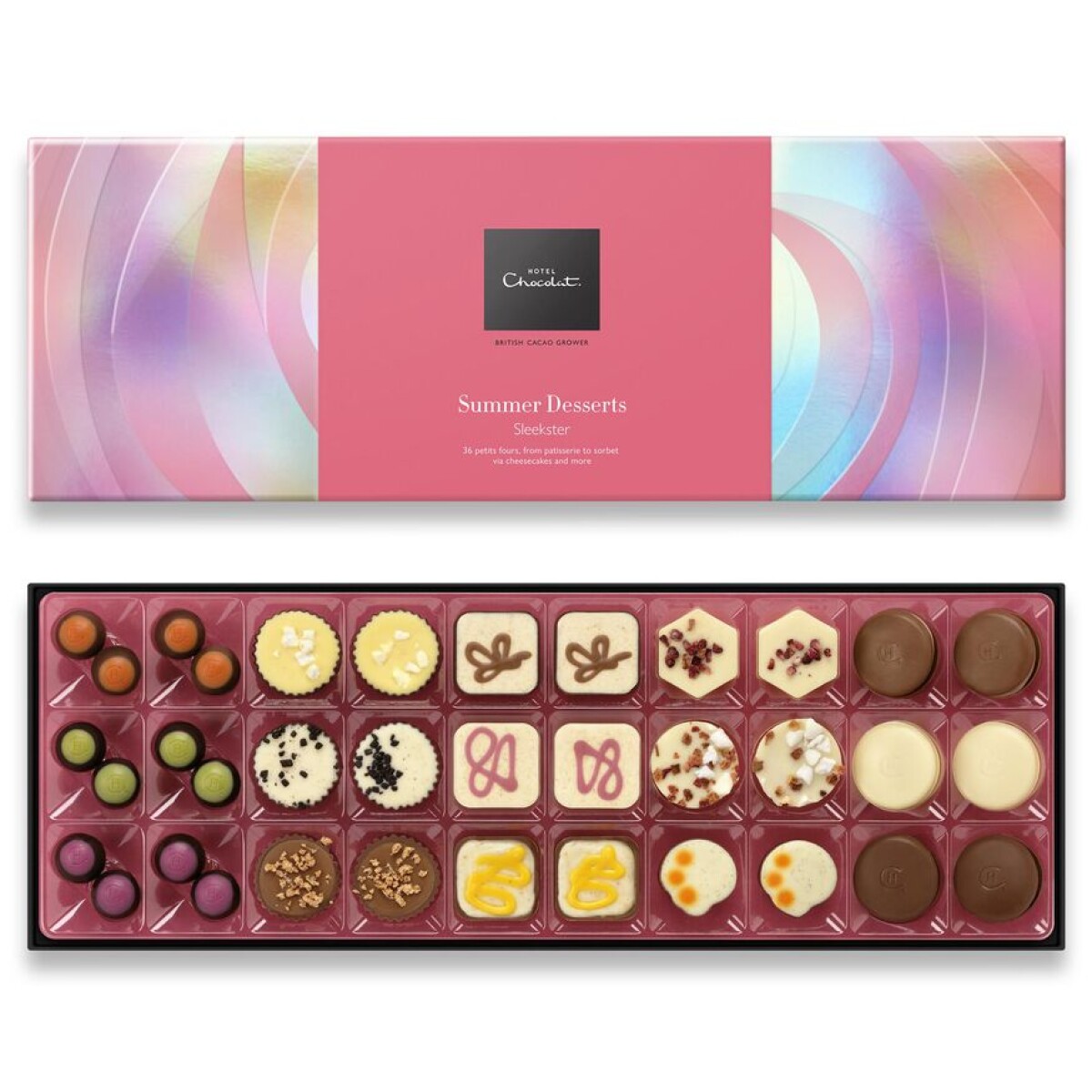 “We ate at there yesterday. My daughters, wife and I had stomach pain and diarrhea all day. We had English cut, City cut, and kid's prime rib dinner. Sides were creamed spinach, creamed corn, mashes potatoes, and baked potatoes. We also had tiramisu and creme brulee. See Less” 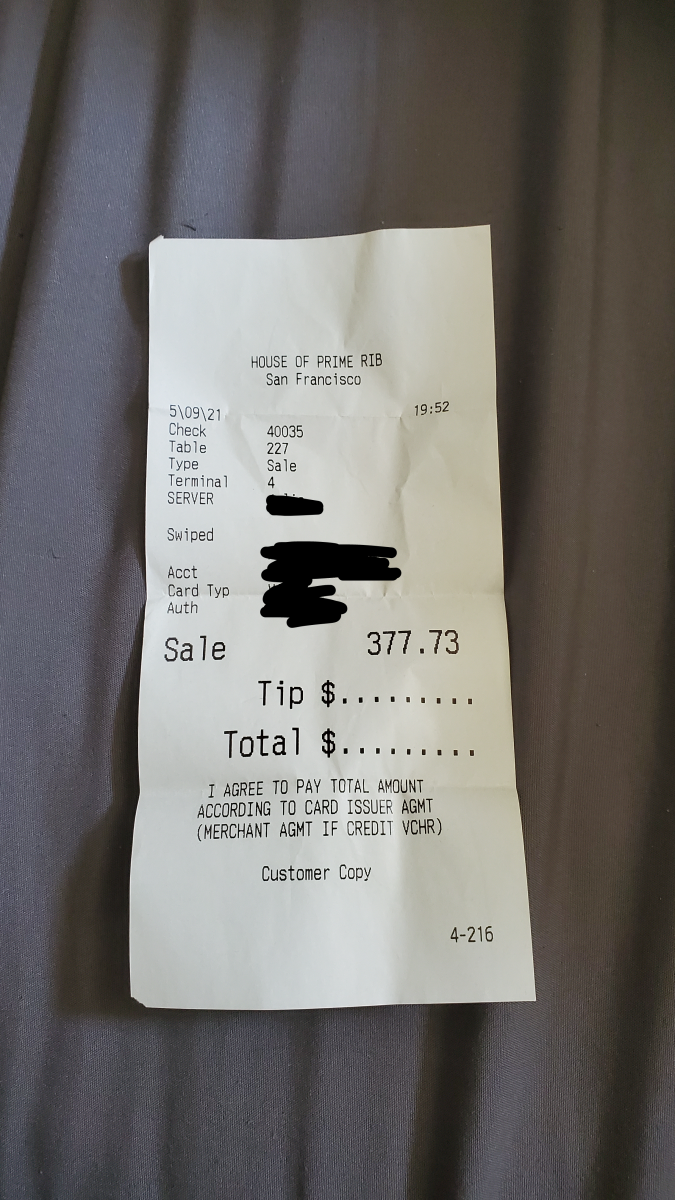 The Company is not aware of any reports of consumer illness or injury to-date. In some severe cases, ingesting a metallic material could lead to damage of the digestive tract. Church & Dwight is coordinating closely with the U.S. Food & Drug Administration (FDA) and following all relevant protocols. The recalled gummy vitamin products are can be checked in the link below with the Universal Product Code (UPC) and Lot Code or in the pictures attached to this notice. No other products are included in this recall. These products were distributed to in-store and e-commerce retailers from November 13, 2020 through April 9, 2021.

Consumers who have purchased one of the products listed below should stop consumption immediately. Please call our dedicated Consumer Affairs team at +1 (800) 981-4710 before disposing of the product, and we will provide a full refund. Any additional questions can also be directed to our Consumer Affairs team Monday through Friday, 9am – 5pm ET. In the event of illness or injury, consumers can contact Safety Call at +1 (888) 234-1828. 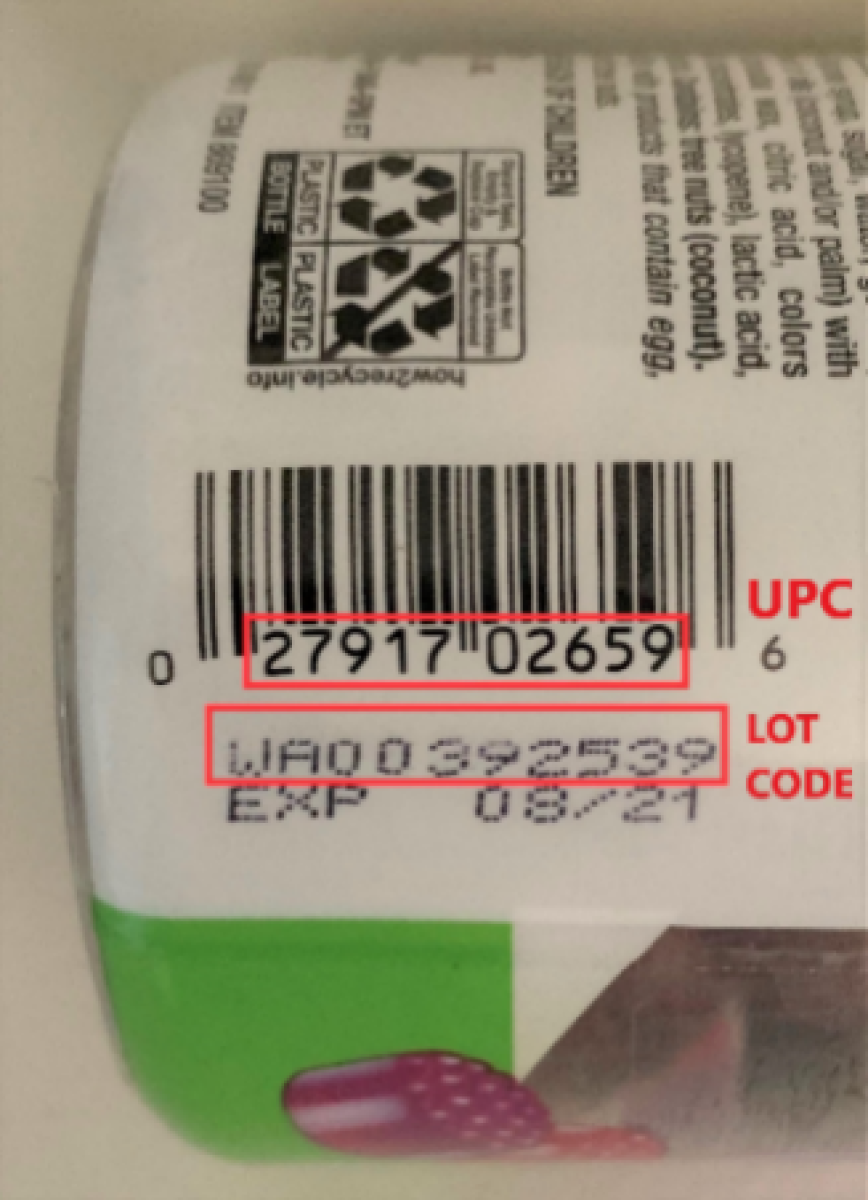 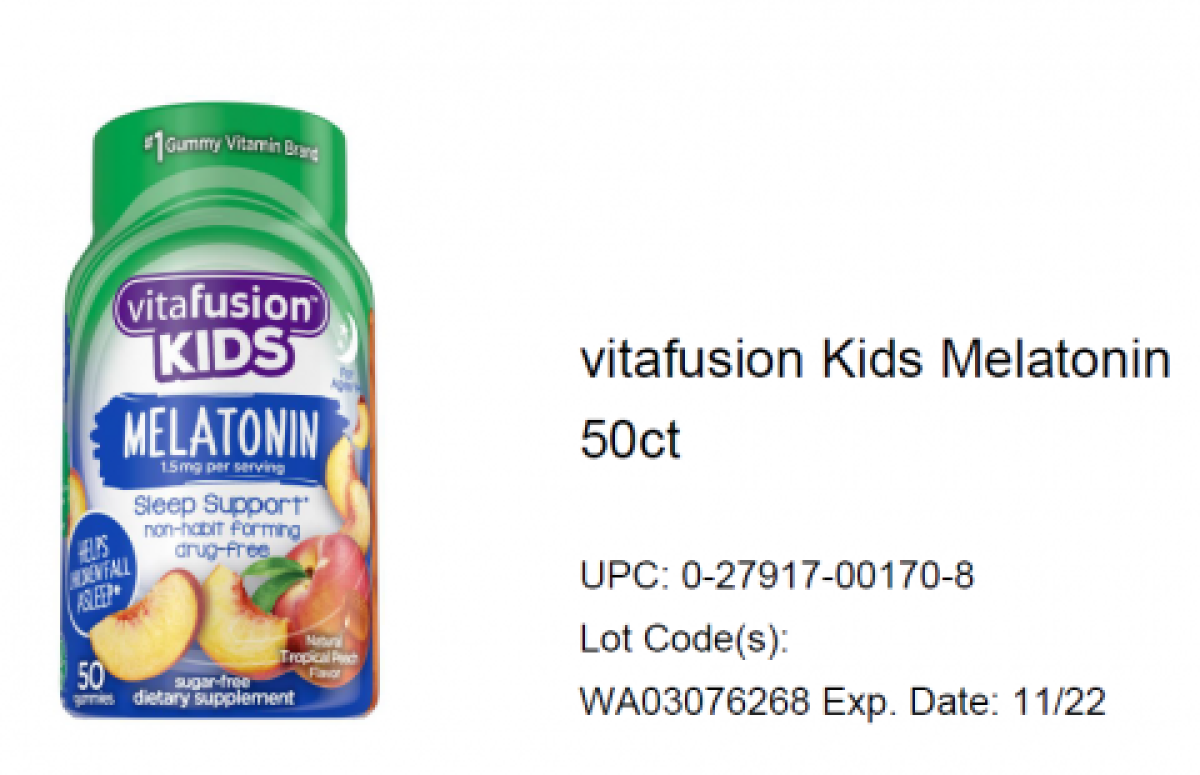 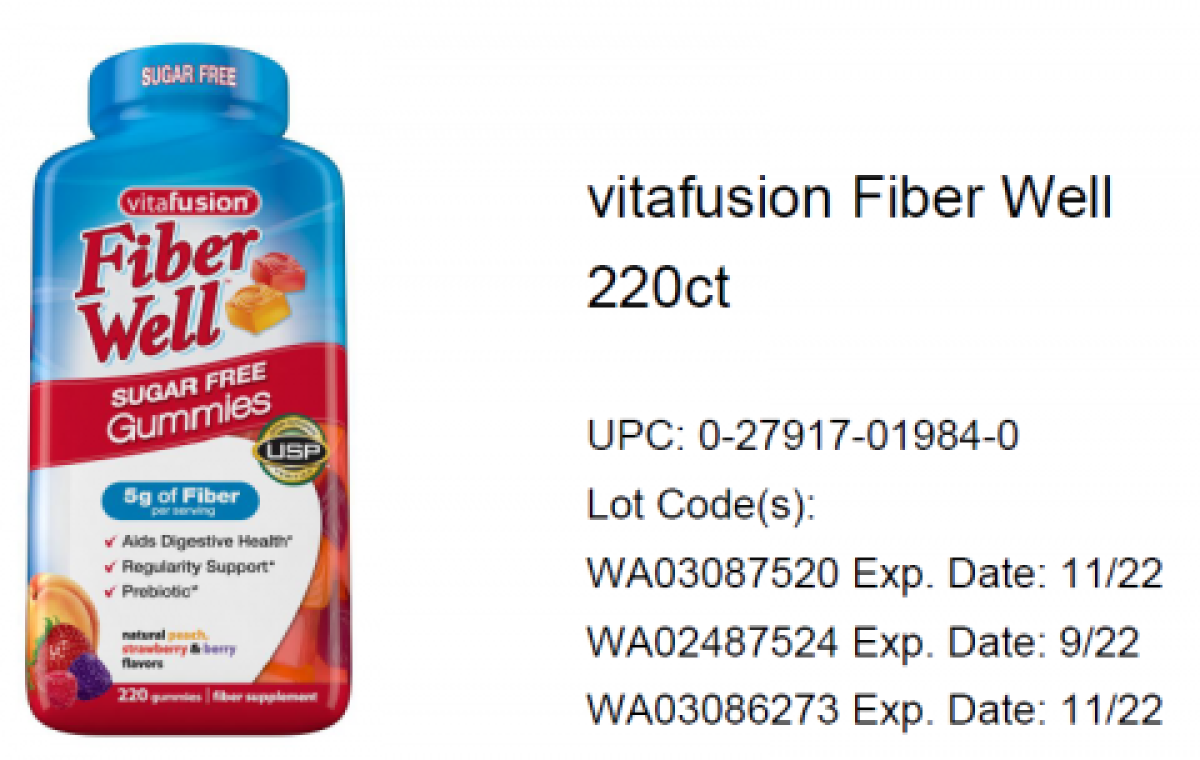 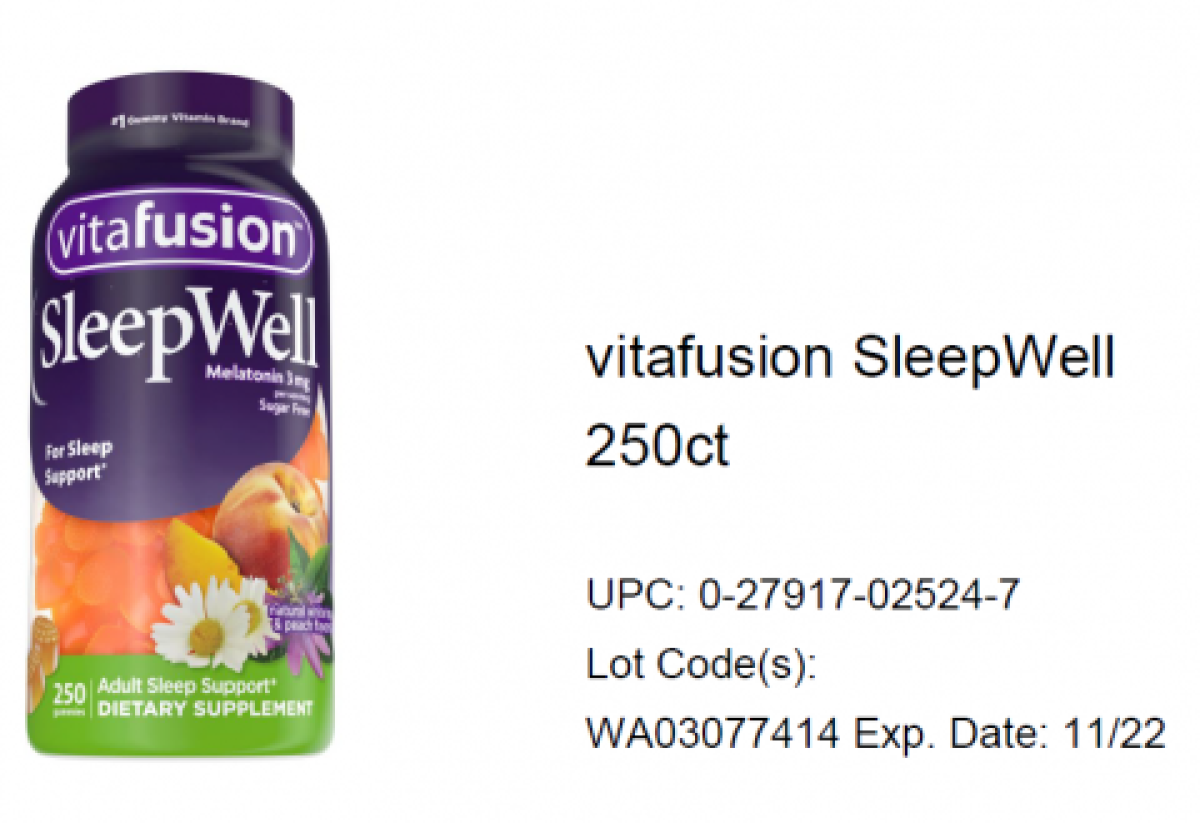 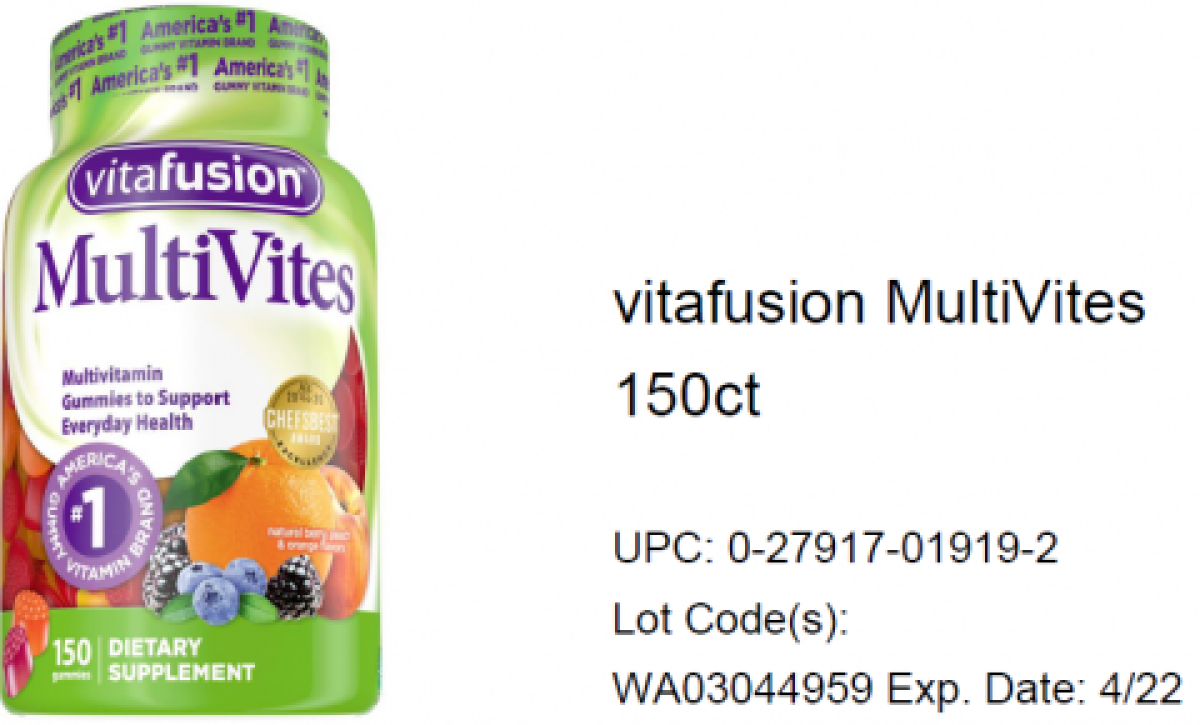 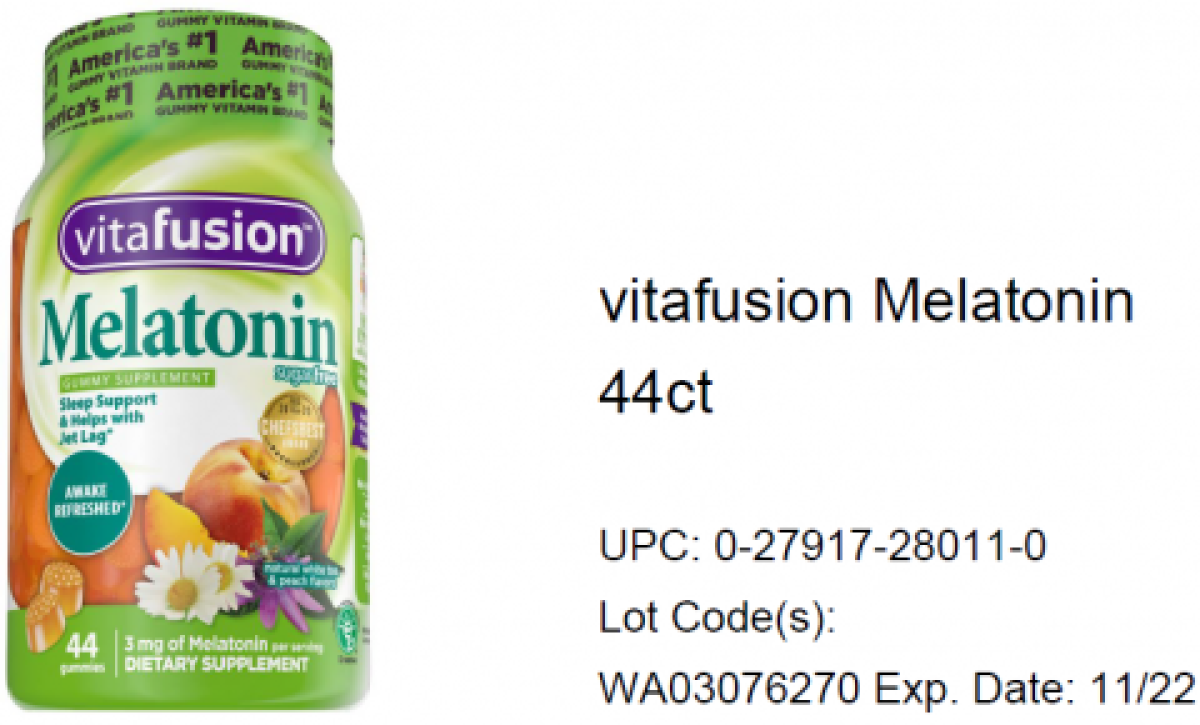 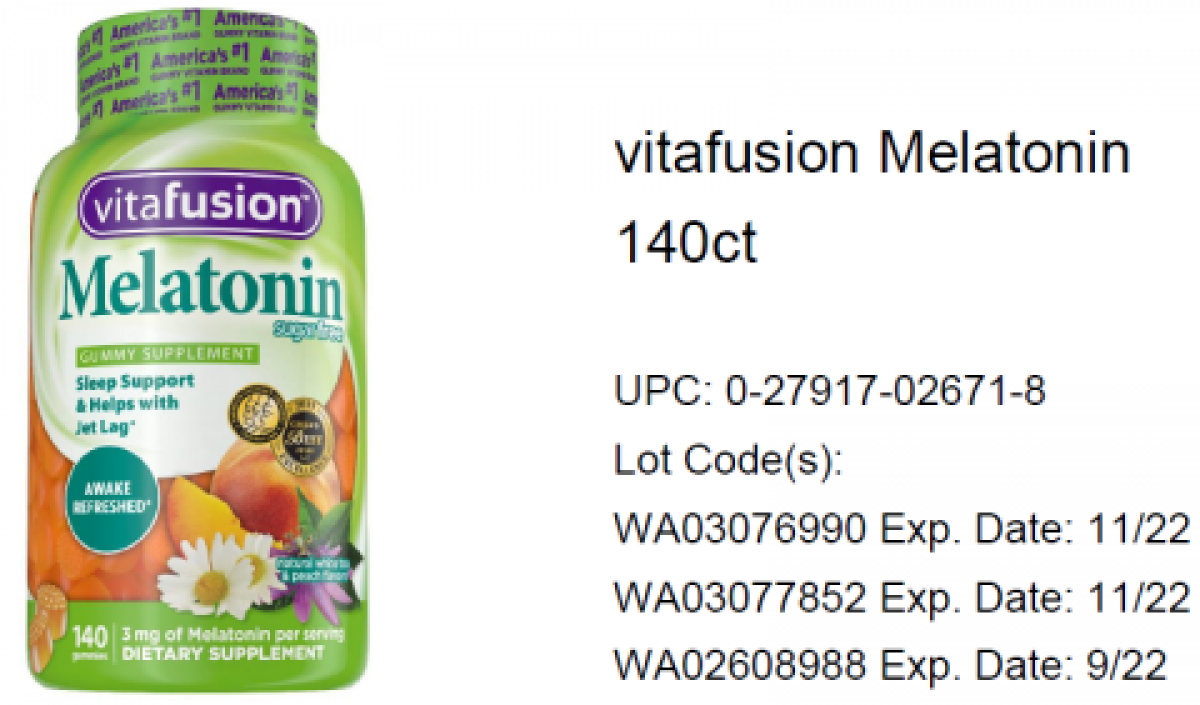 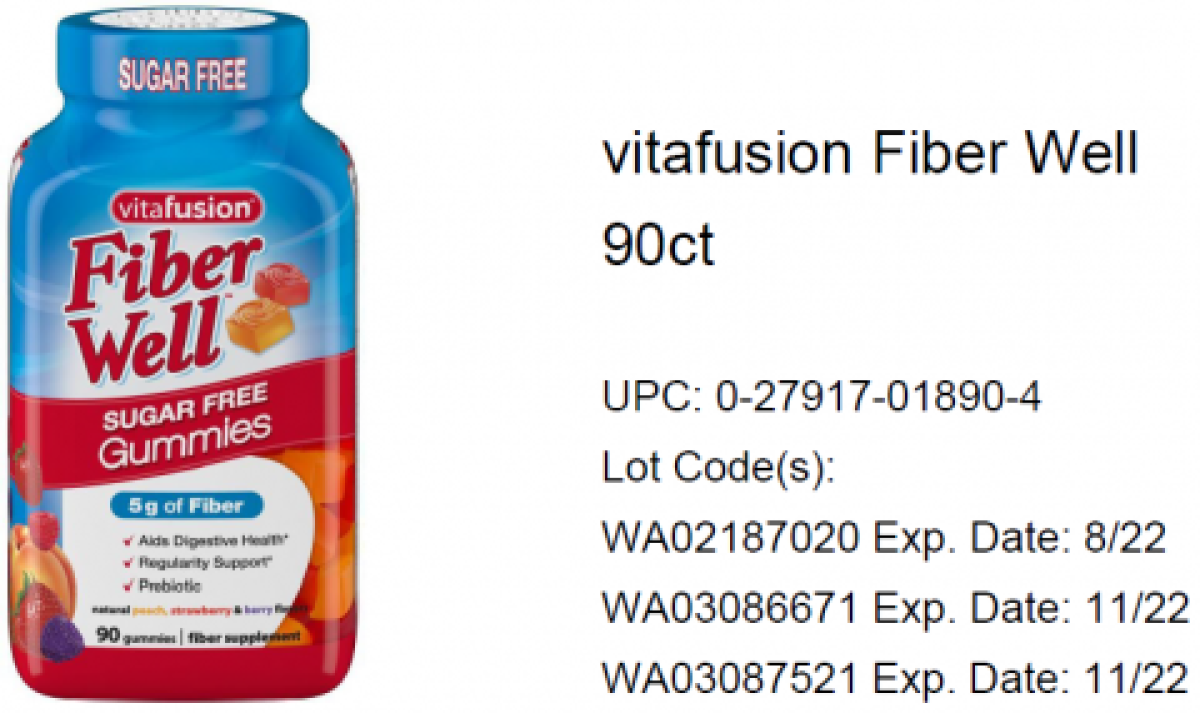 “I ordered a mini fillet burger and 3 x 2 hot wings which arrived around 9pm on the 4th of May. I had my food straight away but I woke up in the middle of the night with a sudden urge to go take a poop and I did which was very unusual for me as I rarely woke up in the middle of the night to poop. Wen... See Moret back to sleep and by the next morning I was suffering from severe diarrhoea and spent the whole day going up and down to the toilet. As we speak I am typing this whilst sat on the toilet at 3 am on the morning of the 6th of May and have not been able to sleep because of this. I think it’s safe to say I will not be ordering from there again. See Less”

“i bough vegetable green, pepper, halo Pino pepper, tomato on Saturday and made bread with flower. I made a dish with red pepper and greens pepper., then hot halo Pino as well, the one you seen on the picture, and i made bread with yeast that i bough from there as well.
The day that i bough Masterc... See Moreard for 500 i have spend 500 cash there. See Less” 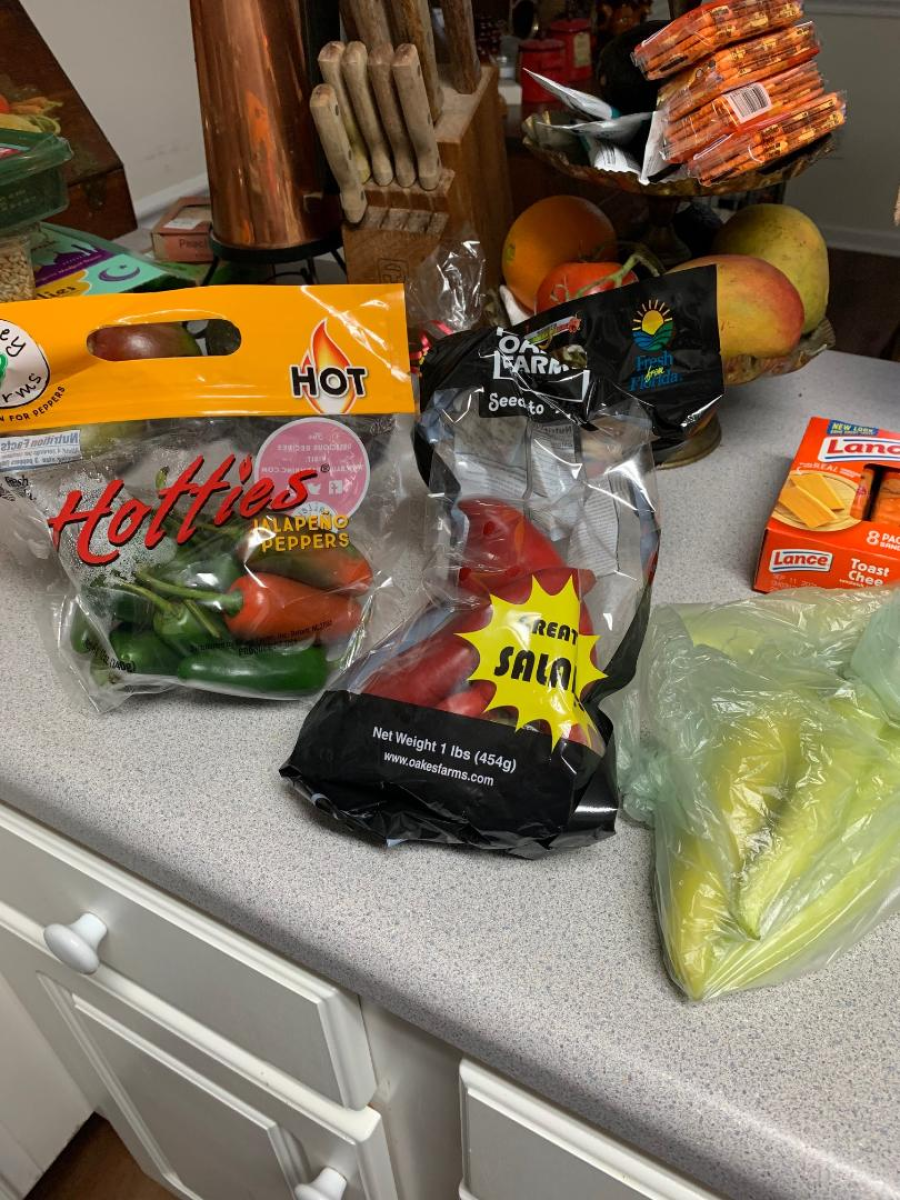