https://foodpoisoningbulletin.com/2013/reports-of-foodborne-illness-decline-by-40/ Excerpt: "The Center for Science in the Public Interest (CSPI) has released a new review of foodborne illness outbreaks. They found that from 2001 to 2010, the latest period for which data is available, outbreaks related to E. coli, Salmonella, and other pathogens decreased by more than 40%. This may be because of better food safety practices, including the adoption of Hazard Analysis and Critical Control Points (HACCP) programs in the meat, poultry, and seafood industries, as specified by the government. But the agency warns that incomplete reporting by public health agencies stretched and overworked by budget cuts may have influenced the data. CSPI food safety director Caroline Smith DeWaal said, “despite progress made by the industry and by food safety regulators, contaminated food is still causing too many illnesses, visits to the emergency room, and deaths. Yet state and local health departments and federal food safety programs always seem to be on the chopping block. Those financial pressures not only threaten the progress we’ve made on food safety, but threaten our very understanding of which foods and which pathogens are making people sick.”

“I bought a 2 for $3 deal with a double cheeseburger and chicken nuggets . I ate my food that night and the next day I felt horrible. I knew something was wrong once I noticed the symptoms were VERY similar to food poisoning. ”

“Woke up due to worst stomach pain i ever experienced in my 20 years of life Just i am sick, i am the only one who drank a chocolate milkshake. I drank it around 11:30 PM. I woke up to stomach pains at around 5am because of the stomach pain ”

“I had a chicken burrito from this location. I immediately felt a bit nostalgic after eating and about 7 hours later I had uncontrollable diarrhea and was puking at the same time along with terrible stomach pains that felt like knives twisting in my stomach. This went on until the... See More next night. ” 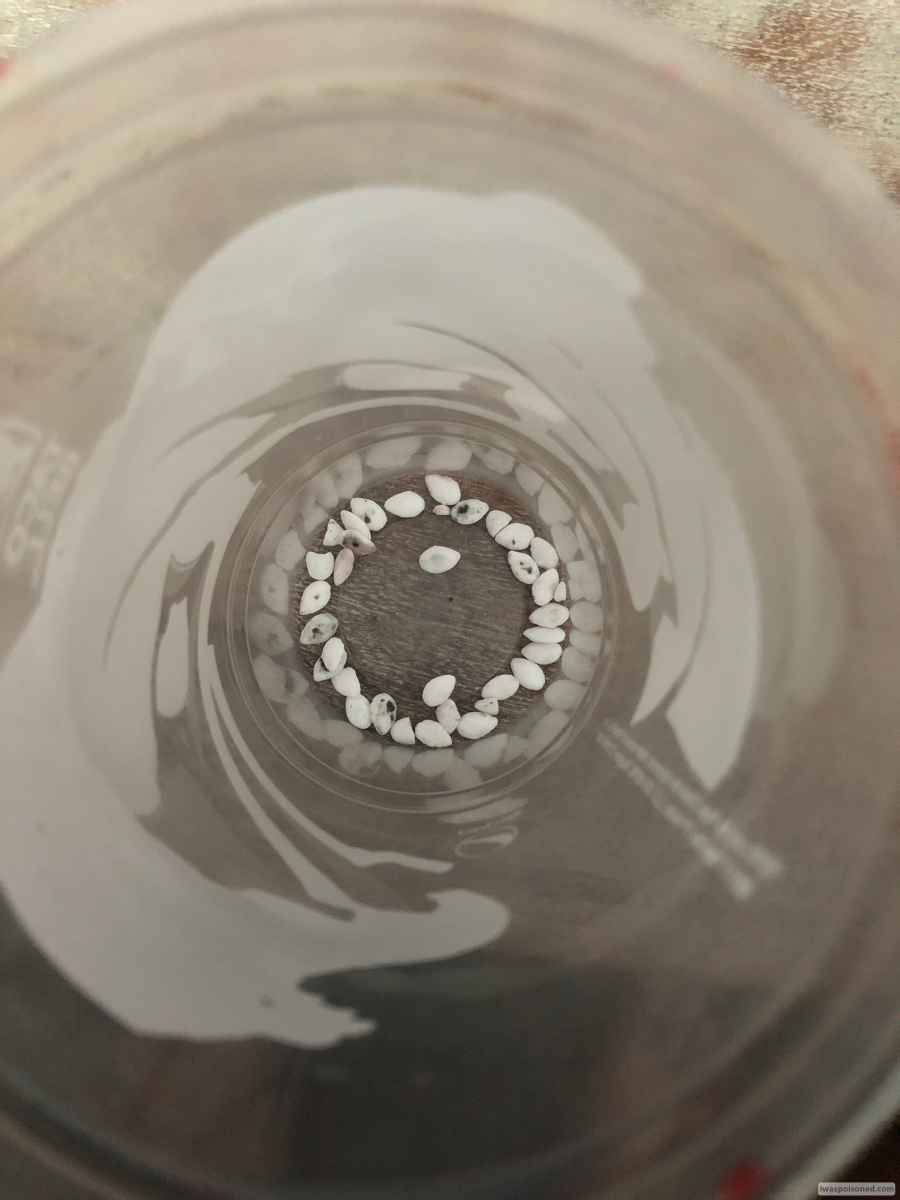 “Last night i found 31 little white pills in my freeze that I ordered from this location. I’m an addict in recovery this is not a joke or a game to play the employees behind this could have killed me! I am filing and pressing charges as well as suing... See More this location. What kind of employee thinks it’s okay to put 31 pills into someone’s drink? This location should be shut down and the owner should have charged against him to and i do plan on taking this to the local news stations cause this is not okay! I’m very lucky to still be alive, but to be this sick and not knowing what those pills are is not okay! ” 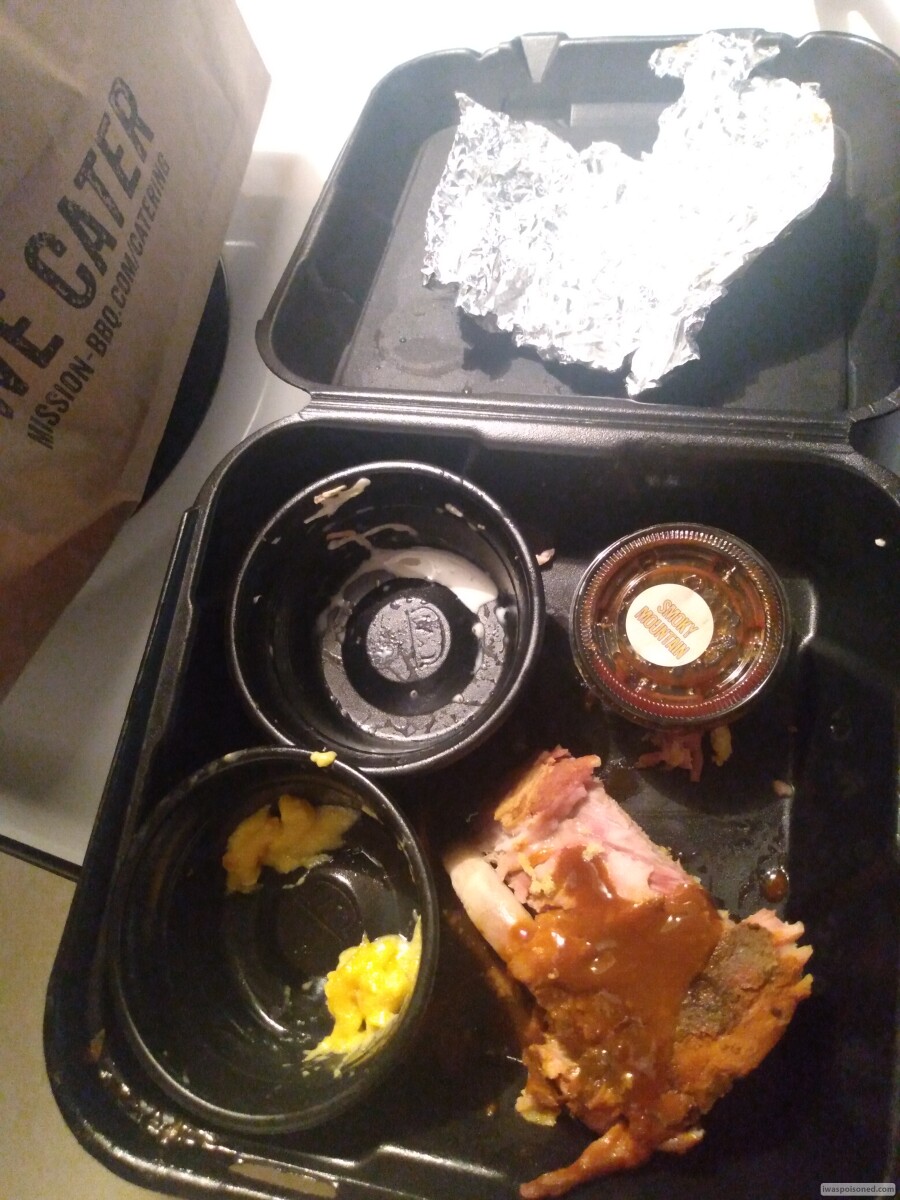 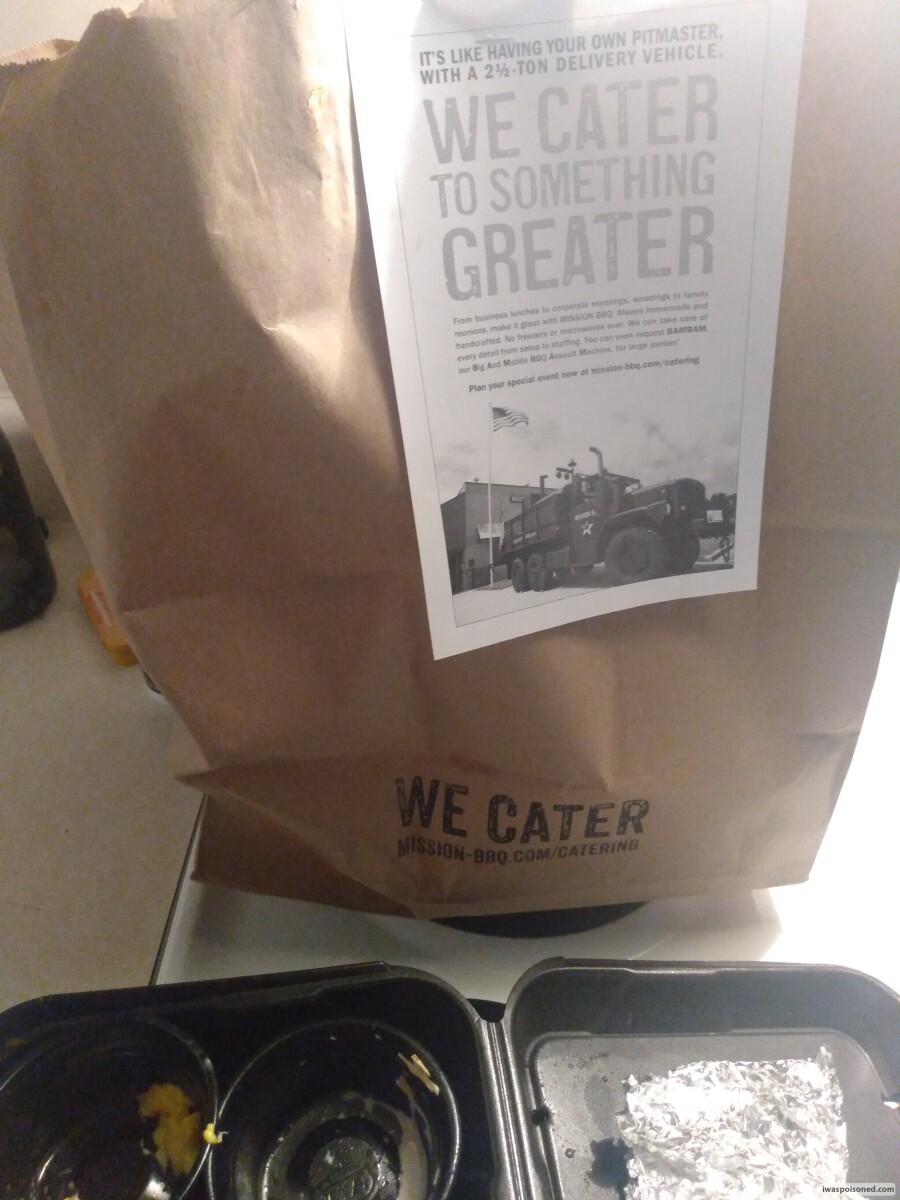 “I ate orange chicken. They had about 30 take out orders. They obviously didn’t use sanitary precautions. I threw up the entire meal (definitely did poisoning)

Had 3.1 stars on google, and that’s wayyyy toooo high.

Thus place should be investigated!
Please don’t order from here! ”

“I had a smoothie this afternoon. I have one about three times per week at the same location, and it’s always the same, (32 oz, lean strawberry with protein.) I had stomach cramps about 35 minutes or so after having it. About three hours later the diarrhea started. It won’t... See More stop! ”

“We ordered the crabs for two, with old bay seasoning. First thing off the bat, THEY SERVE SHRIMP WITH POOP! Management did not care, said it was how they do things. I’ve never known cooked shrimp to be served with a slit down the middle while containing POOP! Ridiculous, now... See More for $75 i’m puking my guts out so is my partner! ”

Type: Poisoned
Symptoms: Diarrhea Nausea Vomiting Other Stomach Pain
May 28 2020 at 3:23 AM 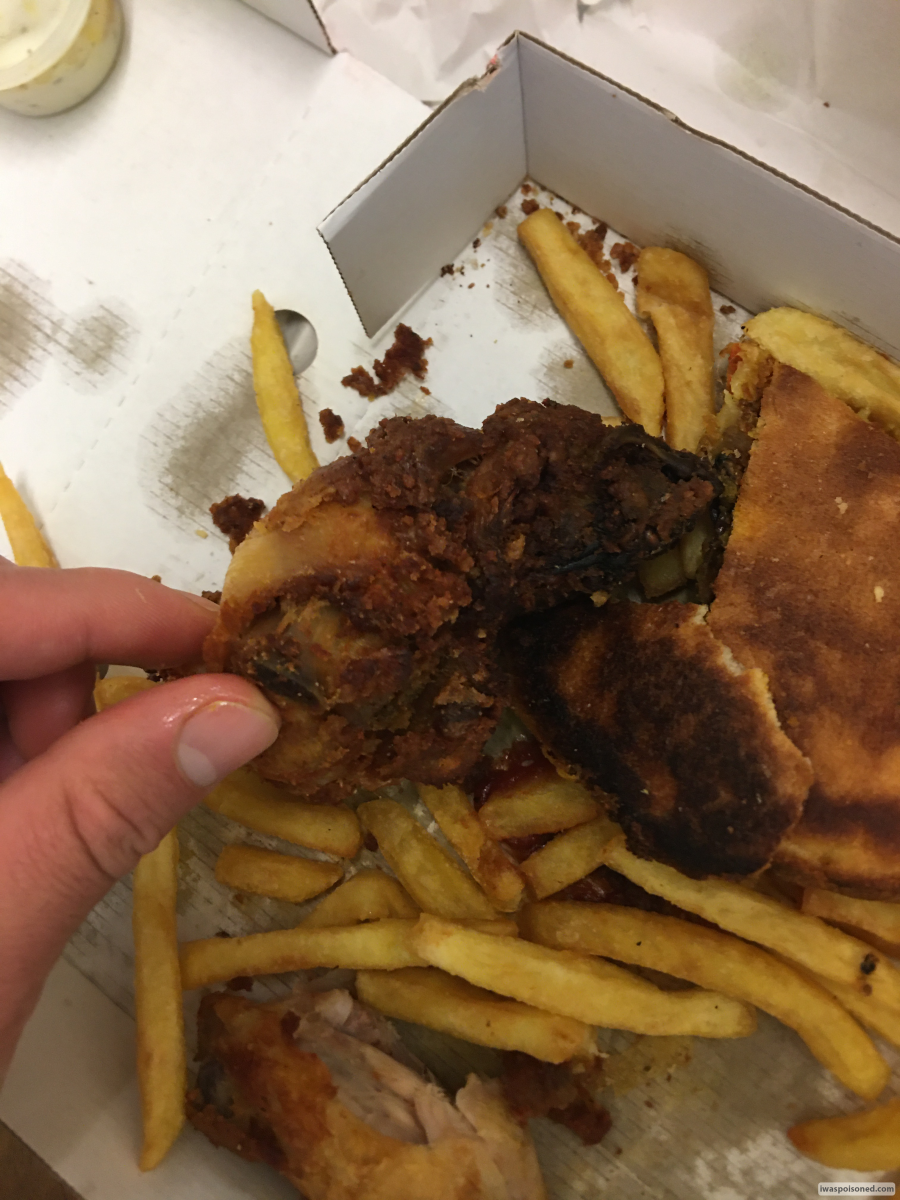 “I ordered this on UberEATS. I got a Calzone and chicken and chips. I have been vomiting, stomach is hurting and making noise since I ate a little bit of the food last night (28/05/2020) 12:30. It was disgusting food; please be aware of the place. My throat feels itchy... See More also. ” 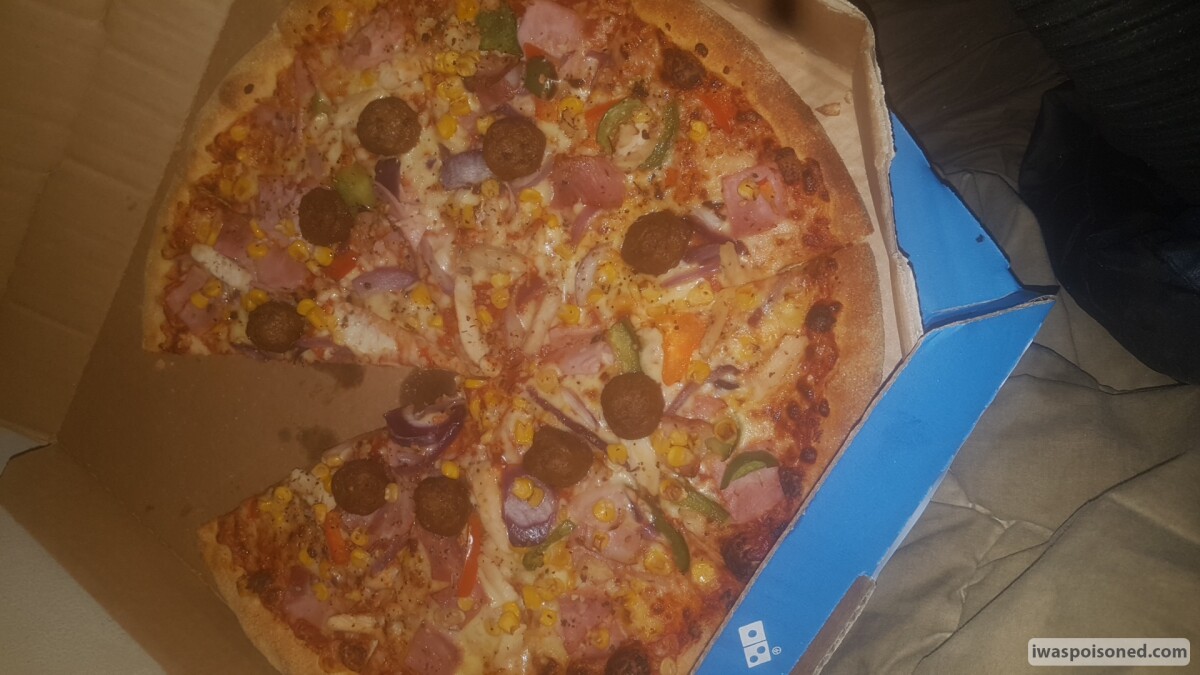 “I ordered a pizza from them with many many toppings. They delivered it fairly fast however it's the same day after sleeping now my burps smell like sulfur and I've thrown up twice and have diarrhoea and I have a huge headache DO NOT order from them I have major... See More stomach pains and issues and it's horrible ”