As soon as my boyfriend ate cinnamon toast crunch this morning he started feeling awful, it's been a full day now, he's currently freezing even though it's not cold at all in here and he's breathing very heavily. I asked him if he's certain it was the cinnamon toast crunch and he said he's sure of it, he was feeling perfectly fine prior and almost immediately after he felt sick. I'm very concerned for him and I don't know what to do, two of my coworkers are very busy this week, one is currently out of country and the other has her daughter visiting from Thailand so it's going so it's going to be very difficult to call out this week and I'm afraid we may have to go to the hospital. Very cold, having trouble moving to the point I have to help him drink water, breathing heavy, headache | Symptoms: Headache 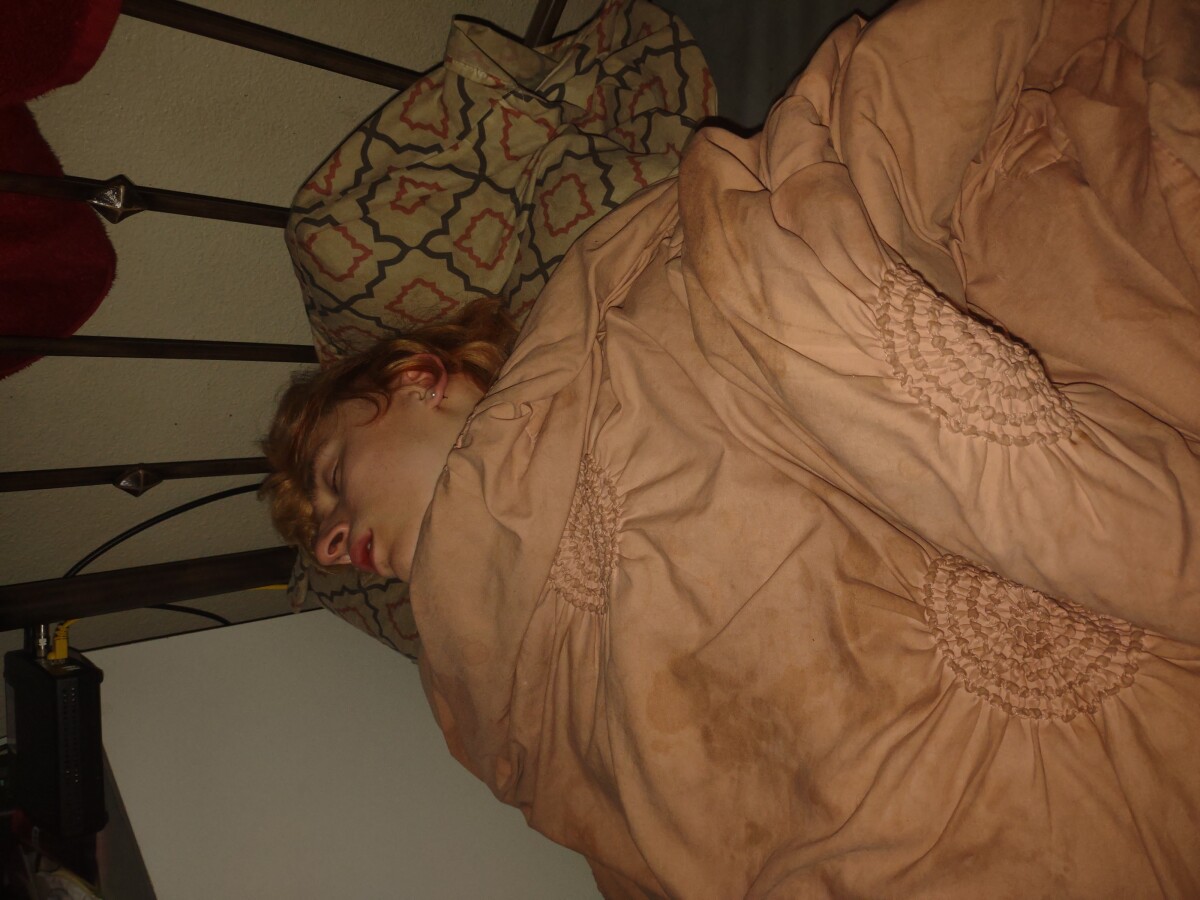 I ate a handful of Cinnamon Toast Crunch, dry no milk because I had a sweet tooth. About 30 minutes later, my stomach starting hurting really bad, followed by diarrhea and then sweating episodes. I’m so miserable right now. | Symptoms: Nausea, Diarrhea, Sweating, Stomach Pain See Less

After eating a bowl of cereal I noticed I had some diarrhea, but I didn’t think it was because of the cereal. I had a second bowl. My stomach started cramping really bad and I had extreme diarrhea and I start to felt nauseous. | Symptoms: Diarrhea, Nausea, Cramps See Less

I was feeling totally fine, then before going to bed I had a bow of Cinnamon Toast Crunch about 2 am. I woke up with an intense cramping. I had a very bad diarrhea and nauseous.
I bought it in Columbus, OH. I can't remember which store, but I believe it was there. | Symptoms: Nausea, Diarrhea, Cramps See Less 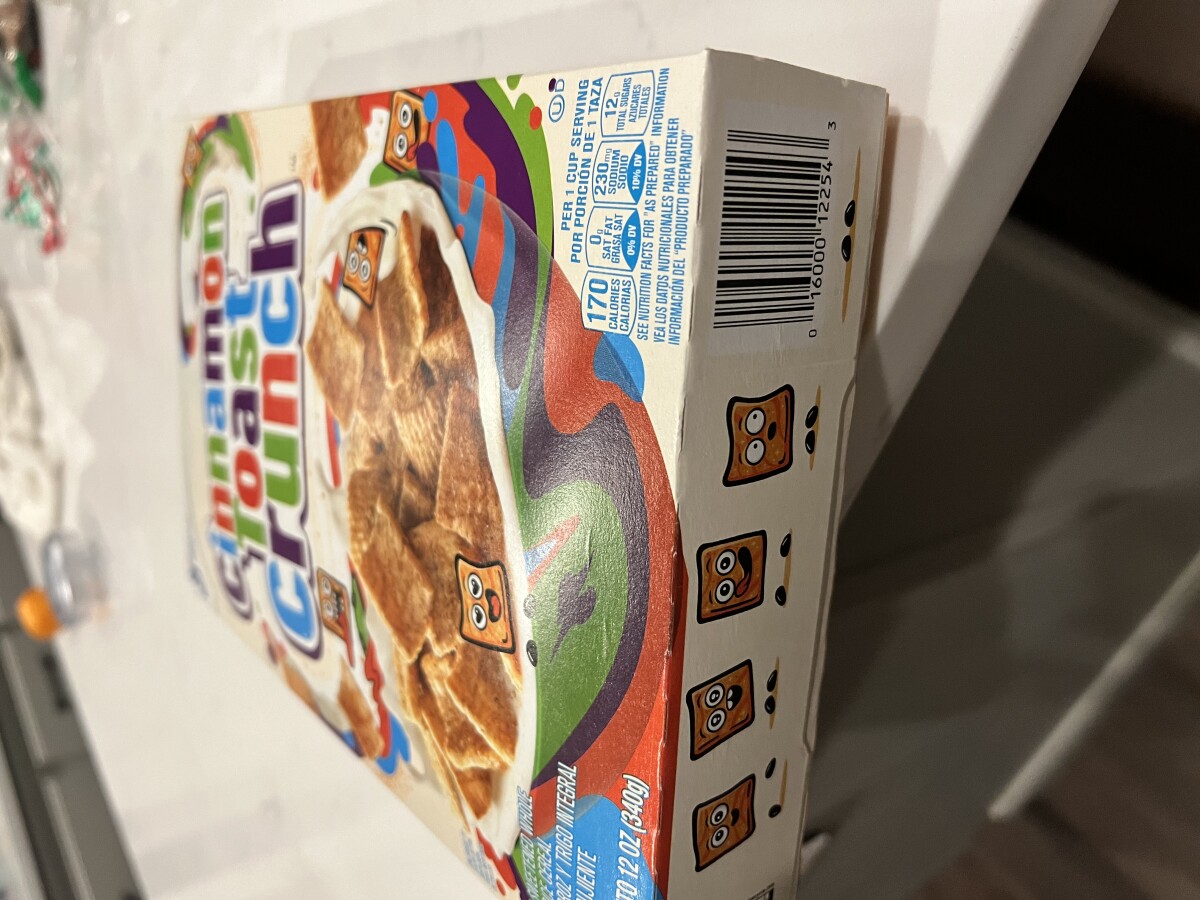 I ate this lucky charms cereal a week ago and I got very sick with stomach cramps, nausea and diarrhea. I thought I had the flu. But then I ate the same cereal again tonight and now I have the same symptoms. I will never buy General Mills cereal again. | Symptoms: Nausea, Diarrhea, Cramps See Less 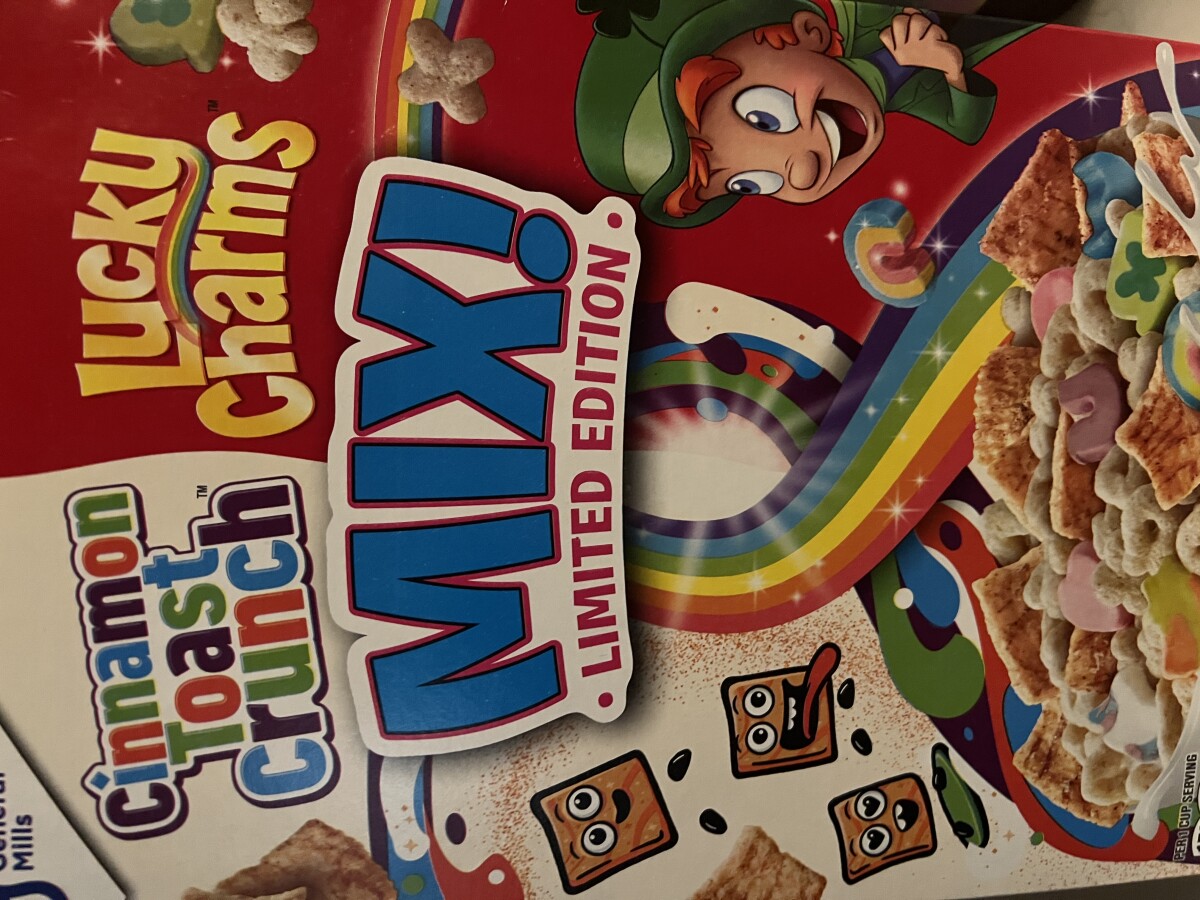 Suspected food poisoning. Symptoms: Diarrhea,Fever,Stomach Pain,Cramps,Chills
Suspected source: steak at this location
Onset: 10-12 hours
Duration: 24+ hours
Sick: 2
Additional information: the only thing my wife ate at here was some rib-eye steak ~12 hours later she got very sick messes the bed and spent most... See More of the night on the potty,30 hours later she is still very sick my systems were typical MSG issues, about 30 minutes after eating my system revolts. | Symptoms: Diarrhea, Fever, Stomach Pain, Cramps, Chills See Less

Had a hungry man's TV dinner within 20 minutes was vomiting (I do have stomach issues but a trip to the er for compozine works) after 4 hours went to ER ccontinued vomiting after whole ordeal lasted 24 hours no diarrhea but cramps and nausea. Vomited so long and hard pulled my chest muscle | Symptoms: Nausea, Vomiting, Cramps See Less

I got sick after eating Chow Mein, 10/21/22 I ate chow mein from here. Only chow mein, and i got soo sick. I fell asleep after i ate dinner, and woke up more sick than id ever been in my life. I immediately started puking, couldnt stop.... See More Puked everything i drank up, for over 4 hours. Puked every 10 minutes for hours and thought i was going to die. Every-time i got sick,i felt weaker and more dehydrated, the worst part, i cant move right now im so weak. I really needed to go to er and get an iv in me but i cant move. As soon as i gather the strength thats where im going. I was up the entire night of the 21st into the 22 , getting sick. Now its the 23rd
Which i stopped puking probably 6 am the 22nd. I just have no energy to move because Im so dehydrated. | Symptoms: Nausea, Vomiting, Dehydration, Weakness See Less 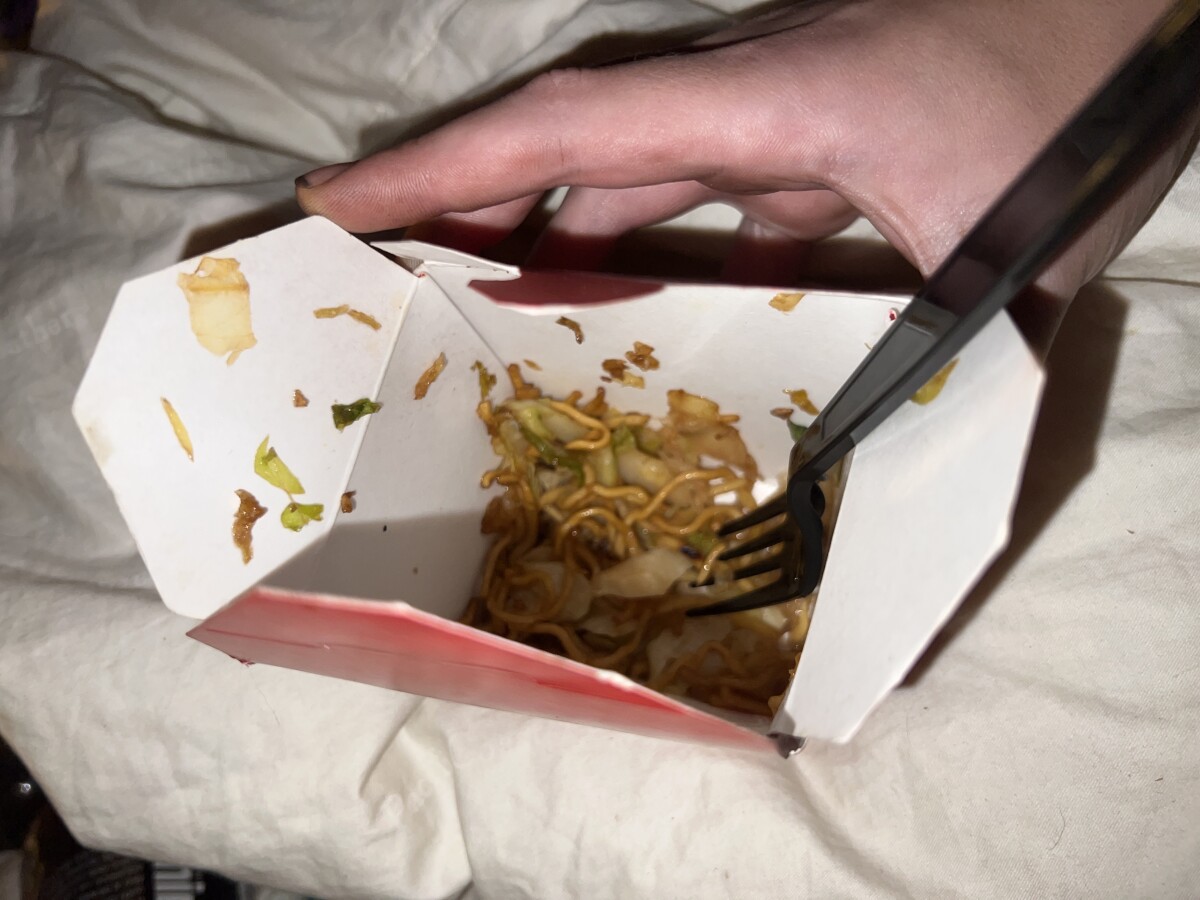 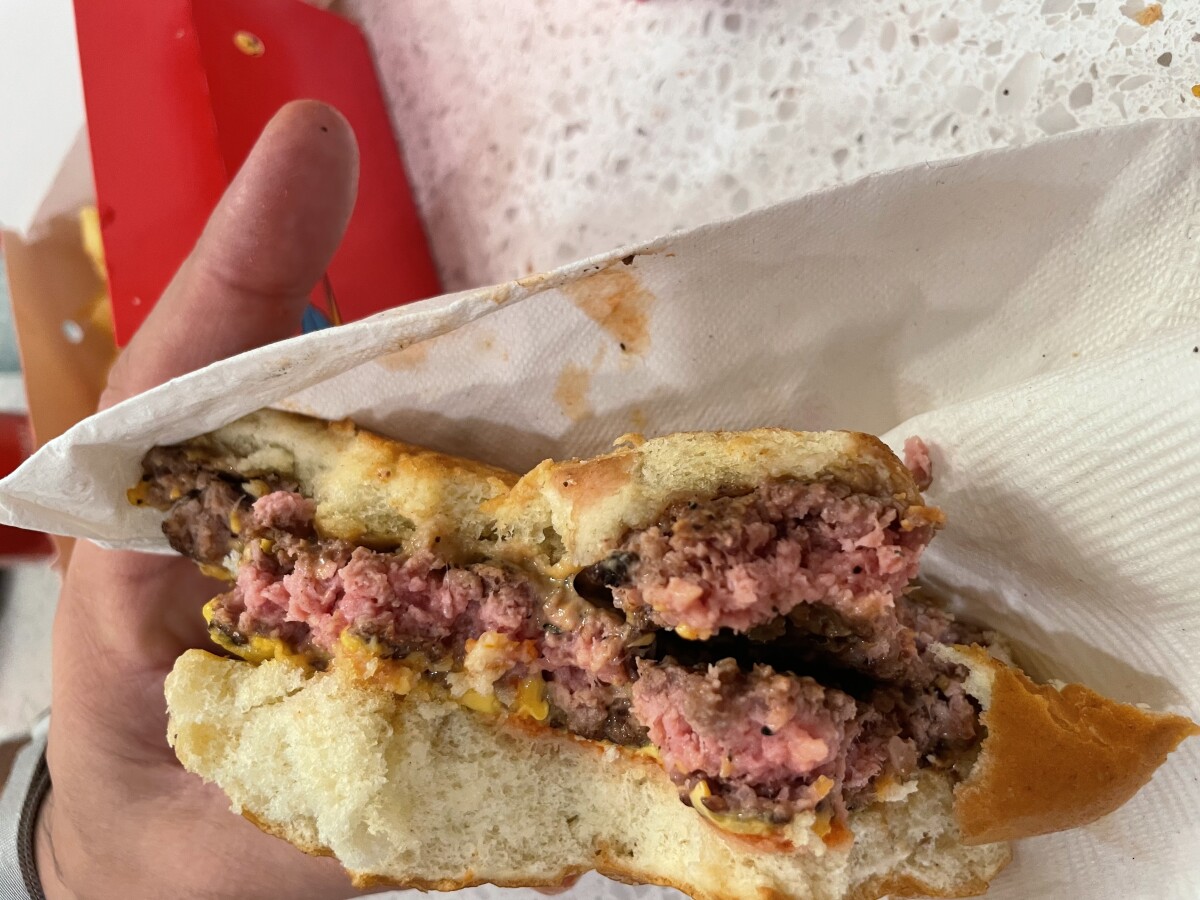 1.8K
Helpful Add report Follow
Copy link
Embed report Copy link Report a concern
ZF
anonymous7946
Omg I hope you said something after throwing that away! Ask for a refund and report to your local health inspector!!
Reply 2 weeks ago
QA
anonymous8044
This guy is a billionaire, and can’t even hire people to cook properly???
Reply 1 week ago
ND

Ate the wings and the kobe beef burger. Didn't sit well and a few hours later I was vomiting until 5 am. Husband had a bite and his stomach was upset too. | Symptoms: Nausea, Diarrhea, Vomiting See Less 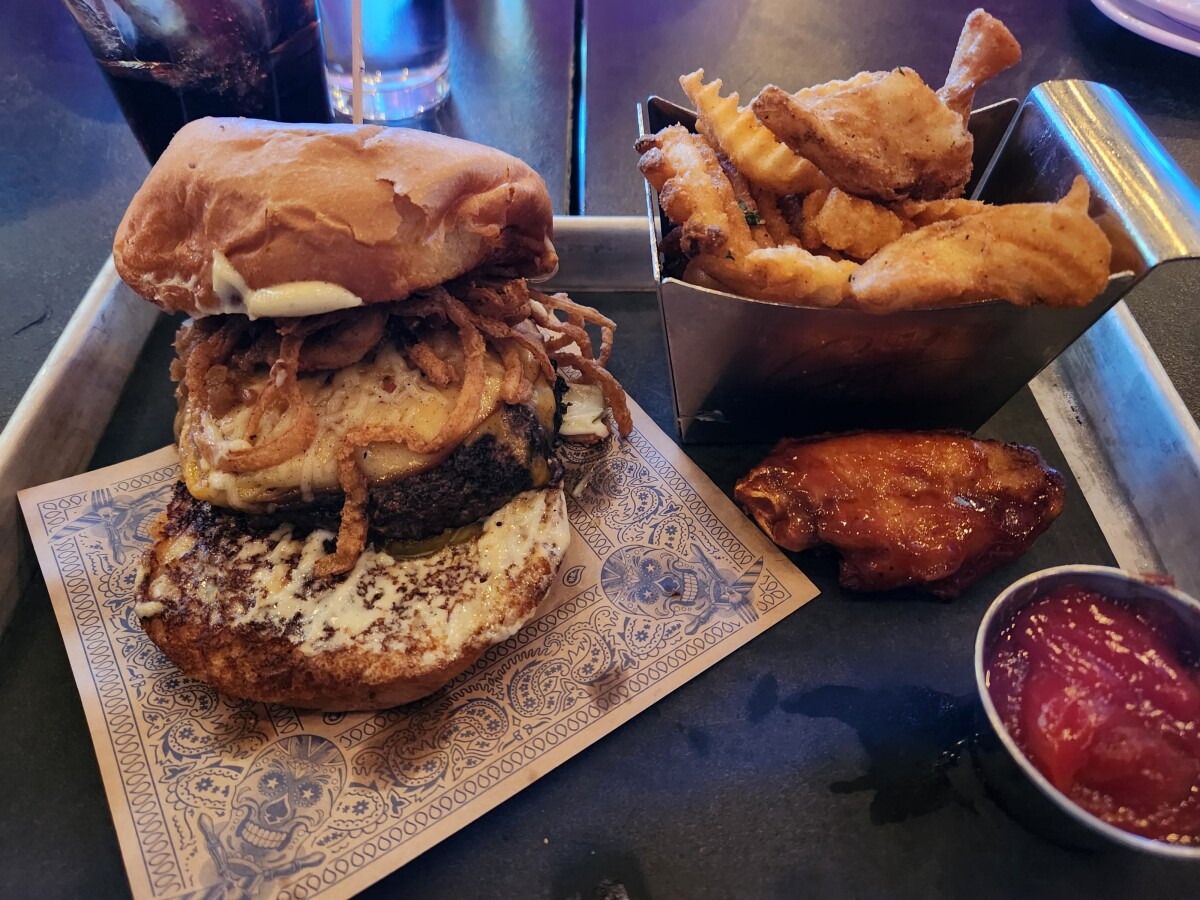 Ordered chicken soup and fries on November 15th and felt nauseous immediately. Threw up the next day and couldn’t keep anything down. The day after I had diarrhea every hour for over 24 hours. I almost had to go to the ER. | Symptoms: Nausea, Diarrhea, Vomiting See Less 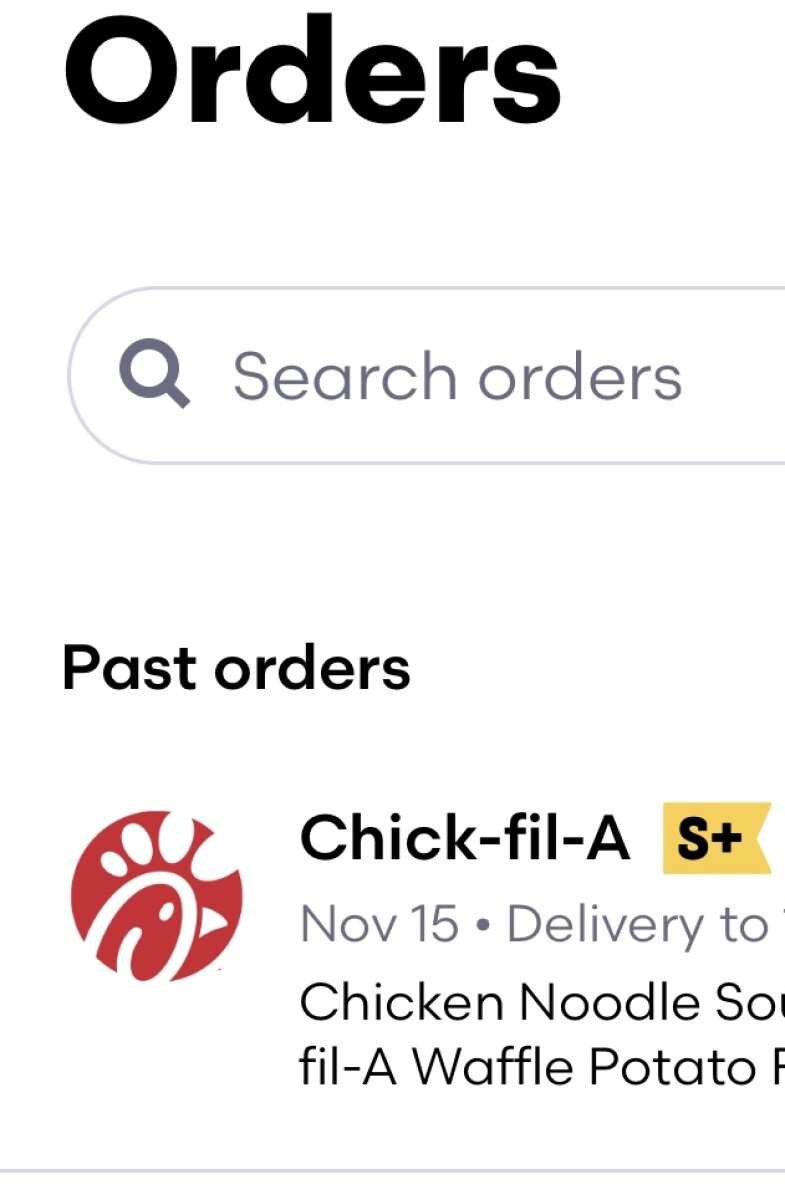 The OSDH is working with Custer and Caddo County Health Departments and other local partners to investigate the cause of an increased number of cases of Campylobacter and Shiga-toxin producing E. coli. The outbreak of the Campylobacter and Shiga-toxin producing E. coli was identified Oct. 25, 2022... See More in the Hydro and Weatherford area. Since the onset of the outbreak, OSDH and the local county health departments have worked with other partners to conduct tests and individual surveys of those who have presented with the illness.

To find the source of the outbreak they will apply a secure, electronic survey of all Custer County, Hydro, Hinton and Lookeba residents. The surveys will be shared with residents through the local Emergency Alert System. These surveys are seeking to find additional illnesses that may not have presented to a healthcare provider, as well as the differences in recent activities between those who have been sick and those that have not. The information collected is secure and will only be used for the purpose of determining a cause of illness.

Person-to-person spread is rare with these illnesses, rather it is more common to contract these illnesses through consumption of undercooked meat, contaminated raw milk or water and the handling of raw poultry or pork without washing hands or surfaces properly.

In case you are experiencing E. coli symptoms such as watery diarrhea (often bloody), vomiting; stomach cramps; and mild fever or Campylobacter symptoms such as diarrhea (often bloody), fever, nausea, vomiting, and stomach cramps, report it now. It can help to detect & resolve outbreaks early and prevent others from being harmed, and it enables better surveillance. If symptoms persist, seek medical care.

The CFIA announced the recall of none brand Ground Turkey Extra Lean 98/2 by Rowe Beef Co. Ltd. due to pieces of bone. This product has been sold nationally.

Do not use, sell, serve or distribute the affected product.

In case you experienced harm from extraneous materials, it is important to report it. It can help to detect & resolve issues and prevent others from being harmed, and it enables better surveillance. 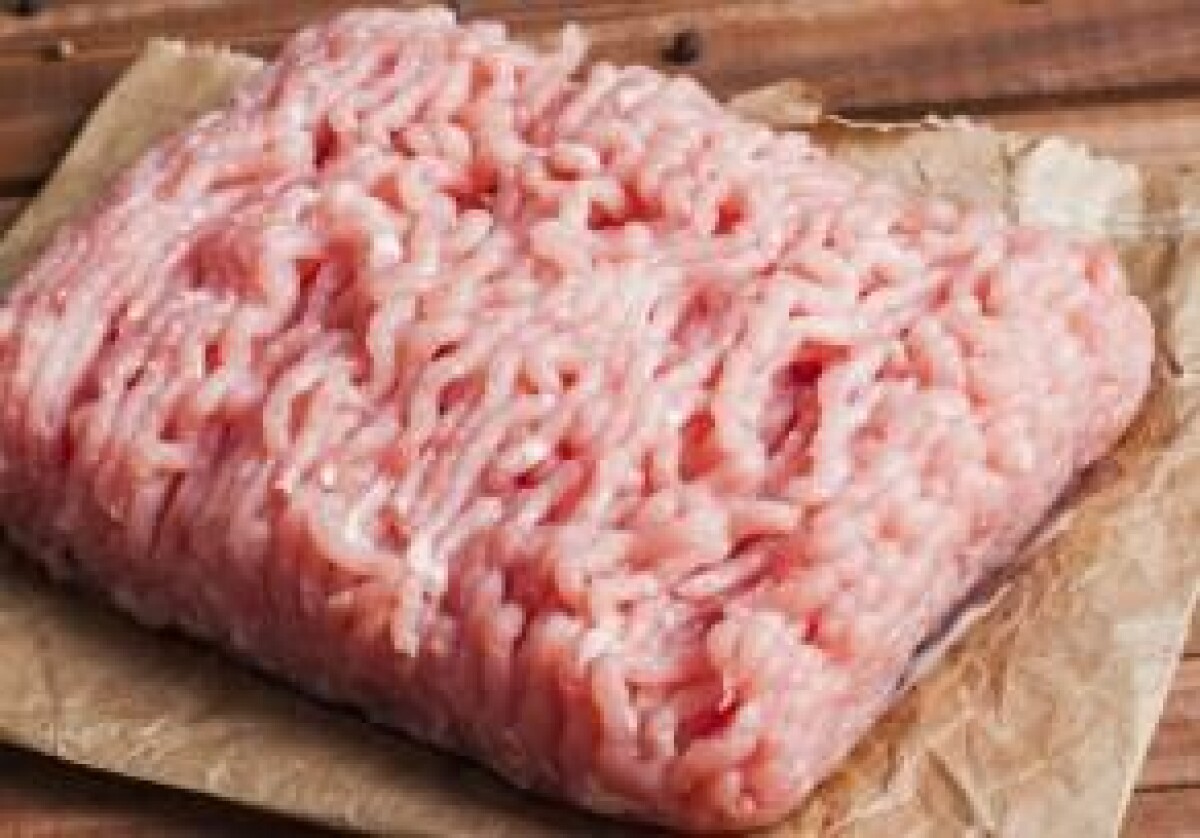 My husband was out of the house the entire day. When he got home he dashed this. That was the only meal we shared that day. He ate nothing from the house. I awoke with diarrhea ad nausea. He awoke vomitting. | Symptoms: Nausea, Diarrhea, Vomiting See Less 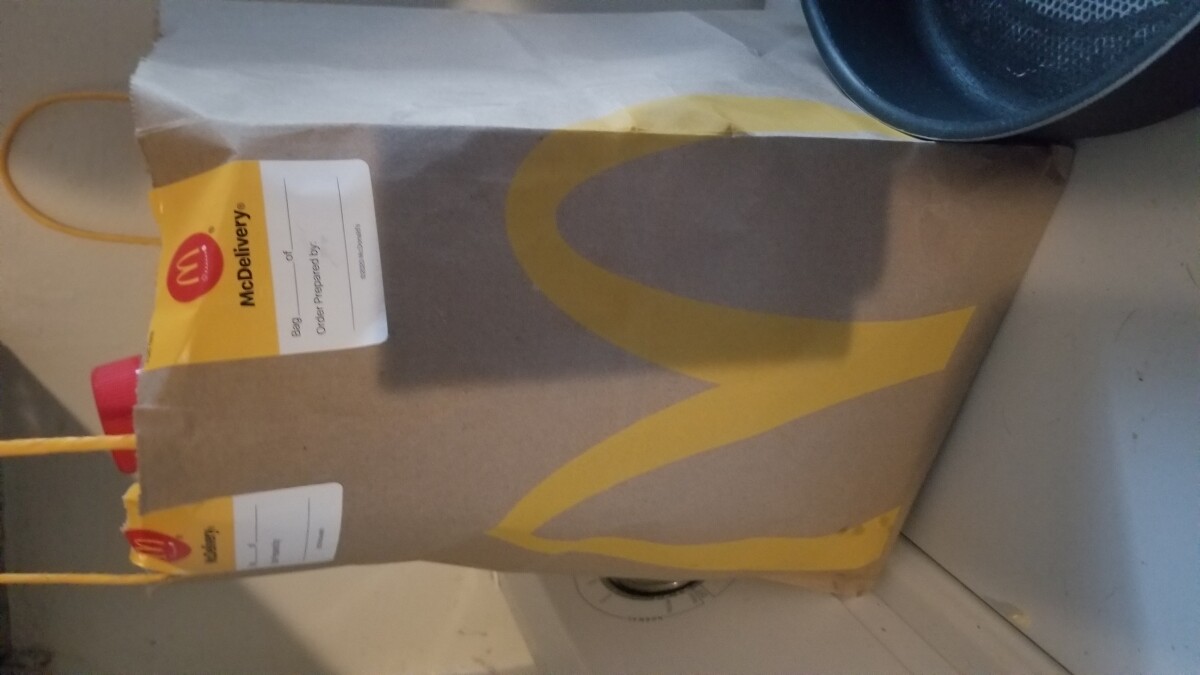 Both my husband and I within an hour of eating here experienced diarrhea & nausea continuing into the next morning. Hopefully this doesn’t last much longer!! | Symptoms: Nausea, Diarrhea See Less

Had chicken kebabs there last night, there were three people in our group eating them and we all woke up with diarrhea and nausea. Kebabs didn’t taste right and were kind of salty. We did not eat anything else last night. | Symptoms: Nausea, Diarrhea See Less 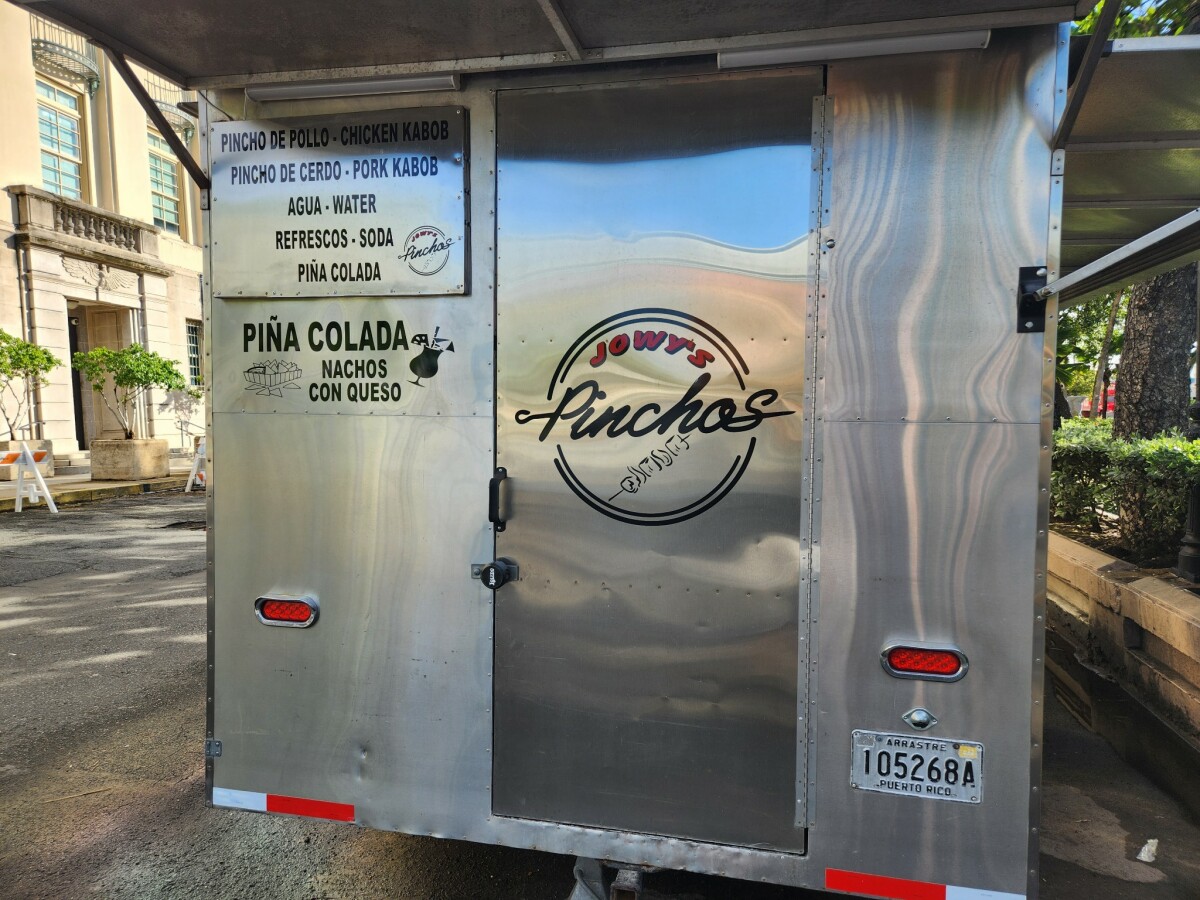 Daughter ate a turkey and cheese Lunchable yesterday for lunch and began puking her brains on this morning. No one else in the house is sick. From 7am-2pm she vomited 11 times. Kept drinking pedialyte, and eating saltines when she wanted. After 5:30pm she vomited and then again after 8pm. | Symptoms: Diarrhea, Vomiting See Less 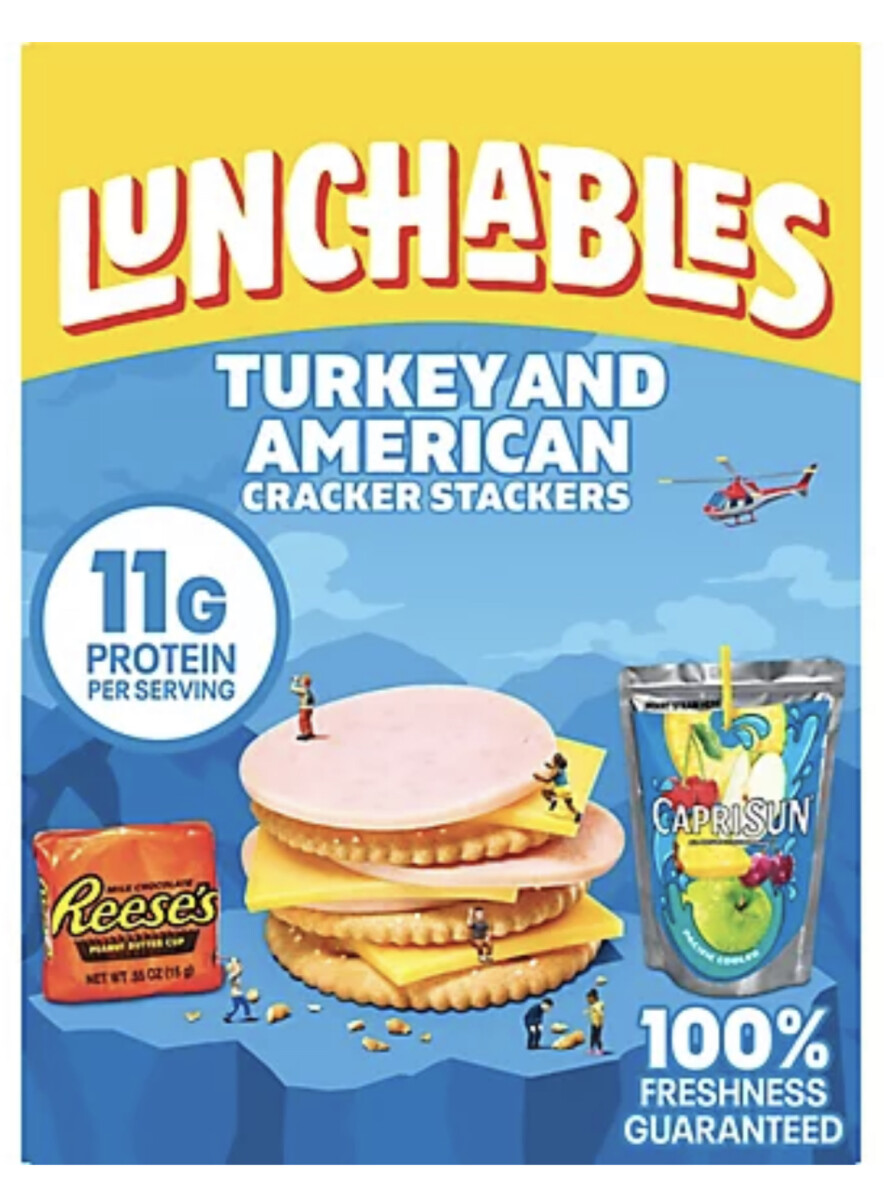 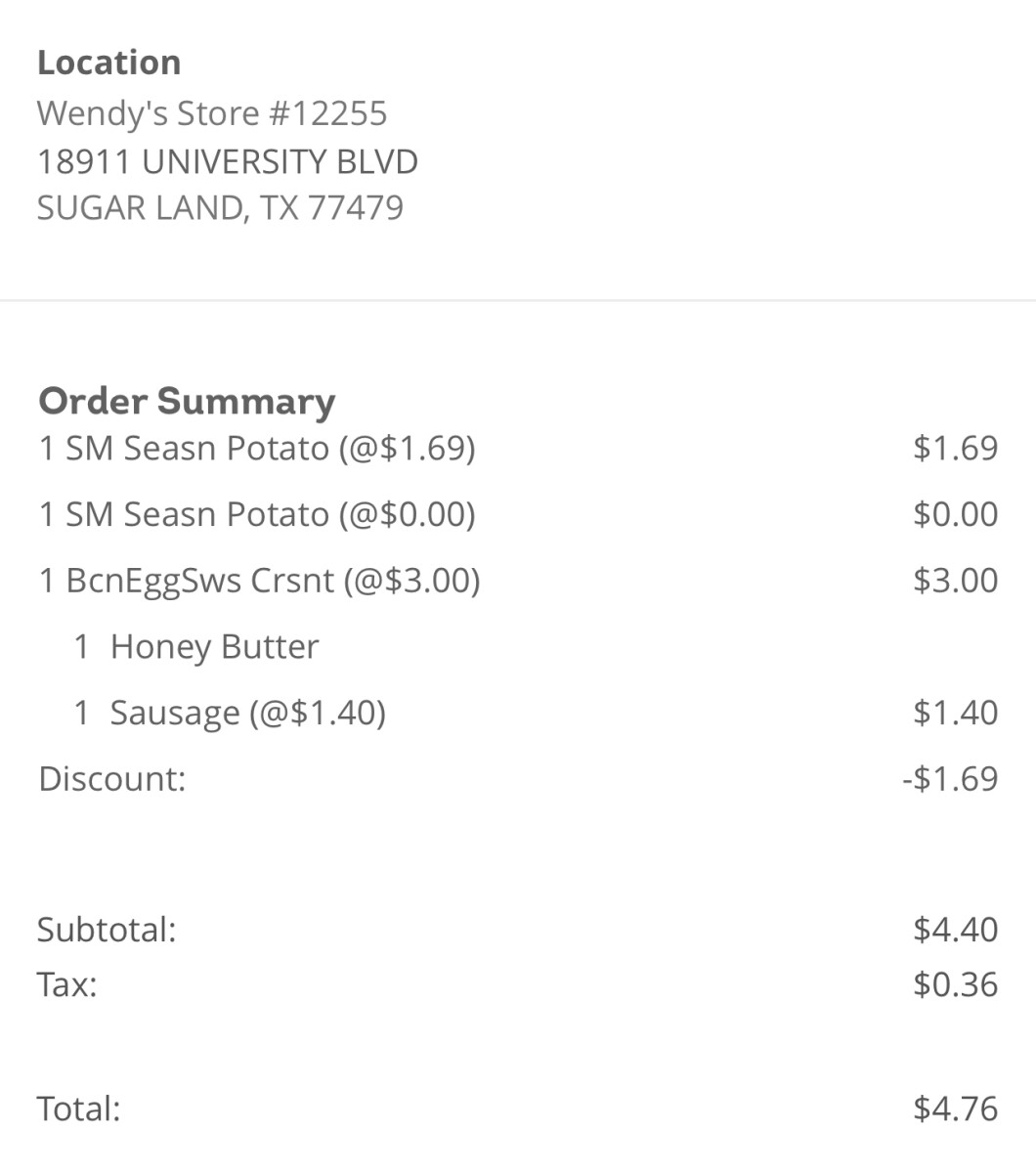