Patrick Quade from iwaspoisoned.com presented at GFSI 2019 alongside industry leaders 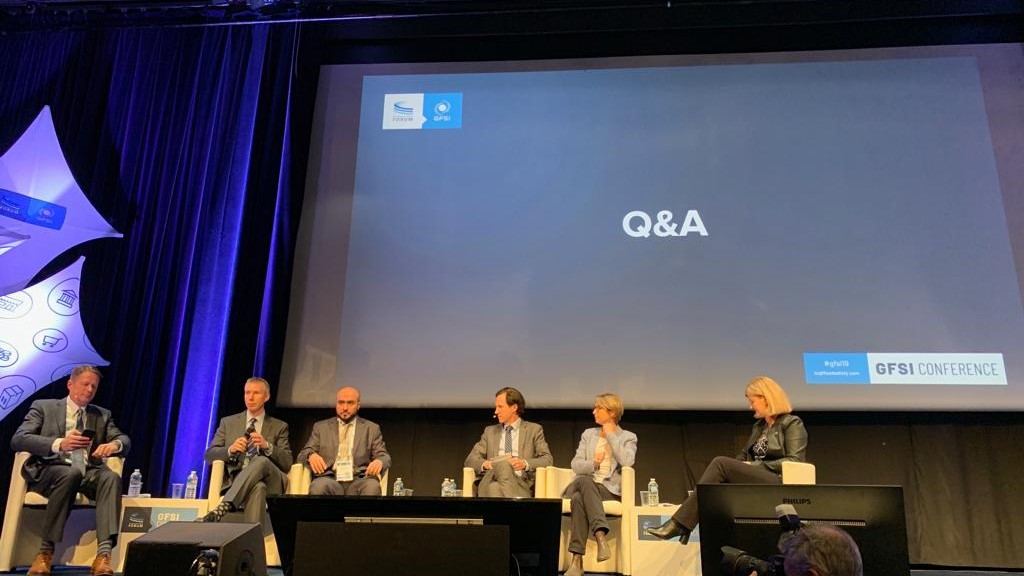 The Global Food Safety Initiative is a major international organization that brings together the key actors from the food industry to collaboratively drive continuous improvement in food safety management systems around the world. Mike Robach, the current chair of the board for the organization, was most recently the longtime head of food safety for Cargill. Other board members include global leaders from Coco-Cola, McDonald's, Nestle and Amazon. 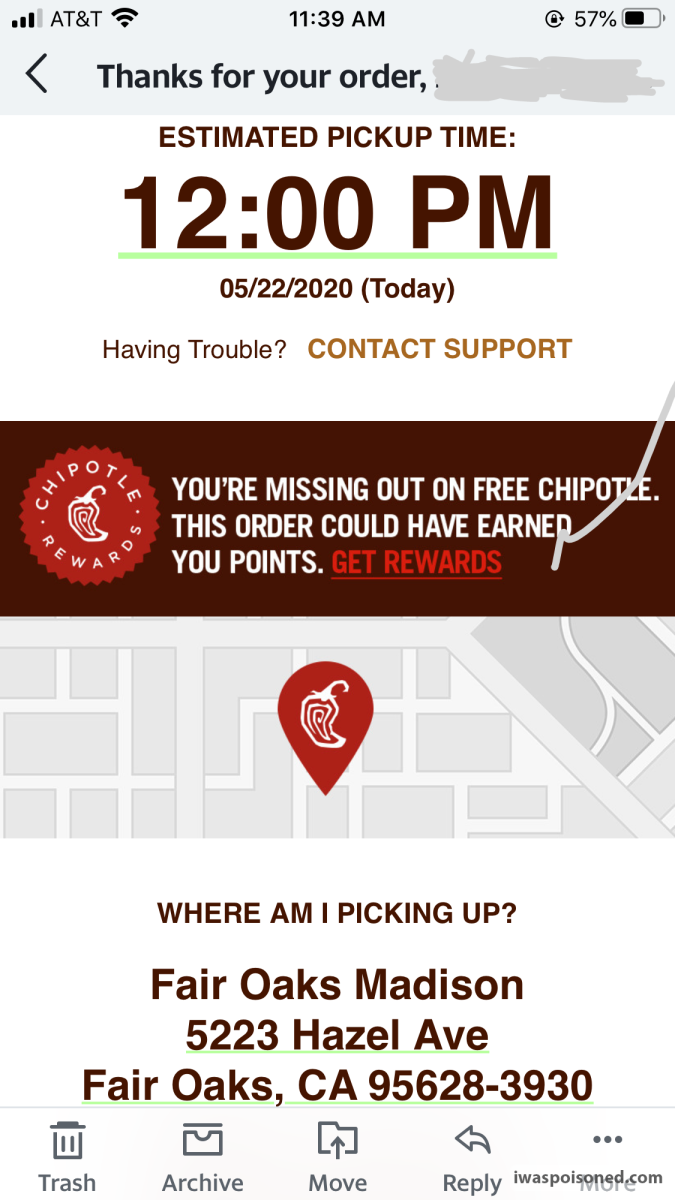 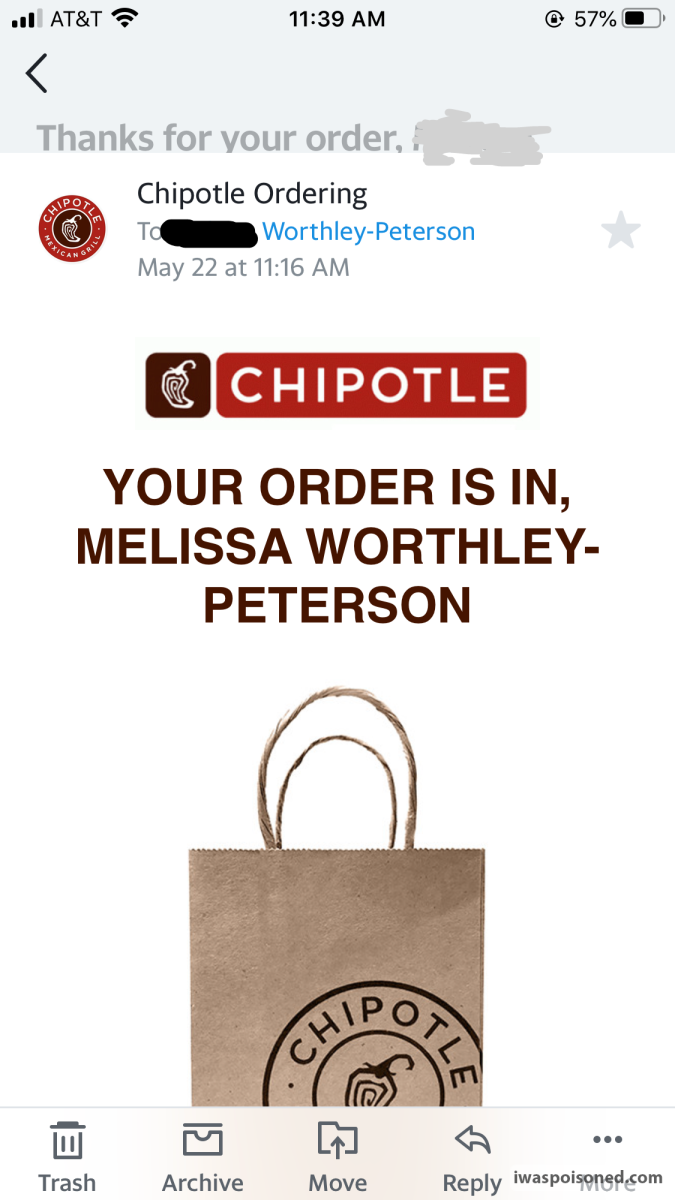 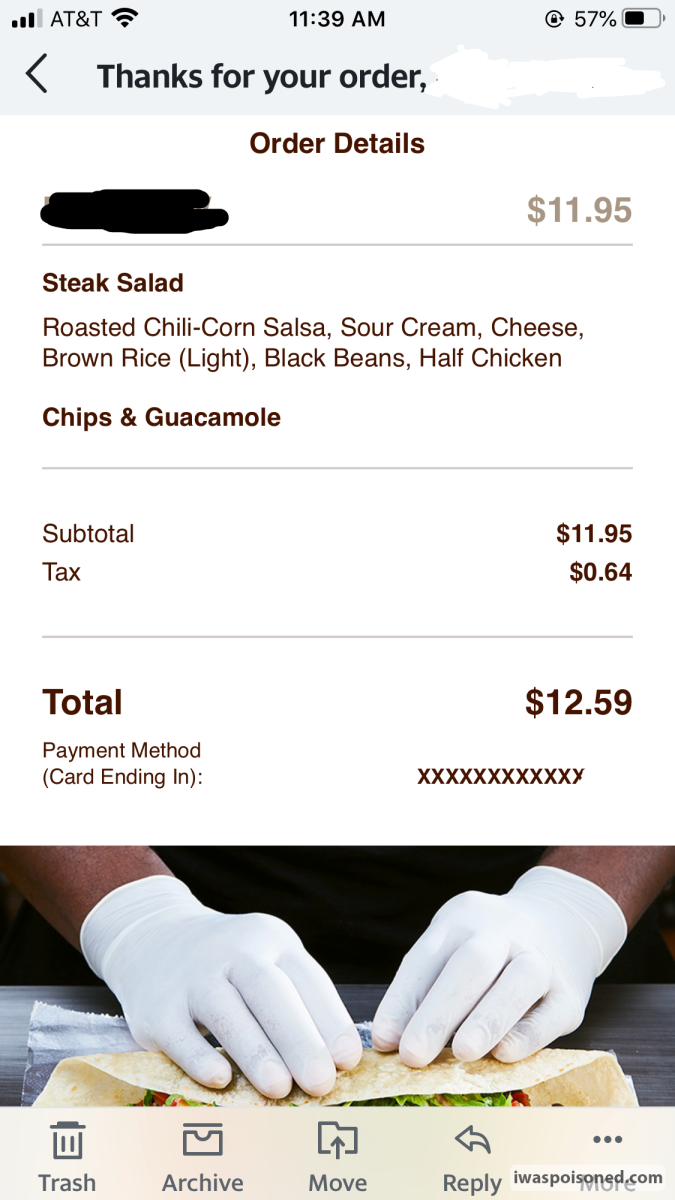 “Steak and chicken salad from there  Ate 1/2 salad at 12:30 pm, nausea started around 8 pm, vomiting and diarrhea around 11 pm and every couple hours thru the night  ” 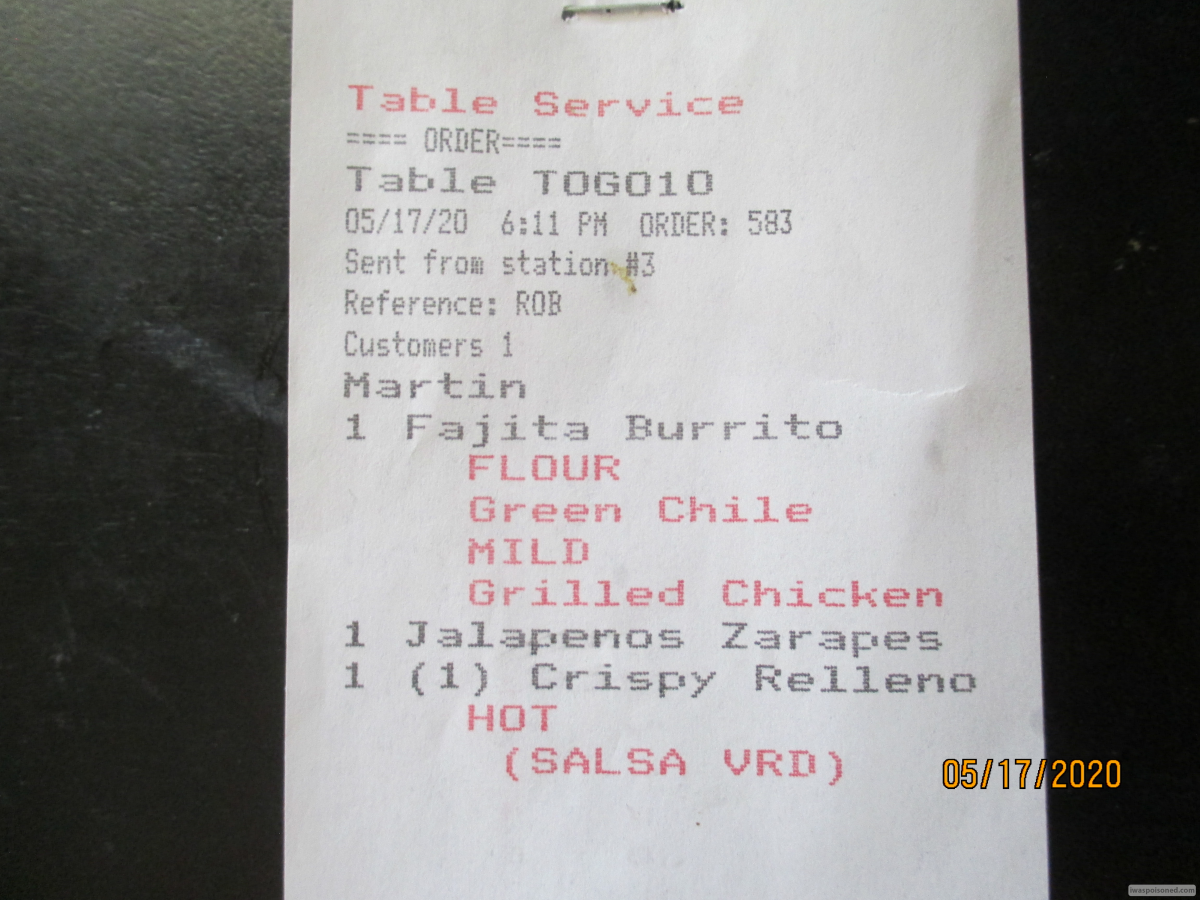 “Ordered Carry out, picked up the food and went home. On 5/17/20 had ordered a Chicken Fajita Burrito. It tasted ok and looked ok but shortly after eating started having stomach discomfort and nausea. within a few hours after eating started having diarrhea which continued through the night. I've eaten... See More there many times in the past and never had any issues and hope to go back again someday soon. ”

“My toddler woken up around 6 something morning and was throwing up we made nachos that night could it be the chilli that made her sick but I remember the Chesse was a little spicy now I'm dealing with also diarrhea Just my daughter it started around 6 in the... See More morning ”

“I had a chicken buffalo salad and shortly after began feeling sick and experiencing diarrhea. ” 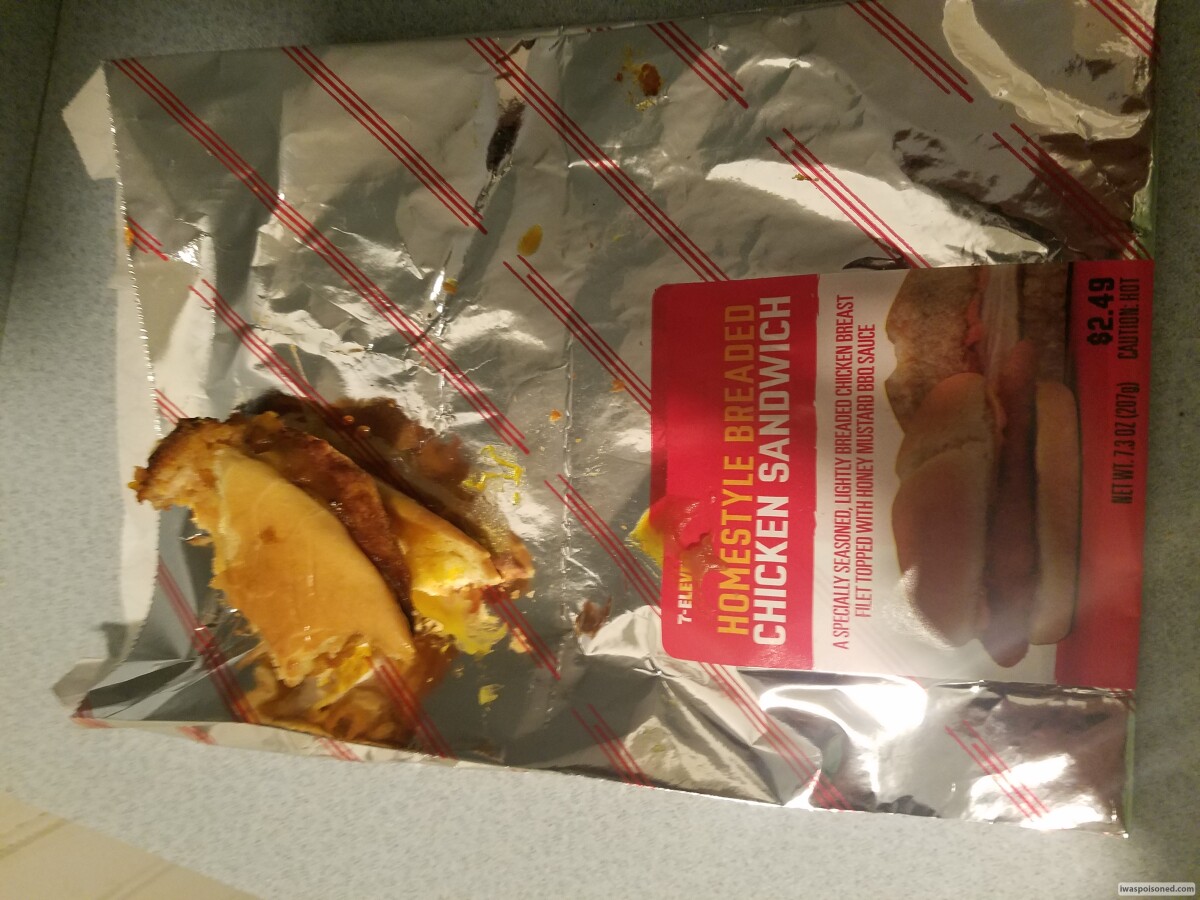 “I only ate 1 meal yesterday and that was in the evening because I am trying to lose weight. I live right next door place.... I went and bought a chicken sandwich and an 8 piece boneless orange chicken kabob. Only a few hours later around 930 pm I intensely... See More vomited and started feeling nausea. Since than anytime k try to eat even a night of plain bread or drink a little bit of water I intensely vomit over and over untill I am out of breath and rolled over on the floor. I have since stopped trying to eat or drink and I still feel nausea and have thrown up 3 times since all stomach acid ”

“My father has brought bucket of spicy chicken and everyone has 3 price of chicken and some fries on the side. I ate only 1 chicken due to me being full. Few minutes later my stomach starts hurting a lot, felt like I was going to throw up and pass... See More out. I ran into the bathroom to empty out my stomach. I've had diarrhea for the 2 days. Never again. ”

“coffee with cream and sugar 3-5hours after we drank the coffee. All I can think that's created the issue, because its the only thing we both have consumed.
digestive irritability, kidneys hurt realitively bad aswell. ” 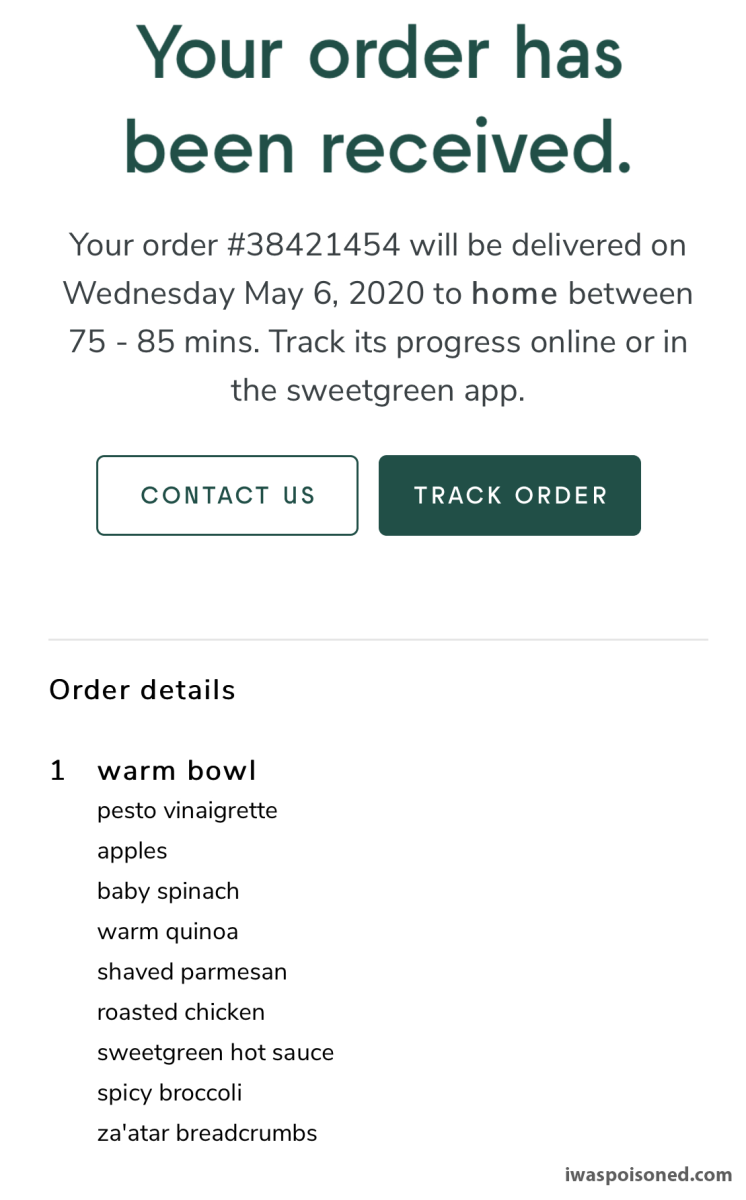 “salad  This has happened to me before so I’m an idiot to order delivery from this location again! I ate a salad and about an hour later felt sick to my stomach — diarrhea, nausea, etc.  ”

“Provolone cheese or cool whip I live alone, so just me. Onset approx. 30 min...severe cramping left side and solar plexus! No relief from otc Gascony or bicarbonate soda. Only felt better 48 hours in and about 10 Bm’s lots of sleep, I thought it was flu but vomiting only... See More clear fluids and nausea was also present. Low grade fever 99.6 ”

“Not sure but we thinks it’s their birthday cake  We ate a birthday cake from there that was picked up today and we notice it tasted like rose perfume after a few bites. Now two people feel sick and their stomachs and throats burn  ”