March 26th, 2022, ****LUCKY CHARMS****
My son who is 3 years old and borderline nonverbal with sensory issues had intense abdominal pain episodes 3 times within a 3 week period starting the night of March 26th, 2020. Each episode I thought it was a seizure because he was unresponsive, screaming, in shock, and thrashing. I have a video of the last one on April 13th, 2020 for evidence. Throughout that 3 week period he was coughing, drooling, refusing to eat, and scraping his tongue with his hands, pointing in his mouth. The doctor could not find an answer with a general check up. Today I see Lucky Charms had a recall of Trisodium Phosphate. He loves Lucky Charms and would eat them very frequently. All of the symptoms of Trisodium Phosphate poisoning meets his criteria of illness. Now i’m not sure if this has done permanent damage to his GI tract or not but he hasn’t acted the same towards food or in general since this happened. He is often very sick and continues to have green diarrhea. He barely eats anything at all and fills up on milk. | Symptoms: Cough, Stomach Pain

I had eaten Lucky Charms a lot, as it is my favorite cereal and I buy it regularly, but lately it had given me horrible stomach pains and made me feel sick. I got diarrhea after eating it, and after a few times of it happening after... See More the only thing I had eaten was Lucky Charms, I stopped eating it. I knew it wasn’t the milk either because I love milk and drink it all day long and hadn’t had issues at other times in the day. Fast forward several weeks, my husband went to get a box and mentioned a recall on them. I told him he had to be kidding me because I mentioned all the times I had gotten sick from them, but never knew what to do about it or who to tell. He was surprised I hadn’t heard about it because he knows how I am up on all of that stuff. I started researching it and sure enough, even though there hasn’t been a recall, thousands of others have suffered the same fate as me. I figured it was just me and maybe my body changing, telling me at 38 I shouldn’t be eating this stuff anymore. I guess not, though! I’m glad to learn it wasn’t just me, but surprised at the same time that something hasn’t been done yet. We get ours regularly from Amazon Subscribe and Save. | Symptoms: Nausea, Stomach Pain, Diarrhea See Less 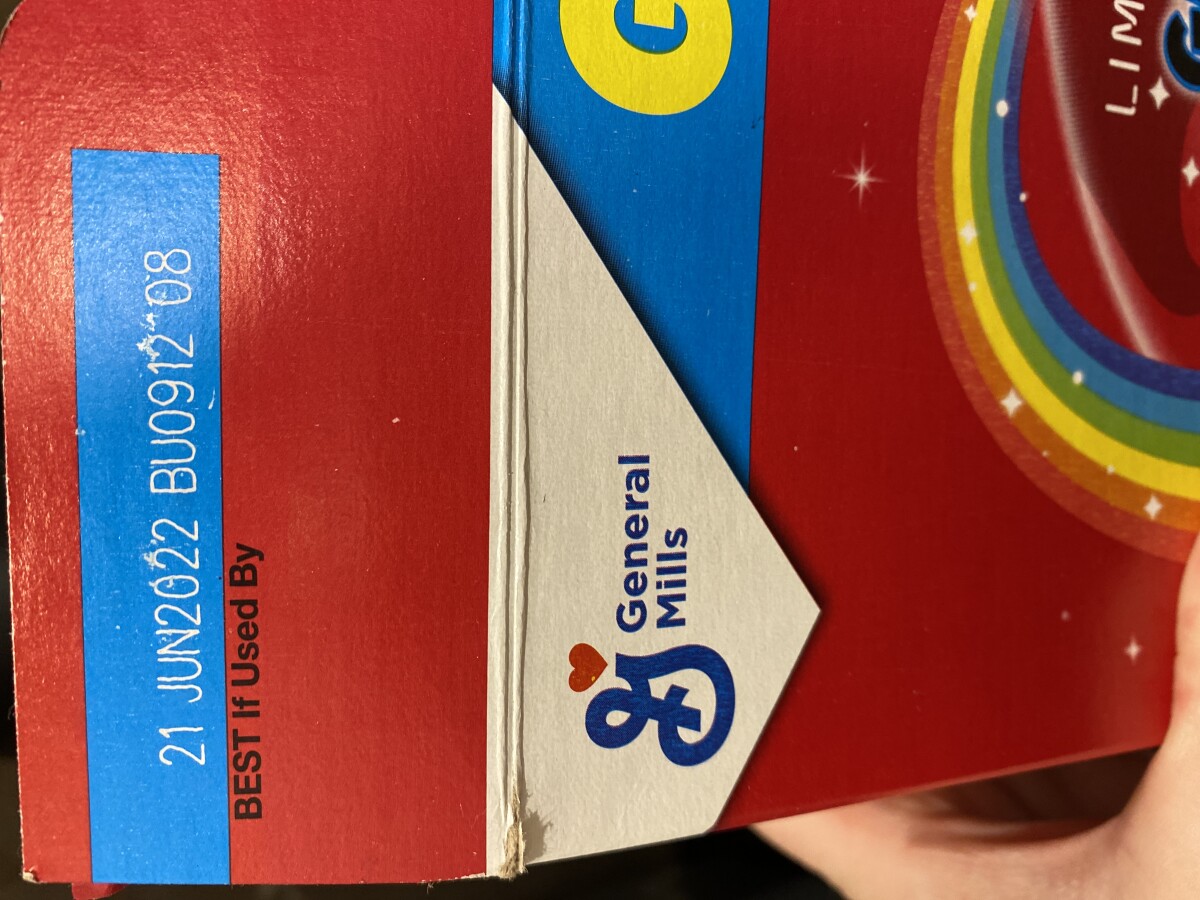 I ate a bowl of lucky charms this moring and now I have the worst stomach ache, Diarrhea, gas and I’m beyond nauseous. What’s funny is I bought a box not even knowing that stuff was going on and decided to look up Lucky charms and saw... See More a whole bunch of posts I regret eating it because now I’m sick. I also have the chills very bad. I just feel awful. | Symptoms: Nausea, Diarrhea, Gas, Chills, Stomach Pain See Less

The new store on the East side of Spartanburg made me very sick. Vomiting and nausea. I had chicken nuggets and fries. | Symptoms: Vomiting, Nausea See Less

I got two boxes of lucky charms and I started to eat them and I woke up sick as a dog I had stomach pains diarrhea nausea and throwing up . To me the cereal didn’t taste right it tasted like rubber … can you please check into this . | Symptoms: Nausea, Diarrhea, Vomiting, Stomach Pain See Less

My son ate lucky charms and have been sick with diarrhea, nausea and vomiting | Symptoms: Nausea, Diarrhea, Vomiting See Less

Bought a Box of lucky charms from here approximately one week ago. Discovered upon eating lucky terms a few times I immediately turn sick. Nausea and diarrhea. This Led to me leaving work twice to deal with noise from eating my breakfast. | Symptoms: Nausea, Diarrhea See Less

I eat a bowl of Lucky Charms and have been sick for 5 days with diarrhea and nausea. Went to emergency on 5 day and they said it was gastrointestinal issue. | Symptoms: Nausea, Diarrhea, Gas See Less 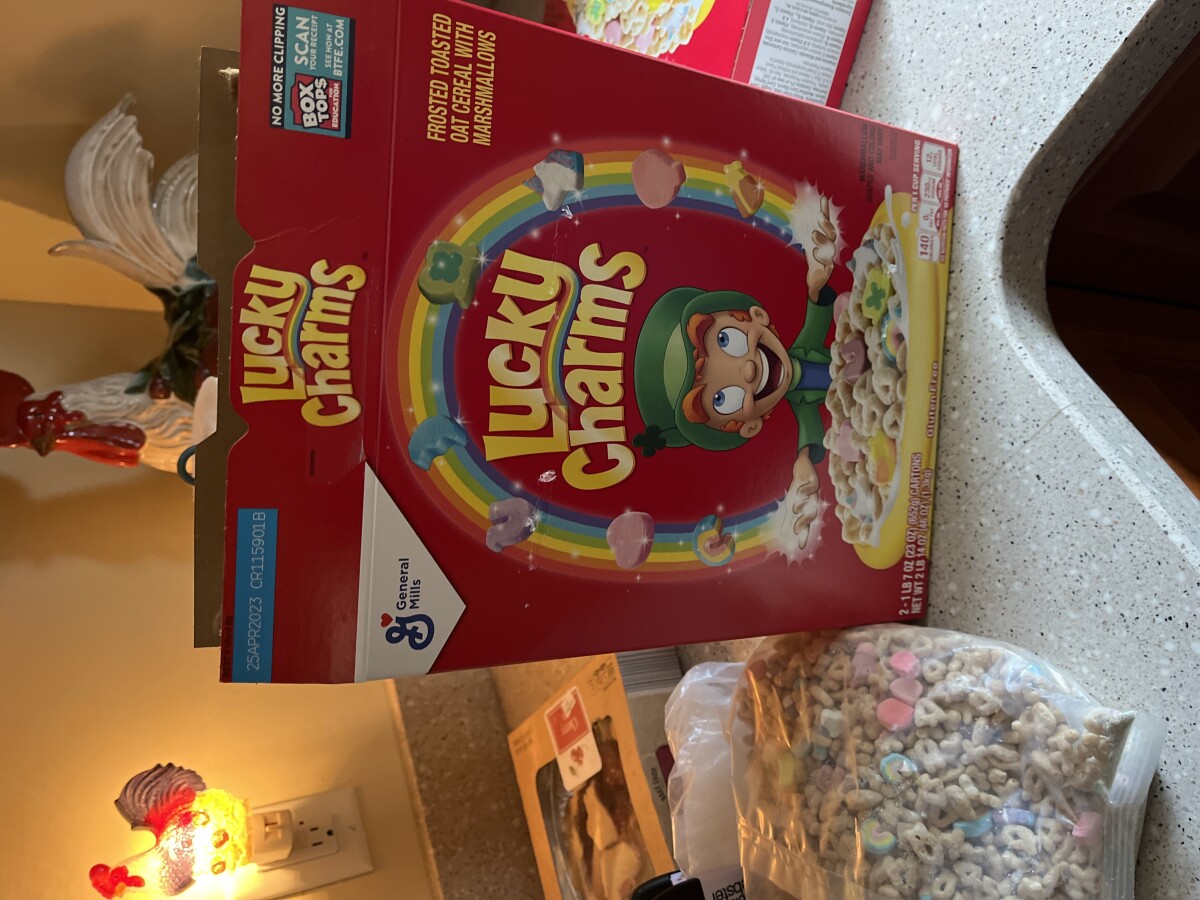 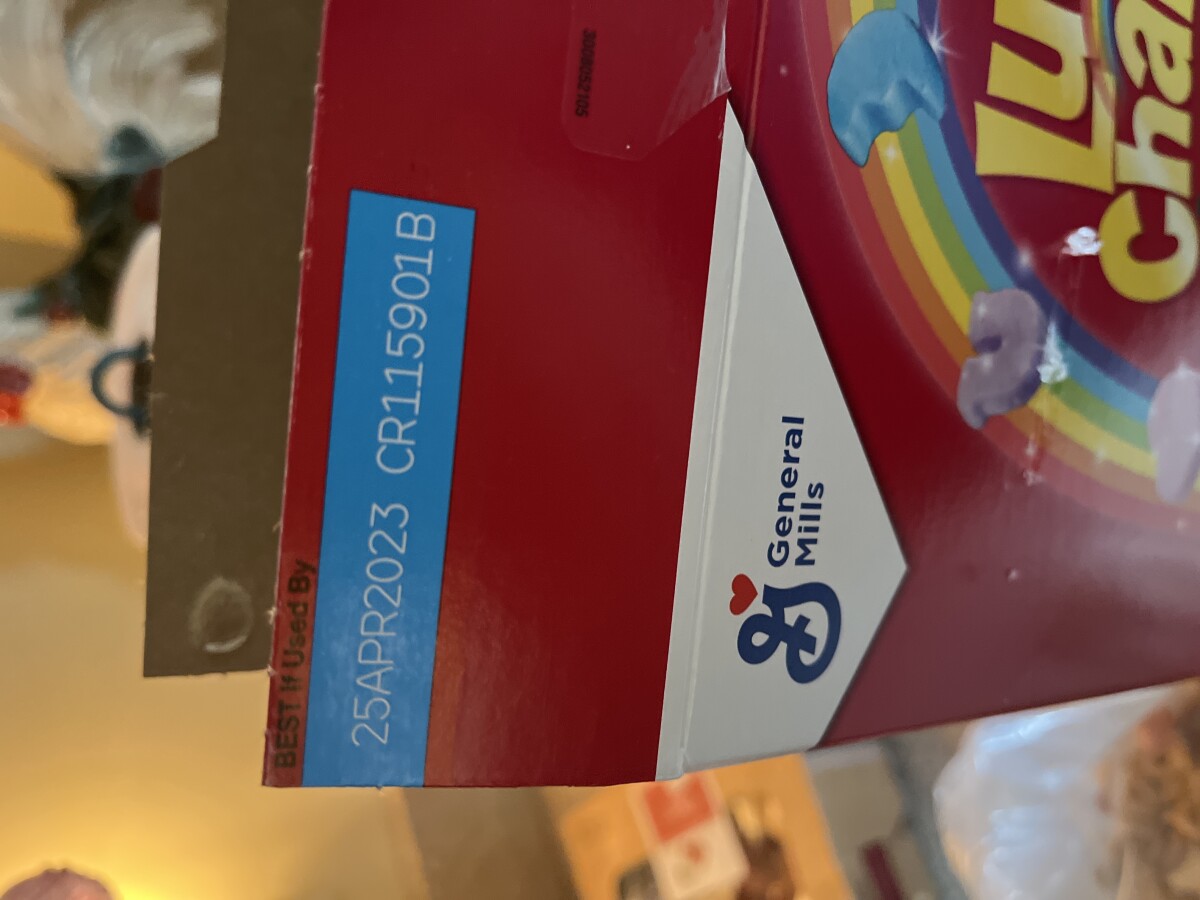