“I was at that location on September 2019 and was sick within a hour. I had the endless shrimp, romaine salad and water as my meal.I was seen at a local hospital twice within a 48 hour time period with a diagnosis of Gastroenteritis.This bad experience had me off from... See More my job 9 days. If anyone else had become sick within that time of September 2019 please respond with your experience. ”

“Ate breakfast at hotel and dinner at beach/pool bars. I'm not sure if I should mention them as I can't be certain where I caught the salmonella and don't want to blame a business if it wasn't them. It was in the Seminyak area.

I ate mi goreng / nachos... See More at popular beach/pool bars. I ate eggs Benedict at hotel for breakfast with apple juice on first morning.
On my last morning in Seminyak before heading to Kuala Lumpur, I woke up with body aches. Then went for breakfast with eggs, bacon, beans, toast etc again with apple juice. Not long until I was on the toilet with diarrhoea, bad headaches. I woke up with body aches so it could have been from breakfast 24 hours before or food at beach/pool bar.

In Kuala Lumpur I had fever and severe chills along with diarrhoea and headache again.

Went to A&E 3 occasions, then hospitalised for 4 days, severe dehydration, could hardly walk as legs and arms seized up, could hardly speak either. Severe abdominal and lower chest pains and diarrhoea did't stop for 10 days including bloody stools.
BPM over 100 at times. CRP count 188 then after 7 days of being ill it went higher than 200 which indicates bad infection. normal crp is 5-10 according to doctor.

Inflammation in colon, stools finally came back positive with salmonella. Unsure of the strain. Diagnosed with Gastroenteritis. Month later my body still hasn't recovered properly. I lost a lot of weight and muscle mass and still very fatigued.

It was an awful experience that ruined the end of a holiday and I would hate for anybody else to go through it. I was seriously worried about my health and very lucky it didn't seriously infect my bloodstream. 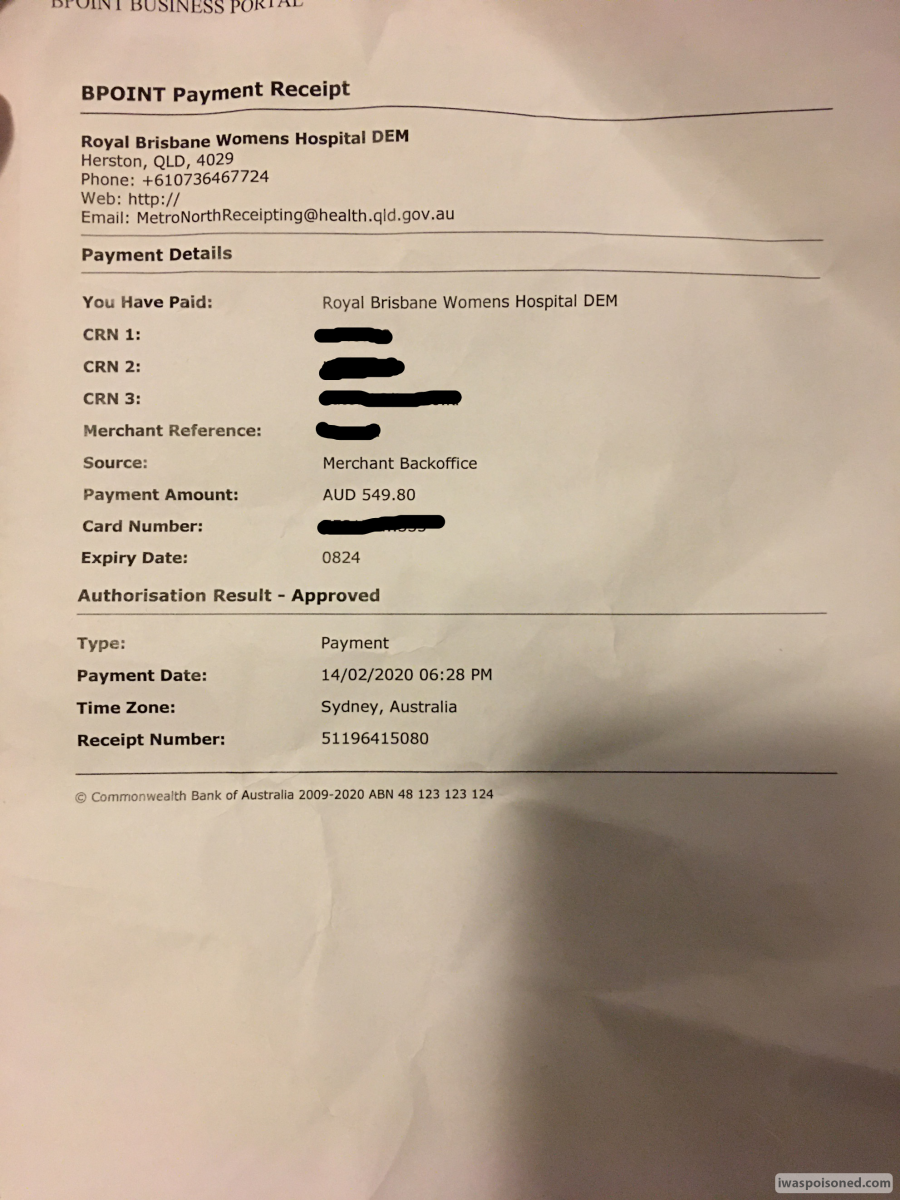 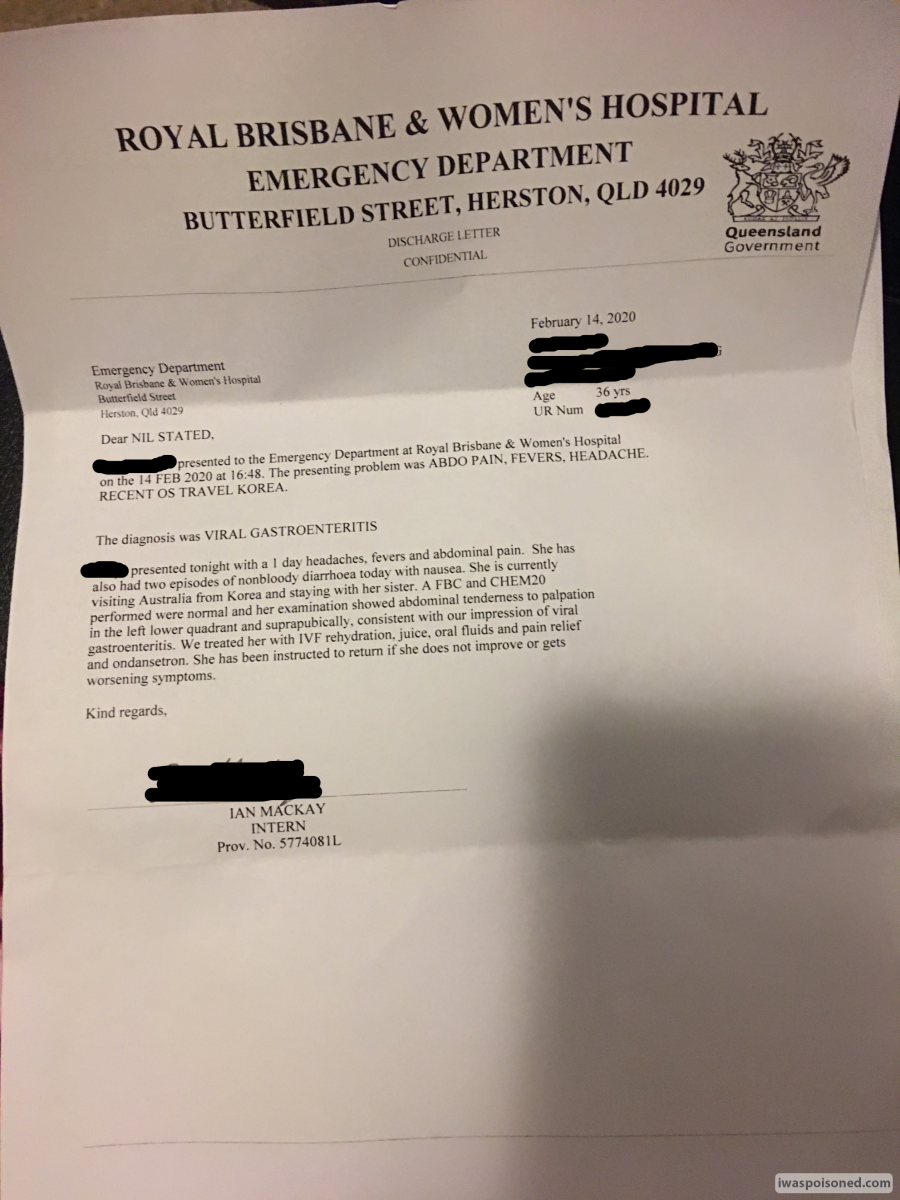 “My sister had  bmt sandwich from there last Thursday and she got sick!!we went to rbwh emergency and doctor said her diagnosis is viral gastroenteritis. Shes been sick from last Thursday  ”

“I ordered 2 burrito bowls on 2/8/2020. Both me and my fiancée got the stomach flu (viral gastroenteritis). Symptoms include fever, chills, body aches, and diahhrea. ”

“I had a bowl with chicken, corn, lettuce, cheese, guac and sour cream for lunch. Literally an hour later I find myself running out of a very important meeting to vomit. From 4 to 11 nonstop vomiting. I went to the ER and got diagnosed with Gastro Enteritis (Food Poisoning).... See More A place that serves that fast must not be that clean. BEWARE! ”

“1/11/2020
Diarrhea
Went to the hospital. They said it’s bacterial gastroenteritis aka “food poisoning” ”

“I had the breakfast burger last night at 11pm I ate the burger at 11pm. Woke up at 5am to catch my flight from JFK to SFO. While I brushed my teeth, I vomited a little bit didn’t think much of it. I got to the airport at 6am and... See More got on the flight. Around 8am, I rushed to the bathroom on the airplane and vomited 6 times and had severe nausea and excruciating abdominal pain for 5 hours on the flight. I sought medical assistance from the flight attendants and they gave me antacid pills and ginger ale. As soon as the plane landed, the paramedics were waiting at the gate and I was transported to the nearest hospital. They gave me a few nausea medications and it didn’t work. Eventually, they diagnosed me with gastroenteritis/food poisoning. ” 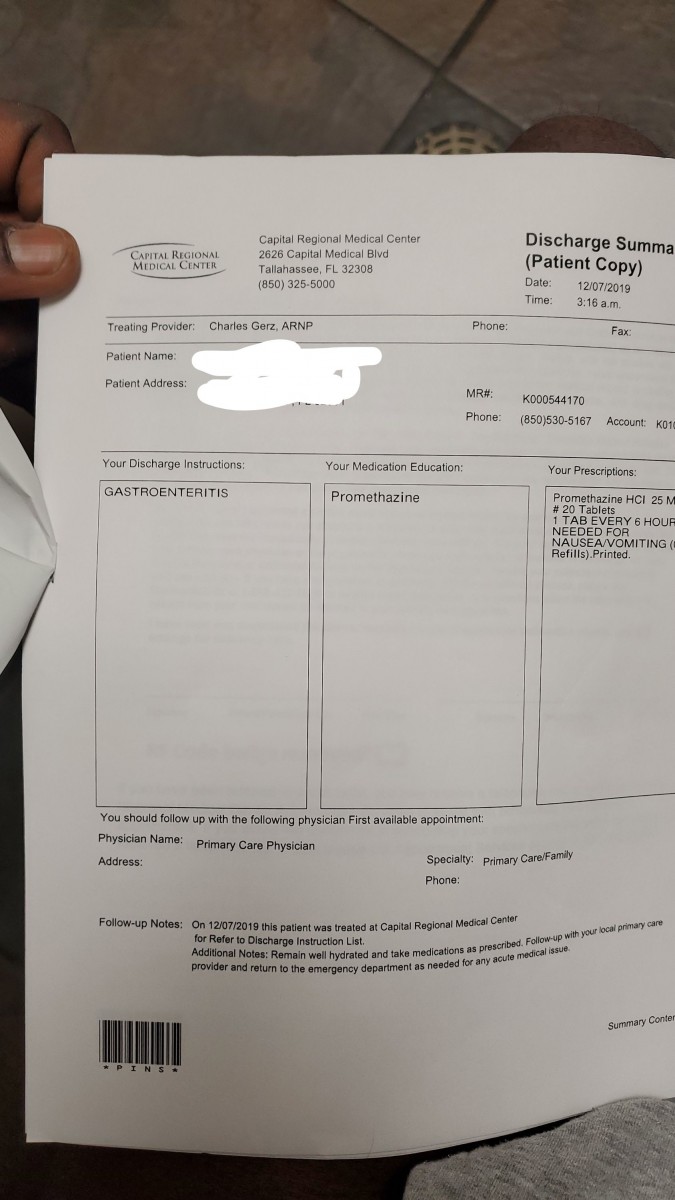 “Ordered spicy chicken and when I went to chewing, everything inside my mouth seemed foreign. Immediately spat it up, made the video, went to bathroom and threw up. When I came out of the restroom I noticed the sandwich and any remaining evidence was discarded and when I requested the... See More substantial evidence the manager said she's not going into the trash and threatened me with the police. She attempted to simply pacify my clearly traumatized self with a refund for their mishap and then threatened with police when I insisted on the uncooked evidence. Started having pounding headache and feeling nauseous so was transported via ambulance from the scene and diagnosed with gastroenteritis from capital Regional medical center. ” 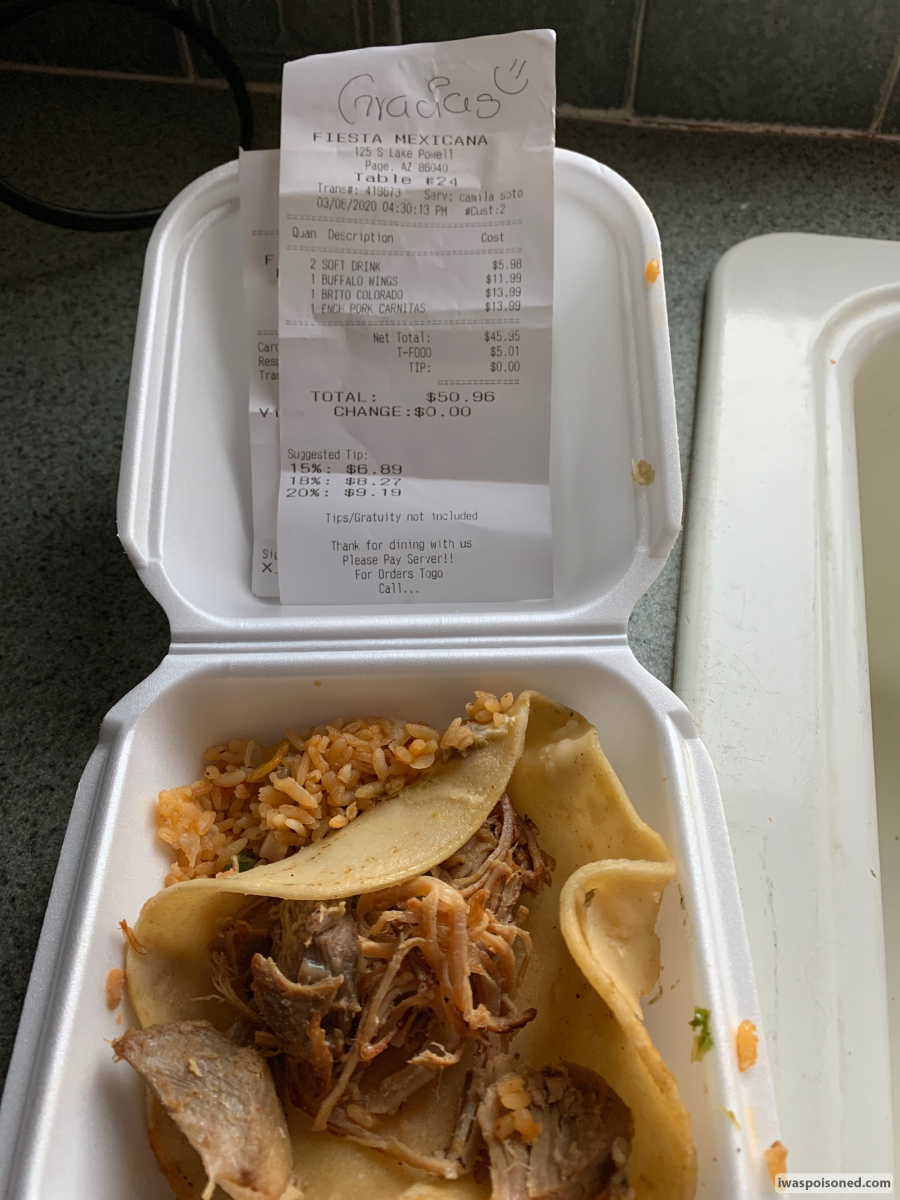 “Dinner for son’s birthday had buffalo wings, burrito Colorado and I had Enchilada pork carnitas. Pork looks like it was sitting out to long and pork looks pork chop. I paid $50.96 and a tip. Hopefully they are not reusing what people don’t finish on their plate. I got home... See More and about 8pm, onset of diarrhea, vomiting and nausea and I’m still fighting the diarrhea. I finally finished a bottle of water and 7up. I don’t know what there thoughts are when they are cooking, not using fresh meet and I’m sure they are letting it sit out too long and finish using. How can you keep your customers by getting them sick. I left a message for manager with another English speaking gentleman to have him call me. I am still waiting for him to call. No 10 hours of work for me and my children. You need to think good health . I hope and pray the cooks are well and not working while unhealthy. Come on don’t do this to your customers.. ” 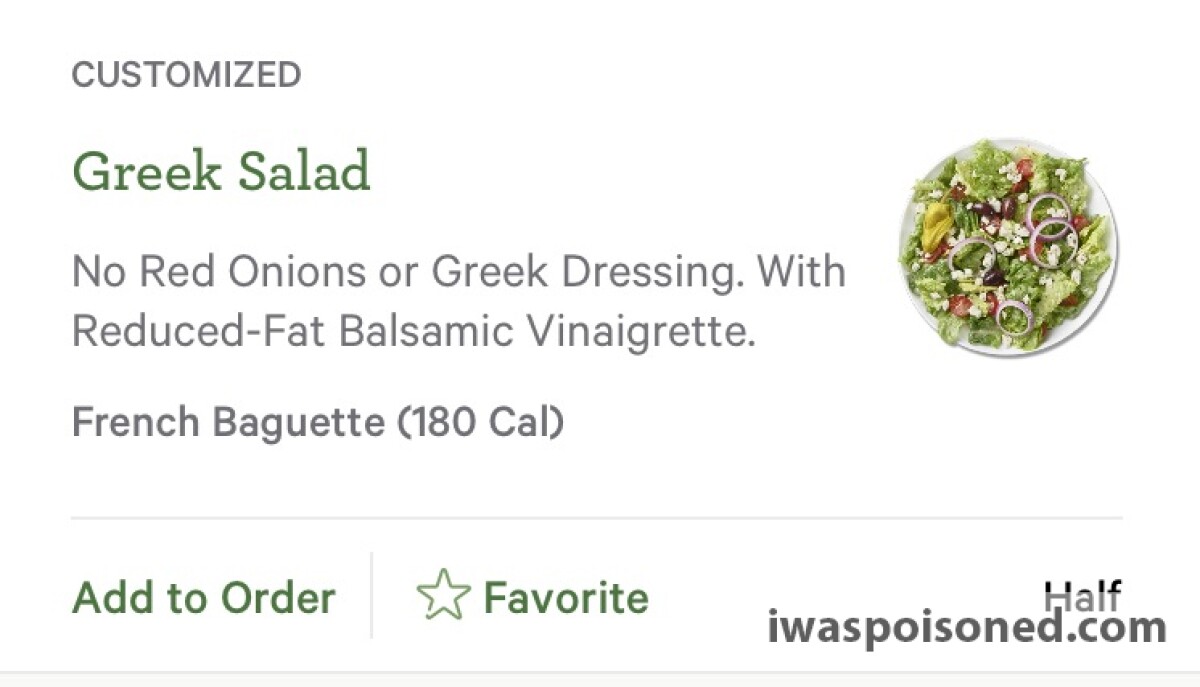 “I had a Greek salad with Balsamic Vinagrette one day, that was all. About five hours later, I got extreme acid reflux, nausea, and vomiting that lasted eight hours. I could not hold anything down, including plain water. ” 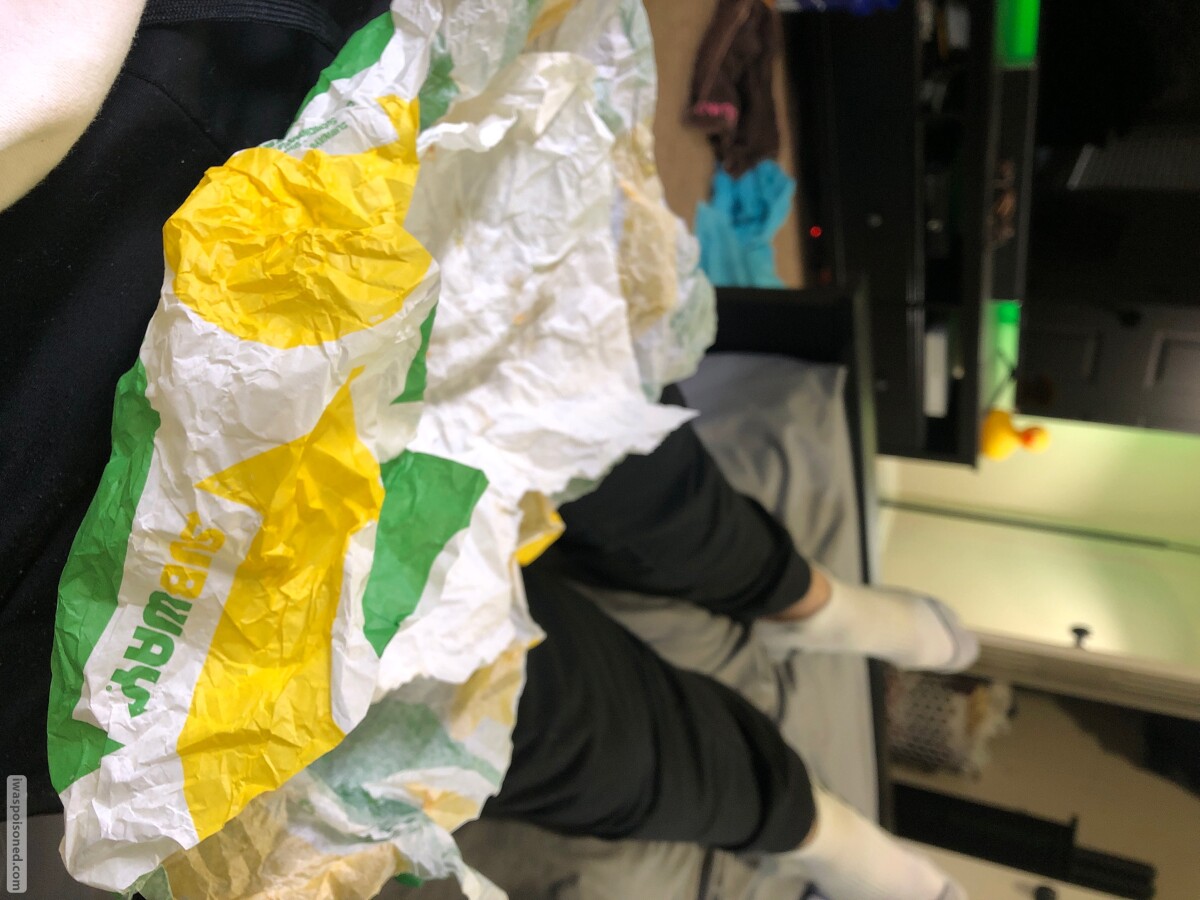 “I had a spicy Italian in Italian bread with American cheese, lettuce, pickle and southwest sauce. I woke up in the middle of the night twice and puked both times. I feel very sick, I have had diarrhea this morning  ” 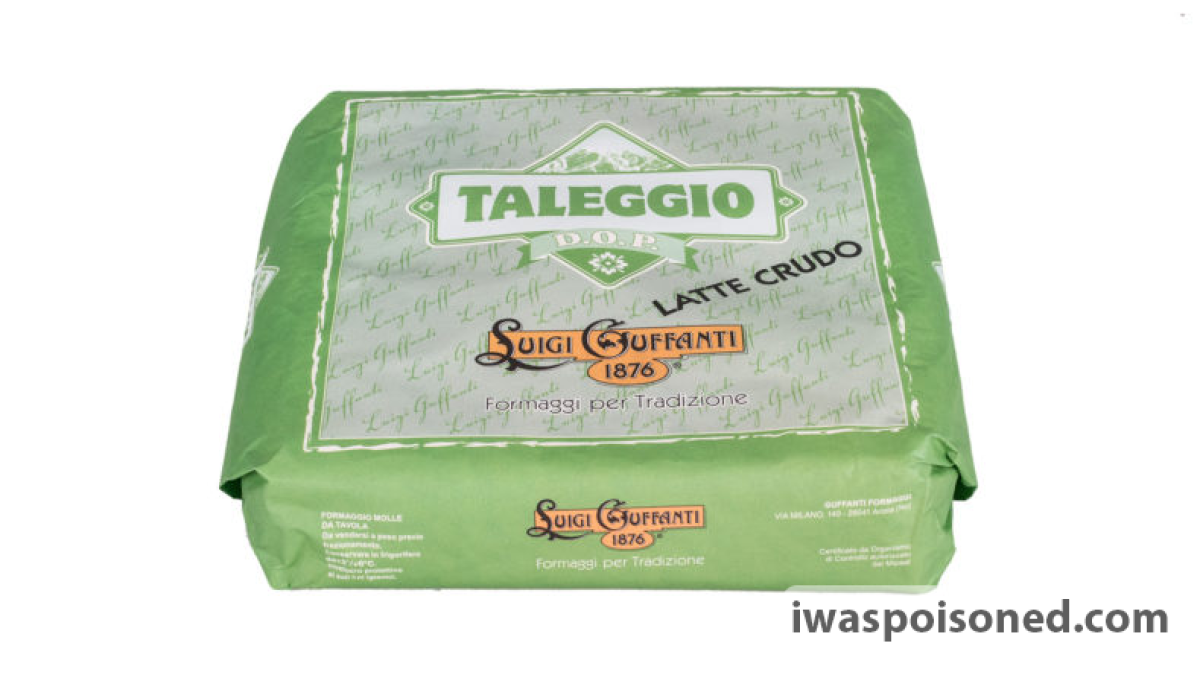 “CFIA announced the recall of Guffanti brand Taleggio DOP a Latte crudo cheese by Taste for Luxury because they have the potential to be contaminated with E. coli. There have been no illnesses linked to this recall.

CFIA advises not to consume this product. This product was sold at retailers... See More in Ontario with or without labels or coding. 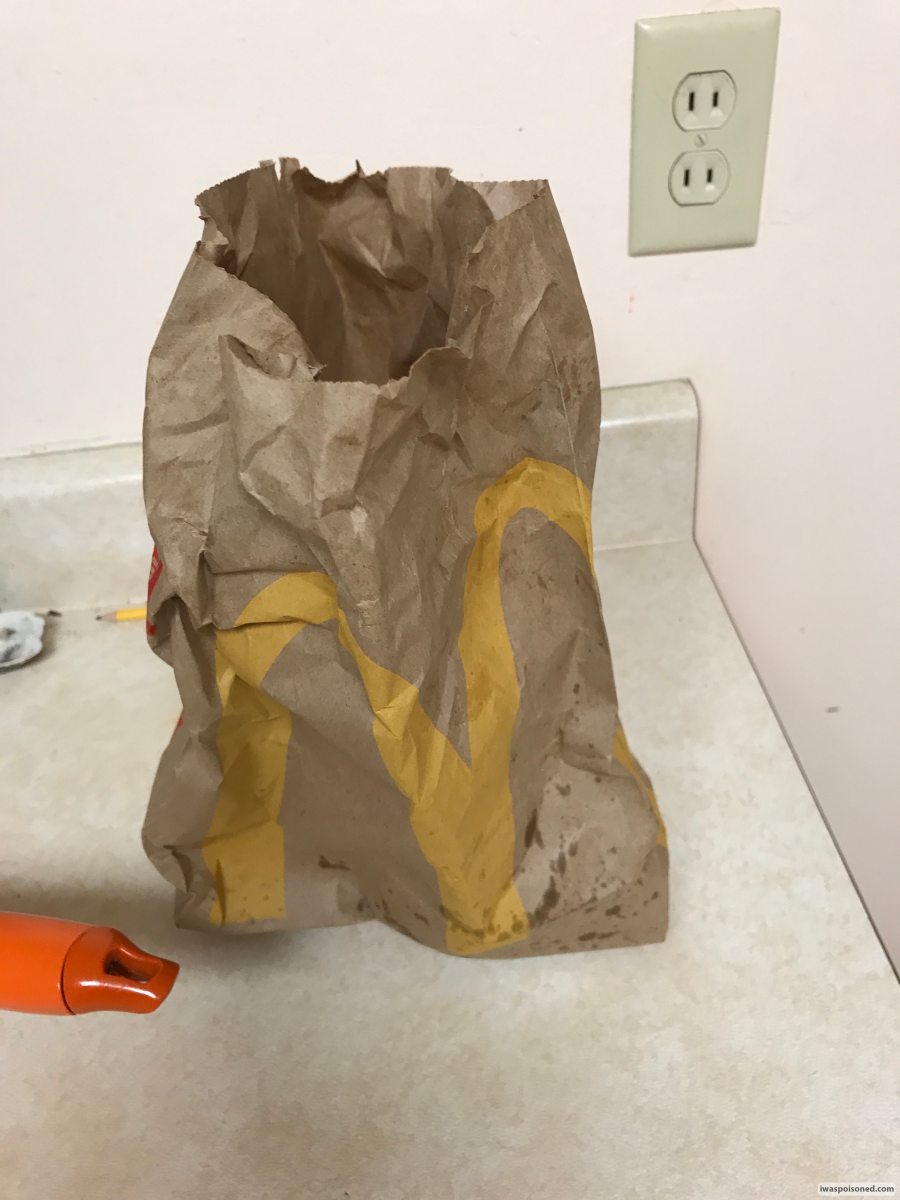 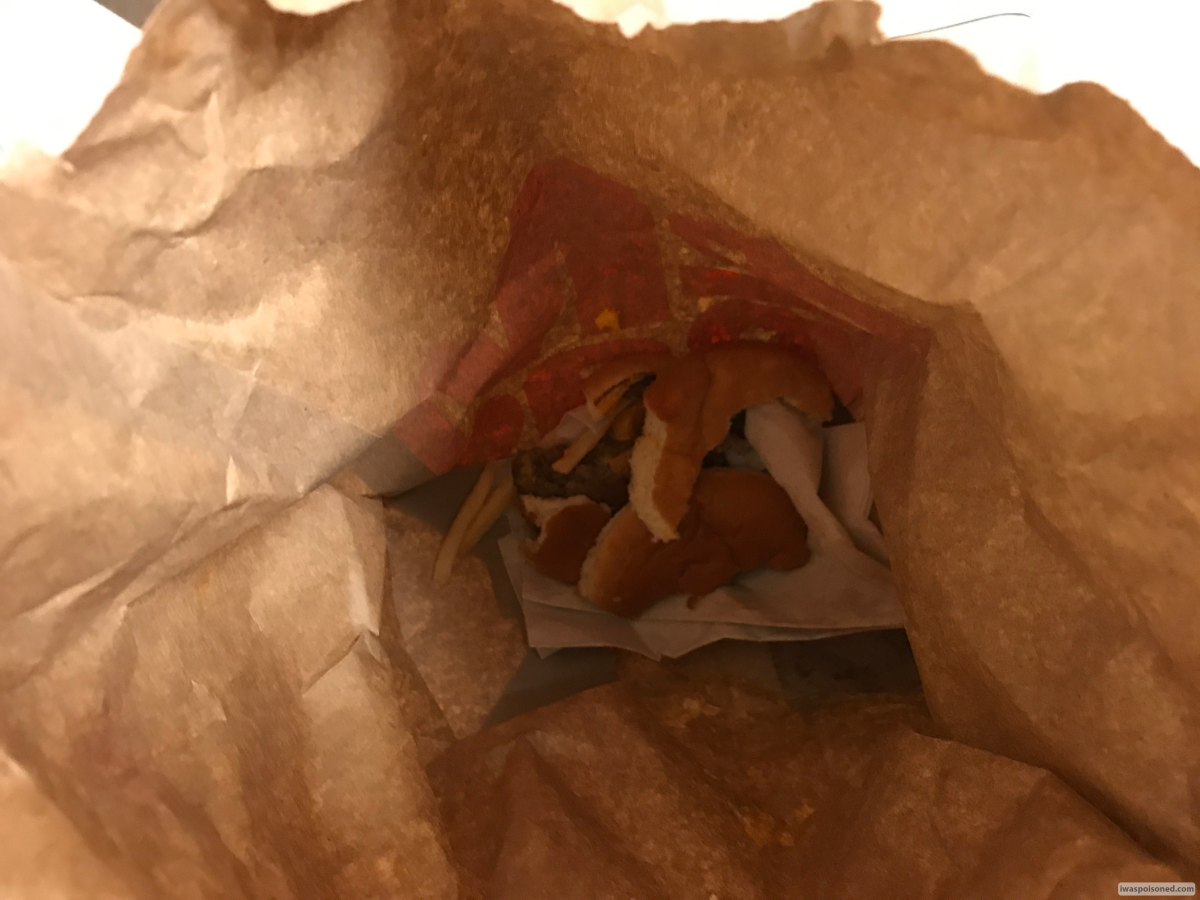 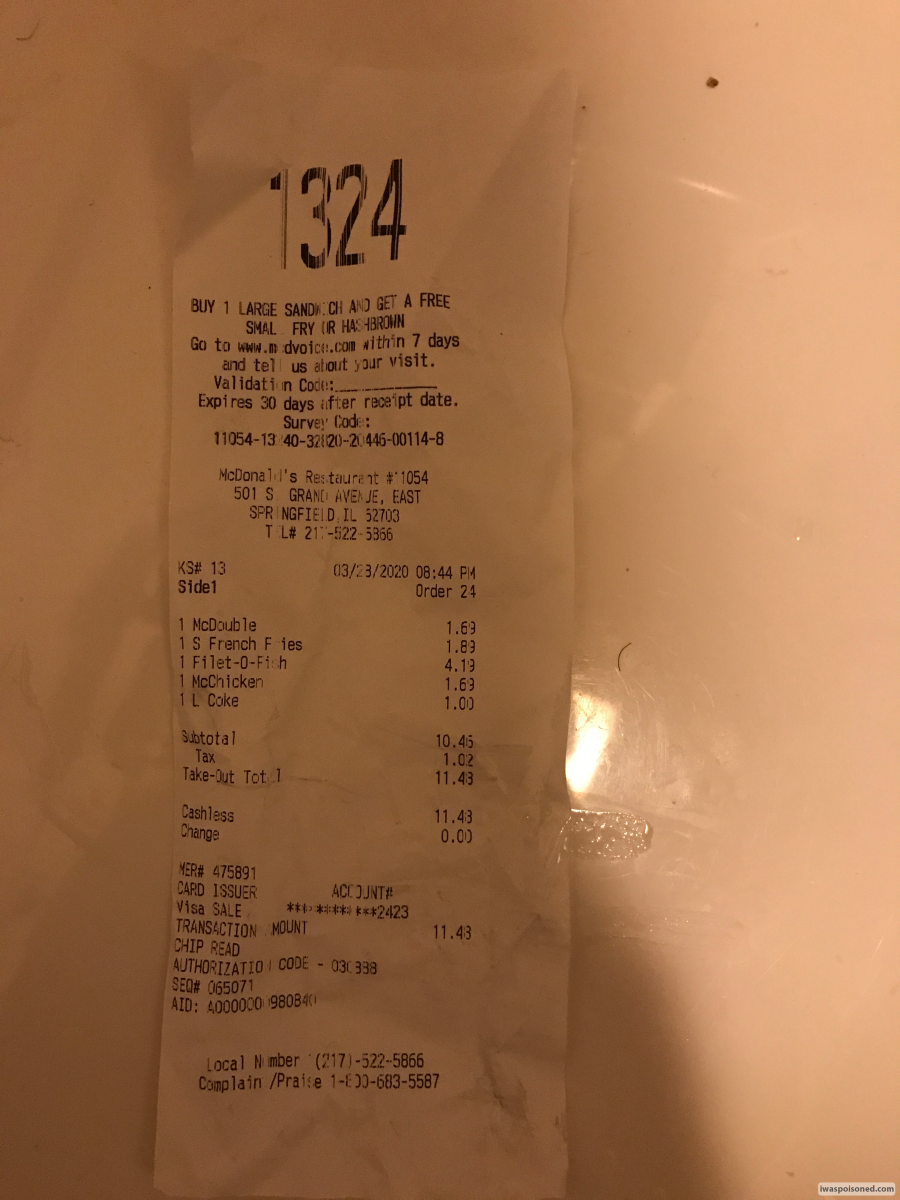 “Went to get fast food from here with my family had to drive around 2x because no one answered the speaker got home noticed things were warmed but old family ordered a chicken a fish a McDouble small fry and coke began eating notice it wasn’t right instantly felt nauseous... See More then began pooping ” 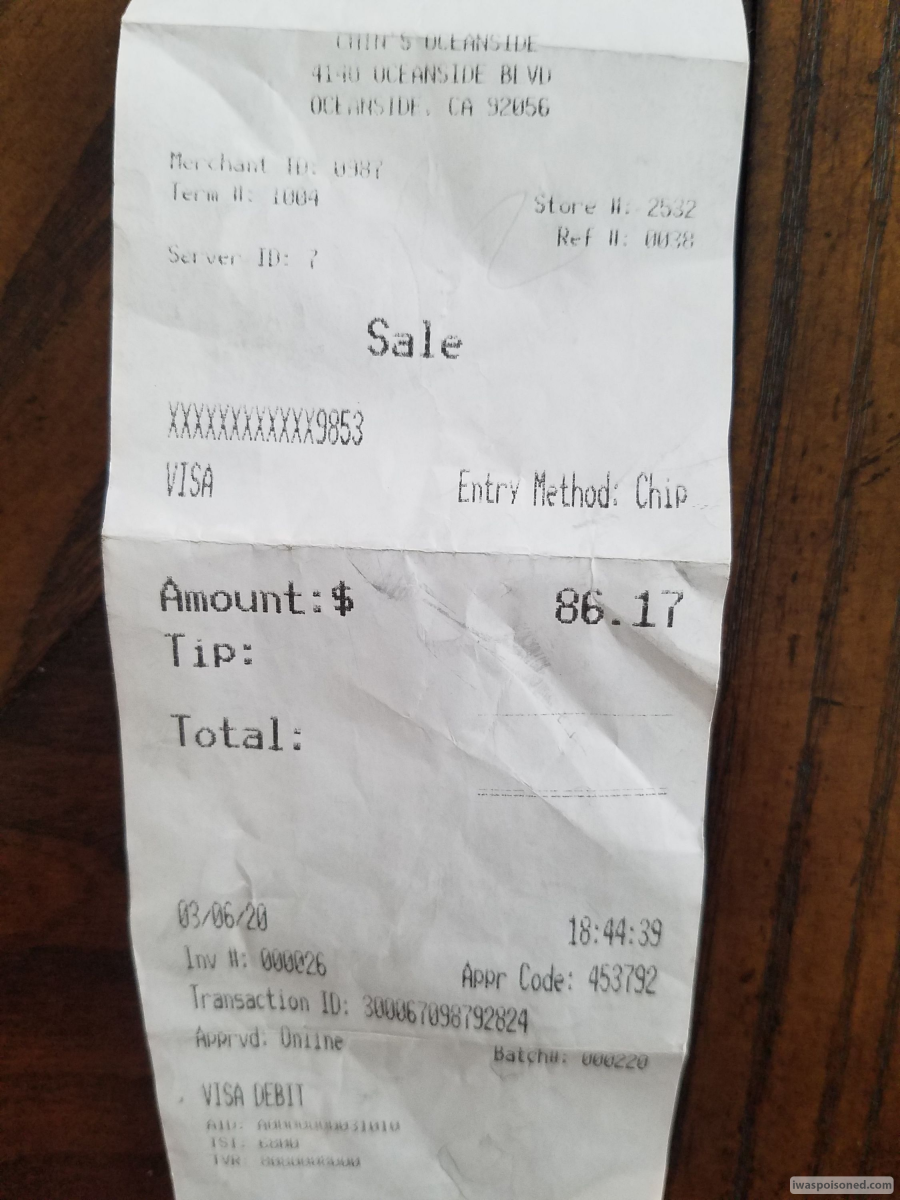 “My husband ate shrimp fried rice from there. Husband was the only one of the 4 of us to eat seafood with our meal. We had dinner around 5 or 6 and he work up at 4:30 the next morning with heavy nausea and diarrhea that has not stopped and... See More he is on day 3 of this. ”

“Order on March  27, Zen Chicken Sandwich  Started feeling ill within two hours of eating, after 3 to 4 hours severe stomach cramps gas diarrhea and vomiting for past 12 hours and still sick. No temperatureI have been isolated and have not seen anyone else for 12 days so I... See More know it’s not a virus I picked up elsewhere. Symptoms came on suddenly and were extremely severe ” 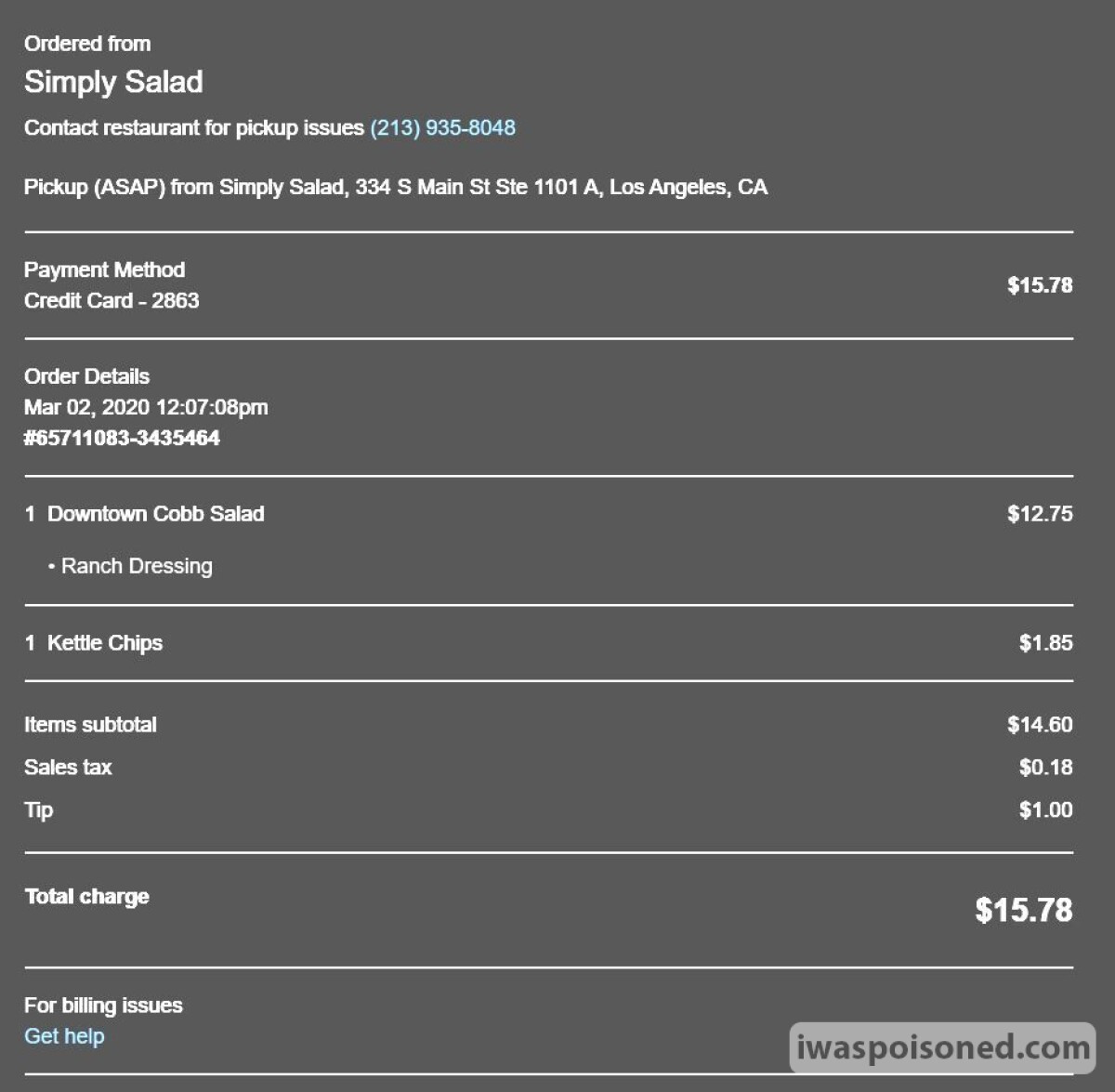 “I had the downtown cobb salad on March 2nd 2020 around lunchtime. I woke up in the middle of the night with nausea, fever, then vomit/diarrhea. Then I had body aches, fatigue and loss of appetite. I couldn't hold any food down even when I tried to eat. I was... See More out of commission for two whole days, by day 3 I was somewhat functional, but still a little stomach irritation. ”

Iwaspoisoned
About Us
FAQs
Contact Us
Terms Of Service
Why Report It?
Get our App
Anonymous tip
Current Recalls & Outbreaks
News