My buddy and I had a cookout last weekend (today is Friday and I’m finally well enough to file this report). We made some tasty burgers on the grill - charcoal of course, none of that lame-ass gas grilling here. Anyway, for some reason, probably because of the tequila, I put ketchup on my burger. I should add that the ketchup wasn’t mine because I don’t allow that garbage condiment in my house. My buddy brought it ... and, as I wrote these words, I’m starting to question if he’s really a true friend, after all.

Anywho... so, we grill our burgers and I, like fool, put ketchup on mine. I wanted to seem like a good host and not make my friend feel bad for not using his ketchup. I also put mustard, bacon, onions, lettuce, jalapeño cheese, a schmear of Mayo (not miracle whip because f* that s*t), and a few mushrooms on it, but I always include those. The ketchup was the oddball this time.

About 10 minutes after choking down that ketchup-tainted beef patty, I felt a rumble in my gut and belched a burp that was near near-vomit. I did what I could to keep from puking on the foul taste of ketchup that came up. Soon after, the gas started. It was so bad, the dog was begging to go outside for fresh air. God, it stunk. Like mix of vinegar and semi-fermented corn syrup mixed with rotting tomatoes and s*t. I get like I’d swallowed a cinder block. My mind kept flashing to the ketchup as I let one stinker after the next rip.

I’m not sure when he left, but I the next few hours were a haze. I couldn’t escape the stench and retreated to the bathroom because I knew what was coming. Between the time on the toilet and being curled up on the floor in ball clenching my gut praying for death, the hours passed until the sun came up... on Wednesday.

Dehydrated and with my sphincter in need of medical attention from the ketchup-induced diarrhea, I managed to crawl to the couch and sleep it off for a few days.

I know it was the ketchup. I just know it. The stink of the farts alone was that of stewed corn juice mixed with rotten tomatoes baked a dumpster.

Did ketchup almost kill me?

I think it did because...

KETCHUP IS A GARBAGE CONDIMENT 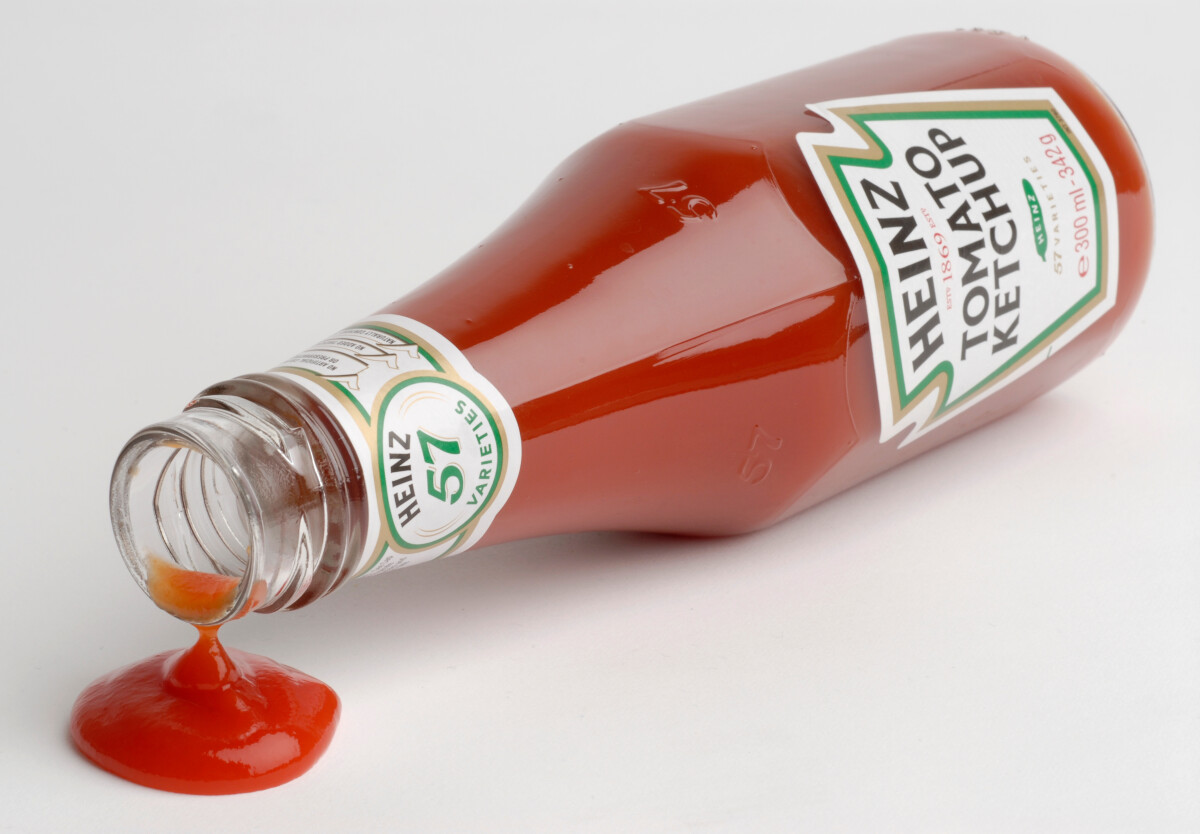 “Had the garlic parm wings on Monday night 6/7/21. Ended up with real bad stomach and back pains and throwing up in the middle of the night. See Less”

“I am incredibly ill after eating seemingly the healthiest food out there: a salad! I have been vomiting for the past four hours and feel dizzy from the dehydration. The contents of my vomit are the only thing I’ve eaten today- undigested salad. There were no animal products at all in my salad for me... See Moreto suspect salmonella. See Less”

“I got a milkshake at an ice cream truck outside the Museum of Natural History yesterday. Last night I started feeling sick and I woke up today around noon with an aura migraine and severe nausea. I’ve been in the bathroom all day with diarrhea and have thrown up once. I’m lactose intolerant but have... See Morenever been sick like this from dairy. See Less”

“Salmon and shrimp 1 same day.. since then I can hold food down and keep vomiting after any meal that I've eaten since then
This pass Sunday See Less”

“Both myself and my daughter ate the exact same food and have been sick for two days. Steak, mashed potatoes and salad with ranch and spinach and artichoke dip See Less”

“I Was pooping uncontrollably it was everywhere felt like my a*s was on fire. Started vomiting few hours later stopped when i wrote this review and might come back. Called store no answer See Less”

“Eating mangoes  I ate 2 mangoes 3 days ago and got sick same night. Wasnt sure what caused it and the following day my 2 sons and husband had some and got sick also with my same symptoms and we are all still sick.
I’ve been sick for a few days now after eating some mangoes I ordered there. Vomiting... See More, nauseous, diarrhea and stomach cramps.
The past few days  See Less”

“chicken tenders  I got it for my family and I. My kids didn’t eat the chicken and arent sick. My boyfriend and I ate the chicken and within an hour started feeling nauseous, then vomiting set in. My stomach is extremely bloated with gas and abdominal pain
Two hours ago  See Less”

“15th of April 2021 Only I got sick after eating 20 chicken mcnuggets, large fries and large chocolate milkshake. See Less” 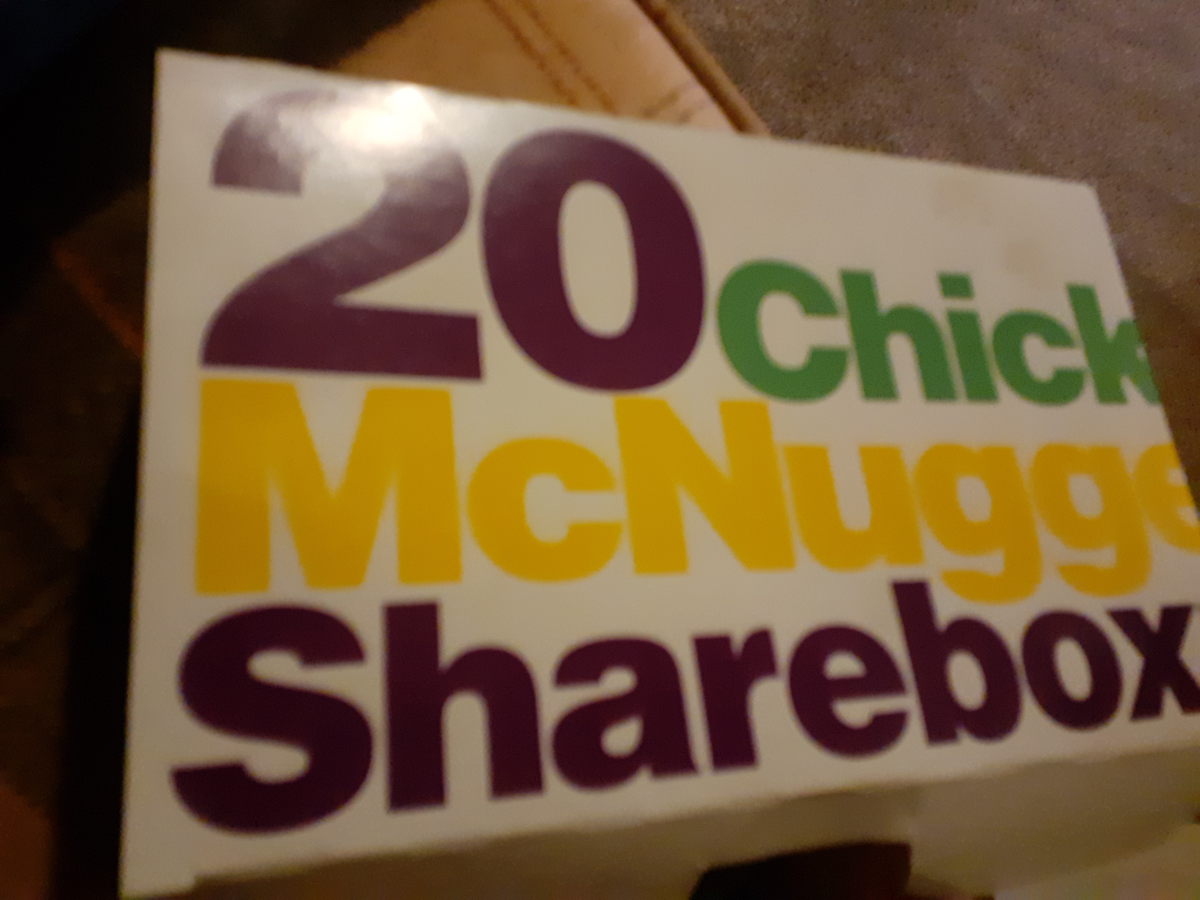 “I picked up a number 15 I believe which would be a roast beef sandwich with cheese with curly fries and a Dr.Pepper. This was at around 12:00pm on May 24th I had nothing else to eat that day since I only have an hour break before school starts again. I started having sulphur burbs around 8:00-9:00pm... See Morewhich I’ve had before and it signals to me that there’s something bad coming. I started getting my stomach cramps and coloring at 2am which kept me up until 11am when I finally puked out what I hadn’t already defecated out.I believe the fries may have been the problem as the substance I had puked out was clearly curly fries they looked exactly like them without the fried outside layer. See Less” 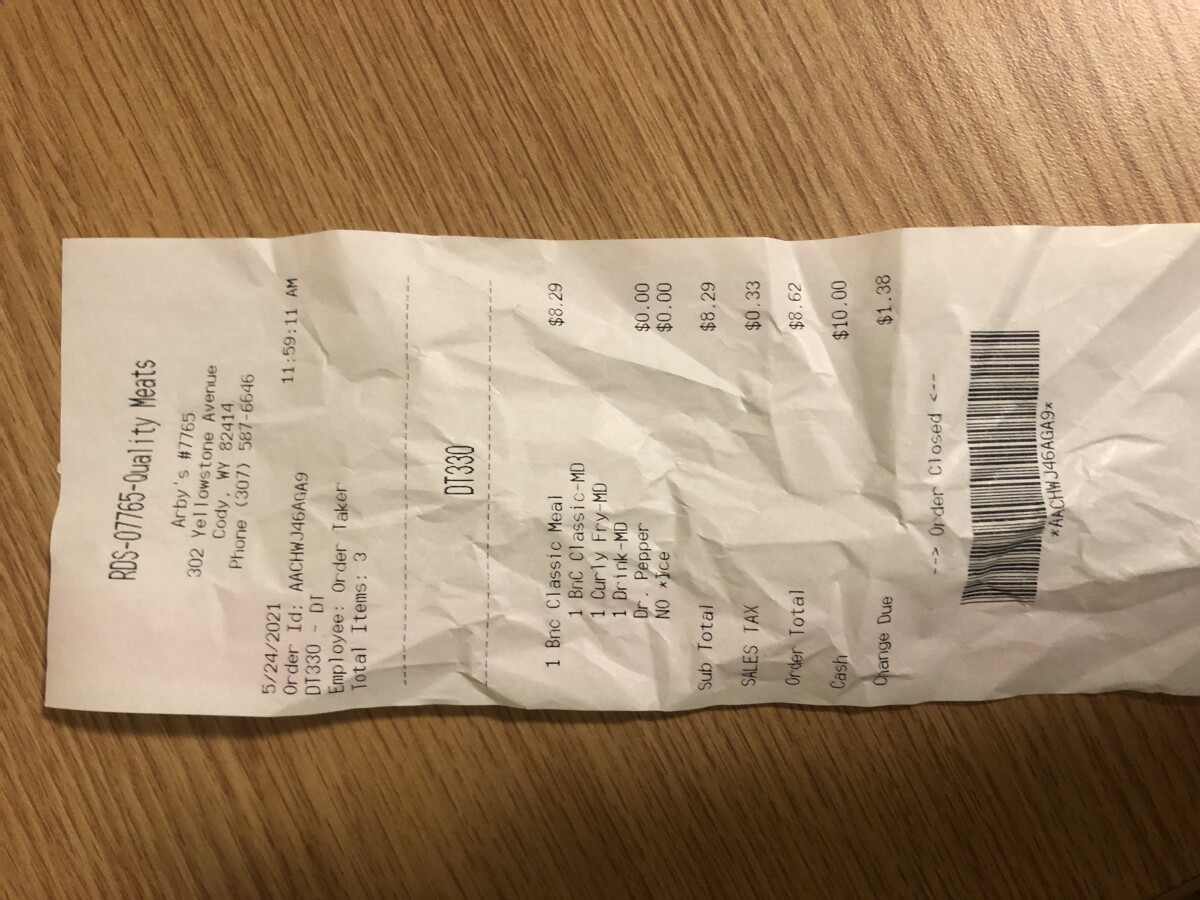 “Food We took our 2 yr old there, he had tortilla and chicken, beans and cilantro dressing. He got diarrhea and vomited (this was 5 days ago) and he still has diarrhea, though otherwise seems ok
After eating there 4 1/2 days ago See Less” 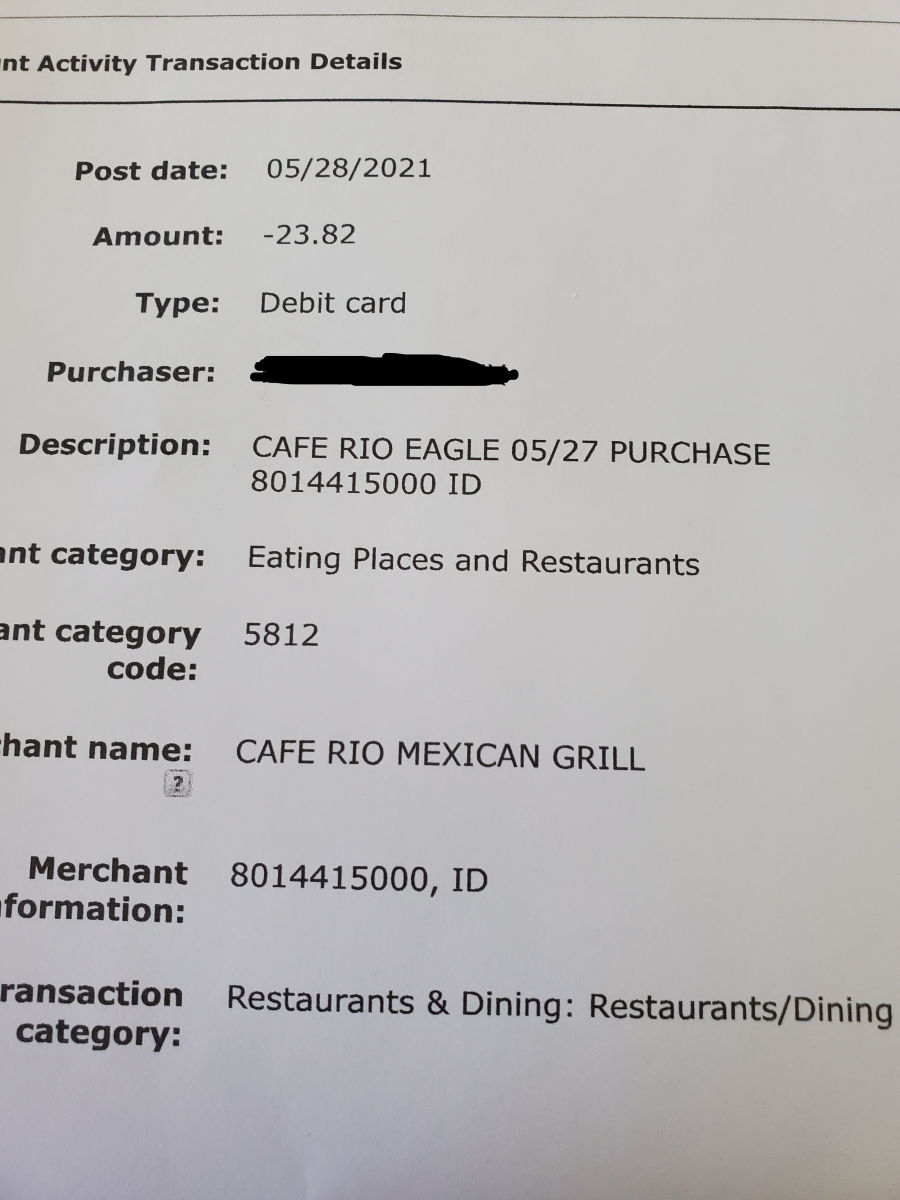 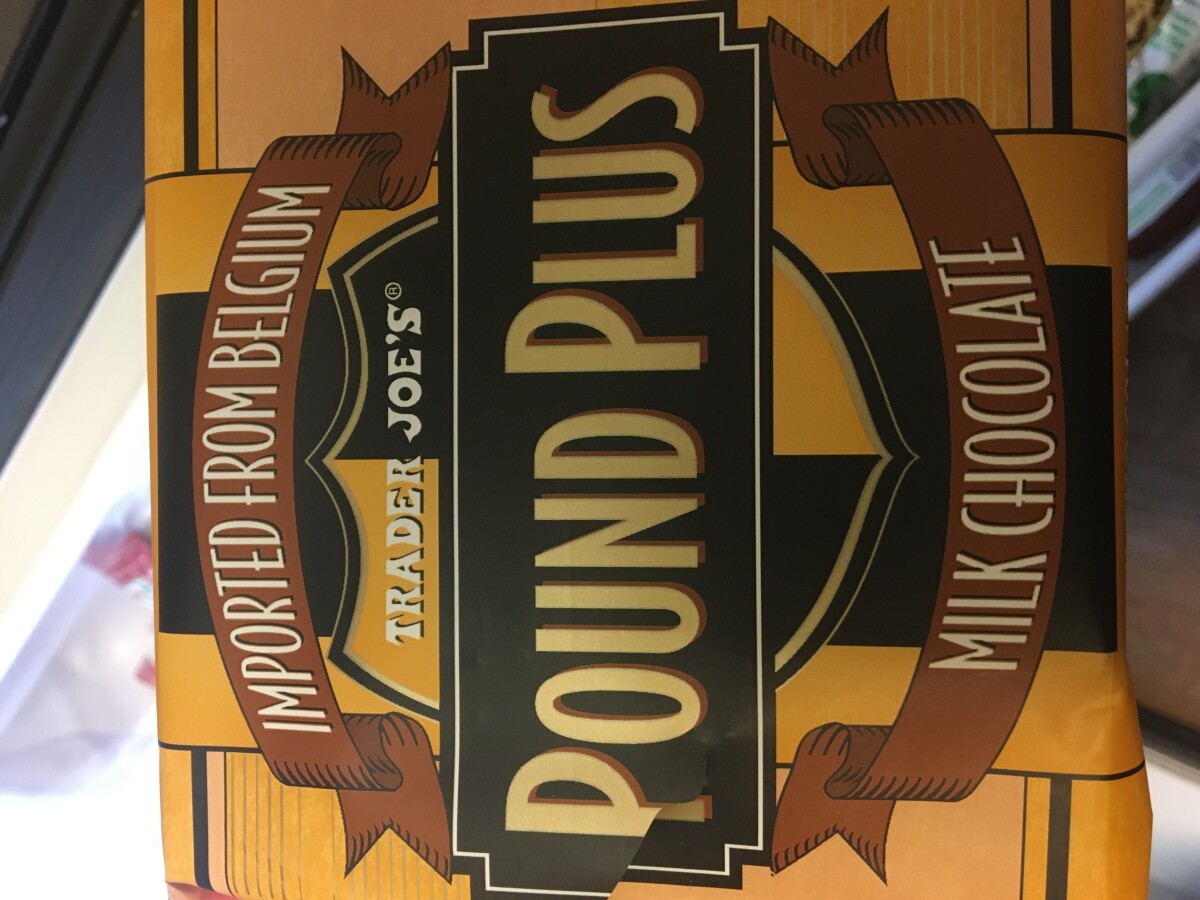 “Less than 10hours of eating, I got stomach ache where I couldn’t lie down. I ate it around 8pm and vomitted couple time throughout the night, and had all the symptoms of food poisoning. It was a demoralizing experience. See Less” 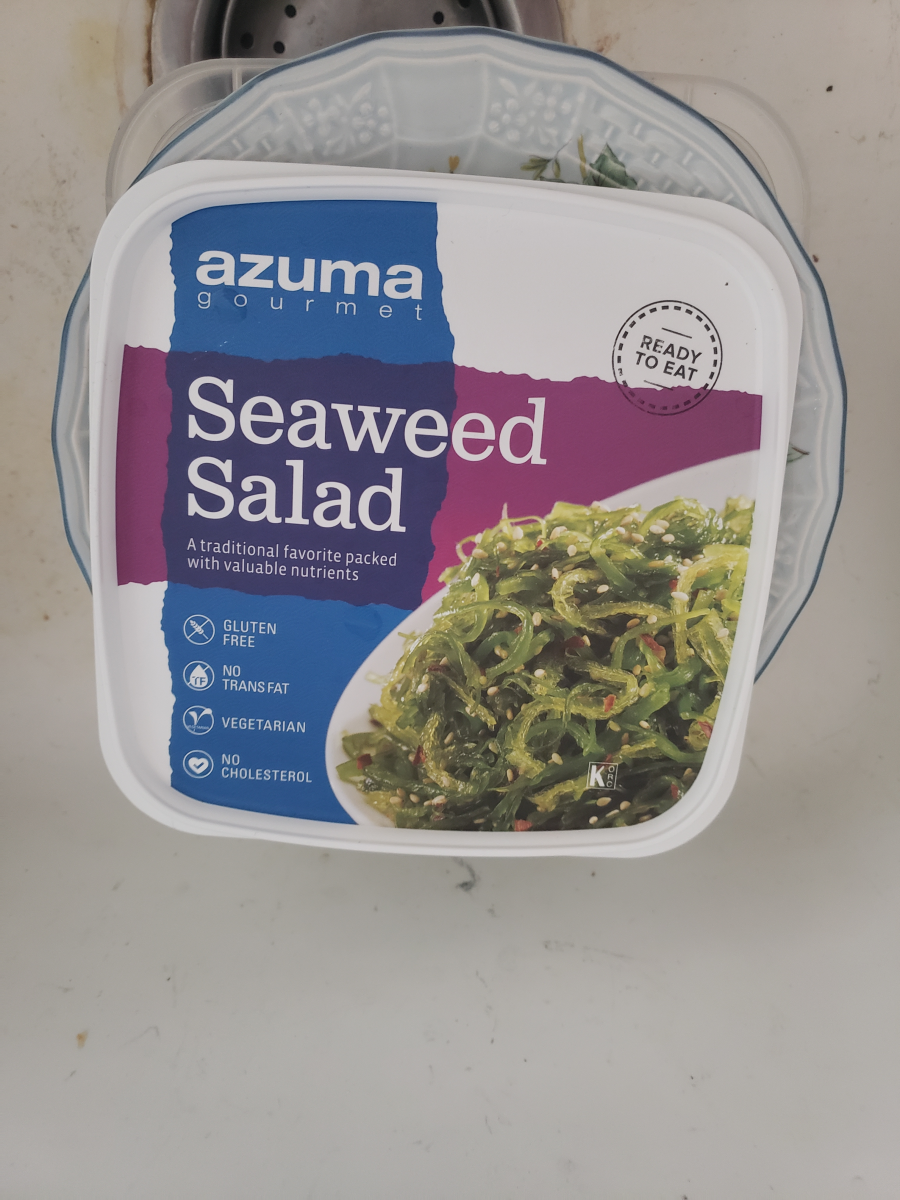 “Bought cheese Pizza , pepperoni, wings and bread sticks. Within two hours of eating my 10 year old son vomited. My 5 year old daughter started vomiting before going to bed. Again over night both my kids vomited. Next morning I find out my wife vomited overnight and she also had a headache. We normal... See Morely buy from there every other Friday and I been noticing that sometimes their food just seems to be undercook. See Less” 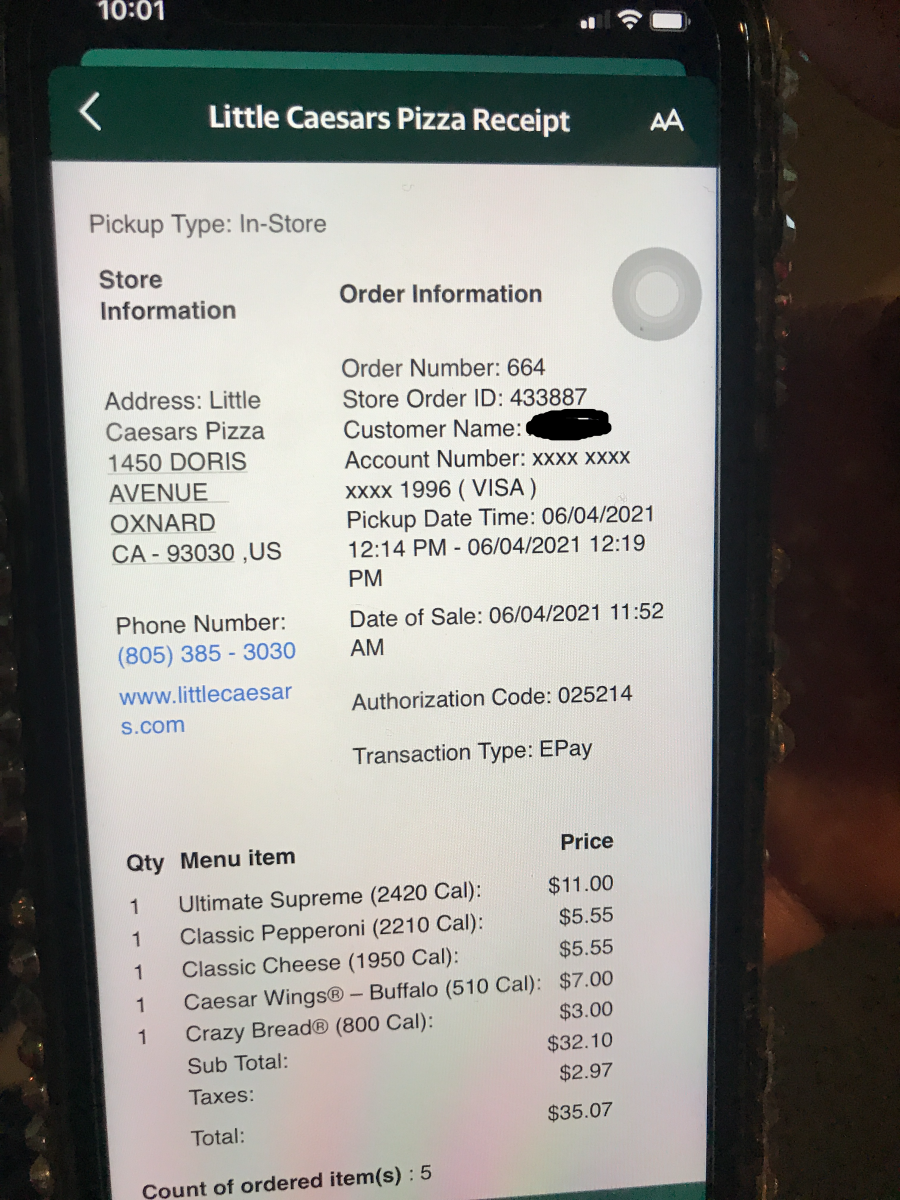 “I got violently sick. Pretty certain the source was cashews bought from there See Less” 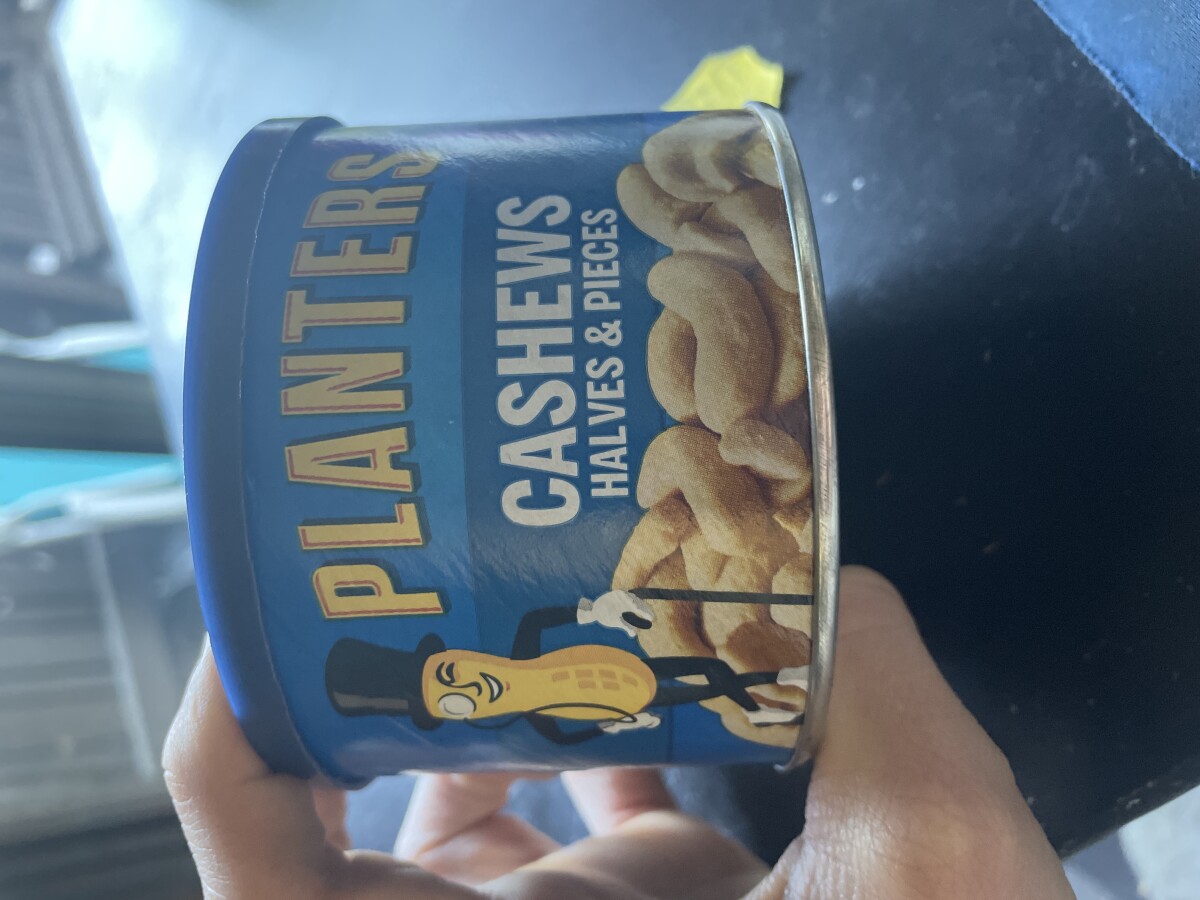 “Took a bite in my Just Crack an egg and it was disgusting. Nauseated for now. See Less” 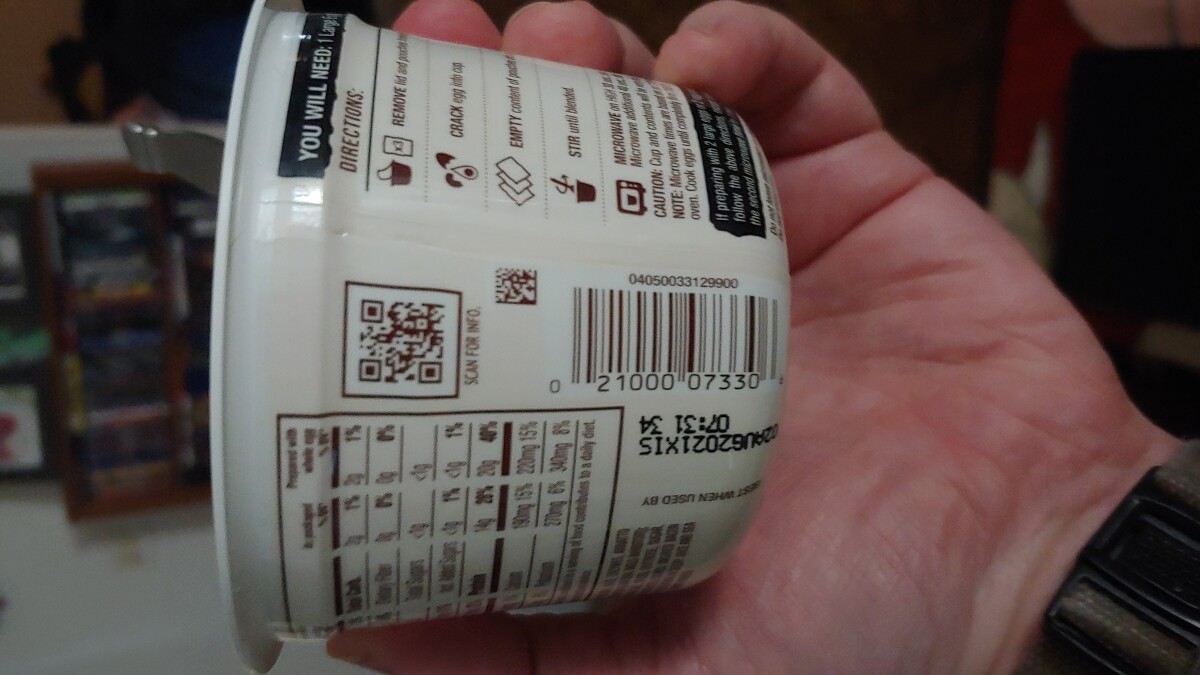 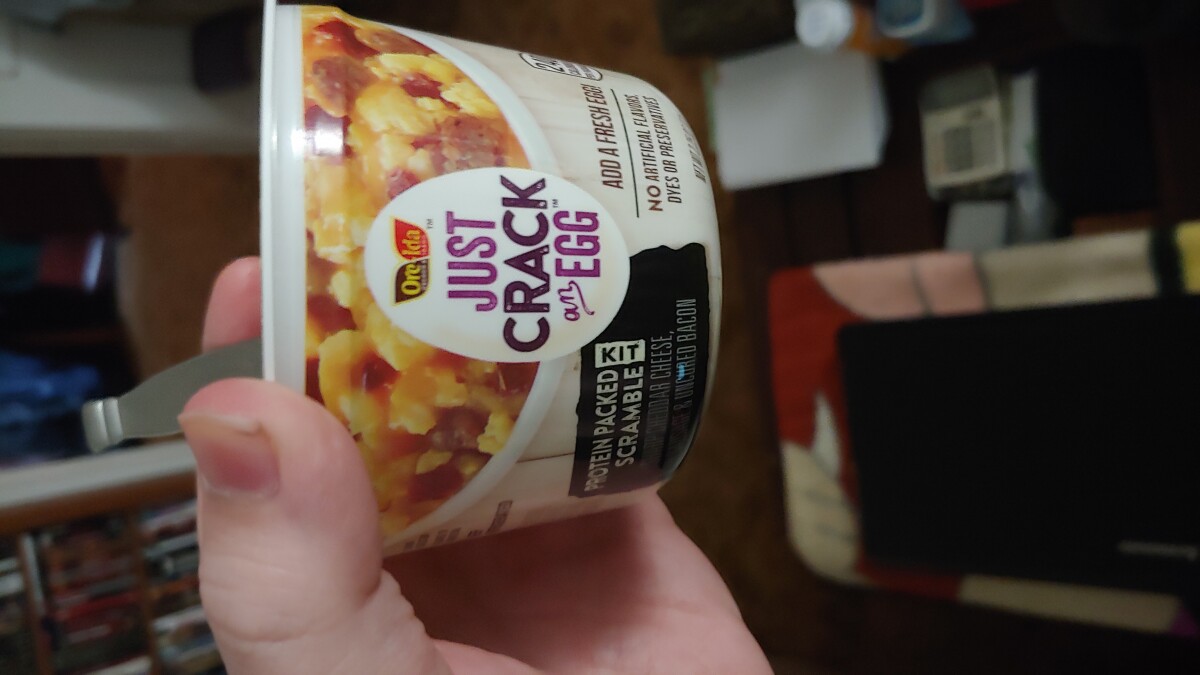 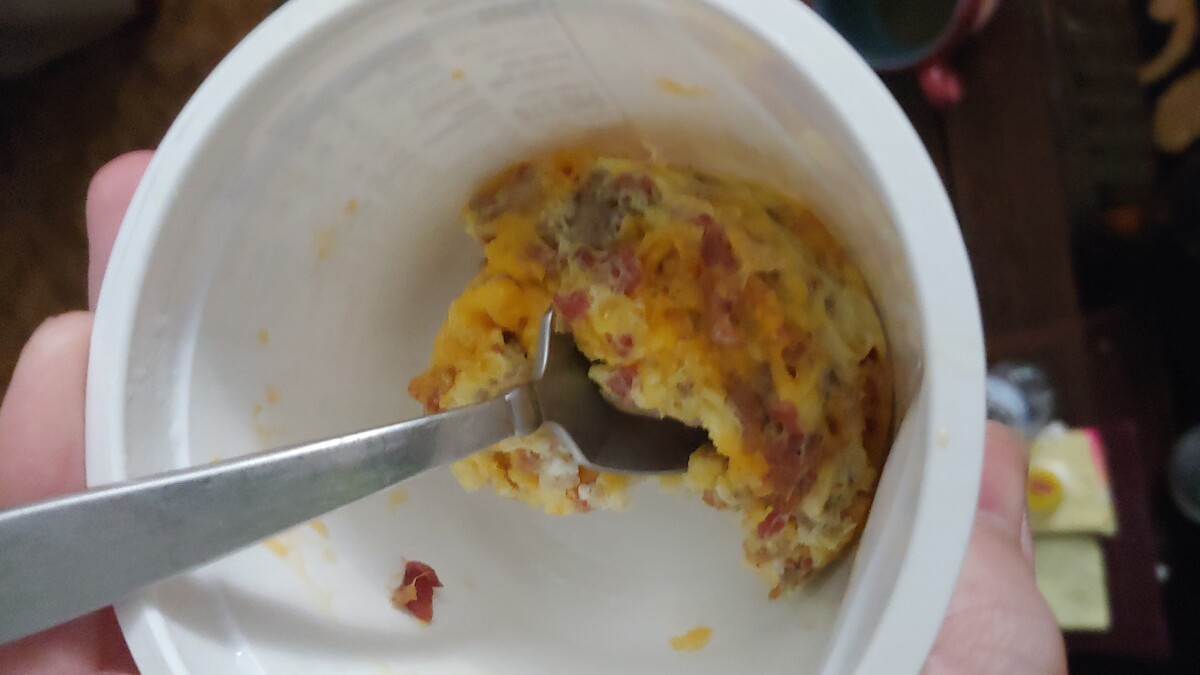 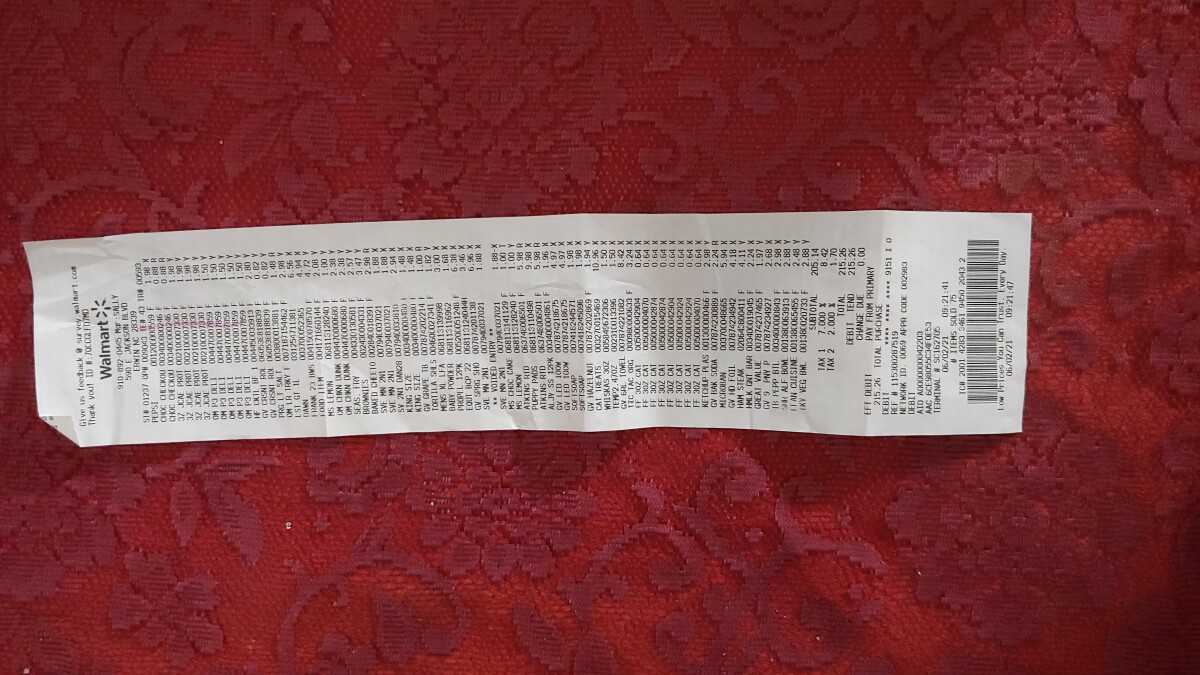 “Pork Dumplings + Sesame beef Was sick within several hours of eating. That was my only meal that day. I was the only one who got sick however it became so severe I had to go to the local emergency care center.
Friday May 14, 2021 See Less”

“I ordered food for my three kids from this location for dinner. Delivered through grub hub. Within 2 hours of eating my kids were toppled over in pain one at a time. Puking and diarrhea and stomach pain. The last 48 hours they have all one by one gone through it. I did not eat it and have not become... See Moresick. See Less” 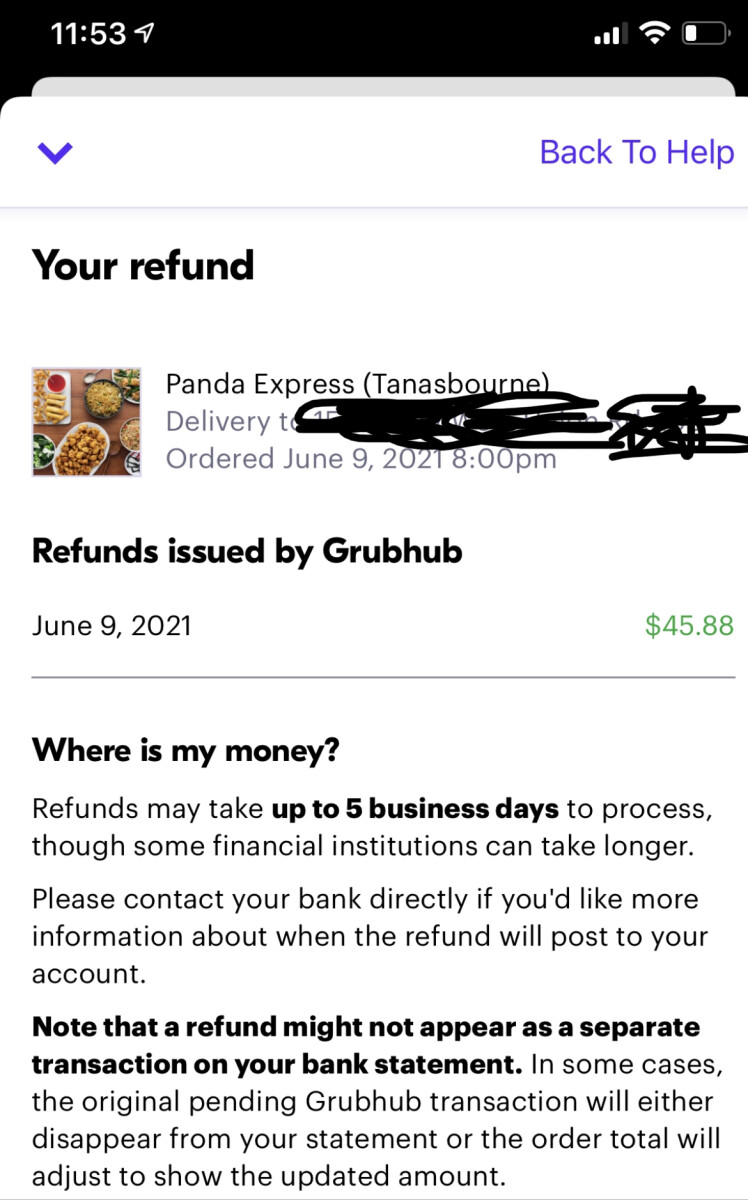