The European Centre for Disease Prevention and Control announced that clusters and outbreaks of hepatitis A virus (HAV) genotype IB with four unique but closely related HAV sequences have been reported in six European Union (EU) countries and in the United Kingdom (UK).

As of 29 September 2022, 303 cases with identical or closely related HAV strains have been identified in Austria (7), Germany (8), Hungary (161), the Netherlands (8), Slovenia (35), Sweden (8), and the UK (76). Currently, available epidemiological and microbiological data suggest that human-to-human transmission has occurred, and possibly also transmission through contaminated food.

On 15 February 2022, Hungary reported an outbreak of HAV genotype IB with the disease onset of the first case in early December 2021. To date, 161 cases (139 males, 22 females) have been confirmed with this strain in the National Hepatitis Reference Laboratory in Hungary. The weekly number of reported hepatitis A cases have been declining since June 2022. In July 2022, a foodborne outbreak was suspected with a link to a restaurant in Hungary, where 16 people fell ill with HAV IB infection. Some of the patients reported consuming cold soup made with frozen berries.

In the UK, no clear source of infection has been identified, but epidemiological investigations so far indicate possible foodborne infections in addition to person-to-person transmission.

Germany, the Netherlands, and Sweden have reported a total of 9 cases infected with strains matching the sequences of the UK strain. Investigations of these cases didn’t find any clear risk factors for infection such as a travel history or consumption of berries. Further investigations are ongoing.

If you are experiencing Hepatitis A symptoms like fever, jaundice, nausea, clay-colored stool, dark urine, malaise, abdominal discomfort, or vomiting, it is important to report it. It can help to detect and resolve outbreaks early and prevent others from being harmed, and it enables better surveillance. If symptoms persist, seek medical care. 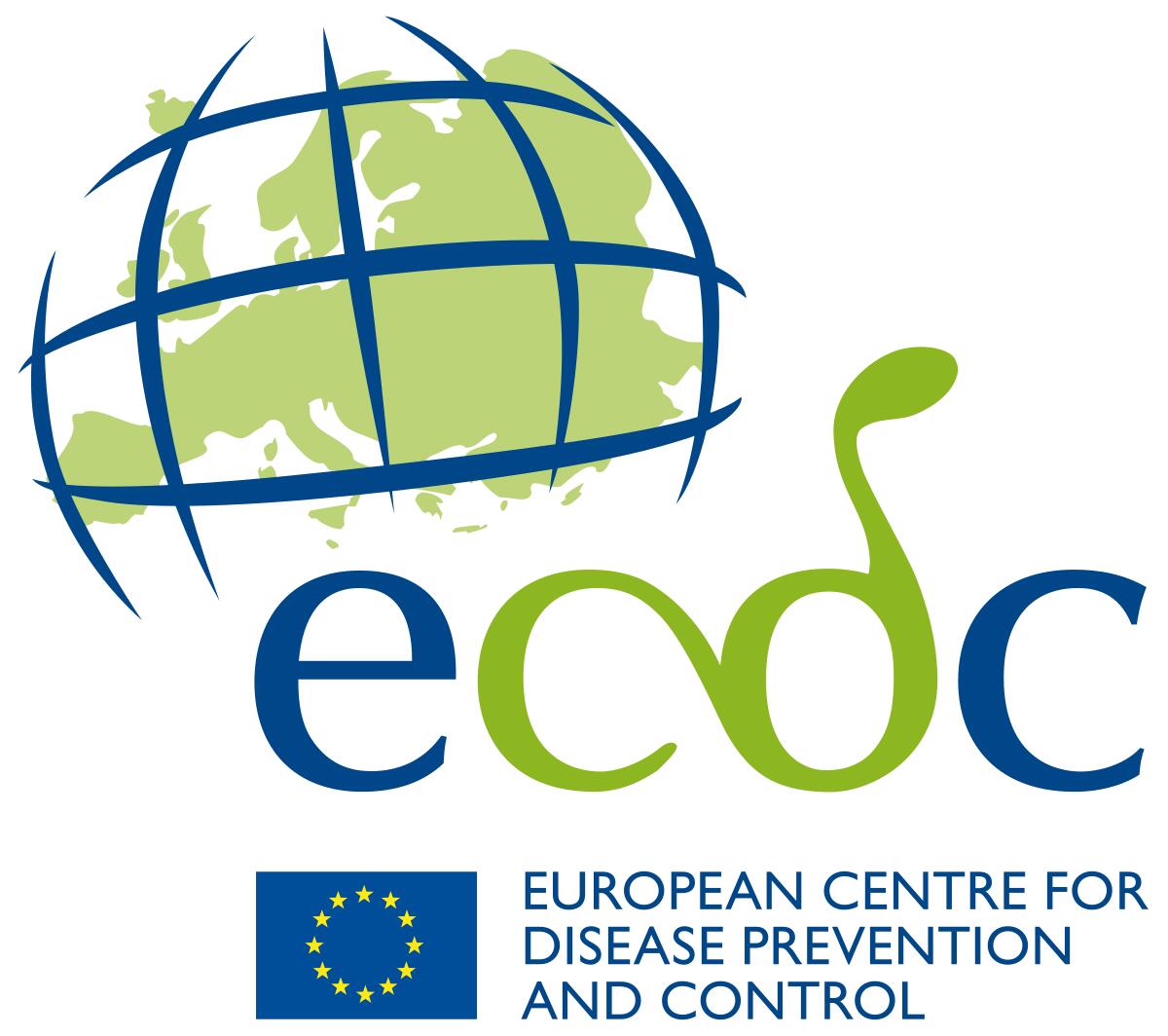 Yesterday, 11.38 I ate ,exactly 8 hours later was feeling sick, then D and V. It was the only thing I ate yesterday and I haven't eaten since | Symptoms: Diarrhea, Nausea, Vomiting, Other See Less

Tuesday, Pizza My boyfriend ordered pizza for me and my children. He lives in a different household. He ordered for him aswell. Different orders and pizza's. I was the first one who got sick, then he got sick too and this morning my baby throw up. This should really be lookin into | Symptoms: Diarrhea, Nausea, Vomiting See Less 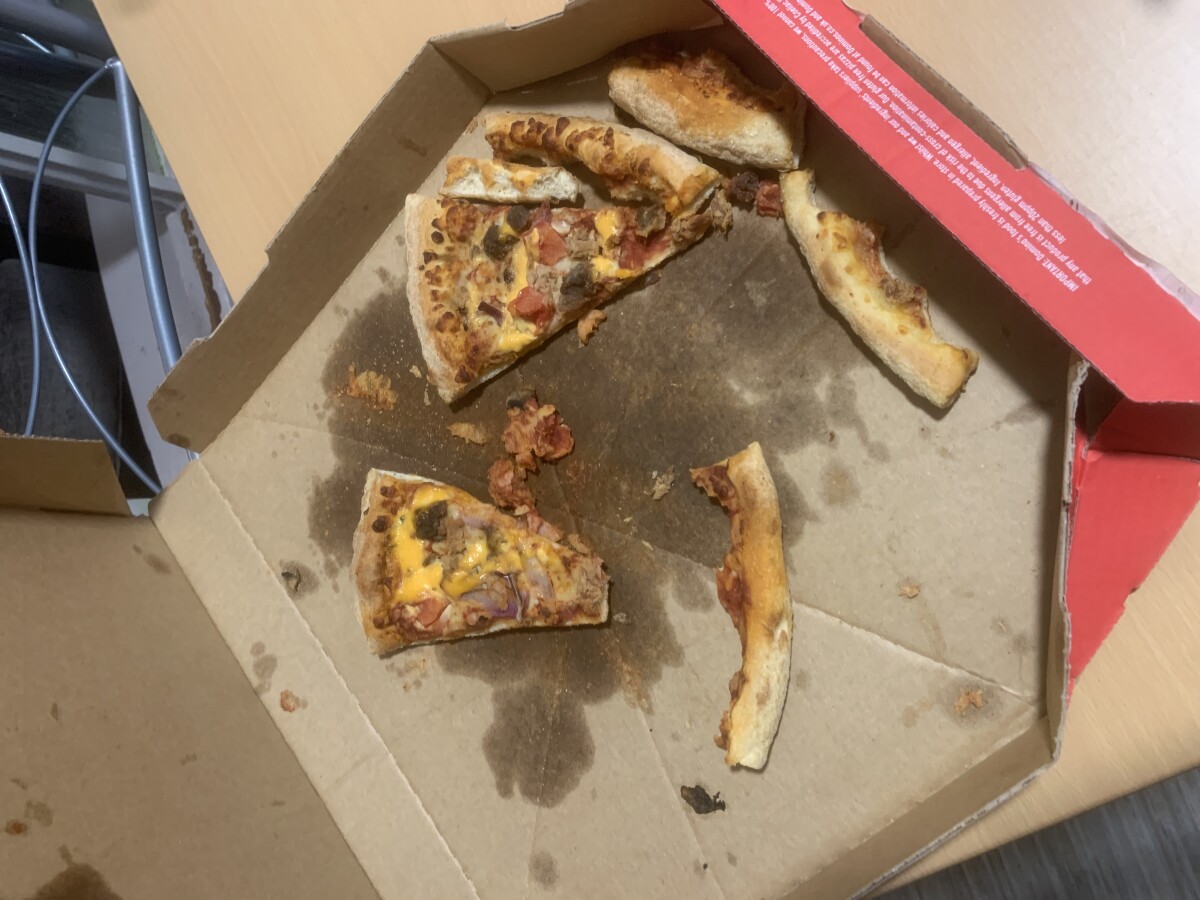 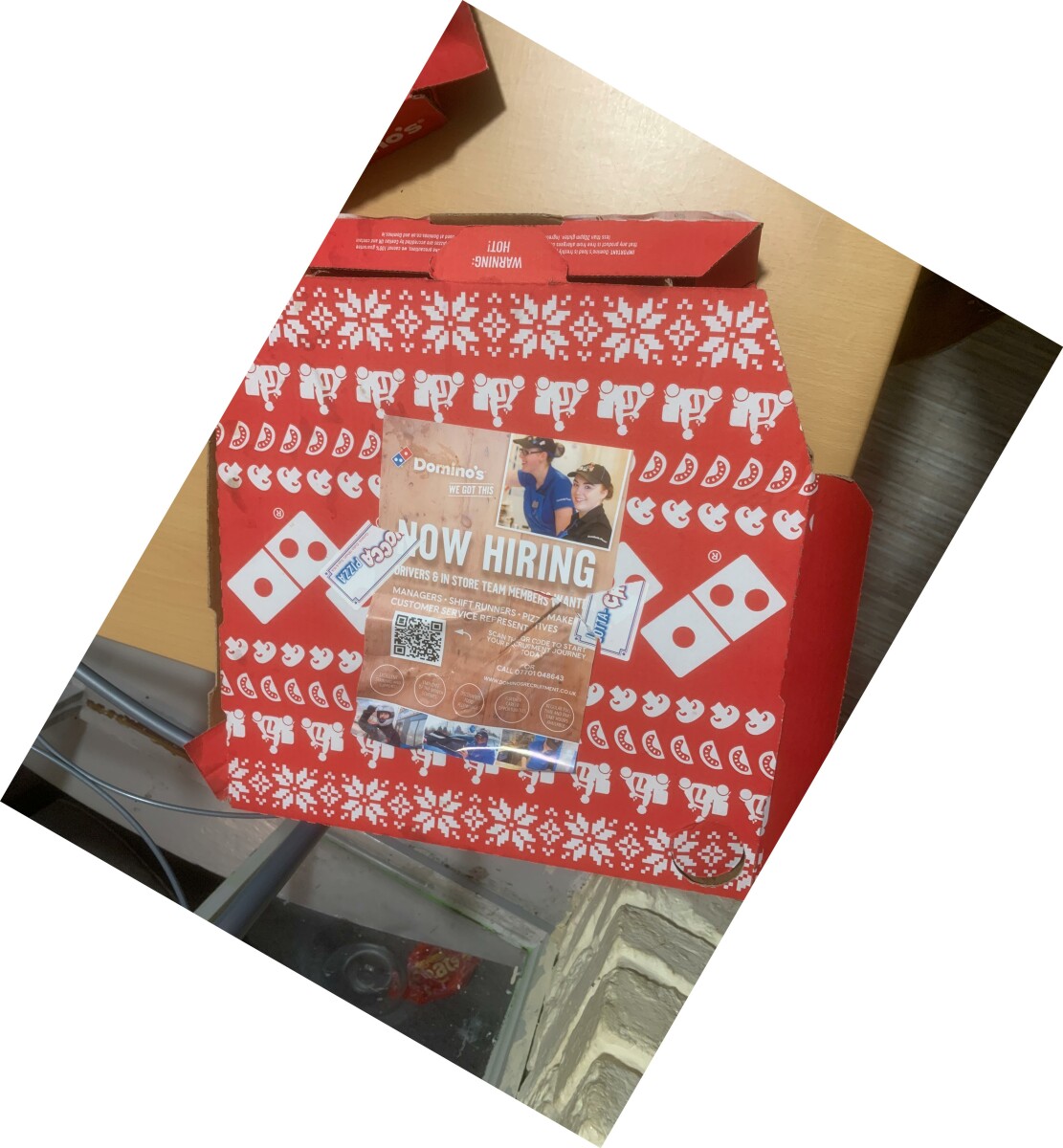 If you have bought the affected product do not eat it. Instead, return it to the store from where it was bought for a full refund.

The product listed above might be contaminated with Bacillus cereus. Symptoms caused by Bacillus cereus can include abdominal pain, stomach cramping, watery diarrhoea, nausea and vomiting.

If you are experiencing symptoms after eating this product it is important to report it. It can help to detect & resolve outbreaks early and prevent others from being harmed, and it enables better surveillance. If symptoms persist seek medical attention. 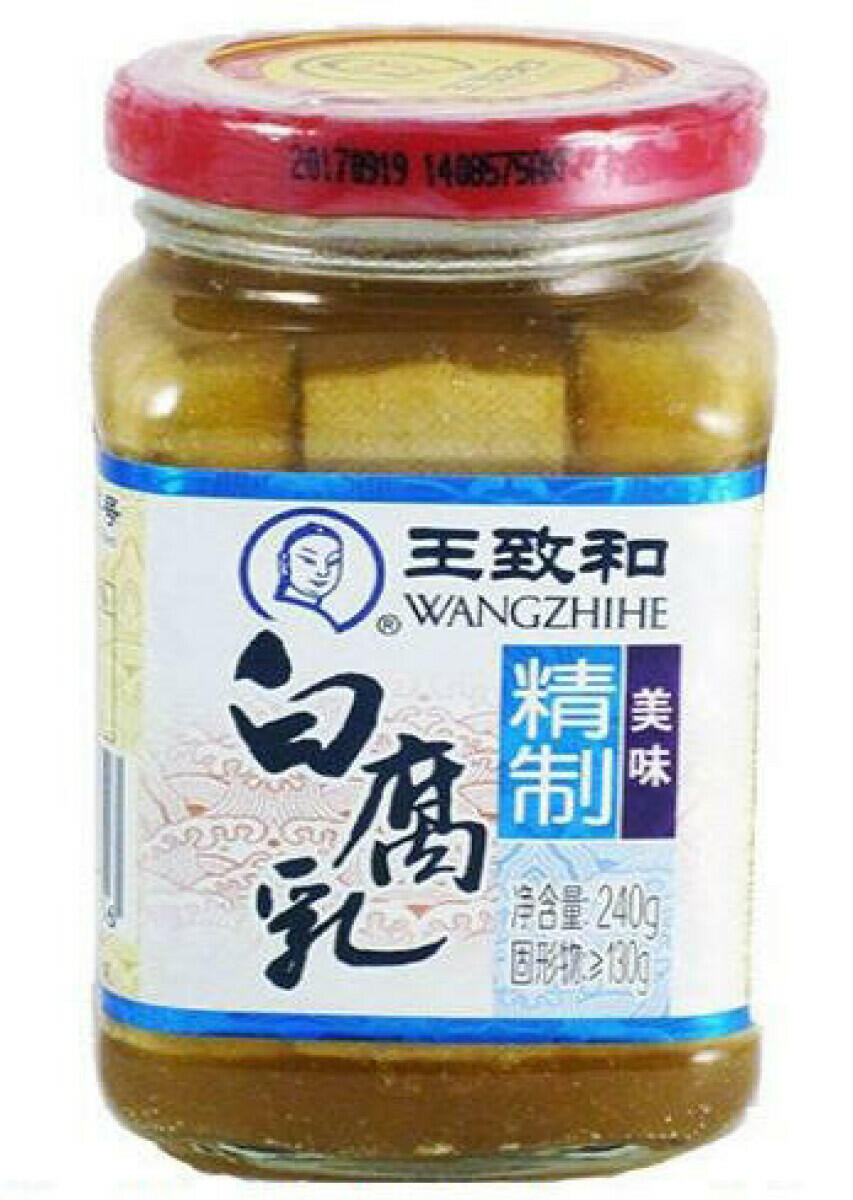 Marussia Beverages UK is recalling various Mozart Liqueurs because they contain milk which is not mentioned on the label. This means the products are a possible health risk for anyone with an allergy or intolerance to milk or milk constituents.

If you have bought any of the above products and have an allergy or intolerance to milk or milk constituents do not drink them. Instead return them to the store from where they were brought for a full refund, with or without a receipt.

Nestlé UK is taking a precautionary step of recalling AERO Hot Chocolate products because a small number of packs may contain small pieces of food-grade silica beads, making them unsafe to eat.

If you have bought any of the affected products do not eat them. Instead, dispose of the contents and send the lid of the jar, the empty sachet or the sleeve of the cups (cardboard of plastic 8-sleeve) with your name and address for a full refund to AERO Hot Chocolate Recall, PO BOX 205, Freepost 1374, York, YO91 1XB.

In case you experience harm from products, it is important to report it. It can help to detect & resolve issues and prevent others from being harmed, and it enables better surveillance. If symptoms persist, seek medical care.

Purchased meatballs, potatoes, carrots and onions and made a stew. Inside the next 24 hours myself and my partner both got sick. | Symptoms: Nausea, Diarrhea, Vomiting See Less

Yesterday, Ramen soup from here Sent back the first bowl as the noodles were clammy and powdery and sticking together they sent a replacement and the taste of the menma was off and slimy but felt bad to send again so just didn't eat that part but still ended up feeling unwell | Symptoms: Diarrhea, Nausea See Less

I bought this for supper last night and about a hour later I started feeling nauseous. I woke up this morning feeling nauseous and had cramps in my stomach as well | Symptoms: Nausea, Cramps See Less

Oklahoma State Department of Health is investigating an increase in stomach illness in Hydro, OK. The Department is still trying to figure out the cause of these illnesses. Out of an abundance of caution, department officials are encouraging people in Hydro to drink bottled water or boil... See More tap water for the time being. Also, they are now doing wastewater surveillance to get some answers, and 2 pathogens have been identified among lab-positive cases during this wastewater surveillance.

According to the news, OSDH public information officer Erica Rankin-Riley said "We don’t have confirmation water is the source of these stomach illness complaints, but we would recommend people who live, visit, work, or attend school in Hydro consider temporarily drinking bottled water or boiled tap water while in Hydro.", in addition, she said "As this is a rapidly evolving and dynamic situation, at this point in the outbreak, we can confirm new cases are still occurring,”

In case you experience vomiting, diarrhea, and nausea, report it now. It can help to detect & resolve outbreaks early and prevent others from being harmed, and it enables better surveillance. If symptoms persist, seek medical care. 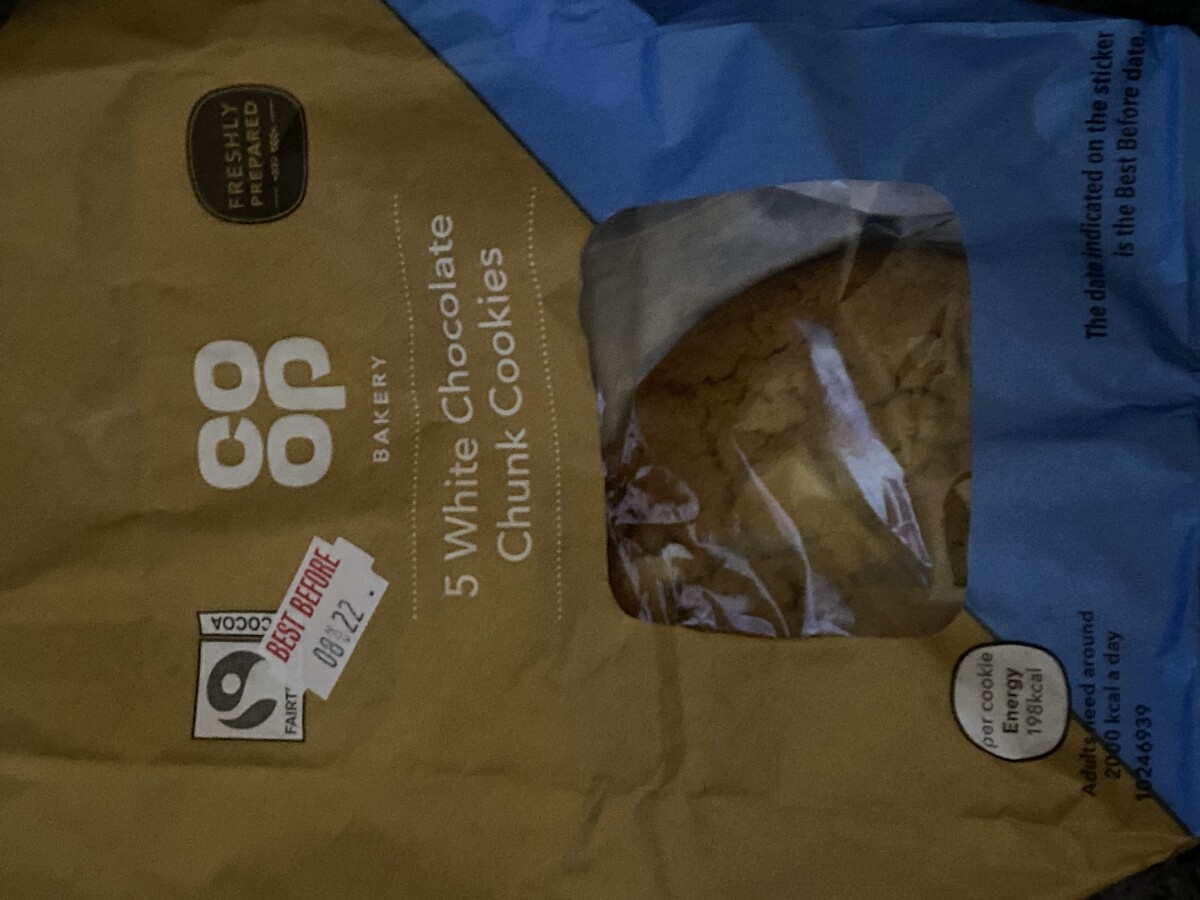 Last night, November 10th 2022, I purchased chicken fingers and fries. I ate it right away and was fine that evening. I usually have a very strong immune system and never get sick. The following morning woke up with stomach cramps, chills, and diarrhea. Lasted about 20 mins. | Symptoms: Diarrhea, Cramps, Chills See Less 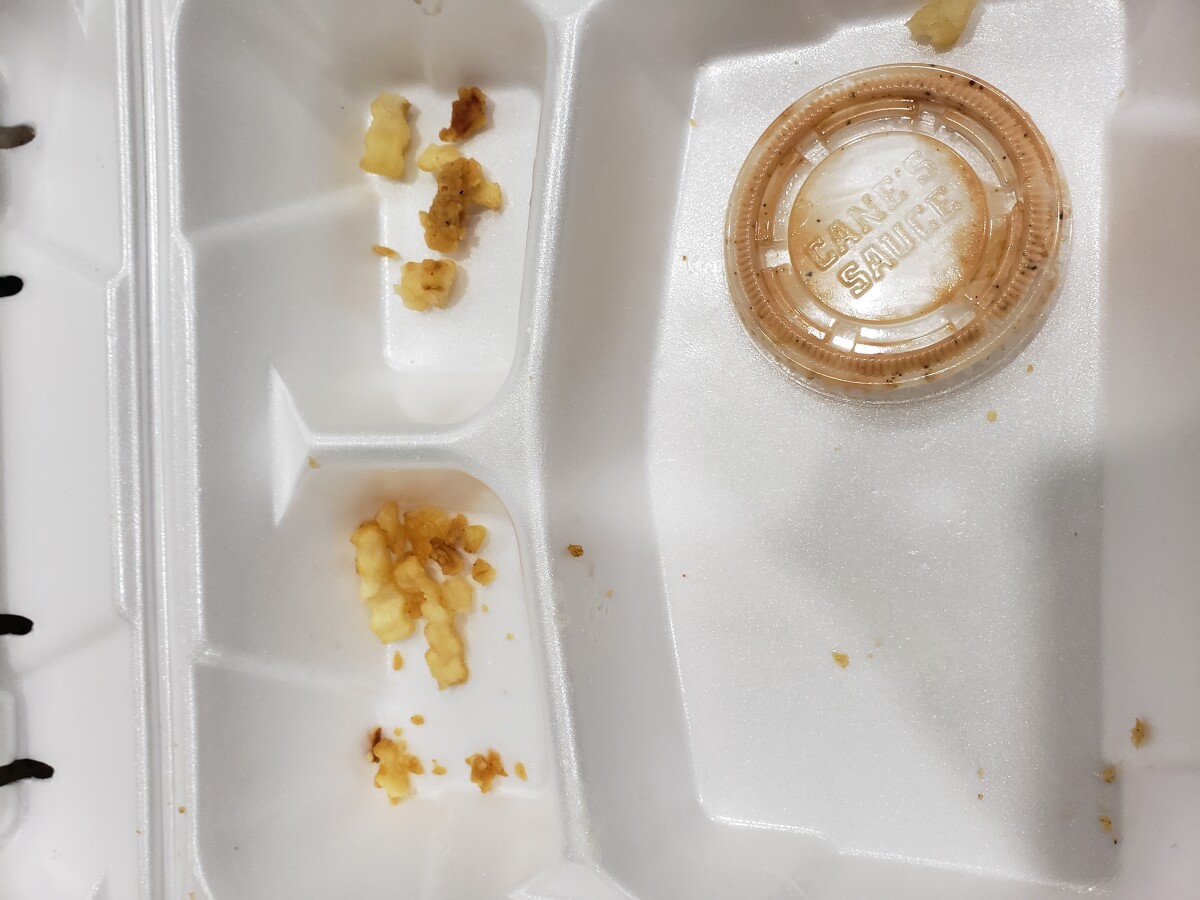 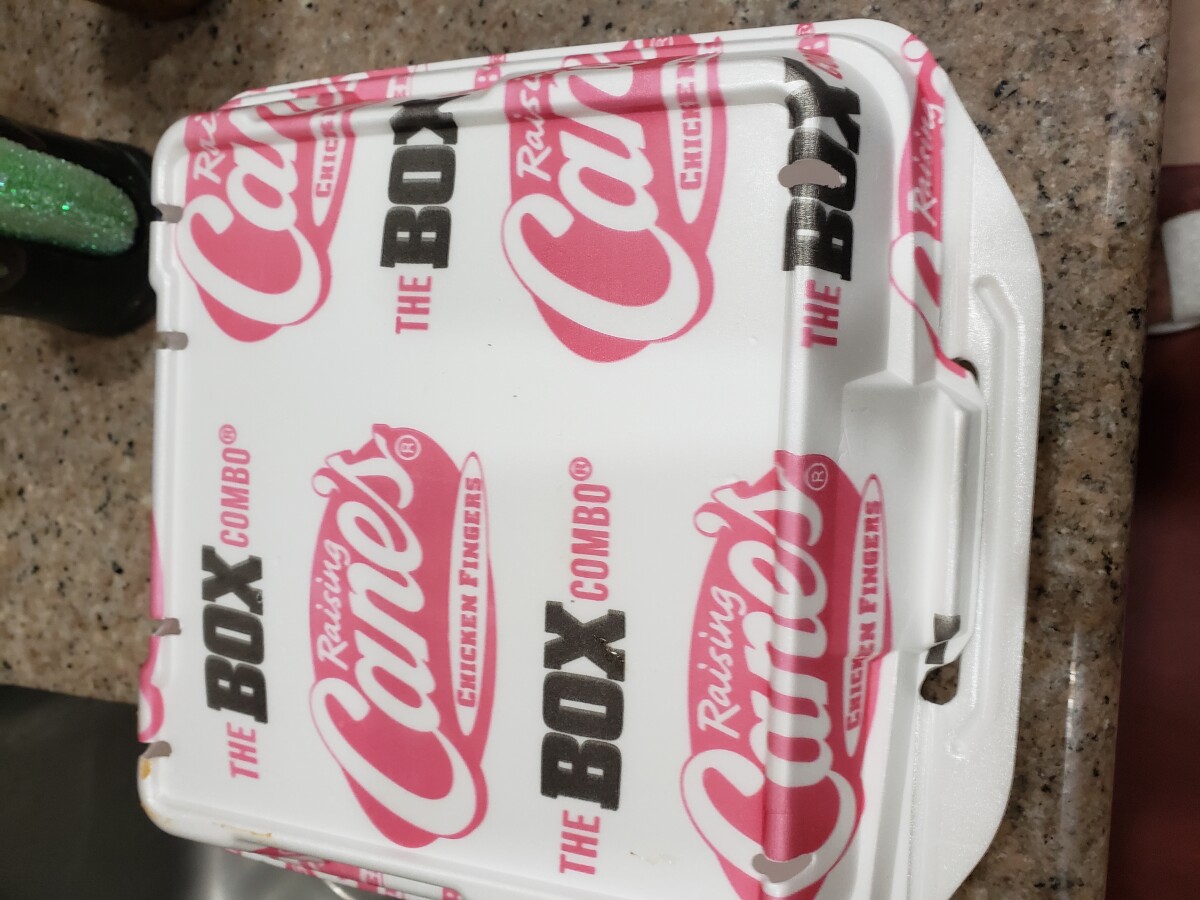 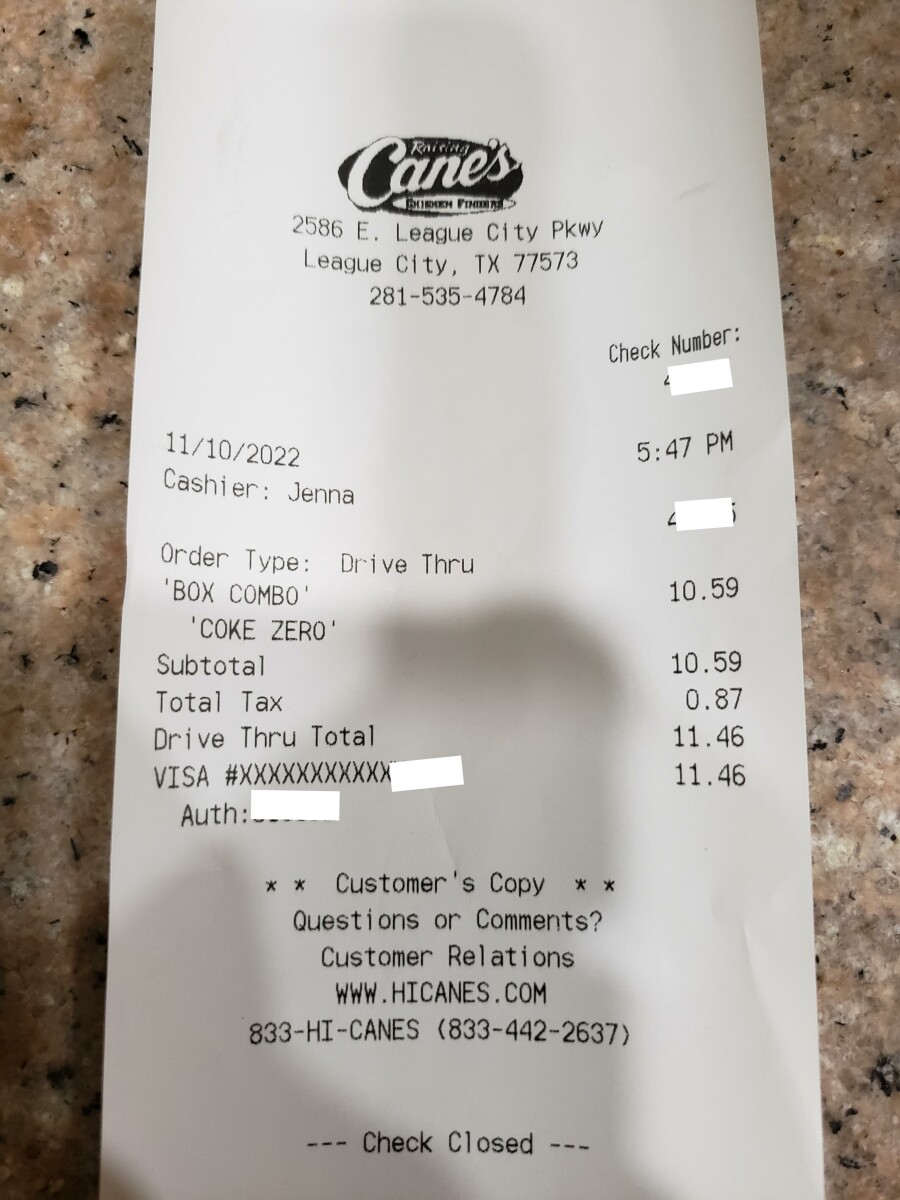 Marussia Beverages UK is recalling various Mozart Liqueurs because they contain milk which is not mentioned on the label. This means the products are a possible health risk for anyone with an allergy or intolerance to milk or milk constituents.

If you have bought any of the above products and have an allergy or intolerance to milk or milk constituents do not drink them. Instead return them to the store from where they were brought for a full refund, with or without a receipt.

Yesterday, fried chicken The chicken was not tasty. See Less 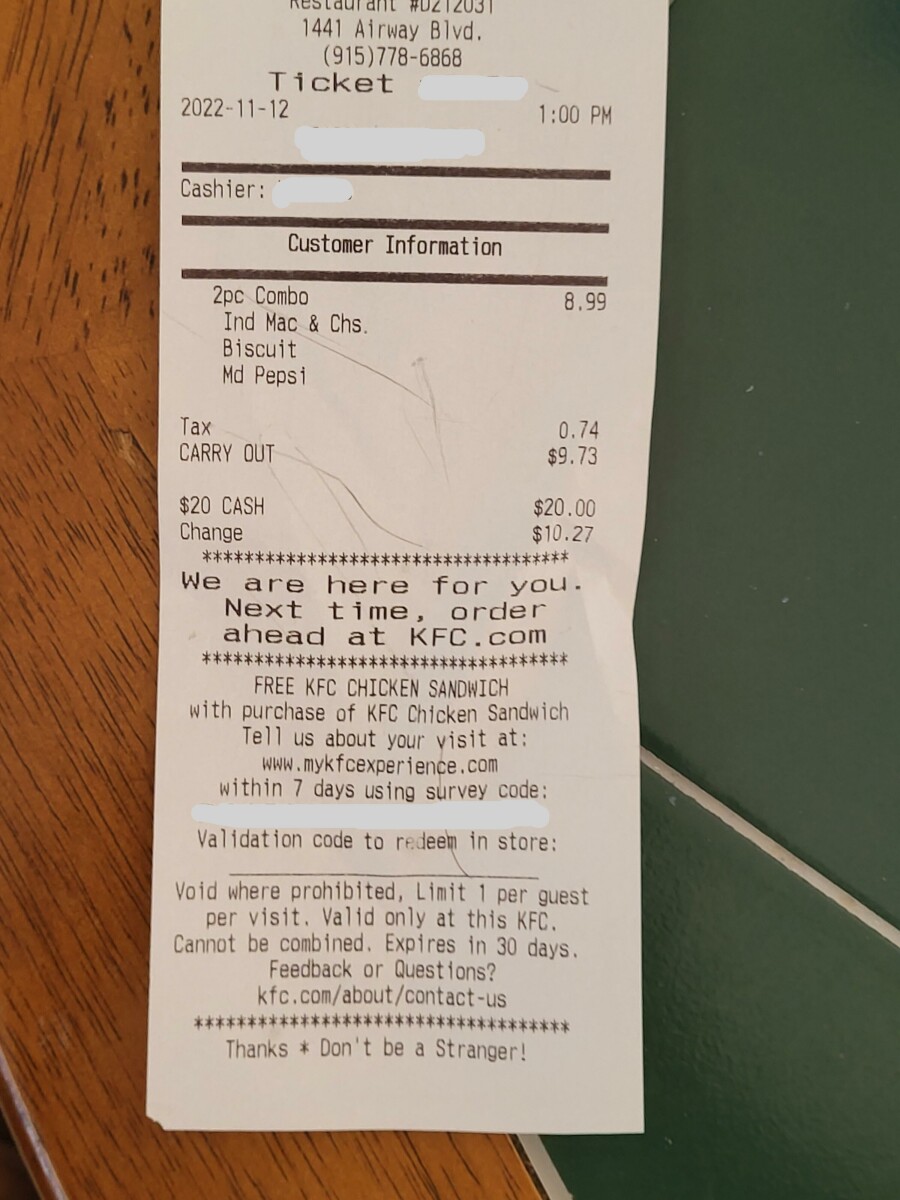 Suspected food poisoning. Symptoms: Diarrhea,Nausea,Vomiting,Stomach Pain,Cramps,Headache
Suspected source: Eating Lucky Charms cereal
Onset: 1-2 hours
Duration: 3 days, until removing the cereal from the cabinet
Additional information: All three of my children got sick within 1-2 hours of eating this cereal. Each at the cereal at different... See More times and got sick after. Two of them ate the cereal again, not knowing that it was causing them to be sick and were again sick with pain, nausea, vomiting and diarrhea. | Symptoms: Diarrhea, Nausea, Vomiting, Stomach Pain, Cramps, Headache See Less 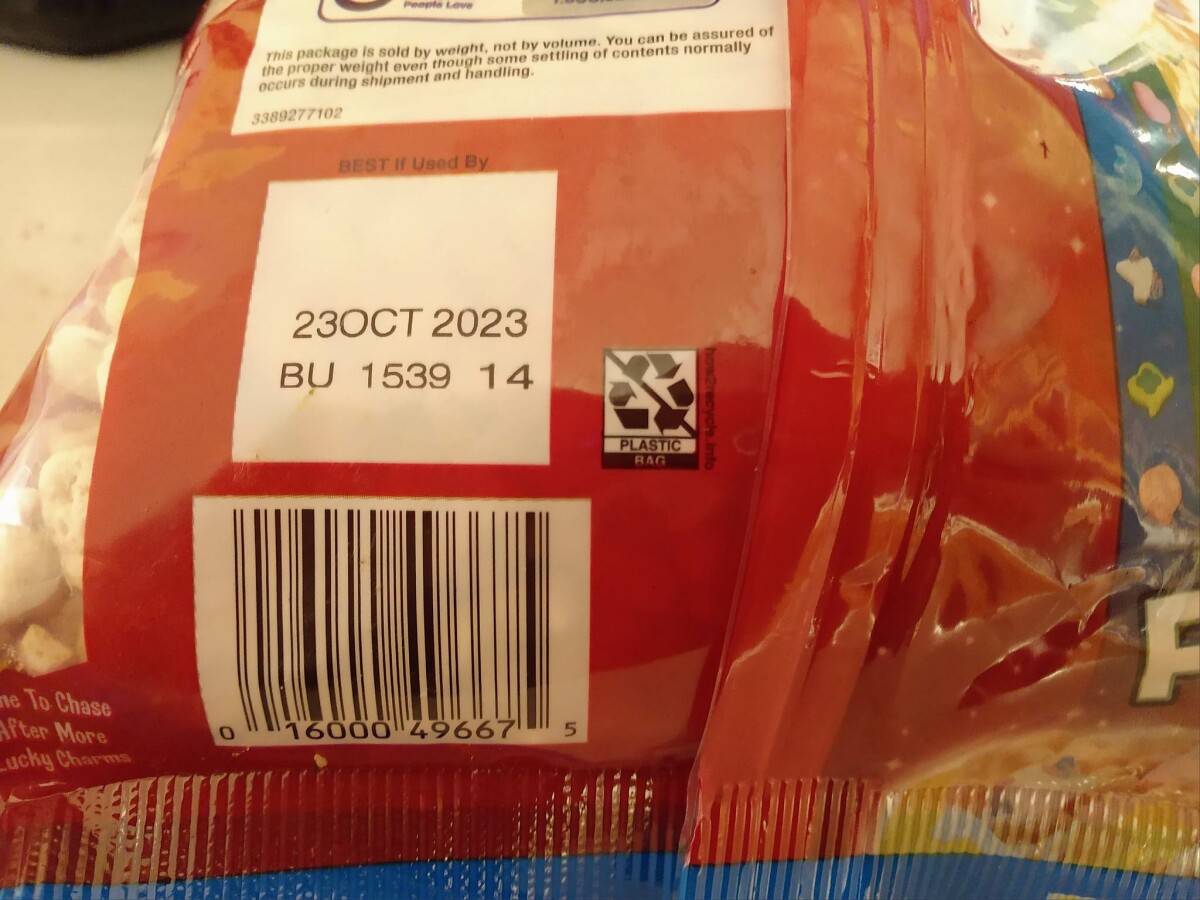 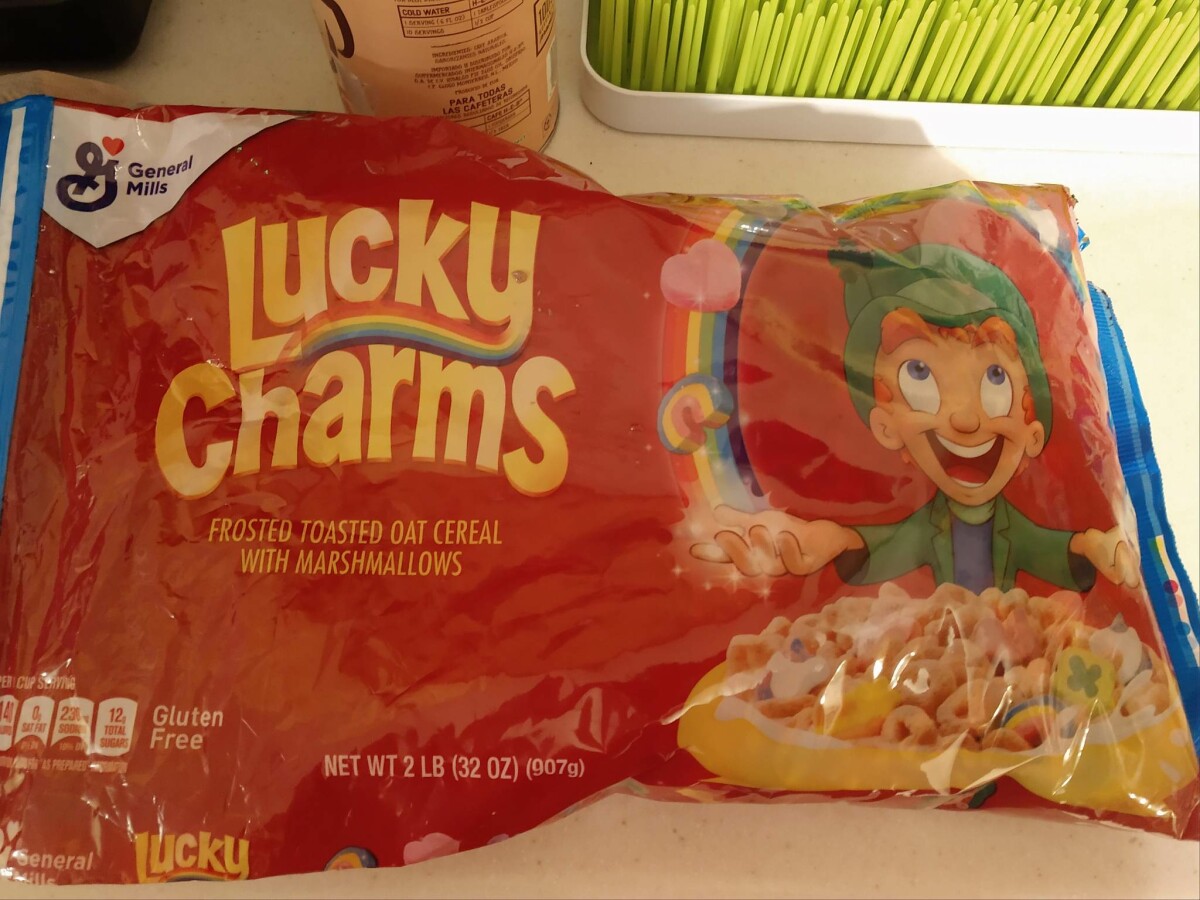 Door dash reps have been very rude to me lately an wouldn’t even call in when I asked them to tell the restaurant to not add sour cream or sauce they just made a joke of it doordash that is then I get my food which took... See More forever when it’s right down the street it’s like the driver was driving slow as possible I eat then no more then an hour later I have nausea vomiting don’t even want to stand up an still feeling like crap the next day doordash is bad people they deserve to be shut down | Symptoms: Nausea, Vomiting See Less 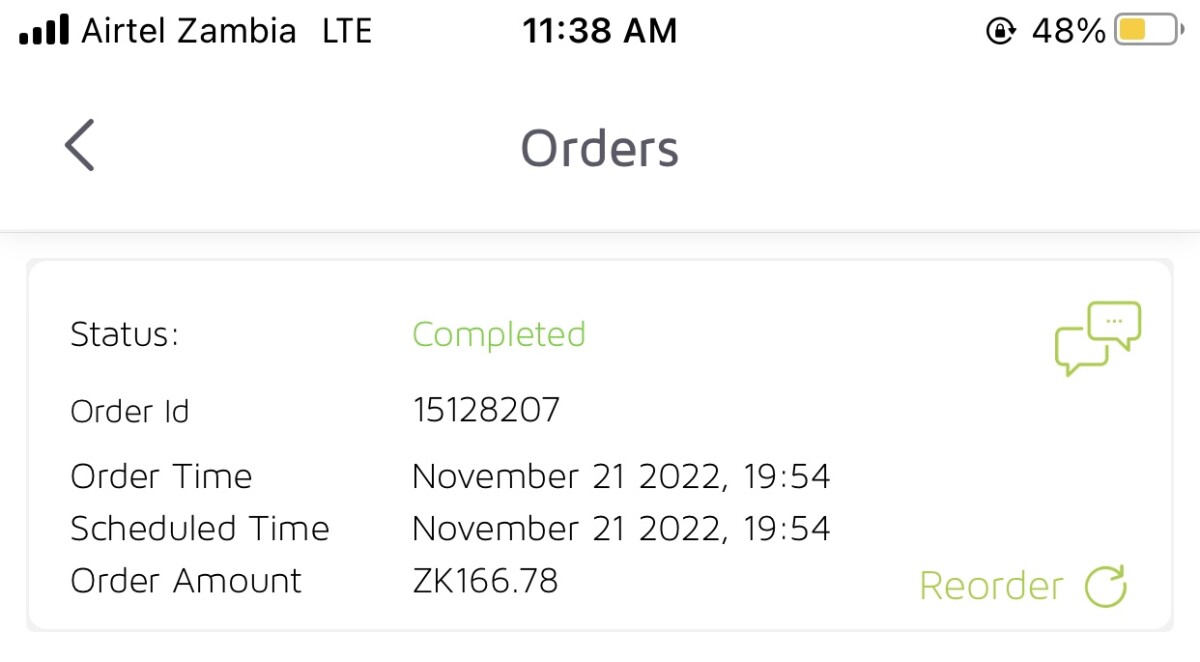 Me and my 3 years old son have diarrhea and stomach pain, nauseas maybe one or two hours after we eat | Symptoms: Nausea, Diarrhea, Stomach Pain See Less 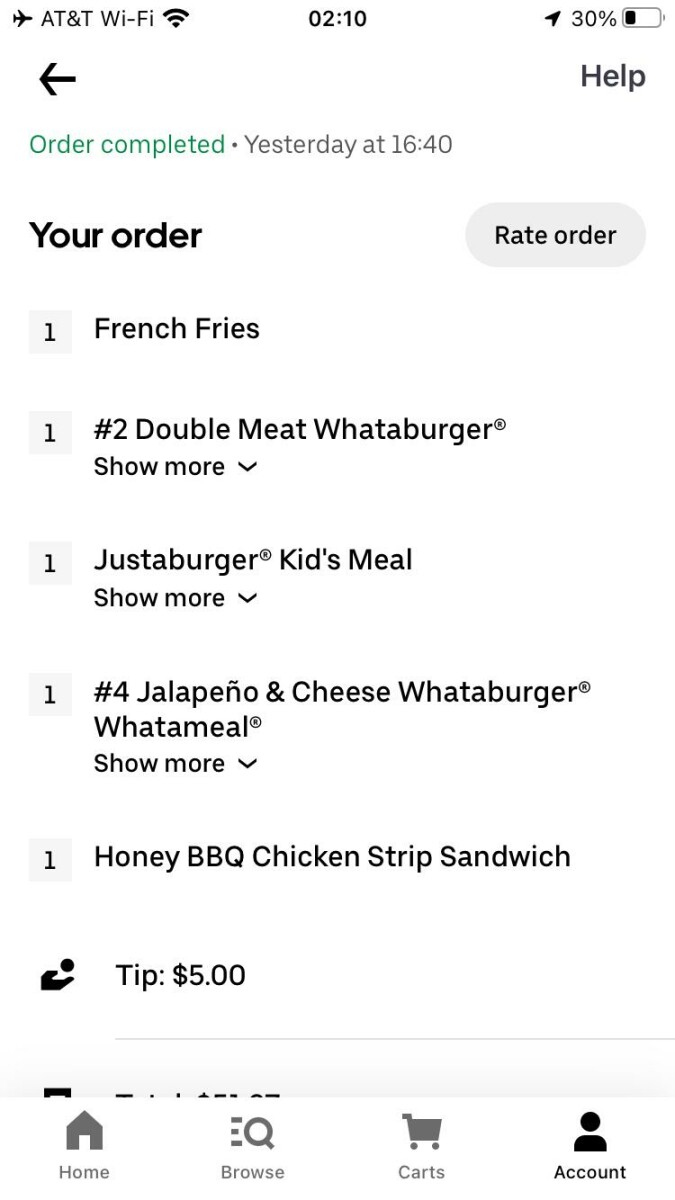 Spinach and artichoke, I ate a little bit of dip and crackers two nights ago and was nauseated. I had a big portion (1/2 cup) last night with crackers and a sparking water. I became nauseated probably an hour later. I laid down and the nausea got... See More worse. I vomited from 10:30 pm until 4:30 this morning. Then diarrhea started about 5 am and still going on. No fever | Symptoms: Nausea, Vomiting, Diarrhea See Less 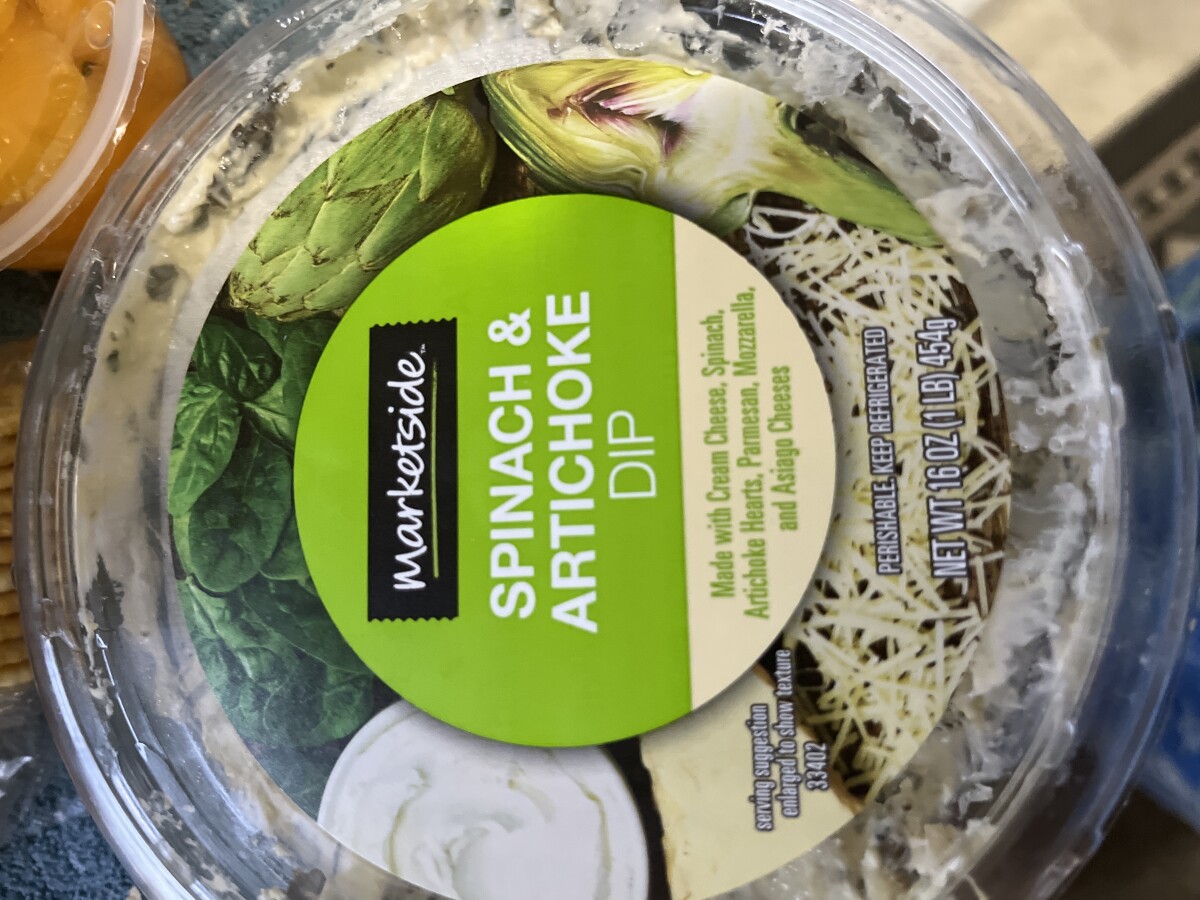