The family and I went to the Midsummer Smorgasbord at IKEA and thoroughly enjoyed ourselves. After a few hours had passed, I started feeling woozy and very nauseous. I tried to sleep, but every 30 mins was in the bathroom with massive gas (burping & flatulence), feeling like I needed to do more, but unable to do so. It got so bad at one point I tried to induce vomiting, but no dice. After another round of trying to sleep, I knew something had changed. I raced into the bathroom, with chills and shakes, and barely managed to grab a bucket as I sat on the toilet. Not to be gross, but it was awful having it come out both ends at the same time. An hour later, same thing. At this point I was so dizzy from loss of water, etc, but I couldn't keep anything down. It's now 8 hours later and I'm just now able to keep crackers and water on my stomach...I hope. My family all ate the same stuff, except I ate quite a bit of their gravad lax which is their raw, cured salmon. Apparently, it wasn't cured enough, because I've never been this sick in my life. Not sure I'll ever eat at IKEA again.

“Both my mother and I had eaten a blueberry muffin that was purchased yesterday, she was so ill that I had to go to her house to help her, not knowing what made her sick, I had eaten a muffin while I was there,I spent the entire night in the bathroom sick as a dog. See Less”

“Shared a meal and both of us woke up with cramping, diarrhea. Only thing in common was the this. See Less”

“Report date: Oct 20, 2020
60. Previous core violation corrected
- comments: previous core violations from report # 2382403 6/29/20 not corrected. # 49- must clean spills from mc cafe prep cooler. # 55- must grout floor in mc cafe area & next to ice machine. #55- must clean debris build up from w... See Morealls in mc cafe area. # 55- must clean excessive grease build up from floor under cooking equipment. #55- must elevate,remove and organize articles off of floor and away from walls in storage closets in rear drive -thru area. Must repair or replace and maintain. (priority foundation 7-42-090)(citation issued).

51. Plumbing installed; proper backflow devices
- comments: observed the 3 compartment sink in poor repair(broken/missing fixtures) not able to turn on or use sink for dish washing. Must be able to properly wash,rinse and sanitize pots,pans and dishes. Must repair and maintain. Priority violation citation issue #7-38-030(c).

51. Plumbing installed; proper backflow devices
- comments: observed a hand sink in the front prep area has a slow drain. Observed the grease trap with a leak on the side. Must repair and maintain.

55. Physical facilities installed, maintained & clean
- comments: floors need cleaning behind the cooking equipment along the along the wal base and in corners to remove grease. Also clean the interior floors of the walk in cooler and freezer to remove spills and debris.

57. All food employees have food handler training
- comments: instructed manager to comply with the idph food handler requirement or citations will follow.

60. Previous core violation correc... See Moreted
- comments: previous core violations from report #2385369 7/24/2020 not corrected #37- must label food storage containers when not in original package. #47- must remove cardboard from lower shelves of prep table,rust from lid of chest freezer. #49- must clean debris build up from fryer cabinets,potatoe peeler. #53- must repair or replace broken self closing device on toilet room door. # 55- must clean food debris and grease from walls and ledges in prep area. # 55- must clean excessive grease build up from floor behind fryers. #55- must repair or replace stained ceiling tiles ,missing wall tiles in lobby area,damaged floor tile behind prep table near fryers. #56- must replace or repair cracked light shield in front prep area and missing in rear dish washing area. #57- observed no food handlers training for employees. Must provide and maintain. (priority foundation 7-42-090)(citation issued)

60. Previous core violation corrected
- comments: revious core violations from 7/18/19 report 2303365 not corrected: 41 wiping cloths improperly stored. Instd to store in sanitizing solution when not in use. 43 bowl being stored in container of cooked rice in walk in cooler. Instd to use proper dispensing utensils and if storing in food , dispensing utensil handle can not be stored in food. 47 observed unfinished clay serving cups at bar. Instd to remove from premises and use proper food grade serving ware. 51 unable to locate backflow device on ice machines. Instd to be able to locate or install same. 55 cracked floor tiles near rear basement stairs. Instd to repair tiles so as surface to be smooth even and easily cleanable surface. 55 rear stairwell leading to basement not clean, excessive debris build up (stairs, rails, walls). Instd to clean all and maintain. - citation issued 7-42-090 priority foundation

“I think it's saussages i bought from there Got sick this morning after i ate few sausages yesterday. See Less” 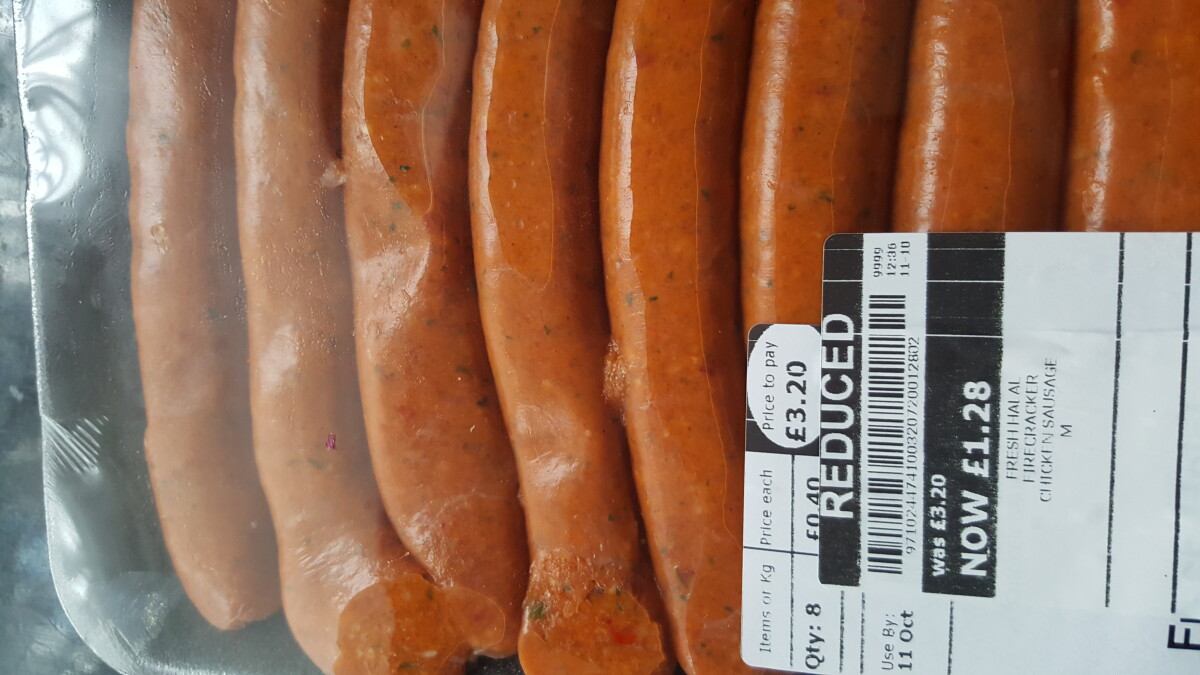 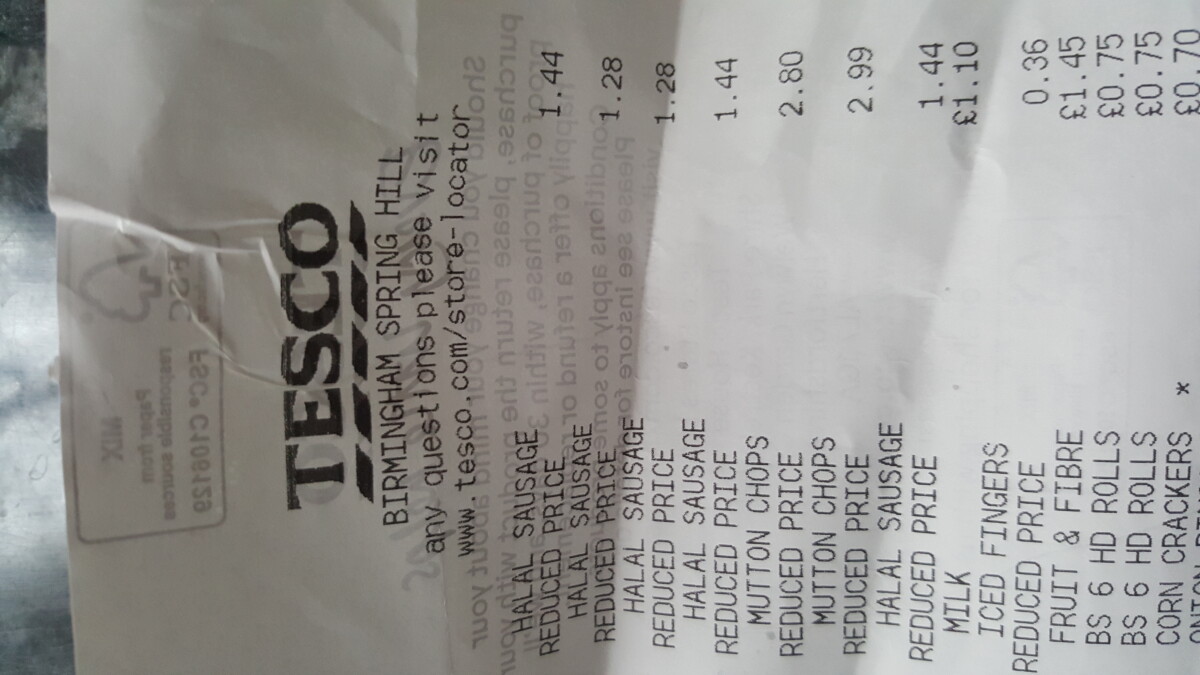 “Taher, Inc., a Plymouth, Minn. firm, is recalling approximately 22,096 pounds of meat products that were produced without the benefit of federal inspection, the U.S. Department of Agriculture’s Food Safety and Inspection Service (FSIS) announced today.

The frozen meat products were produced and p... See Moreackaged from Feb. 25, 2020 through Sept. 22, 2020. The following products are subject to recall: [View Labels (PDF Only)]

The products subject to recall may or may not bear establishment number “EST. 45091” inside the USDA mark of inspection. These items were shipped to institutions and food service locations in Minnesota.

FSIS is concerned that some product may be in institutional or food service freezers. Institutions and food service locations who have purchased these products are urged not to serve them. These products should be thrown away or returned to the place of purchase. 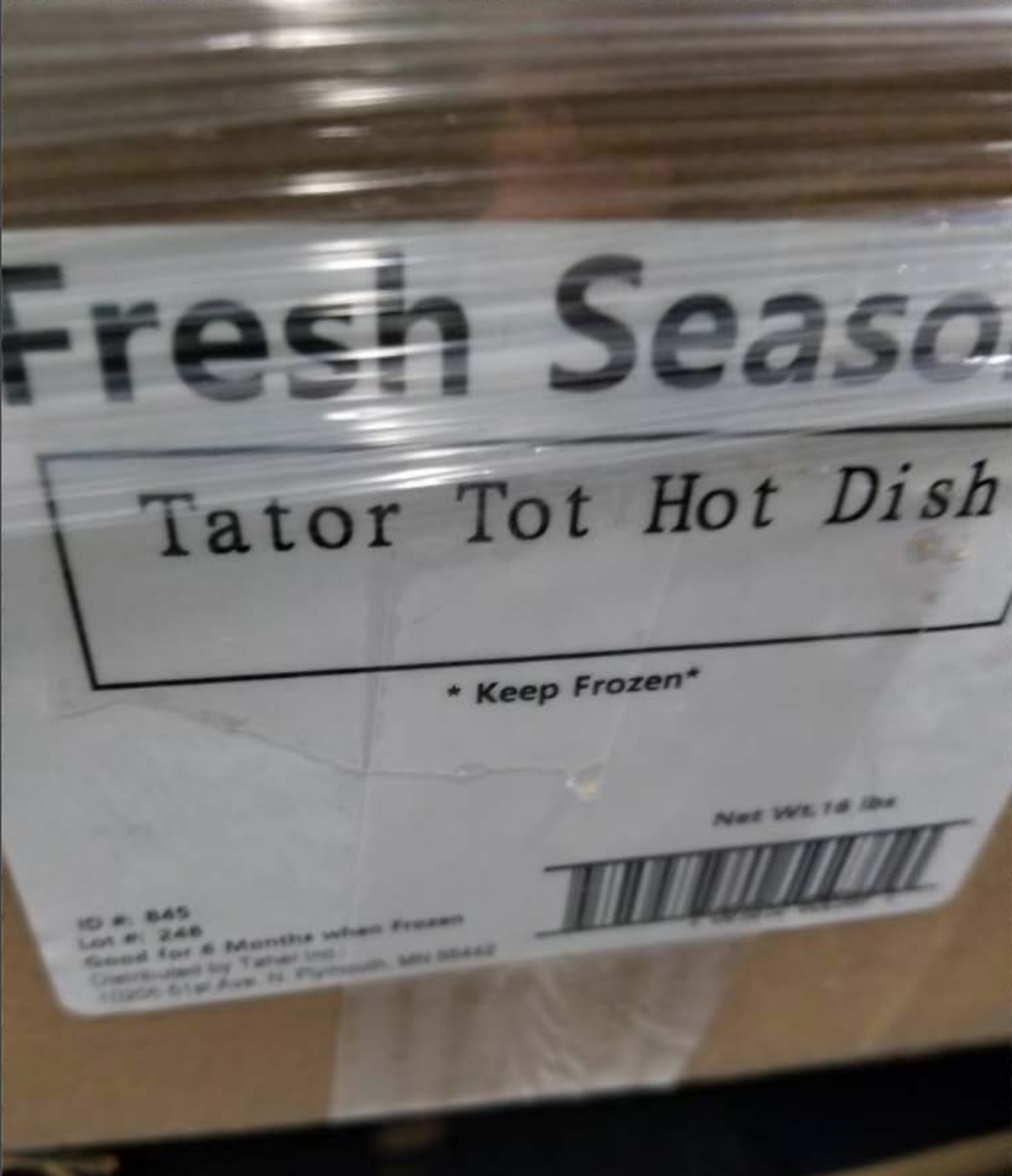 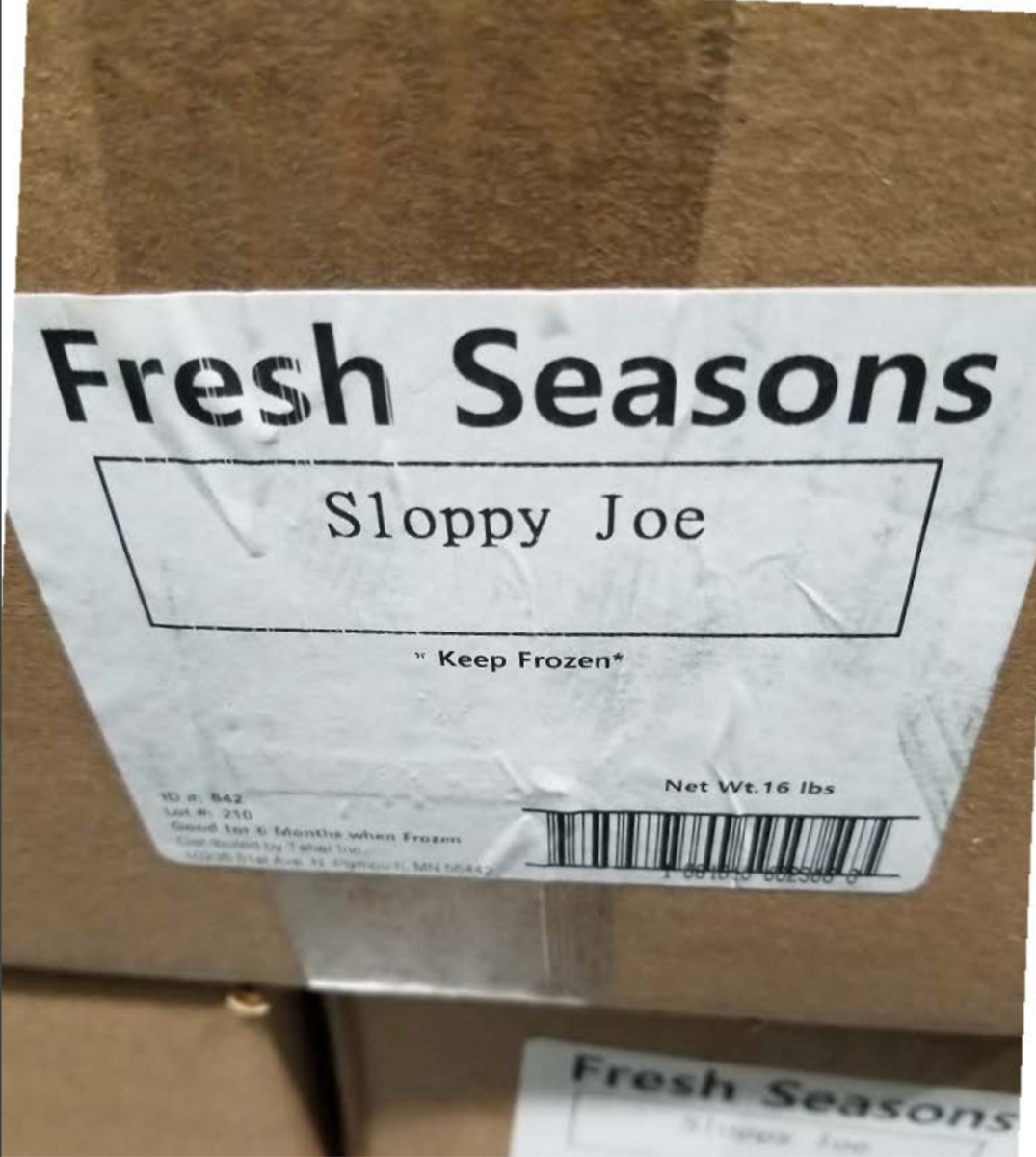 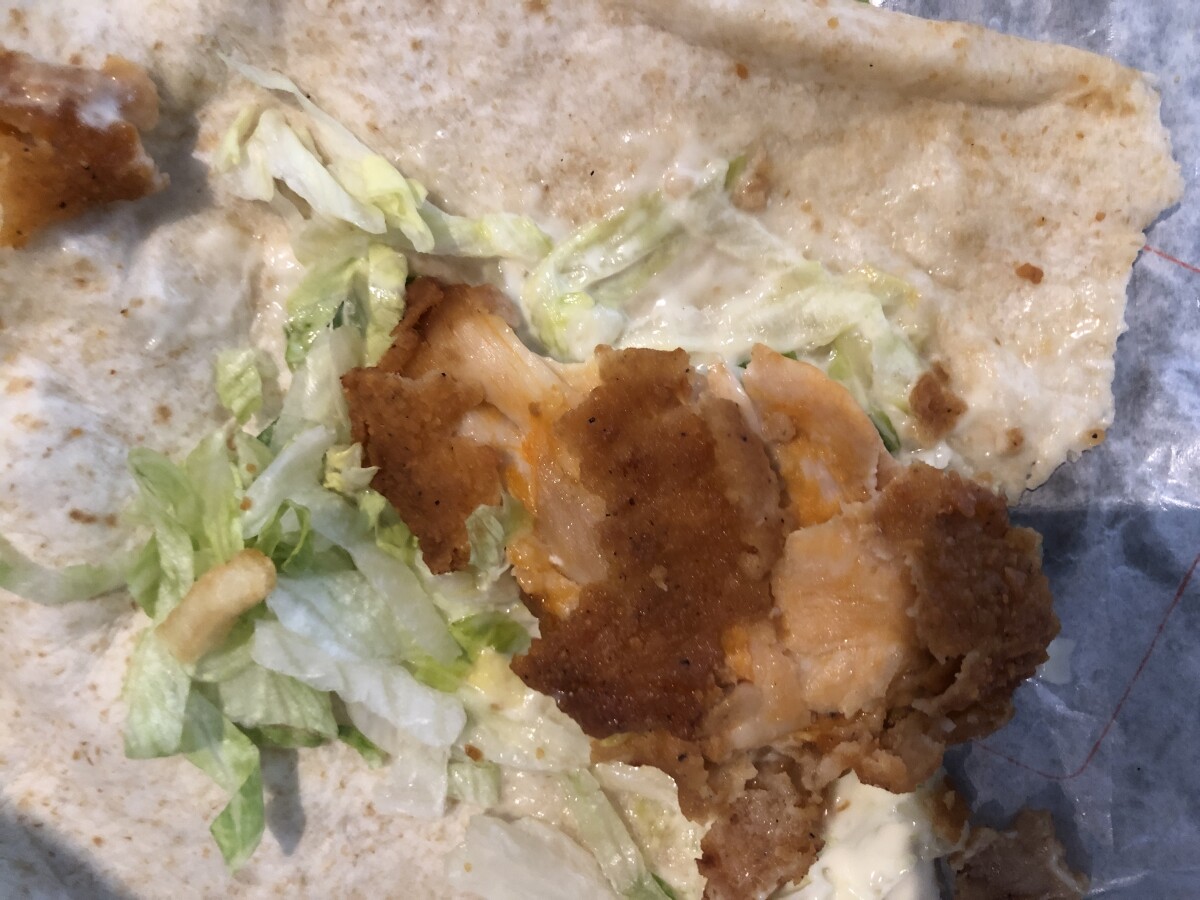 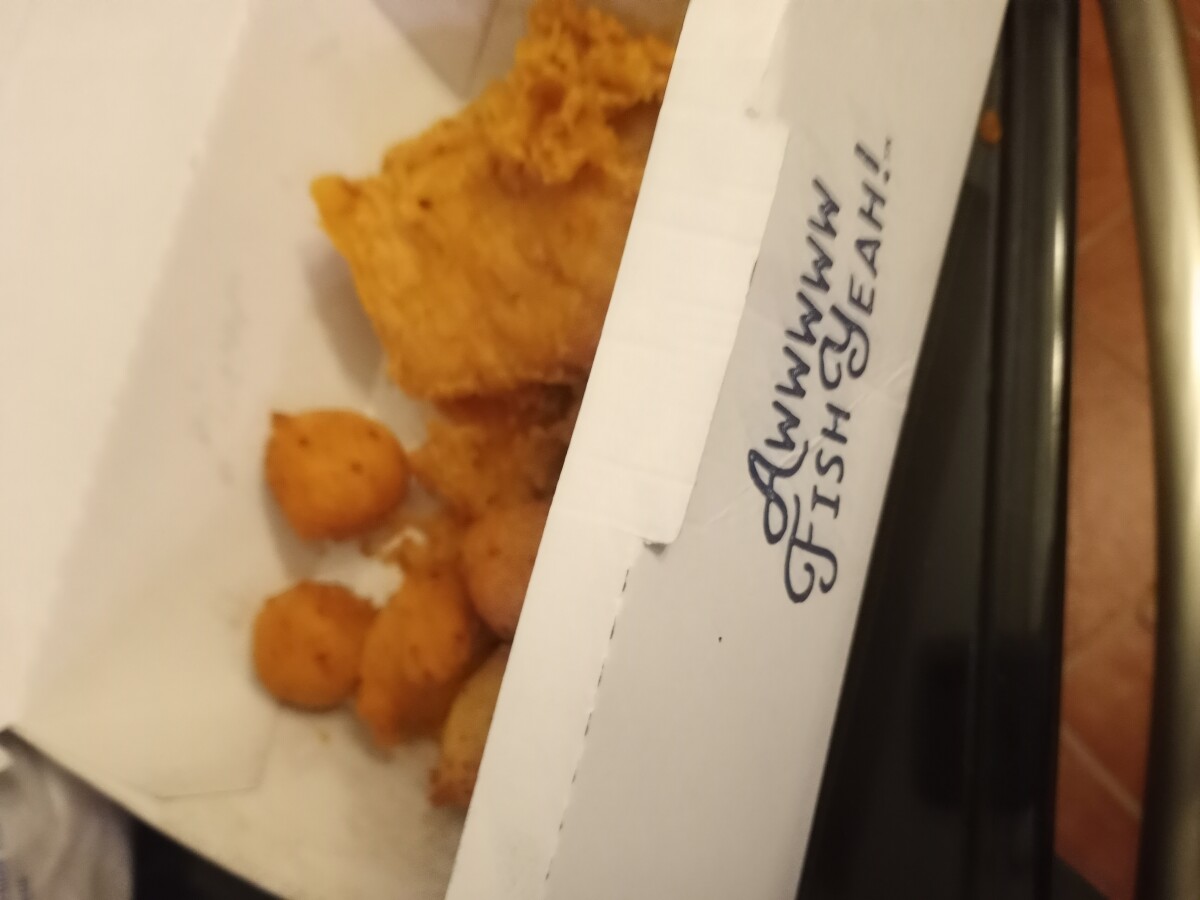 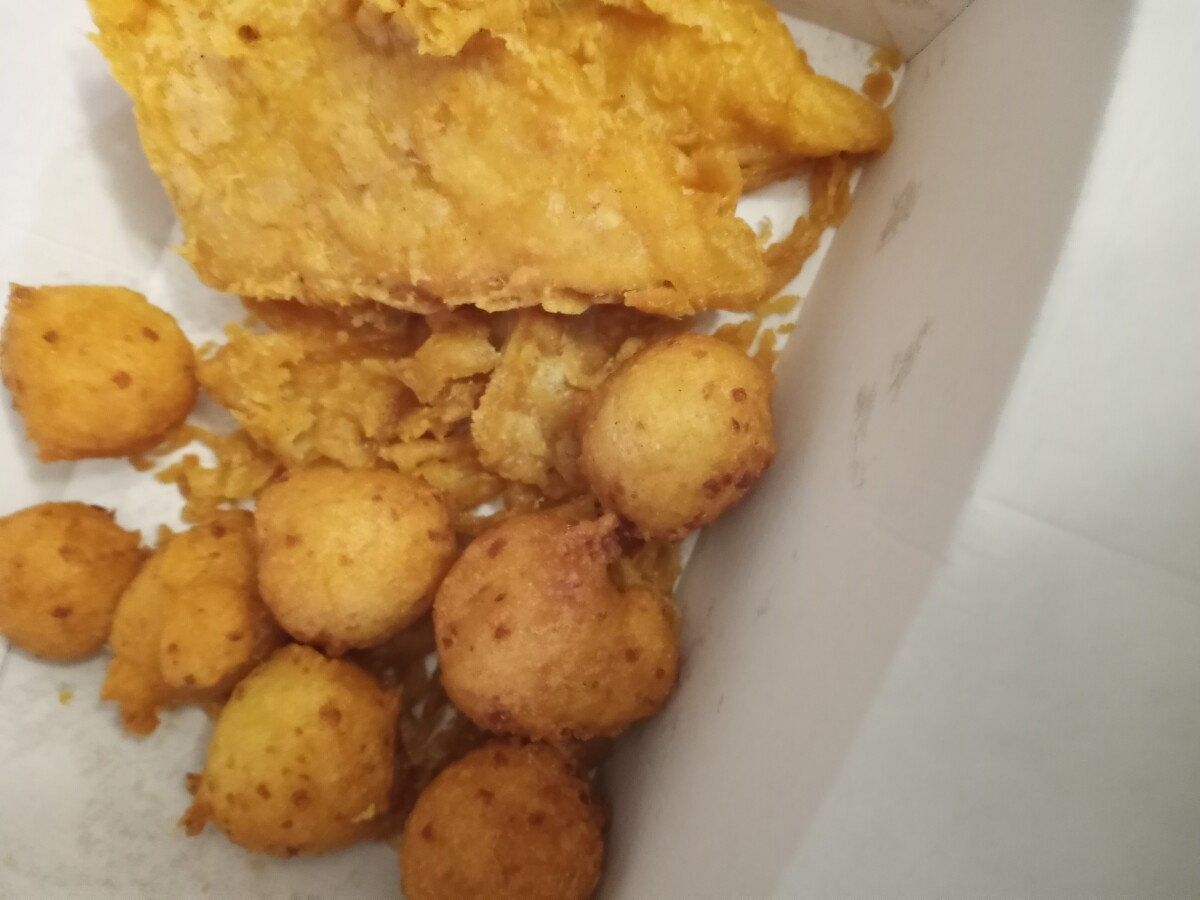 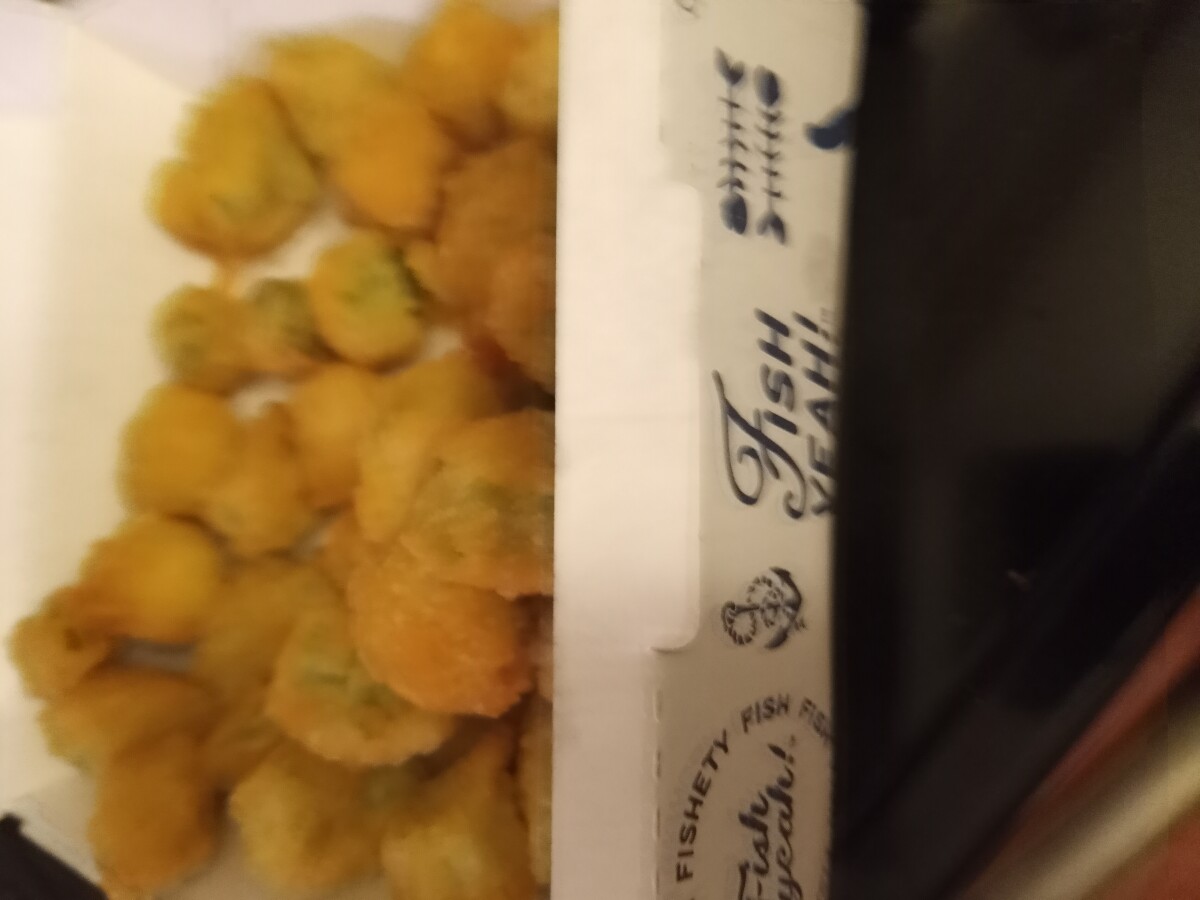 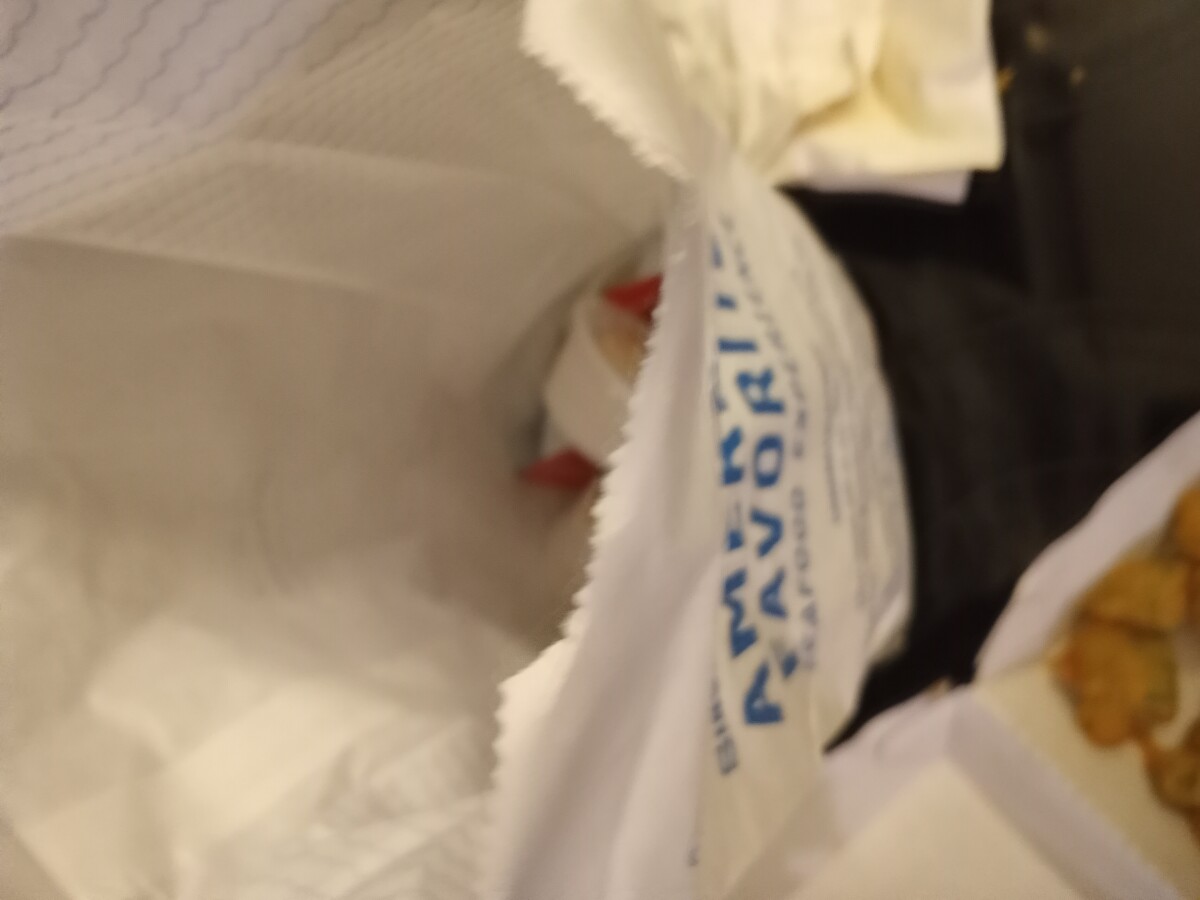 “Feel like complete s**t after eating a chicken sandwich from here. Feel like I ate a gallon of grease which in turn caused me to almost puke. See Less” 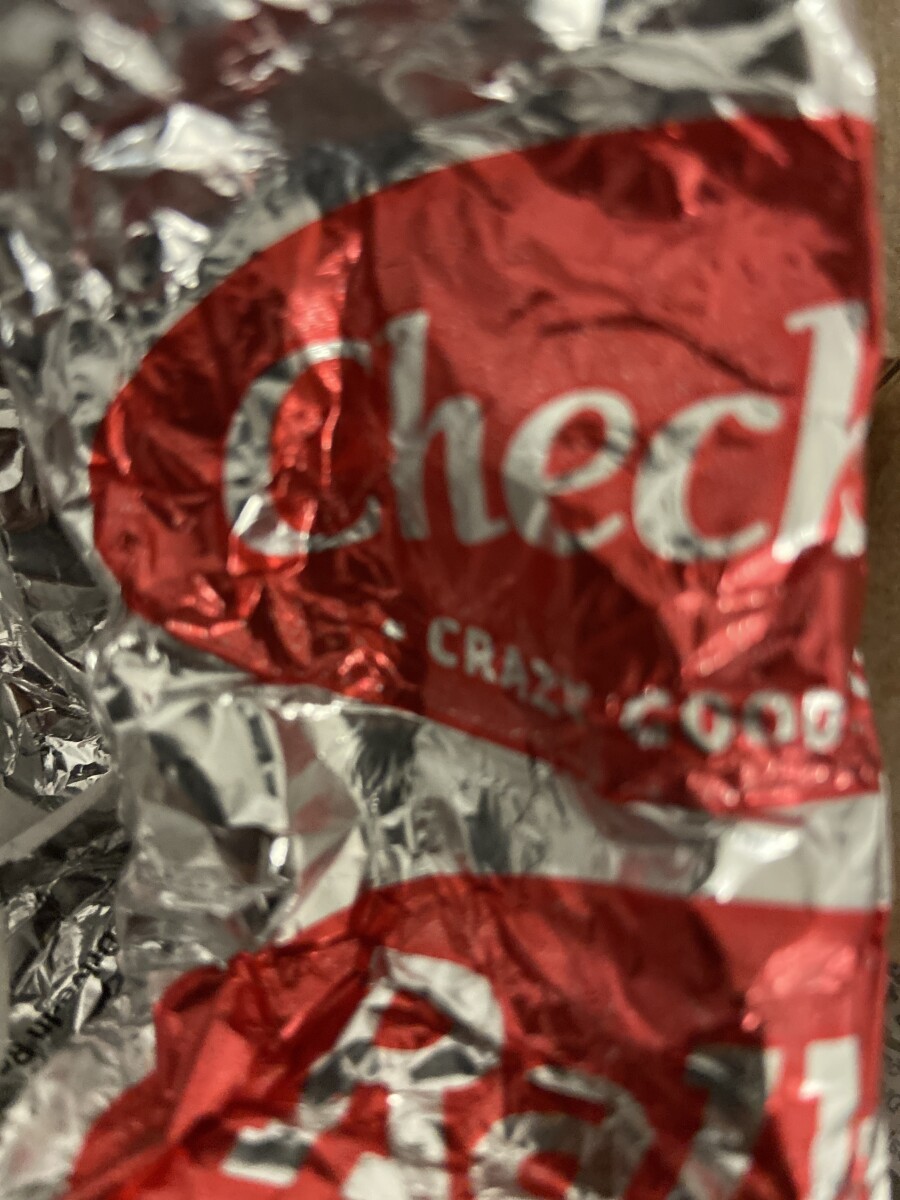 “I think it was this, that's all I ate. I got the three piece meal and an extra potato. I didn't eat the biscuit, but ate some potato, and ate the chicken, and I have diarrhea. Just me. I ate some chicken right before bed, some in the middle of the night, and morning, and the diarrhea started this mo... See Morerning. See Less” 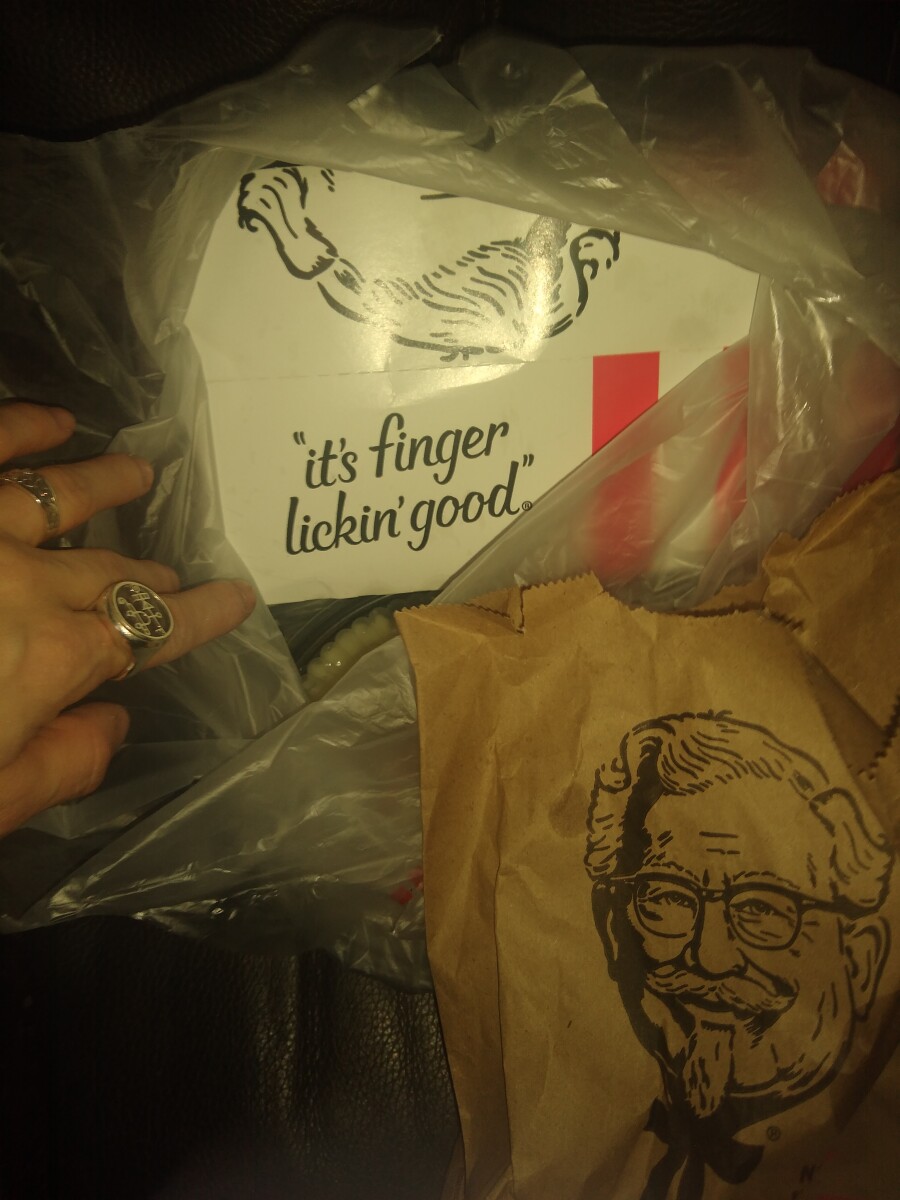 “Chicken teriyaki sub, felt nauseous that night
Next morning, vomiting and headache
Resolved in the following 2 days
I usually eat one meal a day, and this was the only thing I ate, so it was definitely the culprit See Less” 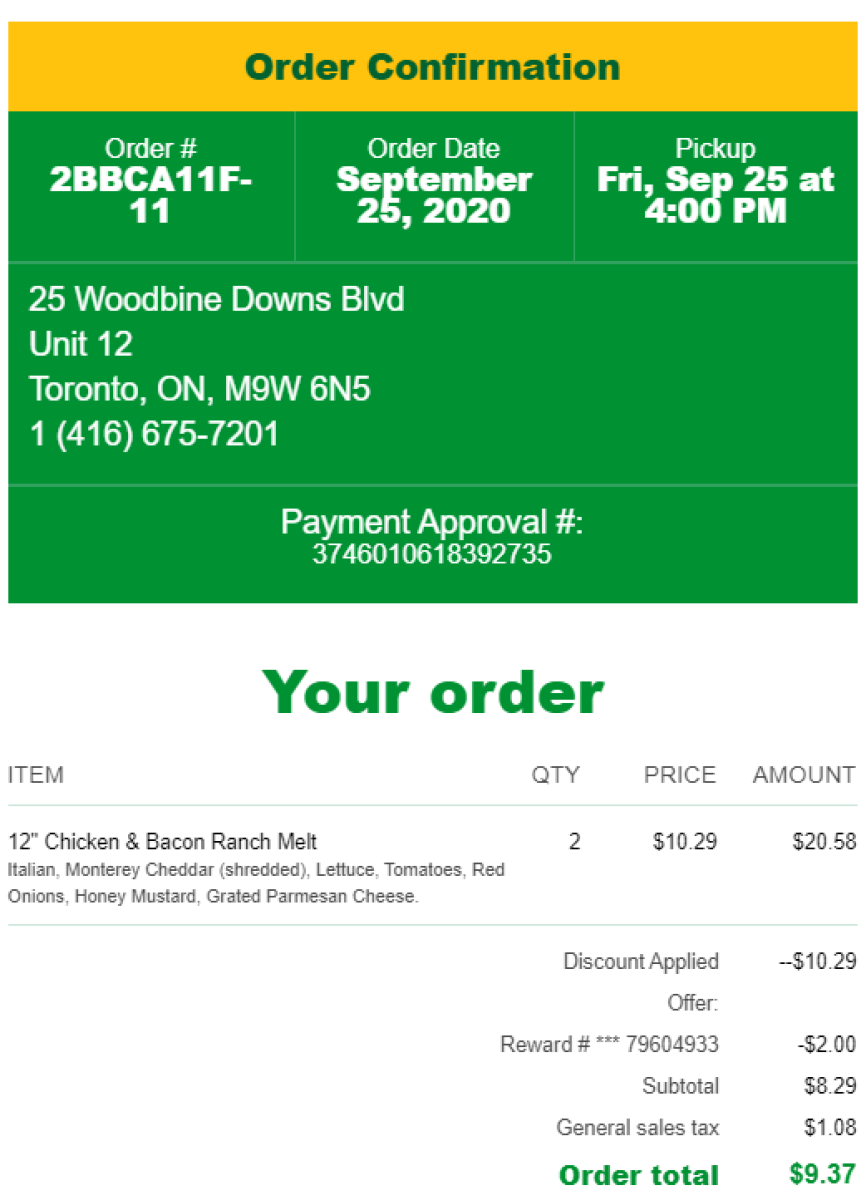 “Uber eats 4 people in the house got sick, 6 to 8 hours it was the only thing we eat yesterday See Less”