Another example of funding and staffing challenges for public health, making it a challenge to meet the standards they set for themselves. Oregon’s new plan for food safety acknowledges that "there will always be a backlog":

Inspection procedures and penalties are inconsistent, auditors said. And the state has no system to ensure food operators are licensed […] “The findings weren’t really a surprise to us,” Stephanie Page, food safety director for the Oregon Department of Agriculture told the state Board of Agriculture at its meeting […] [The new plan] calls for the program to accept that there will always be a backlog of inspections, but establish an acceptable goal. In December 2014, the Statesman Journal reported on the Food Safety Program’s failure to regularly inspect grocery stores. The newspaper’s investigation showed that 55 percent of retail food establishments had not had an inspection in the past year, and 5 percent had not had an inspection for three years or more.

Read the rest of the article here. 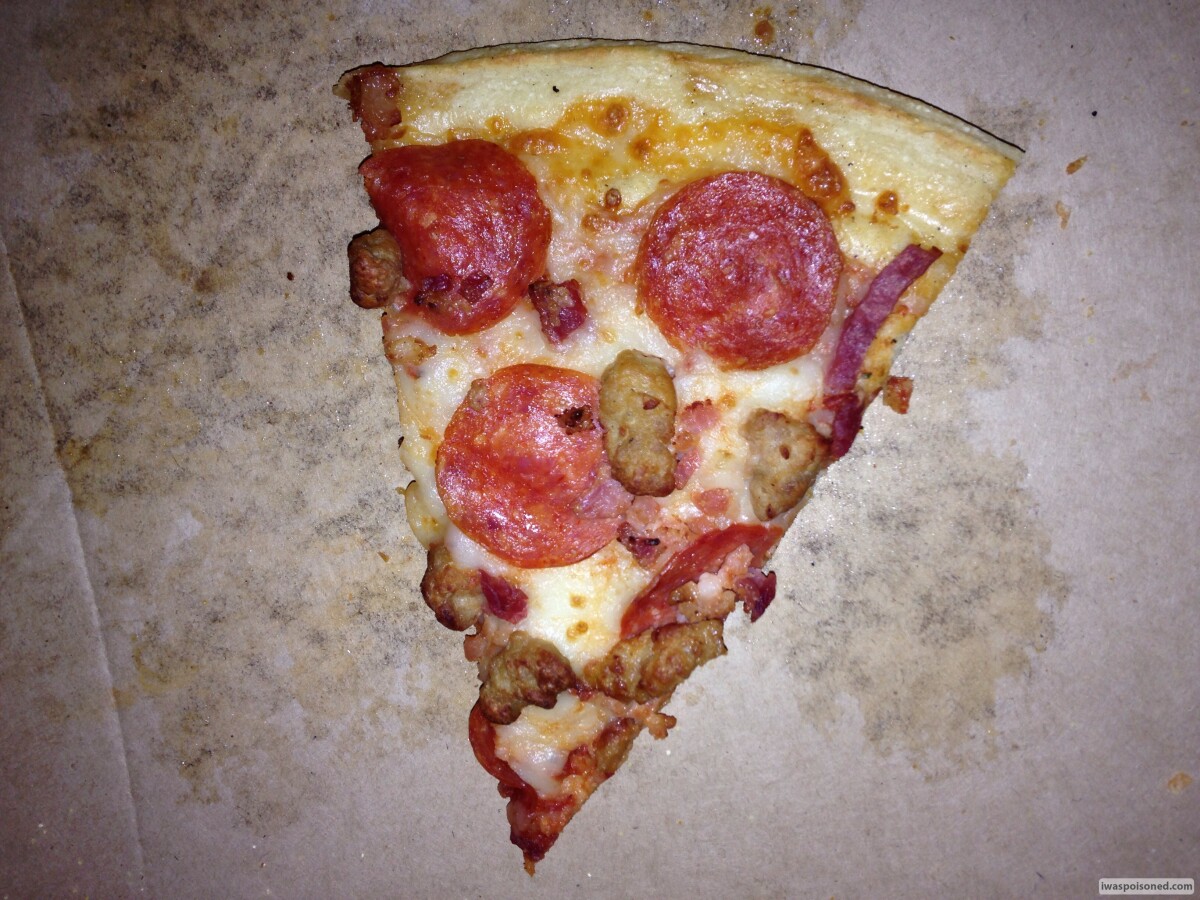 “My mother Bought The 3 Meats Pizza 1 Hour Later She was Thowing , Nausea and Diarrhea She said the Pizza Tested like had Hot Spices ”

“3 out of 4 of our dinner party experienced diarrhea and GI upset after eating here. 1 was just an hour after the meal, the other through the night, and I the day after. The common foods we ate were the bruschetta and the pesto pasta which the person who... See More had symptoms earliest had this as her main meal, which I and the other affected diner had tried. ” 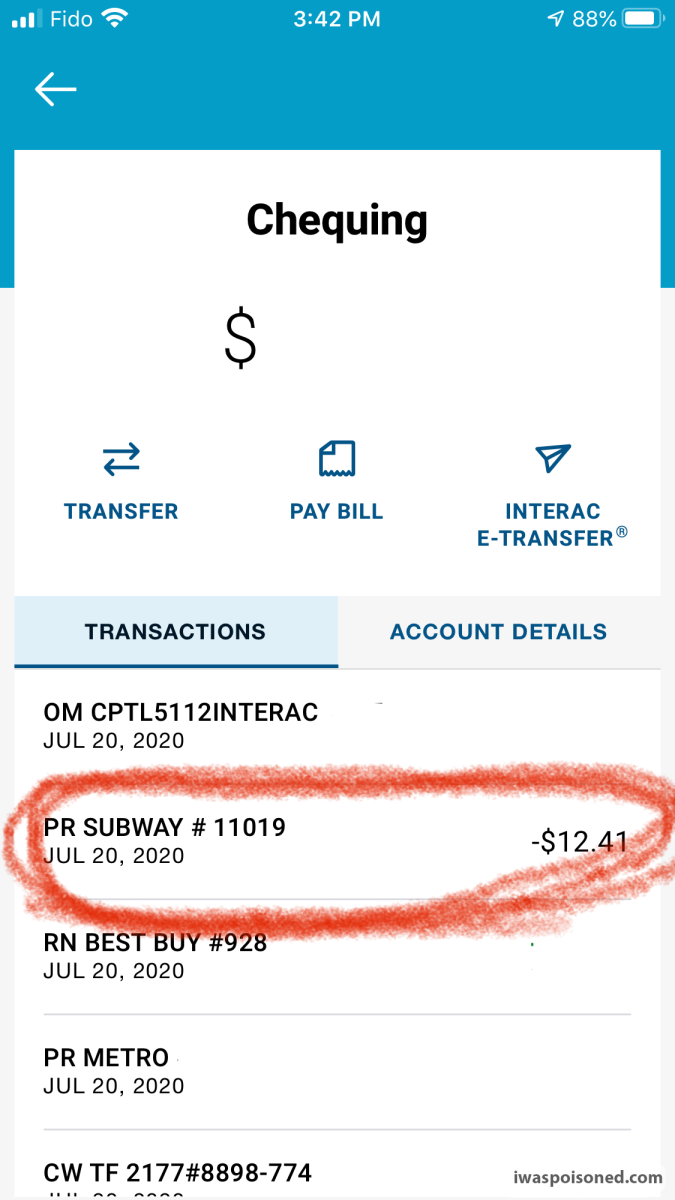 “Foot long grilled chicked sandwich that I purchased yesterday july 20th around 11:00 pm  Monday evening I went to subway to grab my usual... I remember asking myself if the lady serving me had changed her gloves she walked from the back of the store with her gloves on ..... See More at least thats what I remember.. and she grabbed the bread right away and started serving me .. I took a grilled chicken foot long on italien herb and cheese bread I got it toasted with swiss cheese, green peppers and onions.. I also had her add tomatoes, cucumbers, lettuce and black olives.. I asked for the sweet onion sauce and the south west sauce .. I asked for chocolate chip cookies and a fountain drink of root beer.. the cookies she served me were exposed to the air on what seemed to be on the tray that they were baked on .. the tray was exactly behind the cashier.. After having my meal .. I went home and slept .. I felt like migraine was settling in my body I felt pressure on the front part of my head the pain got to 10/10 .. I went up to the shower and washed my body and rubbed my head with peppermint oil.. a bloat was happening in my stomach .. I suffered from 4 am to 7:30 when I finally decided to drink water and I exploded in vomit .. I felt at some ease but the headache was still intense.. I slept around 8ish and I woke up at 3:00 and diarrhea has been going on in the last 40 minutes.. I dont know what my food was mixed with .. this is the first time I get food poisoning.. please if you have any tips to give .. if I have to go to the hospital please advise me ” 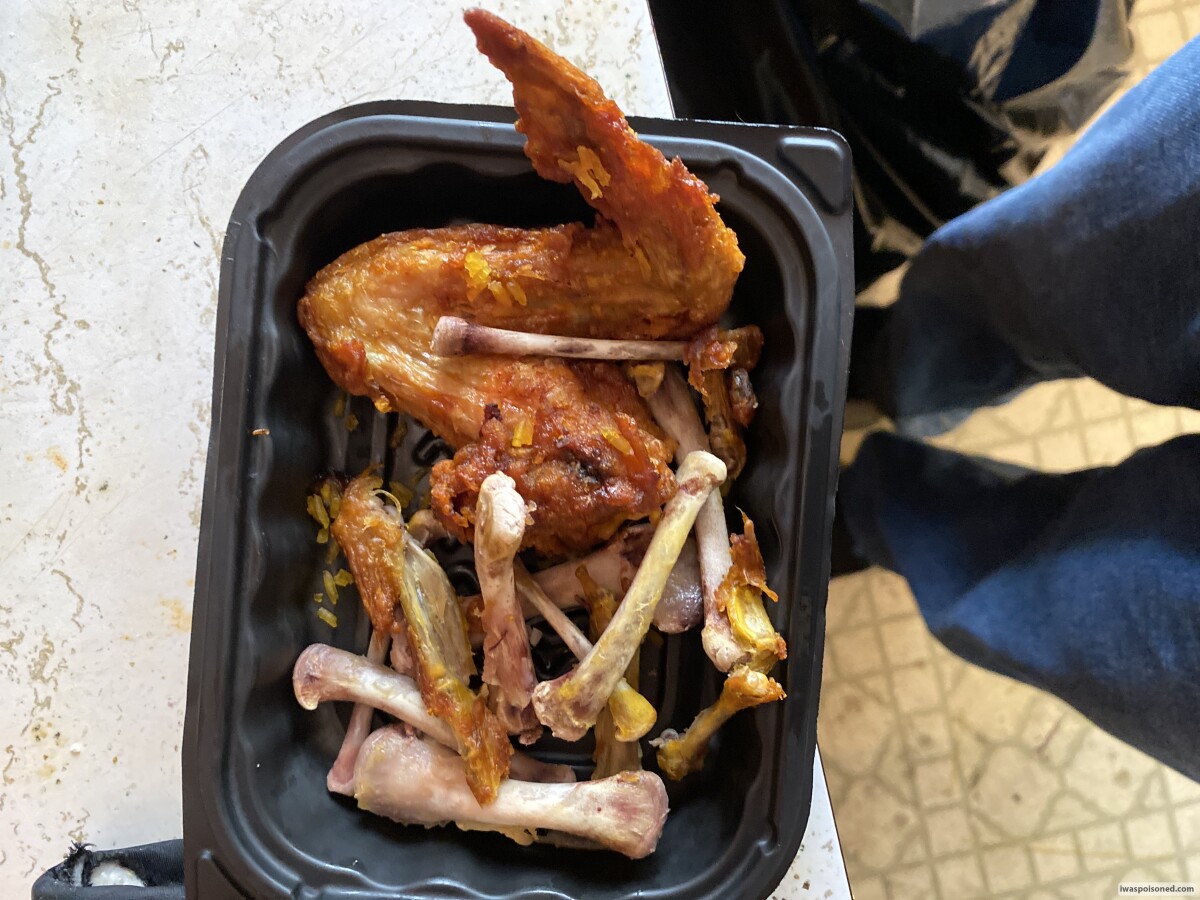 “I ordered a pint of chicken noodle soup along with fried chicken wings. ”

“My husband brought a variety of donuts home for our family of 5 this morning. 8/4/2020
He had bought 2 blended ice coffees also one for him and one for me. I drank half of mine and gave the rest to my teenage son.
Out of all 5 of us... See More the 3 of us that had the coffee are now dealing with severe stomach cramps and diarrhea. My husband and I got sick at the exact same time. My oldest son became sick 2 hours after us. ”

“Vegetarian burrito; brown rice, black beans, fajita vegetables, mild salsa, corn, guac, lettuce. First of all, found a long, sharp piece of metal from a tin top it my burrito (bit into it but didn't consume any). 2 days later had severe abdominal cramps and diarrhea for 5 days. Husband... See More had chicken burrito but no symptoms (didn't have guac or lettuce in his) ”

“The food didn’t quite taste right didn’t think anything of it until later that evening when I was violently sick.  We went for lunch I had a burger called the terminator, my wife had a chicken burger, after we left we came home within a few hours I was feeling... See More unwell and was violently sick bringing everything back up. Following that I constantly felt nausea and had severe diarrhea. This has be ongoing since then where I haven’t been able to eat anything since Sunday after visiting this location. My wife has also felt sick although not developed and further illness.  ”

“I had a double cheeseburger from here took a few bites (it had an off taste) didn’t eat anymore of it. Been having diarrhea like water and stomach pains ever since. Took pepto Bismol but hasn’t helped much.  Just me I was the only one who got the food. 30... See More min or so since I took a few bites, Started feeling awful after then came the diarrhea like water. Stomach pains right after and took pepto bismol but not much relief.  ”

“French fries. Did not bother with the chicken wings. Began experiencing severe stomach cramps and diarrhea. Went to doctor prescribed medication for food borne illness. 10 days was not enough, Physician stated it was a nasty strain of food contaminant. Took additional 30 days of treatment. 6 to 8 hours ”