6 to 12 hours after my entire family ate there (chicken tenders, potatoes, corn, gravy, rolls) two children began vomiting throughout the rest of the night. One parent began experiencing sulfur burps, cramps, and eventually diarrhea. 15 to 24 hours after ingestion two more children were throwing up. This meal was the only common meal from the previous day, where as the family was split in multiple directions, and some of the individuals only had the one meal.

One adult consumed leftover potatoes and corn, and within a couple of hours had excessive sulfur burps, diarrhea, and by that night was a experiencing excessive, and explosive diarrhea | Symptoms: Diarrhea, Vomiting, Cramps, Burping

I finished my meal at 8:30-8:45 p.m. When I started my night's sleep, I experienced pressure and discomfort in my belly, with nausea and chills. After a few minutes waiting to vomit (I felt it was coming) vomiting. Rebelotte in three times so far, since midnight. Not... See More being able to be trusted is unacceptable. I never set foot in a fast food restaurant again. | Symptoms: Nausea, Vomiting, Chills See Less

Last night I bought a bucket of chicken from and since that night my partner and I have been emptying our bowels, I feel nauseous and have a very stomachache | Symptoms: Nausea, Diarrhea See Less 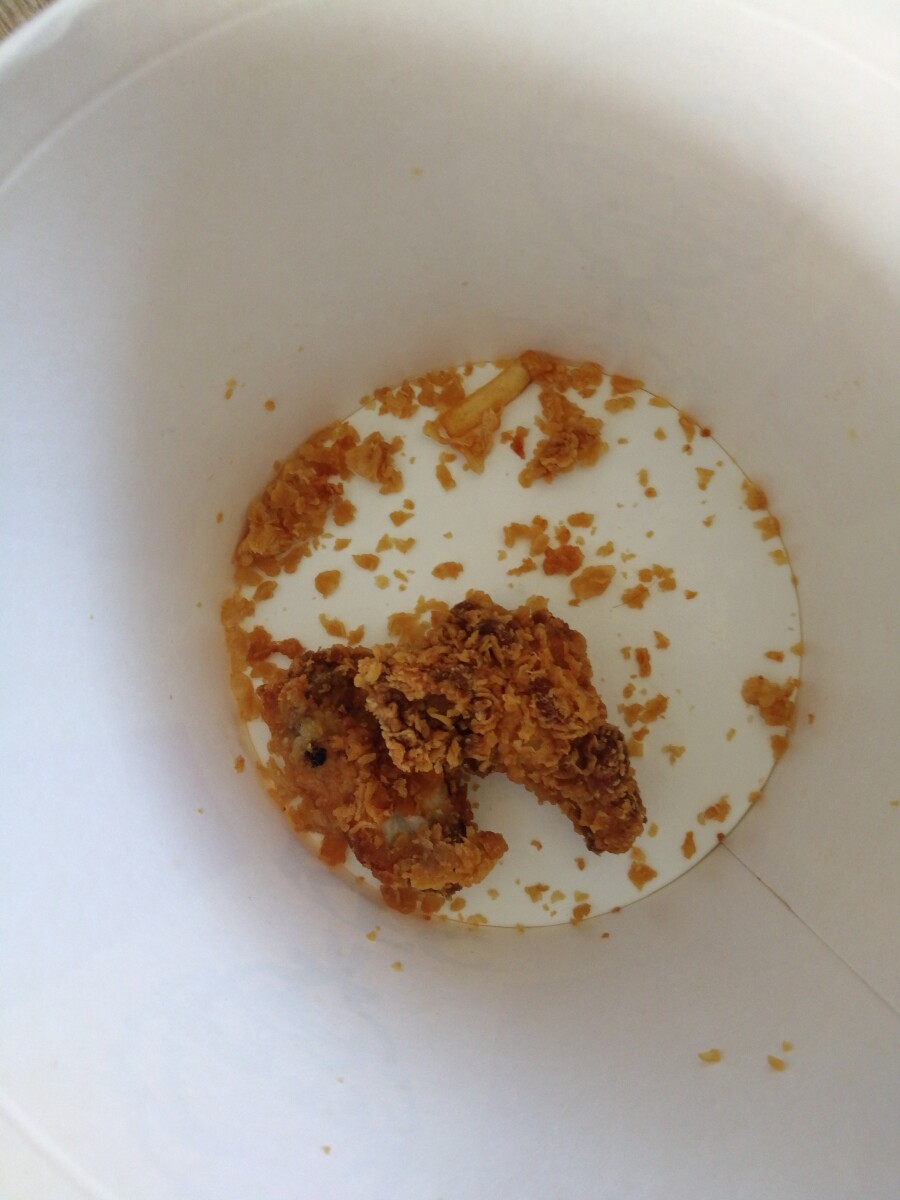 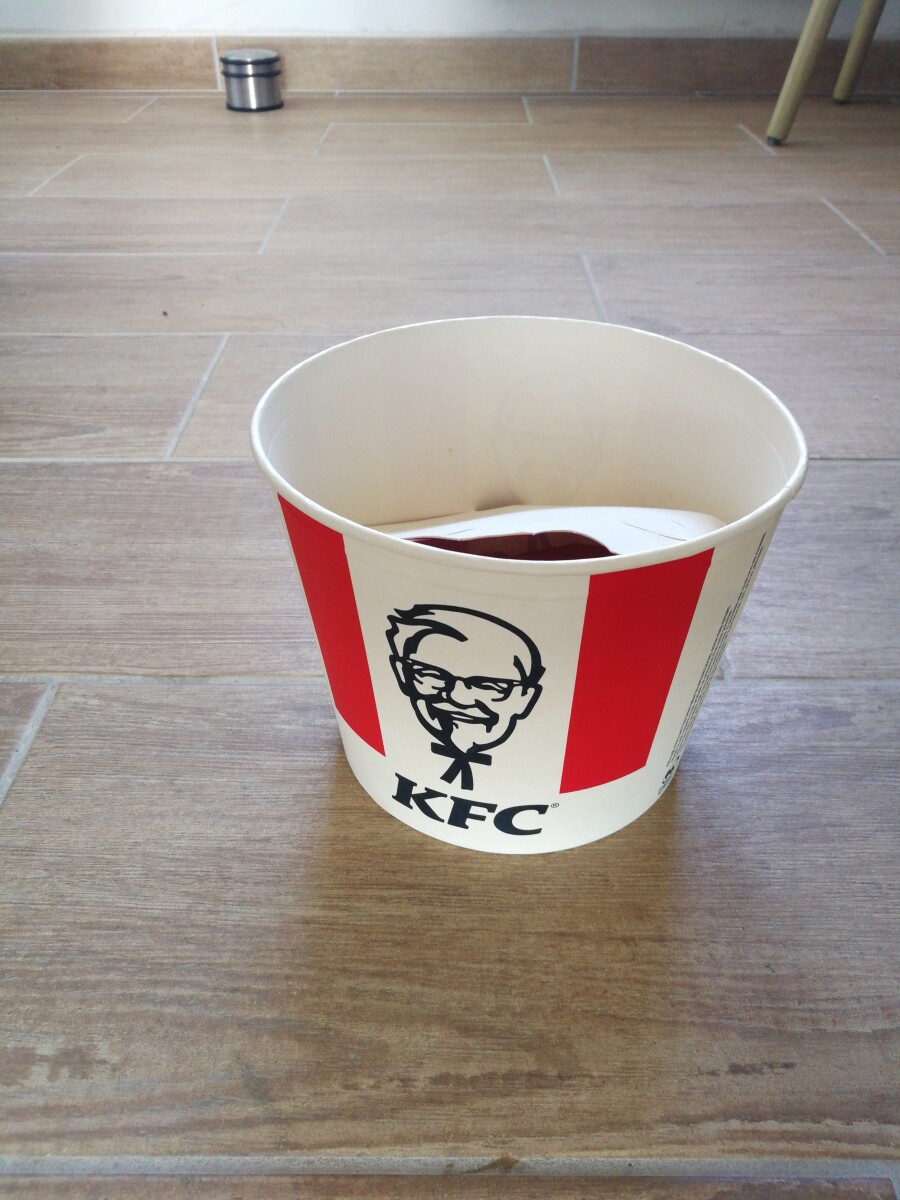 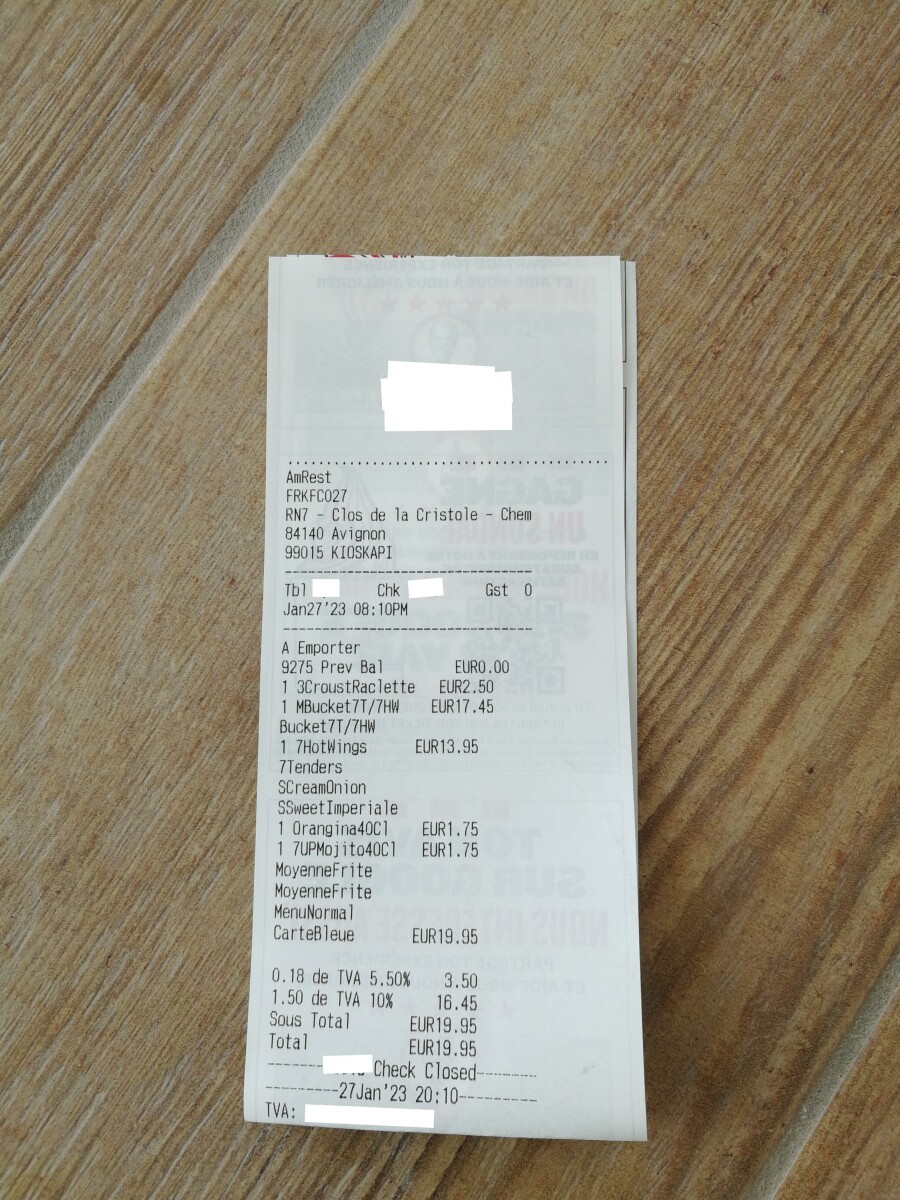 I ate the Mac and cheese and the fries and I had stomach pain and diarrhea. Very sharp pains in my stomach. | Symptoms: Diarrhea, Stomach Pain See Less

Canned Whole Foods 365 Skipjack Tuna., I always eat this brand of tuna from here and never had a problem, until today. Last night, when I opened the can, I noticed it was unusually pink in color. I guess it was not cooked enough at the canning... See More factory. Stupid me, ate it anyway and ended up with a fever, stomach pain, diarrhea, and nausea.

I suppose this is just a warning to everyone that if you notice your canned tuna is too pink, make sure to cook it first. I will continue eating this brand because 1 bad can in 1,000 or so is not too bad compared to other brands. | Symptoms: Nausea, Diarrhea, Fever, Stomach Pain See Less 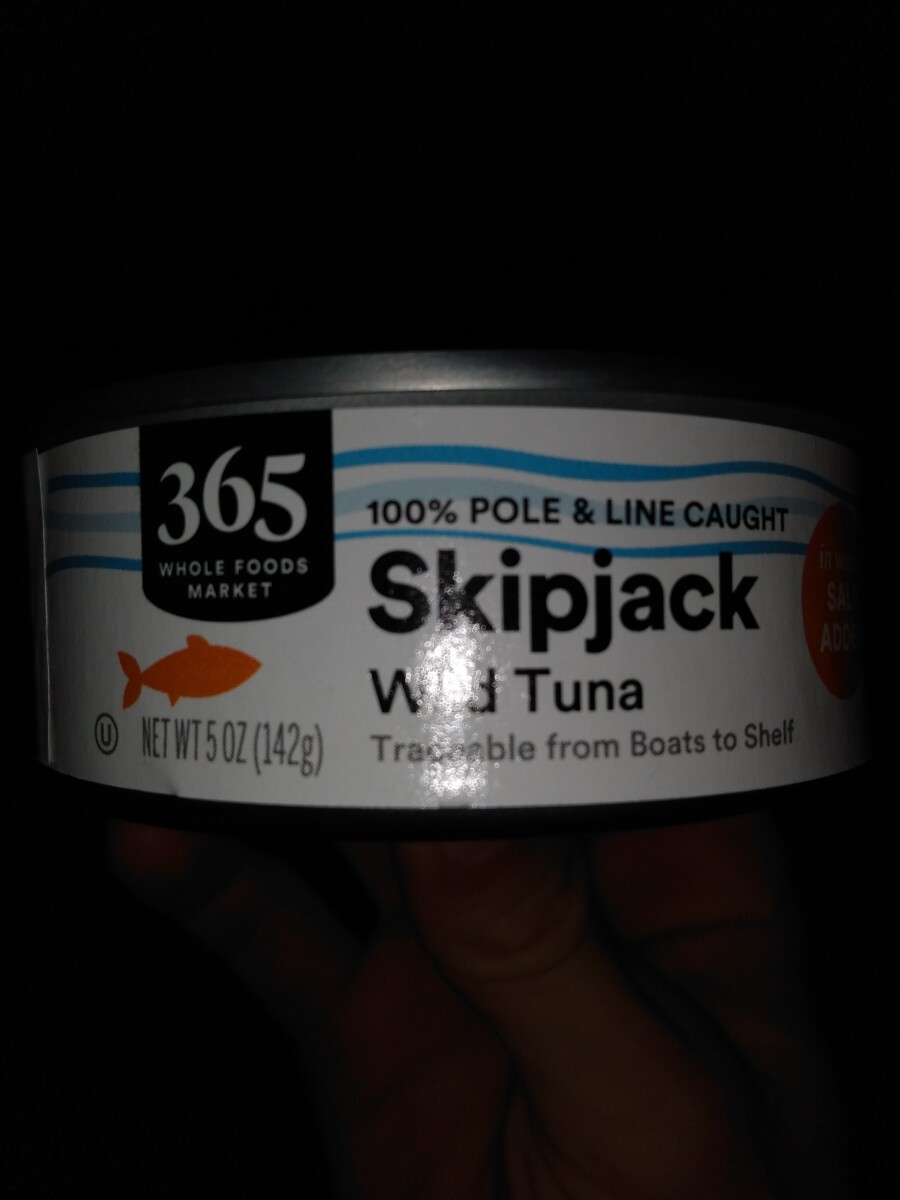 Lays Lightly salted chips caused abdominal cramps, stomach pain, nausea, and diarrhea. The 1st time it happened I thought I was just sick. This is the 2nd time and it caused pain so bad I thought I was gonna have to go to the ER. | Symptoms: Nausea, Diarrhea, Cramps, Stomach Pain See Less

I got mac and cheese from here yesterday at lunch (the only thing I ate all day). At 6pm I started getting cramps and feeling nauseous. By 7pm I was uncontrollably vomiting and having diarrhea. I had a fever and chills and did not stop throwing up... See More until 2:30am the next day. It is now the next morning and I am very weak and can still not keep anything down. | Symptoms: Nausea, Diarrhea, Vomiting, Fever, Cramps, Chills, Weakness See Less

My daughter had the steak bowl with chips and caso at 6pm. She woke up at 8:30pn and vomited for fifteen minutes. Her temperature is normal. The only other food she had today was a bagel and cream cheese she made at home this morning. She is fine now and is trying to sleep. | Symptoms: Vomiting See Less 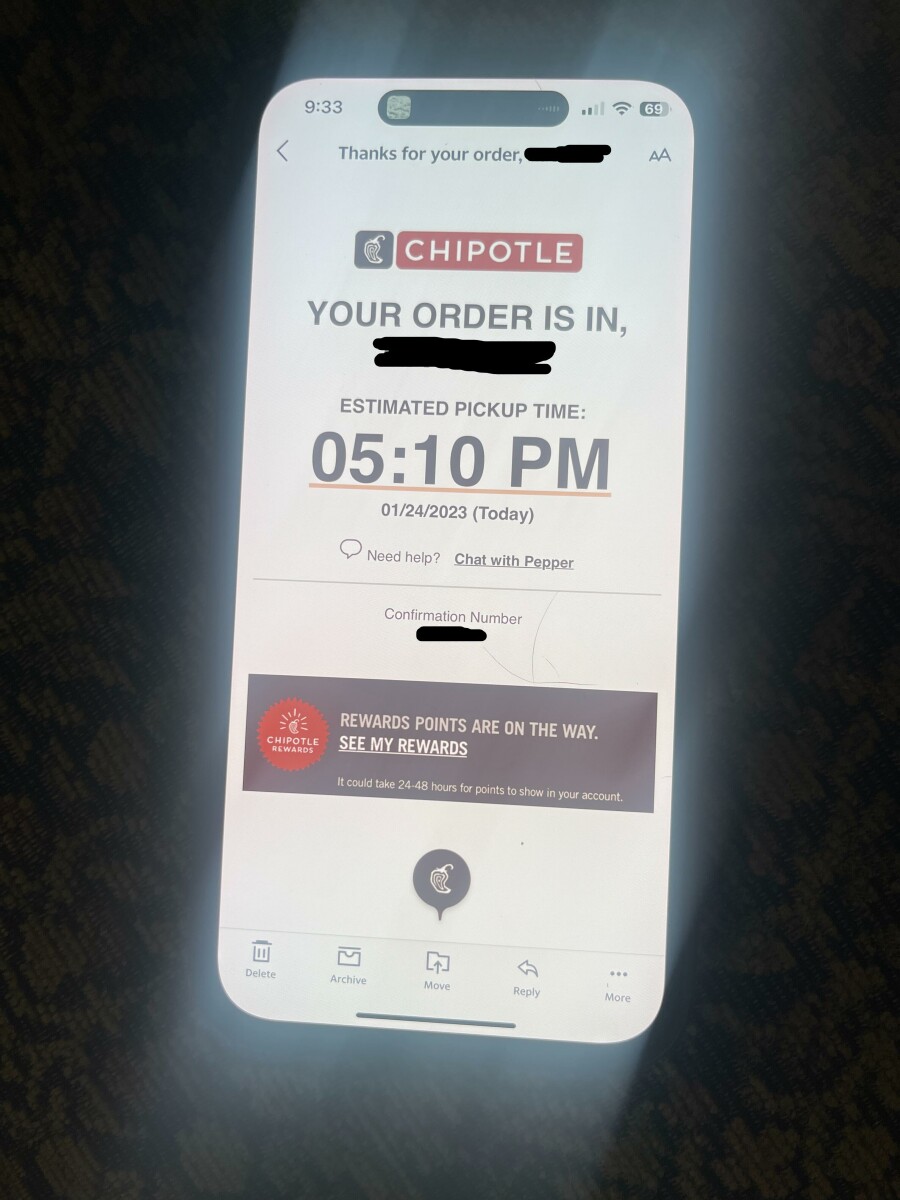 Last night. Progresso chicken noodle soup Was feeling great beforehand! I put the soup direct from the can into a saucepan and cooked it on medium heat for 10 minutes | Symptoms: Diarrhea, Nausea, Vomiting See Less 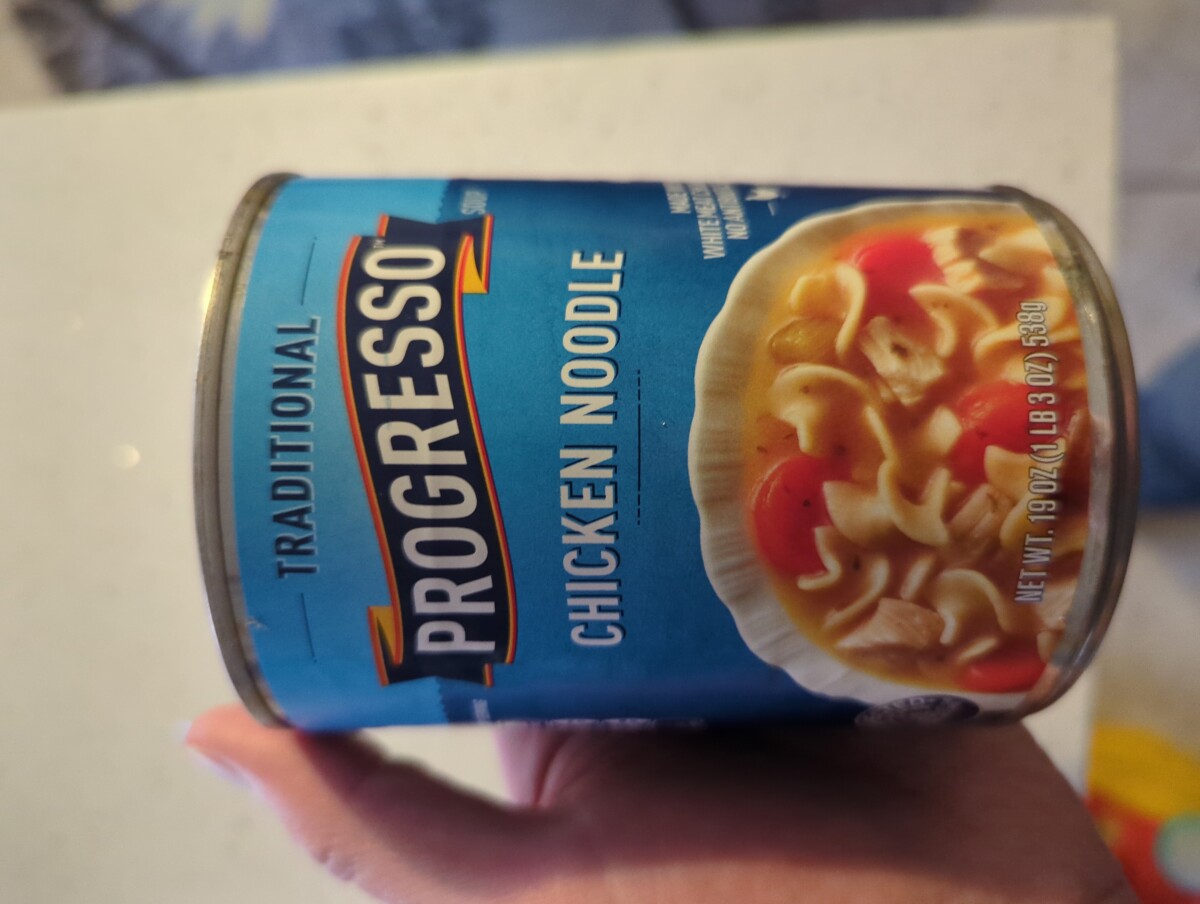 My husband and I ordered dinner from here and are both very sick today, it was the only thing we both ate the same yesterday. | Symptoms: Nausea, Diarrhea See Less

On 1/16 my daughter and I went here for the first time. We had been planning to visit and finally had the opportunity. We both ordered the same bowl ‘ Mother Earth’. Only I (thankful she didn’t get sick) began feeling bloated, nauseated and having very sharp... See More abdominal cramps not to mention vomiting so frequent I couldn’t keep any fluids down. The pain was so severe I could not tolerate, I ended up in the ER around 1pm the following day. Diagnosis: Gastroenteritis Prescribed 2 antibiotics, a pain med and zofran. Never again!!!! I hope this helps others. | Symptoms: Nausea, Diarrhea, Vomiting, Cramps, Gas, Bloating See Less

Ate it around 9:30pm last and woke up about 5am with nausea. Vomited 5 times now and starting in with fever, headache, and chills. It’s the only thing my husband didn’t eat so it has to be it. | Symptoms: Nausea, Vomiting, Fever, Headache, Chills See Less 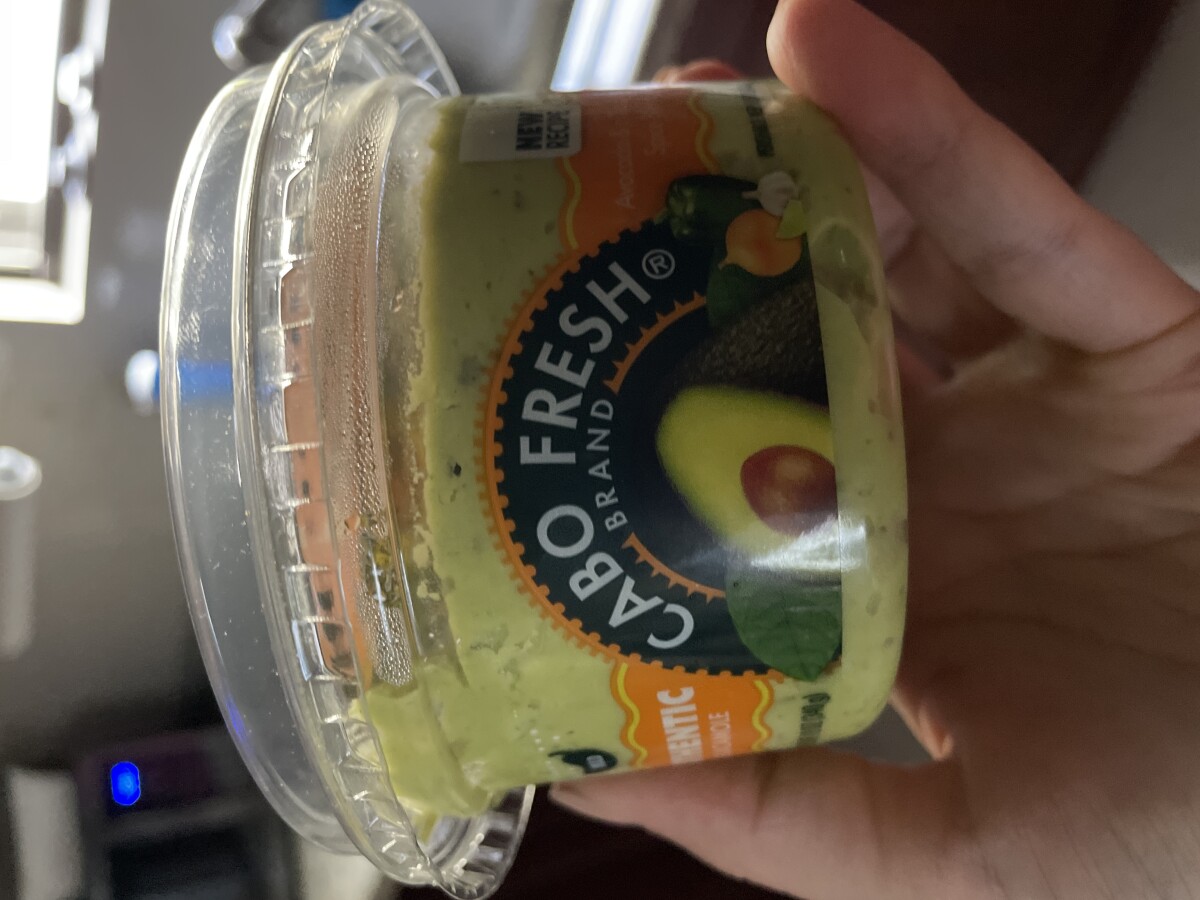 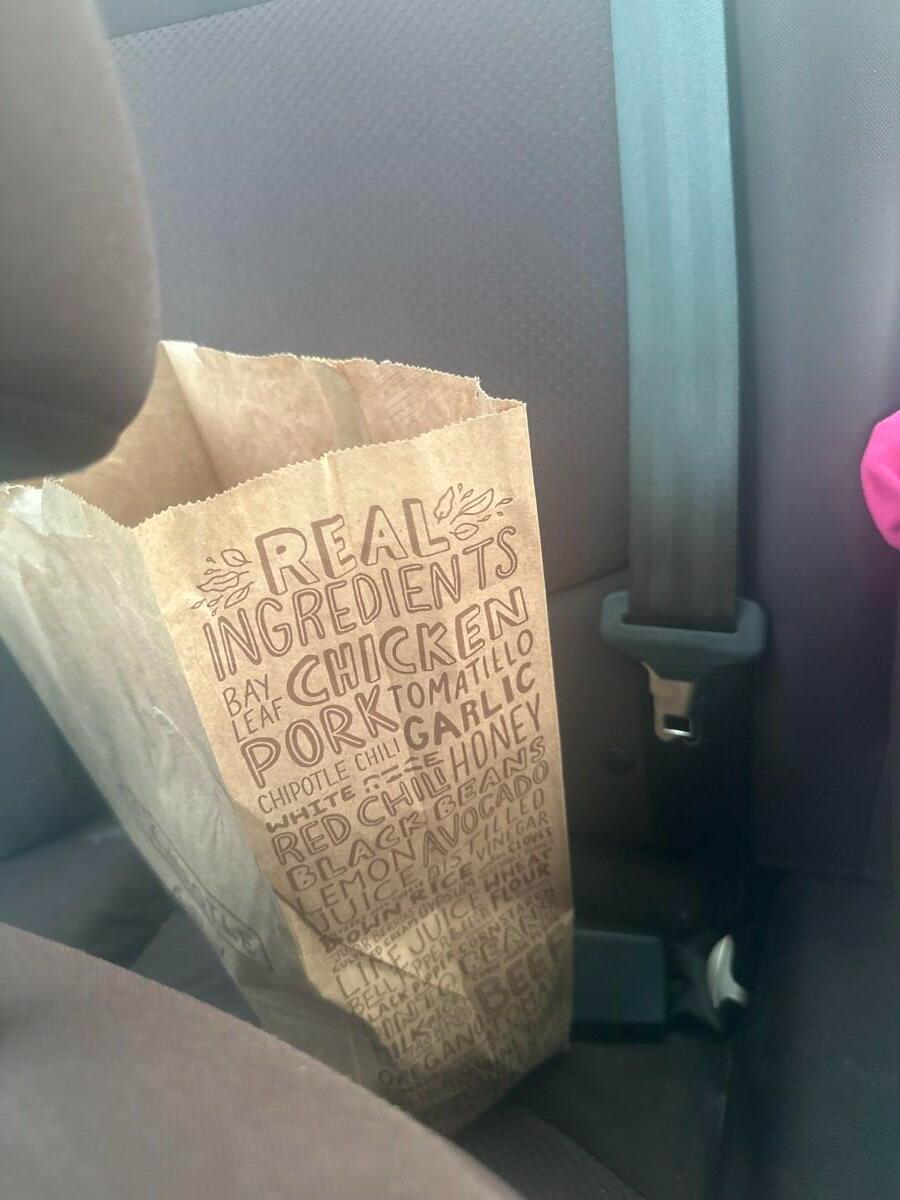 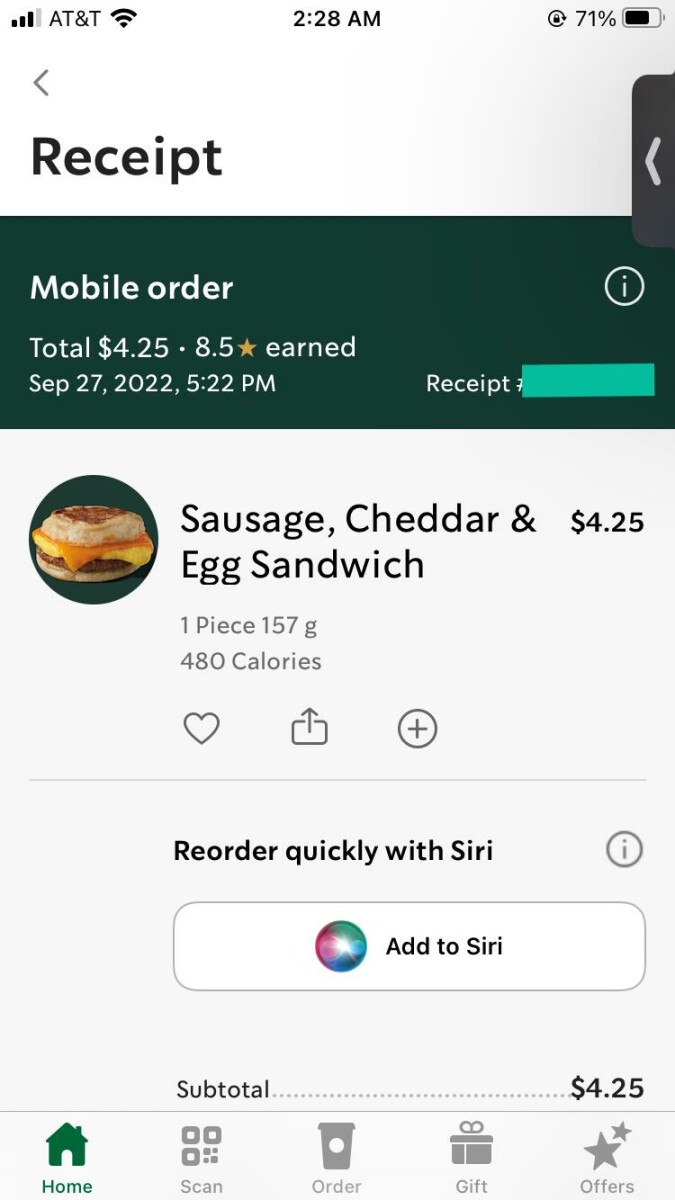 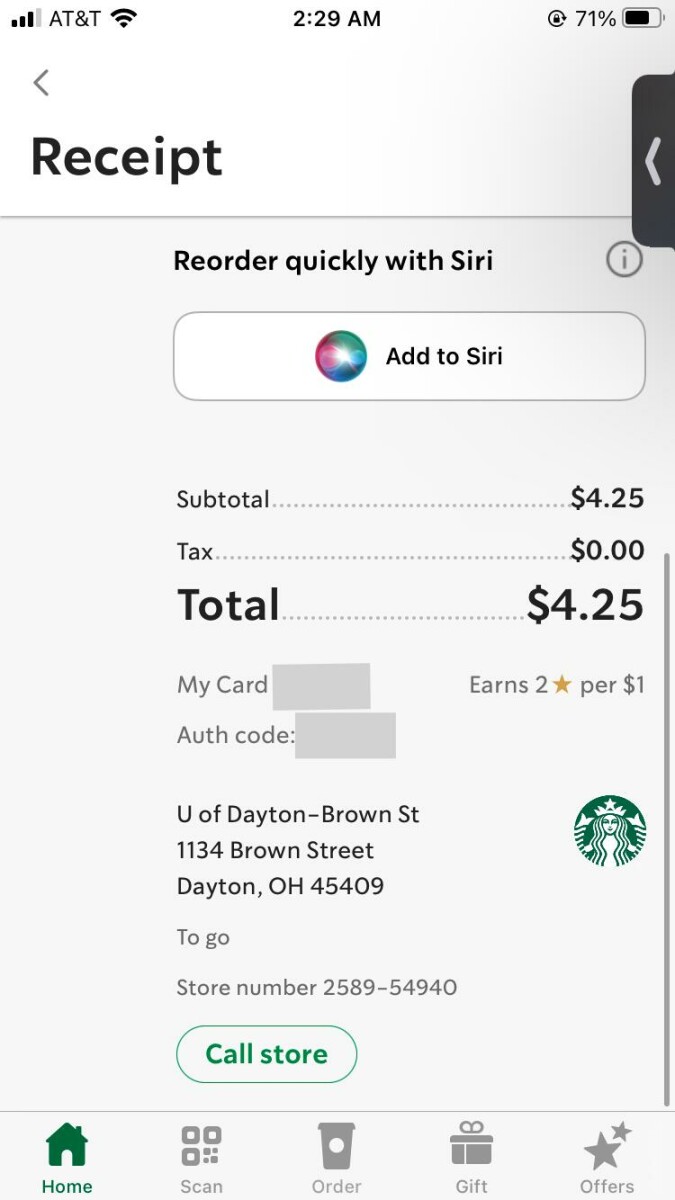 Husband and I got dinner the night of January 2. I got steak tacos with cheese and pico. Very very simple order. It was the bottom of the barrel on the steak. Woke up at 3 AM feeling a lot of acid reflux. Went back to sleep.... See More Woke up at 5 AM and ran to the bathroom. I was doubled over on the floor with both projectile vomiting and projectile diarrhea.

I was extremely nauseous. I kept running back to the bathroom to throw up and hit the toilet. Finally an hour later I went to the ER. They put me on IV fluids, including anti nausea meds, because I kept throwing up. They couldn't find a vein because they all collapsed from dehydration. After a few hours I was released with strict orders to only drink watered down Gatorade and no food. It was hell. It took me a week to fully rebound. | Symptoms: Nausea, Diarrhea, Vomiting, Dehydration, Acid reflux See Less 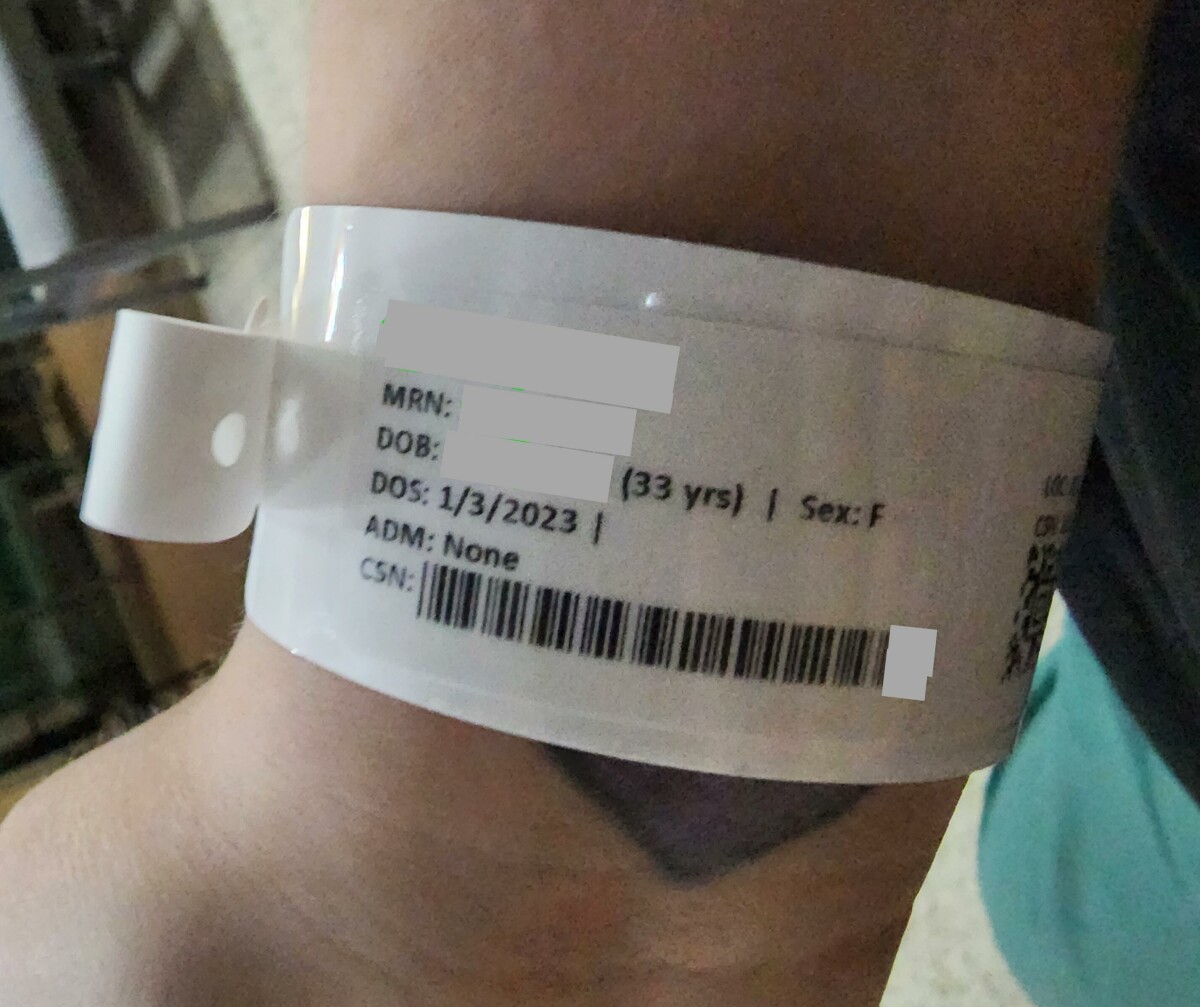 1.1K
Helpful Add report Follow
Copy link
Embed report Copy link Report a concern
LY
L..........1
I am at a loss for words. I hope you are better. Chipolte is garbage! They make everyone sick. How are they still in business. Does not matter which location you go to they all get you sick. They have failed at food handling!
Reply 6 days ago
EU
anonymous11344
yes it is trash i do not eat there anymore since 2014 it has been a downfall ever it offered a free burortio back in 2014 for trying the taste test
Reply 5 days ago
JM
anonymous11350
I do not understand how Chipotle hasn't been shut down completely.
Reply 5 days ago
XF
anonymous11720
You got sick but did you get diagnosis for what caused the illness?
1 Reply 2 days ago
LI

NeoKare Nutrition Limited is recalling its human breast milk products because they contain elevated levels of lead. The company sold a small number of human breast milk products to people online. 30 hospitals were also supplied by the company. Of those supplied, 7 hospitals used the product... See More – 6 in England and 1 in Wales. One of the products was given by some hospitals to a small number of premature babies as part of a clinical trial or as an alternative source of nutrition.

The Food Standards Agency (FSA) is working with Trading Standards to investigate how human breast milk products made by NeoKare Nutrition Limited contained elevated levels of lead. The risk to the health of those who have been given these products is likely to be low.

If you have any of the recalled products, do not feed them to your baby.

According to FSA, lead is a metal that occurs naturally in the environment. It is present at low levels in many foods as a result of it being in soil and water. Everyone has a background exposure to lead from dietary sources because lead is present in food. Investigations are ongoing to establish how the elevated levels of lead occurred.

There are no maximum levels for lead set in legislation for human breast milk. However, NeoKare Nutrition Limited’s Mother’s Milk Fortifier product is also classed as ‘food for special medical purposes’, which has to be given under medical supervision, and this product does have a maximum legal limit for lead.

If your baby is experiencing symptoms after consuming this product it is important to report it. It can help to detect & resolve outbreaks early and prevent others from being harmed, and it enables better surveillance. If symptoms persist seek medical attention. 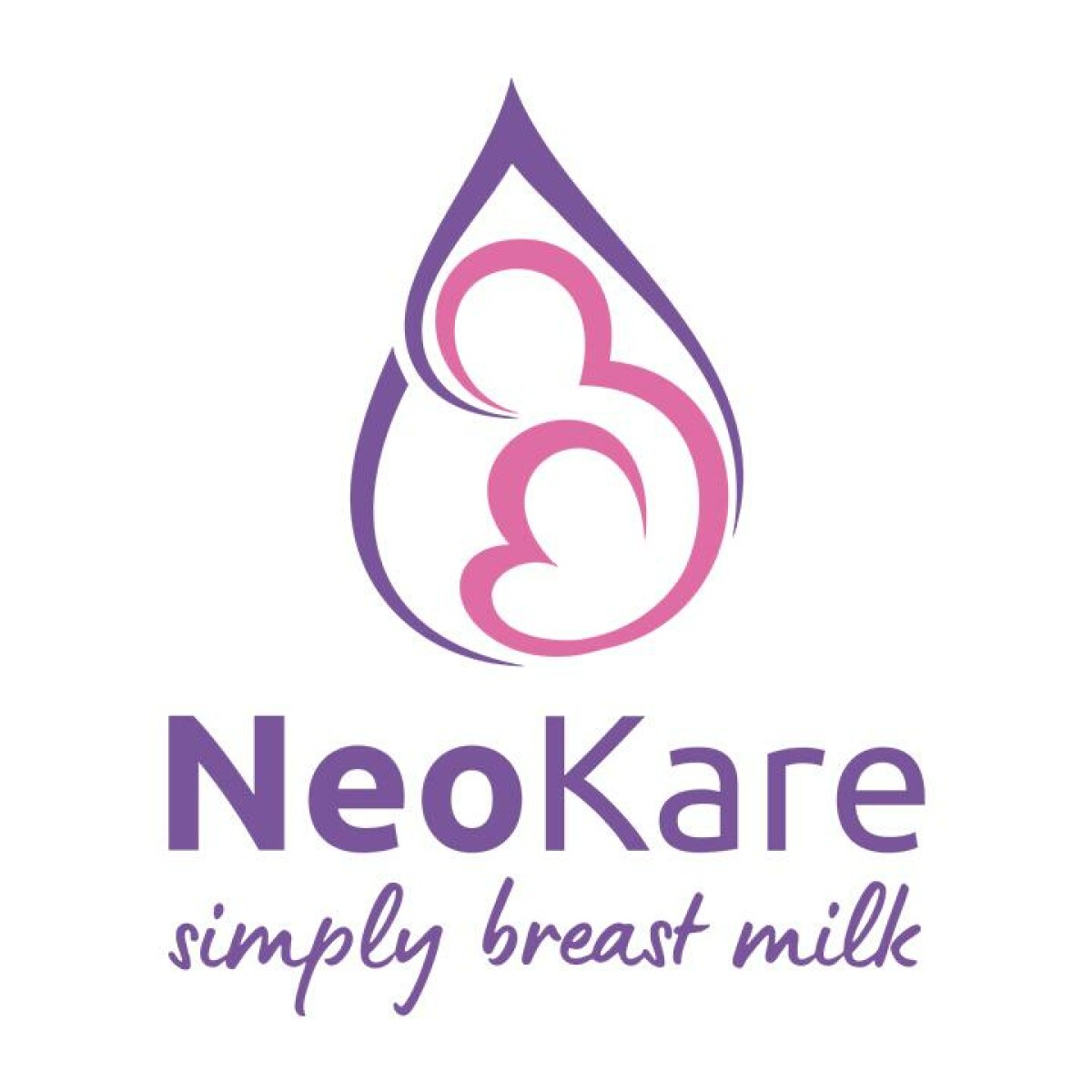