Had coffee, egg on multigrain bagel, cream cheese on multigrain bagel. Was ok until @ 2 or 3 hours later. Problem I see there is that employee did not where plastic gloves when preparing, cooking, handling the food and immediately after coming in from being briefly outside, touching the door handle and immediately helping the customers -- which involved handling the money and then handling the food and cooking. The place is very busy. The employee was nice enough, but very busy, as there was only two employees, one of whom had just finished washing the floor and was busy elsewhere. That place needs at least 3 employees -- one of whom should just be taking orders at the counter and via the headphones for the drive-thru customers and for handling germ-crawling money. It also needs that 3rd person to periodically clean the entire front counter which becomes 'grungy' from all the touching, drips, money laid down on it, etc; quite revolting to naturally observant people. I don't won't to go there again. The food is unhealthful, anyway, so it's probably a good thing that I finally got sick from the place. There are no such things as healthful fast-food and semi-fast food chain establishments, anyway. I know better than to go there, but I was temporarily without choice in this part of town.

43. In-use utensils: properly... See Morestored
- comments: observed in use ice cream spatulas stored within dipper well that was not turned on. Water was unclean. Must wash, rinse and sanitize dipper wells and spatulas and keep dipper wells running when in operation.

55. Physical facilities installed, maintained & clean
- comments: observed floors unclean under and behind donut cases, under and behind refrigerators under and behind all dry storage shelving and under nad behind 3 compartment sinks. Clean in detail and maintain. Observed standing water in front of mop sink and hot water heater. Keep floor in a clean and dry condition.

“I got one of the 2 for $5 croissants at 6am or so and began to feel very sick and nauseous around 4. Today this morning I vomited twice. I ate nothing else that day besides the breakfast that would’ve made me sick. See Less”

“Aug 19 2020. Stopped for coffee and croissant/egg at this drive through. Diarrhea started few days later. Unstoppable, diagnosed as salmonella by culture following hospitalization at LewisGale Alleghany hospital. I was in hospital for five days. I suffer from other health issues and this was an over... See Morewhelming disease for my system to handle. See Less”

“We both ordered Charli coffees and the apple cider donut.  2 people got sick. About 8 hours, we went to sleep then woke up sick. We both ate dunkin donuts Charli coffee and one apple ciser donut each. We got same symptoms. We didnt eat any other similar food, so we know it’s from here. I had umbeara... See Moreble nausea and abdominal pain that is getting better slowly. The other person had a feeling of ill and nausea as well as some abd discomfort.  See Less”

“Went there. 30 min after drinking the coffee I started having severe stomach pains with throwing up. See Less”

“Report date: Sep 2, 2020
51. Plumbing installed; proper backflow devices
- comments: observed a leaks at the front 3 comp sink at the base of the fixture and the neck of the faucet. Must repair and maintain.

“My boyfriend and I stopped by earlier today, and later on my parents who were in the area went to the same location. We all got lattes, my boyfriend and I got hashbrowns, and my parents said they had a donut each. About 3 hours after going there, I began having horrible stomach cramps and started ge... See Moretting diarrhea and I vomited. My boyfriend has been vomiting as well. My parents both said about 2 or 3 hours after they ate they began to have stomach pain and vomiting. Four people getting sick in one area is really disturbing. See Less” 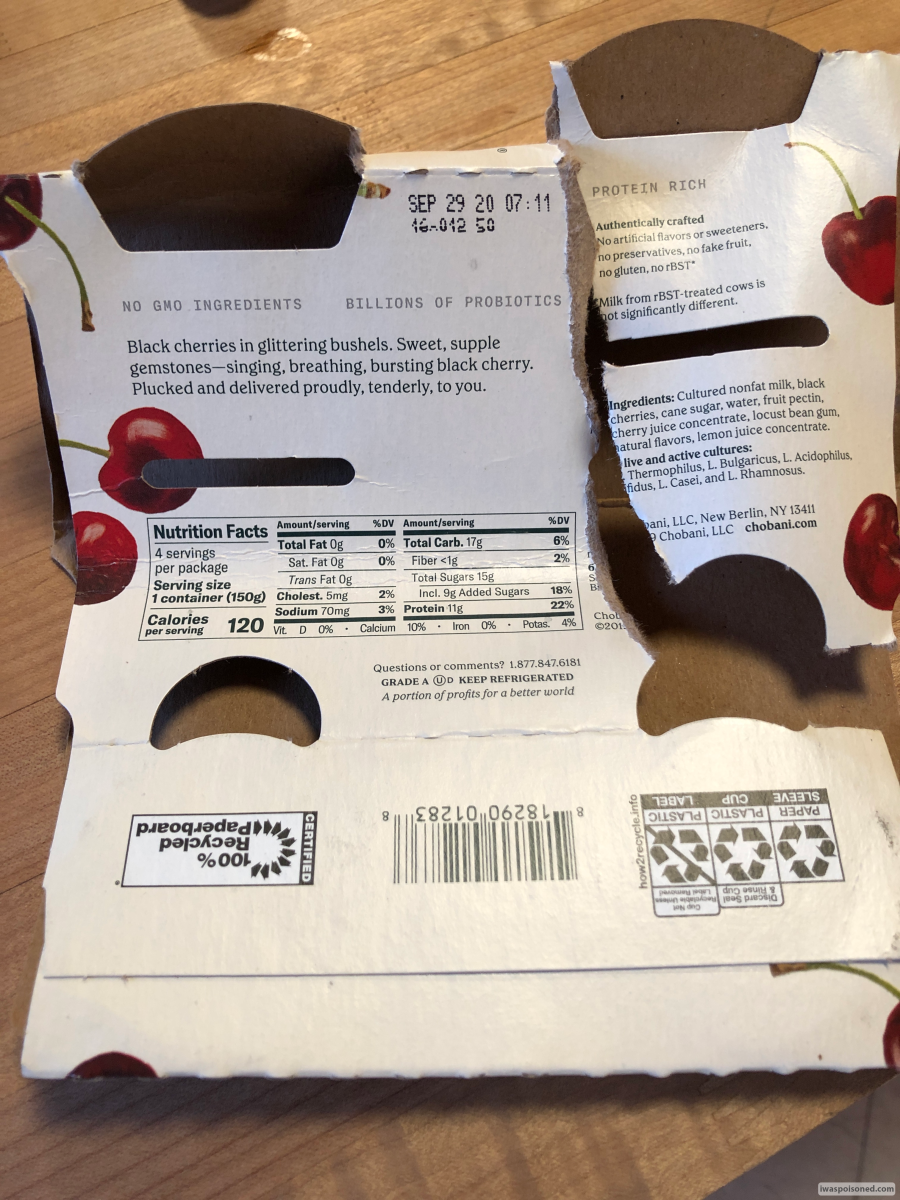 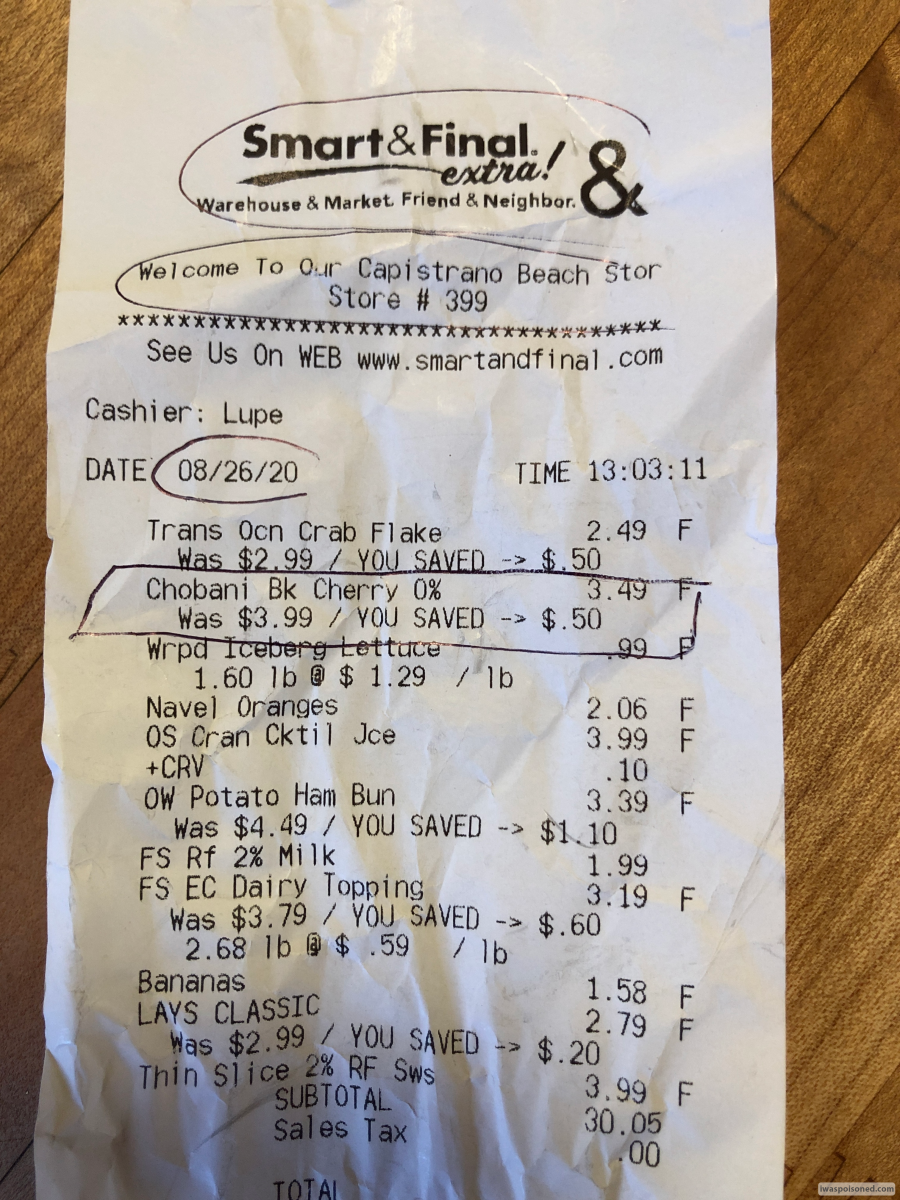 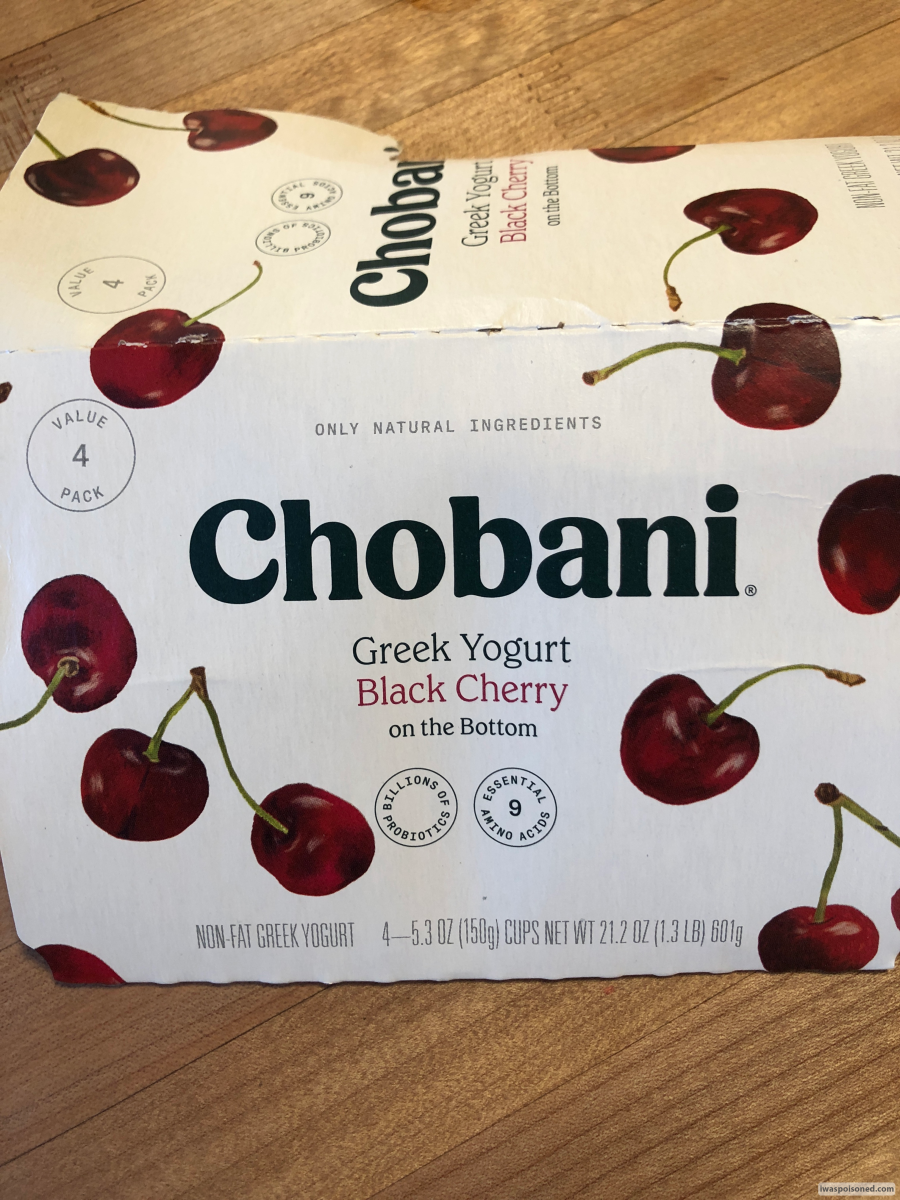 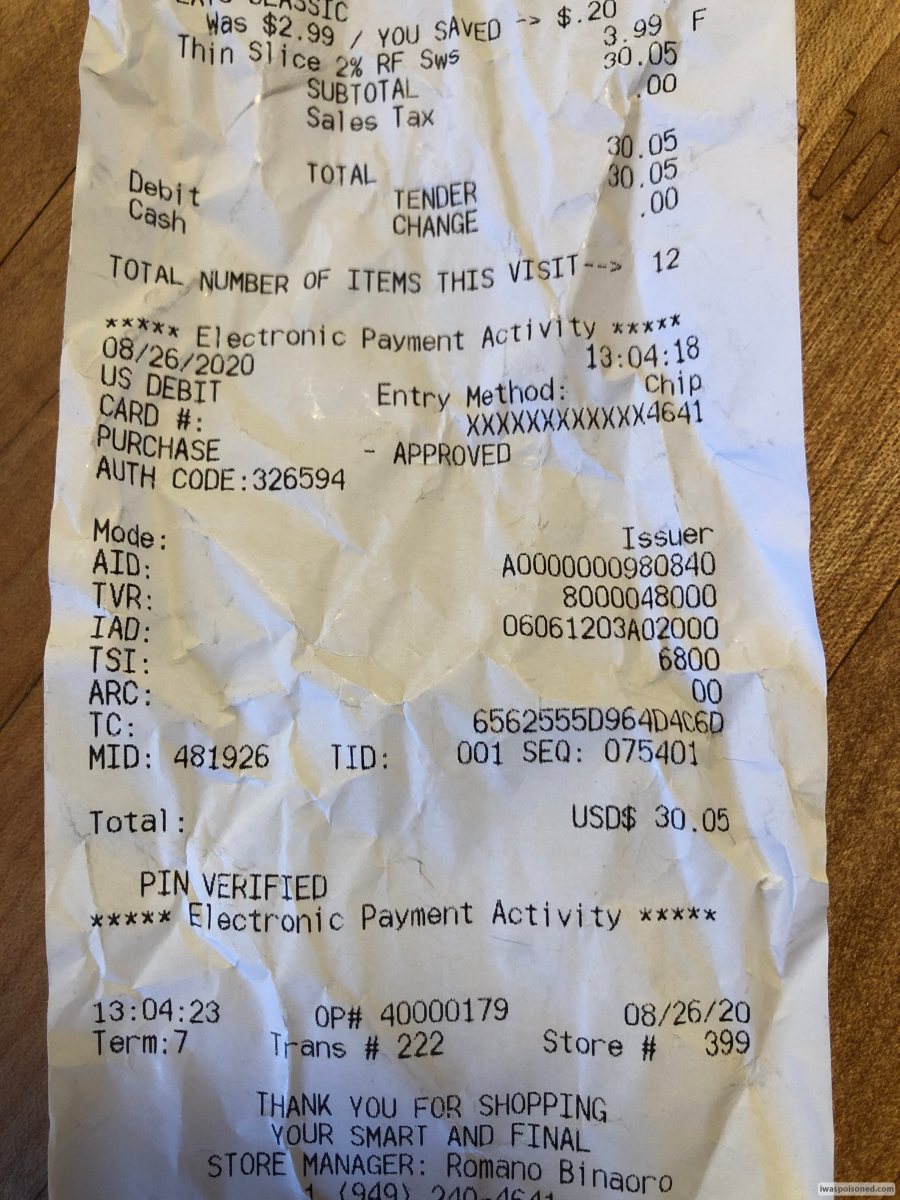 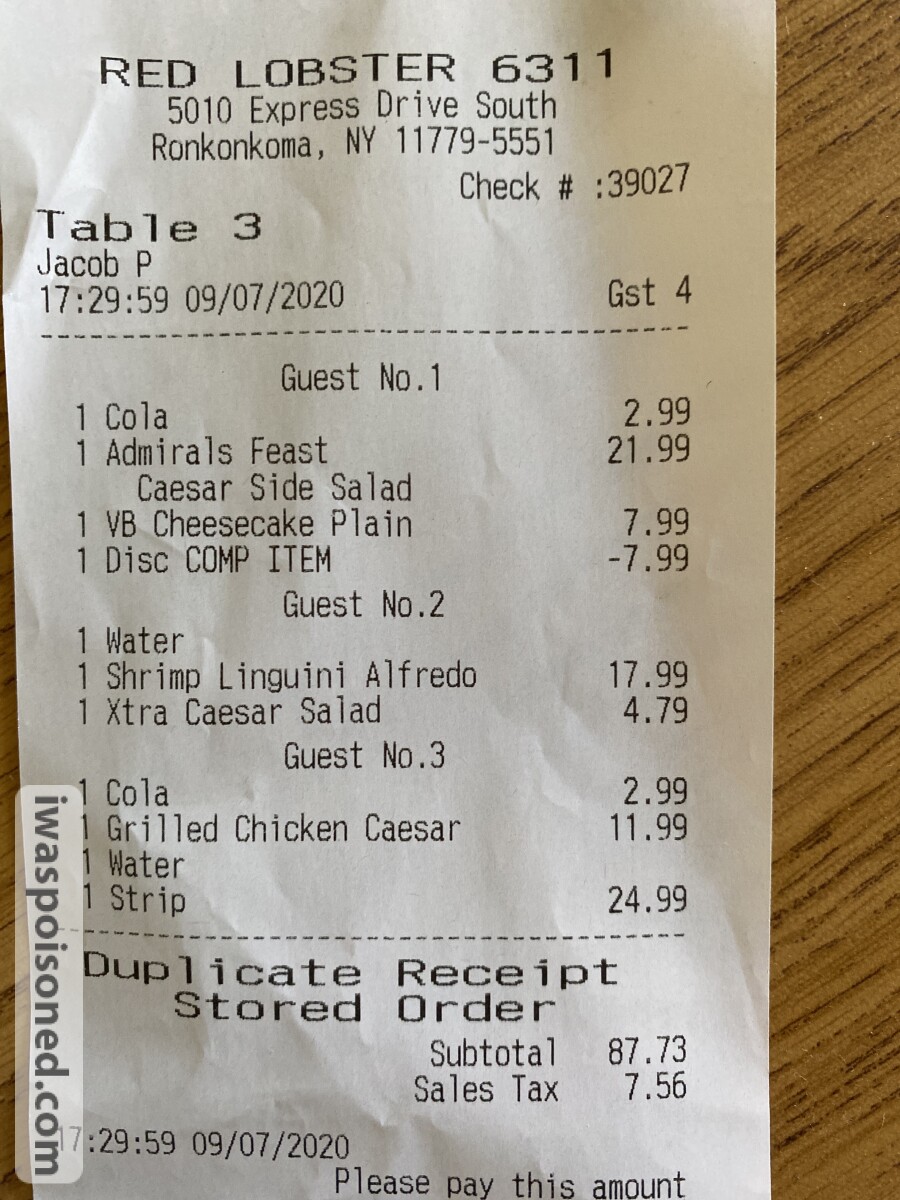 “I ordered a grilled chicken salad and my wife ordered a lettuce wrap. My wife got sick right away but not to bad. I on the other hand got really sick that same night and had cold chills and fever I got sick 5 hours after eating my salad. I was vomiting, had fever and cold chills and nausea. I could... See Moren't sleep all night. See Less” 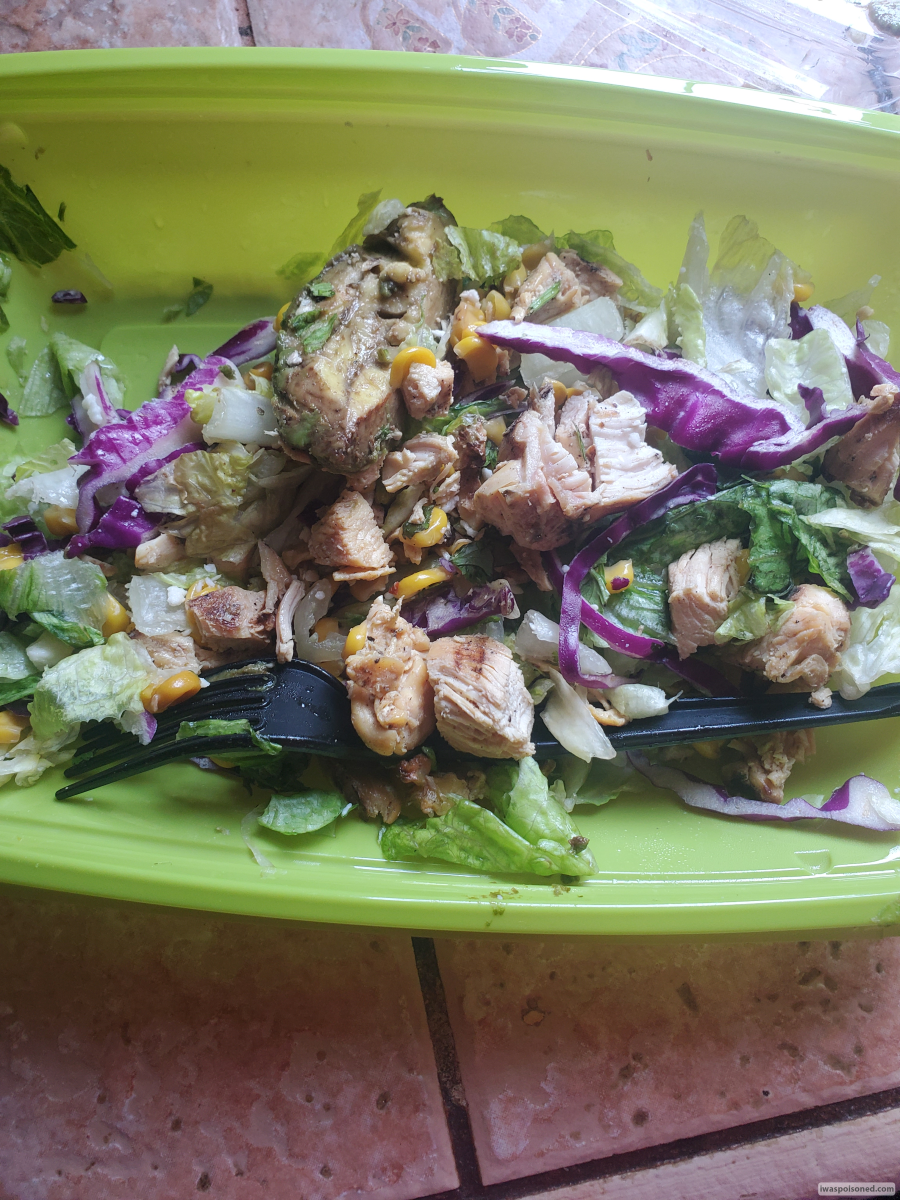 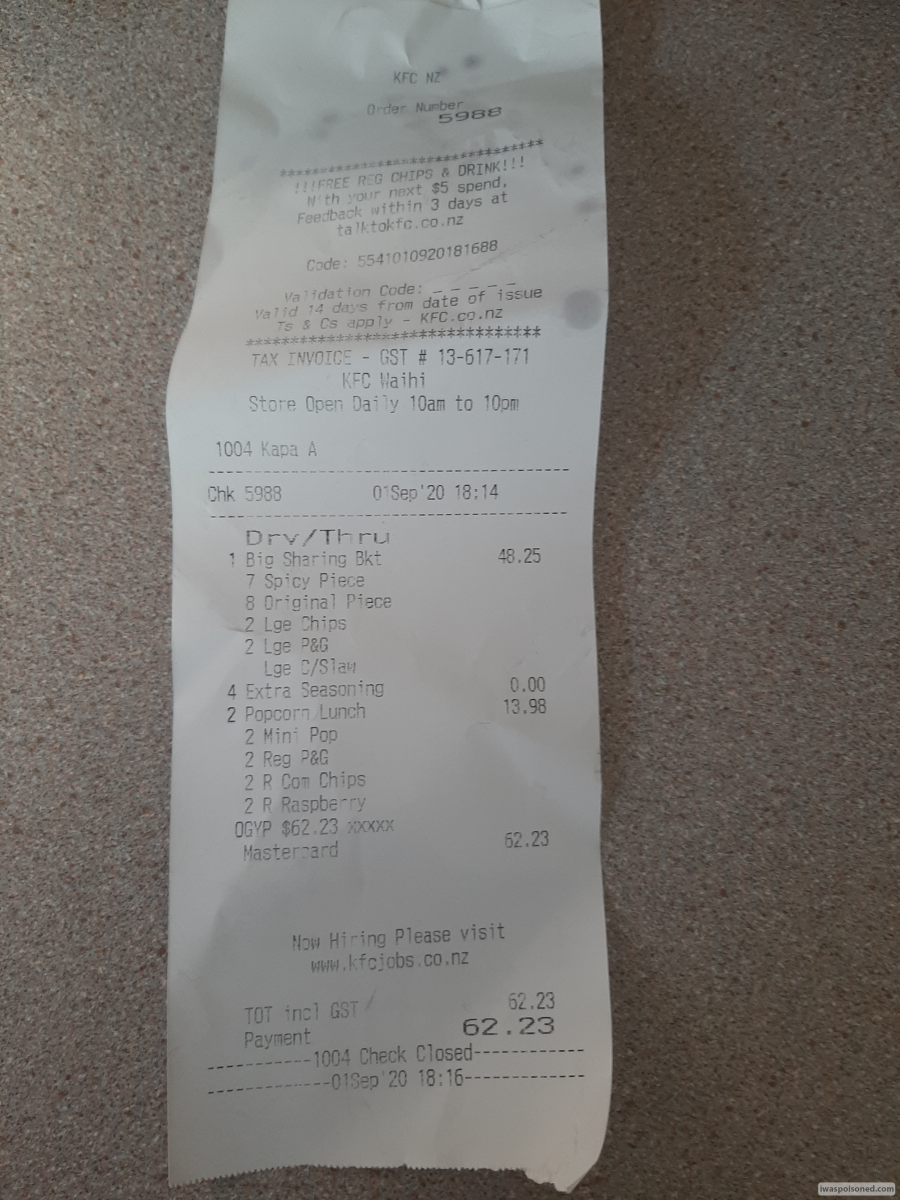 “Amy's Chinese Noodles & Veggies with Cashew Sauce I ate the meal and became nauseous before I even finished. Immediately after finishing felt light headed, nauseous, stomach cramping. Then turned into diarrhea, vomiting and extreme anxiousness. I was worried it may be an allergic reaction. At h... See Moreospital now on IV fluids and meds. See Less” 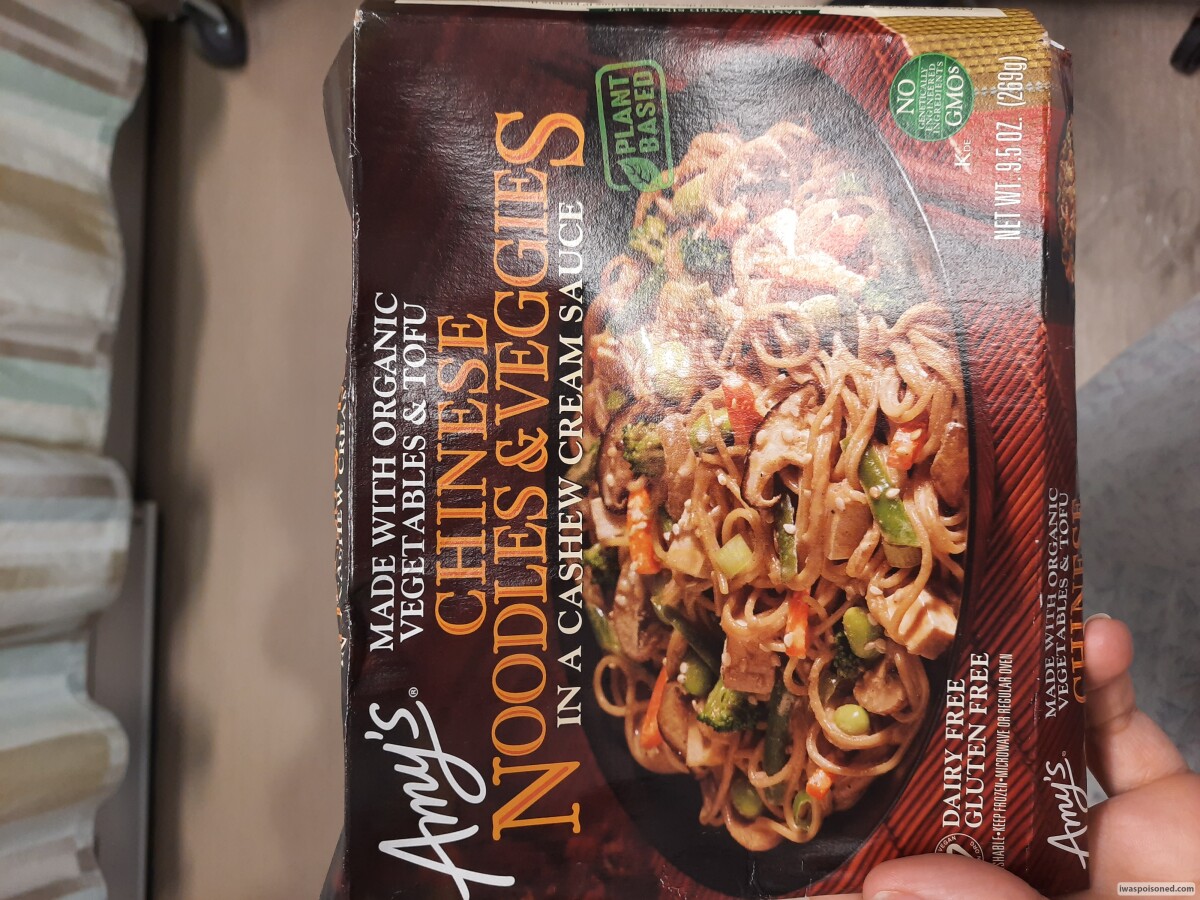 “Got violently ill after consuming C-weed brand seaweed salad from here. I only consumed that in the day. See Less” 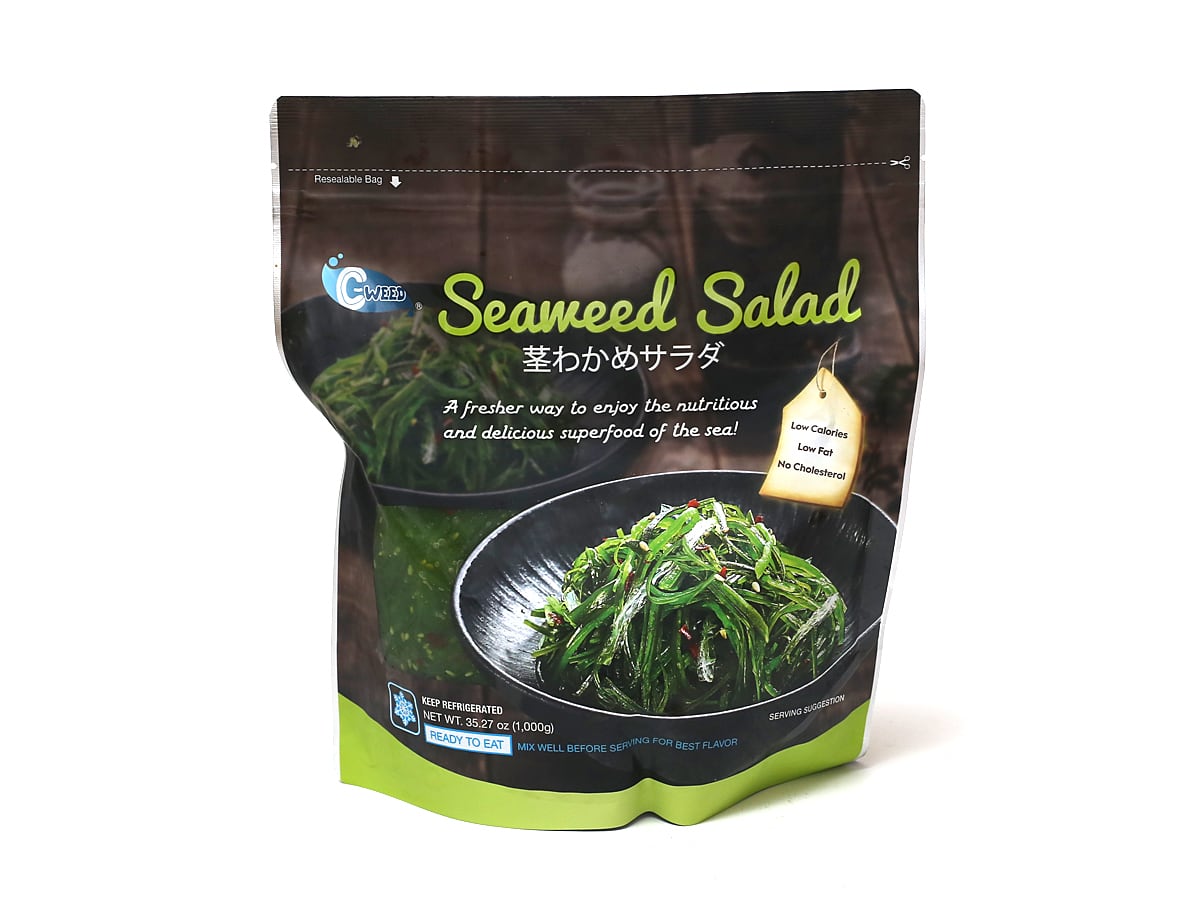 “Not exactly sure but felt sick after eating. Within 2 hours. 1 got sick. Within 2 hours of eating there had symptoms. Now over 12 hours later and still no better. No blood though. See Less” 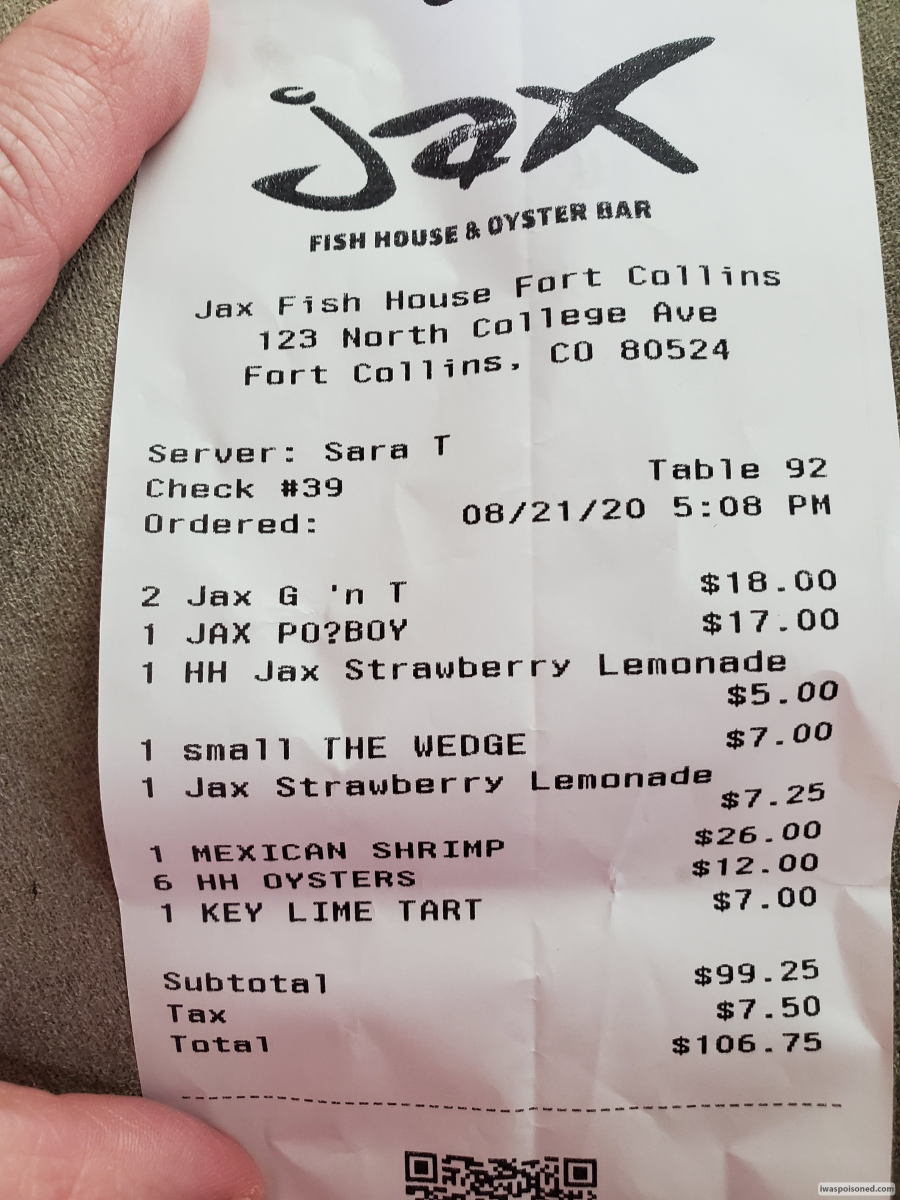 “double cheeseburger  Ordered online at 4:13am ate the food approximately 30 mins later and woke up nauseous at 10am and started vomiting 20-30 mins later. I only eat one meal every 24 hours so that’s how I know 100% it was this I don’t get their food often but I got them 3 weeks ago and it also made... See Moreme nauseous however I didn’t vomit that time.  See Less” 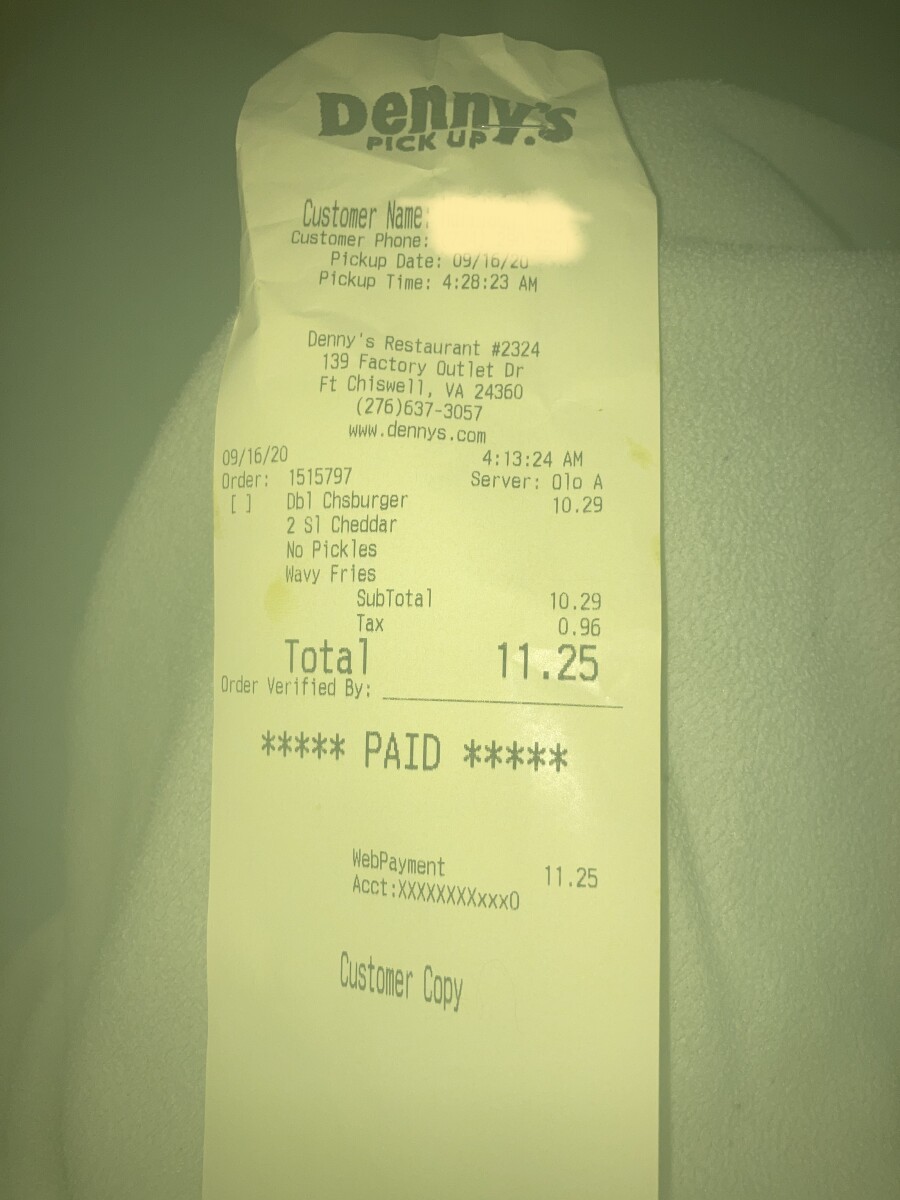 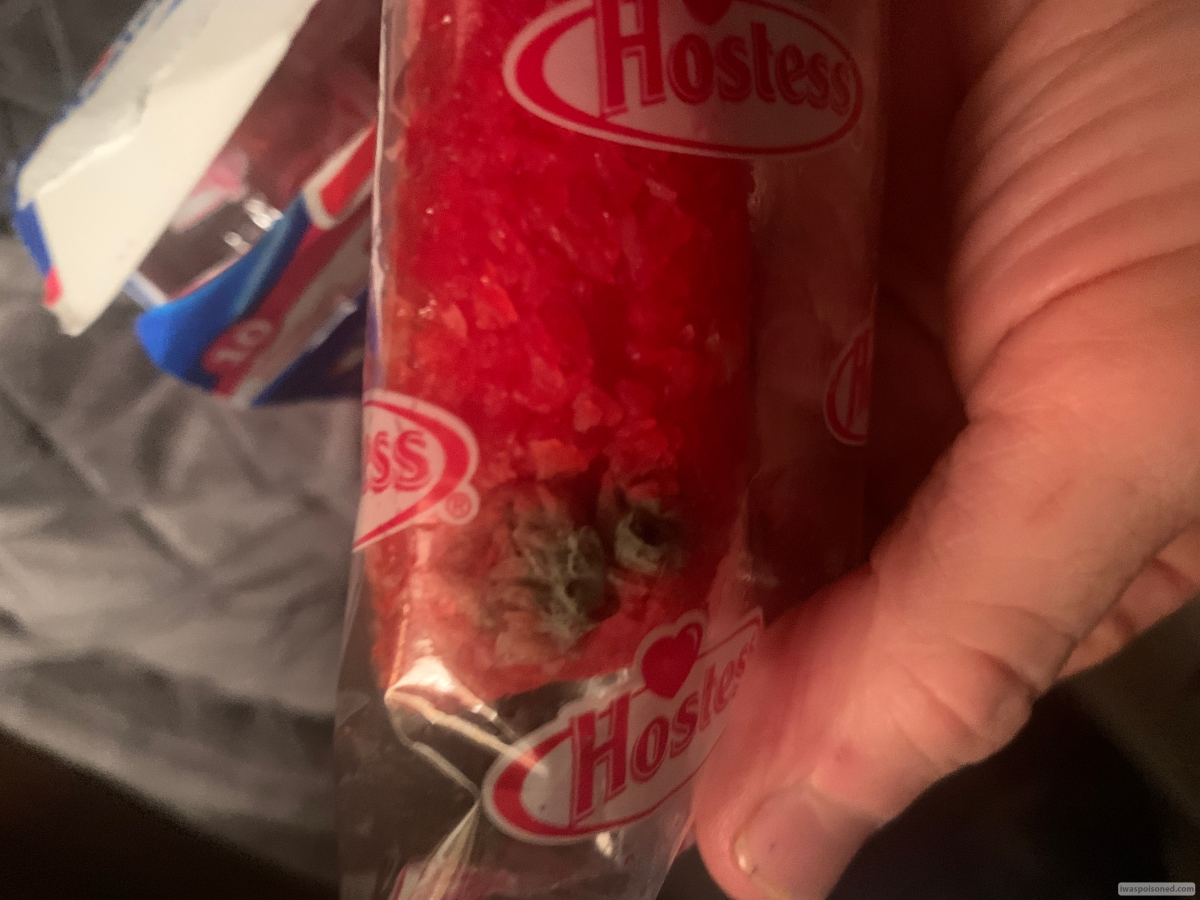 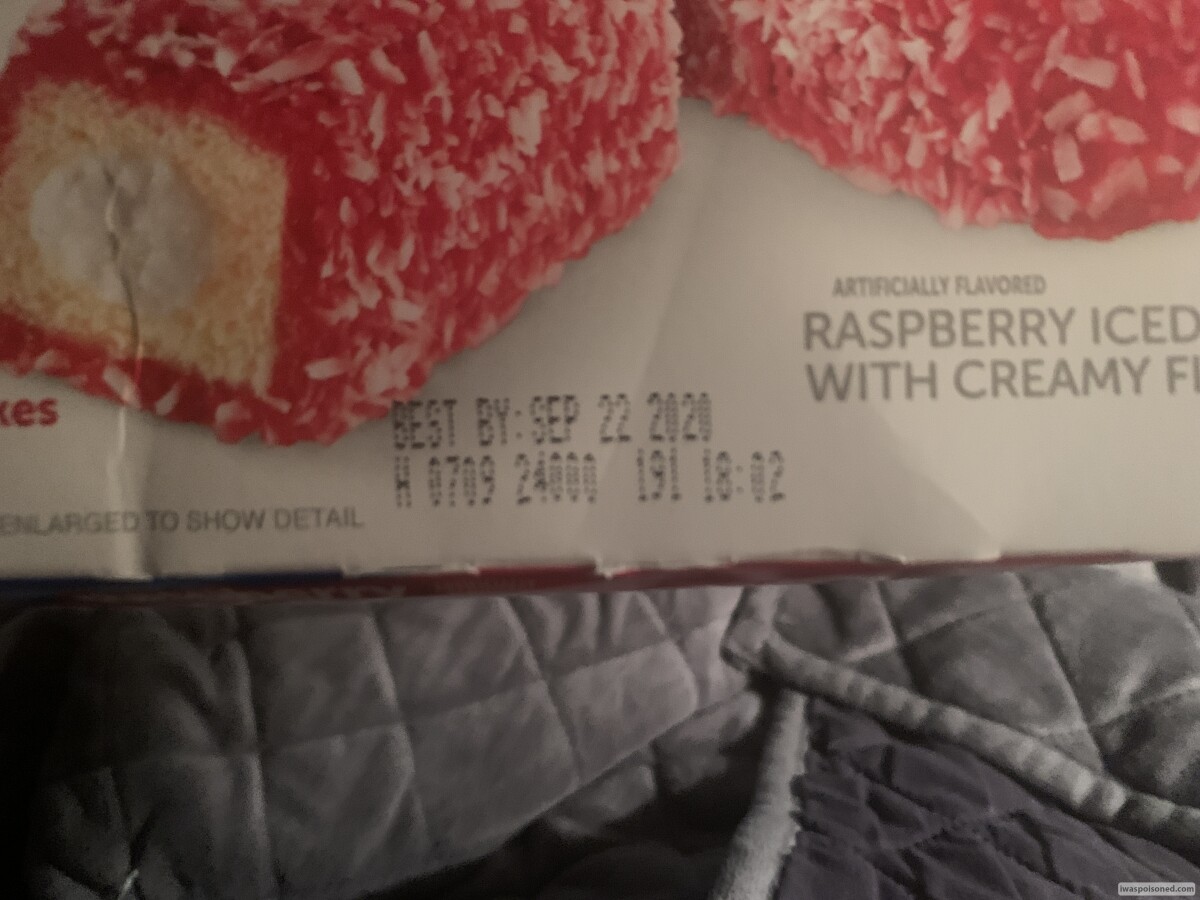 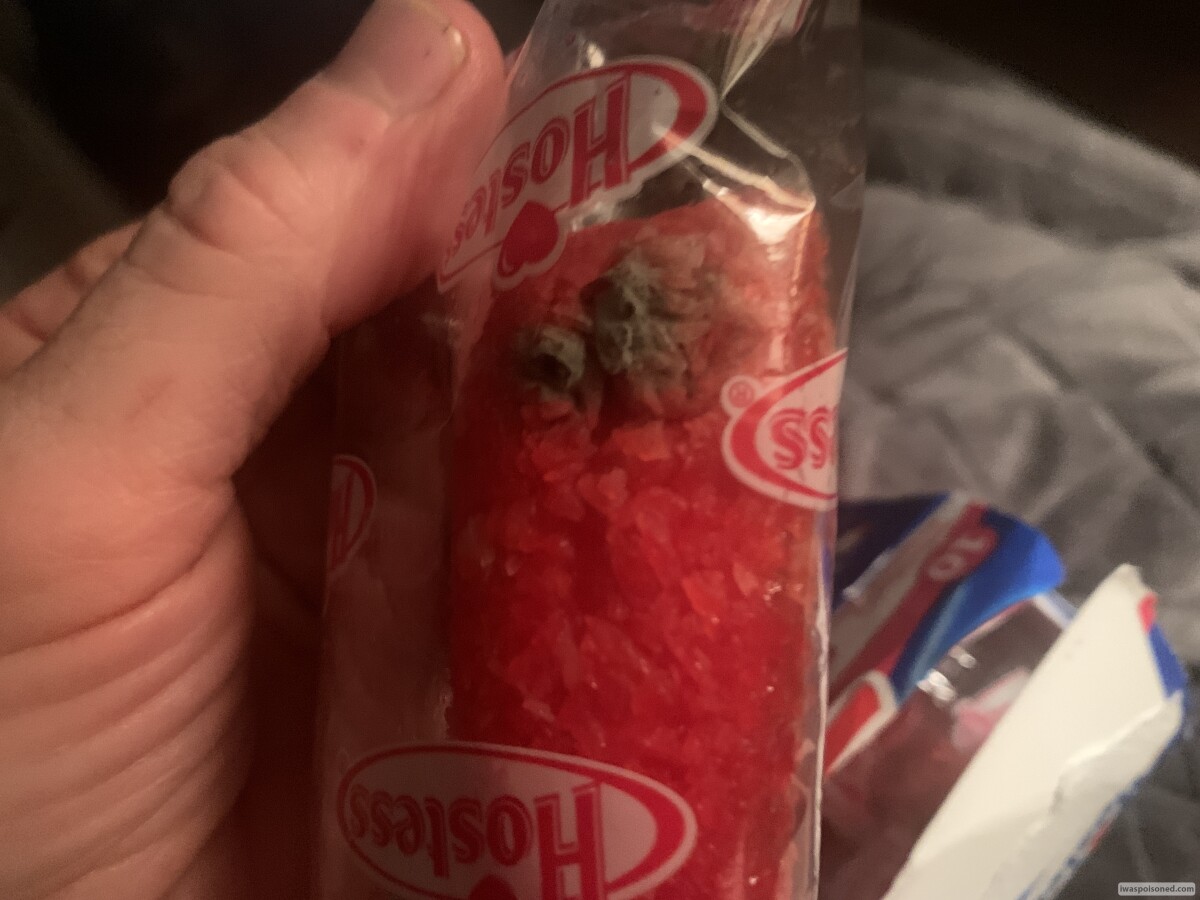 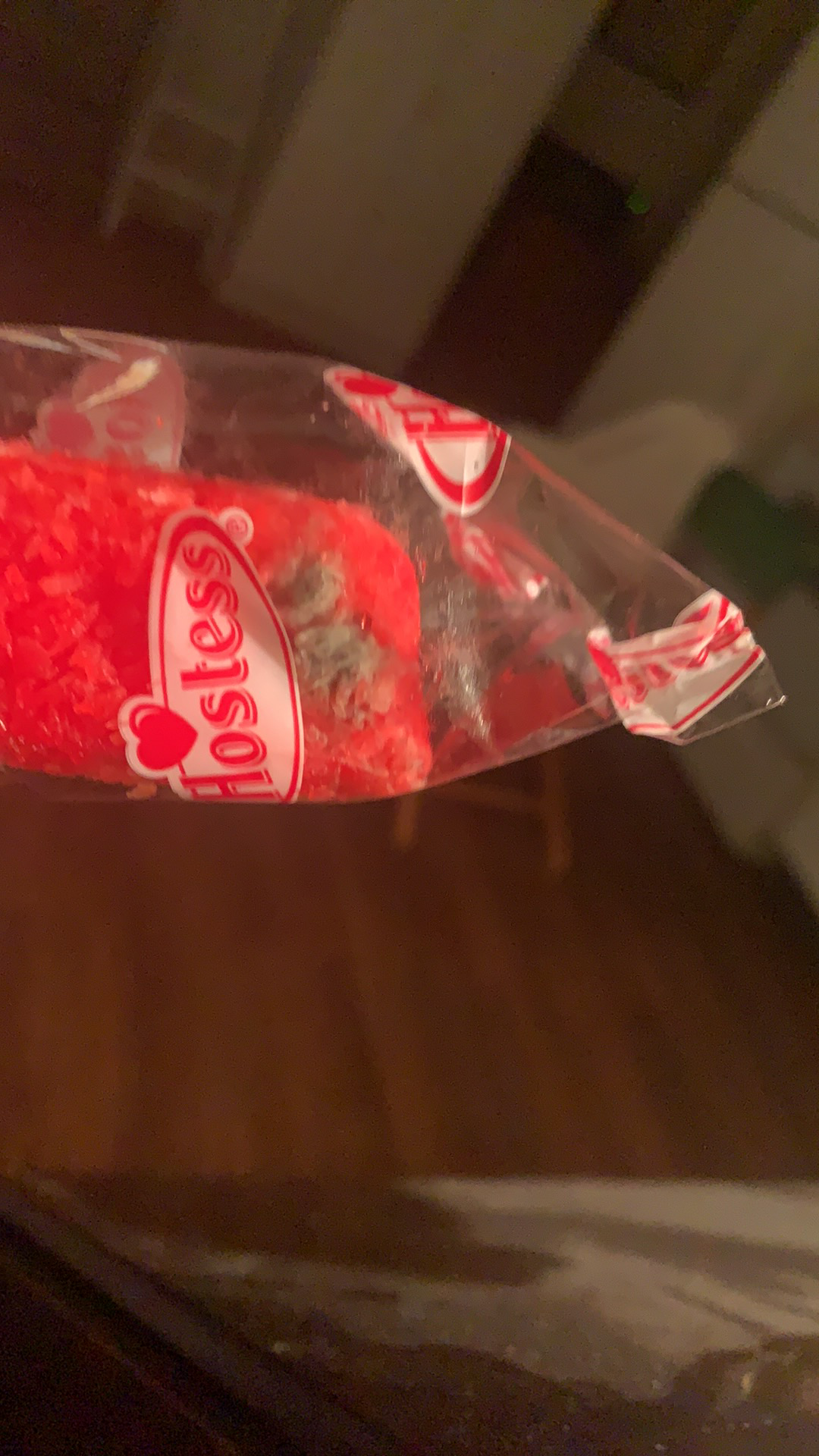